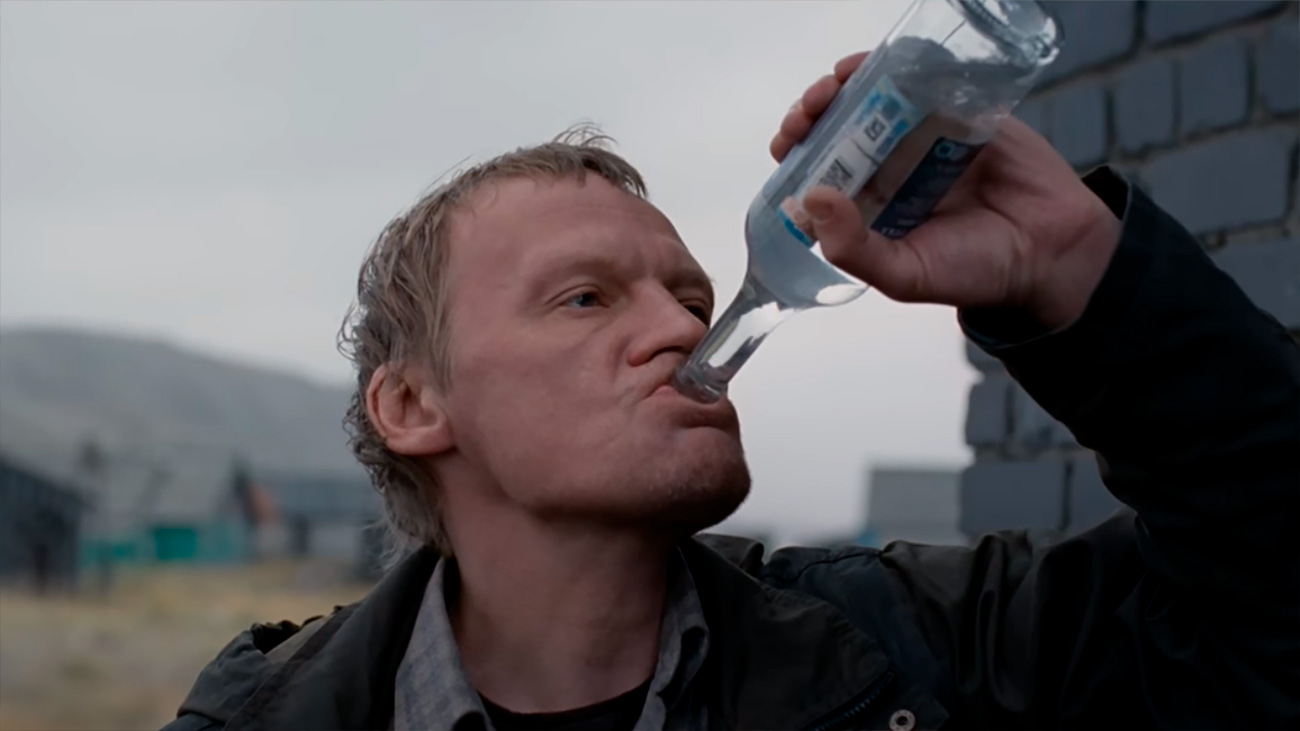 There were arguments about the Leviathan on every corner; the amount of alcohol in the film, people said, was most insulting.

VideoLand/screenshot/youtube.com
Foreign critics shower these pictures with awards, whereas nobody believes a word at home. Such occasions happen regularly to the movies of the most famous directors. Offending nostalgic memories of the Soviet Union, a “deceitful biopic” about the last tsar, boozy Russians and dirty monologues are just a few of the reasons why movies attract opprobrium.

The love story of Tsar Nicholas II and ballerina Mathilde Kschessinska has been the subject of public indignation for more than a year. Uchitel's movie faced many obstacles during its production, including checks carried out by the public prosecutor’s office (on suspicions of breach of laws on the sanctity of religion), public accusations of defamation and desecration, the burning of theatrical posters and a portrait of the director and other protests actions, including the most recent - when a petrol bomb was thrown at the offices of the production company in St. Petersburg.

The Ministry of Culture is sarcastically predicting it may successfully represent Russia in the Oscars (if the Russian committee nominates it) as “the movie showers with dirt Russian history and films that do that have a tendency to win”. Movie critics say the scandal is likely to make it a box office hit.

A grey, distant province, corrupt mayor, pious priest, breathtaking landscapes and streams of vodka – a social drama by Andrey Zvyagintsev about relations with the state and the archetypal Russian struggle of a “small man” against the system gained as many international awards as unfavorable epithets at home. It earned sumptuous praise abroad, winning a Palme d'Or in Cannes; Golden Globe and Oscar short-listing in America and prizes from international critics' body FIPRESCI and the London film critics awards. At home there were angry letters to the press about its “evil”, rage from Orthodox activists, and dismissive officials.

There were arguments about the movie on every corner; the amount of alcohol in the film, people said, was most insulting. “We don’t drink so much” commentators on social media sites remarked, suggesting the director's vision was unrealistic.  Government officials were indignant that taxpayers helped pay for the movie and now it looked like “state masochism”. However, it seems that people were mostly offended because the picture about “bad Russia” was crowned with honors in the West.

In “Yuri’s Day”, a female opera singer experiences a personal drama and decides that rather than taking a tour of Europe she will seek salvation in a provincial town in Russia, where she can confess among the locals, provincial characters, alcoholics and parishioners of numerous churches.

The film of life in a faceless Russian town turned out to be one of the most scandalous of the famous director. But this time the accusations of improbability and banality were made not by the state, but by Russian critics en-masse, despite the fact that is was highly praised overseas, receiving four awards in the Locarno festival alone. The movie was criticized both for its spirituality and spiritual impoverishment - that it glorifies Russia and annihilates it at the same time.

Unflinchingly horrific, Balabanov's film, set in the dying days of the Soviet Union shocked, many people. It features a psycho police officer who rapes and kidnaps a daughter of a high-ranking communist, a fly-covered corpse lying lifeless on a bed, manipulative state TV and the Soviet-Afghan war in full swing. State media reviewers and public opinion attacked the film as a misrepresentation of Russian history (and seeming a parallel of contemporary Russia at the same time) as the Soviet Union remains something that is purely nostalgic for them.

The film was shown out of competition in Venice and won an award at the Rotterdam film festival. In Russia, several actors who regularly appeared in films by Balabanov refused to work with the director on the movie. There were doubts it would get a distribution license, but once awarded the result was a film that caused a shudder to run through the whole country, hard to watch, even for the most seasoned viewers.

Kira Muratova was always an irritant for Soviet censors. Her “wrong movies” with a lyrical mist, estrangement and difficult questions such as “what the public is” were dearly loved in the West and hated by apparatchiks in Russia. Some pictures were left in the closet for years, some destroyed by editors and Muratova herself was in disgrace for a long time.

Her “The Asthenic Syndrome” was the beginning of the director’s festival life (the film won a special jury prize in Berlin) and prompted discussion about the acceptable use of swear words in Soviet movies. The film was shelved for two years in Russia before it was finally shown: Gorbachev's perestroika was able to digest the film's diagnosis about a delirious old ideology and the oddities of the new one, but was unable to resign itself to the violent and obscene dialogue for a long time. Initially the only legal screenings were in film clubs. After Muratova began wining awards internationally opposition ended, though gossip on the subway remained.

Who will survive in post-apocalyptic Moscow?>>>

Waiting for new Mad Max movie? We know the place to film it>>>