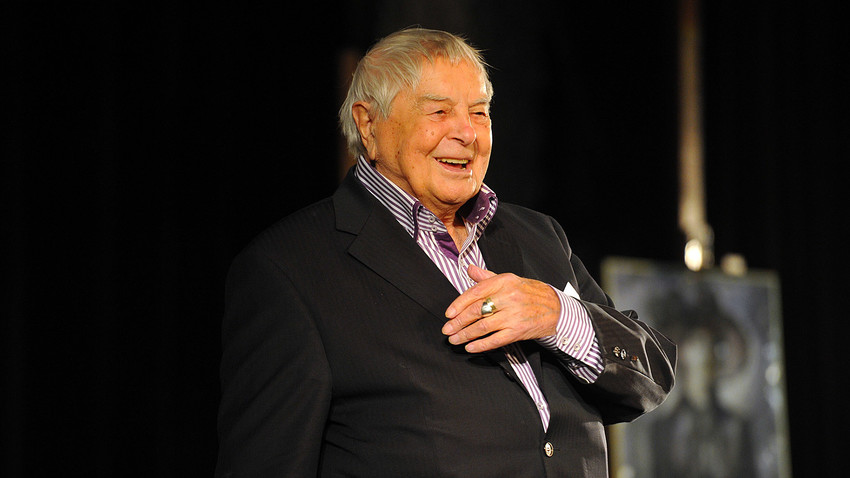 Komsomolskaya Pravda/Global Look Press
He was one of the most prominent theatrical figures in Russia.

Yuri Lyubimov, born on Sept. 30, was a stage director of incredible importance for Russia. He took charge of Moscow's Taganka Drama Theater in 1964 - he and his actors recreated the Russian avant-garde theater of the 1920s.

A series of scandals rocked Lyubimov at the beginning of the 1980s – first several of his plays were banned and then he criticized the Soviet government. As a result, he was stripped of his Soviet citizenship. In 1988, Lyubimov was allowed to return to the Soviet Union, where he continued directing plays at the Taganka Theater.

Yuri Lyubimov remained the theater’s director until a conflict arose between him and the troupe in 2011 resulting in his departure.  He continued to stage productions at the Vakhtangov Theater and the Bolshoi Theater - where he staged "Prince Igor" last year.

He passed away on Oct. 5, in Moscow, a few days after his 97th birthday.

theater On this day