7 Russian songs about the U.S.: Why San Francisco is a city in the style of disco 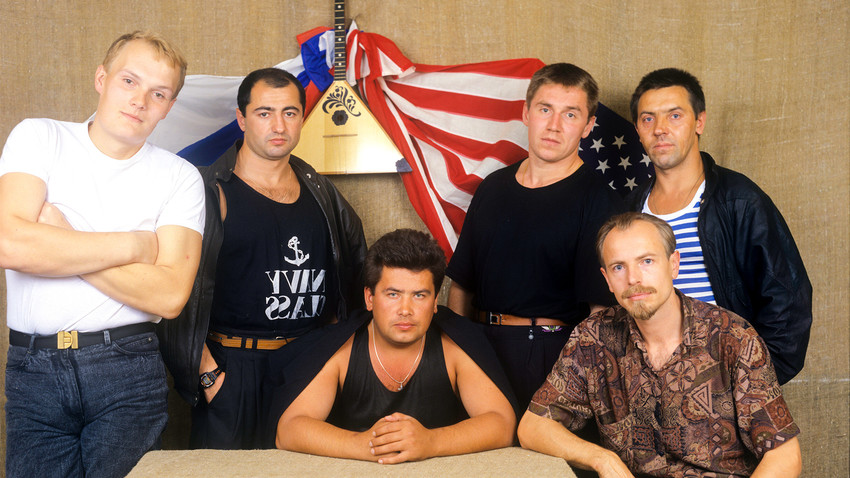 Global Look Press
These numbers are written from the heart and some are full of pain and sorrow. They’re about Russian women dreaming of foreign men, missing the Motherland, and the fall of the USSR.

It seems like no other country features more than the U.S. in Russian songs penned during the eighties and nineties, as those behind the Iron Curtain dreamed of a better life. Russia Beyond brings you seven of the best.

This song was written in 1990 and is devoted to the similarities shared by Russians and Americans. The singer promises to provide the people of the U.S. with warm clothes and shoes (valenki are traditional Russian winter shoes made of wool).

Don’t fool around,
America!
Here’s some valenki –
You must be freezing.
For Siberia and Alaska –
The two shores are the same
Banya, vodka,
Accordion, and salmon.

This song features on the score for the movie Weather Is Good on Deribasovskaya, It Rains Again on Brighton Beach (1992). The Russian-American comedy follows KGB and CIA agents working together to take down the head of a Russian organized crime group in , whose headquarters are located on Brighton Beach, an area where many Soviet émigrés live. This song was recorded by the actor Dmitry Kharatyan is about the life of Soviets in the U.S.

For me, Brighton Beach from Deribasovskaya [the main street in Odessa]
Is just across the ocean and around the bend.
For me, between Brighton beach and Deribasovskaya
There’s no difference at all.
Hello, America!
From the other coast
You seem to be a paradise
And look ok!

Penned in 1985, this tune became a real anthem of generation. For those east of the Iron Curtain, the U.S. seemed like a garden of - but with the fall of the Soviet Union, American became like any other country, full of McDonalds and jeans. This song is about the end of illusions and was used twice in the famous Brat gangster movies. It was even performed by a children’s choir.

When all those songs that I don’t know
Will fade down
In the tart you’ll hear a scream
Of my last paper boat
Goodbye America, oh
Where I have never been
Farewell forever!
Take your banjo
And play me for

Carman was one of the first Russian bands to make modern disco music. This song written in 1992 is about the city many Russians dreamt of at the time: San Francisco.

In the beginning of the nineties, many Russian women romanticised about the foreigner who might sweep them off their feet and take them back to his country...

I'm playing the balalaika, it's the most Russian instrument
I am dreaming of Jamaica, in there are no such things
There is no joy in my private life, my years pass for nothing
So, where are you my foreign prince, come quicker, I wait for you!
American boy, American joy, American boy for all the time
American boy, I'll run with you, Moscow goodbye

life of is not easy. This number was written during a period when many people dreamt of leaving Russia in search of the good life. The singer reminds us though, for those who did manage to escape - they still missed Russia’s golden-domed churches and the cold frosts.

The airport meets you with a ring of lights
Your hand is flipping a notebook in search of friends.
Where are they? Here's the problem, it seemed that they always will be.
Take a drink of whiskey, that makes less hurt.

Yet another song about fleeing Russia! Korneluk’s lyrics are full of pain. He talks about missing the Motherland after leaving it, especially the cold winters.