6 must-see exhibitions in Moscow about the 1917 Revolution

Culture
Alexandra Guzeva
The centenary of the Bolshevik seizure of power is being celebrated widely in Russia and abroad: with movies, lectures, online projects, theater performances and public events that bring to light unknown facts, and give new interpretations to an otherwise well-known timeline. Here is our list of the most interesting current exhibitions in Moscow about that turbulent time. 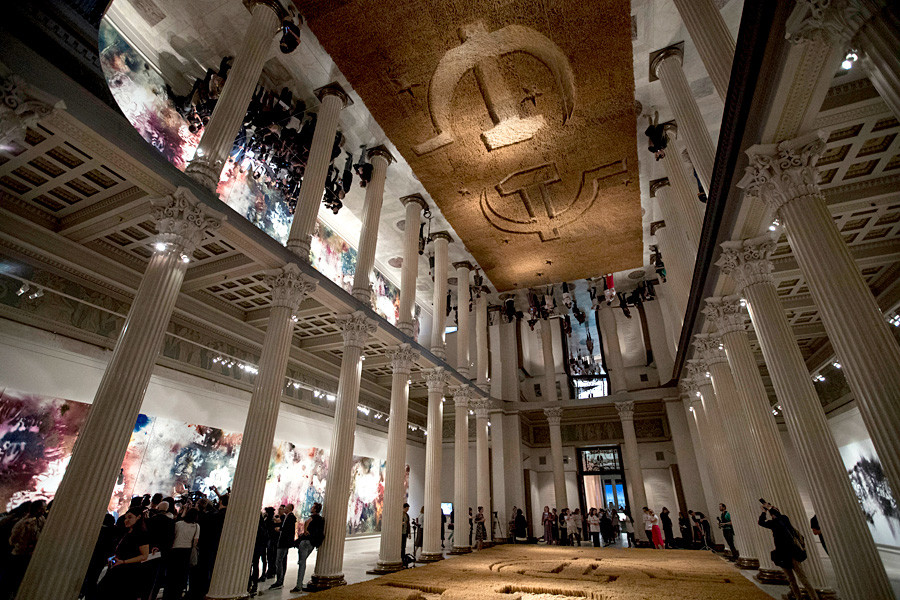 One of the most anticipated art events of the year in Moscow is an exhibition that looks at the Russian Revolution through the art of acclaimed Chinese artist, Cai Guo-Qiang. Large canvases, as well as small works and video art installations, were specially created for this exhibition. Guo-Qiang’s technique is based on burning gunpowder poured on the canvas.

Visitors to the Pushkin Museum can for the first time see not only finished but also sketches and drafts. Guo-Qiang has prepared for Moscow a wide array of symbolic and powerful images: red stars, a rethinking of Malevich’s works, and a huge rye panel with the most recognizable Soviet symbols – the hammer and sickle.

The exhibition begins outside the museum building with a large-scale installation, “Fall,” which looks like a pile of baby carriages donated by citizens, and birch trees growing from them. This is both a metaphor of children’s dreams and an allusion to a fragment of Sergei Eisenstein’s legendary film, Battleship Potemkin, which features a baby carriage rolling down the staircase.

The exhibition runs until Nov. 12. Tickets and more information can be found here.

'Someone 1917' at the State Tretyakov Gallery 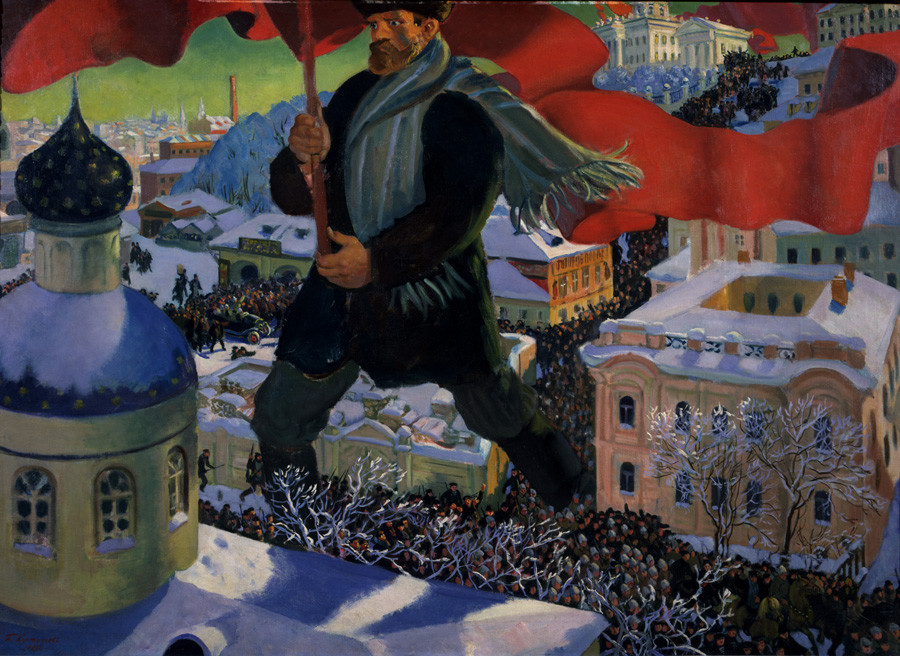 The State Tretyakov Gallery, Moscow’s leading collection of Russian art, also felt obliged to mark the anniversary, and it has gathered about 120 art masterpieces from Russian and foreign museums (including Pompidou Center in Paris, and Tate Modern in London). Curators took an unusual approach and show paintings made in 1917 that surprisingly don’t reflect the upheavals of the Revolution. These artists seem not to pay attention to the tumultuous events, and keep on drawing portraits, stills and idyllic paintings of peasant life, for example, the works of Boris Kustodiyev and Zinaida Serebryakova.

Among the most famous artists on display are Kazimir Malevich, Kuzma Petrov-Vodkin, Boris Grigoriev, Alexander Rodchenko, Vassily Kandinsky and many more talented artists.

The exhibition runs until Jan. 14, (at the New Tretyakov Gallery on Krymsky Val).

'1917. The Code of Revolution' at the State Central Museum of Contemporary History of 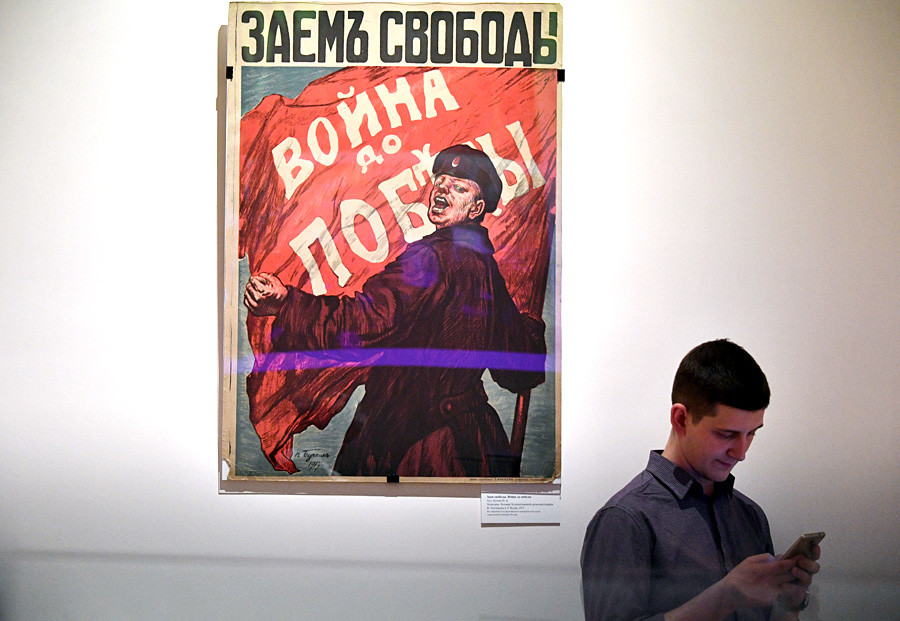 addition to this special exhibition, the museum’s main collection is fascinating enough to visit. It’s located in the very heart of Moscow, on Tverskaya Street, in the former Museum of the Revolution, which in tsarist times was of the English Club.

This exhibition is a historical chronicle of October 1917, showing rare items from the time of the Revolution, such as the personal notes of Vladimir Lenin, propaganda porcelain, and personal belongings of other major revolutionary participants. There are more than 1,500 items in total.

The exhibition runs until Nov. 12. For more information click here.

'Freedom for All? The History of a Nation in the Years of the Revolution' at the Jewish Museum and Tolerance Center 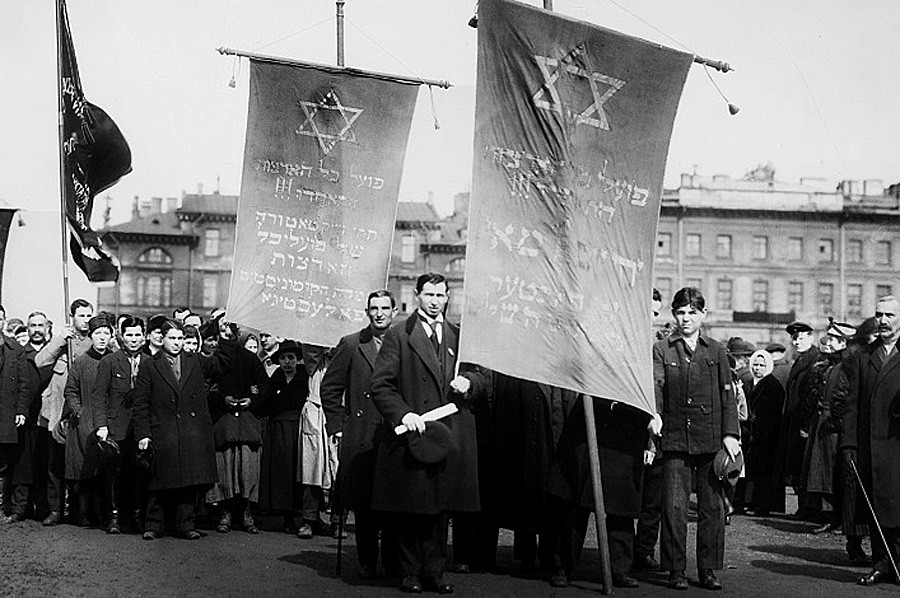 Jewish organizations during the May Day demonstration at Marsovo Pole in Petrograd. 1919 (Unknown author)

The Jewish Museum and Tolerance Center

One of Moscow’s newest and most modern museums, the Jewish Museum and Tolerance Center, shows the cultural, political and religious development of Russia's Jewish community during the years of the Revolution and the Civil War (1917-1920).

This is a multimedia exhibition that shows a timeline of events, as well as participants’ testimonies in the first person. Fine art, photography, books, theater and propaganda posters introduce visitors to the variety of Jewish life, and to the work of the best Jewish artists, among which are El Lissitzky, Chagall, Robert Falk and Issachar Ber Ryback. 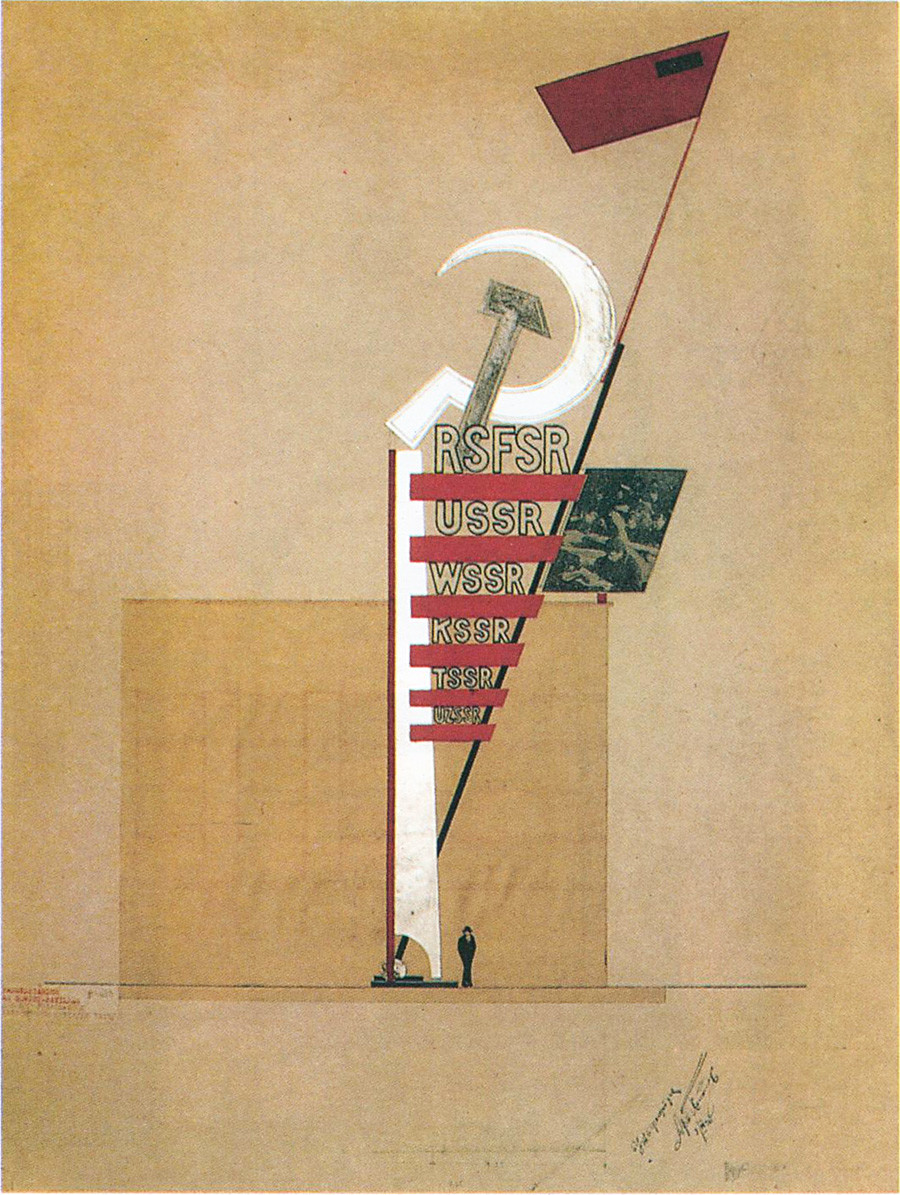 From a Soviet pavilion of the 'Press' exhibition in Cologne, 1928

The Jewish Museum and Tolerance Center

Two great museums unite to show a retrospective of the leading avant-garde artist, El Lissitzky, a trendsetter of early design and architecture.

The Jewish Museum starts with the pre- period of the artist’s work, found primarily in a Jewish organization called “Kultur-Liga.” Meanwhile, in the Tretyakov Gallery, visitors can see about 200 architectural projects, design sketches, and ‘prouns’ graphics, as well as Lissitzky’s inventions that brought notions into architecture.

'Alexander Labas. October' at the Institute of Russian Realist Art 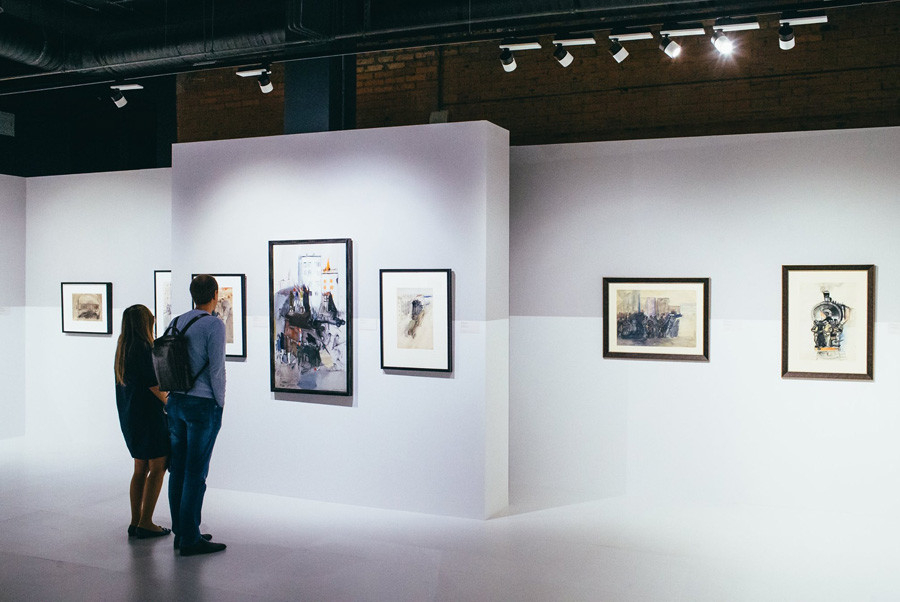 When the Revolution happened artist Alexander Labas was only 17 years old. “I tried constantly to be outside, I was captured by this rhythm, shootings, crowds of soldiers and trucks with Red Army soldiers,” he recalled. “I incredibly feel that era, and those images pursue me.”

Labas’ paintings had a strong impact on official Soviet art. The titles of his works in the exhibition say more than other words: “Sailor,” “October night,” and “Morning after .” Labas captured everything he saw: faces, city views and the atmosphere of those events. In addition to the paintings, there are archival photos.

The exhibition runs until Dec. 1. Click here for more information.