Culture
Vladimir Kozlov
In Moscow, architectural gems are often hidden, cramped between bland cookie-cutter apartment blocks and ugly industrial buildings. To appreciate the beauty and weirdness of Moscow’s architecture check out these iconic buildings from the Soviet period. 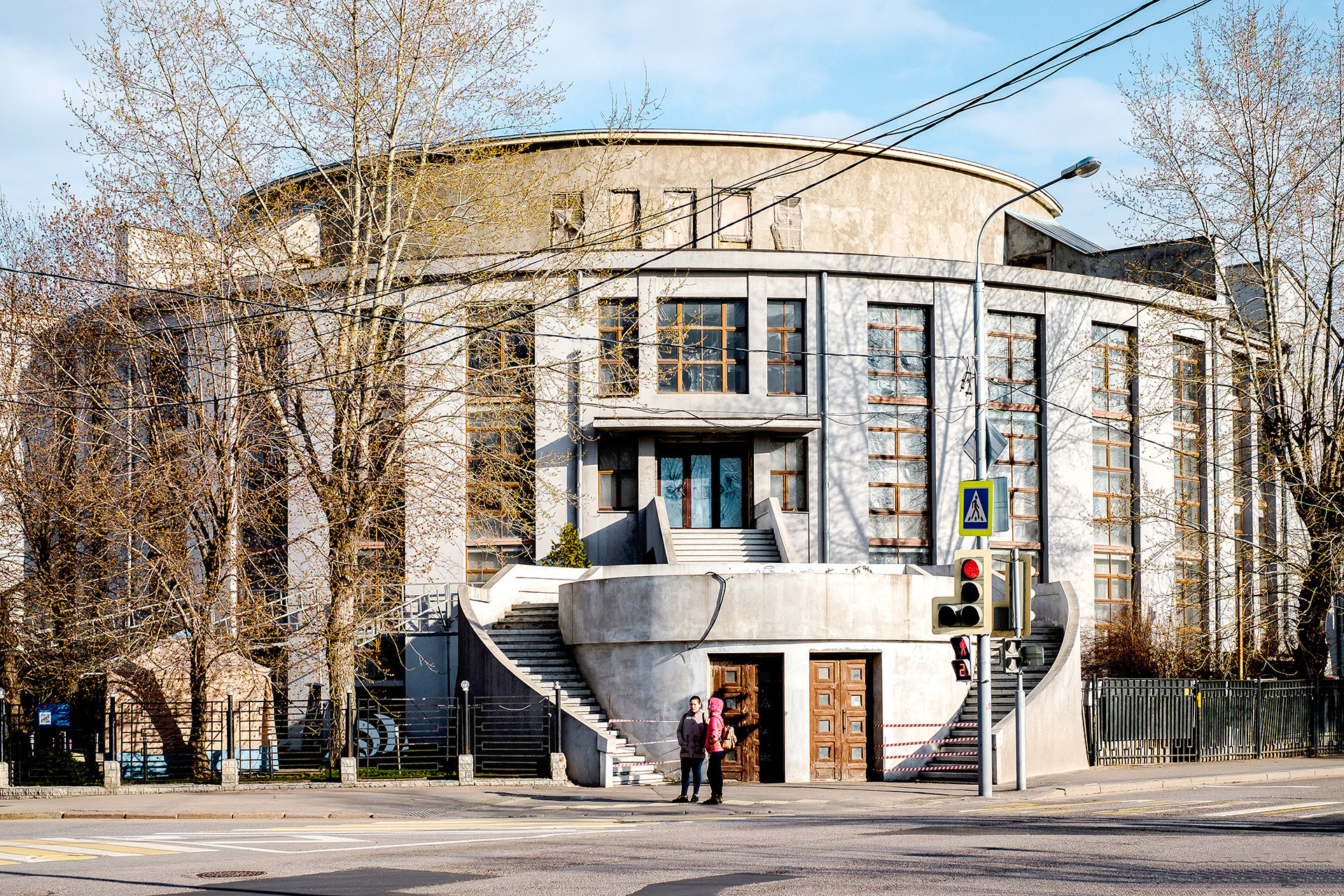 Soviet constructivism in the 1920s and 1930s gave Moscow a few impressive buildings, such as this one at 64 Plyushchikha Street. Finished in 1929, the culture house of the Kauchuk Chemical Factory was designed to look like a model of a chemical compound, with a cylindrical form for the entrance hall, and a quarter of a cylinder for the main hall and rectangular lateral wings.

Technology lagged behind architectural innovation, however, and not all the ideas by the constructivist architectural genius, Konstantin Melnikov, were realized. He originally devised a way to move walls in order to help increase the size of the main hall, but errors in the early stages of construction made that impossible. 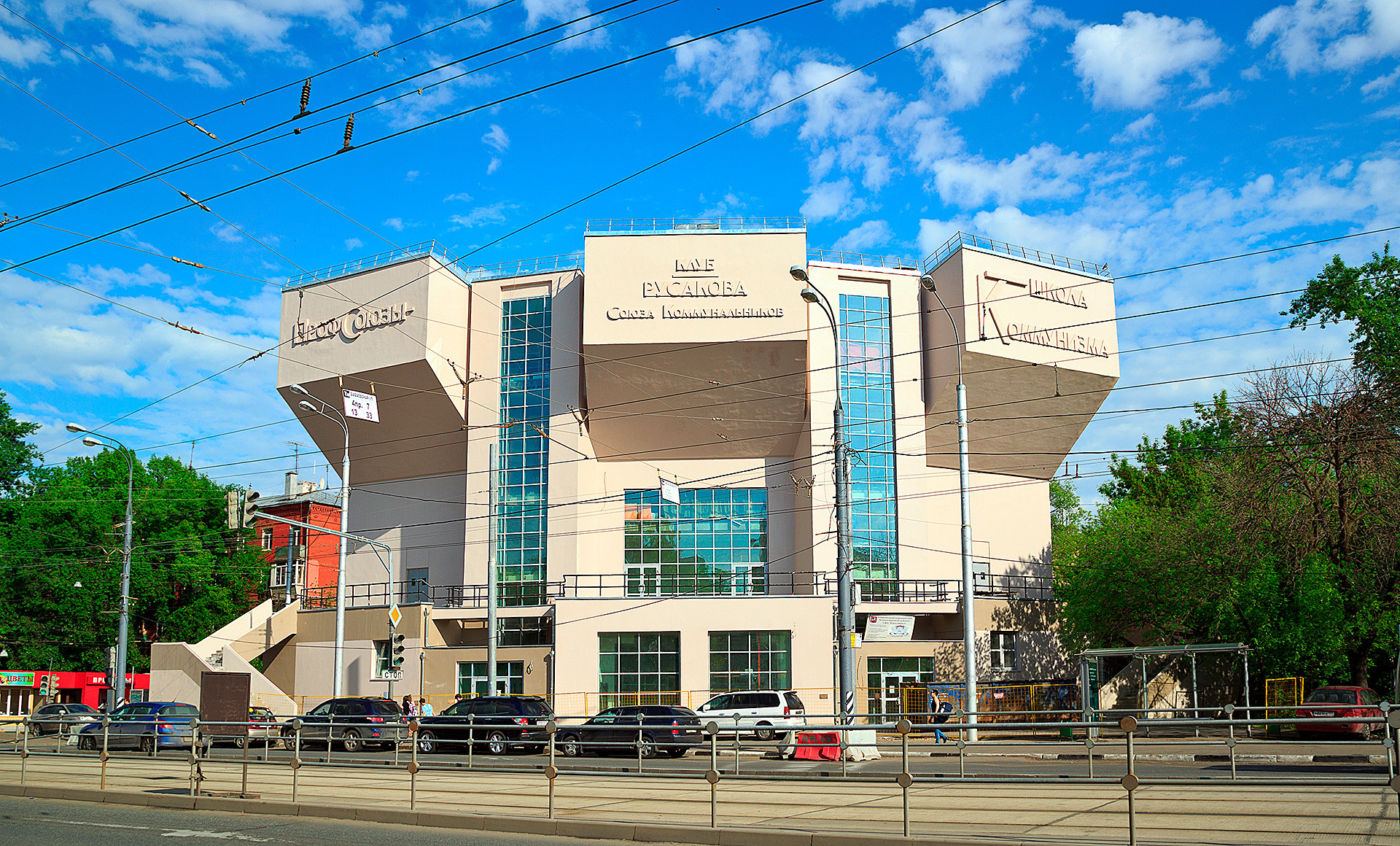 Another example of Melnikov's constructivism has the appearance of a huge gear wheel with three teeth. Built in the Sokolniki neighborhood as a club for workers at a nearby tram park, it was named in honor of the Bolshevik revolutionary, Ivan Rusakov. The "teeth" hanging over the ground host balconies in the main hall. Located at 6 Stromyanka Street, the club’s building was recently restored and is now home to the Roman Viktyuk Theater. 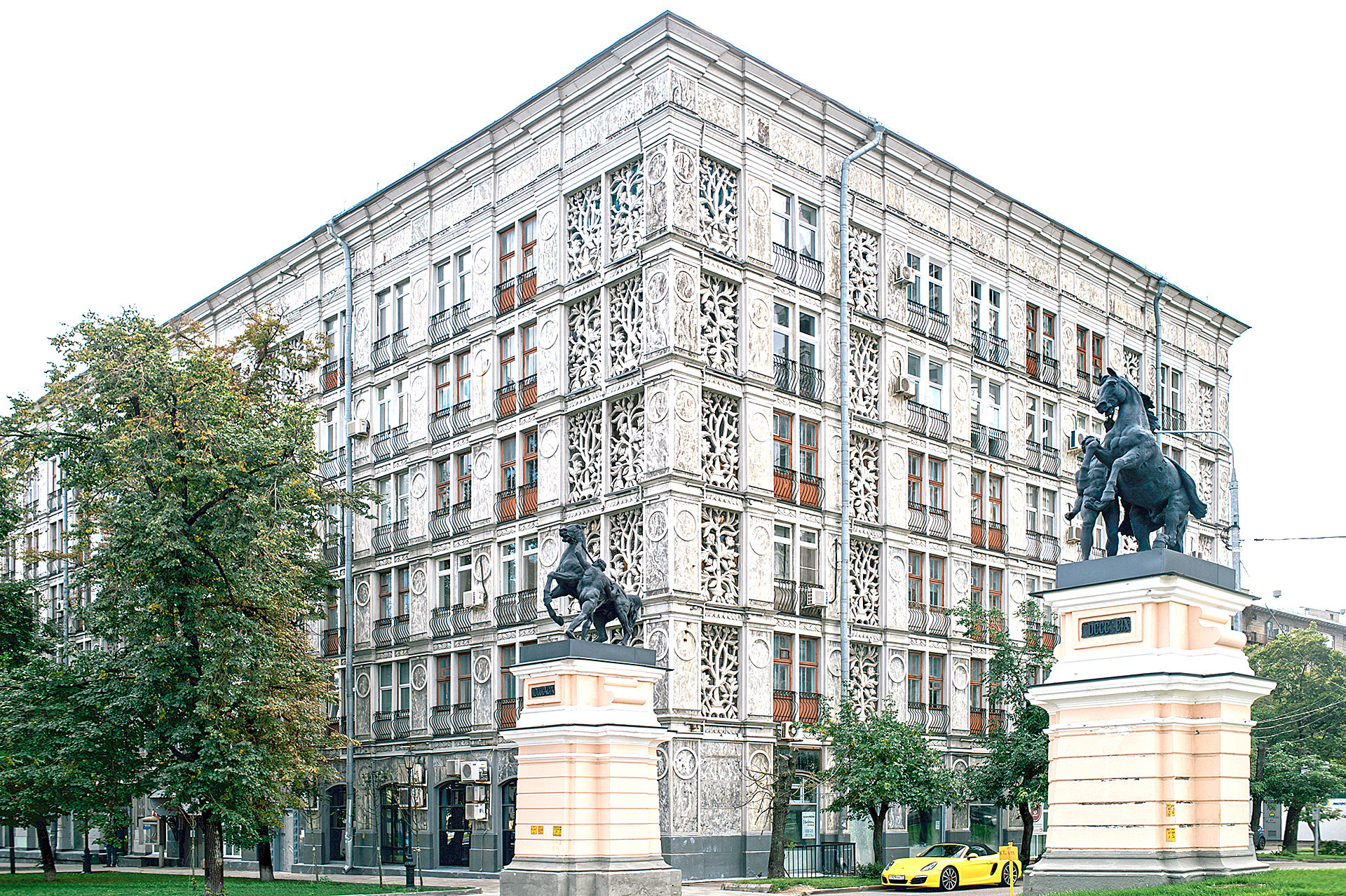 If the idea for this six-story experimental apartment building at 25 Leningradsky Prospect had been realized on a massive scale, Moscow’s neighborhoods would look much more interesting. But Azhurny Dom, "the Tracery Building," designed as a typical residential building for Soviet citizens and completed in 1941, just as the Soviet Union entered World War II, remained only an experiment.

The main feature is the building’s decorative gates designed by Vladimir Favorsky, and bearing references to the Renaissance style. However, they also had a practical use of concealing less attractive elements of the building’s frame. 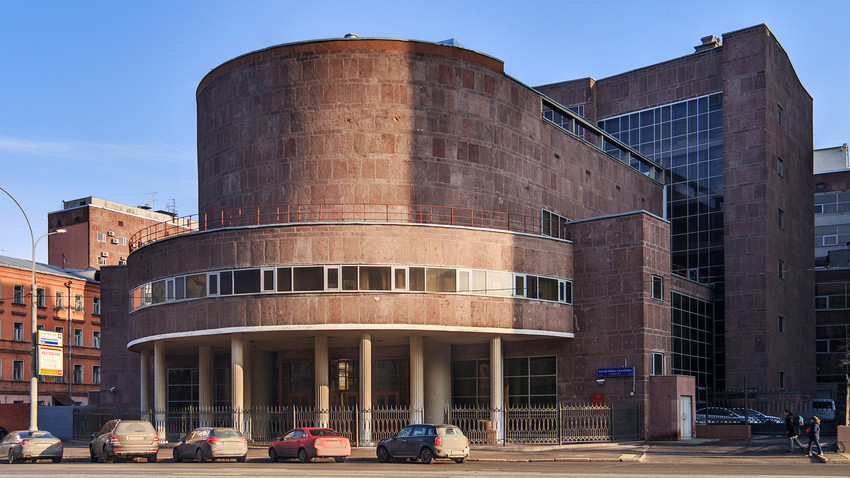 The former Consumers' Cooperative Center building at 39 Myasnitskaya Street dates back to the 1930s and is the only existing structure in the former USSR that was designed by the renowned French architect, Le Corbusier. Among Muscovites, the building is known by the nickname, "Sorokonozhka" (Centipede), because its supports look similar to a centipede's legs.

In 1928, Le Corbusier won the international architectural competition to design the building that would be the headquarters of the USSR’s trade unions. The design was completed a year later, but the building was only finished in 1936 due to a shortage of building materials.

Although it looks rather standard these days, back in the 1930s the building on "legs" and with one wall made exclusively of glass, looked highly innovative. In later decades, a few more ‘centipede’ buildings were erected in Moscow, of which the best known are near the VDNKh metro station and on Begovaya Street. 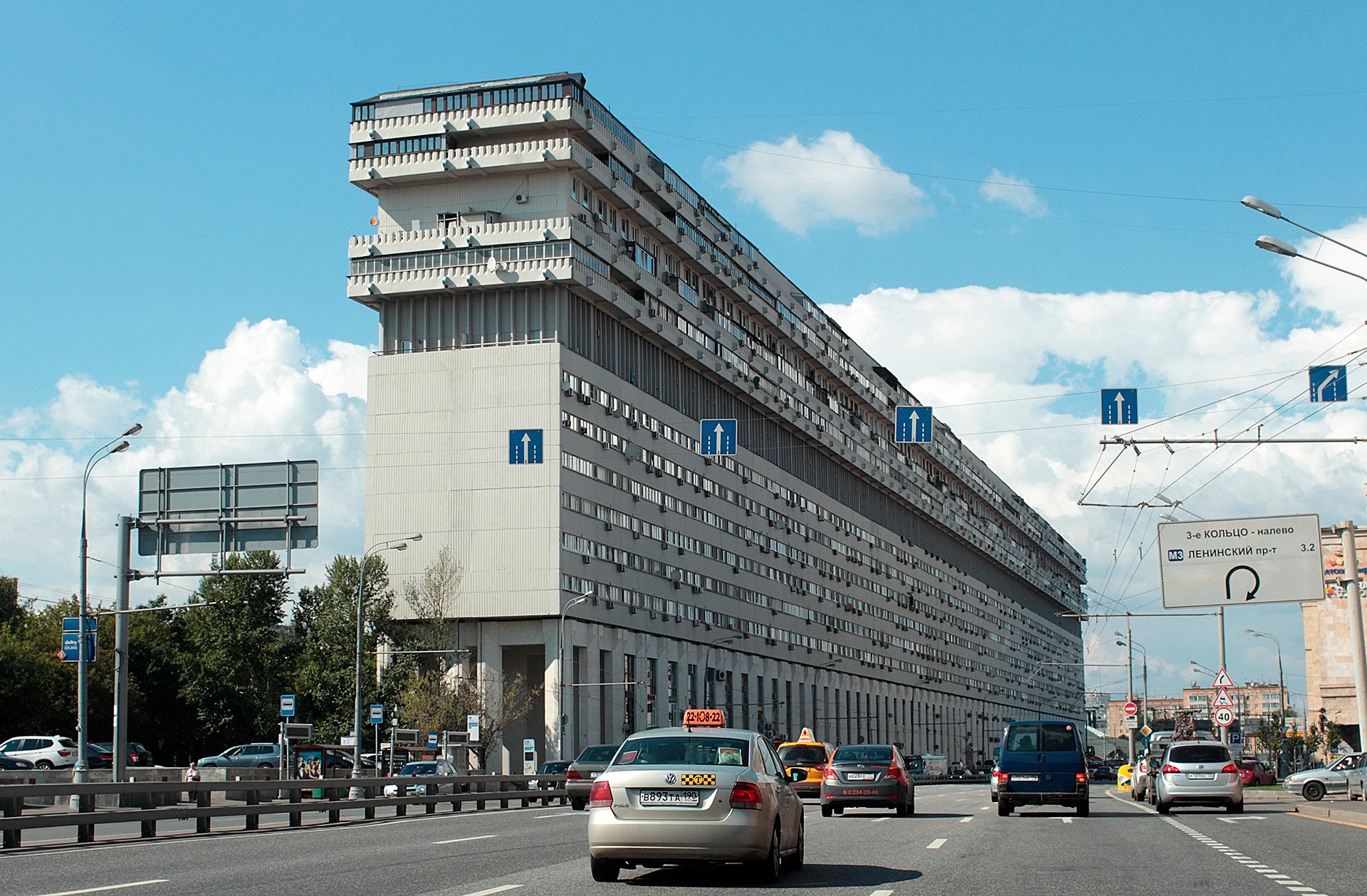 Taking a decade to complete, the building stood out among the much smaller nearby structures, looking like a cruise liner navigating the ocean; hence, the nickname. Rumor has it that the building, designed by nuclear power station architects, was made to survive an atomic bomb blast. According to another rumor, it has unused rooms that have windows but are not accessible. 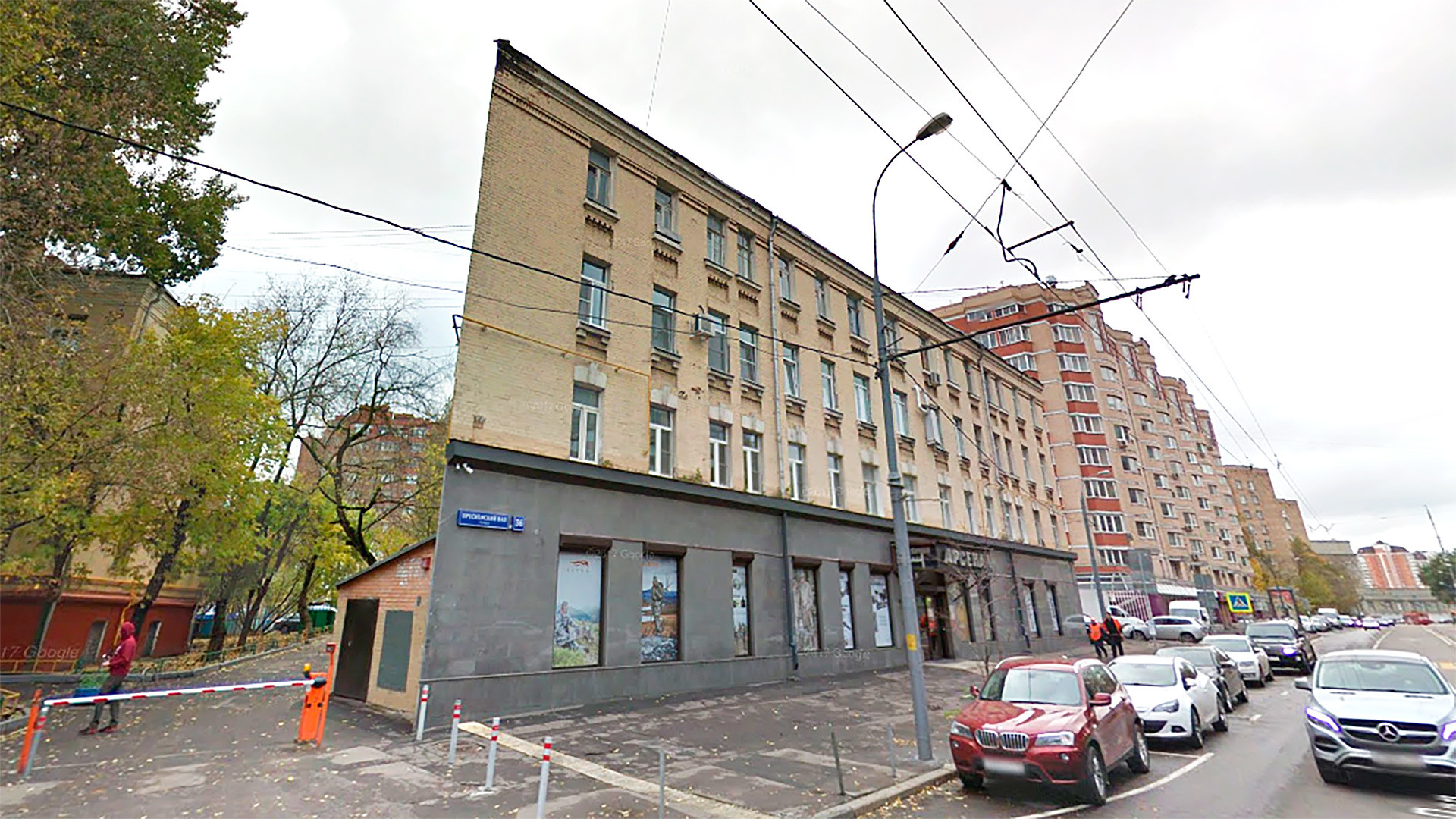 From certain angles, this 1910 wedge-shaped residential building located at 36 Presnensky Val looks as if it were nothing but the facade. This optical illusion was caused by the strangely shaped original plot, which prompted the building's architect to put its walls at a very sharp angle. Incidentally, the next building, at 38 Presnensky Val, has a similar shape. 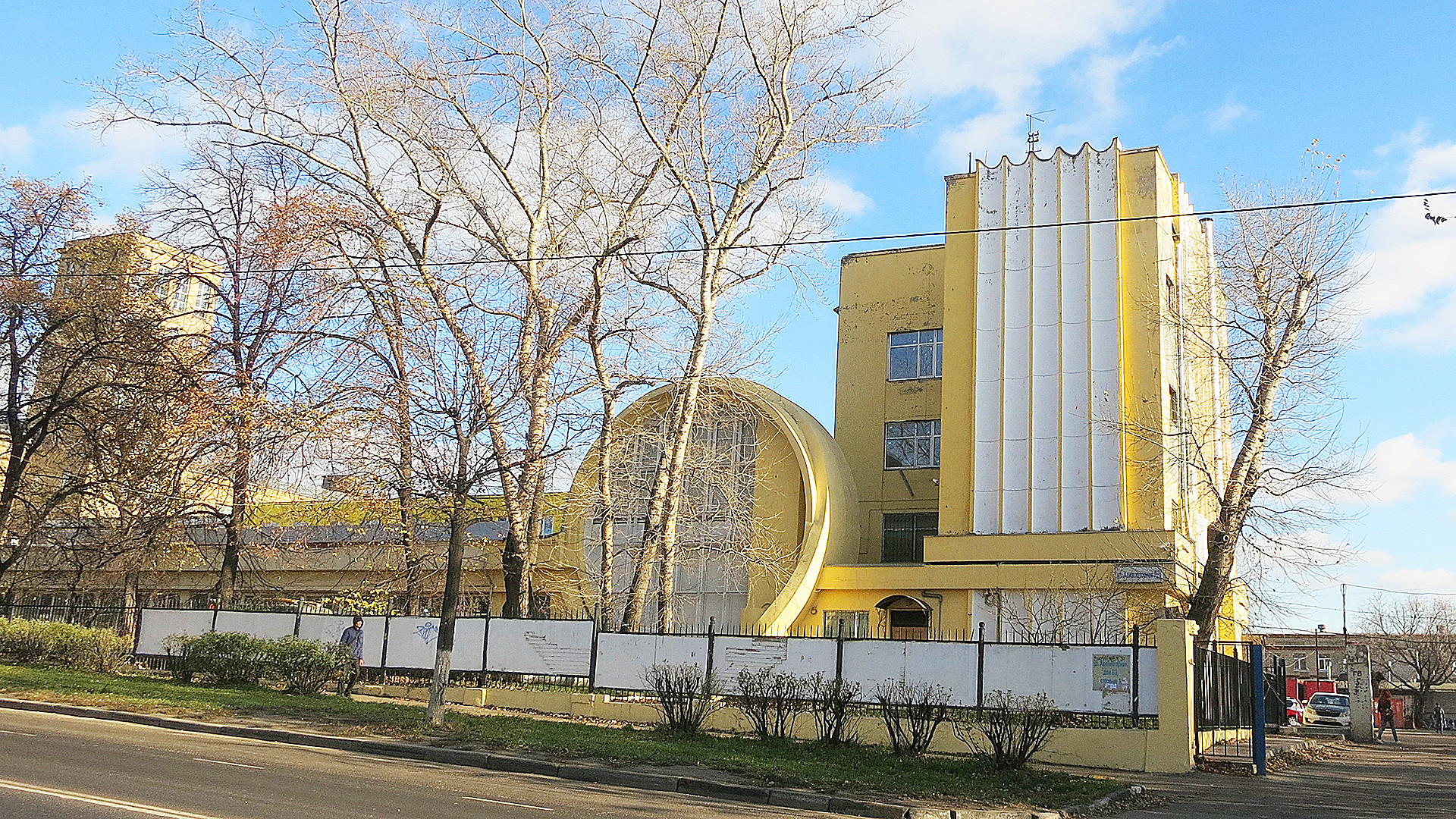 Konstantin Melnikov didn't avoid purely utilitarian structures, such as garages. His best-known project is Bakhmetyevsky Bus Garage, which gave its name to the Garage Contemporary Art Center, which was located in the building until 2011.

This former garage of the Soviet planning agency, Gosplan, at 63 Aviamotornaya Street 63, is remarkable for its avant-garde design that was once unthinkable for an industrial building – such as a huge round window. Currently, the building sticks out in the surrounding bland industrial zone, which houses a power company.