History
Ksenia Zubacheva
After the 1917 October Revolution many ancient buildings were destroyed, transforming the appearance of the Russian capital. While some sites were rebuilt after the fall of the Soviet Union, unfortunately, some never were. 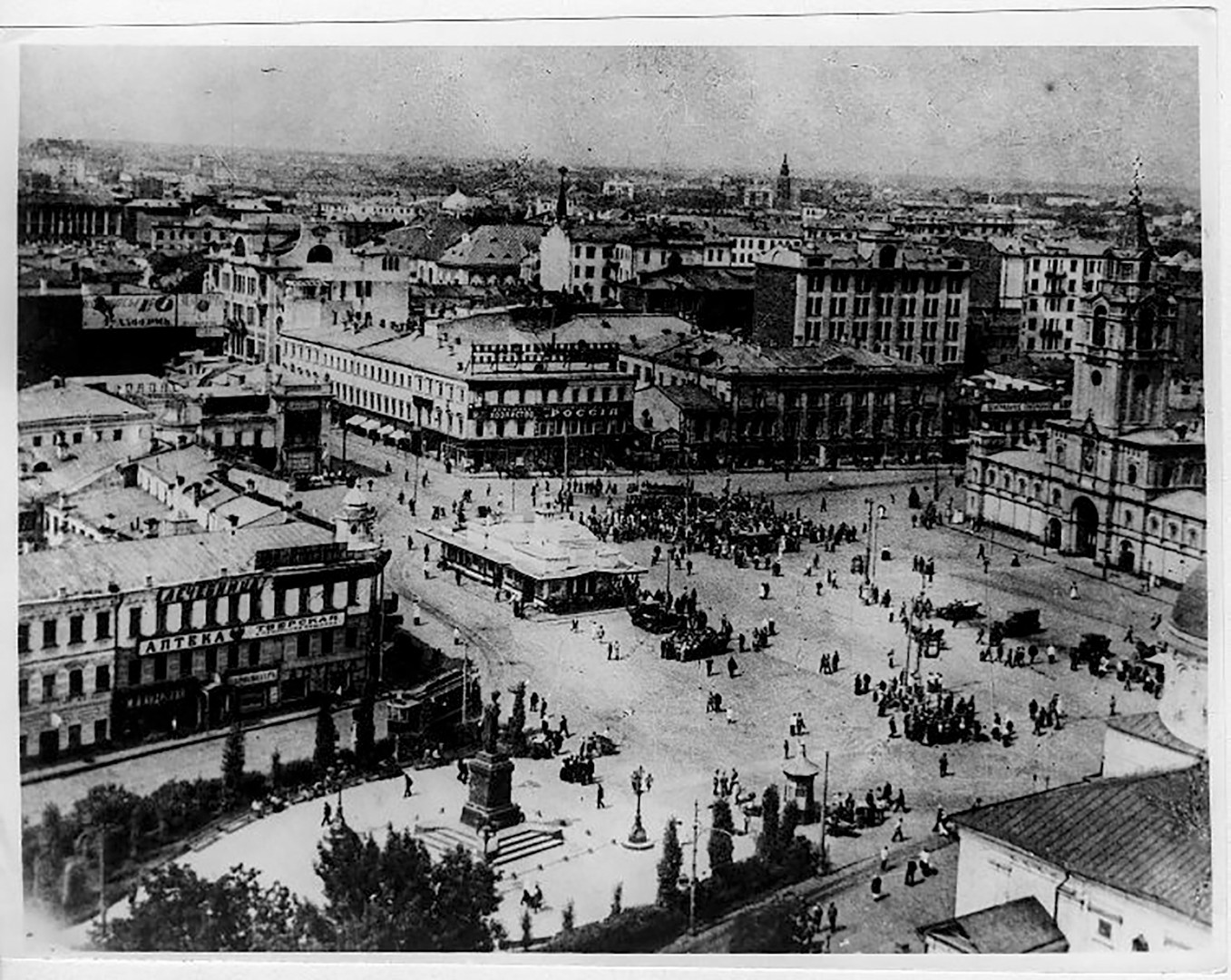 Pushkin Square, one of Moscow’s key symbols, originally had a different name a century ago, when it was known as Strastnaya Square. At that time, there was no famous monument to the Russian poet Alexander Pushkin, nor the fountains. Both appeared in the 1930s together with the square’s new name, “Pushkinskaya.” During reconstruction of the square the communist authorities destroyed the 17th century Strastnoy Monastery. 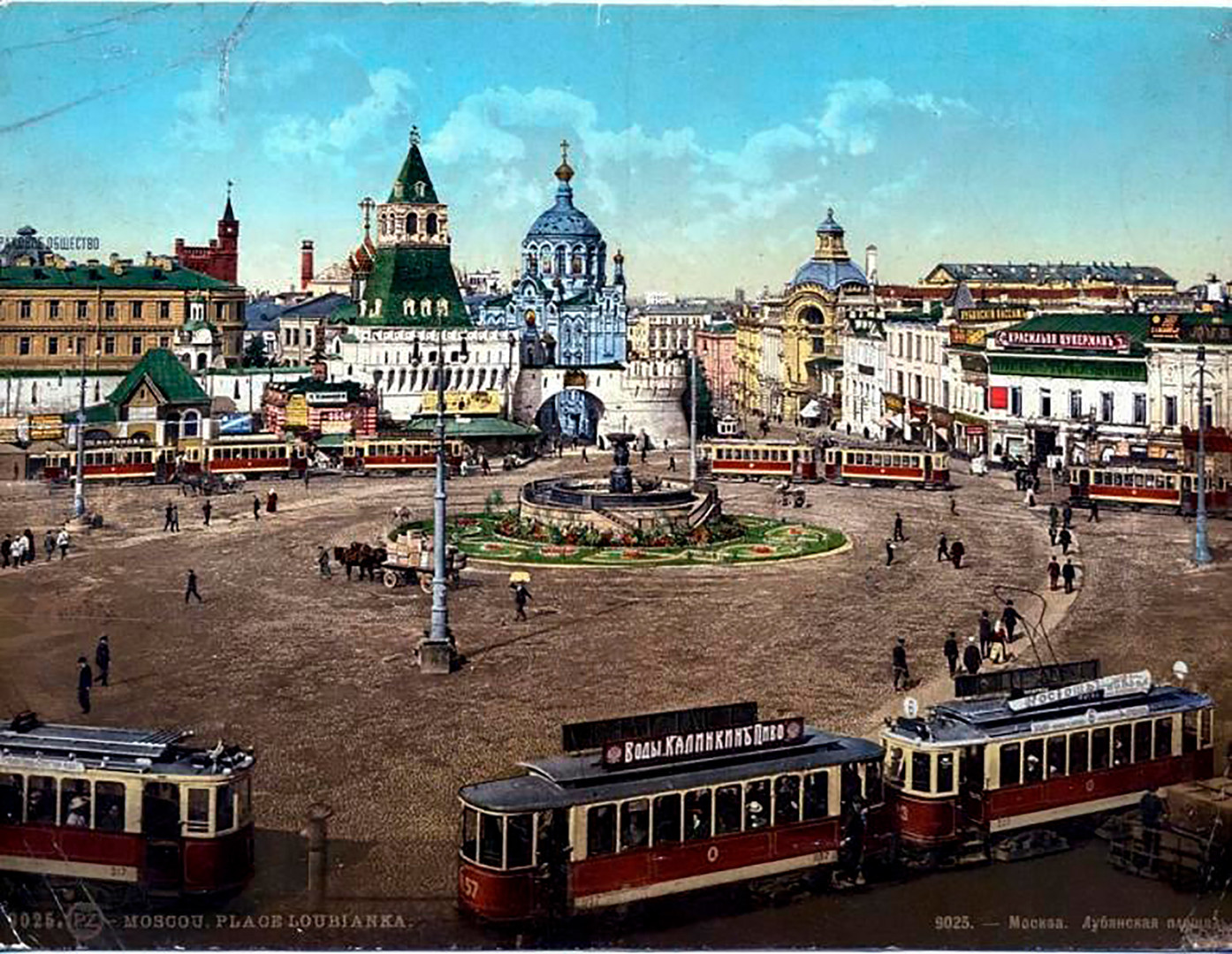 Lubyanskaya Square, or simply Lubyanka, had a fountain in 1910 that was designed by Ivan Vitali, a Russian sculptor of Italian descent. In 1934, however, it was dismantled and moved to the building hosting the Presidium of Russian Academy of Sciences. 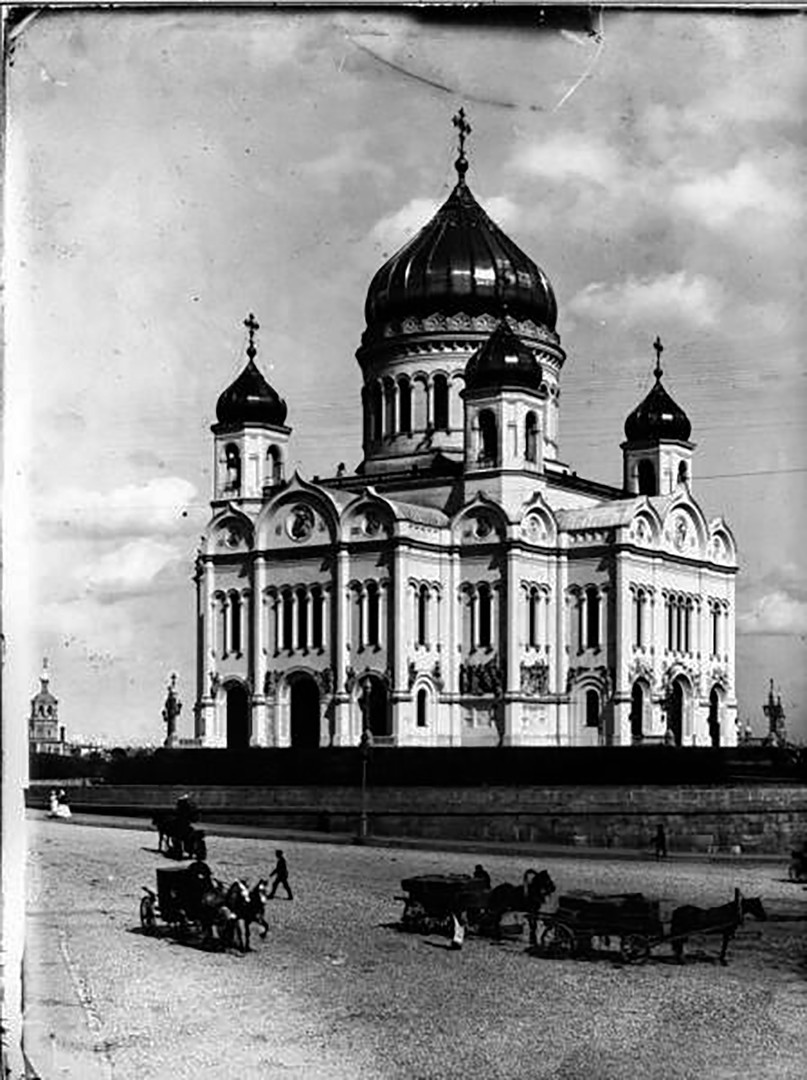 This is the original Cathedral of Christ the Savior prior to demolition in 1931. Built in 1839-1883 by Konstantin Thon, a leading architect during the reign of Nicholas I, it was destroyed by the Bolsheviks to erect the Palace of Soviets on this site, but that building was never realized. Instead, a large open-air swimming pool appeared in its place in the 1960s, and only in the mid 1990s did the government decided to restore the cathedral. Read more about the history of Moscow’s largest cathedral here. 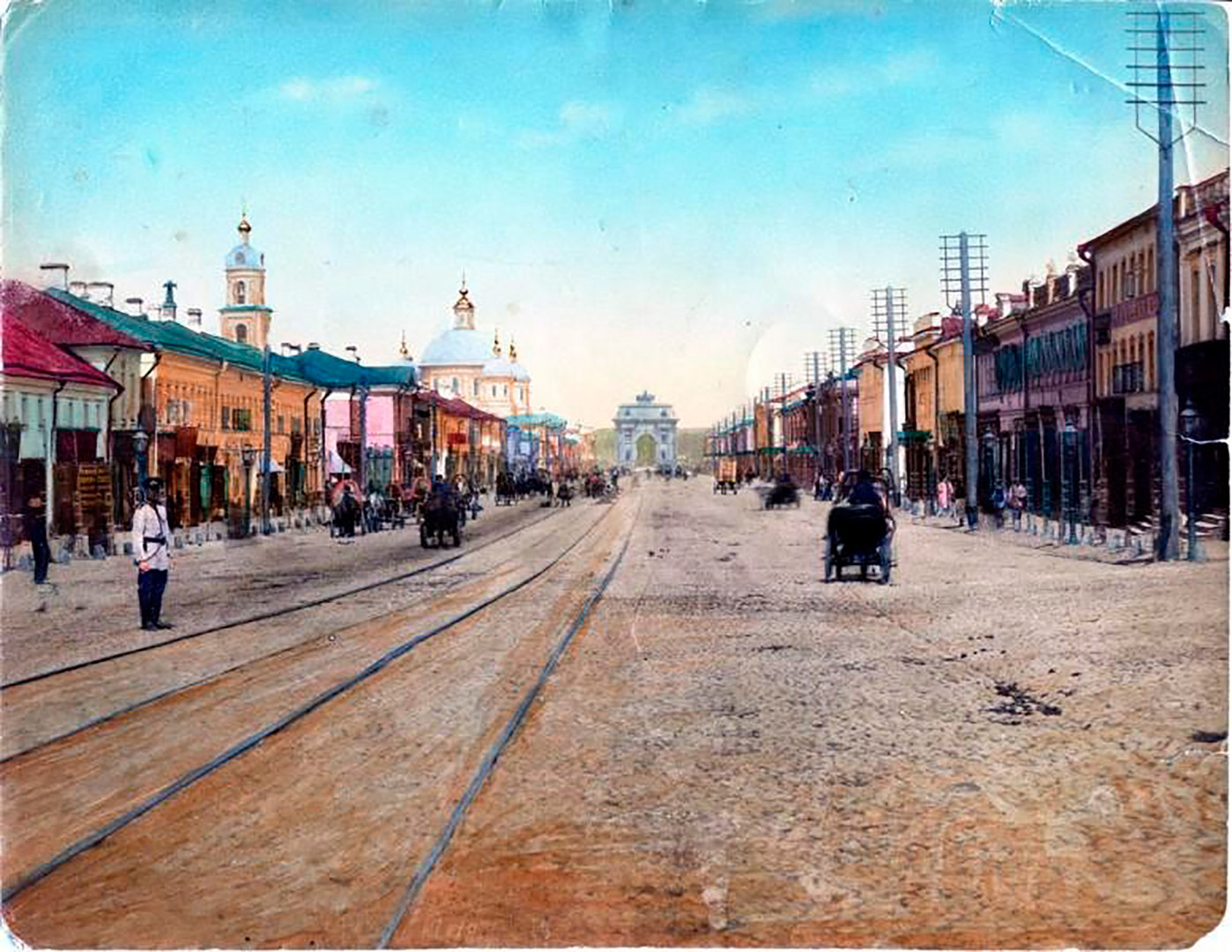 In the early 1900s, First Tverskaya-Yamskaya Street was home to one of the largest churches in Imperial Russia - the Church of Vasily Kesariysky. Originally mentioned in the 15th century, the church didn’t survive, as opposed to the Triumphal Arch dedicated to the victory over Napoleon in 1812. The Arch was built on Tverskaya-Yamskaya in 1834, then dismantled in 1936 and restored on Kutuzovsky Propect in the late 1960s. 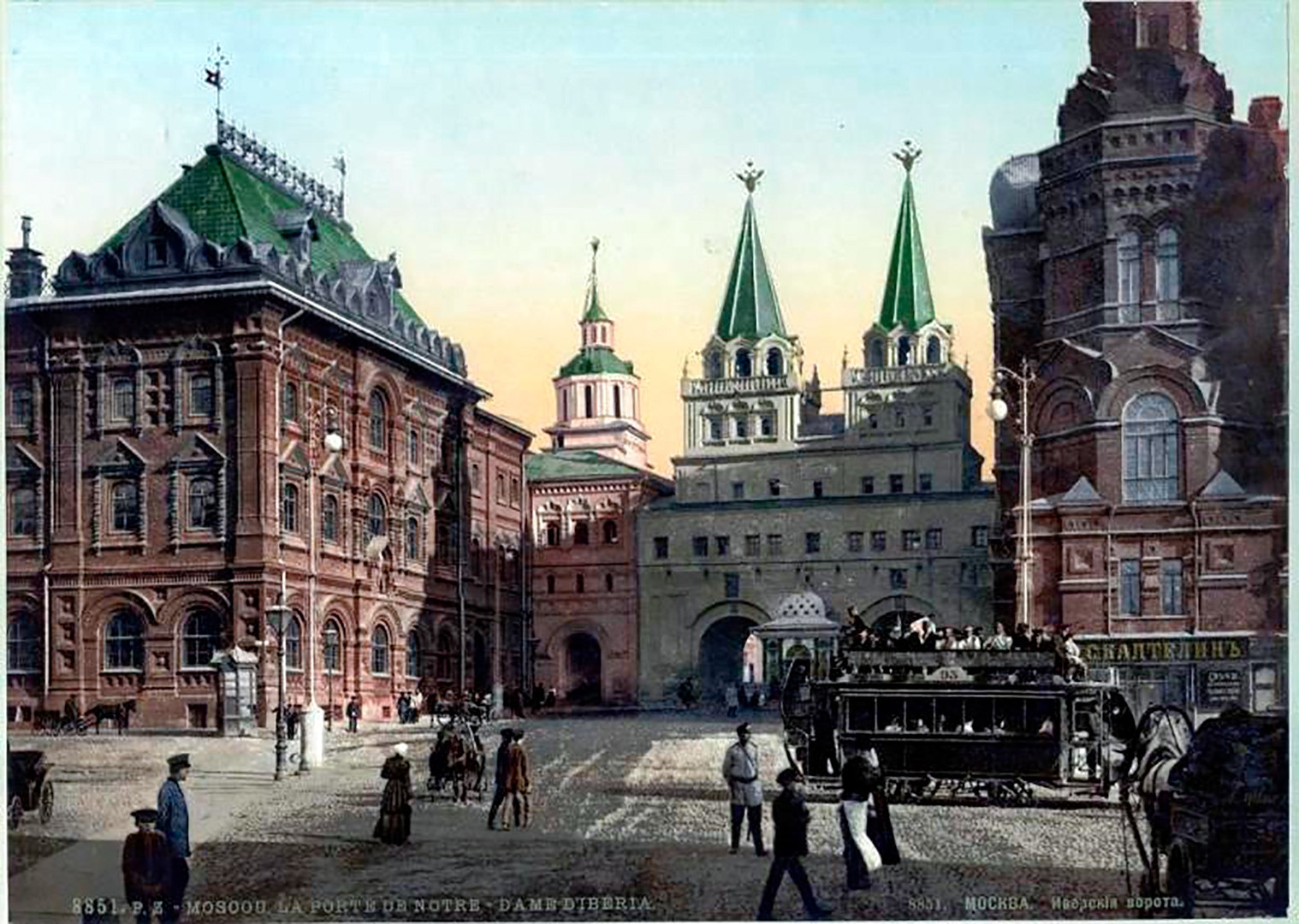 A view of the Iberian Gate, also known as the Resurrection Gate, in 1900-1910. It was built in 1535, but demolished in 1931 by Soviet authorities in order to increase the flow of vehicles and machinery taking part in annual parades. In 1994-1995, the government decided to restore the Gate. 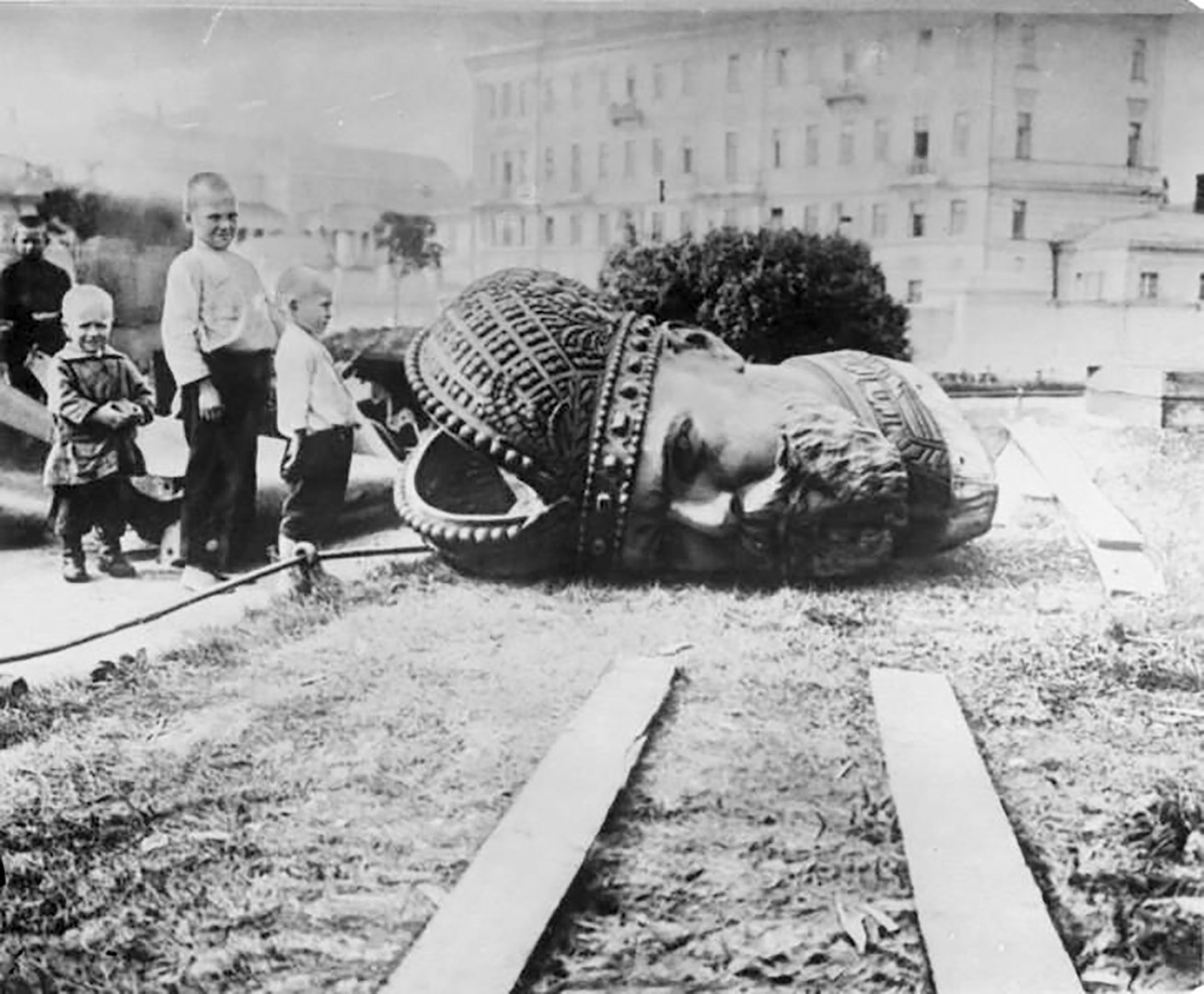 Demolition of the monument to Emperor Alexander III on Prechistenskaya Embankment in 1918. Built in 1900-1912, the monument stood close to the Cathedral of Christ the Savior, and cost almost 2 million rubles. 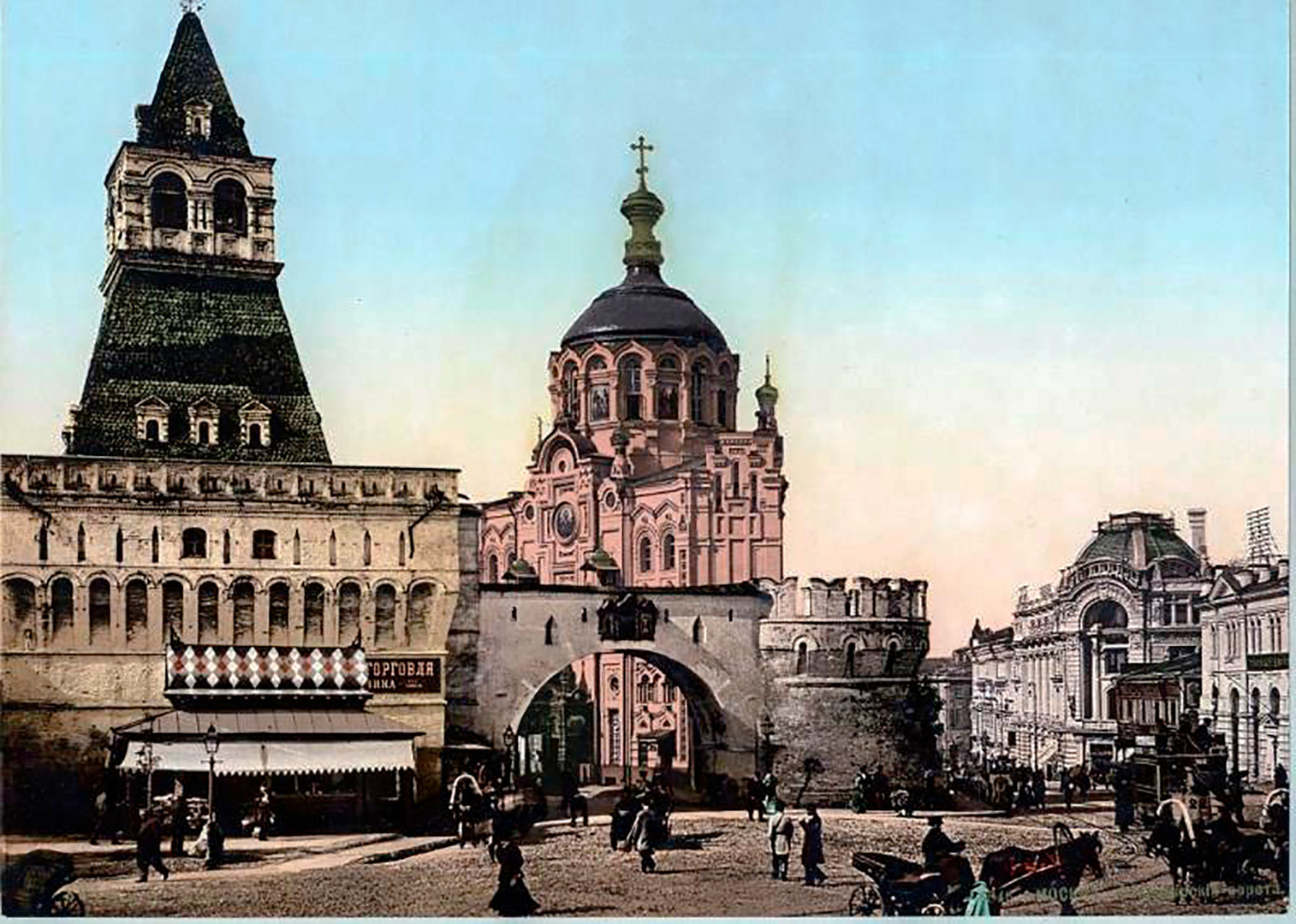 The Vladimir Gates in Kitai-gorod, and the Chapel of Panteleimon the Healer in the 1910s, between the current Nikolskaya Street and Lubyanka. Both were demolished in 1934. 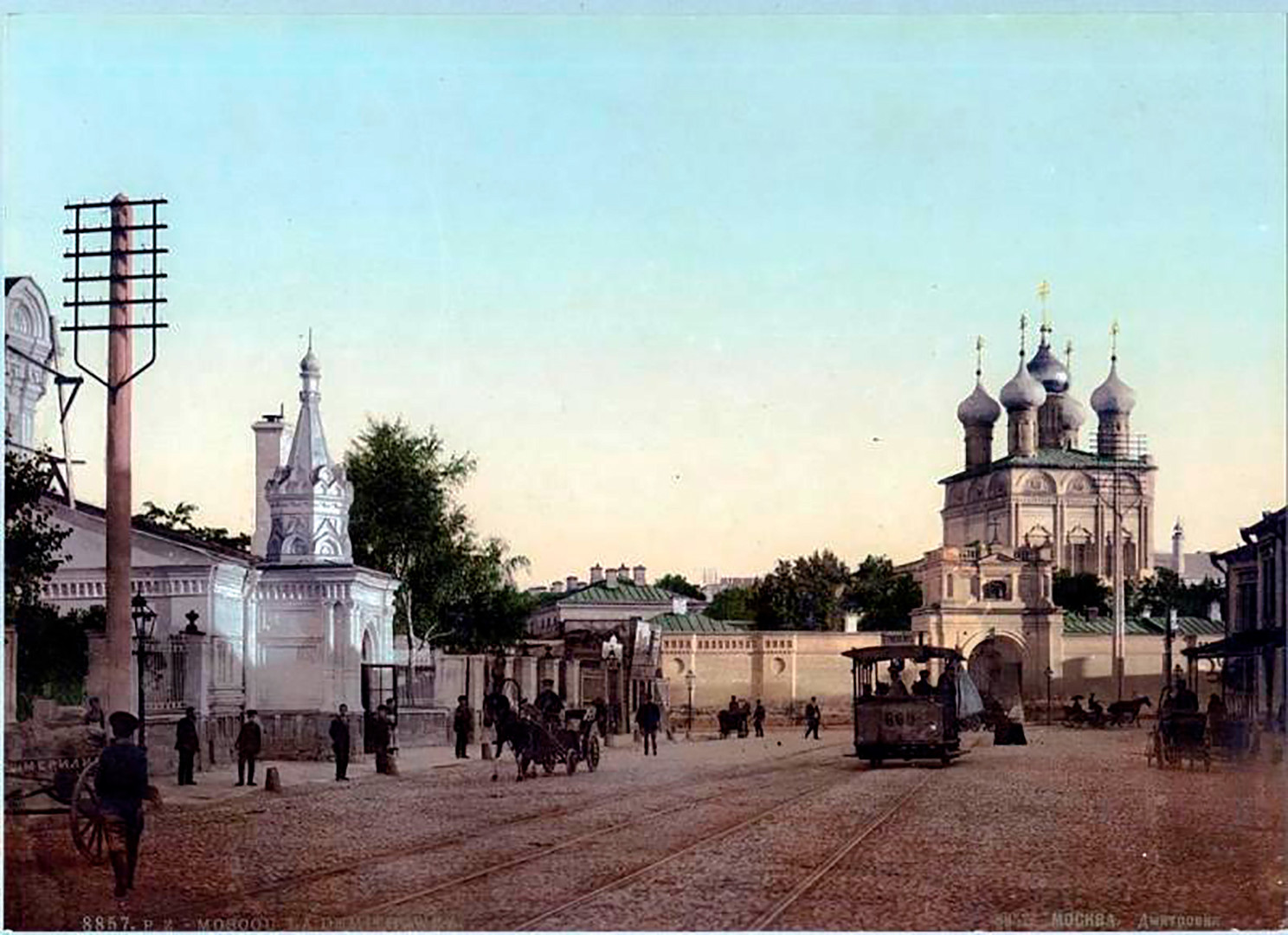 Moscow’s Malaya Dmitrovka Street in 1900-1910. A look at Strastnoy Monastery and the Church of the Nativity of Theotokos in Putinki. While the former didn’t survive, the latter is still there and open. Malaya Dmitrovka became the first street with a tram line. In 1899, the first trams started to go from Strastnoy Monastery to Butyrskaya Zastava Square. 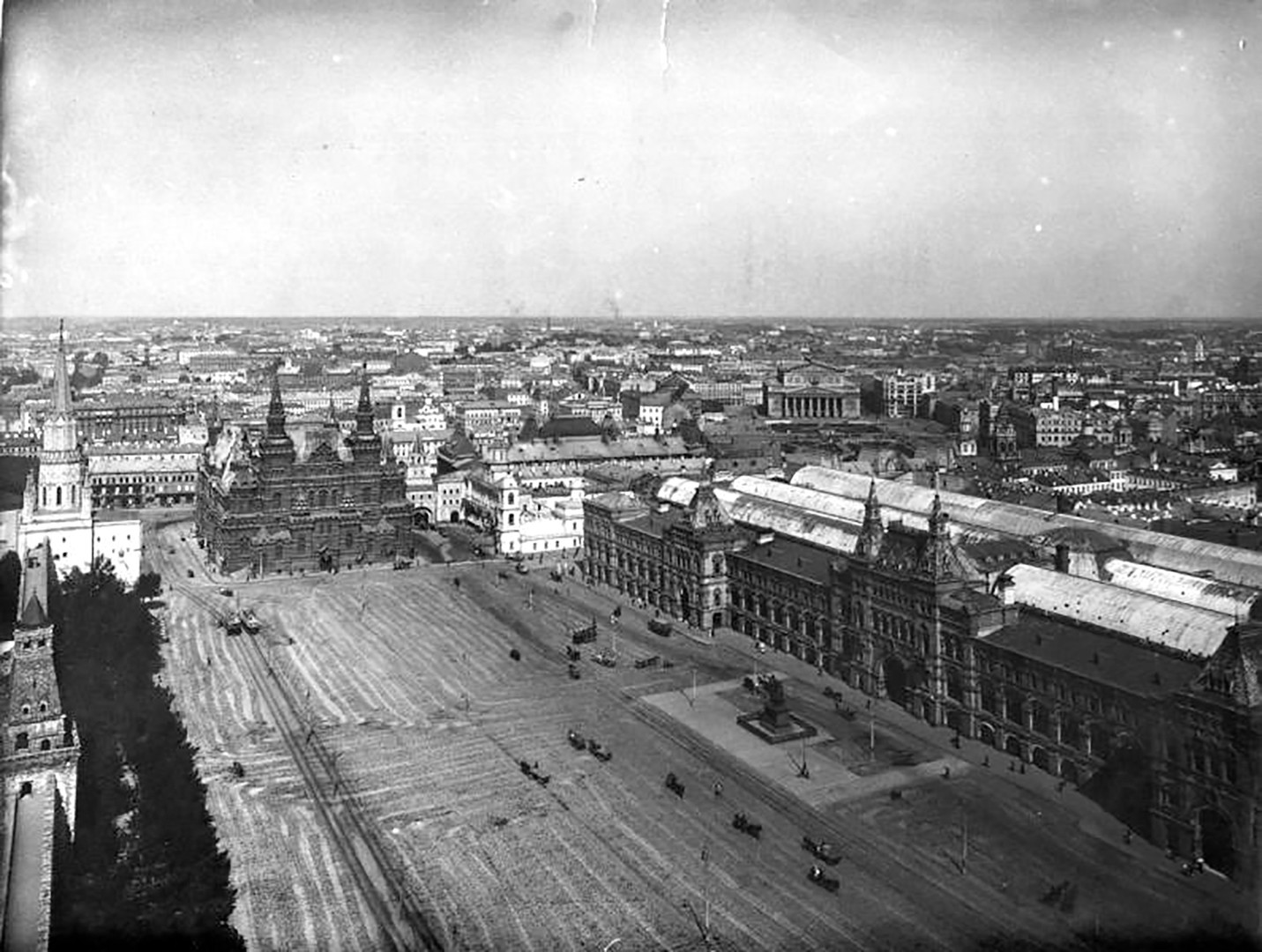 Red Square in the 1910s. Lenin's Mausoleum didn’t exist at that time and the Monument to Minin and Pozharsky had a slightly different location – just in front of the GUM department store. The Monument was moved closer to St. Basil's Cathedral in 1931 because it stood in the way of Soviet military and athletic parades. 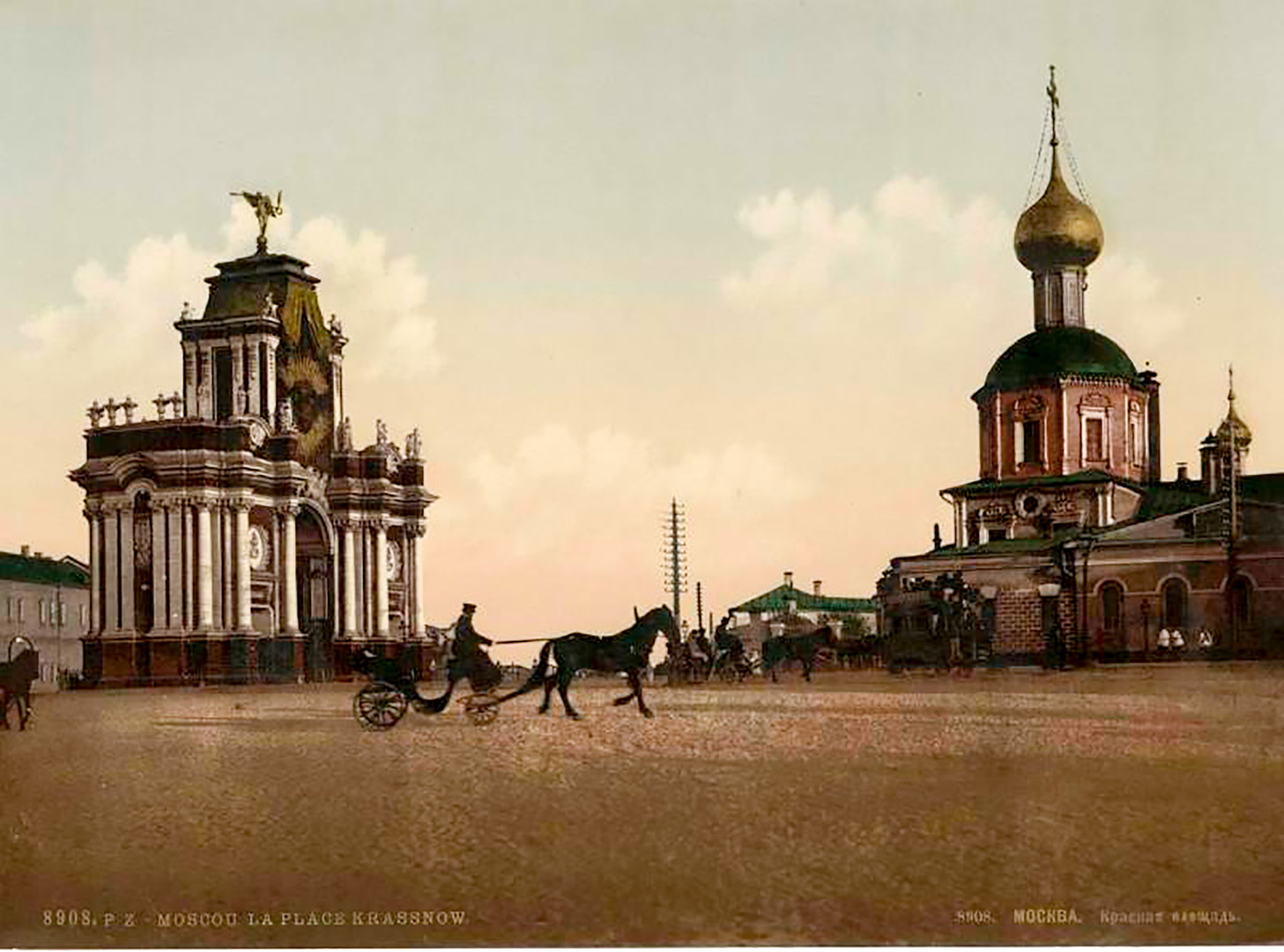 The Red Gate in the 1910s. The first triumphal arch built in Russia to commemorate the Russian victory over Swedish forces in the Battle of Poltava in 1709. It was replaced and restored a few times during the reign of Empress Catherine I, but didn’t survive. In 1927, it was demolished together with the Church of Three Saints that stood here since 1635.