How did Moscow’s main cathedral survive communism and demolition? 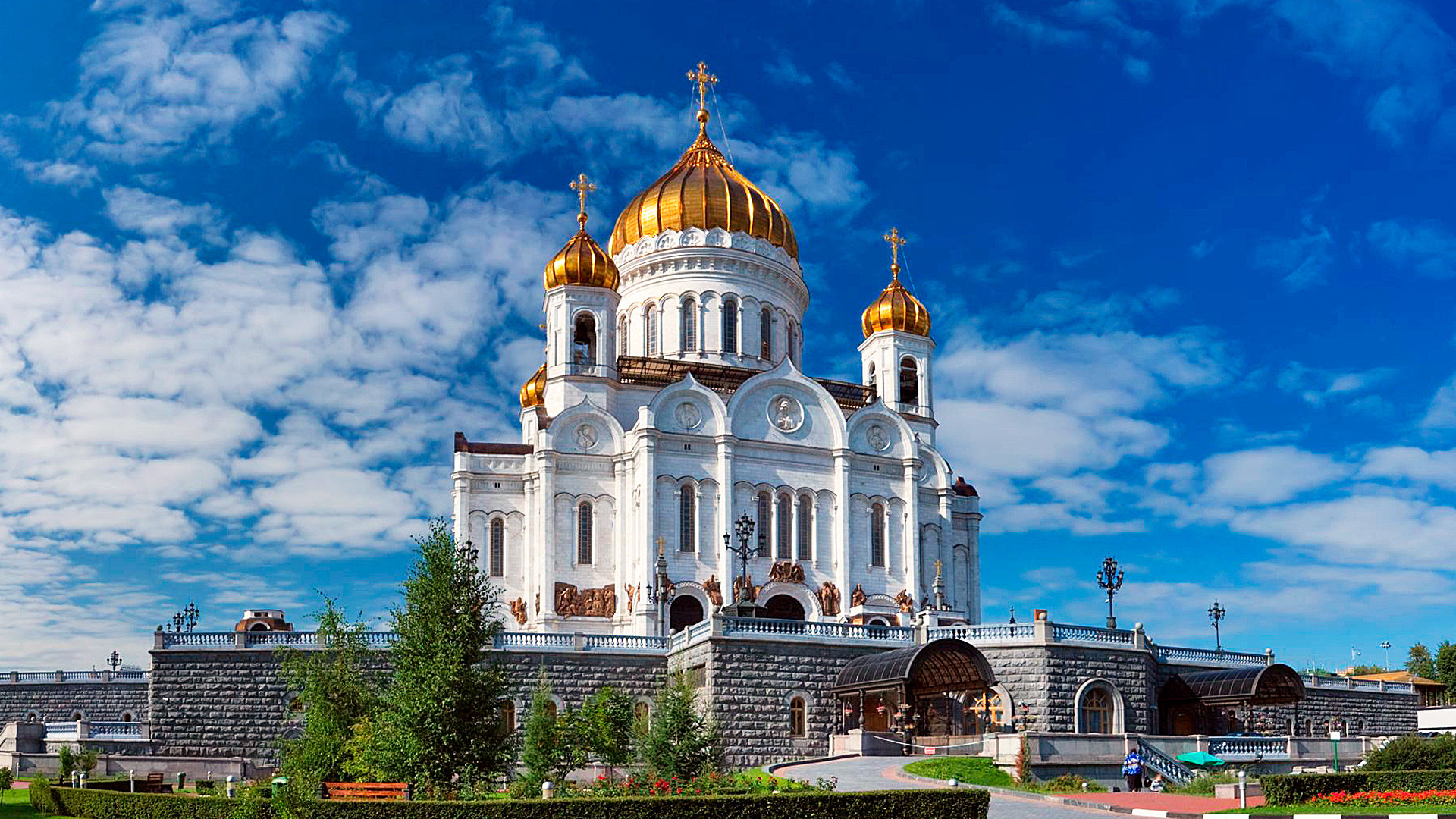 "Post-Napoleonic Russia experienced an unprecedented renaissance of patriotism and spirituality, and the people needed a symbol to reflect such sentiments."

Alexander Grishin/Global Look Press
Moscow’s second best-known cathedral took 66 years to build, has seen three political regimes, was demolished and then rebuilt. On the 200th anniversary of its foundation, we present a brief history of the grand Christ the Savior Cathedral.

The cathedral’s history is closely linked to Napoleon’s invasion and Russia’s subsequent triumph over the French army. Its construction, however, was no less dramatic, and the result no less triumphant.

The cathedral’s first victim was its creator, architect Karl Magnus Vitberg. Born in St. Petersburg to a Swedish family, Vitberg had to renounce his country of origin and be baptized into Orthodox Christianity in order to receive the emperor’s approval and realize his ambitious plans.

Post-Napoleonic Russia experienced an unprecedented renaissance of patriotism and spirituality, and the people needed a symbol to reflect such sentiments.  Emperor Alexander I envisaged a grand memorial commemorating the soldiers of the Imperial Army who sacrificed their lives, and which captured the greatness of Russia.

Vitberg was the only one who appeared to read the Tsar’s mind.  “You guessed my wish. I wished that it not be just a pile of stones, like an ordinary building, but something animated by a religious idea. I reviewed up to 20 projects, among which some were very good, but still ordinary. You, however, have made the stones speak,” the emperor told Vitberg in 1815.

Unfortunately for the architect, Alexander I was so fond of him that he appointed Vitberg as head of construction. Vitberg had no experience in construction and management, however, and protested vehemently, but to no avail. On Sept. 13, 1817, Vitberg laid the cathedral’s first stone on the Sparrow Hills, where Moscow State University is currently located.

Fate, however, soured on Vitberg when Alexander I died in 1825, and Nicolas I was crowned. The new emperor ordered a halt to construction, which by that time proved outrageously expensive.

A special state commission revealed rampant embezzlement. Vitberg was tried and sentenced to confiscation of property and exiled without the right to work for the state. The cathedral had broken its naïve founder, who, modern historians believe, was innocent and fell victim to the intrigues of his subordinates.

The cathedral could have been abandoned, but the deeply religious Nicolas I was tormented by his brother’s vow, the deceased emperor, to erect a symbol of the resurgent Russia. On Sept. 10, 1839, exactly 22 years after the initial ceremony, a new stone was solemnly laid at the new site of the Christ the Savior Cathedral.

The new architect, Konstantin Ton, selected a site where a monastery was located and local legend has it that an angry abbess cursed the builders and prophesied misfortune for the new cathedral.

The prophesy came true when the Bolsheviks gained control over the country. The new Soviet rulers, wishing to immortalize their revolutionary grandeur, had a lavish socialist project in mind – the Palace of Soviets. 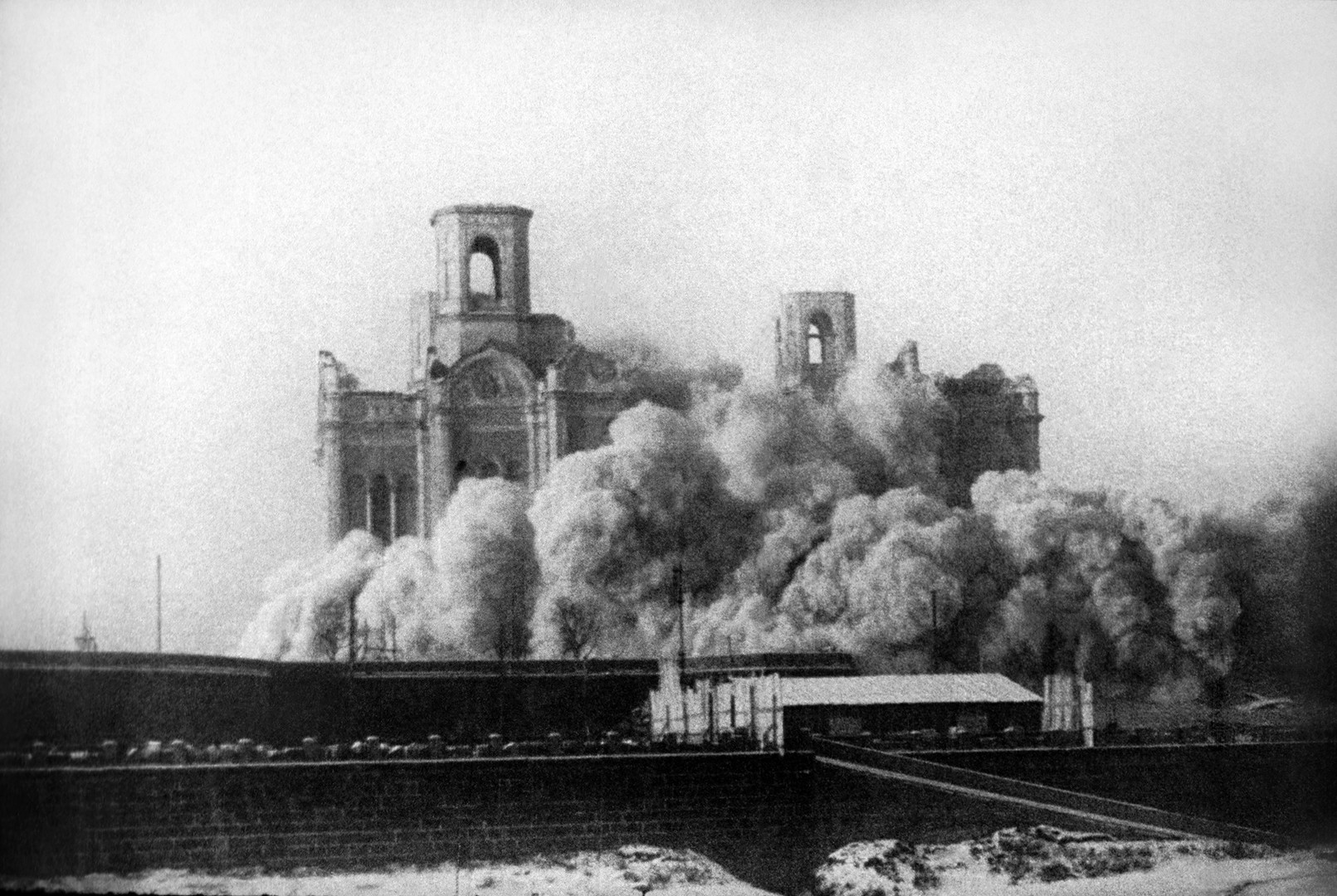 "On Dec. 5, 1931, powerful blasts took the cathedral down, shaking nearby buildings."

The choice of construction site left no doubt about the new government’s plans. The Palace of Soviets was to be erected on the site of the Christ the Savior Cathedral, which was to be demolished.

On Dec. 5, 1931, powerful blasts took the cathedral down, shaking nearby buildings. Despite the Soviet government’s strong determination to demolish the church, it took more than a year to clear the site of the debris left by the explosion.

To complicate things even further, World War II broke out and forced a halt to construction on the Palace of Soviets, a grand communist structure never realized by the country’s leadership. 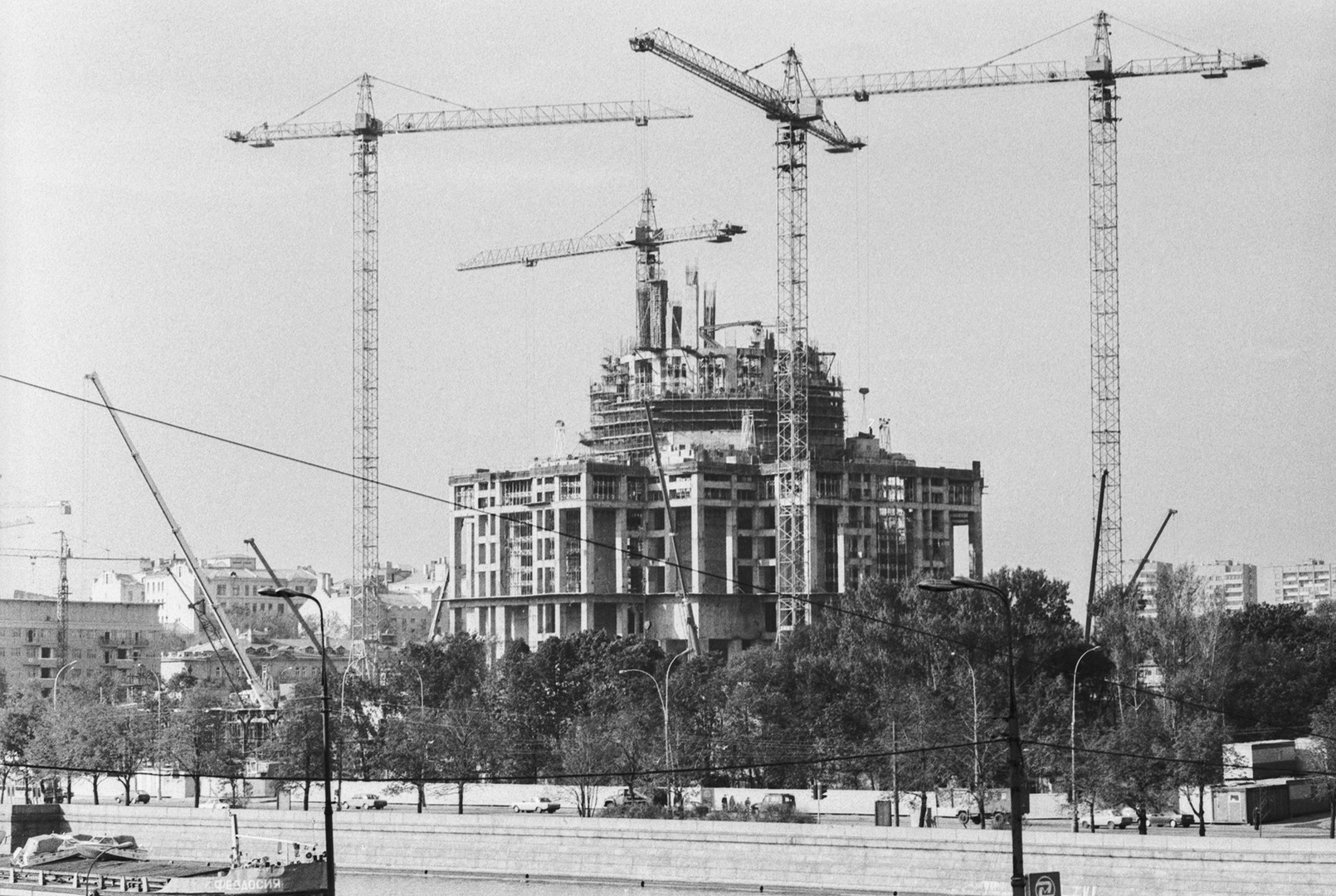 "The world’s largest open air swimming pool has been opened at the site of construction instead."

The world’s largest open air swimming pool has been opened at the site of construction instead.

Not until 1989 did state policy towards religion liberalize to the extent that people were able to petition in support of the cathedral’s restoration. Although the rampant hyperinflation of the 1990s rolled back their plans, the rebuilt cathedral was opened on its original location on Dec. 31, 1999.

After centuries of triumph and tragedy, the Christ the Savior Cathedral today proudly overlooks the Moskva River and welcomes visitors regardless of religious beliefs.

Moscow turns 870: how the white-stoned Third Rome changed over centuries>>>

How a Prince's passion led to the foundation of Moscow>>>

How to dig under the Kremlin without the secret service noticing>>>

Top-5 places where Russia's KGB confronted the CIA in Moscow>>>