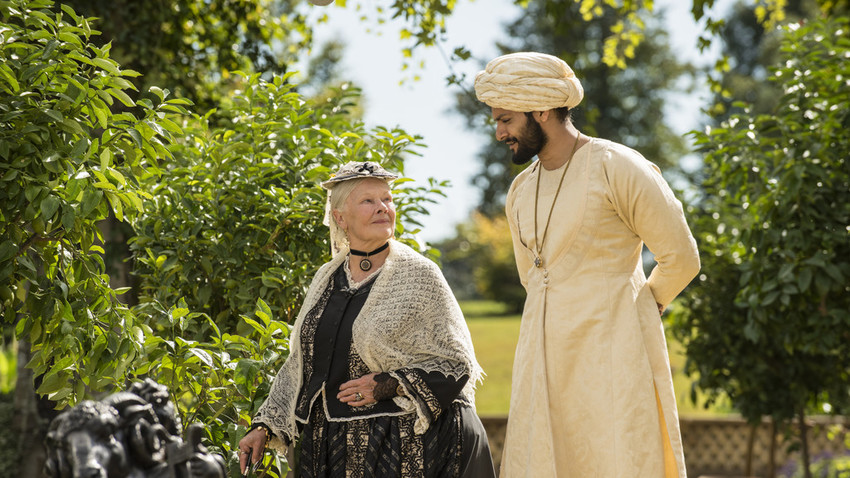 A screenshot from 'Victoria & Abdul'

Kinopoisk.ru
The latest British films are to screen in Russia in English with Russian subtitles - thanks to the year of UK-Russia science and education. So if you are an expat in Irkutsk or learning English in Perm, you shouldn't miss this!

Every autumn fans of good movies all over Russia wait in thrilled anticipation for what the British Film Festival will bring. This year sees the 18th edition of the popular event, taking place in 22 cities stretched across Russia from Kaliningrad to the Kamchatka peninsula.

Many of the films will be shown before their official release in Russia. The films will be shown in English with Russian subtitles – useful both for expats and foreign tourists and those learning English or those already fluent, but who prefer watching in the original language. This is a true advantage given the fact that in Moscow, for example, there are only a few cinemas that show movies in the original language.

The new British film festival will open on Oct. 30 with Stephen Frears’ Victoria & Abdul – the controversial story of the relationship between Queen Victoria and an Indian manservant, Abdul Karim. Among other movies are Goodbye Christopher Robin looking at the life of A. A. Milne and the creation of Winnie the Pooh, England Mine, a portrait of the singer before he formed The Smiths and many others.