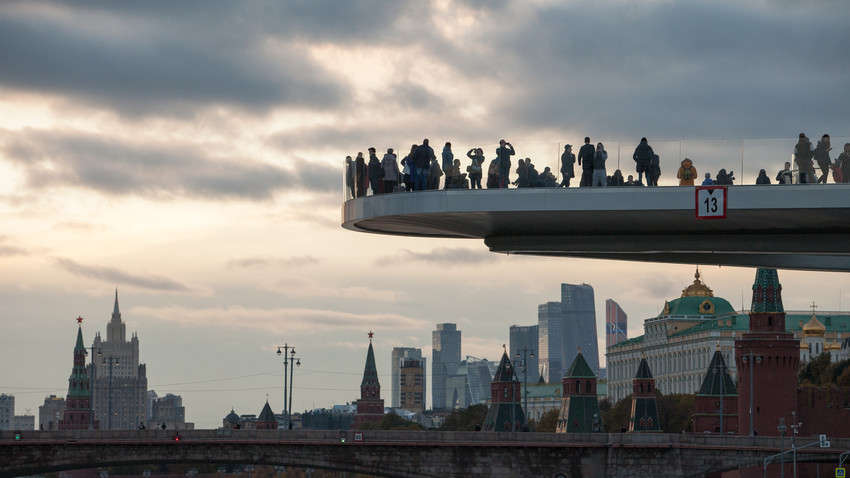 The authorities took the metal barrier down on Oct. 28, almost two months after the official opening date.

Authorities have finally removed the fence restricting the entrance to Moscow’s new Zaryadye Park. The barrier was installed around the space’s perimeter to control the flow of visitors.

Zaryadye was initially presented as a park virtually accessible from all sides, but as soon as it was opened on Sept. 9 the fence went up - likely due to counter-terrorism measures. As a result, long lines of people stretched far beyond the entrance.

The authorities took the metal barrier down on Oct. 28, almost two months after the official opening date, as the temperature in Moscow falls and the number of visitors subsides.