5 Slavic horror fairytales that shouldn’t be told at night

Culture
Alexandra Kravchenko
Watch out for Russian mermaids, and if you see a Kikimora - prepare for tragedy.

The living dead – Baba Yaga, the 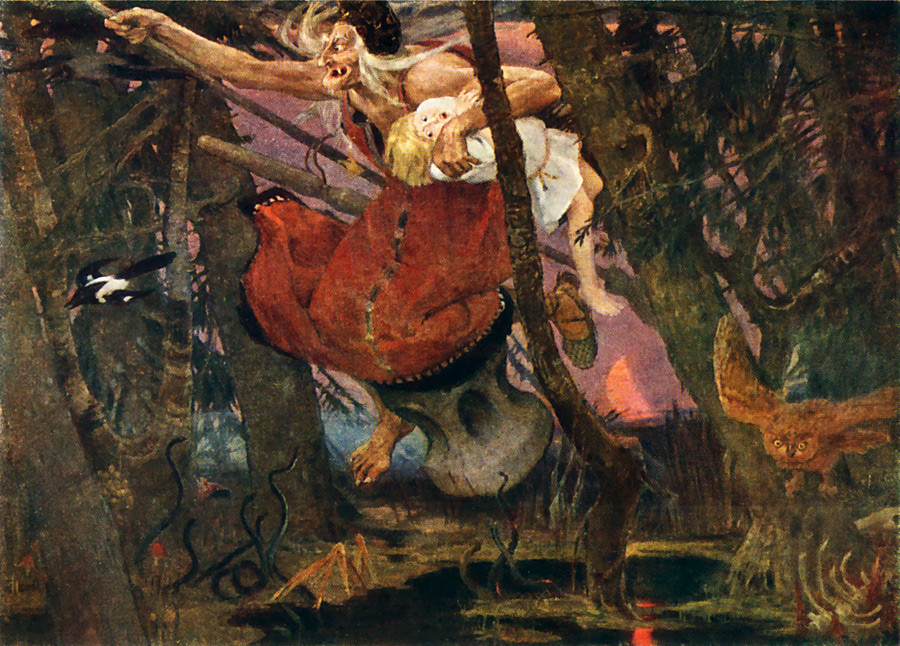 most famous fairytale malefactor in Slavic mythology is the ogress Baba Yaga. Parents still frighten their disobedient children today with tales of this malicious old hag, who takes children to her izba (shabby wooden house), throws them into her stove, cooks, and eats them.

Originally, Baba Yaga transported people from the world of the dead to the world of the living. She was associated with ancestral heritage, as can be concluded from one of her essential features – a little hut on chicken legs. But where did she come from?

When the ancient Slavs buried the dead, they would place them in small houses on high stumps, which indeed resembled chicken legs. Thus, it can be said that Baba Yaga lived in the refuge of the dead. As a custodian of ancestral heritage, she would conduct rituals initiating boys into warriors. This ritual required heavy physical trials and corporal punishment, which is why in the old days both boys and their mothers were afraid of Baba Yaga. Yet it was after this ritual that boys became men.

In Russian young boys meet Baba Yaga when out looking for their kidnapped brides and if they avoid death and pass all the witch’s tests, she gives them wise advice on how to find their missing loved ones. Baba Yaga became a witch and ogress only with the advent of Christianity, which aspired to remove the positive image of the ancient patroness of birth from the consciousness of the Slavs.

Koschei the Deathless – the kidnapper of 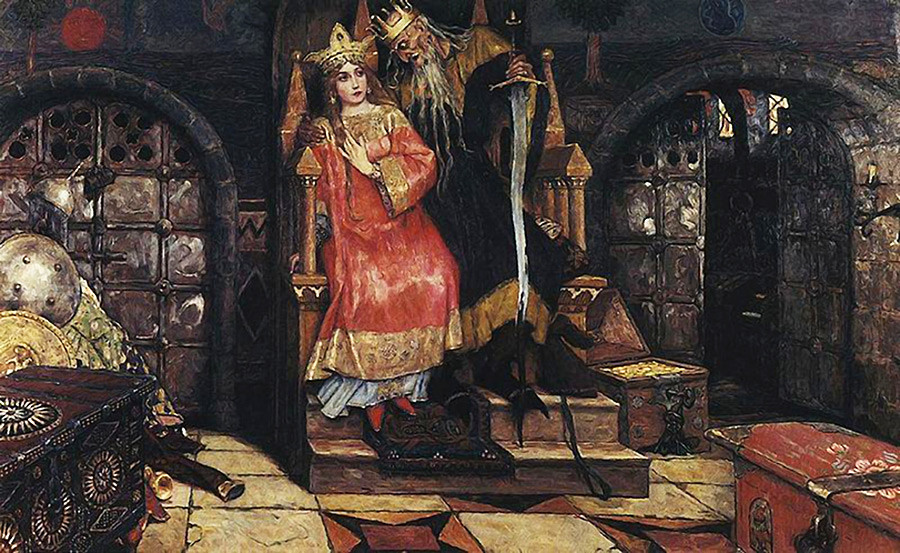 Koschei the Deathless by Viktor Vasnetsov

mothers tell skinny children who are fussy eaters: “Look at yourself! You’re the spitting image of Koschei!” This antagonist’s name most likely derives from the Russian word for bone, “.” He looks like a skeleton wrapped in a transparent film of skin. Koschei the Deathless is another Russian fairytale character who resides in limbo between the world of the living and the world of the dead. This is where he gets his unlimited magical strength and his immortality. Most of the time he appears in fairytales in the form of a frightening sorcerer-tsar with endless wealth, kidnapping young girls to be his wives.

In one tale he turns an entire tsardom into a rock, in another he punishes Tsarevna Vasilisa, turning her into a frog. He’s also very difficult to defeat: Bizarrely, his death can be found at the end of a needle, the needle in an egg, the egg in a duck, the duck in a rabbit, and the rabbit in a trunk locked in chains hanging from the top of an oak. Furthermore, according to the oldest tales, Koschei is also blind and in order to see his he asks his servants to lift his eyelids.

Ancient Slavs associated Koschei’s image with the ritual of marital initiation. Thus, a young girl can only marry after Koschei the Deathless kidnaps her and the groom defeats the malefactor. 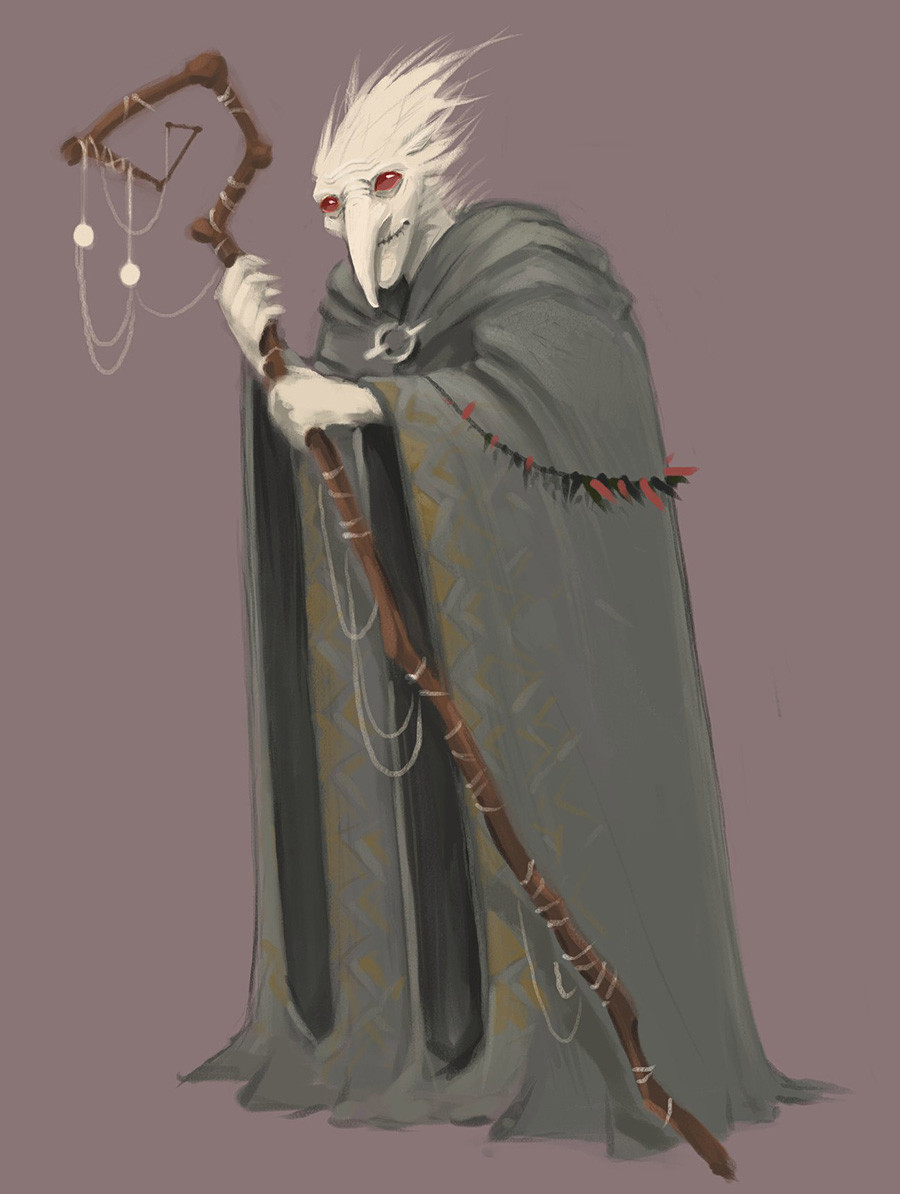 The soul of a woman who killed her child or who died in her girlhood was supposed to transform into a Boginka. The Slavs imagined Boginka to be an ugly, naked, limping hag who walked along the forests, fields, and ravines in foul weather and at midnight. Boginka was most dangerous for children: Depending on her mood, she could prevent a child from falling asleep, make him ill, scare, or even kidnap them. Some Boginkas would even frighten cattle, steal and entangle yarn, and beat people until black and blue. 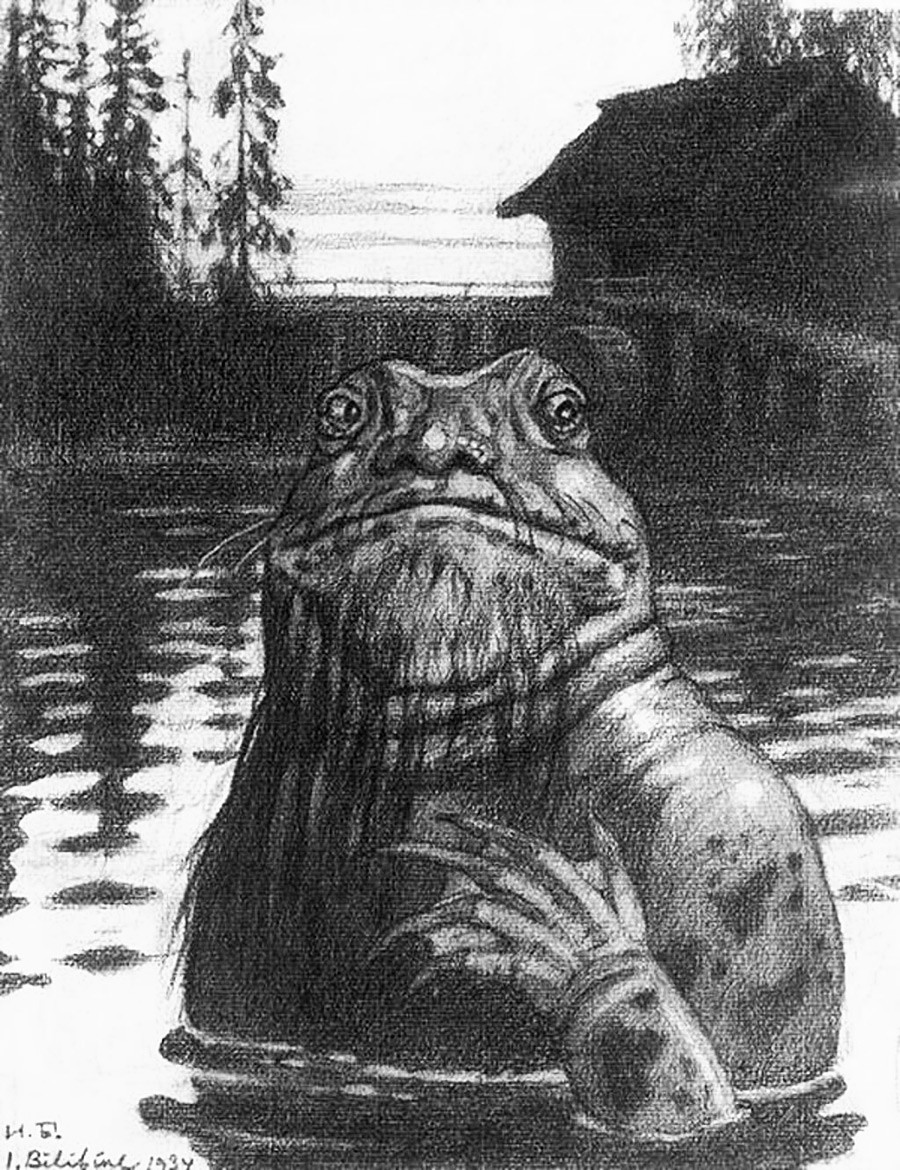 The Russian mermaid (Rusalka) is not the nice prankster with a tail that Christian Andersen described. In Slavic the mermaid drowns people or commits suicide and is sometimes a girl who dies unmarried. At night the mermaids hide in the riverside or lakeside bushes waiting for a passerby. If the unfortunate soul comes too close to the water, they will take him down to the bottom and tickle him to death.

And wherever there are mermaids there’s also their master, Vodyanoi, the spirit of the lakes, rivers, and swamps. It was thought that Vodyanoi could ascend to the sky and create new bodies of water, as well as drown people, especially girls who went swimming in the lakes after sunset. Vodyanoi takes the prettiest girls he drowns to be his wives.

Kikimora – the destroyer of 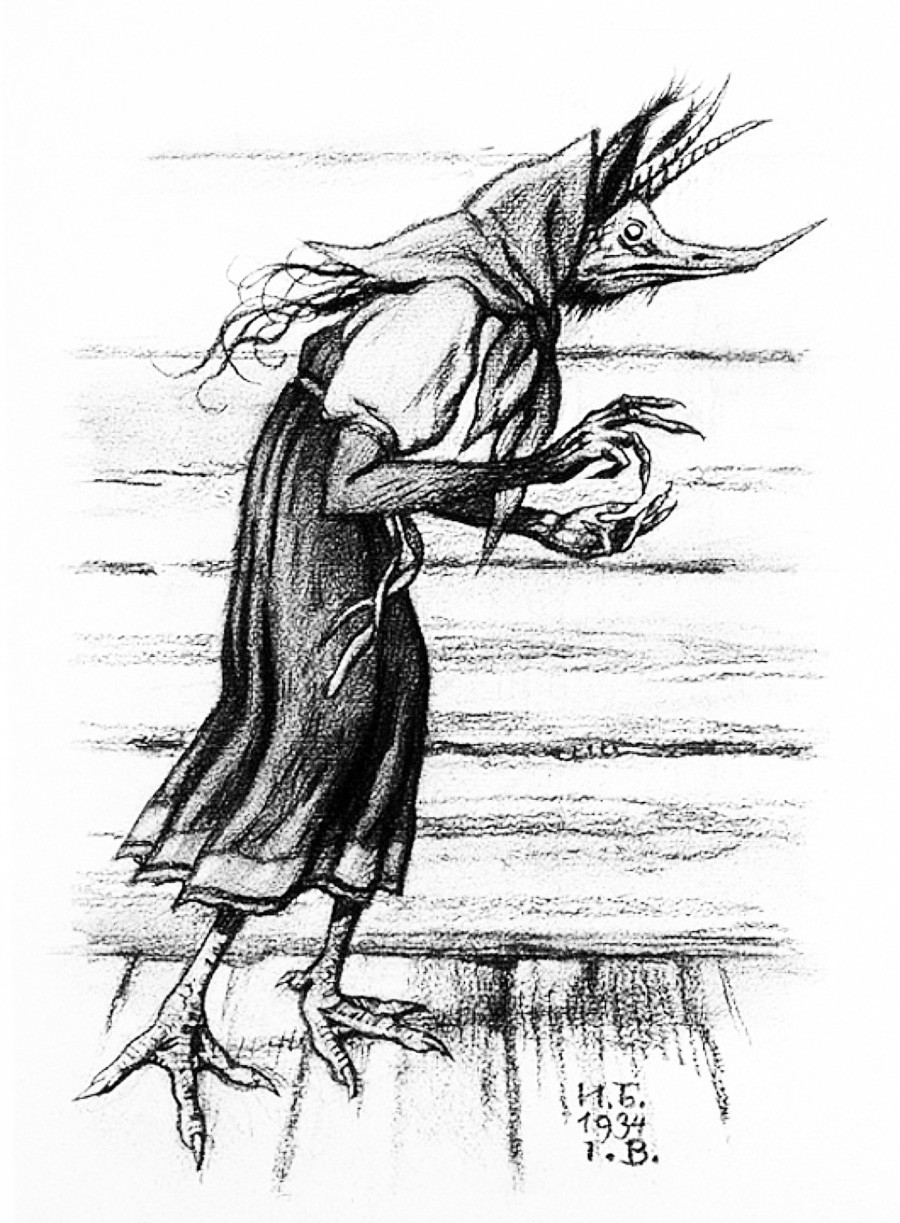 are various Kikimoras: From the forests, swamps, or fields. But most of all they enjoy living in human homes, where they can create all kinds of trouble. They are short evil spirits, which usually remain invisible. If the Kikimora settles in a home, it gives the owners nightmares, breaks furniture and dishes, and drives pets crazy.

The Kikimora’s favorite pastime is spinning yarn – but very badly. It tears up the yarn and tangles up the wool. Sometimes Kikimoras appear before people – if this is the case then misfortune awaits for whoever sees the spirit, like a death in the family. A sorcerer can take possession of this spirit, place it into a ceremonial doll, and throw it into the home of innocent people. You can protect yourself from Kikimoras with juniper branches and sagebrush.