Culture
Yulia Shamporova
From Sergei Eisenstein to Andrei Zvyagintsev: The evolution of Russian filmmaking over nearly a century

Dozens of Cossack rebels, led by Stepan (“Stenka”) Razin, celebrate their victory in a military campaign in Persia. Afterward, Razin kills his young and beautiful Persian lover, who was unjustly accused of infidelity. That’s what the audience at Moscow’s Aquarium theater saw 109 years ago at the premiere of Stenka Razin, the first Russian narrative film, produced by Alexander Drankov. Thus began a rich Russian and Soviet filmography, highlights of which include: 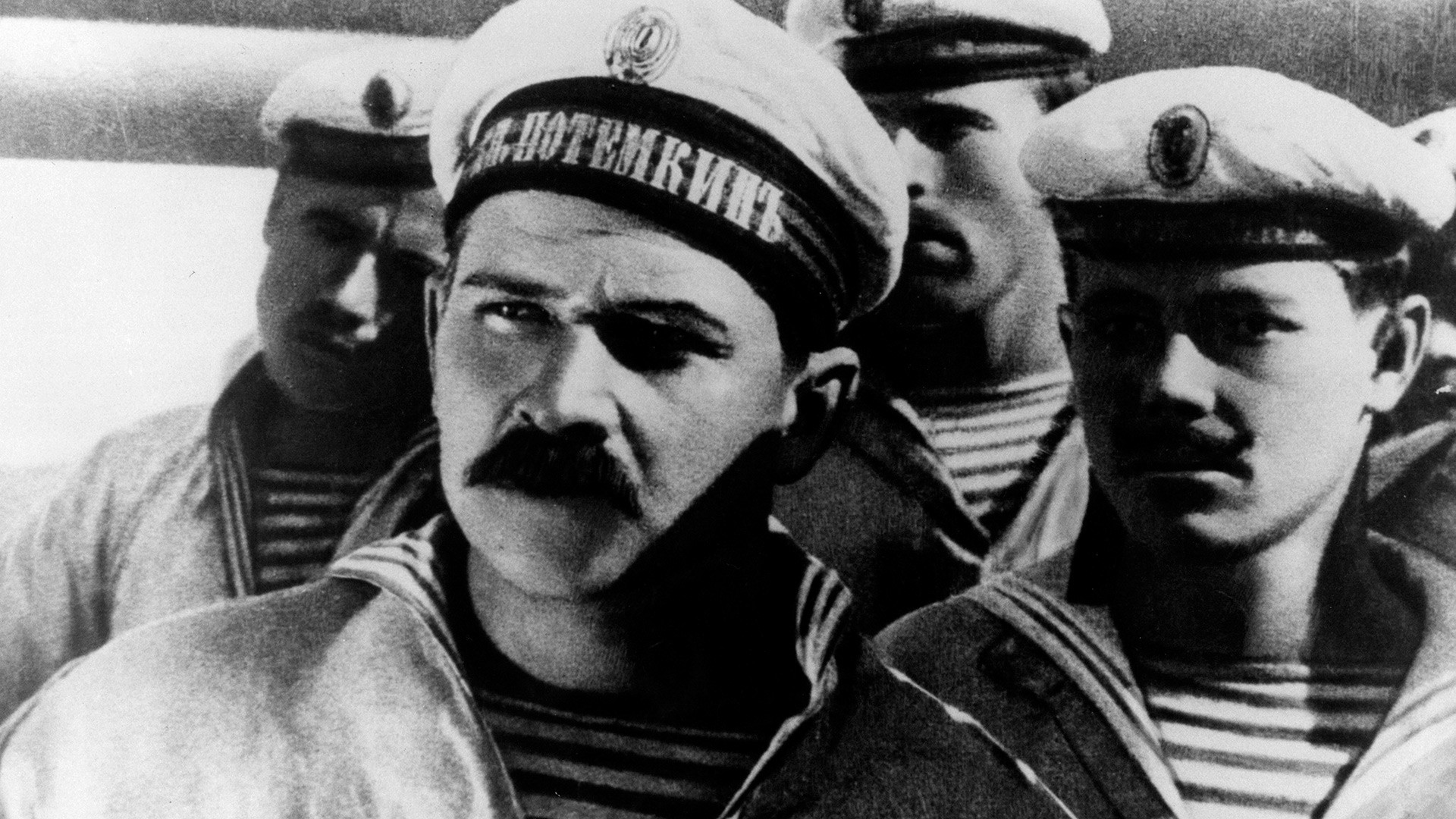 Sergei Eisenstein, an early genius of Soviet cinema, dramatized the 1905 mutiny of sailors against officers aboard an imperial battleship in Odessa. The movie is considered a classic of world cinema, with influence on generations of directors and cinematographers. The iconic scene of soldiers marching down the Odessa steps, for example, has been reimagined in The Untouchables, directed by Brian De Palma, Naked Gun 33⅓ by Peter Segal, and other movies.

Eisenstein directed other films that also became legendary, including October (Ten Days That Shook the World), Alexander Nevsky and Ivan the Terrible. He is also famous worldwide as the inventor of the “intellectual montage” style of film editing. 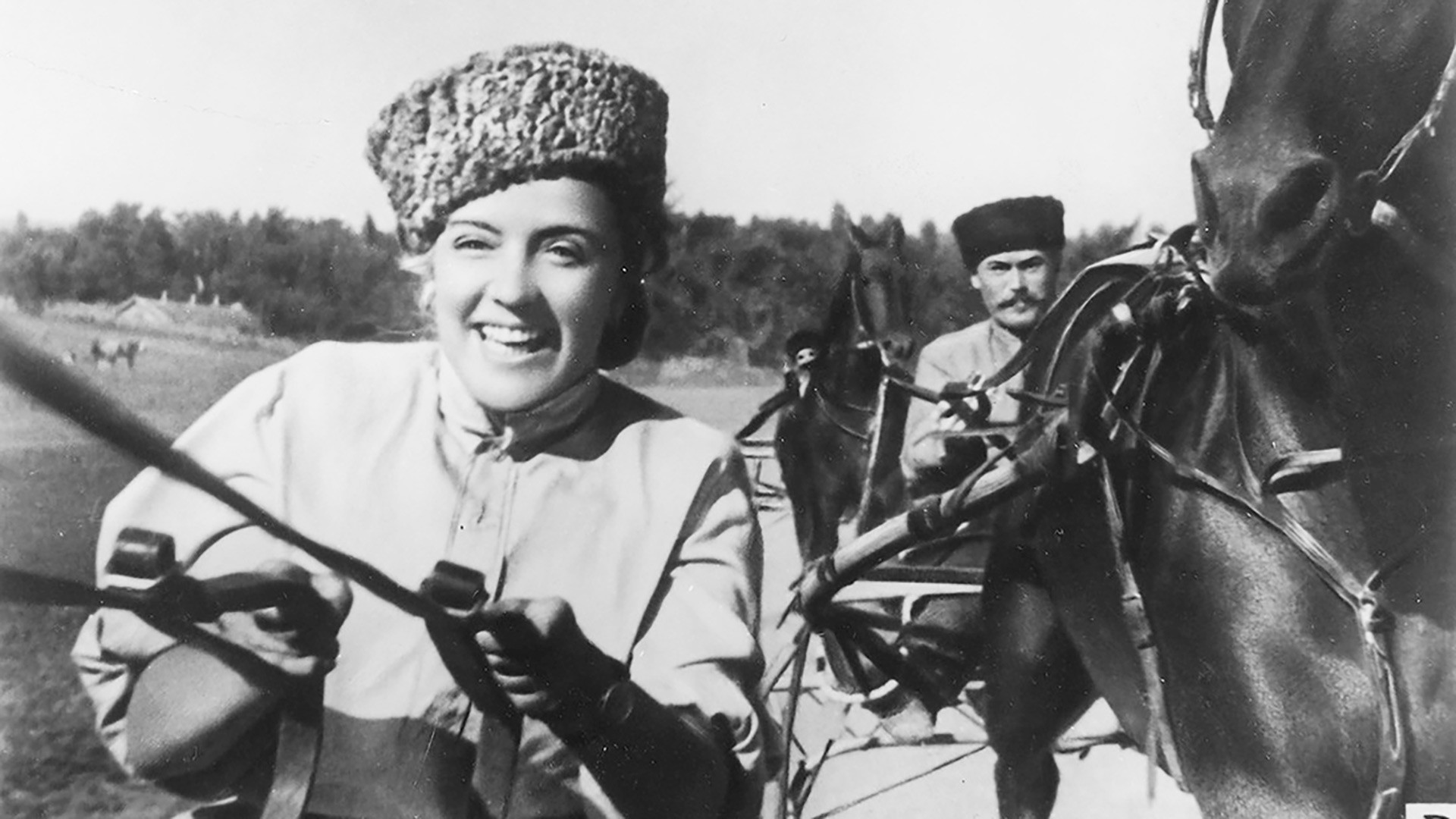 This film, by director-screenwriter (and, later, Mosfilm studio chief) Ivan Pyryev, is a love story about two workers from different collective farms in the Soviet Union’s Kuban region. It was intended to present Soviet life as beautiful and prosperous.

The irony of the production is that its release came four years after the end of World War II when the country was still exhausted and many citizens didn’t have enough to eat. According to their own memoirs, some cast members fainted from hunger pangs on the set when they saw fake produce meant to represent the bounty of the region. 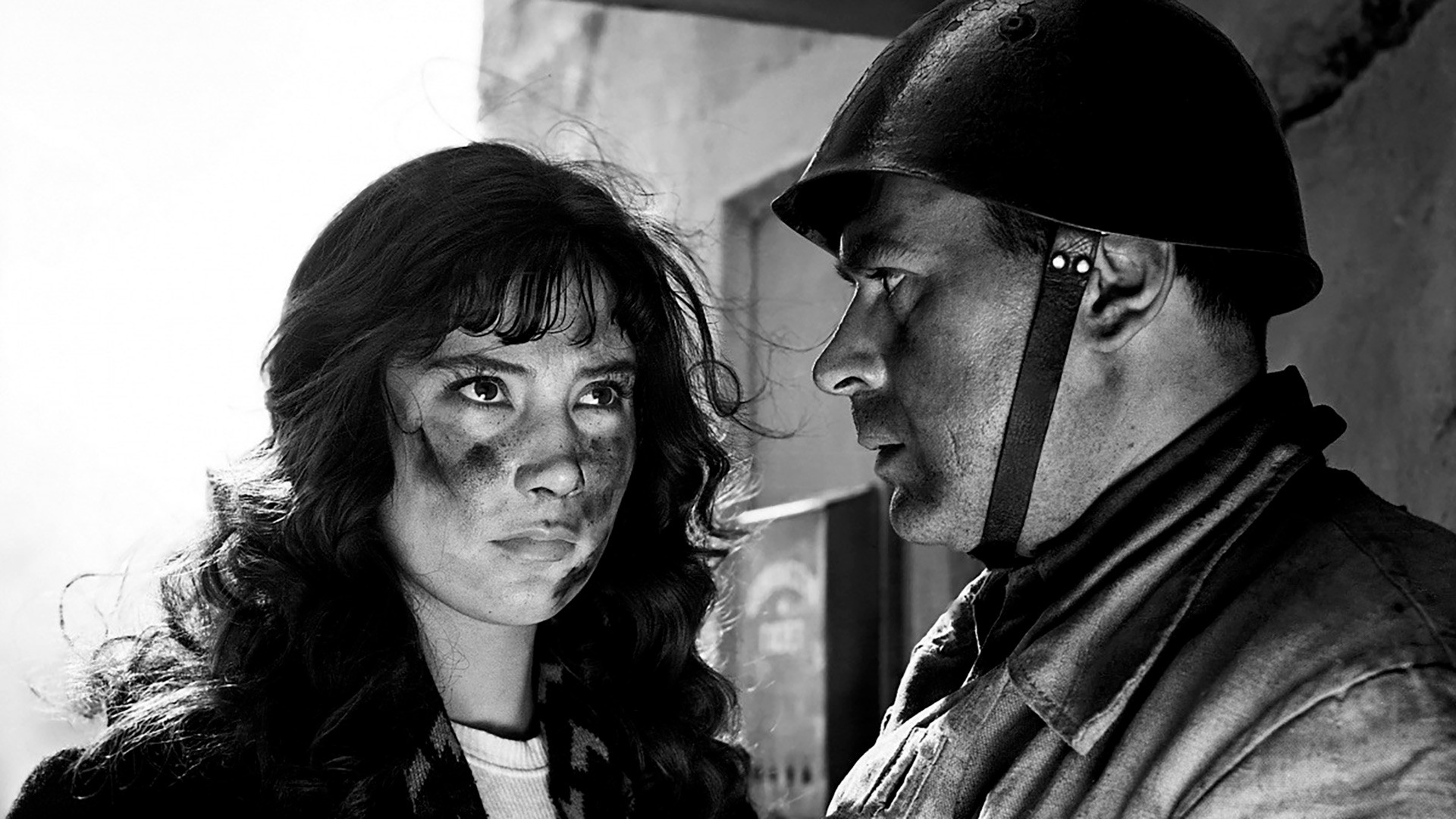 Directed by Mikhail Kalatozov, this film was an innovation for its time, both in terms of artistry and technological prowess. Cinematographer Sergey Urusevsky introduced techniques such as the use of long camera “phrases” that lasted several minutes without interruption or edits. Urusevsky was also the first to use circular rails for tracking shots, a technique that is now a staple of modern filmmaking. He never patented his invention, however.

This beautiful story of love and friendship ends tragically, due to the onset of World War II, family strife, and personal choices made by the main characters. They are presented as unique, complex individuals, not idealized parts of the Soviet machine, and this portrayal drew broad criticism from the authorities.

The Cranes Are Flying is the only Soviet or Russian film to win the Palme d’Or, the main prize at the Cannes Film Festival. 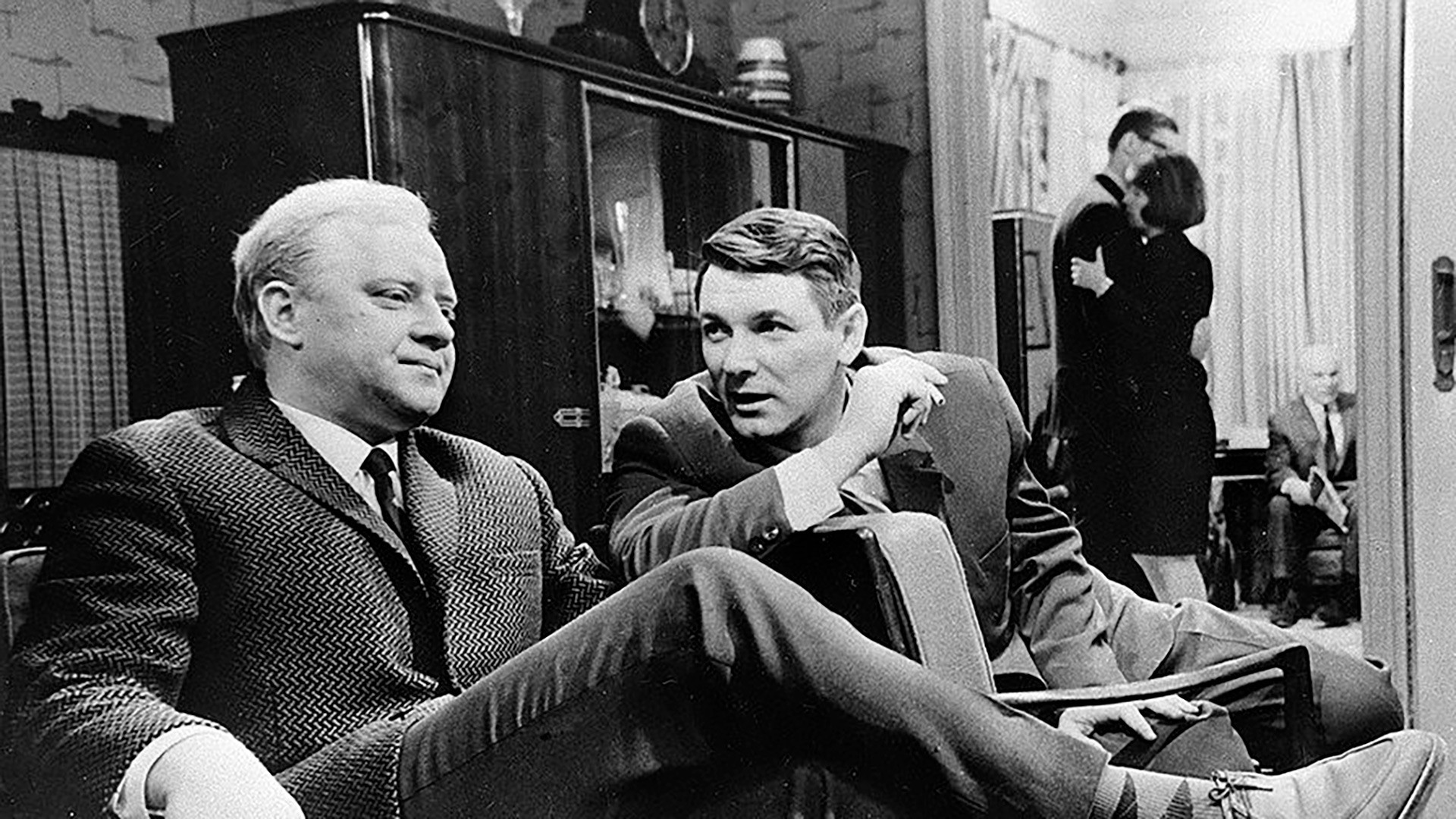 Considered among the most intellectually powerful films of its time, July Rain by director Marlen Khutsiyev was a breakthrough — a highly original work of art for Soviet cinema during the Khrushchev Thaw and reminiscent of French New Wave cinema.

The film can be seen in the context of the much-loved Soviet genre “auteur song,” popularized by bards and poets of the 1960s including Yuri Vizbor, Bulat and Evgeny Kliachkin. In addition, famed Russian directors Andrei Tarkovsky and Alexander Mitta played minor roles in the film, which spans the summer-to-autumn romance of two people in their 30s who are experiencing a painful revision of their views and beliefs. 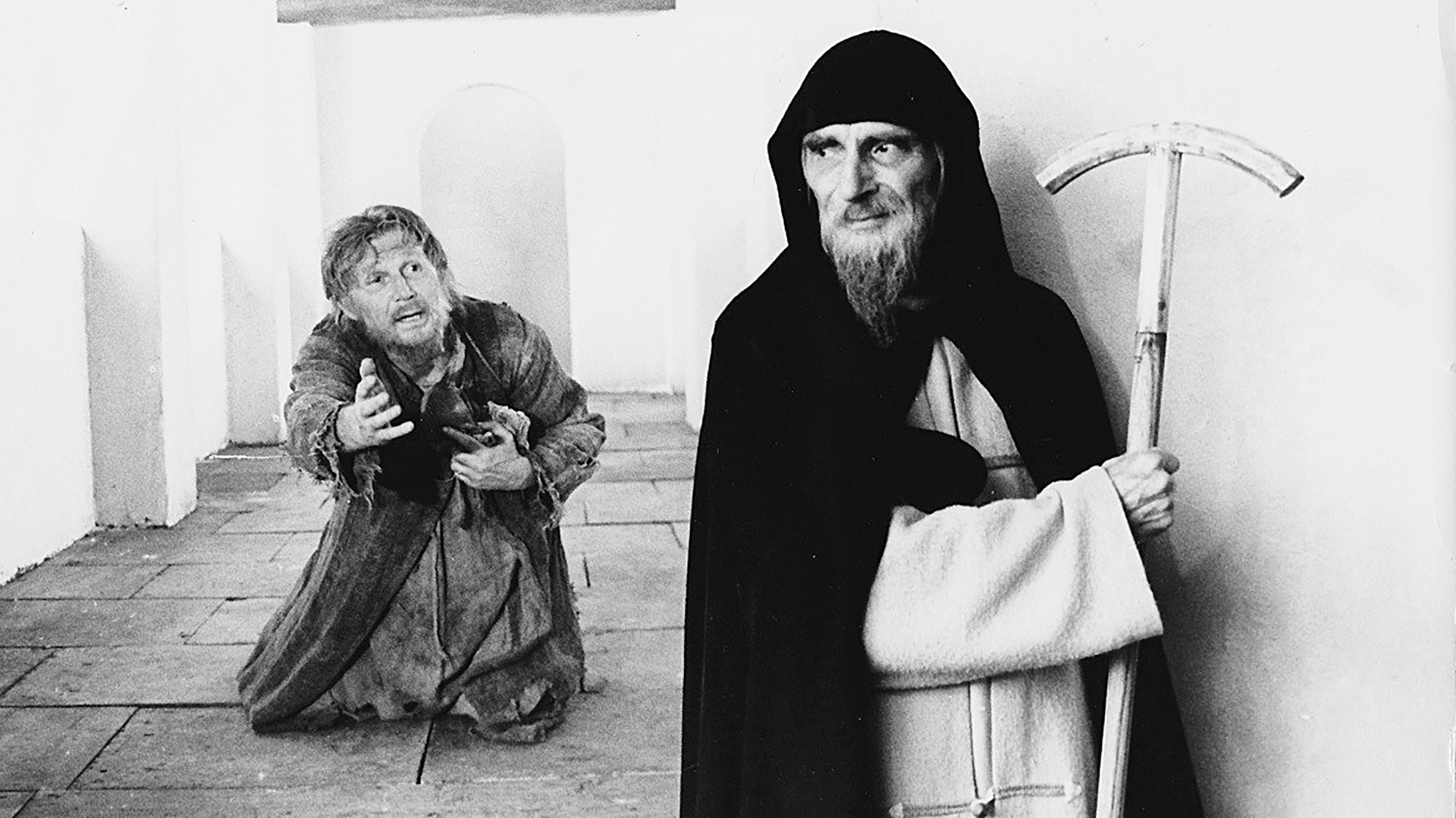 This film captures the national character, artistic and cultural beauty, and tragic history of Russia. It was banned for years by Soviet authorities due to religious and philosophical overtones that didn’t comport with official ideology.

The biopic about 15th-century Russian icon painter Andrei Rublev covers a wide range of topics against the backdrop of medieval Russia, serving as a philosophical saga about the role of the artist in Russian history and culture. Although the director, Andrei Tarkovsky, made only seven feature films in his career, each is considered a masterpiece. 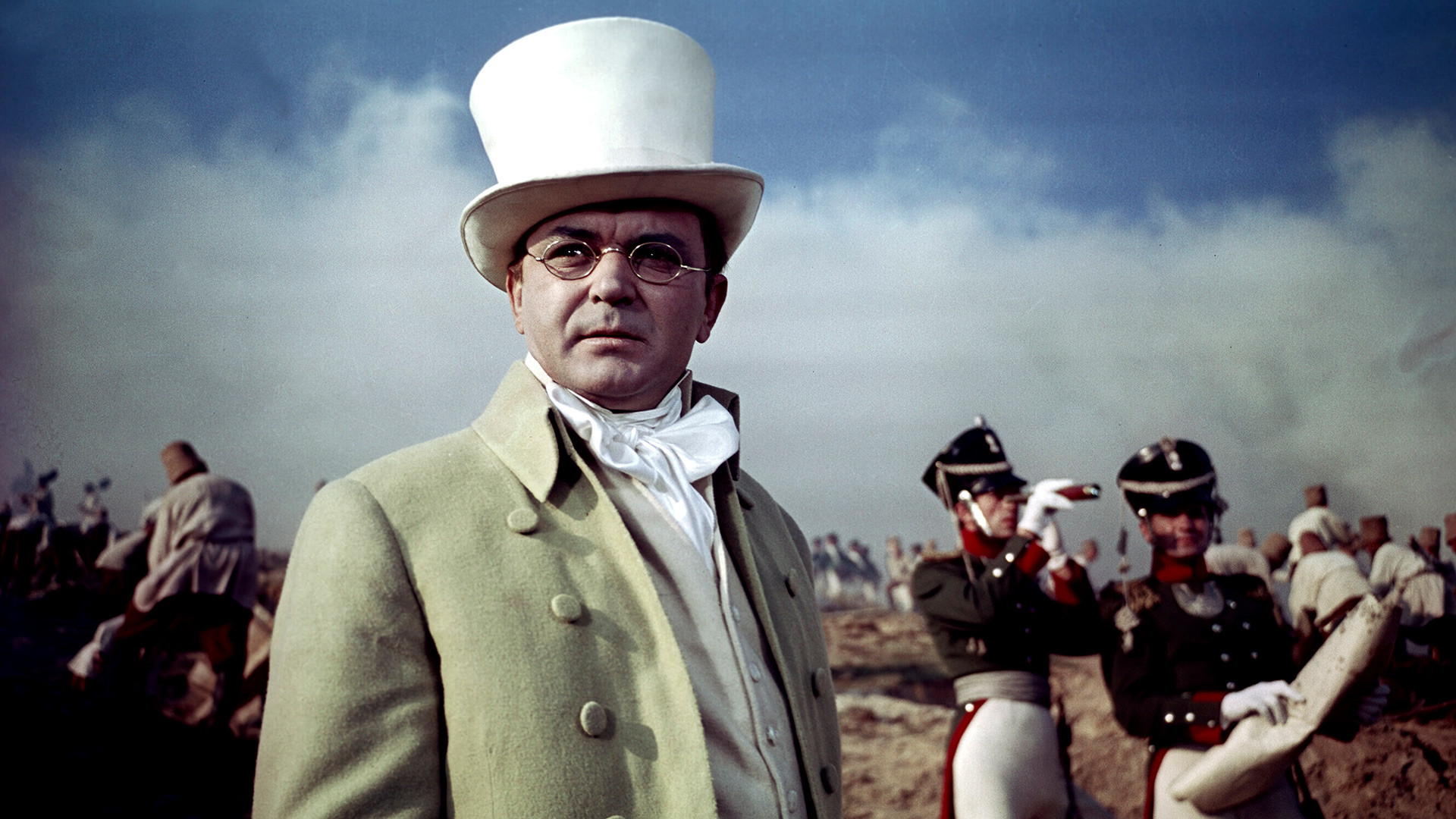 This four-part, Academy Award-winning epic directed by Sergei Bondarchuk is considered the best screen adaptation of Leo Tolstoy’s novel and was the most expensive film ever made in the Soviet Union. A special cinematic cavalry regiment of 1,500 riders was created by the Soviet Defense Ministry for the battle scenes. The regiment participated in the production of many subsequent films.

Production of the film took six years. During that time, the collections of 58 museums in the country were used and more than 40 Soviet enterprises made weapons and equipment of the historical period shown in the film, from snuffboxes to wains. Also produced were 9,000 suits, 12,000 , 200,000 buttons, and exact replicas of Russian and French medals and arms.

The film is also noted for its sweeping battle scenes and the innovation of panoramic camera shots of battlefields. For example, during the shooting of the 1812 Battle of Borodino, for both the French and Russian armies a 950-man cavalry regiment and 15,000 infantrymen were cast. 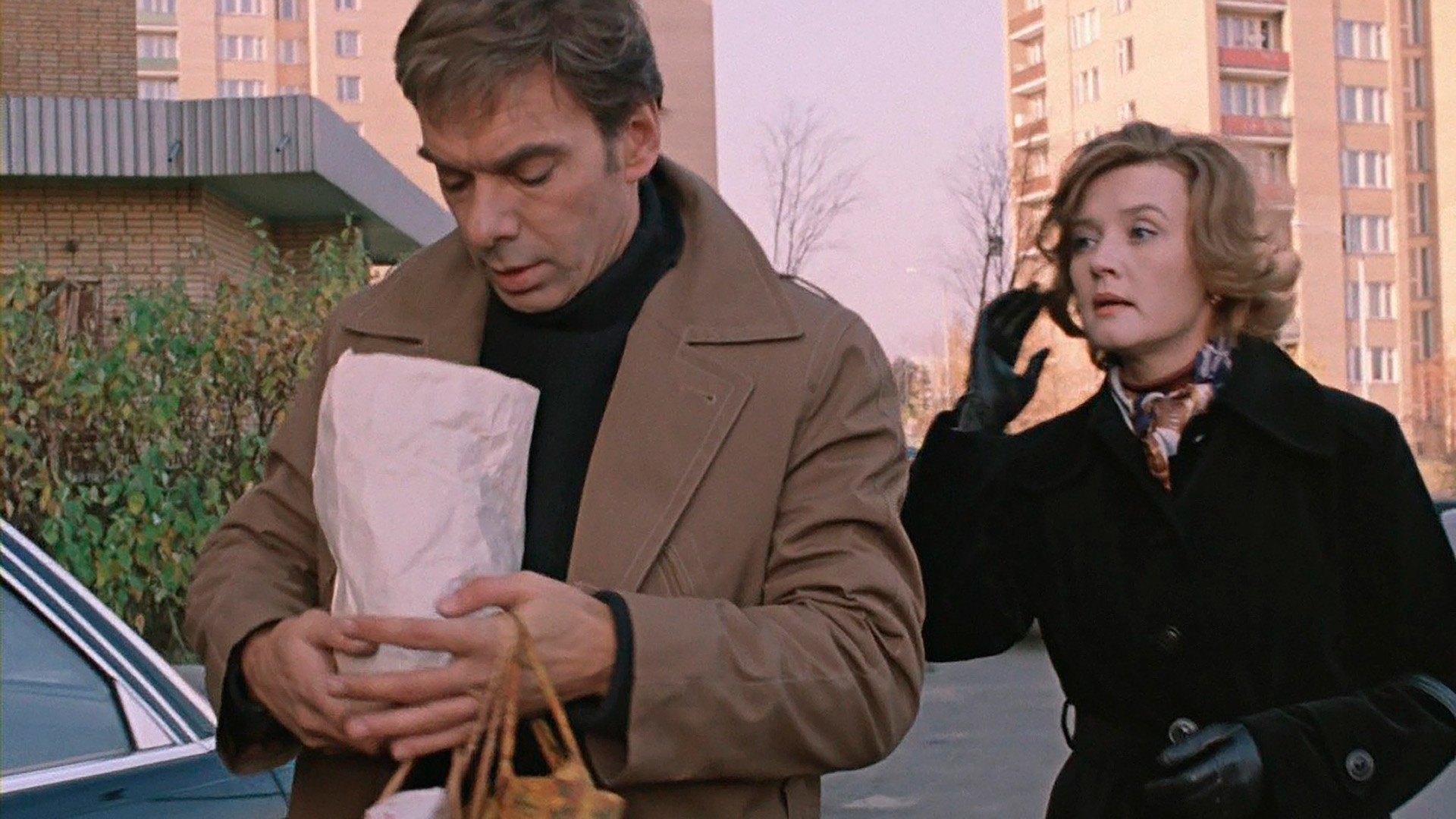 The film also won an Oscar, for Best Foreign Language Film, in 1981. Before his historic meeting with Soviet leader Mikhail Gorbachev in 1985, U.S. President Ronald Reagan, a former actor, watched Moscow Does Not Believe in Tears several times to better understand the Russian soul.

It was the work of a largely unknown director (Vladimir Menshov) and cast; some famous Soviet actors had declined roles in what they regarded as a non-prestige project. But those who did participate became overnight stars due to the popularity of the movie, which portrays the multifaceted life of many Soviet women.

The movie's heroine is abandoned by her boyfriend after he gets her pregnant. She finds relief from her hard life by becoming the successful head of a large factory and a great mother to her teenage daughter. Finally, she finds her true love. 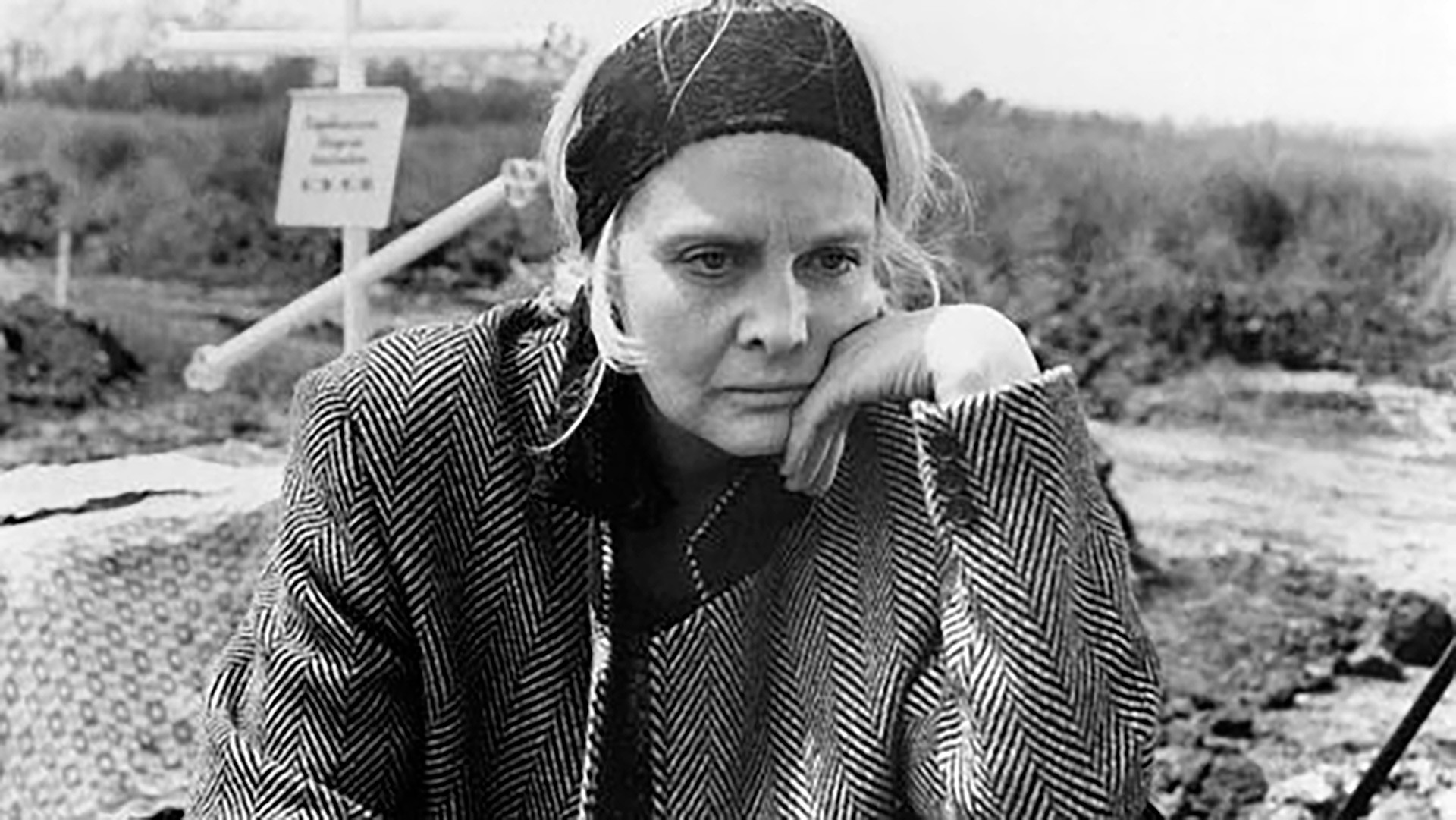 Film directing is a profession long dominated by men, both in Russia and abroad. But in Soviet cinema, Kira Muratova was an acclaimed exception. The Asthenic Syndrome covers two eras, the pre-perestroika Soviet Union and the reform period itself, although the film’s two parts are unconnected. The first, filmed in black and white, tells the story of a woman mourning the death of her husband; the second part, shot in color, portrays a teacher suffering from asthenia, a form of weakness. 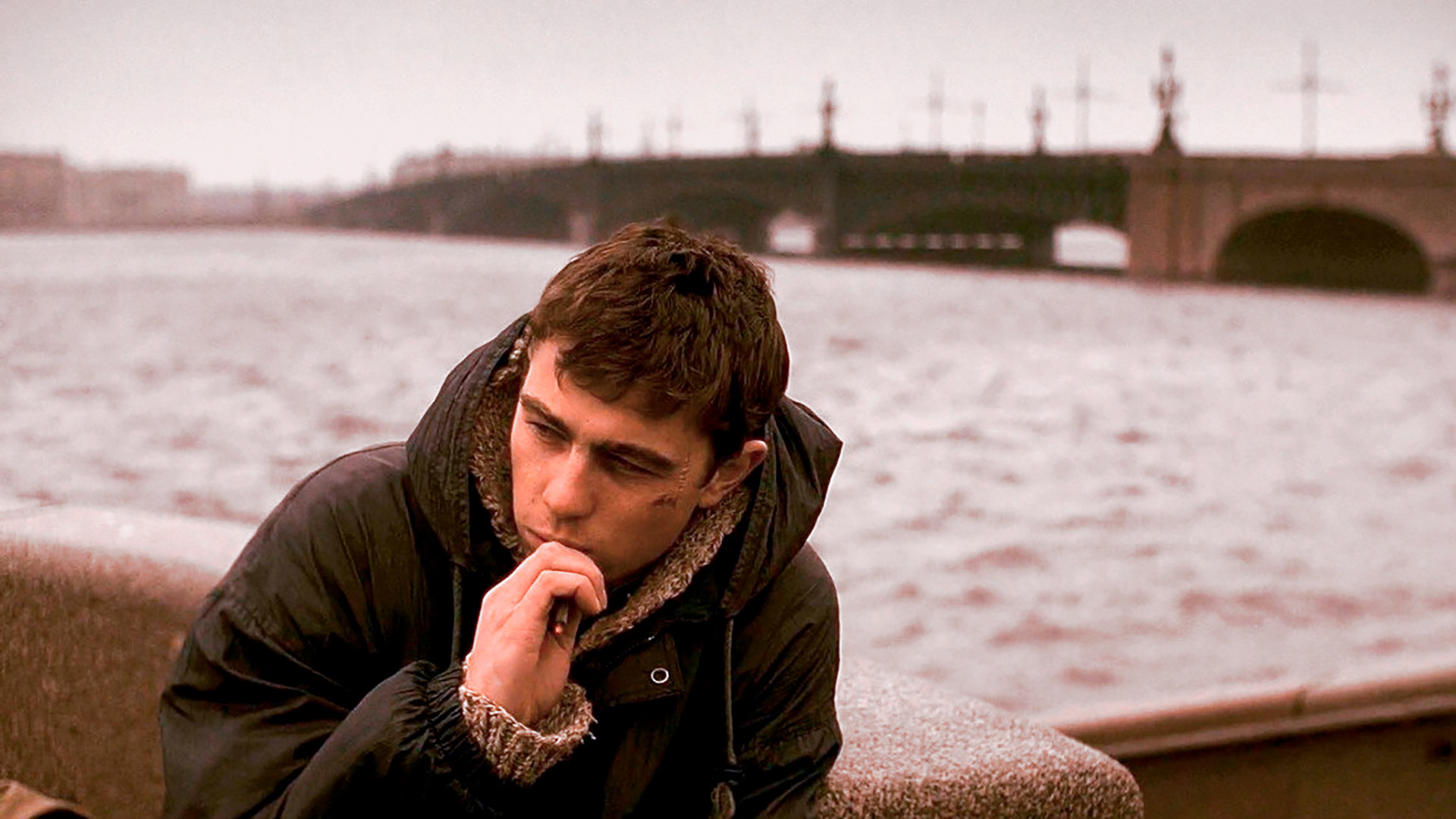 This drama directed by Aleksei Balabanov was emblematic of the immediate post-Soviet period and embraced by young people of that era. Banditry, racketeering and other forms of criminality that poured into Russian streets following the Soviet Union’s collapse are depicted in this story of a young veteran of the first Chechen war, Danila Bagrov, trying to find his place in a new society.

The film was shot in 31 days, on a small budget, but instantly became a hit with audiences. The sequel, Brother 2, was released in 2000. 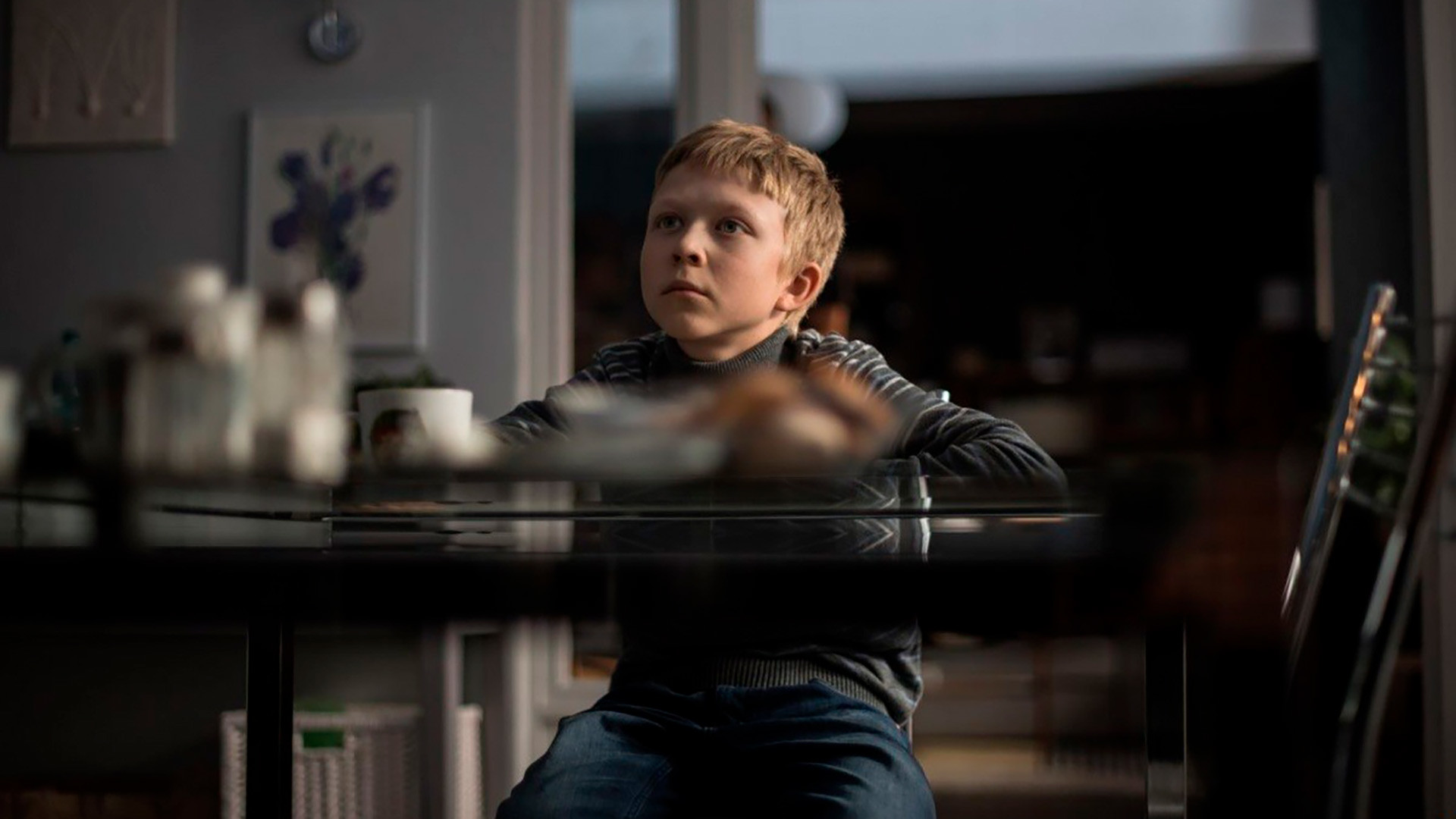 The film won the Jury Prize at this year’s Cannes Film Festival and has been submitted as Russia’s entry for the Academy Award for Best Foreign Language Picture. It portrays a child who finds himself psychologically abandoned and unwanted by his mother and father.

Director Andrei Zvyagintsev has been a favorite of European cineastes since the release of his first film, The Return, which received a Golden Lion at the Venice Film Festival in 2003. Zvyagintsev’s subsequent films have all been nominated or awarded at major European and U.S. festivals — The Banishment (2007), nominated for Cannes’ Palme d’Or; Elena (2011), winner of the Cannes Jury Prize; and Leviathan (2014), winner for best screenplay at Cannes and recipient of the Golden Globe award for best foreign-language film.