Beyond the Black Square: 5 paintings by Kazimir Malevich you've probably never seen before

Culture
Alexandra Guzeva
You have probably heard something about suprematism, a complicated avant-garde fine art genre. But did you know that its creator, Malevich, actually painted not only geometric figures? We assume you cannot name even a single his other works (as many Russian wouldn’t be able to do). So here are five paintings to show the variety of his art.

While Malevich is most often associated with his suprematist masterpiece, the Black Square, his extensive body of work throughout the years reveals a versatile and eclectic artist.

Kazimir Malevich, born in 1879 in Kiev, was initially far from the world of art. His father wanted Malevich to follow in his steps and go into the sugar beet processing business. His mother, however, had some artistic leanings, writing poetry and loving embroidery, and was later one of the few people who supported Malevich's ambition to become a painter.

As a child, Malevich saw a painting of a girl peeling potatoes and was struck by how accurately the peelings were depicted. It was that unbelievable realism that set in motion the artistic journey of one of the most abstract artists of the 20th century. 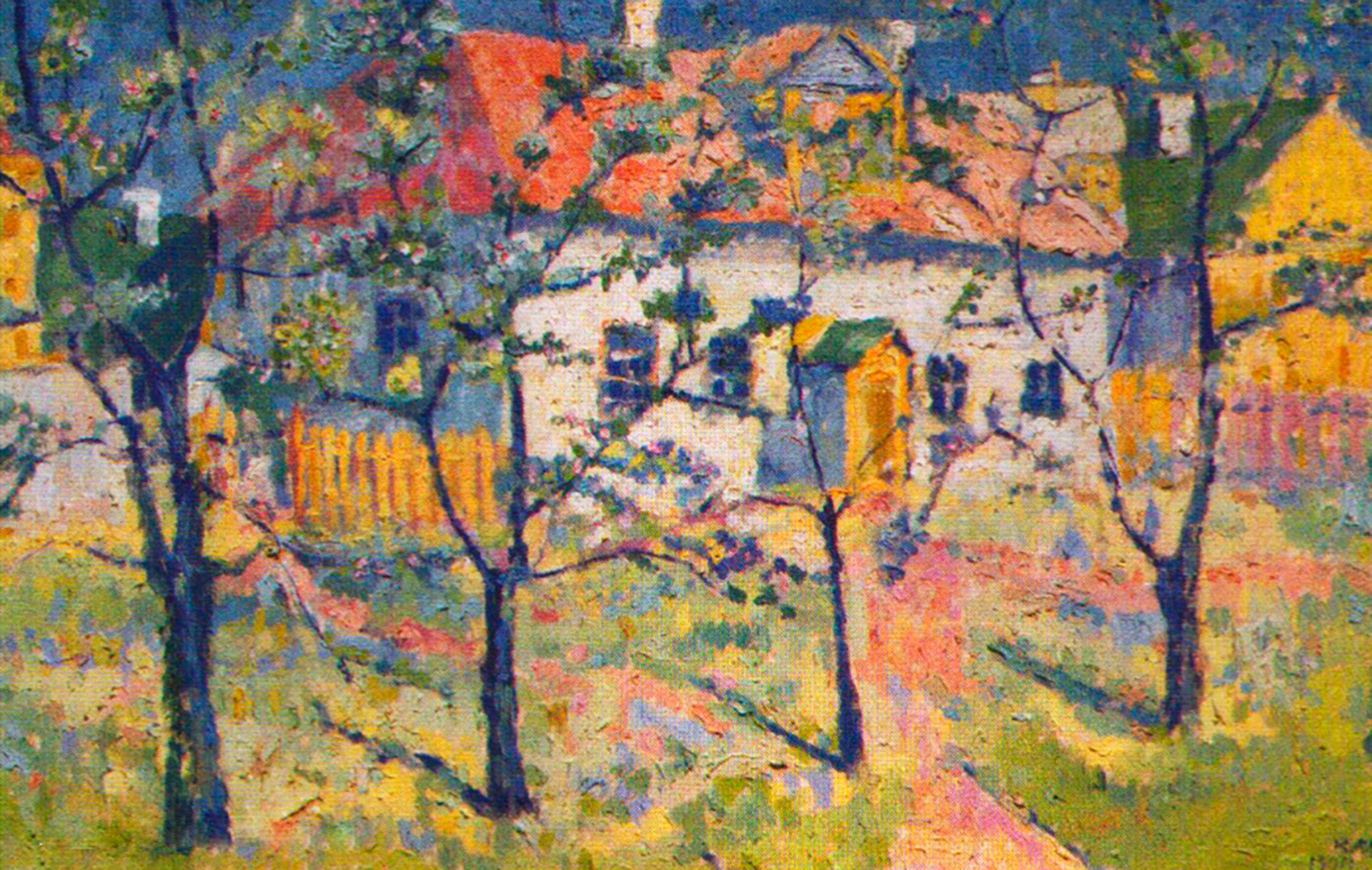 This is one of Malevich's early works. At the time, his paintings were full of the impressionist spirit. This was a phase that almost all avant-garde artists went through. A private teacher who gave Malevich drawing lessons was a big fan of Paul Cezanne. 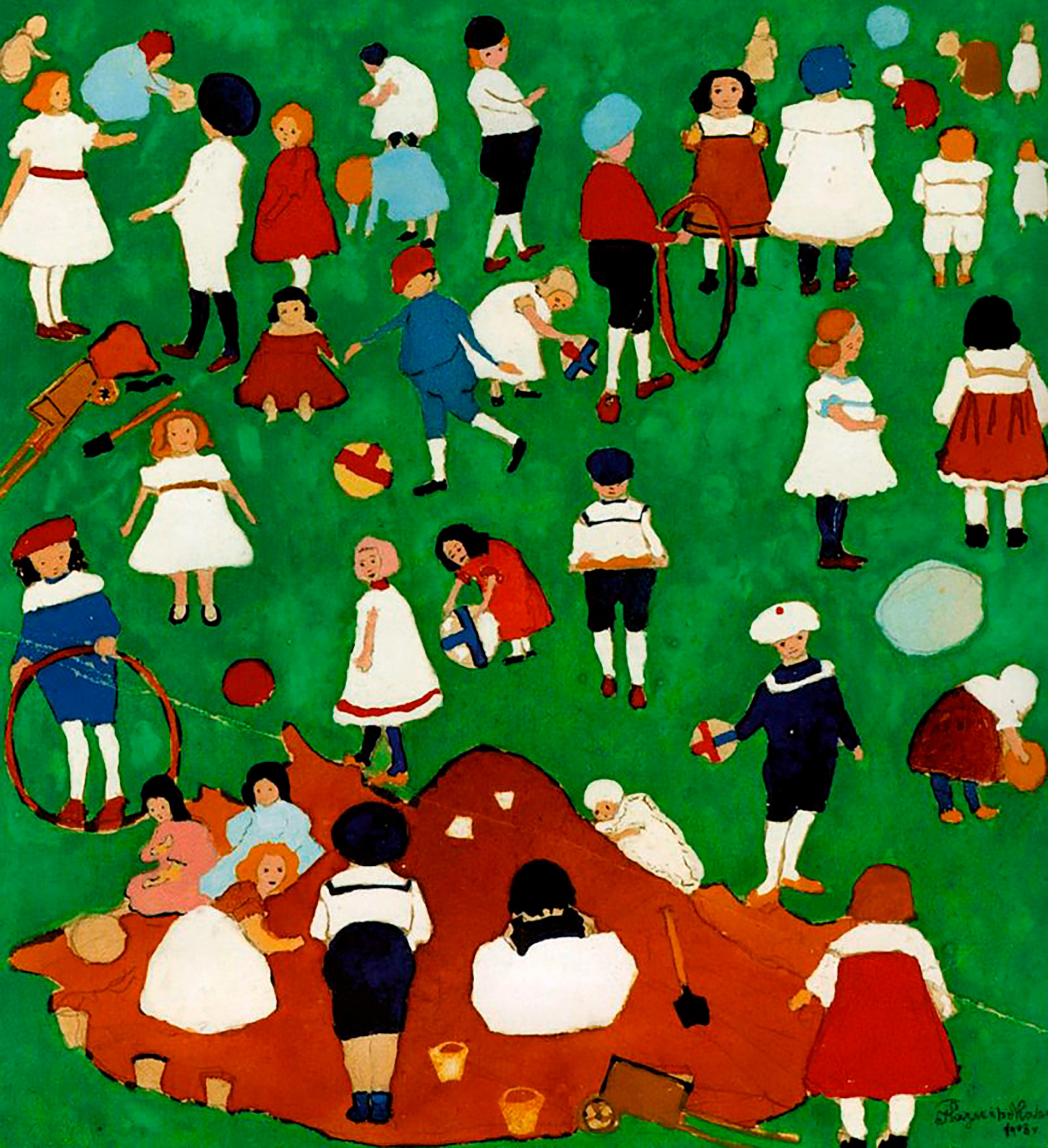 From pure impressionism, Malevich moved into avant-garde, taking part in the exhibitions of various artistic groups, including the Knave of Diamonds. He slowly turned to cubism and an alogical style of painting (Alogism), with his works gradually becoming more geometric and primitive. 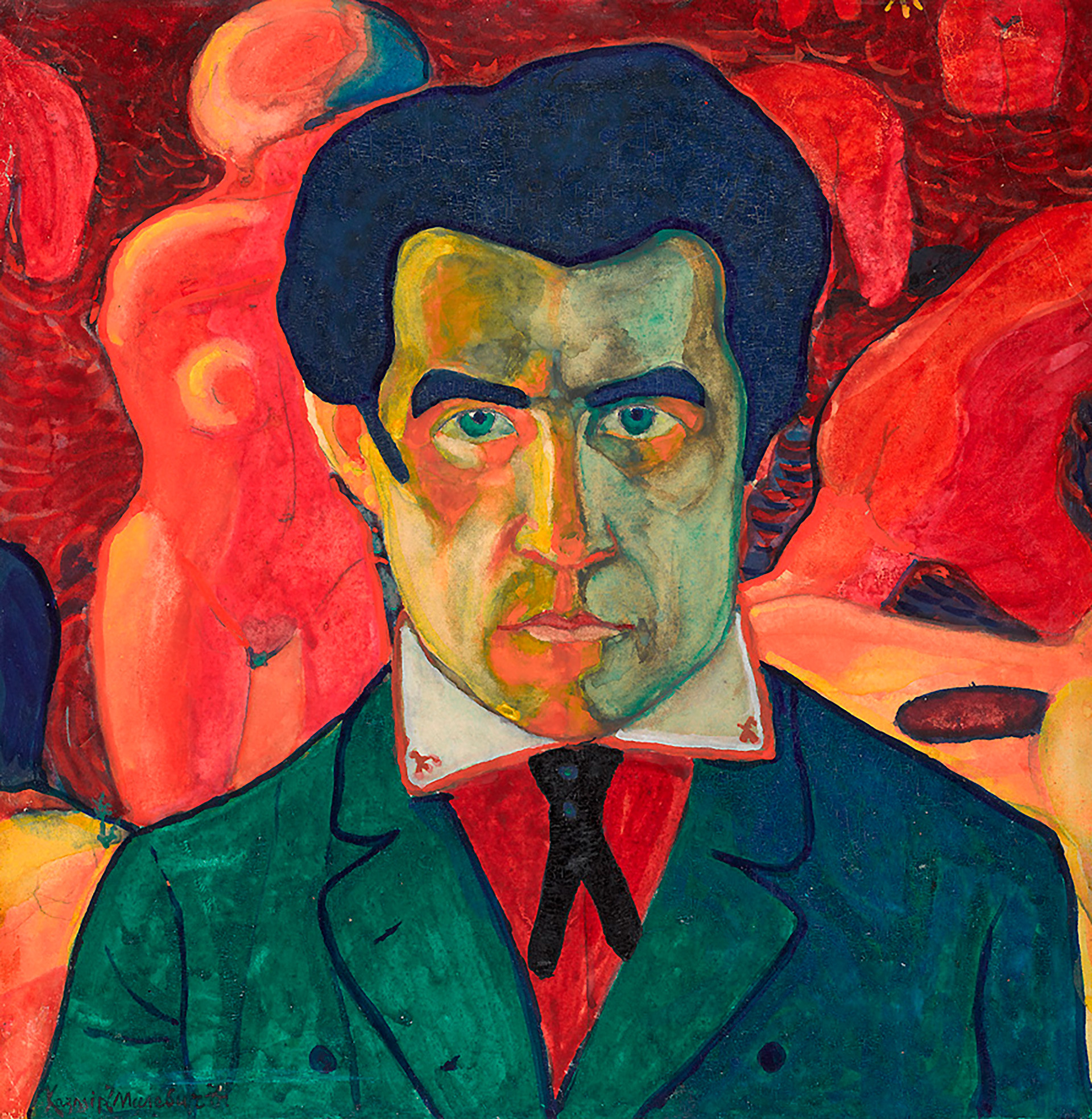 Malevich draws about seven very different self-portraits; by observing them, it’s easy to check what art style Malevich was following at the moment. His first very early portrait is a fresco sketch and contains Orthodox motifs. There are also several portraits drawn under the influence of French fauvism paintings with their unexpected color and textures, including the one pictured above that is probably the most famous. In it one can already observe Malevich's tendency toward geometry. There is also one suprematic portrait based on the Black Square (that is probably a head) and two late realistic portraits. 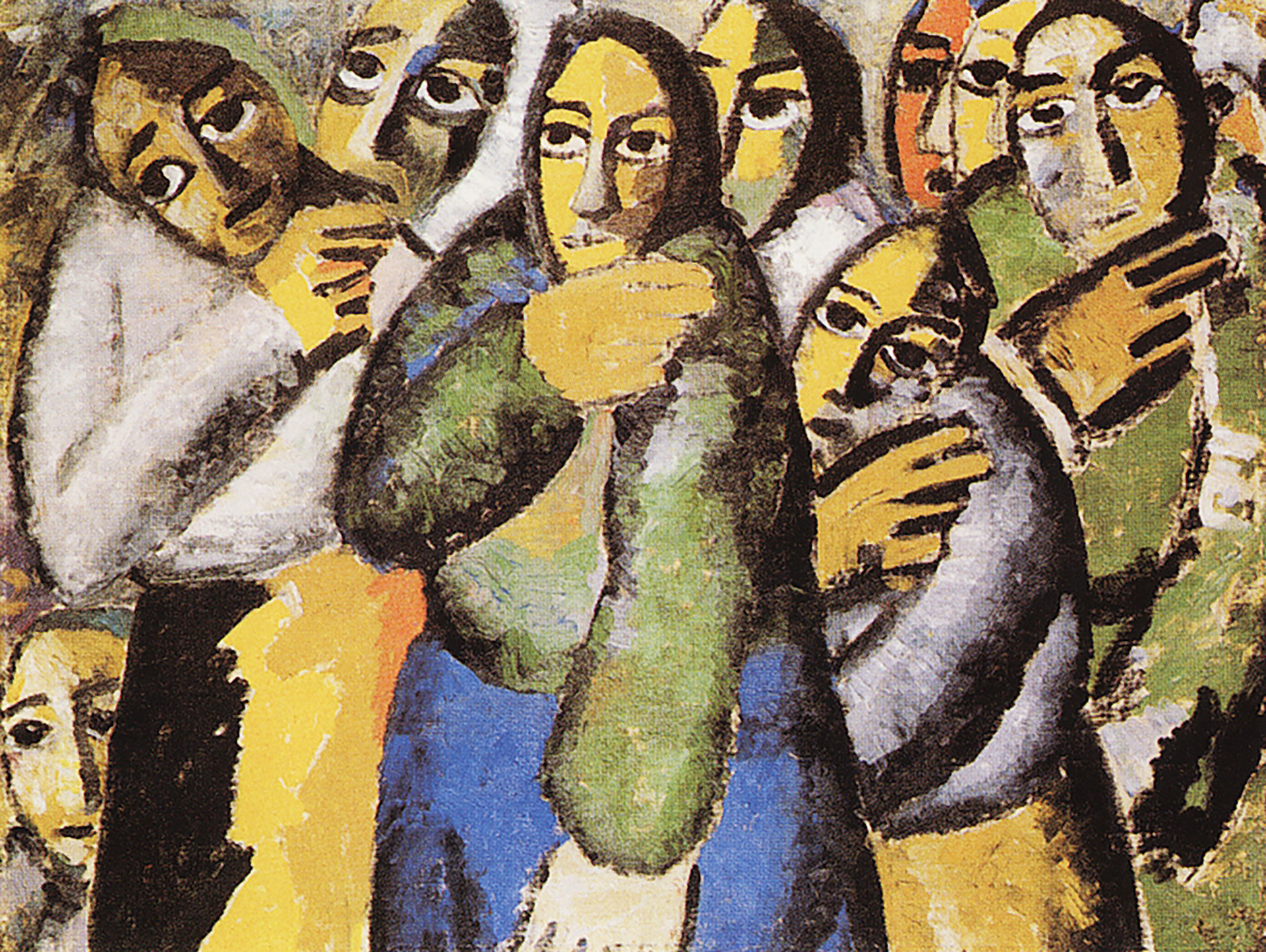 This is a painting from the so-called "first peasant cycle". The main subjects approached are peasants, portrayed in fields, churches and close-ups. At this stage Malevich’s figures appear to be growing in mass, becoming more voluminous and static. 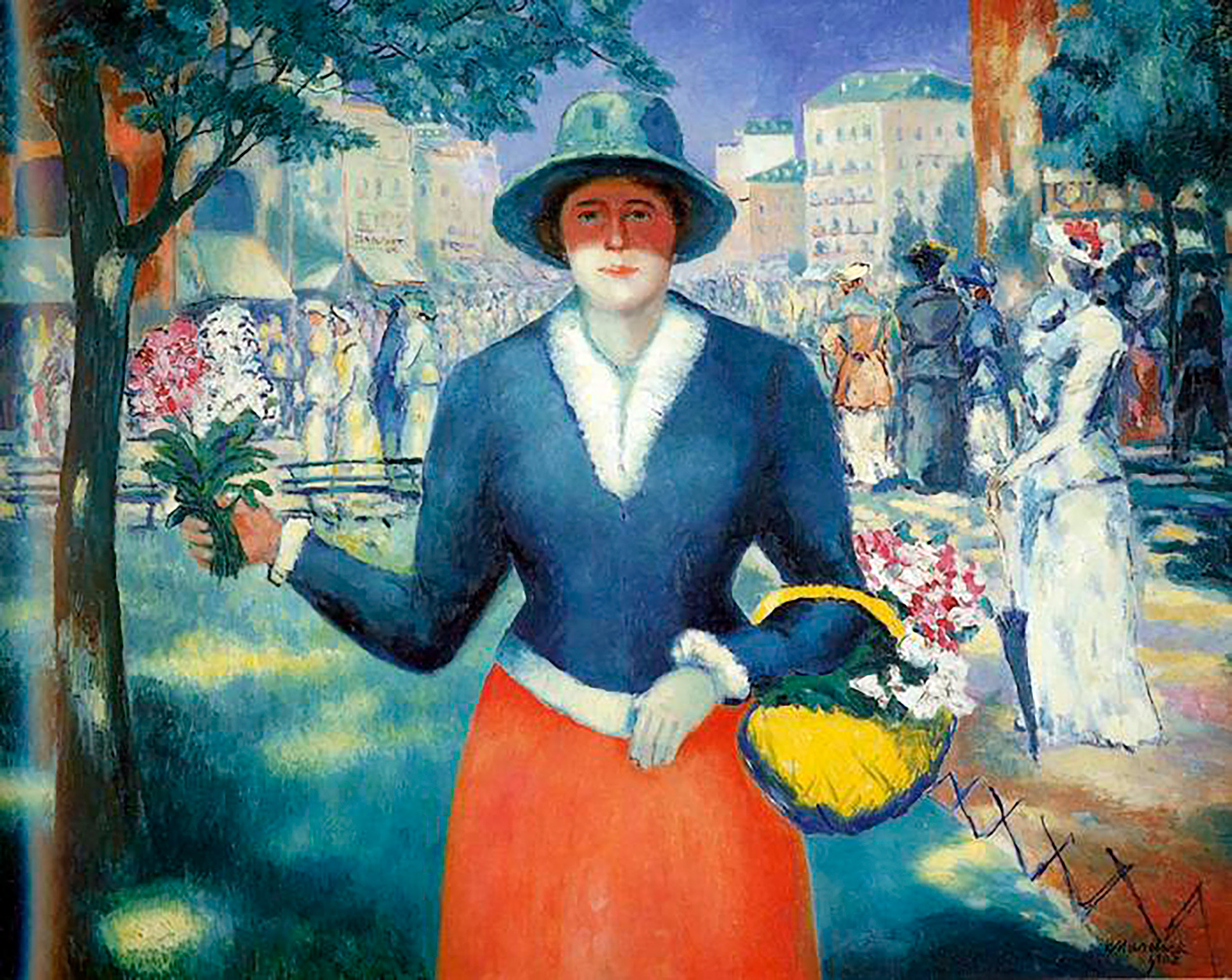 Closer to the end of his life, Malevich turned back to realist painting. Hard to believe, but the creator of the Black Square ended his career switching to painting simple, ordinary and quite concrete landscapes. In his late works Malevich again appeals to impressionism, trying to rethink it and give it a new interpretation. But when the background ladies are drawn in a true impressionist way, the flower girl’s pose and even clothes reflect a suprematist influence.