Putin appears in Family Guy to beat up Peter Griffin 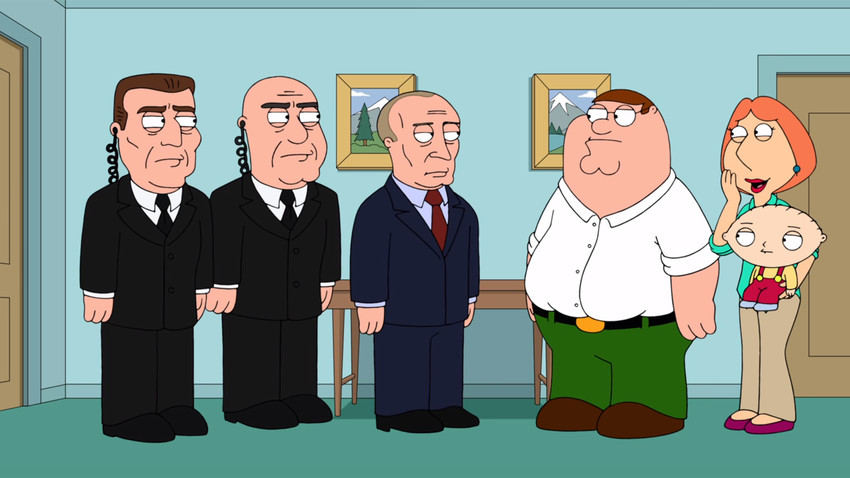 Animation on FOX/Youtube.com
The fight, according to the plot, was pretty unfair

Russia’s president Vladimir Putin appeared in Family Guy’s 16th season (yes, this animated sitcom has been on for quite a while now). It’s not the first time the politician has been depicted in the show, but this time, his role was more active than ever – he came directly to America for the sole purpose of fighting Peter Griffin.

According to Putin, Peter claimed that any American can beat up any Russian, so the President flew across the ocean to “prove him wrong”. To provoke the fight, he calls Peter “a chicken” and imitates sounds that chicken makes in a very strange (and non-existent) “Russian” manner.

The two then face off against each other – Putin goes shirtless, of course – and Putin’s bodyguards grab Peter and hold him while their boss beats the hell out of him. Then Stewie, Peter’s son, notices that Putin’s phone is buzzing. It’s a text from Donald Trump: “Heard you’re in town. Up for grabbing some *pictures of cats*?” Let’s pretend we’re not sure what that means. Comedy can be crazy in this day and age anyway.