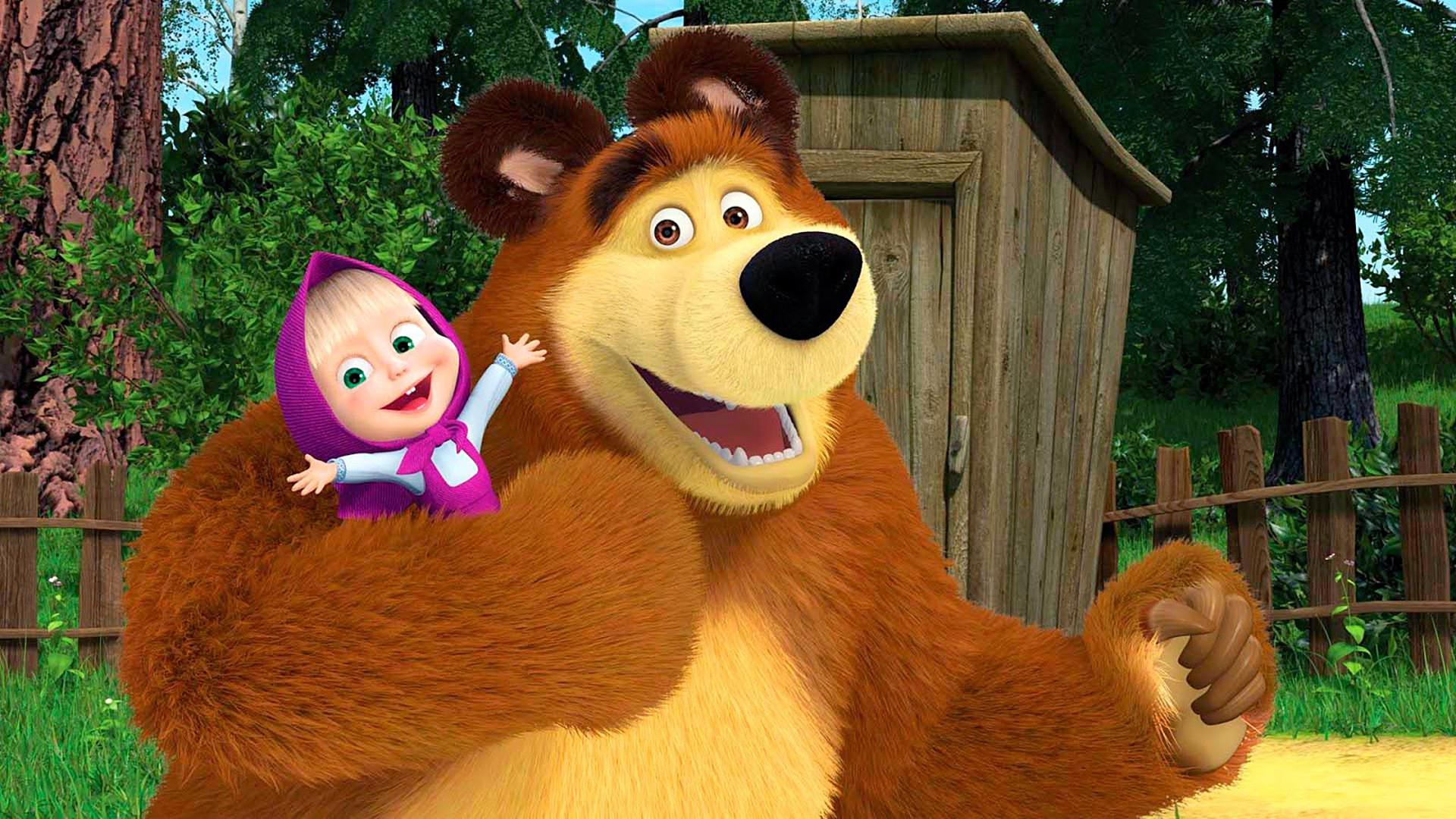 Masha and the Bear
Several series of animated films from Russia have been watched and loved all over the world. Combining the decades-long experience of the Soviet/Russian school of animation with modern technology and universal stories, the shows and characters have become household names in a number of countries.

When work on the first episodes of the children's animated series Smeshariki began at the St. Petersburg-based animation studio Peterburg in 2003, the creators could hardly have expected the impact it would have. More than 10 years later the series has been adapted in half a dozen countries, including the U.S. and Germany, and its characters are known to children around the globe.

The title Smeshariki comes from combining two Russian words, "" meaning "funny" and "" meaning "little balls" and refers to the series’ characters, as stylized round animals.

The idea wasn't wholly original. The title of the 1970s children’s cartoon “Losharik,” was also derived from two words, one of which was “,” and the main character is a horse made of little balls.

Three animators were working in far from ideal conditions for the city’s best-known animation studio, Melnitsa, using flash technology, then mainly used on the internet. But their efforts paid off.

The first 6-minute episodes were broadcast on Russia’s popular Channel One in the summer of 2004. The idea was that the roundness of the characters would convey their kindness to very young children, and they would be easy for them to draw, which turned out to be very effective.

Now over 450 Smeshariki episodes have been made, and more are in production. The series also spawned several spinoffs, including Krosh and Panda and PIN Code, and two feature films, Smeshariki. Legend of the Golden Dragon and Smeshariki. The Beginning. Another feature, Smeshariki. Déjà vu is due to be released in 2018.

Smeshariki became the first Russian cartoon series to be adapted in foreign countries. In the US, the series was remade as GoGoRiki and was first aired in 2008 and the German version, Kikoriki, debuted a year later.

2. Masha and the Bear

Loosely based on a Russian fairy tale about a little girl living in the woods and her contacts with fictitious animals, including a kind-hearted bear, the children's animated series Masha and the Bear premiered on Russian television in 2009.

However, the development of the idea took many years. Animator Oleg Kuzovkov first came up with the concept in 1996, after watching a mischievous little girl while on a seaside vacation, and also draws inspiration from the Tom and Jerry cartoon series.

Today, the show, produced by Animaccord studio, is in its fourth season, with 67 episodes aired so far, plus two spinoff series, Masha's Tales and Mashka's Spooky Stories.

Episodes have been translated into two dozen languages and have been broadcast in over 100 countries, including the United States, Great Britain, Canada, Australia, Germany, Italy and across the Middle East.

The series has also had a successful YouTube run, with the episode Recipe for Disaster generating nearly 2.5 billion views and becoming YouTube's most viewed non-music video.

Incidentally, in the US version, aired on Universal Kids and Cartoon Network, Elsie Fisher, who gave her voice to Agnes in the Despicable Me franchise, dubbed the character of Masha.

Masha and the Bear is also sold globally. In 2015, the producers earned $225 million from licensing agreements and sales of , with more than half coming from outside Russia.

Unlike Smeshariki and Masha and the Bear, this franchise was originally conceived as a feature film for theatrical release. Based on the fairytale by Hans Christian Andersen and directed by Vladlen Barbe and Maxim Sveshnikov, The Snow Queen came out in Russia in late 2012.

The story about siblings Gerda and Kai fighting the evil Snow Queen, who covered the world with ice, turned out to have universal appeal.

Eventually, The Snow Queen, produced by Animation, was released theatrically in more than 80 countries, including the United States, Great Britain, and China, grossing about $25 million worldwide. It was followed by The Snow Queen 2: The Snow King in 2015, and The Snow Queen 3: Fire and Ice in 2016.

Produced by studio, the children's cartoon series Three Cats started in 2015 and is aired on the CTC network and Karusel in Russia.

To date, 70 episodes focusing on the adventures of three cats, Korzhik, Karamelka, and Kompot, have been produced.

Nigel Pickard, who used to oversee children's broadcasting at the BBC and ITV, was brought in as executive producer for the English version, while Ceri Barnes, known for Casper’s Scare School, Floogals, Postman Pat and Guess with Jess, joined as story editor.

In English, the series' title will be Kid-a-cats, while the main characters have been rechristened Cookie, Pudding, and Candy.