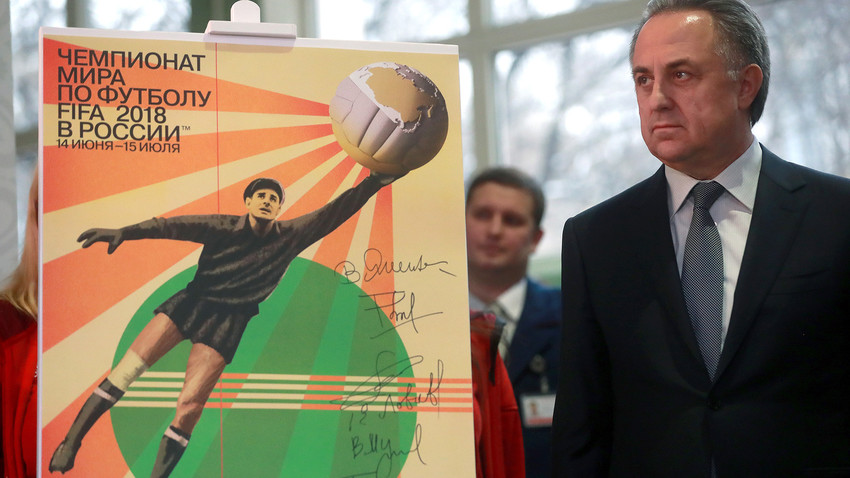 Sergei Fadeichev/TASS
Lev Yashin was the most famous goalkeeper in the history of both Russia and the USSR.

Yashin was an international star, acknowledged across the globe. He was voted the best goalkeeper in the 20th century by both FIFA and IFFHS (International Federation of Football History & Statistics). “We had no doubt when making our choice,” commented Vitaly Mutko, Russia's Deputy Prime Minister and President of the Russian Football Union, while presenting the official poster.

The first copy of new Yashin poster was given to the current Russian national team goalkeeper Igor Akinfeev. “Yashin was a great goalkeeper, it’s an honor for me,” Akinfeev said. “I’ll be happy if I can get to be anywhere near his level”.