‘Sorry guys, pies’: Russian footballer in no mood to talk to press 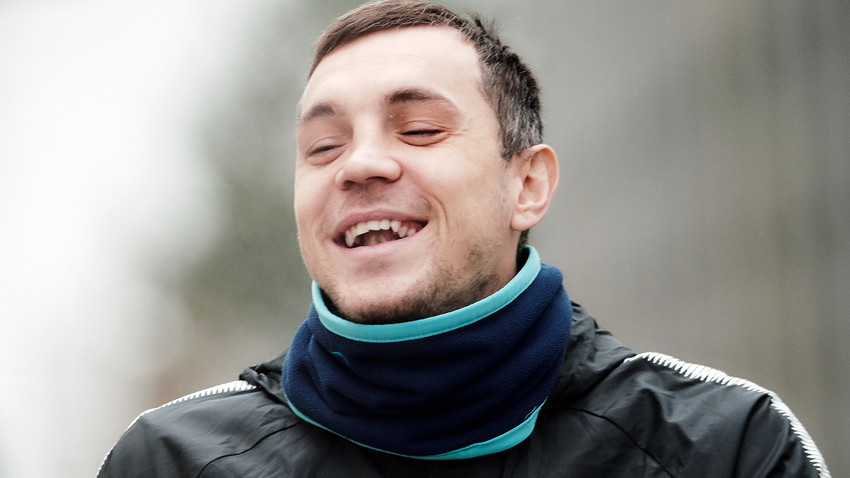 Alexei Danichev/RIA Novosti
Journalists tried to play Zenit St. Petersburg striker Artem Dzyuba at his own game, but ended up with pie on their face - metaphorically speaking.

Russian striker Artem Dzyuba, who plays for both Zenit St. Petersburg and the national team, left reporters “pie” and dry once again. After a match against FC Tosno on Nov. 19, he refused to answer questions from the press, responding with the words: “Pies, pies, guys.” This isn’t the first time he’s used the bizarre retort - following a game against Spanish team Real Sociedad he simply said “pirozhki” (pies) as he walked past journalists waiting to talk to him.

He’s not the first footballer to ignore the press in this way. A meme was created featuring his ex-clubmate - Aleksandr Ryazantsev - who left reporters in his wake with the words: “Sorry guys, pies,” in 2012. Since then, the term “pirozhki” has been adopted by footballers who don’t fancy chatting to the press.

Some cunning reporters thought they’d play Dzyuba at his own game after a match on Nov. 24, offering him a pie in return for an interview. But guess what? He said “thanks a lot,” took the pie, and strolled off.