Culture
Daniel Chalyan
What do tanks, the bands Goldfrapp and Rammstein, and the cult ‘Doom’ franchise have in common? The mighty Polivoks – a rugged Iron Curtain synth created out of sheer necessity, but still loved for its grit.

Let’s face it: when you think about pioneering technology in electronic music, the first nations that spring to mind are the U.S. and Japan. Legendary Moog, Roland, Korg, and Yamaha synthesizers can be heard on tens of thousands of rock, pop, and techno records you know and love. Few know that the first ever synth, the ANS, was created in the Soviet Union. However, the communist state was not known for its synths until decades later, when the legendary Polivoks was born.

‘The Prince and the Pauper’ story of creation

The creation of the Polivoks had little to do with competition with the West, and everything to do with necessity. During the Cold War years, there were no Moogs or Western synthesizers of any kind. Engineers had had to learn what made them tick and try to replicate them with what little technology and budget they had. Their ambition was to create a Soviet brother to the Minimoog Model D - a mono synth that’s still the global benchmark for one-voice synths 40 years later. 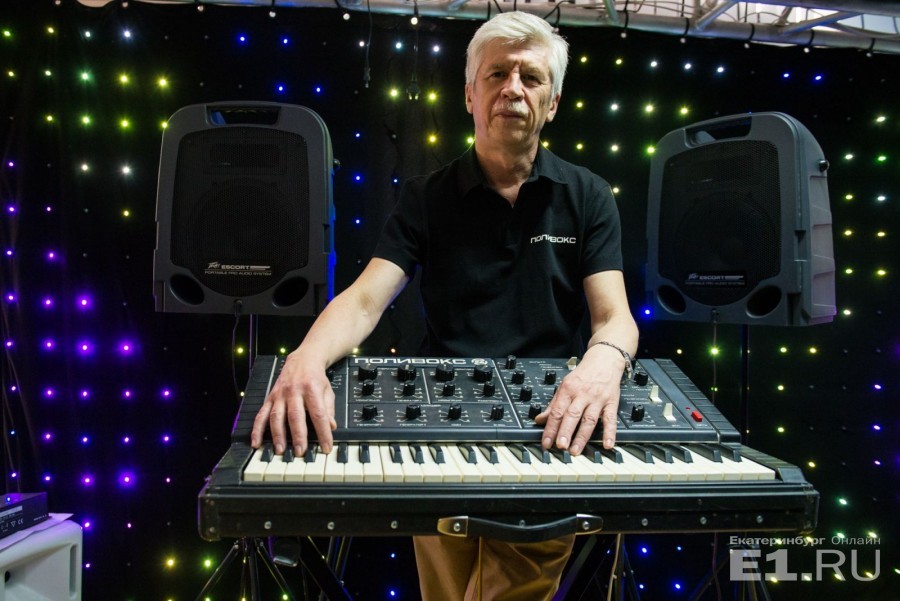 As brutal in its tone as it is iconic, the Polivoks was originally a duo-phonic synthesizer manufactured by engineer Vladimir Kuzmin in the Soviet Union between 1982 and 1991. Eschewing conventional wisdom, it used a different approach to architecture, such as with its untamed 12dB-per-octave filter, built without using a single capacitor. The black, hefty lump is about as sexy as a tank, which is no surprise given it was designed in the Vector tank factory in the Urals.

Needless to say, the Polivoks’ sound did not match up. It sounded like a cheap clone, due to its architectural shortcomings and unclean delivery. Little did the Soviets know that it would become the instrument's main selling point, creating its own cult.

The situation would become more difficult toward the tail end of the 1980s. Vanilla sonic perfection was taking over. Digital synths were exploding onto the scene and the bell-like trilling of the Yamaha DX7 – which you may remember from your favorite TV series or Stevie Wonder record – was taking the world by storm. Polivoks was just not an 'atmospheric bells' type of beast.

Sadly for the Polivoks, it’s production was wrapped up just after the fall of the Iron Curtain.

A return to glory

It wasn't until much later, in the 2000s, that the Soviet synth gained wider acclaim outside the eastern bloc, thanks in no small part to the West fetishizing over the collapsed communist state. People actively sought out its impure, dirty tones that the more advanced Western synths were not delivering.

Remarkably, because they’re so hard to find outside Russia today, foreigners are willing to pay crazy prices for the machine that only costs about $400 on Russia’s second-hand market. So great is this demand that a new slimmed-down version has been created recently in collaboration with the original designer. What’s new? It now does MIDI. Oh yes, and expect to fork out thousands of dollars for the limited edition. So, not much of an improvement after all.

The new offering is but one in a sea of spinoffs, including dozens of third-party modular componentry replicating the synth’s various parts – filters, oscillators, and so on - if you're into the modular format.

The big names loving the Polivoks

A list of Soviet sci-fi projects employing the brutal Polivoks sound would indeed be vast. But the tradition is continued by artists from all walks of life – from techno and obscure electronica, through to pop and rock. Franz Ferdinand are notable users. And here is Goldfrapp’s “Black Cherry” (2002) with the unmistakable, rude Polivoks’ sound piercing the serene arrangement.

Here is the Polivoks used on the Doom (2016) video game soundtrack, its indelicate approach suits the hellish landscape nicely. Skip to 2:36 to hear composer Mick Gordon heap massive praise on it.

Taking it all the way into metal territory, here’s Rammstein and Marilyn Manson performing “The Beautiful People” live. The Polivoks can be heard in the background doing the eerie, almost anguished wail during the quieter parts around the middle of the track. And for good reason: The Polivoks’s overdriven sound can mimic a distorted guitar quite well, so the two combine to great effect.

Today, the limited edition models are probably all but gone. And unless you’re into the modular format (which involves building your sound piece by piece), there’s really only the vintage model going around. But they are there. Not all of them work like new, but repairing them shouldn’t be impossible for a synth tech. If you’re in Russia and into making music - find one now. The street cred you will get once you return home will be worth it!