How a brilliant Soviet schoolgirl became an artist, but suddenly died at 17

Culture
Alexandra Guzeva
Her art works were exhibited all over the world, and she left over 10,000 paintings, drawings and illustrations to classic literature. But her fate was even more dramatic.

Nadya Rusheva'a father was a theatrical artist, and he probably never imagined that he would one day spend his life savings to promote his daughter's artistic legacy instead of his own.

As a young man, Nikolay Rushev was invited to be an artist in the Siberian Tuva Musical Theater. There, he met his future wife, Tuva's first ever ballerina, Natalia Ajikmaa. In 1950, they moved to the Mongolian city of Ulan-Bator, and Nikolay kept on working as a theatrical artist while Natalia teaching ballet.

In 1952, she gave birth to Nadya, and almost at once they moved to Moscow. For a long the couple didn’t teach Nadya reading or writing because they didn't want to rush the child, letting her develop on her own. At the age of she started drawing on her own. 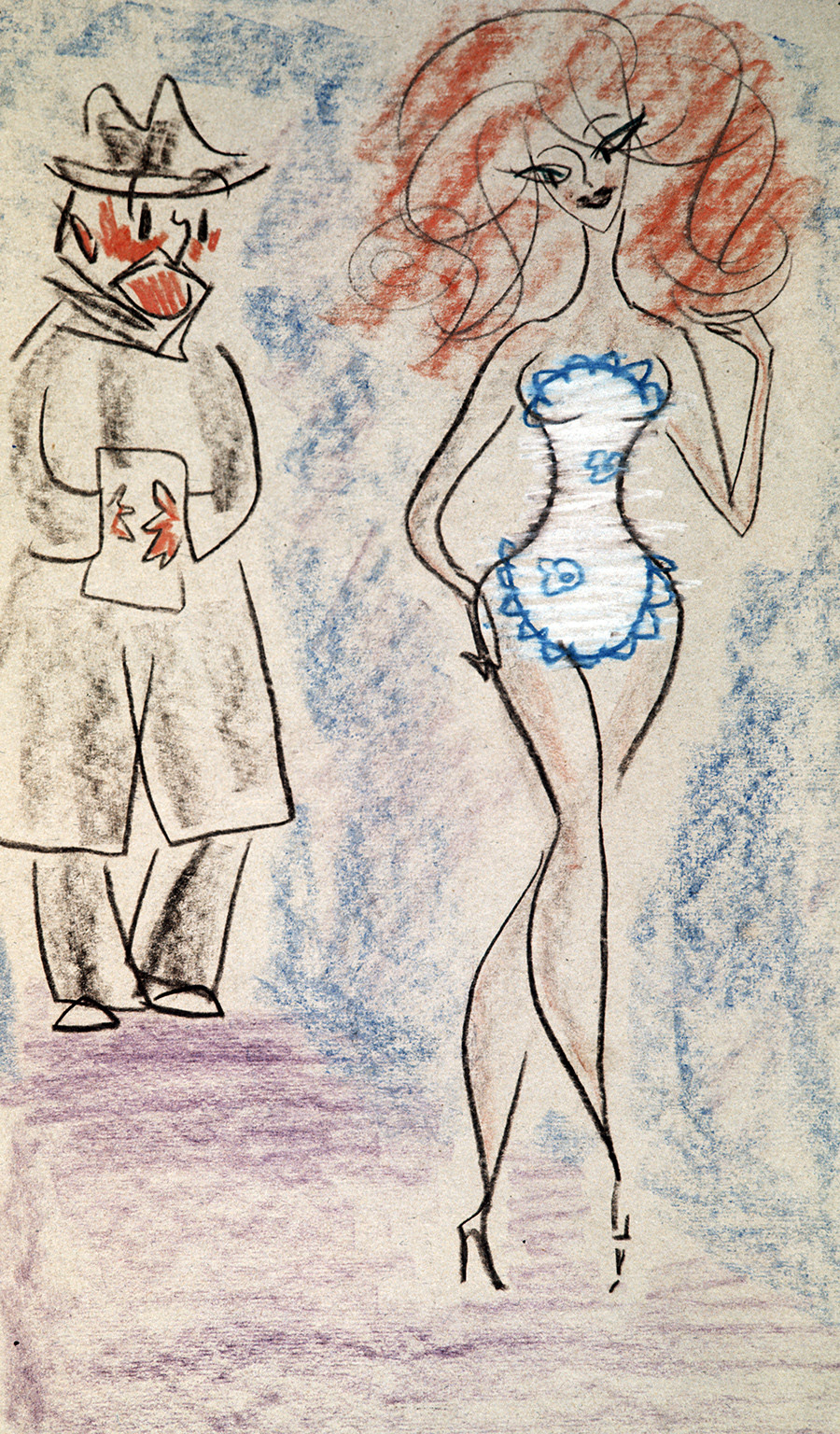 "Gella and Domuprav" by Nadya Rusheva, 1968. Illustration of Mikhail Bulgakov's "Master and Margarita"

The couple read her many books, and Nikolay even remembered that while he was narrating Pushkin's tale, “Tsar Saltan,” she managed to draw 35 illustrations for it, and there was nothing childish about them. 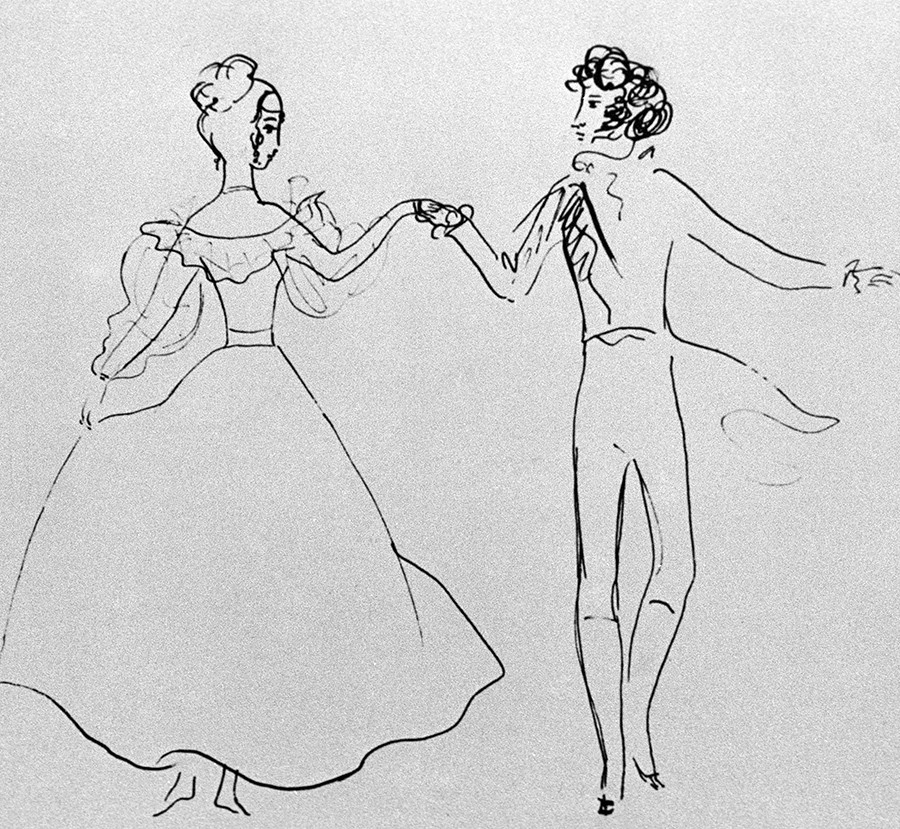 In 1964, one of the leading Soviet magazines, Yunost ("Youth"), published Nadya's paintings and arranged exhibitions, not only in Moscow and but also in Poland, Czechoslovakia, Romania India.

"Fool," one of the paintings to Shakespeare's works by Nadya Rusheva, 1968

Nadya was very keen on and made illustrations for Eugene Onegin, War and Peace, Master and Margarita, and other novels and poems. 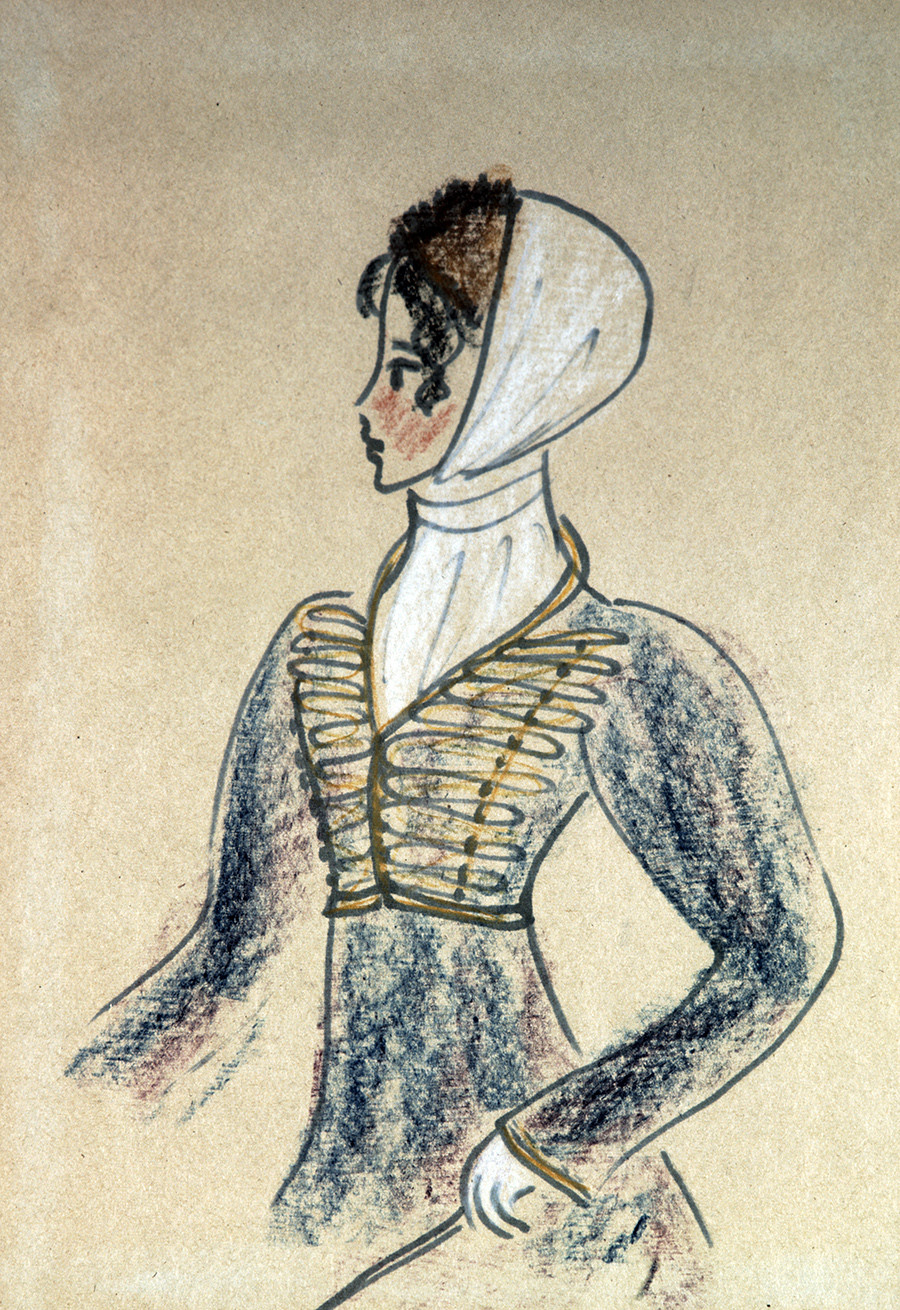 In his memoir, her father remembers that she read Tolstoy's novel when she was 13, and all her sympathies were for Natasha and Petya Rostov and their family. 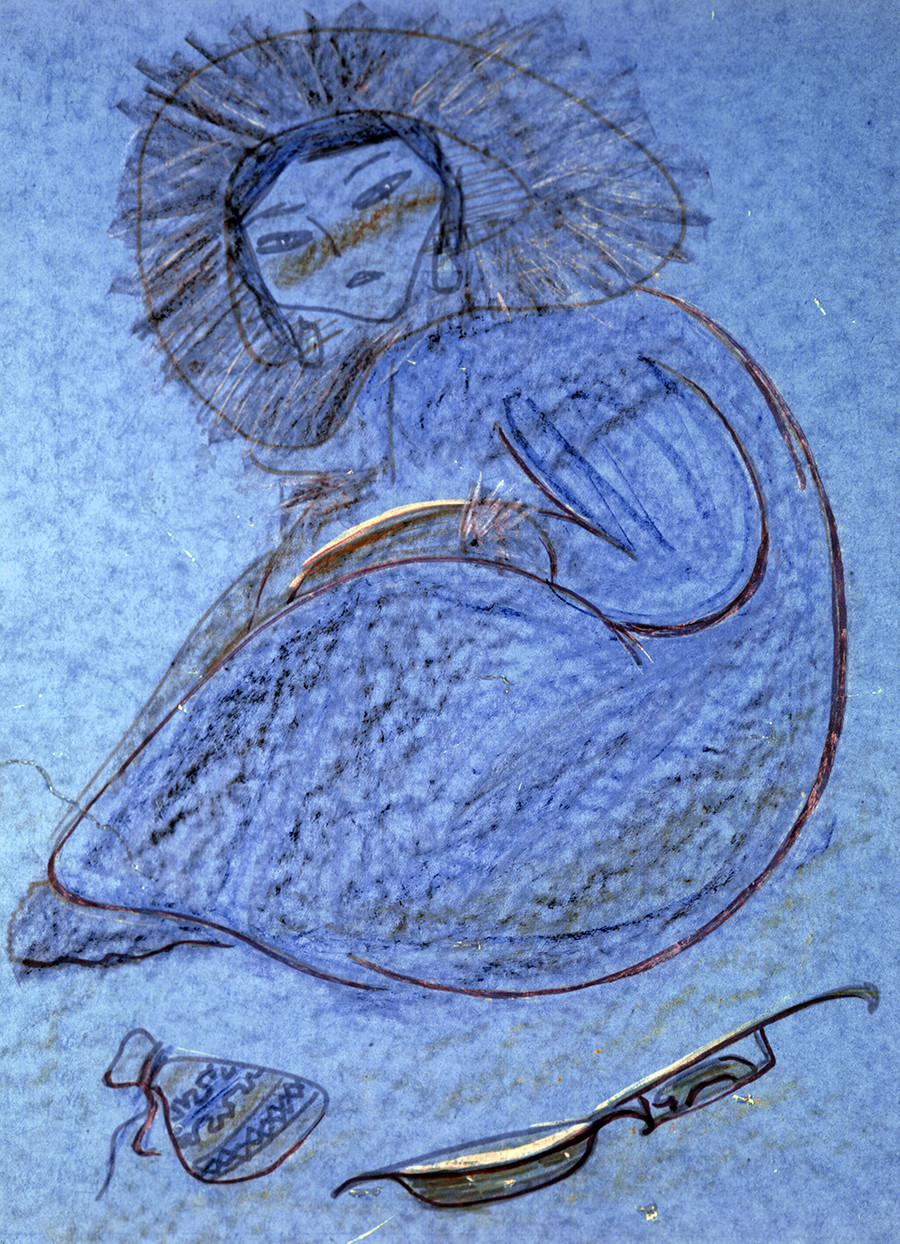 "Three years on, 400 drawings and sketches are lying in the files," he wrote. By the after watching the Italian-American screening of the novel, Nadya was under the spell of Audrey Hepburn, Henry Fonda Mel Ferrer. 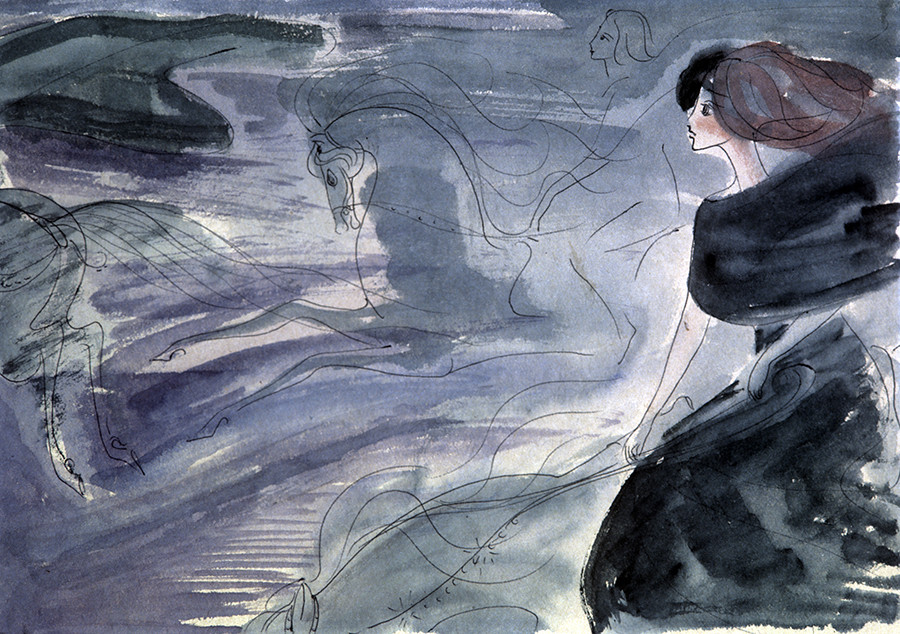 The last scene of Mikhail Bulgakov's "Master and Margarita" by Nadya Rusheva, 1968

Mikhail Bulgakov's wife, Yelena, saw Nadya's illustrations to Master and Margarita and was absolutely charmed by them. Nikolay even wrote that Nadya drew Margarita very similar in appearance to Yelena, who was the prototype of Margarita, without having seen her. 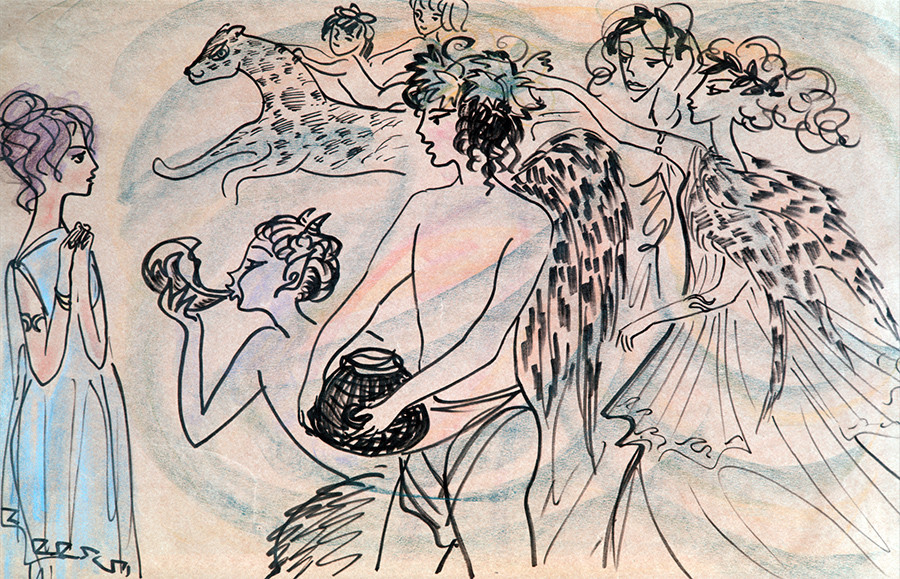 "Meeting of Bacchus and Nymph" by Nadya Rusheva 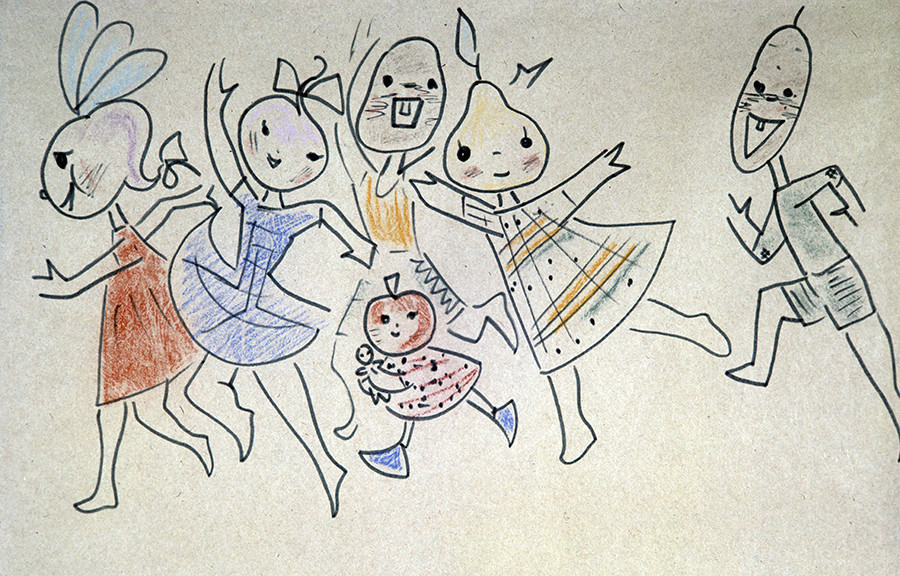 But on March 6, 1969, while going to school, Nadya lost consciousness and quickly died of a brain hemorrhage. 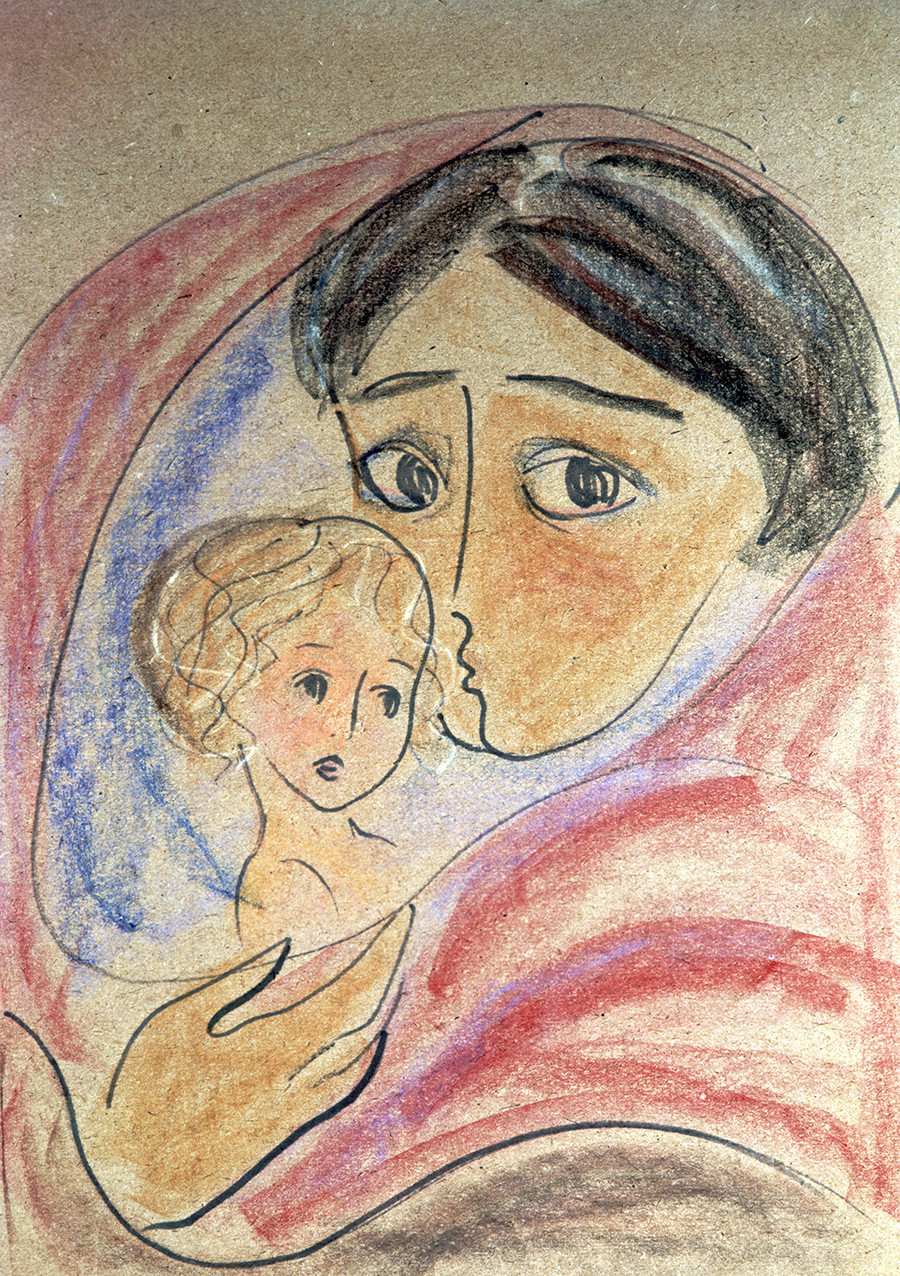 "Mothers of the World for Peace" by Nadya Rusheva

She was a humble and quiet schoolgirl, with great talent and inner power. On Jan. 31, Nadya would have turned 66. 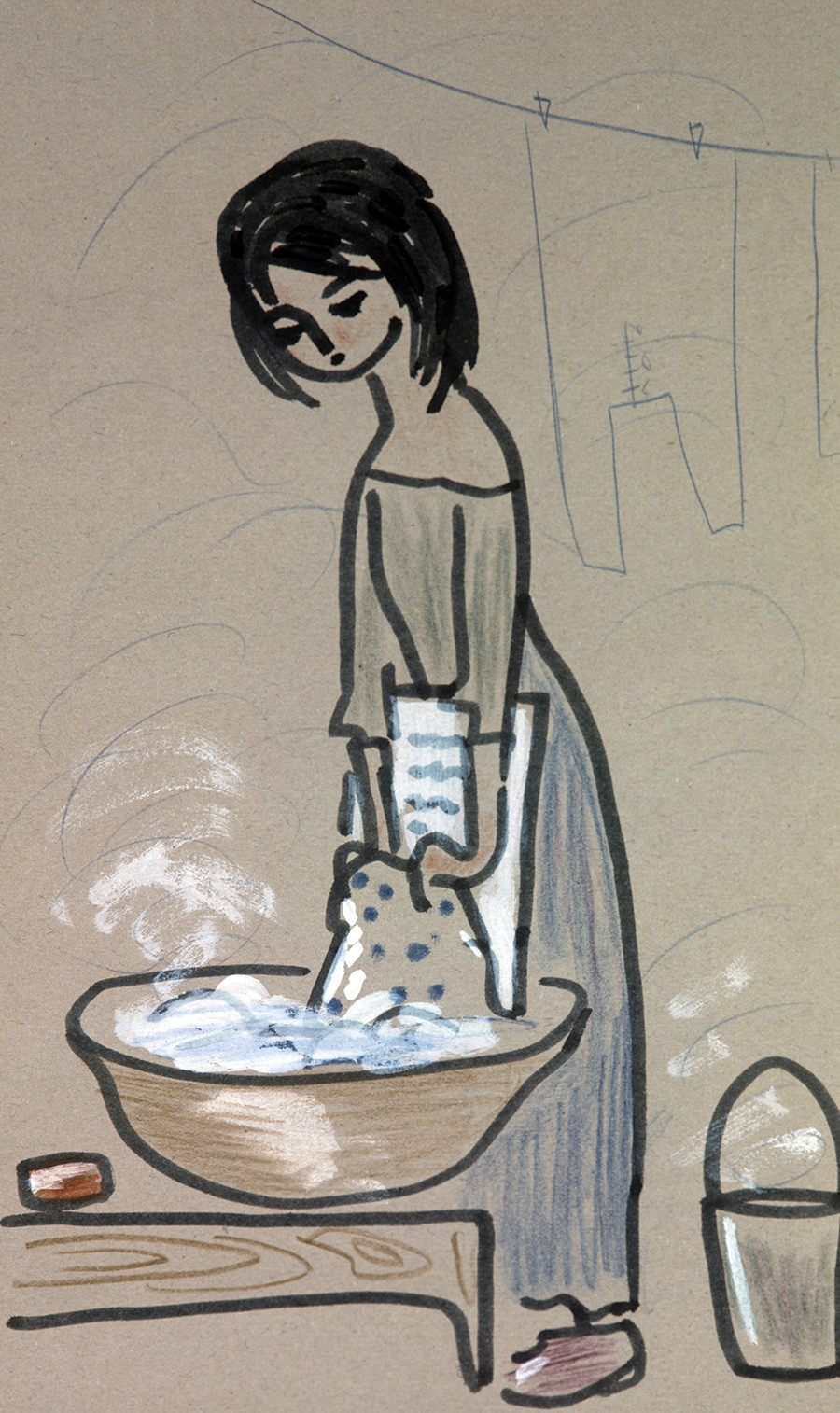 "Cosette" from novel The Miserable Ones by Victor Hugo. Nadya Rusheva, 1966

Her father has preserved the legacy of her talent, and since her he has organized her exhibitions all over the world, published a book of her paintings and a memoir devoted to her. 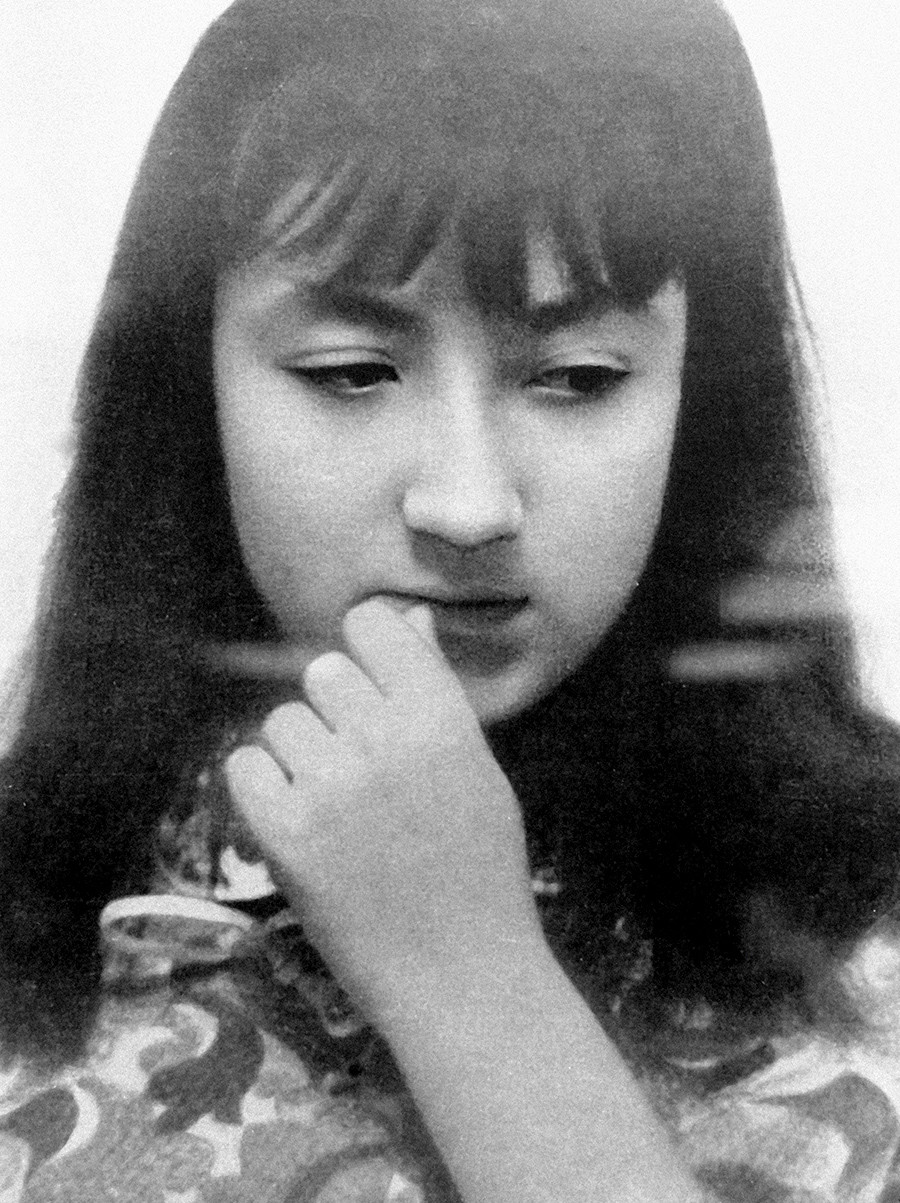 Read more: Who is Zhenya Machneva, the only Russian artist invited to the 2018 in New York City?