5 theater performances that stole the show in Russia - now you have the chance to see them! 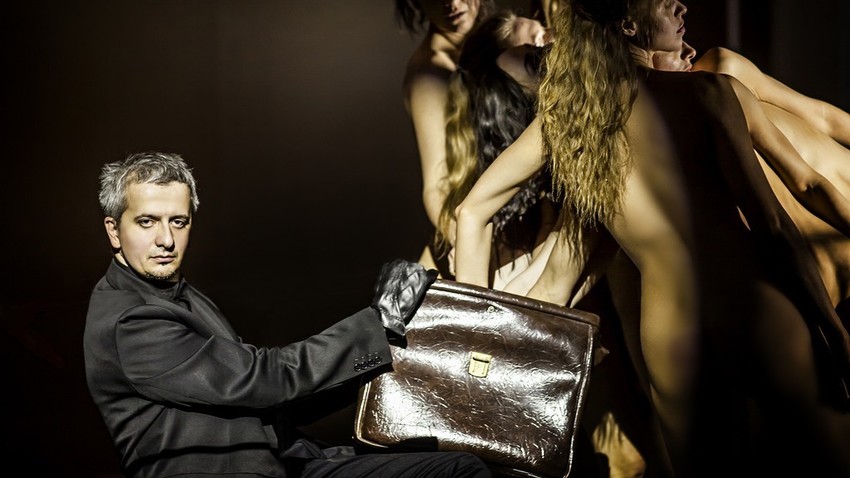 There is enormous variety when it comes to Russian theatre shows. Russia Beyond has compiled a list of performances that wowed Russian and international audiences recently and will go on foreign tours this year.

1. “Measure for Measure,” the Pushkin Theater 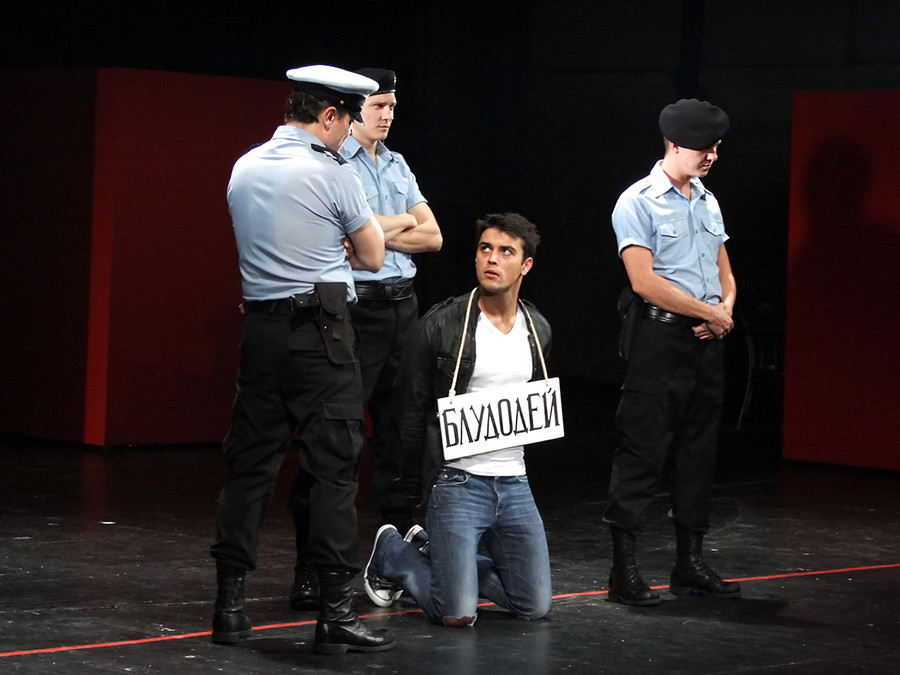 One of the darkest Shakespeare plays has been staged for the Russian audience at Moscow’s Pushkin theatre by famous British director Declan Donnellan (using Russian actors), in collaboration with his London-based theatre Cheek by Jowl.

Donnellan is famous for his original staging of Russian and British classics in Russia, and already had the chance to stage the Romeo and Juliet ballet in the Bolshoi theatre, and the play Boris Godunov at the Gorky Moscow Art Theatre.

As for Measure for Measure, the actuality of the classical play is underlined by the form of modern reality: the action takes place in our days and shows the most important problems of modern times. Based on the Shakespeare text, the play becomes a political satire on the modern world: it speaks of the absurdity of prohibitive laws, and the importance of morality and high professionalism for those in power.

The story of Duke Vincenzio, who was disappointed with his power and disguised himself as a monk in order to travel secretly, and his deputy, Angelo, who abused the power in his absence, is turned into a political drama of the modern day.

The play has already travelled across half the world, and will be shown in Washington DC, USA, in October 2018, as well as in Romania in April 2018. 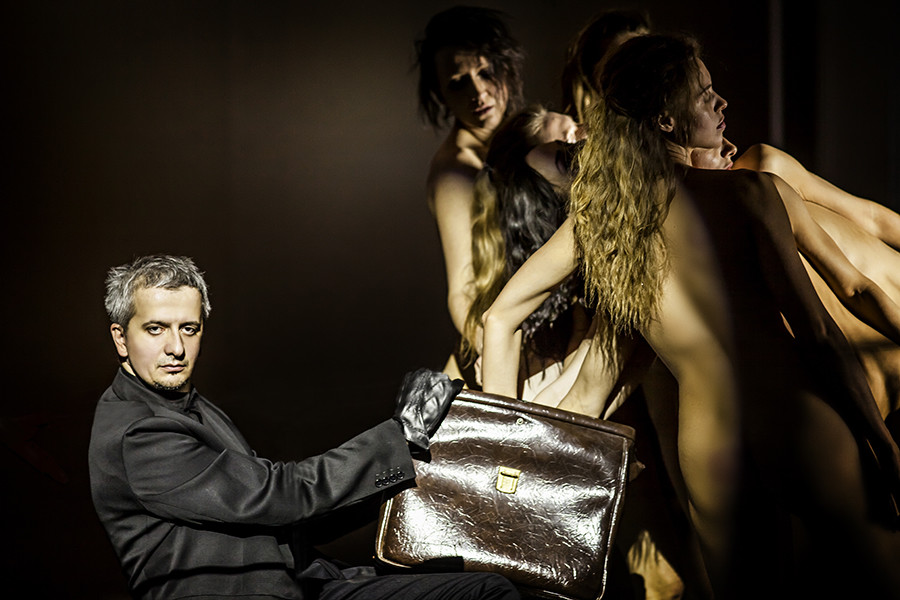 Created by one of the most internationally known modern Russian directors, Kirill Serebrennikov, in his Gogol Centre theatre, this play has been doomed to scandal and success.

In Russia, the performance was praised for its bravery and candidness by lovers of modern theatre, while at the same time it shocked conservatives out of their senses by employing literally nude performers to stay on stage for almost the entire show.

The show’s literary background comes from the plays of the German playwright and director (who is almost unknown in Russia) Heiner Muller – namely “Hamlet-car” and “Quartet”, as well as his letters and diaries.

Based on Muller’s texts, the show covers the problems of philosophical comprehension of love, death, the human body, and existential chaos as a catalyst for positive change.

On March 31 and April 1, the show will be performed in the Deutsches Theater in Berlin, Germany, so that Muller’s compatriots can gather their opinions on the Russian production. 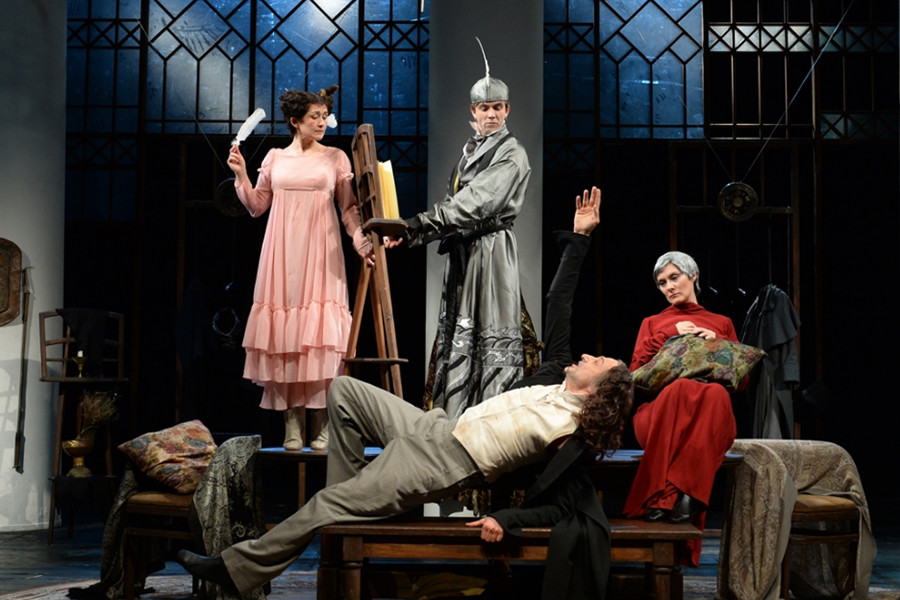 This show staged by Pyotr Fomenko, one of the leading figures in modern Russian performance art and founder of the Workshop Theater named after him, is based on an unfinished novel by Russia’s most famous poet, Alexander Pushkin, as well as the texts of Silver Age poet Valery Brusov, who presumptuously tried to finish the work. Classics in its pure form!

The play tells the story of Cleopatra, ruler of Egypt, as told to high-society ladies and gentlemen by a poor Italian improviser, Signor Pindemonti. His story is so exciting that listeners, incredulous at first, ultimately become fascinated by his talent.

“Egyptian Nights” has already travelled the world, and will be shown in Israel in May.

4. “Oedipus the King,” the Vakhtangov Theater 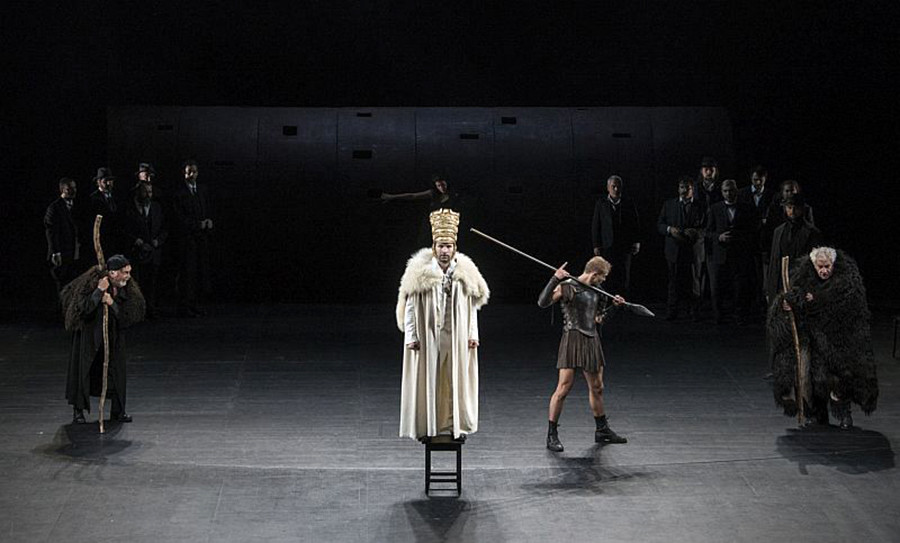 The outstanding Russian-Lithuanian director and head of the Vakhtangov Theater, Rimas Tuminas, staged this tragedy by Sophocles in cooperation with the National Theater of Greece. The show’s premiere was held in an ancient amphitheater in Greece.

The tragedy talks about a man in power who is strong enough to acknowledge his guilt, and accepts his punishment of exile that will end his life in poverty. The director builds a strong parallel to modern times, where those in power don’t question their actions, and don’t feel any guilt for their crimes.

Greek actors perform the tragedy’s chorus, while Russian actors play the leading roles. The show will visit Tuminas’ Motherland, to be performed at the Lithuanian National Drama Theater in Vilnus in March. 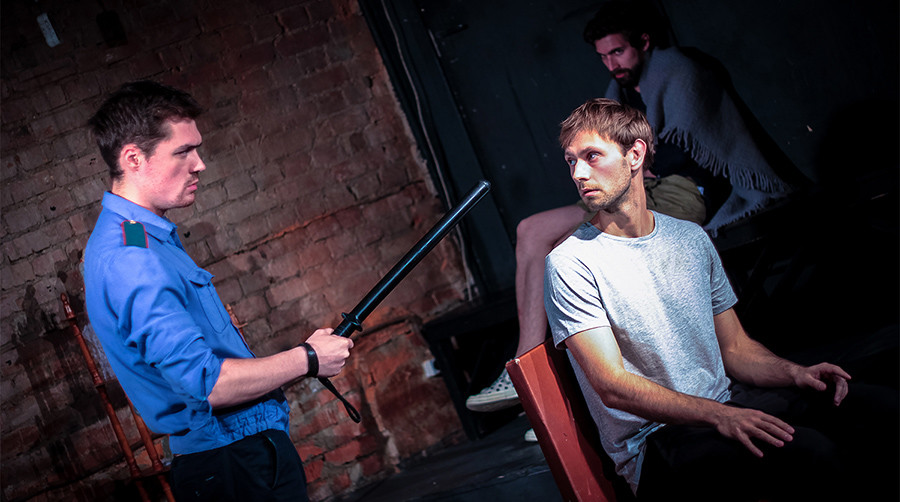 Russia’s Teatr.doc is unique for its staging of ‘documentary’ types of plays based on real stories and dialogues, as well as real people talking about their lives from the stage of this chamber theater.

A four-time Golden Mask nominee this year, “A Man from Podolsk” shows the absurd situation when a Moscow police precinct becomes a haven for intellectuals, and full of witty conversations and transcendent questions about acute emptiness and the worthlessness of one's own life.

The play was the directing debut of award-winning Russian writer and poet, Dmitry Danilov. The author writes in a style called “poetic prose,” and he continues European traditions in literature. His texts have been translated into English, Italian, Dutch, Hungarian, Serbian and other languages, and published in Europe and the U.S.

The performance comes to Poland in May in order to participate in one of the most significant local theater festivals, "Kontakt.”