4 films that tell the uncensored story of Russian football 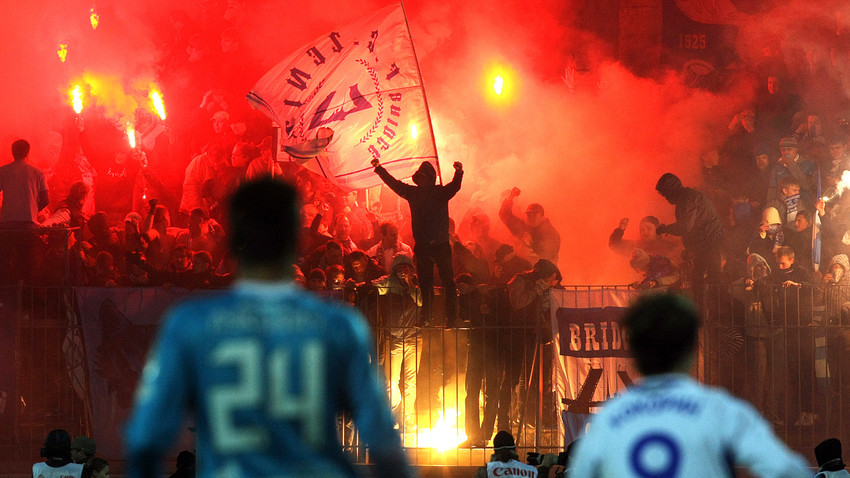 Vadim Zhernov/Sputnik
Hooligans and gang members rule the roost, yet hope and love drive the sport.

A member of Russia’s national football team screws up, failing to nail a penalty kick on which the match's outcome depends. His mistake costs the team victory. Unable to forgive himself, the unfortunate player retires against the wishes of his teammates.

The former professional, however, is quickly offered to coach an unknown team in a god-forsaken town. There, he has to overcome the team’s hostility and lead them to victory.

The film, scheduled for an April release, will be screened in Russian and German theaters. The main theme might be best described as the state of football in the Motherland. There is no room for hope, but you still believe in a miracle.

A girl in a faraway Russian town falls for a local guy. Her choice is not impressive, except for one quality: he runs faster than anyone else. The young man, however, uses his talent in criminal activity to make a living.

One day, a professional football club invites him to Moscow for an interview. It’s a once in a lifetime opportunity for the couple, but they need money to afford the trip, and the young man takes a desperate step that ends up being a fatal mistake.

The movie is a tale of those Russian teenagers for whom sport is the only chance to escape desperate living conditions.

Four best friends reign on a shabby football pitch known as “the box” in street slang. One day a rival team headed by a young professional football player attempts a takeover of the pitch.

The situation quickly escalates to violence. Trying to avoid unnecessary casualties, the teenagers agree to a tournament: whoever wins takes the “box.” Ultimately, the tournament impacts all local residents.

This hooligan drama says it all about Russian street football – a genre strikingly different, and more violent, than its professional counterpart.

Four friends from completely different backgrounds and lifestyles have one thing in common: they love to fight with other football hooligans. The four form the core of a football fan gang that creates a ruckus in Moscow and attracts the attention of city police who launch a crackdown. They are always one step ahead, and so the gang leader suspects a snitch within his close circle. As he tries to out the traitor, he falls for the girlfriend of a fellow hooligan.

The brutality of Russian football hooligans became legendary after the Euro-2016 clashes in France. Since real gangs are expected to keep a low profile during the 2018 FIFA World Cup Russia™, this movie might be the only chance to see Russian thugs in action. As a bonus, real football thugs star in the film, fighting for the teams that they fight for in real life.

Find you ultimate guide to the 2018 World Cup in Russia here.