‘Vladivostok always gets drunk’: This is what Russian cities would be like if they were people

Culture
Yekaterina Sinelschikova
An artist from the Urals has transformed 10 cities into anime characters. She tells Russia Beyond why she portrayed Perm as a hoodlum who secretly loves ballet, and why Tyumen bought the latest iPhone with a loan.

Ekaterina, 24, from Yekaterinburg (1,775 km east of Moscow) creates personifications of Russian cities. She depicts each one in the form of an anime protagonist, supplying it with a character, habit, and description.

“I have been fascinated with this – presenting everything in the form of people – for a long time. Over the years I have used sites, programs, insects, inert gases. Then I turned to cities,” says Ekaterina. She teaches English at a language school, loves Japanese culture, and in her free time draws and publishes her works on her Twitter account. Subscribers help her out with the cities. They tell her everything that a stranger in the city will never see. So if you want to know what to expect from Tyumen, St. Petersburg, or Perm, just familiarize yourself with Ekaterina’s creations. 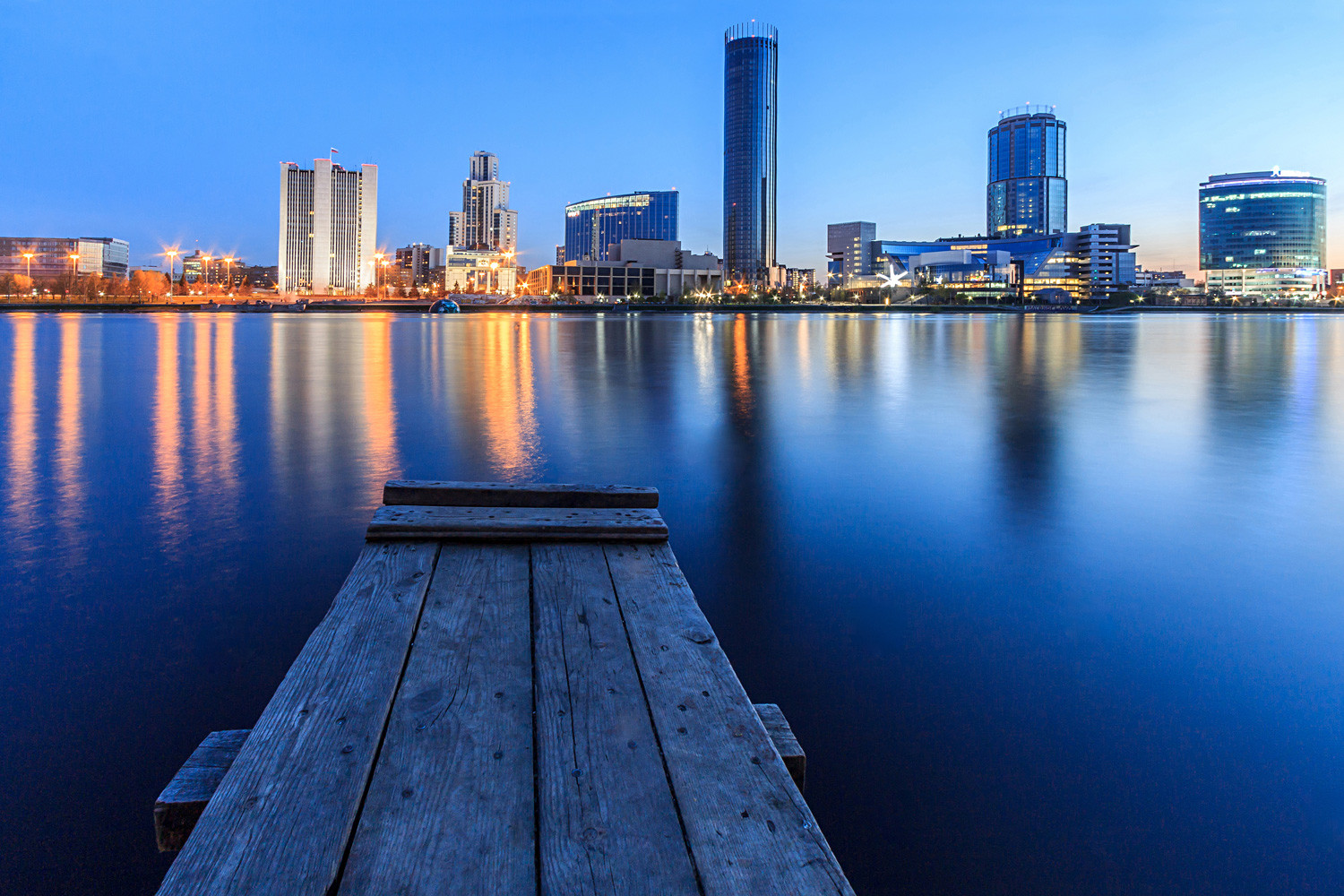 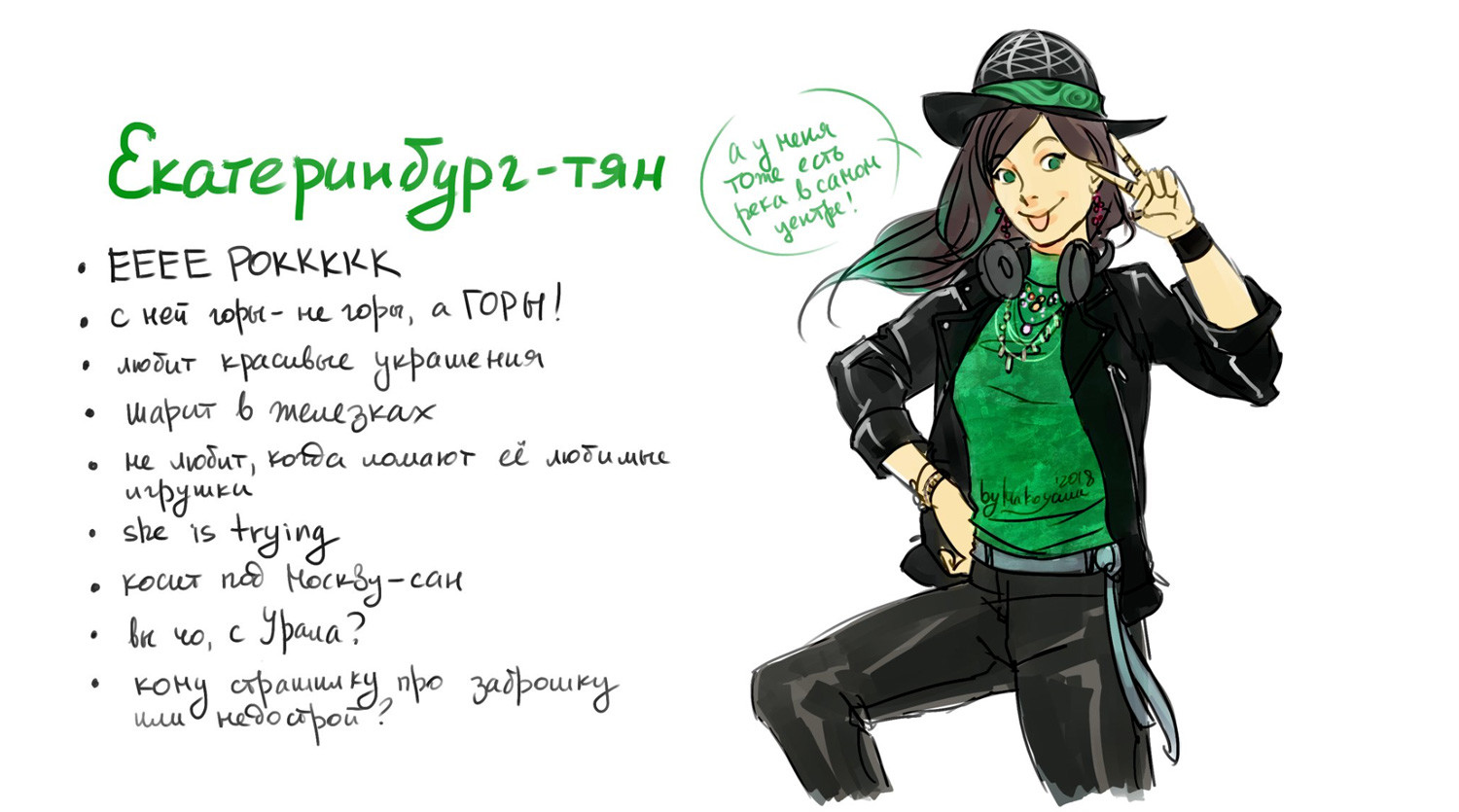 This is St. Petersburg’s younger sister. She also has a river running through the center and loves rock. She doesn’t like it when someone breaks her favorite toys. She imitates Moscow. She can always tell a horror story about an abandoned or unfinished building. She is always “trying” something. She lives in the mountains and loves pretty decorations.

Ekaterina: “Breaking toys means the recent demolition of an unfinished TV tower, which many residents loved. Yekaterinburg really wants to be like Moscow: We have a street called Vainer, which is equivalent to the Old Arbat; we are building Yekaterinburg City, which looks like Moscow City. In general, they are making such great efforts to pimp Yekaterinburg up, that it has become a meme. And my ‘she is trying’ is about this.” 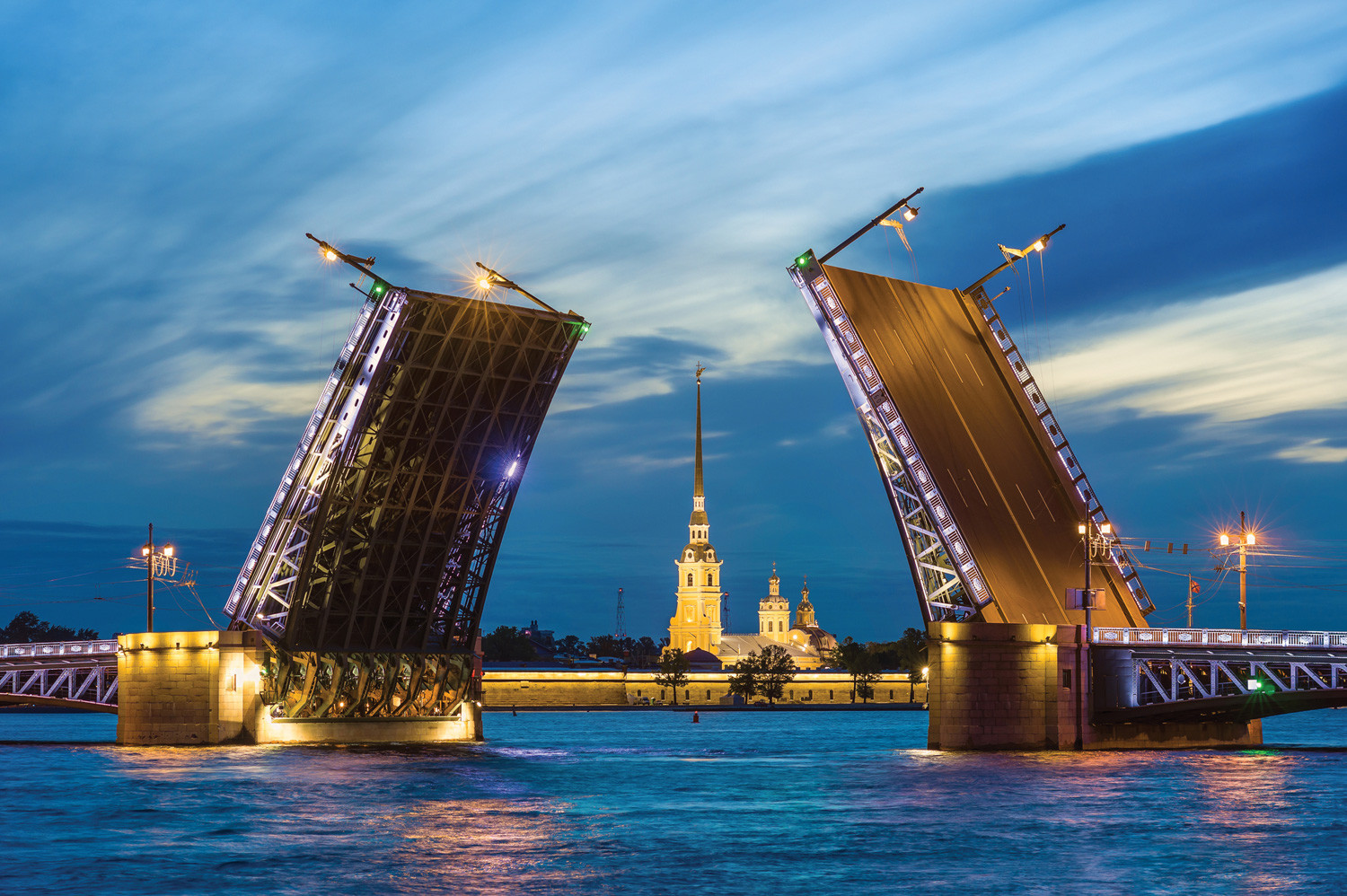 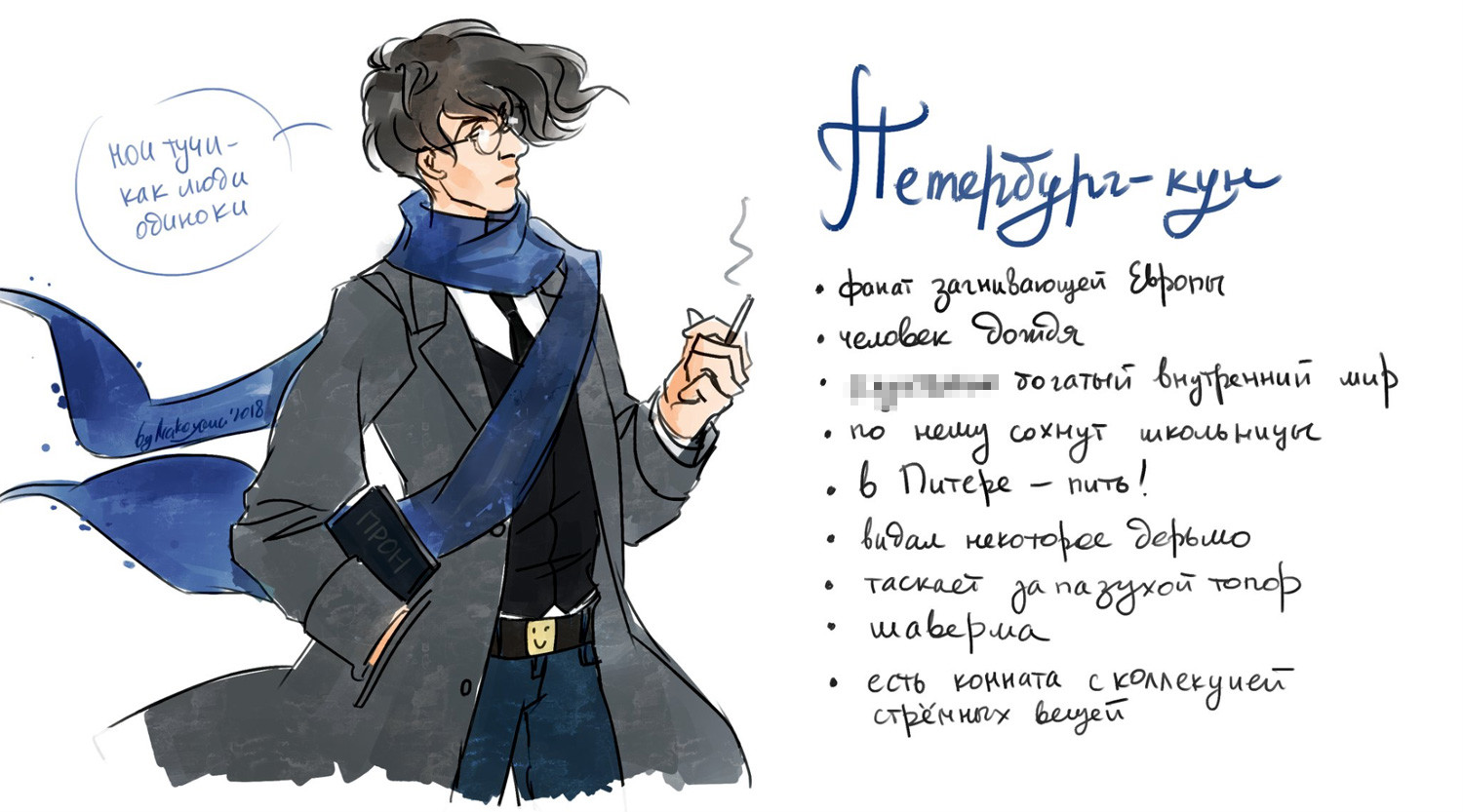 “My clouds are lonely, like people,” says St. Petersburg, insouciantly gazing into the distance. This is Rainman (as in Dustin Hoffman’s character in the film Rain Man) and he has an incredibly rich inner world. He is a fan of decaying Europe and “has seen lots of shit” in life. He carries an axe in his jacket and his apartment has a room with a collection of creepy objects. For some reason all schoolgirls go crazy for him.

Ekaterina: “Piter has this detached-philosophical atmosphere. And the Russian classic literature protagonist from St. Petersburg is always searching for himself and the meaning of life. By the way, the axe also came from there – from Crime and Punishment. Piter survived the blockade, it has a Kunstkammer with ‘creepy’ objects and Peter the Great built the city to resemble Europe, which he was crazy about. Also, for some reason adolescent girls are obsessed with the idea of visiting Piter.” 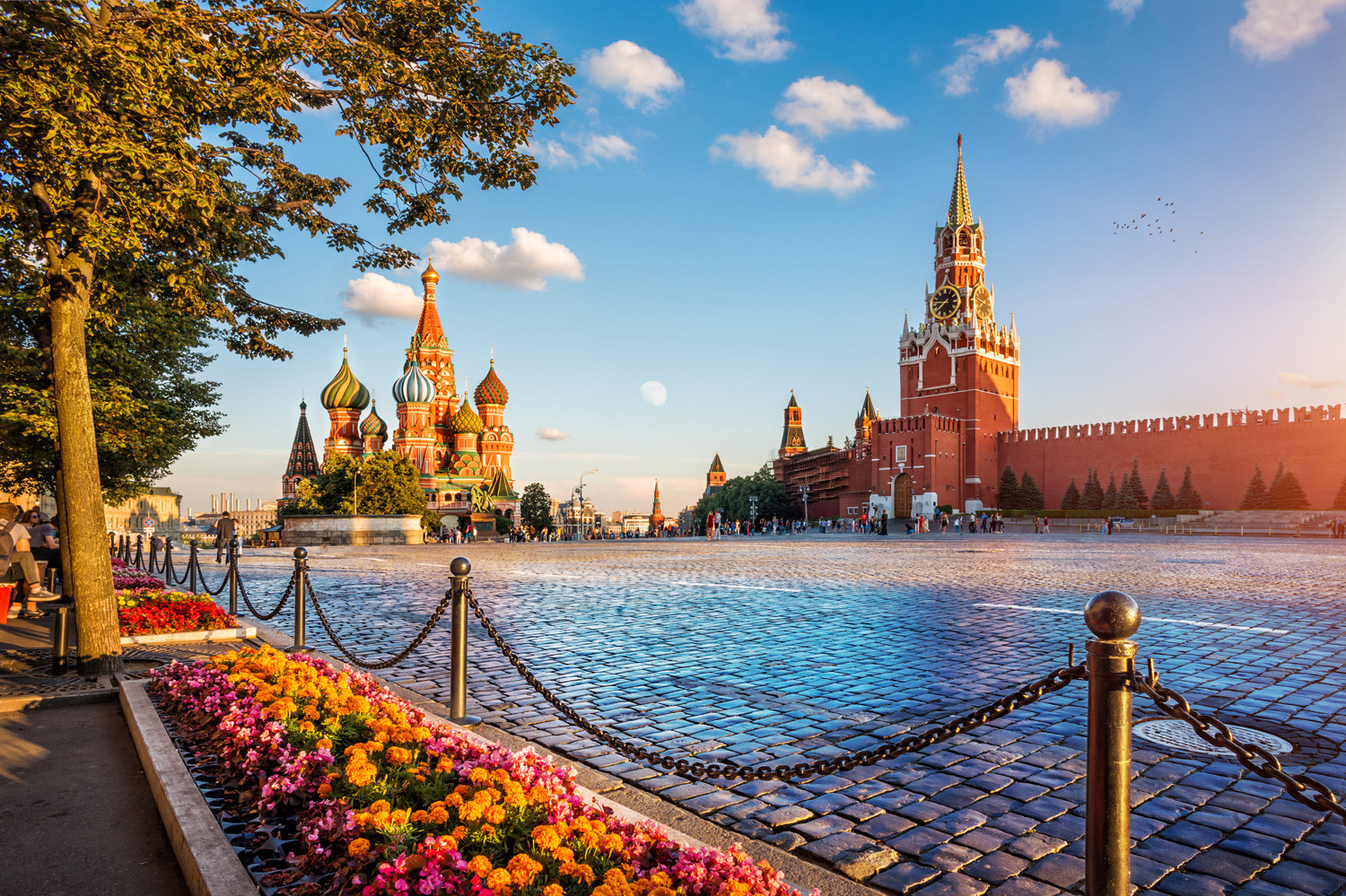 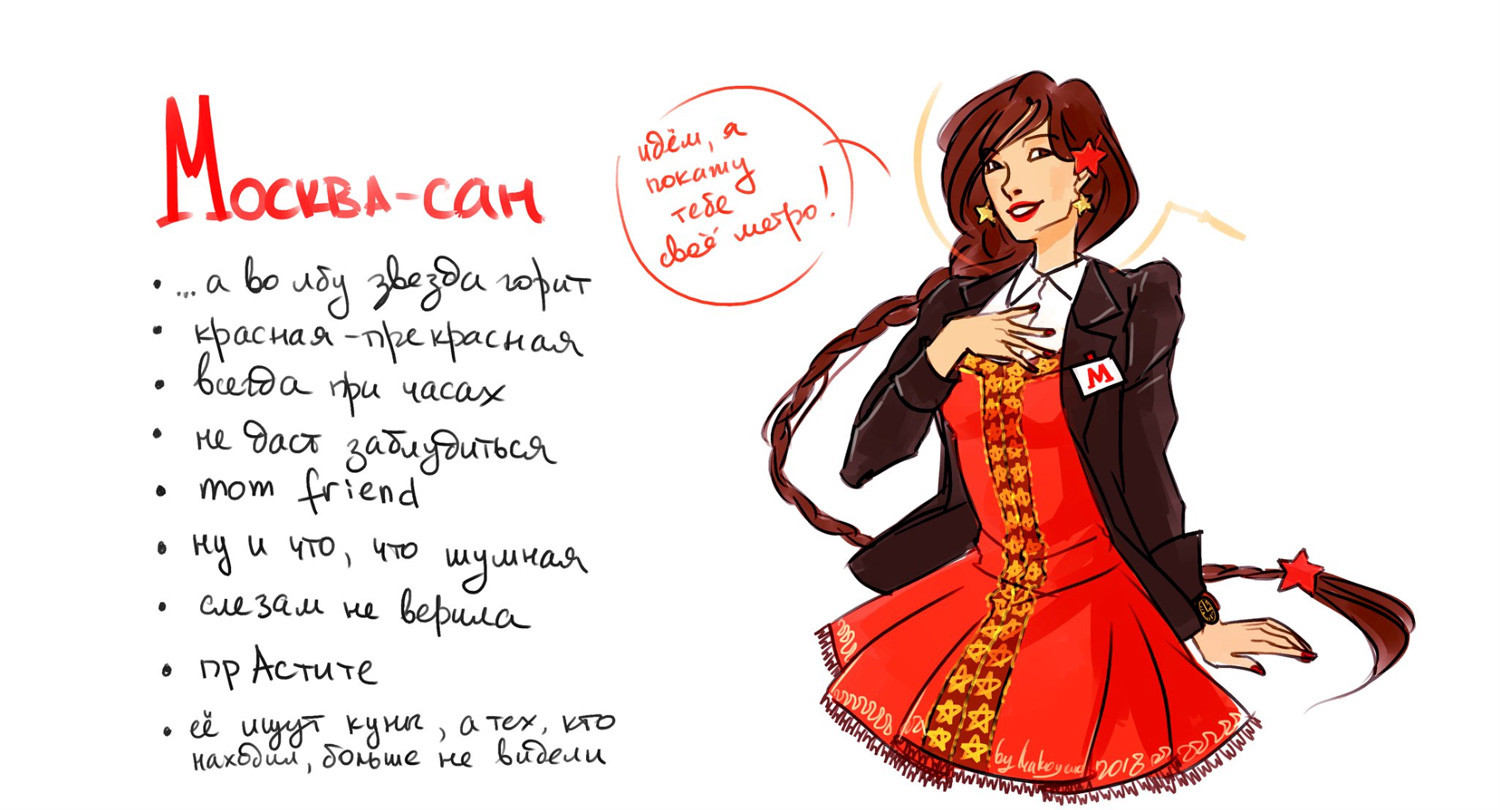 always has clocks, she doesn’t believe in tears. Moscow is noisy, but she doesn’t care. She wears a traditional Russian dress and has a long braid. She loves stars and will not allow you to get lost. If you visit her, the first thing she’ll say is: “Come, I’ll show you the metro!”

Ekaterina: “I love the Moscow metro. Muscovites themselves say, ‘If you get lost, look for the metro. If you find it, you’re saved.’ It will get you out of anywhere and it will take you anywhere. Every Russian knows and loves the Kremlin clock. As well as its famous stars. And of course, Moscow Does Not Believe in Tears is a Soviet film about the conquest of the capital. The title speaks for itself.” 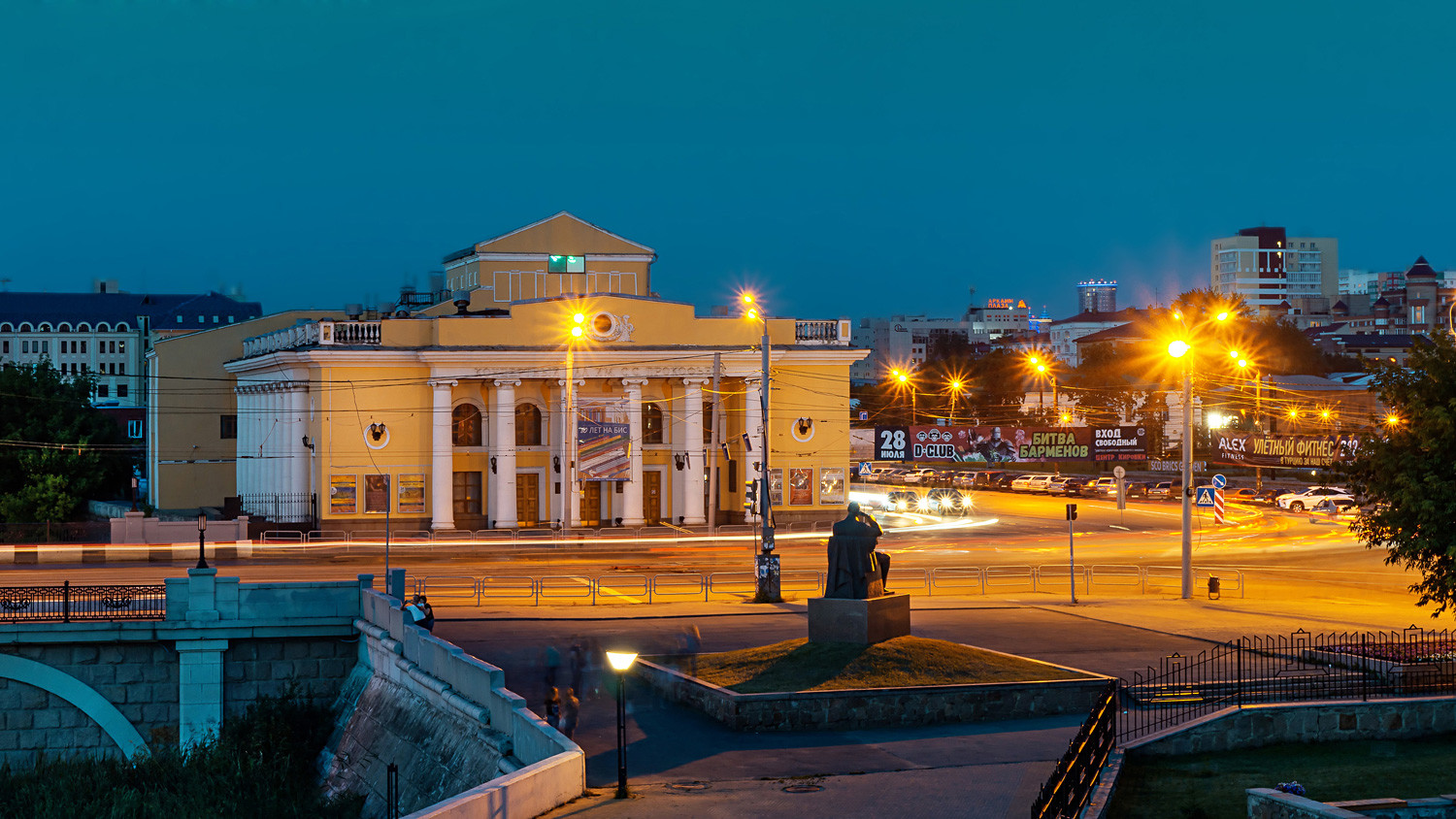 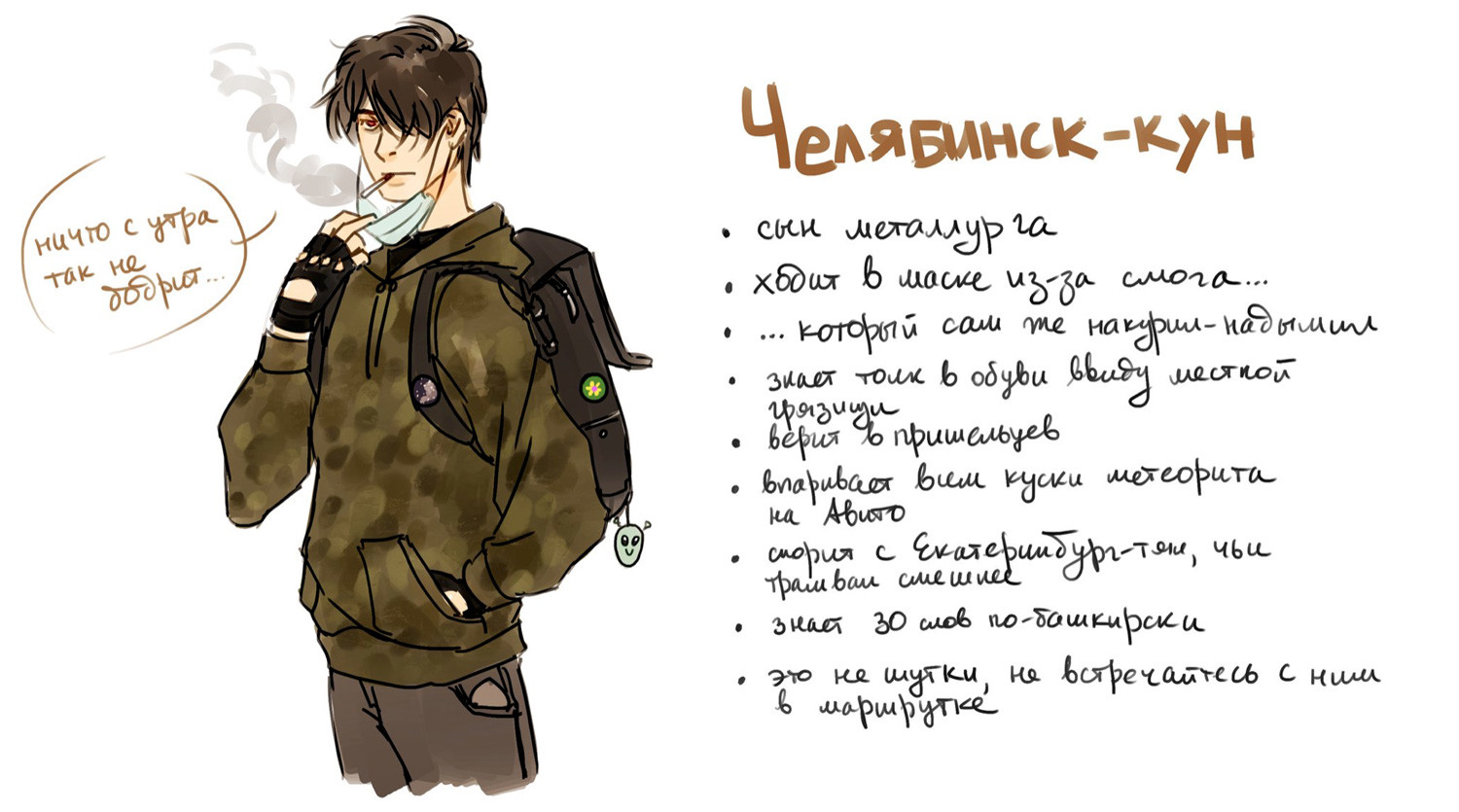 is a metallurgist’s son who walks around in a mask because of the smog. Yet, this is a smog that he created himself. He’s an expert in footwear due to the local mud, he believes in aliens, sells meteorite pieces on the Avito website, knows 30 words in Bashkir and argues with Yekaterinburg about whose trams are funnier. It is recommended not to cross paths with him in a minibus.

Ekaterina: “I was told that there are many minibuses there and that Chelyabinsk residents think Yekaterinburg’s trams are funny, while Yekaterinburg residents think the opposite. Chelyabinsk has bad ecology due to the factories and a meteorite once fell there. The locals are still making money by selling pieces of it on the Internet. And they think the meteorite is related to a UFO. Also, Chelyabinsk has Bashkirs and the local guys are considered unkind.” 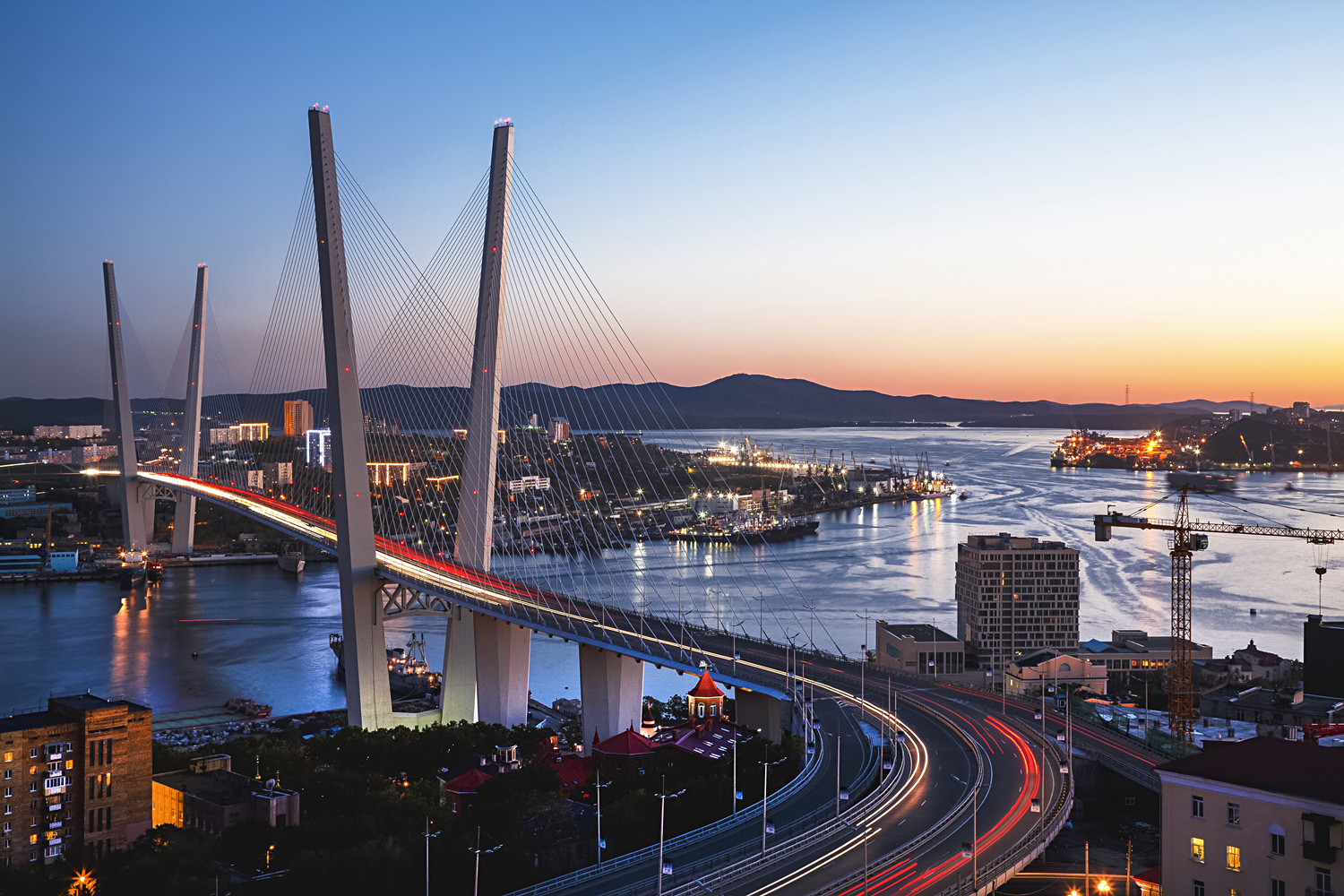 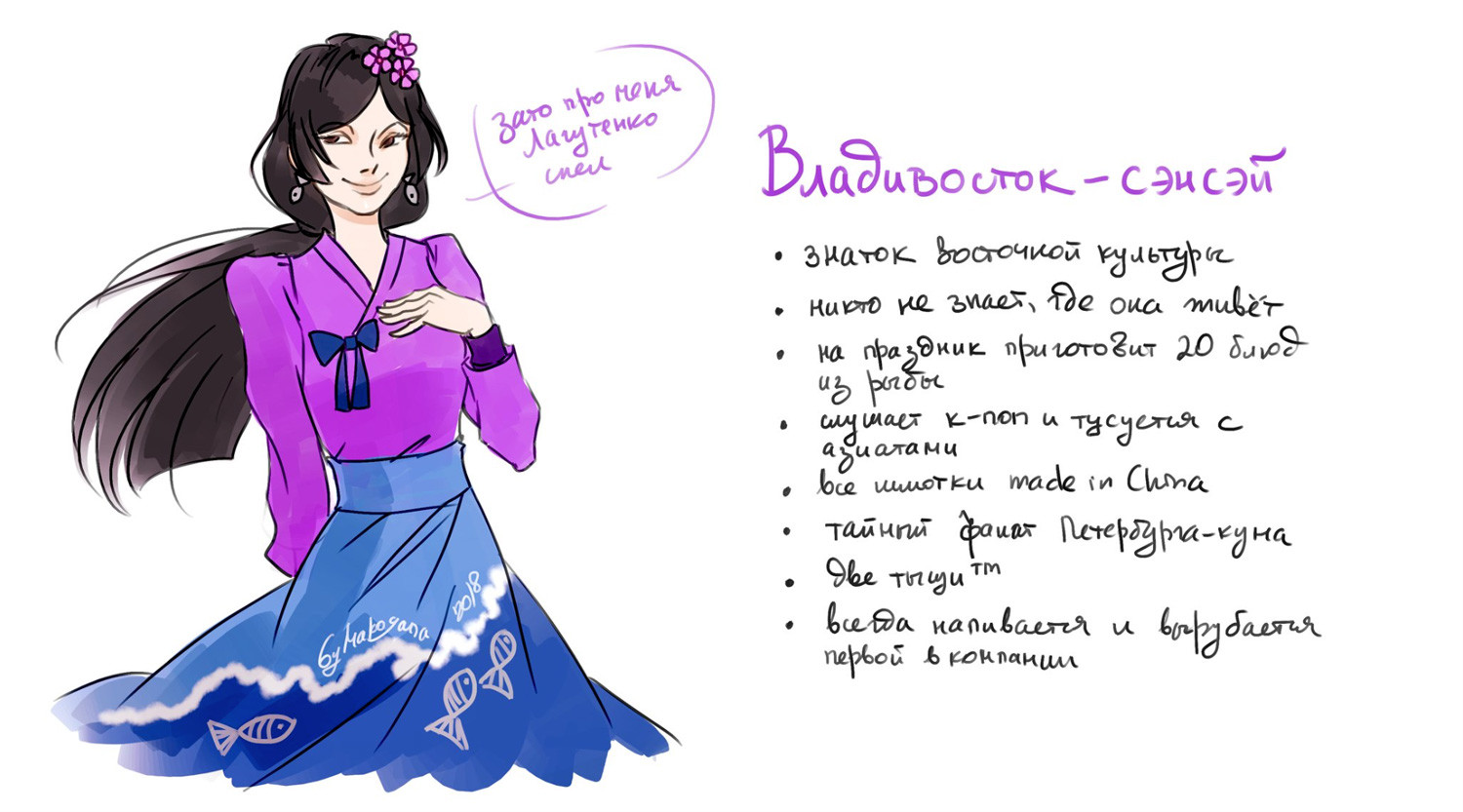 is a connoisseur of Oriental culture, but secretly she is crazy about St. Petersburg. She hangs out with Asian people and listens to K-pop. She can make 20 seafood dishes for a festive occasion and is the first to pass out in a group of people. All her clothes are made in China. And no one knows where she lives.

Ekaterina: “The time difference between Vladivostok and Moscow is seven hours. It is one of the first cities to welcome the New Year, which is why when the hour strikes in Moscow, everyone here is already drunk and asleep. It is on the Sea of Japan. There is a lot of seafood here and China can be reached by ferry. People from Russia do not always know exactly where Vladivostok is. Although everyone knows that such a city exists. I was told that in general, modern Vladivostok uses St. Petersburg as a reference point. 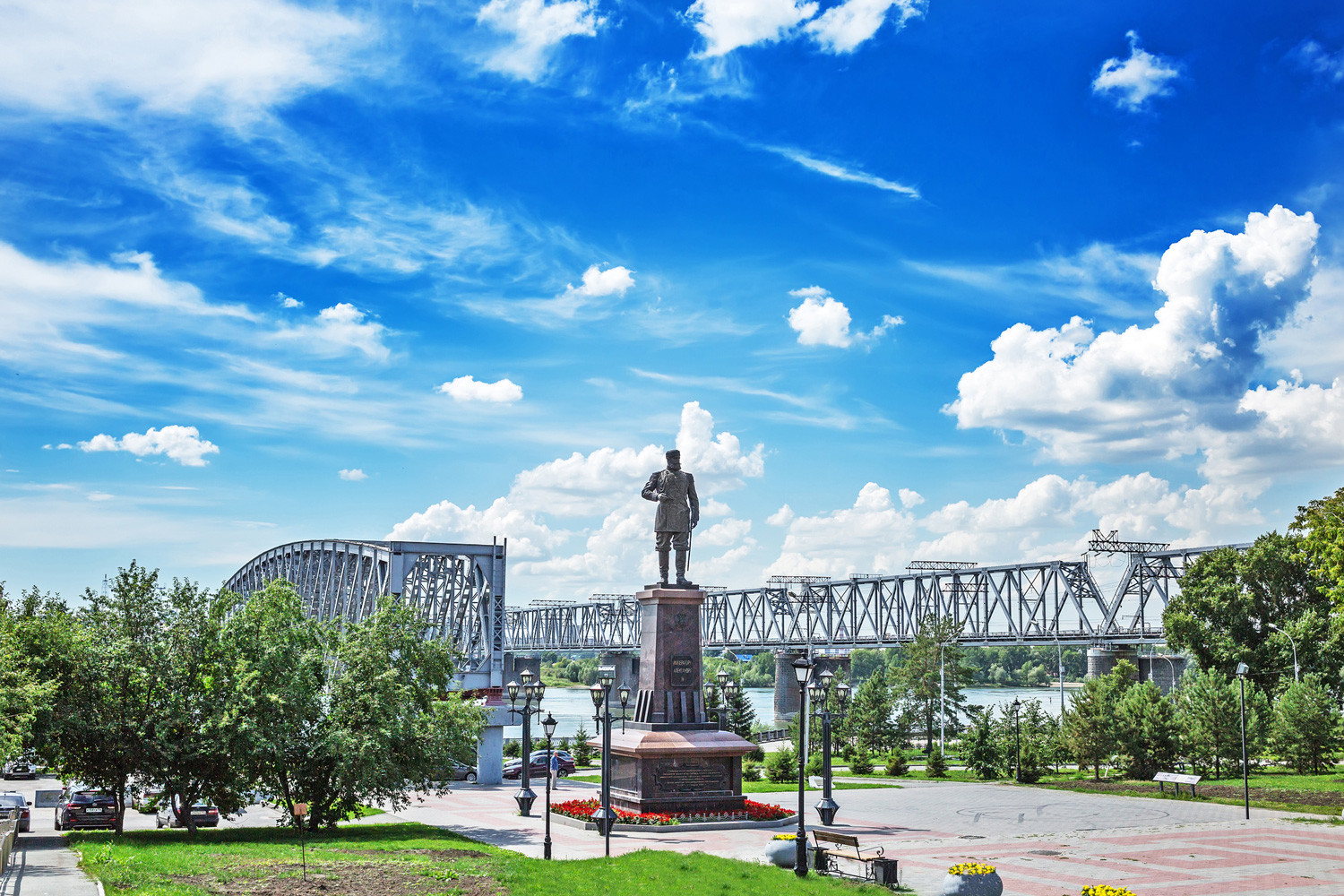 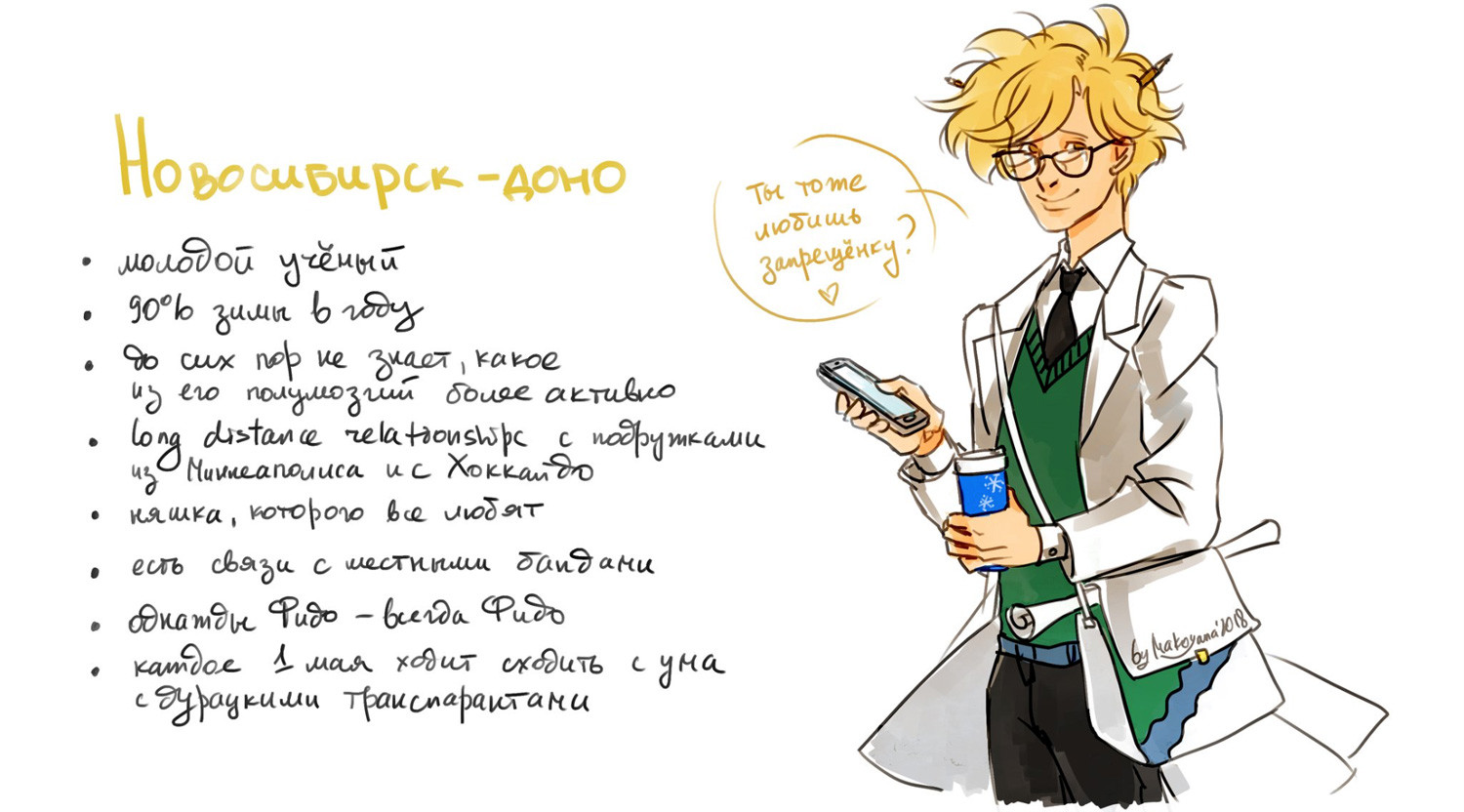 young scientist. He has links with the local gangsters and a long-distance relationship with some girls in Minneapolis and Hokkaido. Ninety percent of the time he is covered in snow. Each May he goes berserk with some stupid banners. Also, he is still using FidoNet, because he started and just can’t stop.

Ekaterina: “Many people wrote me that ‘Novosibirsk is a city of scientists and bandits.’ It is twinned with Minneapolis, America, and Sapporo on Hokkaido Island in Japan. The old amateur computer network, FidoNet, began its business in Russia here. Each May 1 the city hosts the Monstration, an artistic performance in the form of a demonstration with absurd banners. 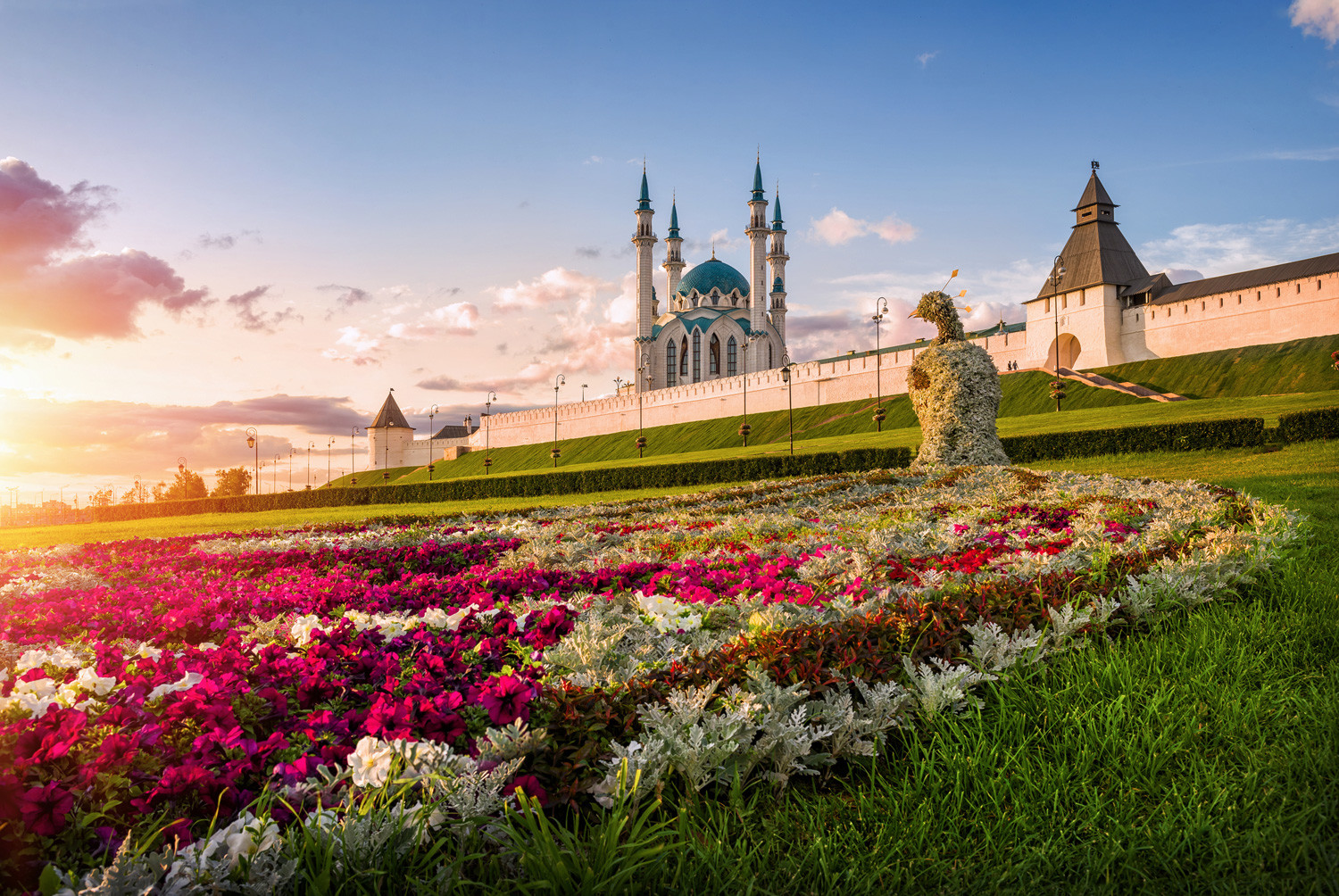 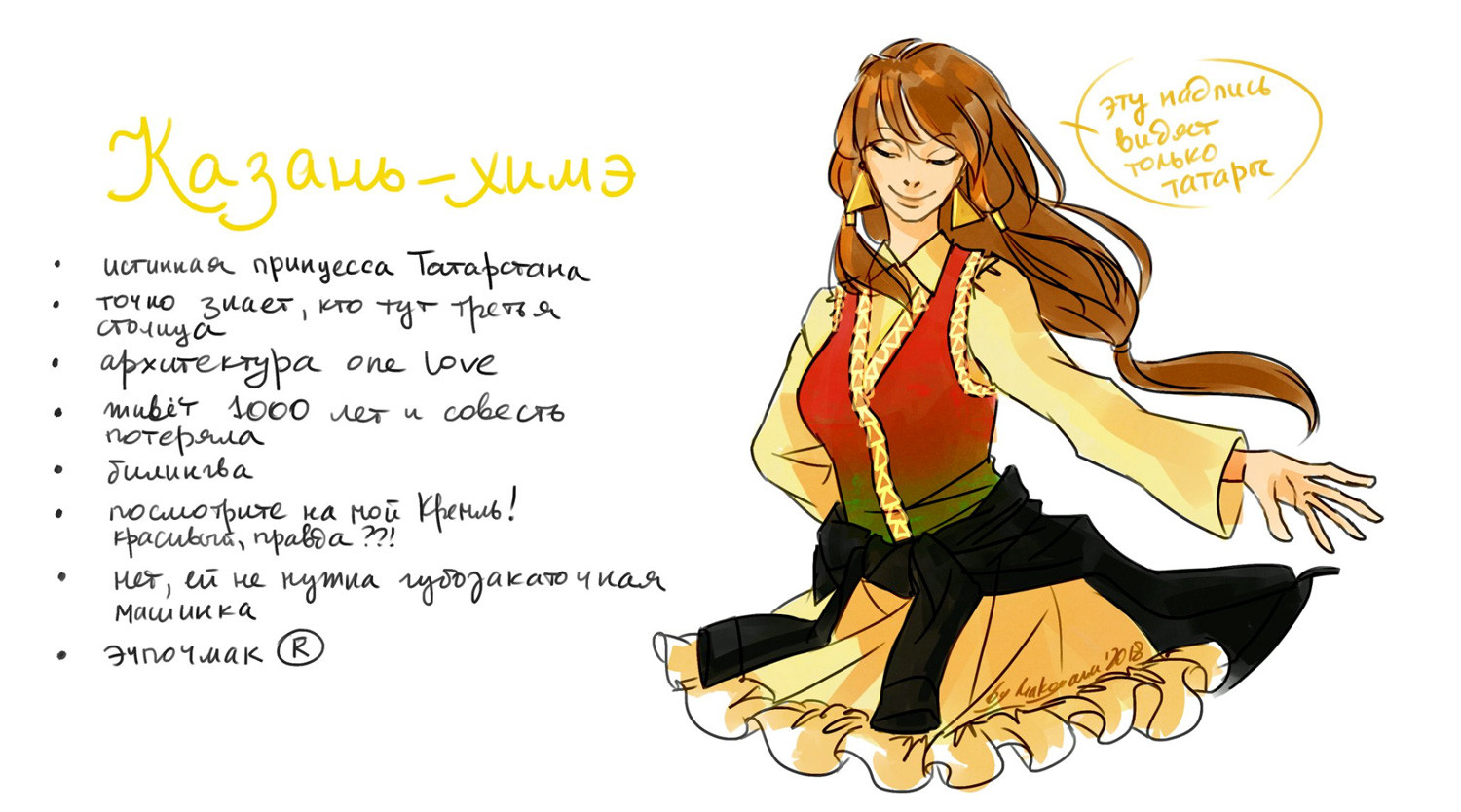 She is the Princess of Tatarstan and is bilingual. She knows everything about herself. She has been around for 1000 years and is completely shameless. She is in love with architecture. She sends everyone to see the Kremlin and then says, “Beautiful, right?” She treats people to, and she is the only one capable of pronouncing the word.

Ekaterina: “Kazan has a registered brand - Russia’s third capital. It is also the capital of Tatarstan and many people here speak Russian and Tatar as their mother tongues. The Kazan Kremlin is famous throughout Russia and the city has beautiful architecture. Echpochmak is a national Tatar dish, similar to a pie. 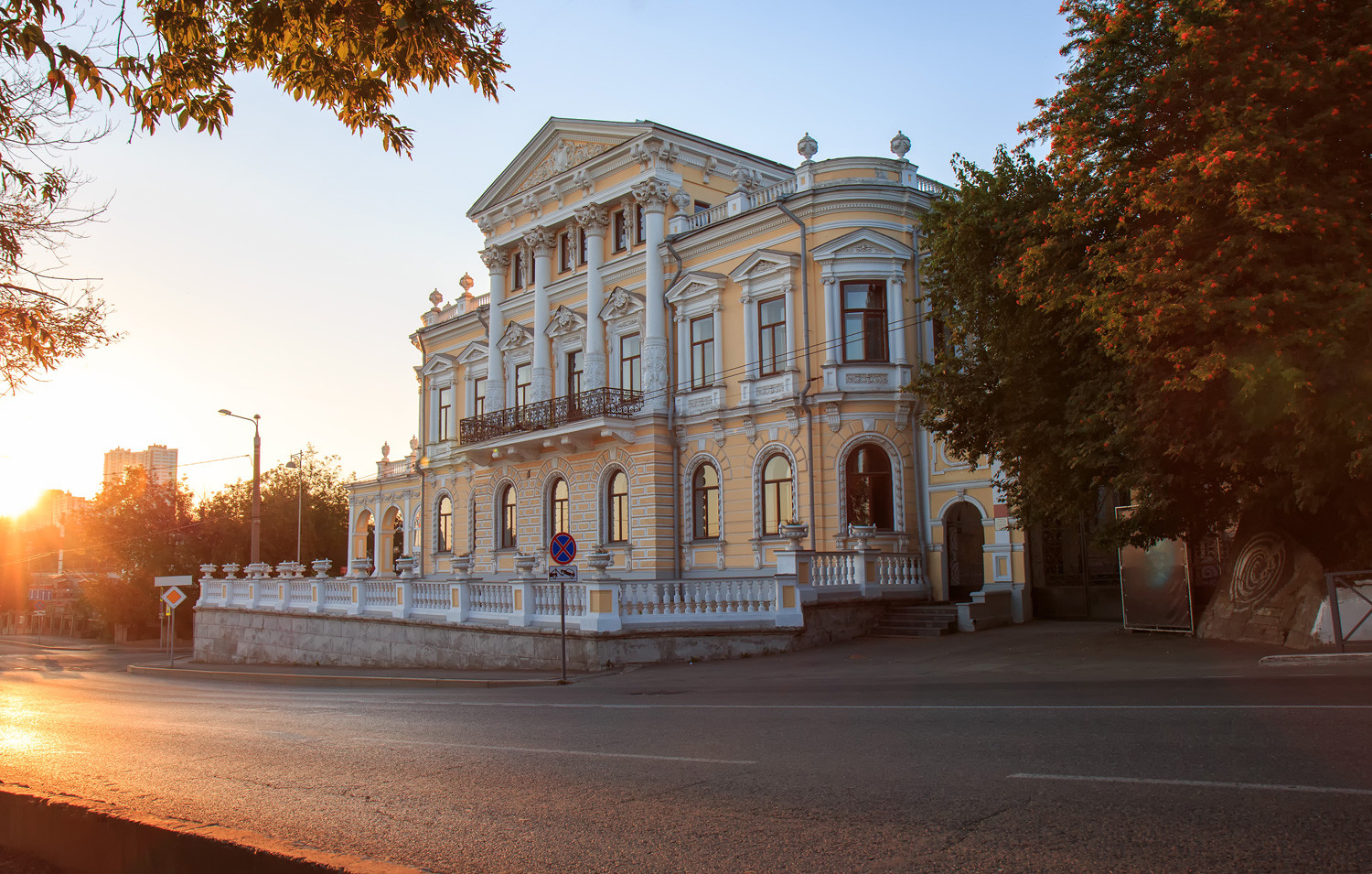 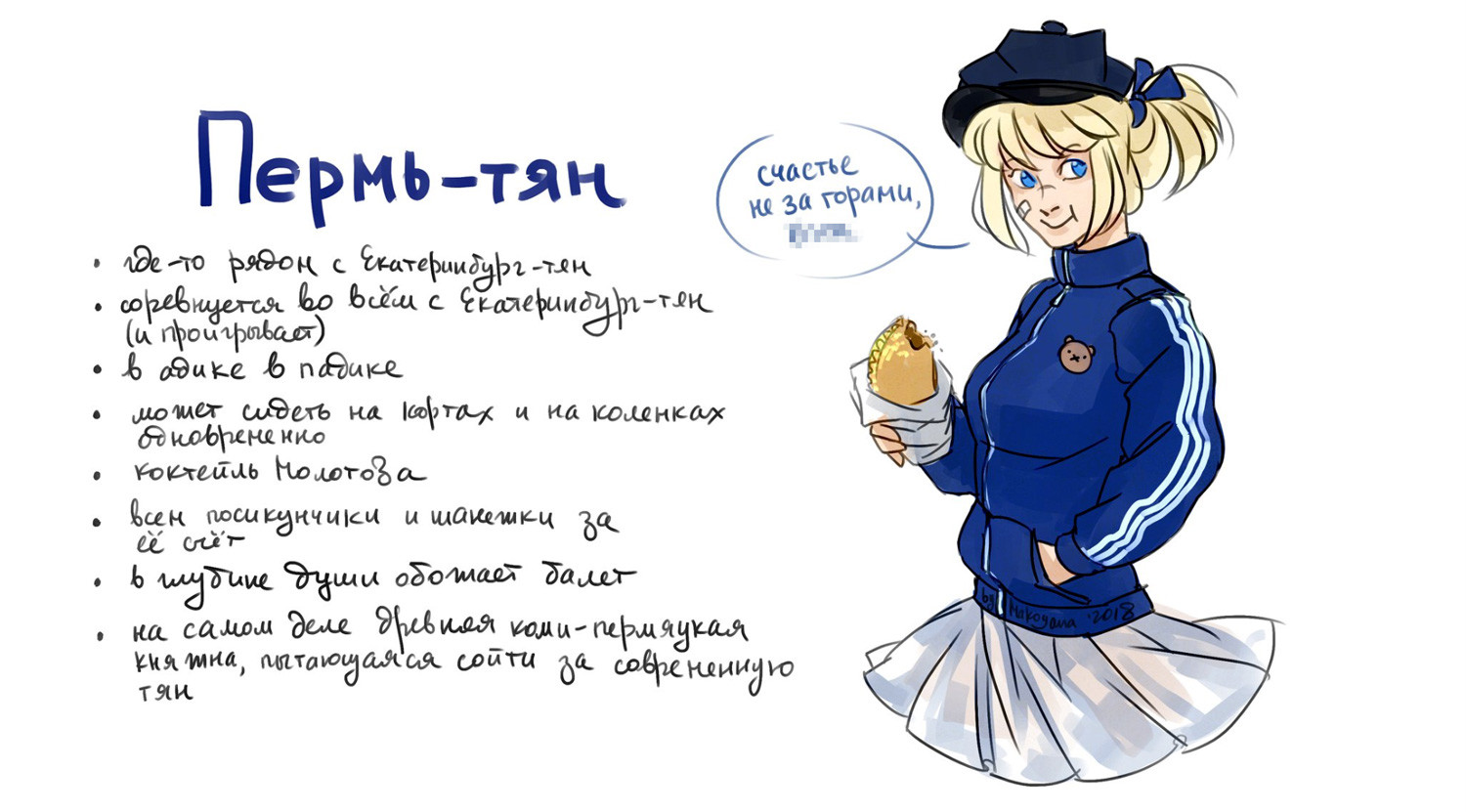 She lives somewhere near Yekaterinburg and competes with the city in everything (and loses). She can squat and sit on her knees simultaneously like a real hoodlum, but in the depths of her she loves the ballet. There is a theory that she is actually an ancient Komi-Perm princess but is carefully hiding the secret. She loves (dumplings).

Ekaterina: “When many people speak about Perm they mention hoodlums. But they also say that people here love the ballet and remember their roots. That is why for me Perm is a girl who has the image of a tomboy. But actually, it’s not that simple - she is encrypted. She will also treat you to some dumplings () and loves (Perm’s symbols). 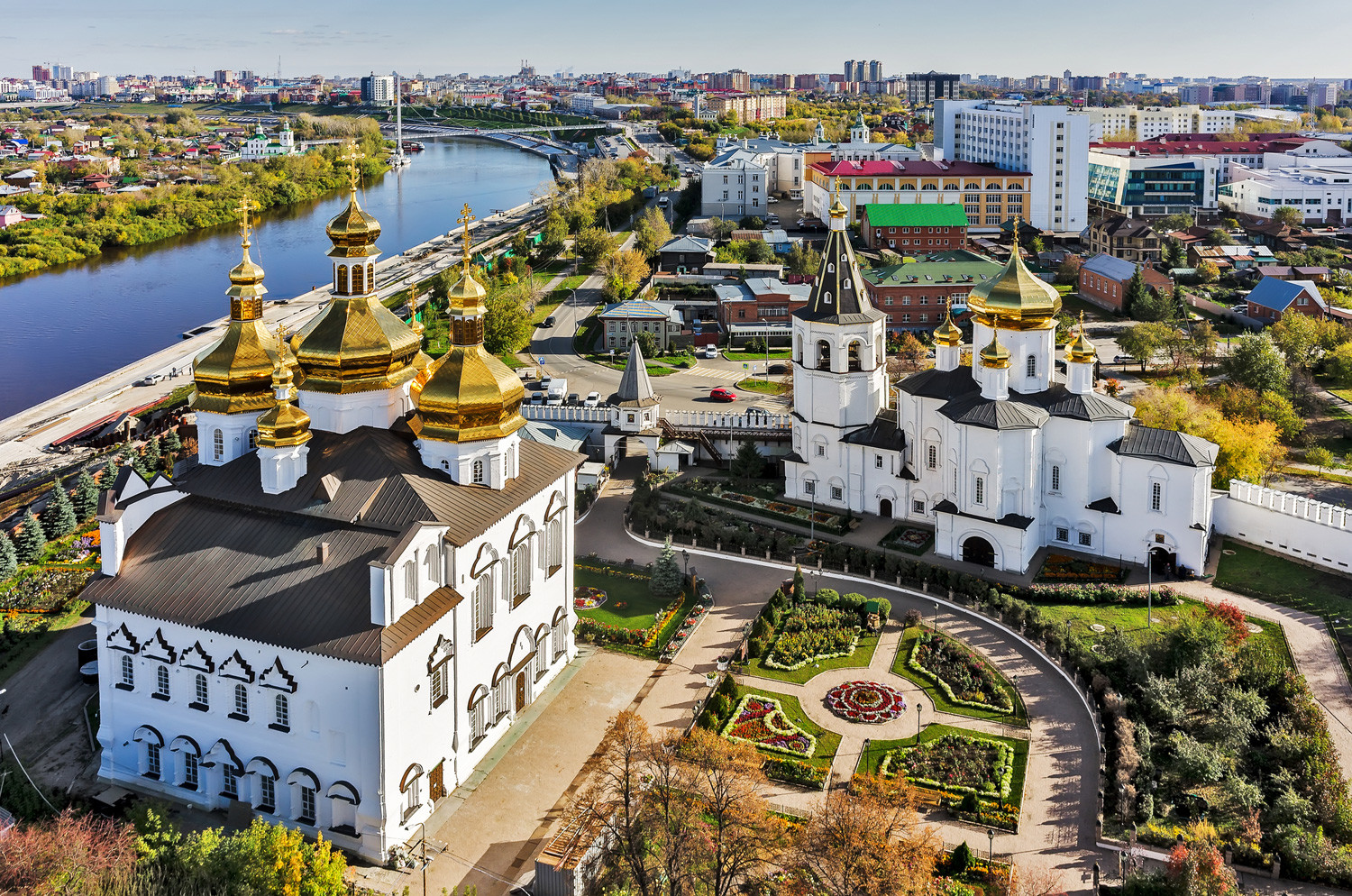 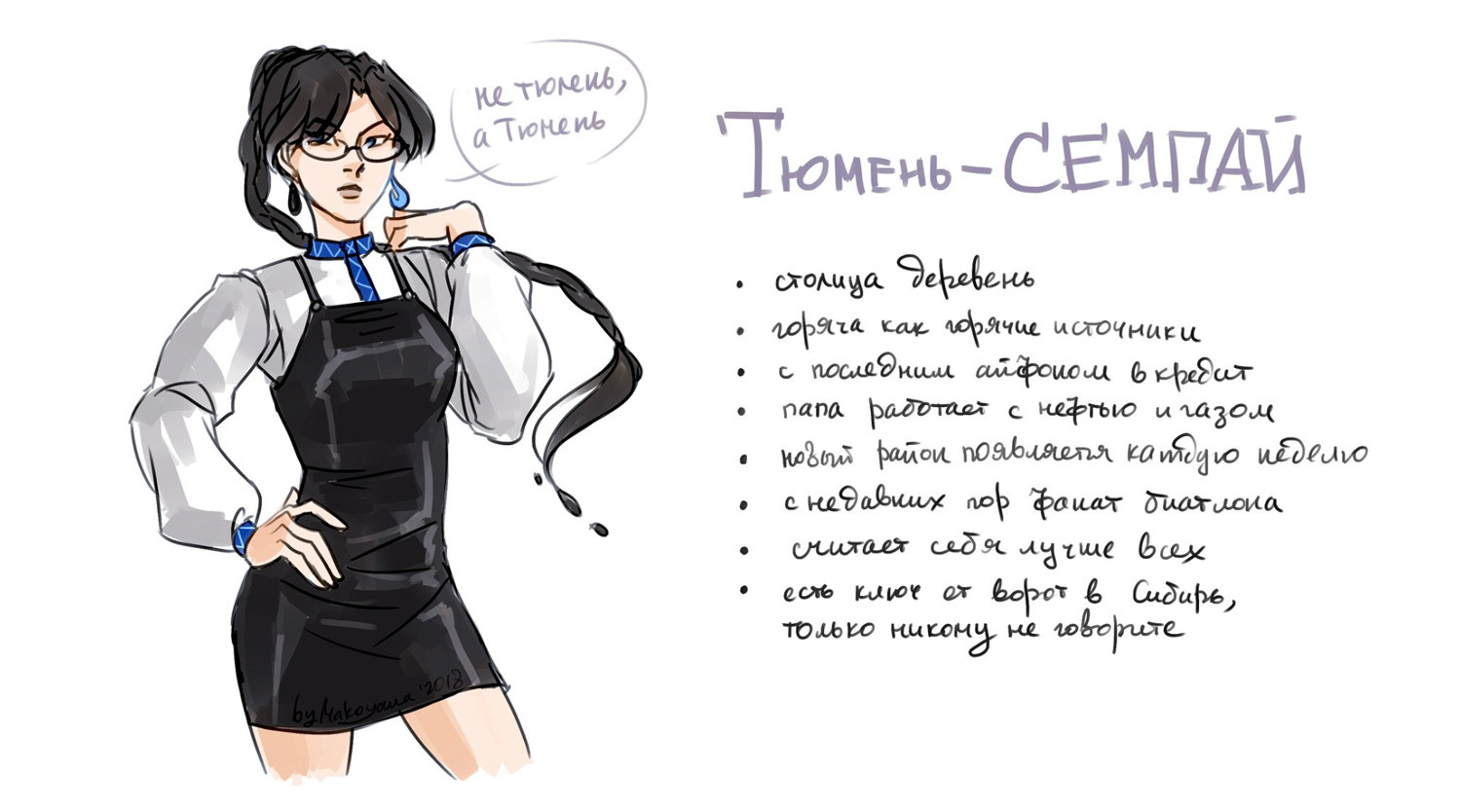 She is the most important person in the village (so much building is happening here that each week there is a new neighborhood). She is as hot as hot springs. Her father works with oil and gas, which is why she thinks she is the best. She walks around with the latest iPhone (which she bought with a loan). For a long time she has been a biathlon fan. She possesses the keys to the gates of Siberia.

Ekaterina: “This city is considered the capital of all villages. This is the first Russian city in Siberia and a large center for oil production. It is growing dynamically. Local people are said to be rather pretentious and everyone thinks it’s necessary to have the latest iPhone. But not that many people can afford it, so they take out loans. In March it hosted the Biathlon World Cup. 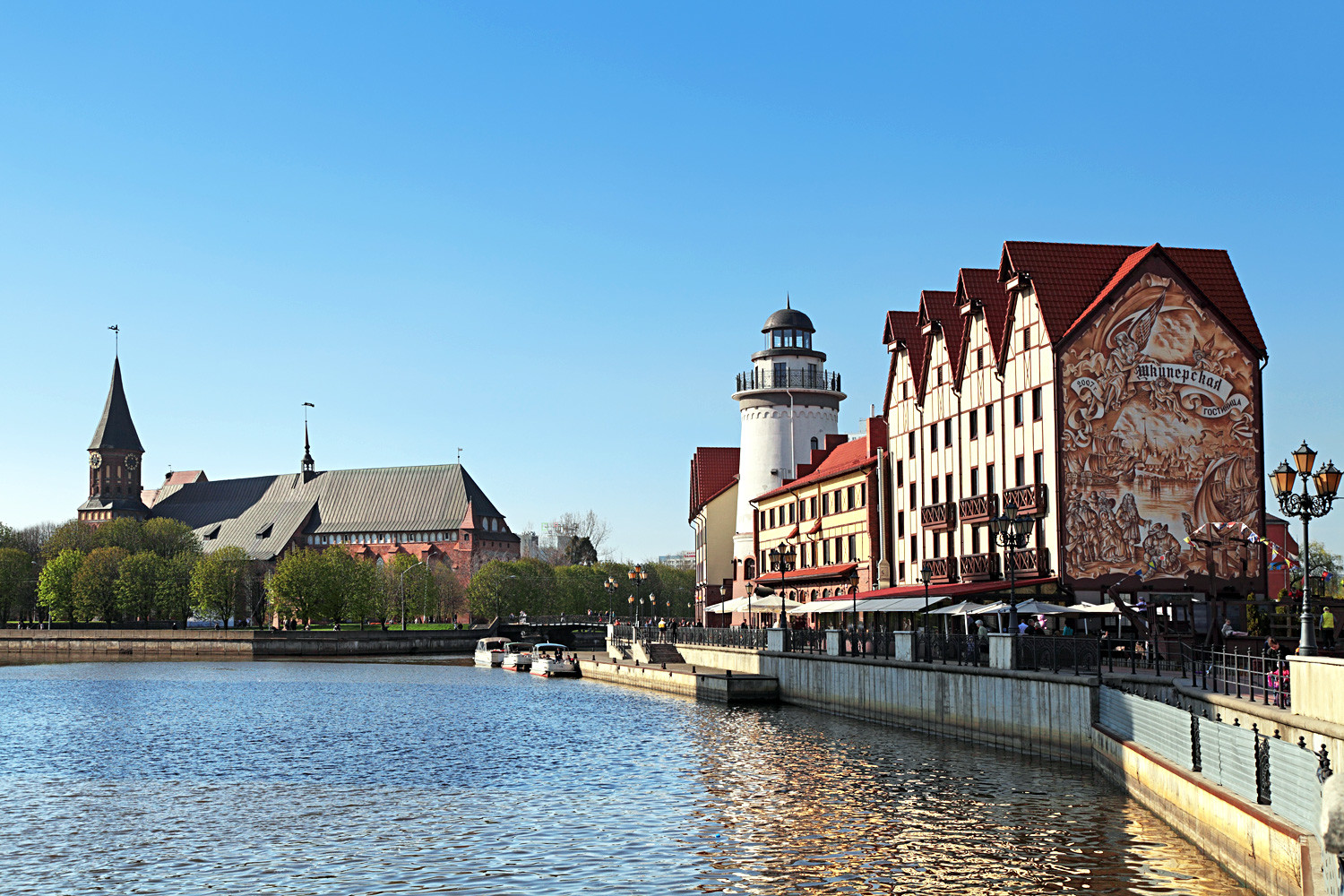 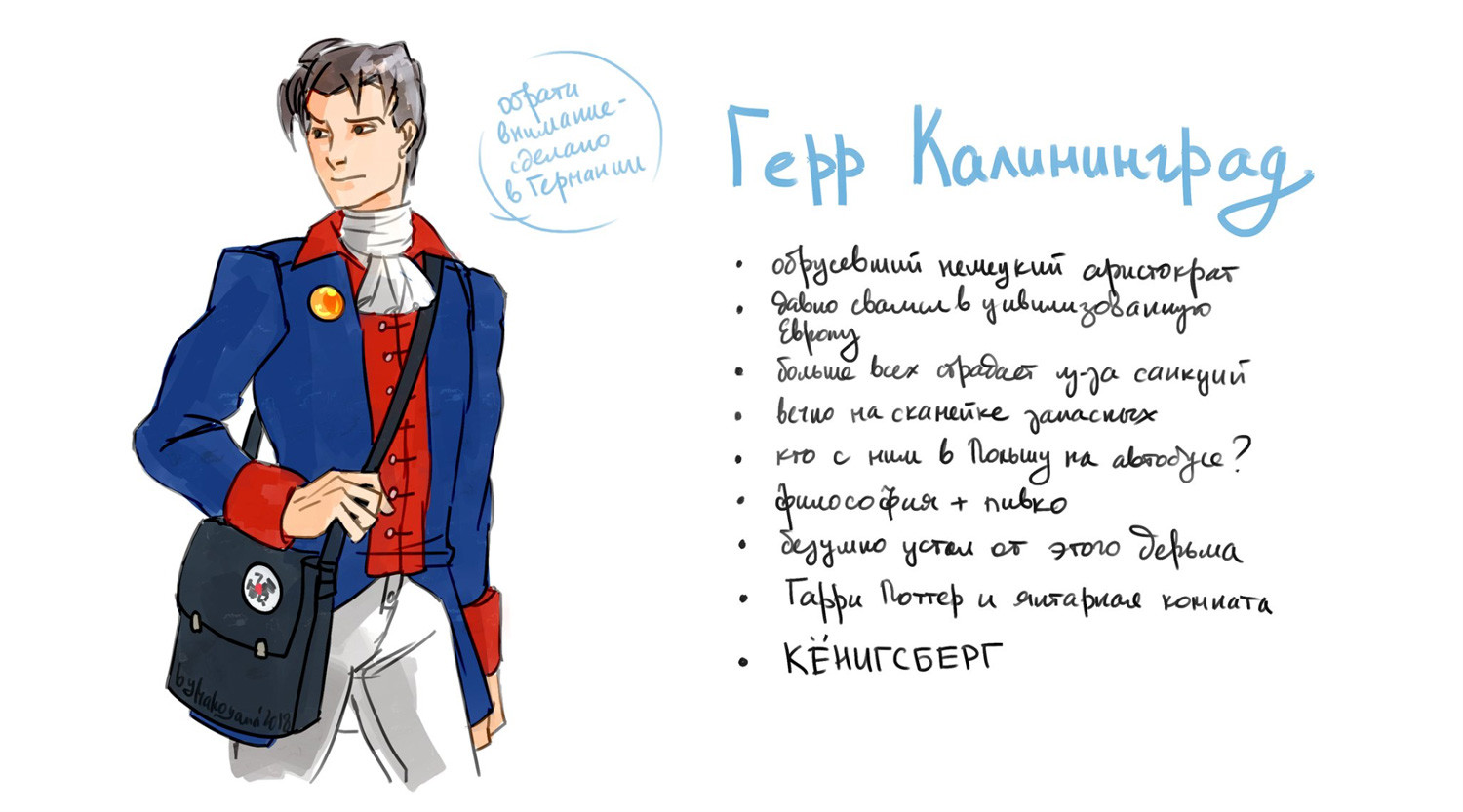 Russified German aristocrat who dreams of going to civilized Europe. He is suffering from the sanctions more than anyone else. He is always on the substitute bench and is therefore terribly tired of all this crap. He loves philosophy and beer. On the weekends he takes a bus to Poland. He would love to read the book Harry Potter and the Amber Room, if someone ever wrote it.

Ekaterina: “An exclave, a former German town that is surrounded by Europe and the people here also want to live in a European manner. They are also tired of just dangling somewhere away from the rest of Russia. It is the birthplace of Immanuel Kant, so everyone likes philosophy. They have lost the amber room here somewhere and hope to find it one day.”