Zurab Tsereteli’s colossal statues from the U.S. to France (PHOTOS)

Culture
Alexey Timofeychev
Zurab Tsereteli, is a Georgian and Russian sculptor who has been lauded at home and abroad, but whose works are often controversial. Sometimes, simply due to the fact that size really matters.

Tsereteli is said to have created more than 5,000 works of art. For 20 years the sculptor has been president of Russian Academy of Arts. His many awards include top international ones, like the Legion of Honor. Many of his sculptures are on display abroad.

Tsereteli’s first works were seen in the West in the late 1970s. He taught a course the State University of New York's College at Brockport in 1979 where that summer's Special Summer Olympic Games were held. It was also a year proclaimed the International Year of the Child.

Tsereteli created two sculptures – “Prometheus” and “Joy and Happiness to All the Children of the World” - and presented them to the college. Two bronze pieces were monumental enough - they weighed around 30 tons. They were shipped from the USSR to the USA and delivered to the college campus by five trucks. 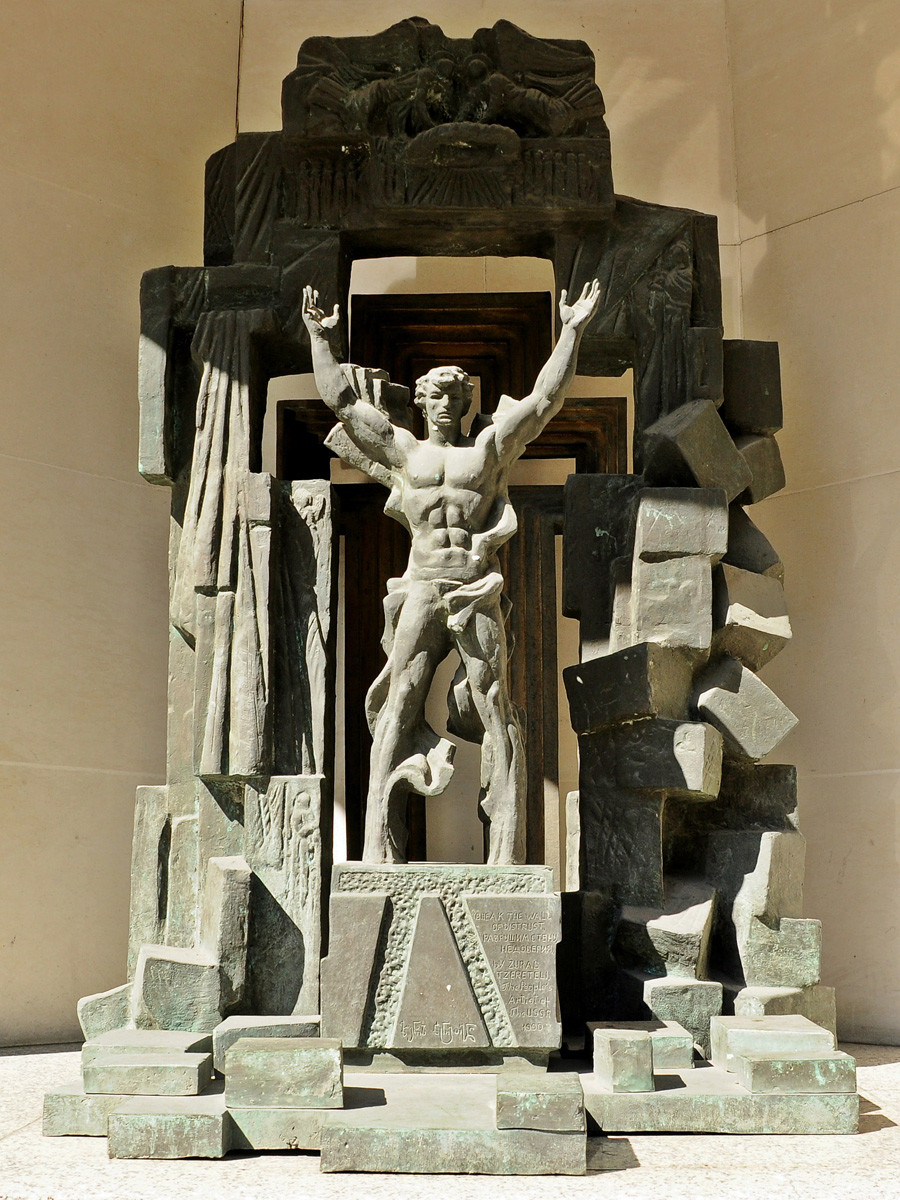 'Break the Wall Of Distrust'

Tsereteli’s massive arrival in the West coincided with the time of Mikhail Gorbachev’s perestroika.  The end of the Cold War became a theme for some of his major works at the time. In 1990 in the City of London a statue with the telling name “Break the Wall Of Distrust” was erected. 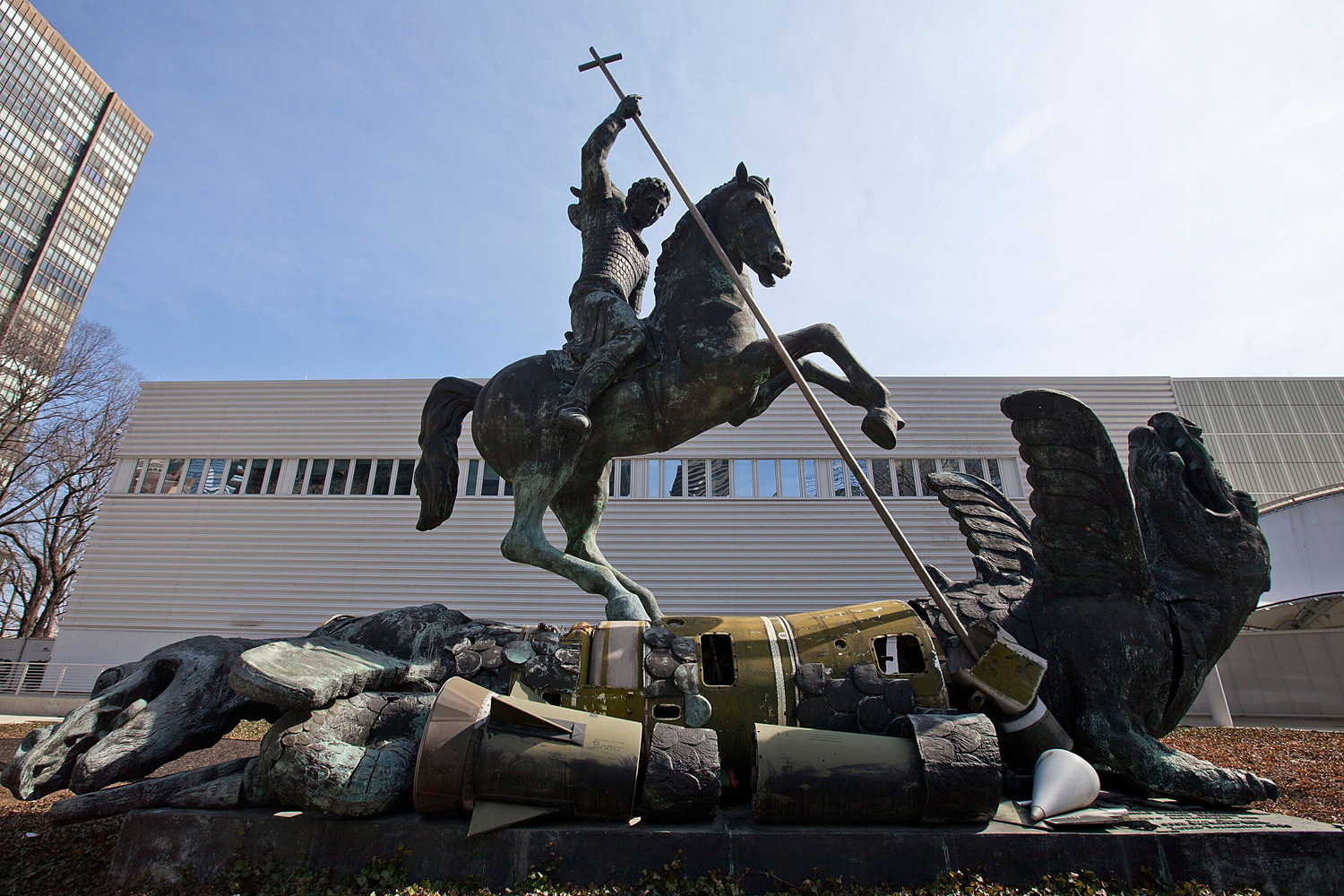 The same year in front of the UN building in New York “Good defeats Evil” was erected. St. George is piercing a dragon that was built from parts of Soviet SS-20 and American Pershing-2 ballistic missiles. “The idea was that weapons would not be used against countries and nations,” Tsereteli said about the statue later. The innovative sculpture became one of the symbols of the end of the Cold War. 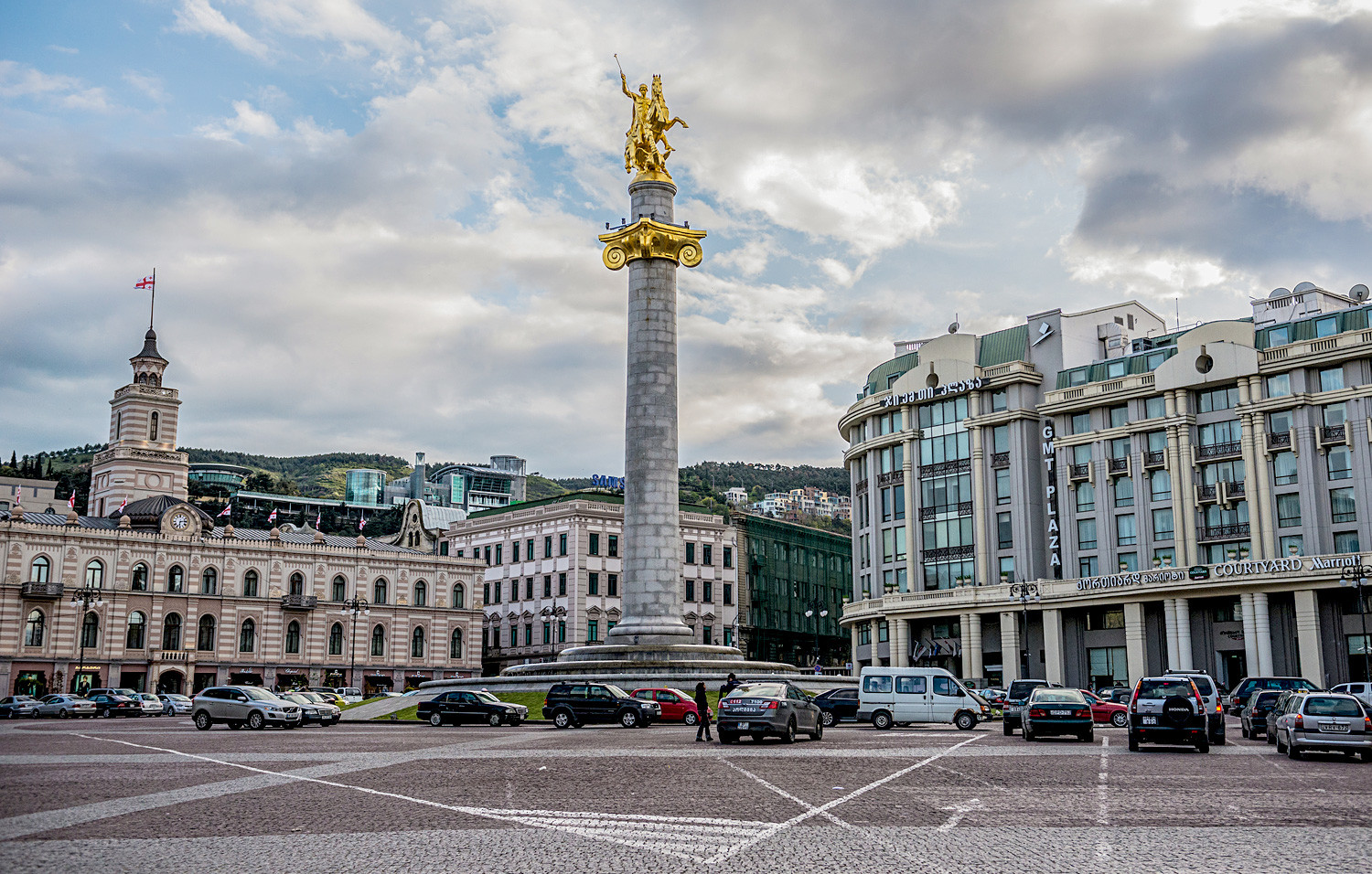 The statue of St. George in Tbilisi

Another St. George by Tsereteli stands in the center of Tbilisi. The 40-meter high statue of the country’s patron saint was erected in 2006. Until the early there was another patron in the city center – Vladimir Lenin. Eventually, the 40-meter high golden saint replaced the figure of the proletarian leader. 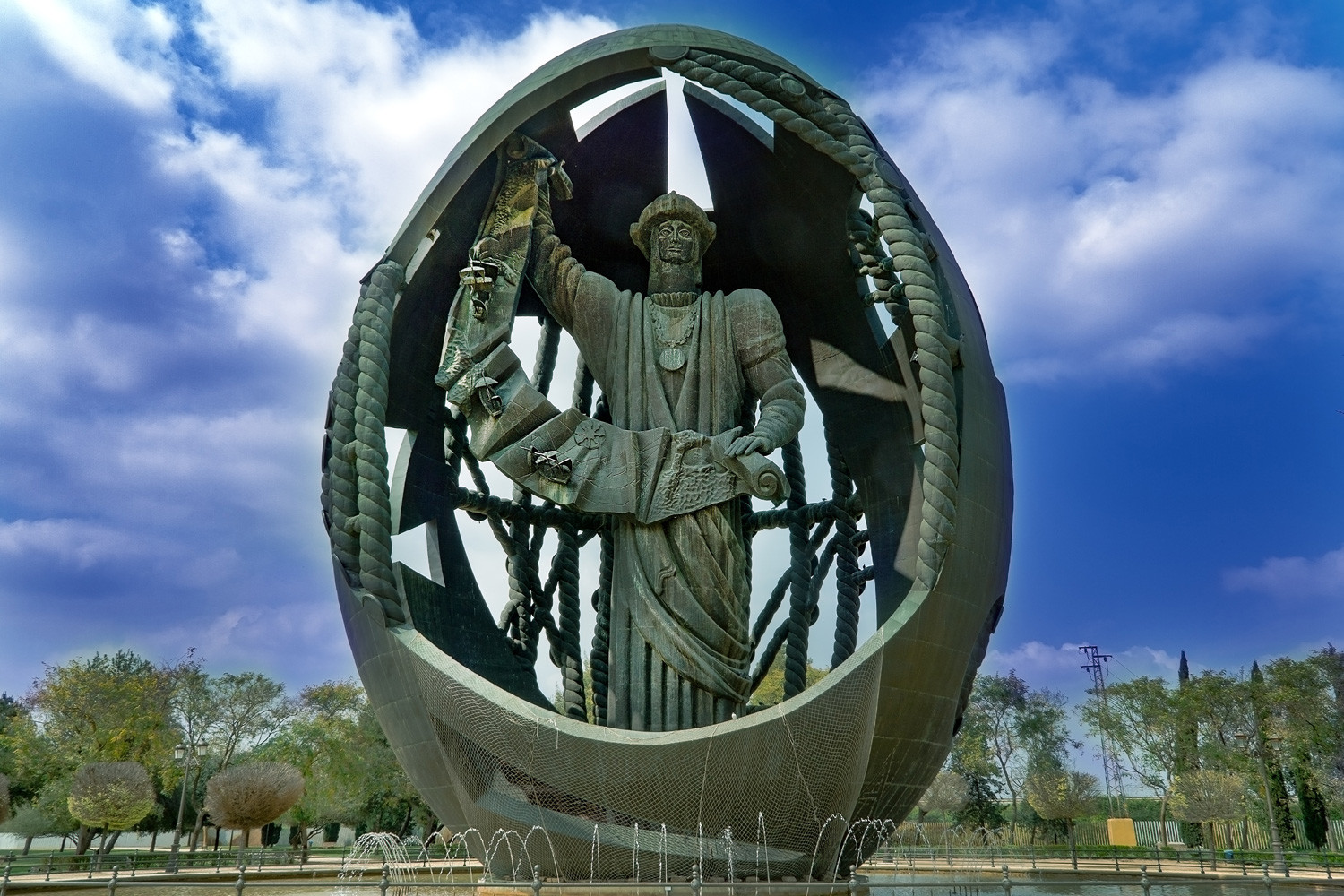 'The Birth of the New Man' in Seville

In the 1990s, the sculptor became fascinated by the theme of the discovery of the New World - as 1992 marked the 500th anniversary of the discovery of America by Christopher Columbus. Then the idea of a diptych appeared: with one sculpture in Spain and another – somewhere in America.  The first, "The Birth of the New Man” featuring Columbus was erected in Seville in 1995. 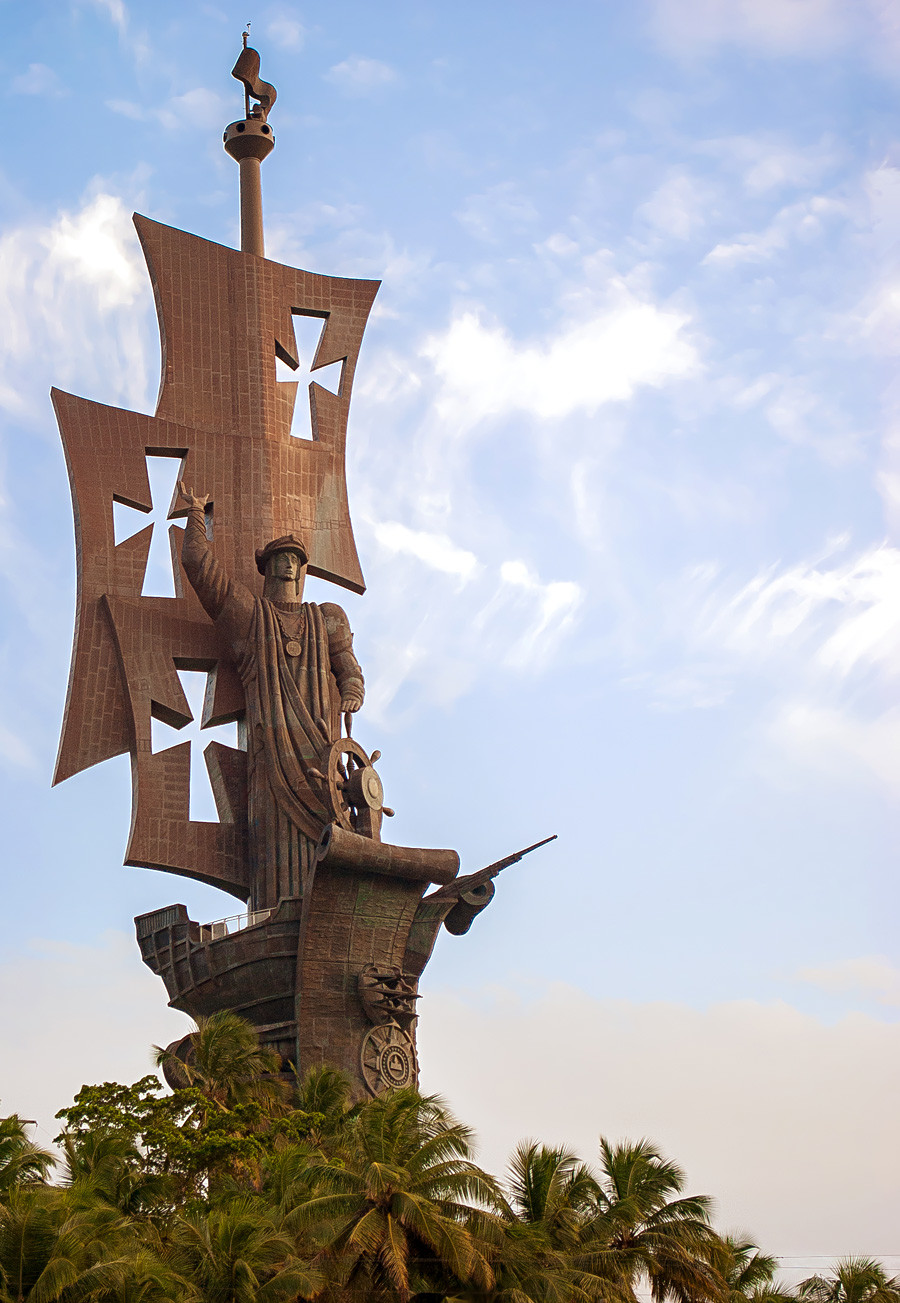 'The Birth of the New World' in Puerto Rico

Its counterpart, another Columbus in the “Birth of the New World”, had a much more challenging story. It was initially intended to be placed in New York, but in 1997 the city refused to take the gigantic statue that is much higher the Statue of Liberty (126 meters high and weighing 200 tons). Some other US cities followed suit. It would be 20 years before it was eventually erected in Puerto Rico. 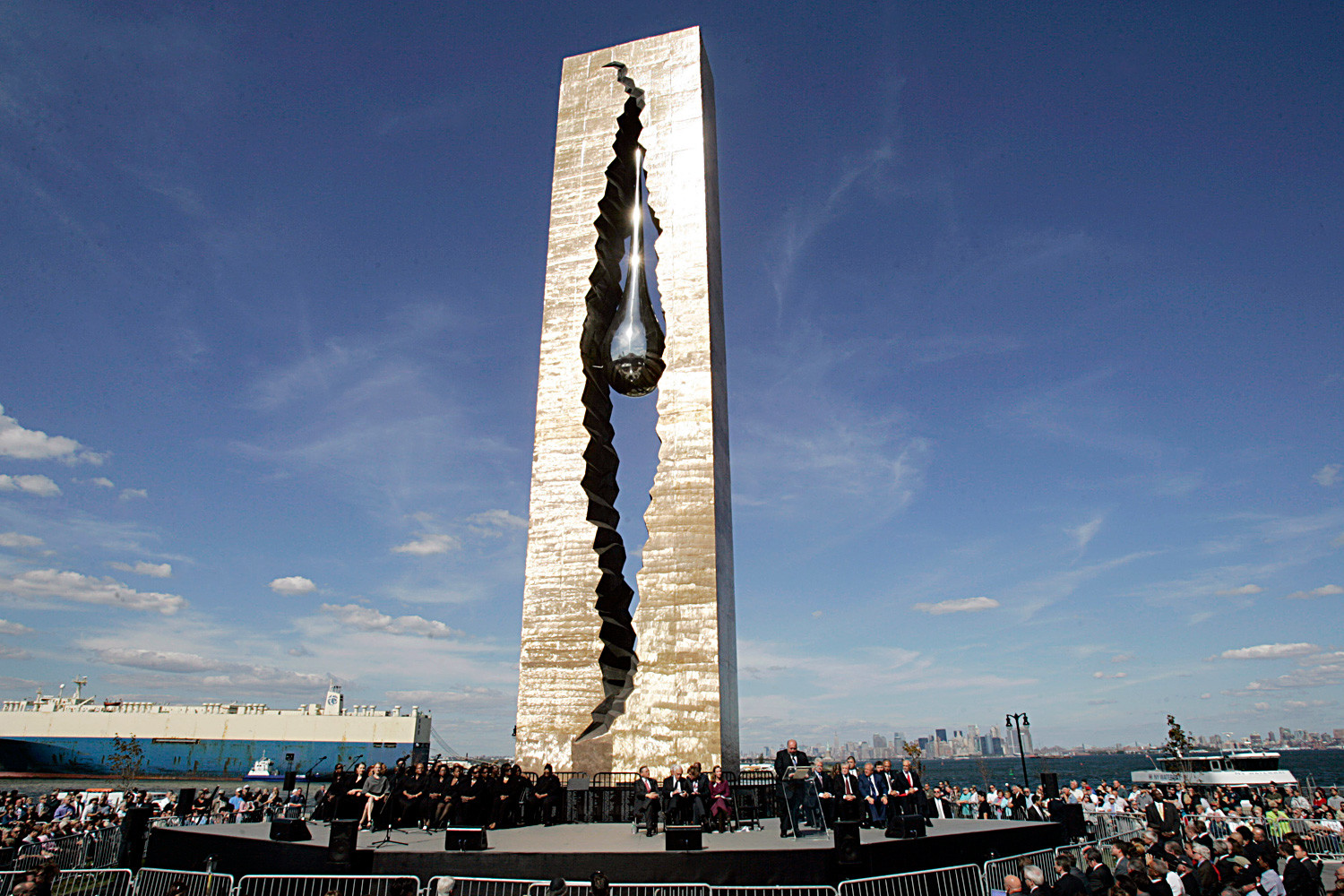 The “Tear of Grief” dedicated to the victims of the 9/11 attacks was also initially supposed to be in a different place – in Jersey City, close to the place where the buildings of the World Trade Center. In the end, the monument was placed in Bayonne, New Jersey, on the bank of the Hudson River. The 10-story high sculpture was a gift of the Russian government. 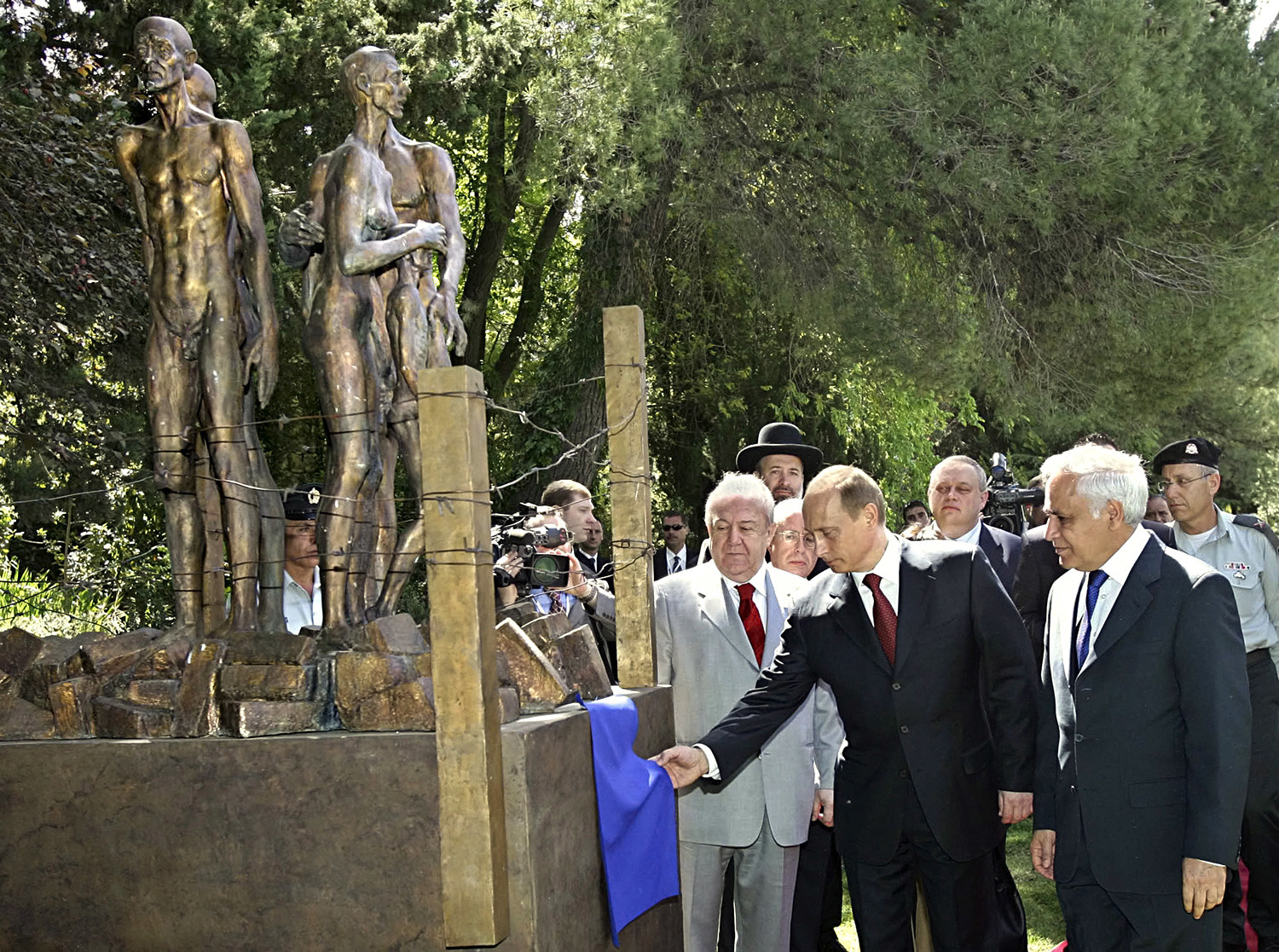 This monument – to Holocaust victims – was also a gift: from President Vladimir Putin to Israel, where it was erected in 2005. There are six human figures of prisoners. Three adults are sheltering a family with their bodies: a father, a mother, and a child. 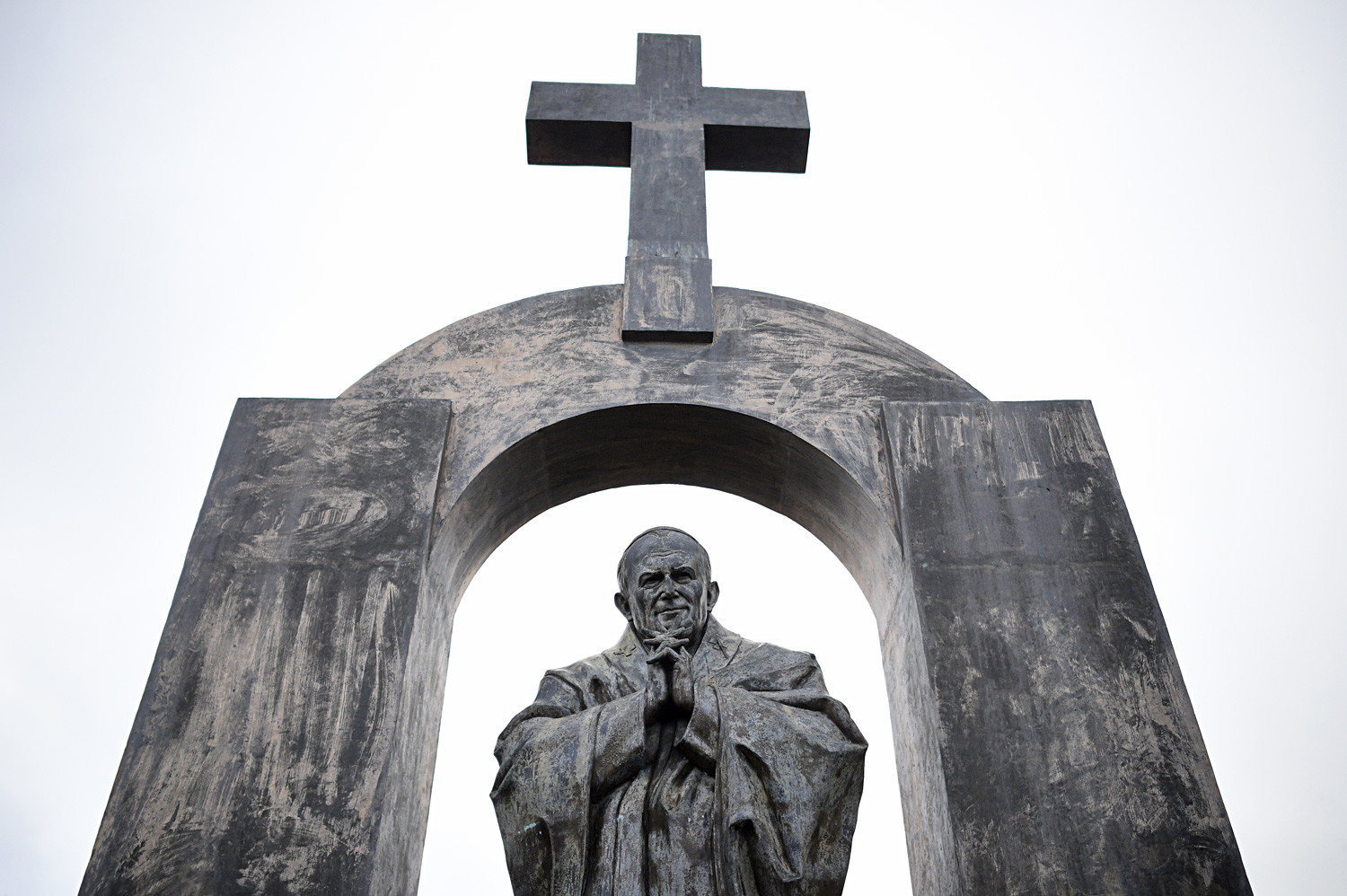 The statue of Pope John Paul II in Ploermel, Brittany

The monument to Pope John Paul II in Ploermel, France, was controversial from the start the outset in 2006. Some did not like the cross above the pontiff’s head and saw it as a breach of official separation church and state that is enshrined in French law. The legal battle lasted for years and led to a decision to remove the cross or dismantle the statue altogether. Poland got involved in the dispute (the pope was a Polish national) saying that it is ready to take the monument if the local community agreed. So far, it is still in France. 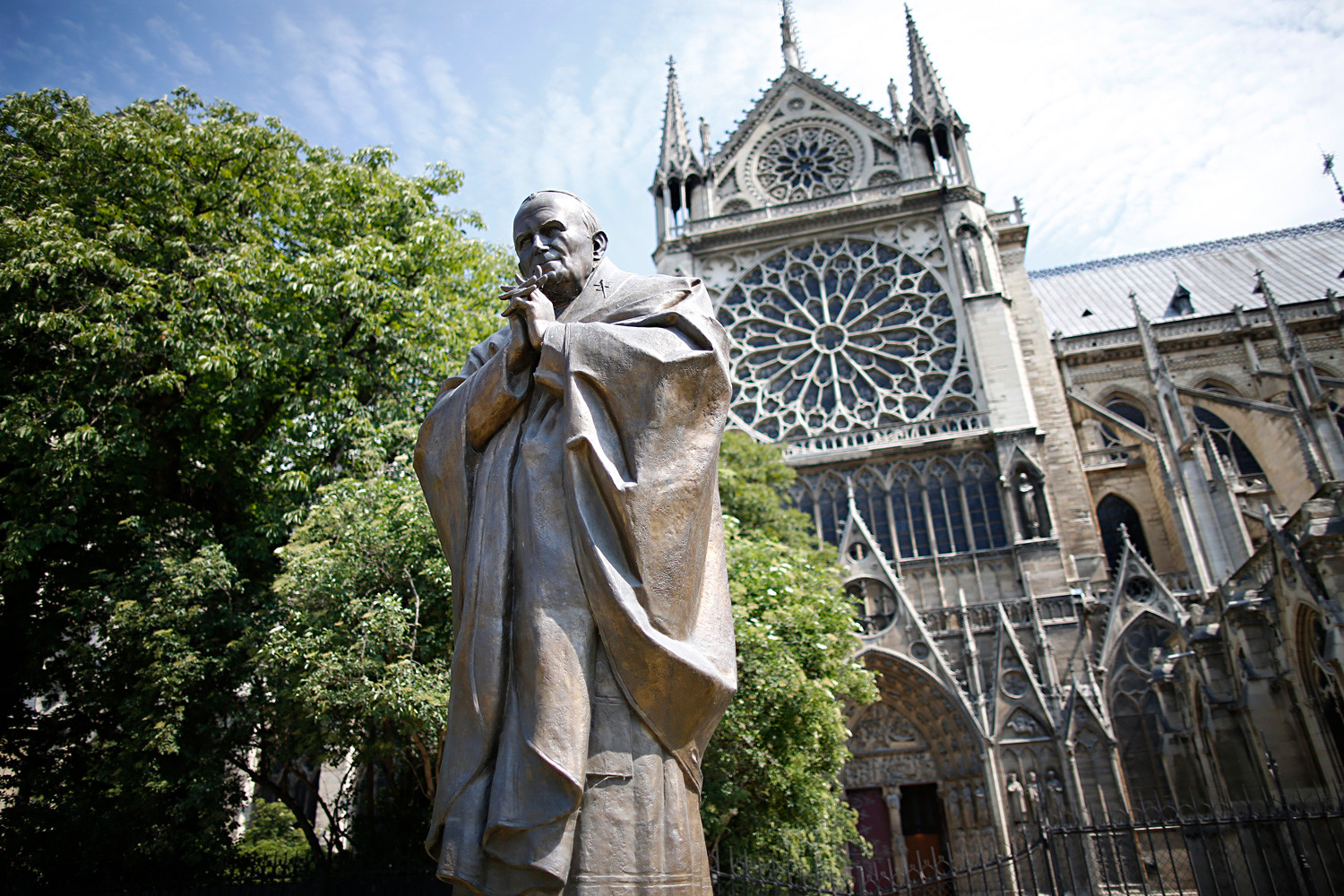 Even if Poland takes the pope from Ploermel, France still has another John Paul II by Tsereteli. It is in Paris, close to Notre Dame. The 3-meter tall monument appeared in the city center in 2014. But this one is uncontroversial. 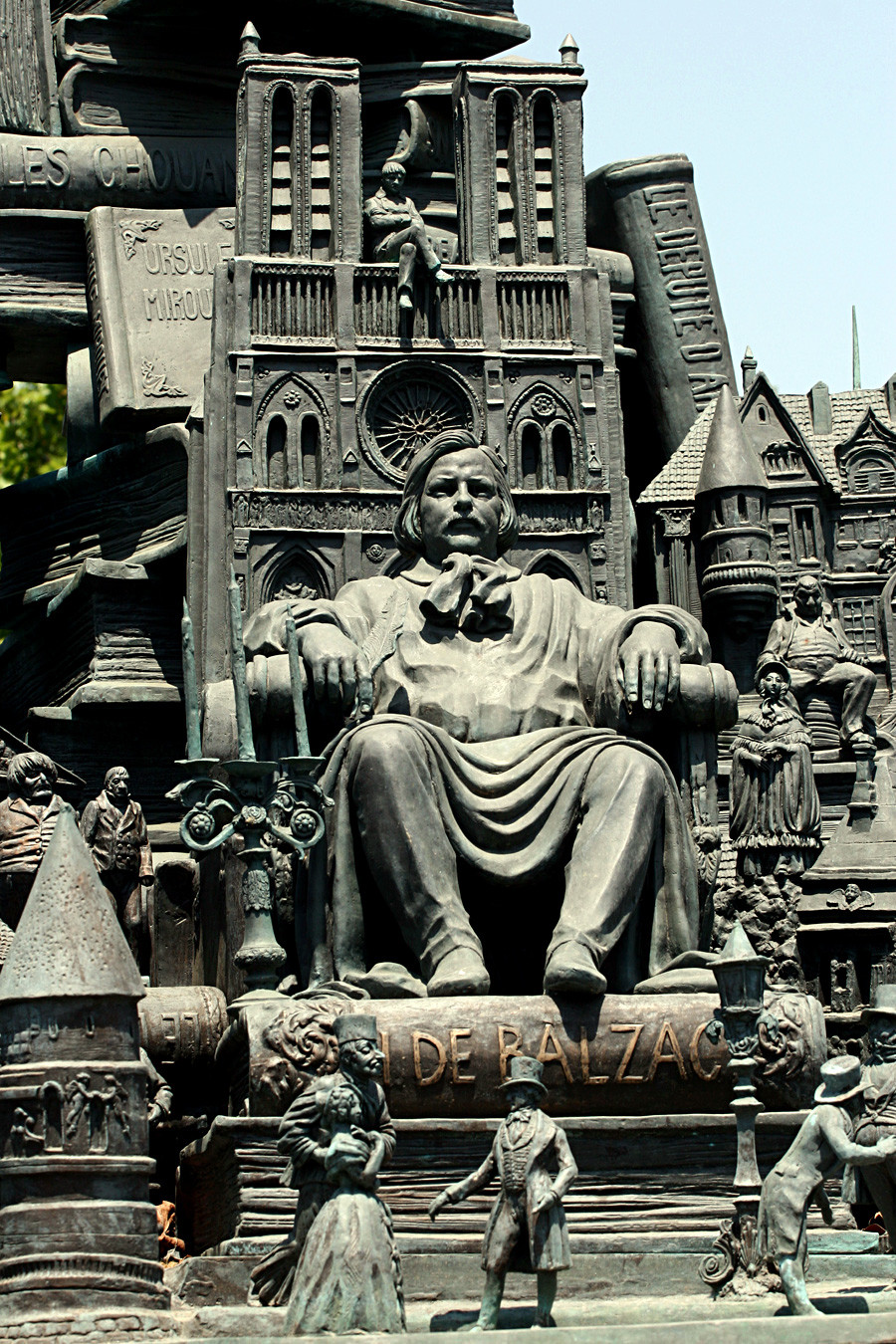 The monument to Honore de Balzac

France is home to another Tsereteli bronze tribute – to Honore de Balzac. The writer sits in the middle of the composition surrounded by characters from his books. The 5-meter high monument is located in the south of the country and looks pretty modest compared to a gigantic tear or colossal Columbus.