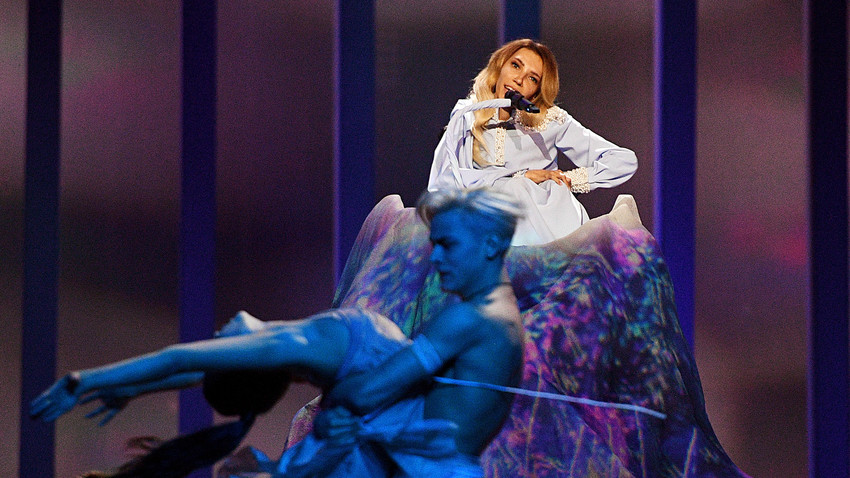 Vladimir Astapkovich/Sputnik
After scandal hit last year’s contest, the wheelchair bound singer was banned from competing in Ukraine, but she’s set to light up the stage this year in Lisbon.

1. Yulia's flame was put out in Ukraine

Yulia Samoilova was chosen to represent Russia in 2017’s Eurovision in Kiev, Ukraine with her song "The Flame Is Burning," but the local security service banned her from entering the country for three years. These tough measures were imposed on all Russian entertainers who performed in Crimea after it was reunified with Russia.

That ban meant Yulia couldn't attend the contest in person, and performing via video link was also ruled out by Russia. So the country was not represented. However, there’s much support for the singer and she’s been given another crack to strut her stuff at this year’s Eurovision.

2. Nothing can break Yulia

For this year’s Eurovision in Lisbon Yulia will perform another song, "I Won't Break," which she says is about her.  "The composers aimed to shift my own thoughts and worries into the music," Yulia explained while debuting the track on Russia’s Channel One. "This is not so much a lyrical composition, as a song with a core.”

Performing on Eurovision has been her dream since she saw her idol - Russian singer - singing during Eurovision 2000.

3. Fighting for all disabled people

Yulia has spinal muscular atrophy and uses a wheelchair. But this hasn’t affected her voice and from an early she participated in several song contests. When she was young she was often told that her wheelchair would hold her back in show business, but she never gave up and even formed a rock band.

In 2014 Yulia performed for the opening ceremony of the Winter Paralympics in Sochi.

Russia’s legendary “queen of the scene” Alla Pugacheva has been Yulia’s mentor for a while now. As a patron of the country’s version of , she told Yulia that her wheelchair will not win her any sympathy votes, and when she started singing on the show Alla was reduced to tears.

Although Yulia did not win, she reached the finals and received a “golden star” from Alla.

The Russian president's press secretary, Dmitry Peskov, said Putin is very glad that after the unpleasant situation at last year’s Eurovision, Yulia has been given a second chance to show the world her talent.

Read more: 7 books you must read before visiting Russia for FIFA World Cup™