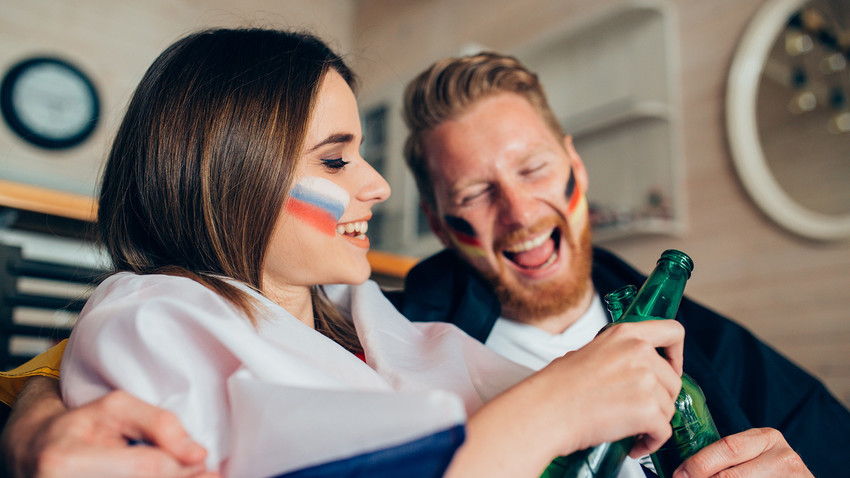 Getty Images
Don’t want to stick out like a sore thumb at this summer’s World Cup? We’ve got you covered.

So, you’re going to Russia for the 2018 World Cup. Even if it means avoiding tourists traps or strange looks in public, it’s worth your while trying to blend in with the local punters this summer.

In spite of what the memes tell you, the average Russian is not actually decked out head-to-toe in Adidas at all times. In fact, tracksuited guys are best known as people who ask to “borrow your phone” (of course, if this happens to you, you should refuse). So, if you are the kind to emulate the memes and wear only tracksuits while in Russia, don’t be surprised if people give you a wide berth on the street.

To really blend in, it’s best to go dark. Not many people wear flamboyant clothes in Russia, so keeping it plain is your safest bet – black and grey jeans, jumpers, hoodies, that kind of thing. You might even get away with a conspicuous Adidas jacket (as long as it’s dark). Take note from this music video, featuring random St. Petersburgers found on the street. Notice the distinct lack of Hawaiian shirts.

For women, however, it’s not so easy. Unfortunately, you’ll have some serious fashion competition here, and will have to go to great lengths to resemble a Russian woman. Learn from the pros here. 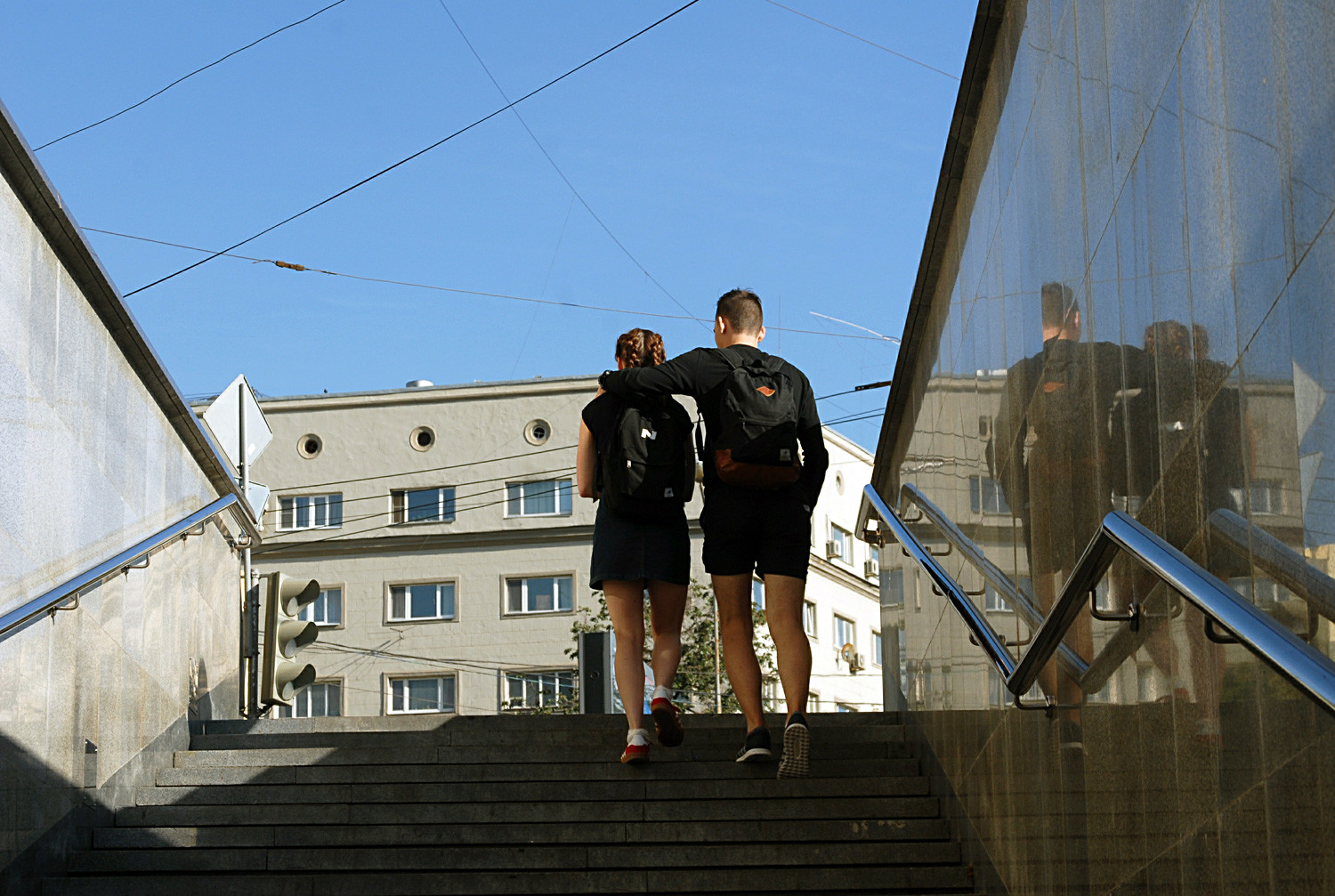 Pedestrians on the streets and junctions in Moscow

We know you’re glad to be in Russia for the World Cup, but if you really want to blend in here, you’re going to have to contain your glee. 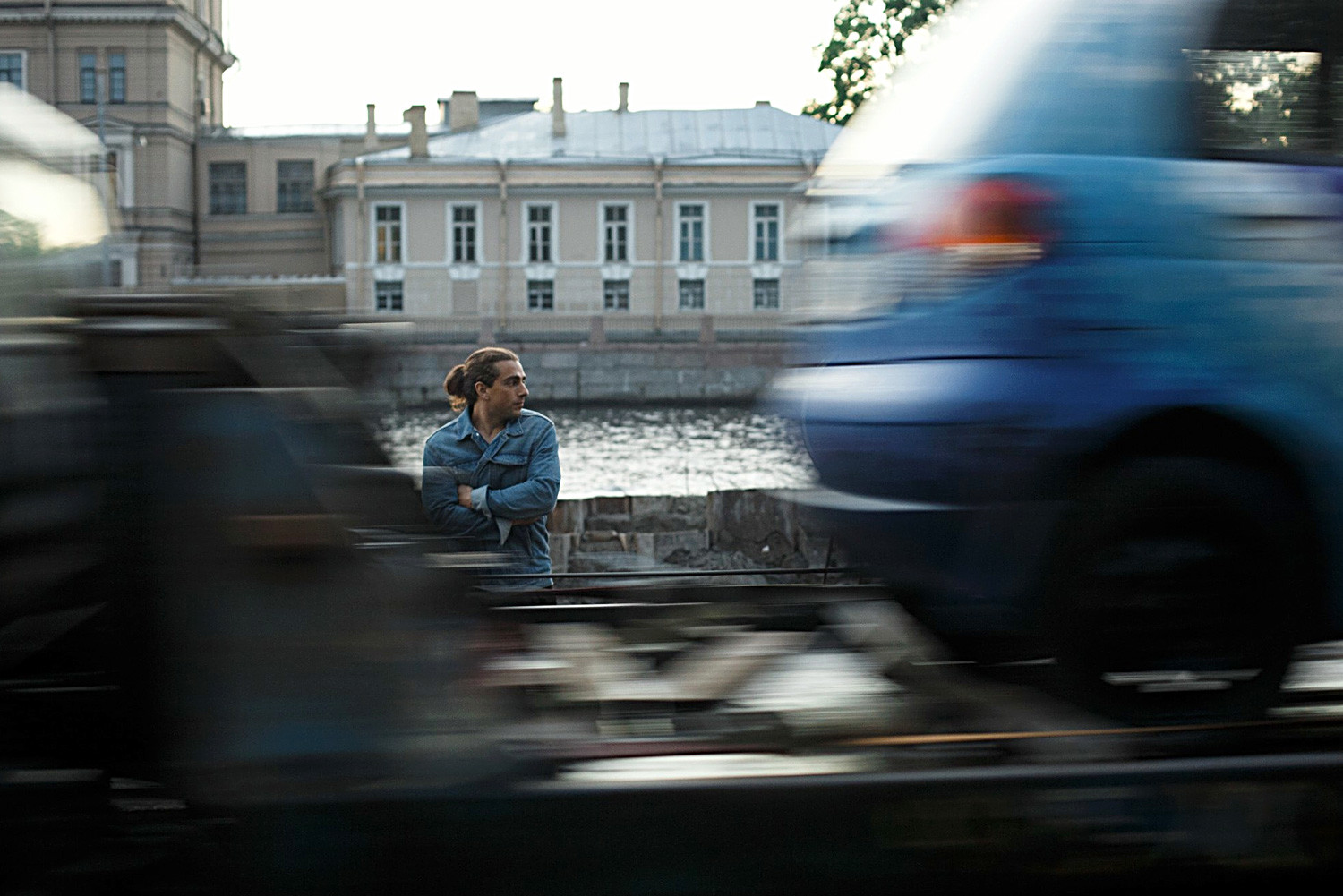 It’s a well-known fact that Russians don’t smile much (at least, not without a reason), so instead of walking around looking delighted, go native with a confident “resting bitch face” accompanied by a purposeful, strident walk and a gaze kept straight ahead of you at all times. Just constantly think to yourself, “I am the man, I fear no one”, and the rest will sort itself out. 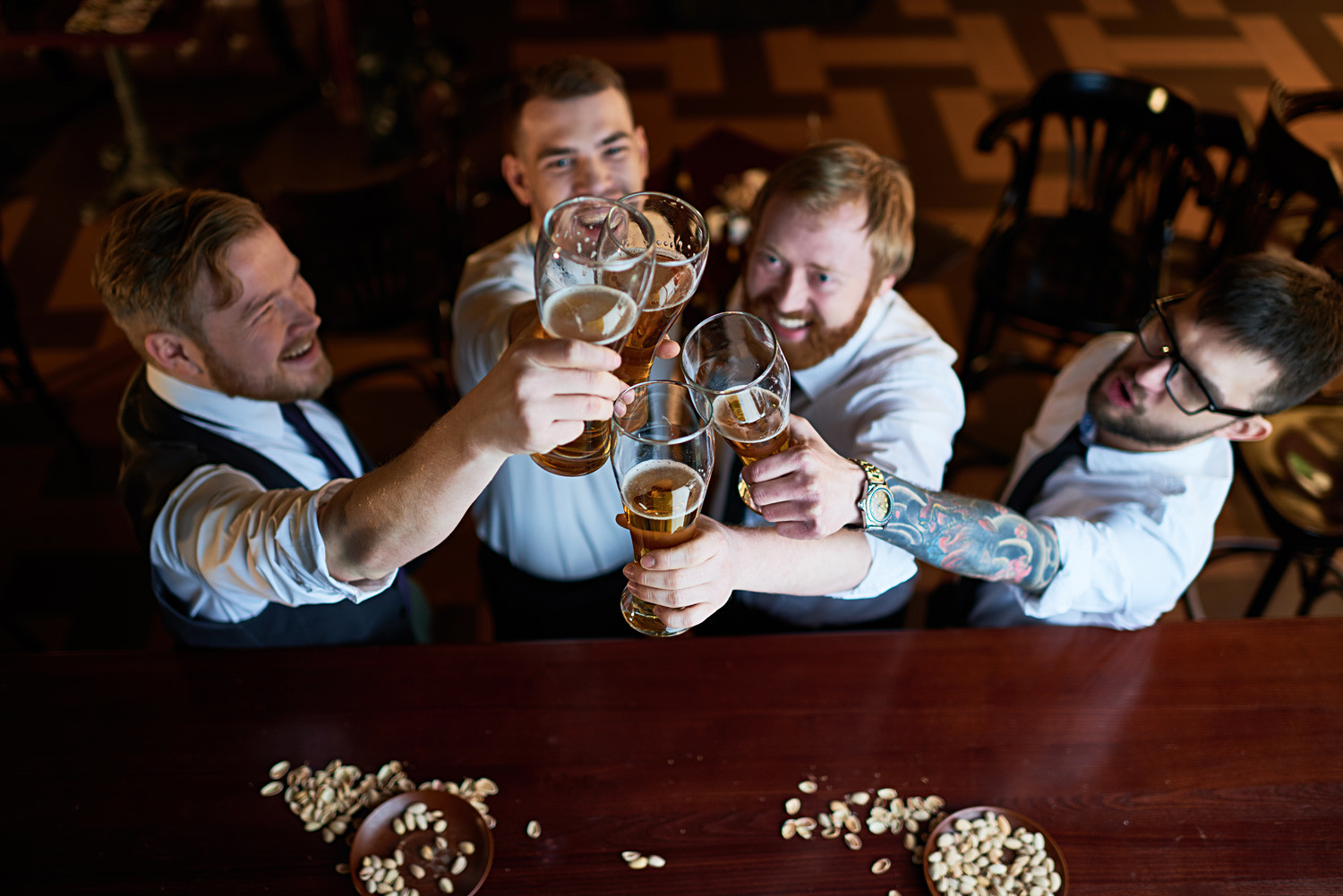 Ok, what I DON’T mean by this is that you should try to out-drink other Russians, or even keep up with them. Trust me, it will end badly.

However, there is a way you can slip under the radar without having to consume mass amounts. The key is to make a toast: If you announce the first toast to your newfound group of Russian friends, you’ve done your part, and no one will be offended if you take it easy from there on or move on to something lighter. Learn how with the help of our video. Drink smart, not hard. 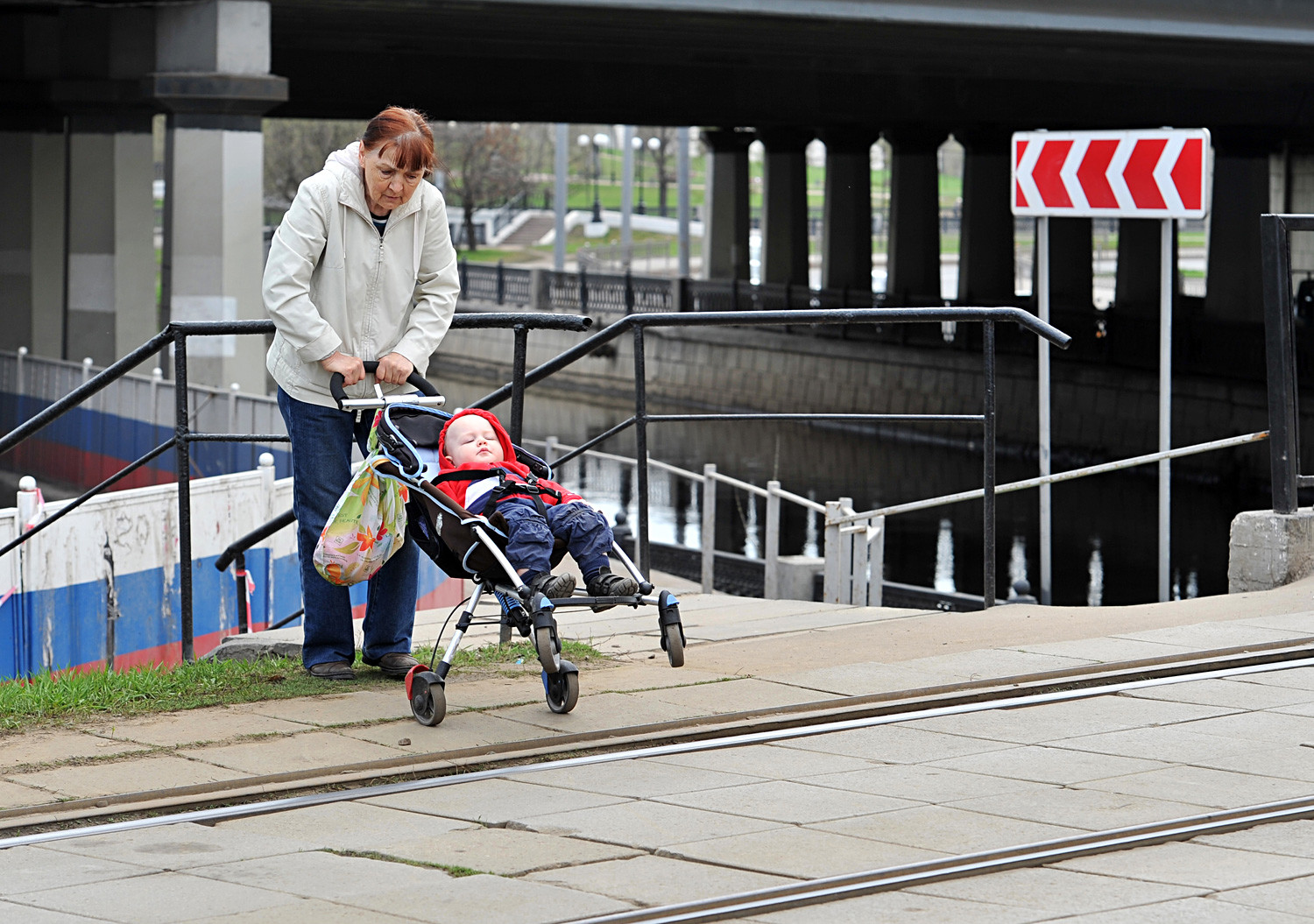 A woman with her baby crossing the street.

Guys, this one’s for you. Russian attitudes can be a little more conservative, especially towards women, so be prepared to open doors, give up your seat on the metro to babushkas, and jump at the opportunity to help carry things. See a woman struggling to lift a pram up some steps? Only a tourist would leave her to her own devices!

The Russian metro systems are breathtaking half of them have chandeliers and marble floors. But why should you care? You’ve assimilated into Russian culture, so for you, this is just another way to get from A to B. 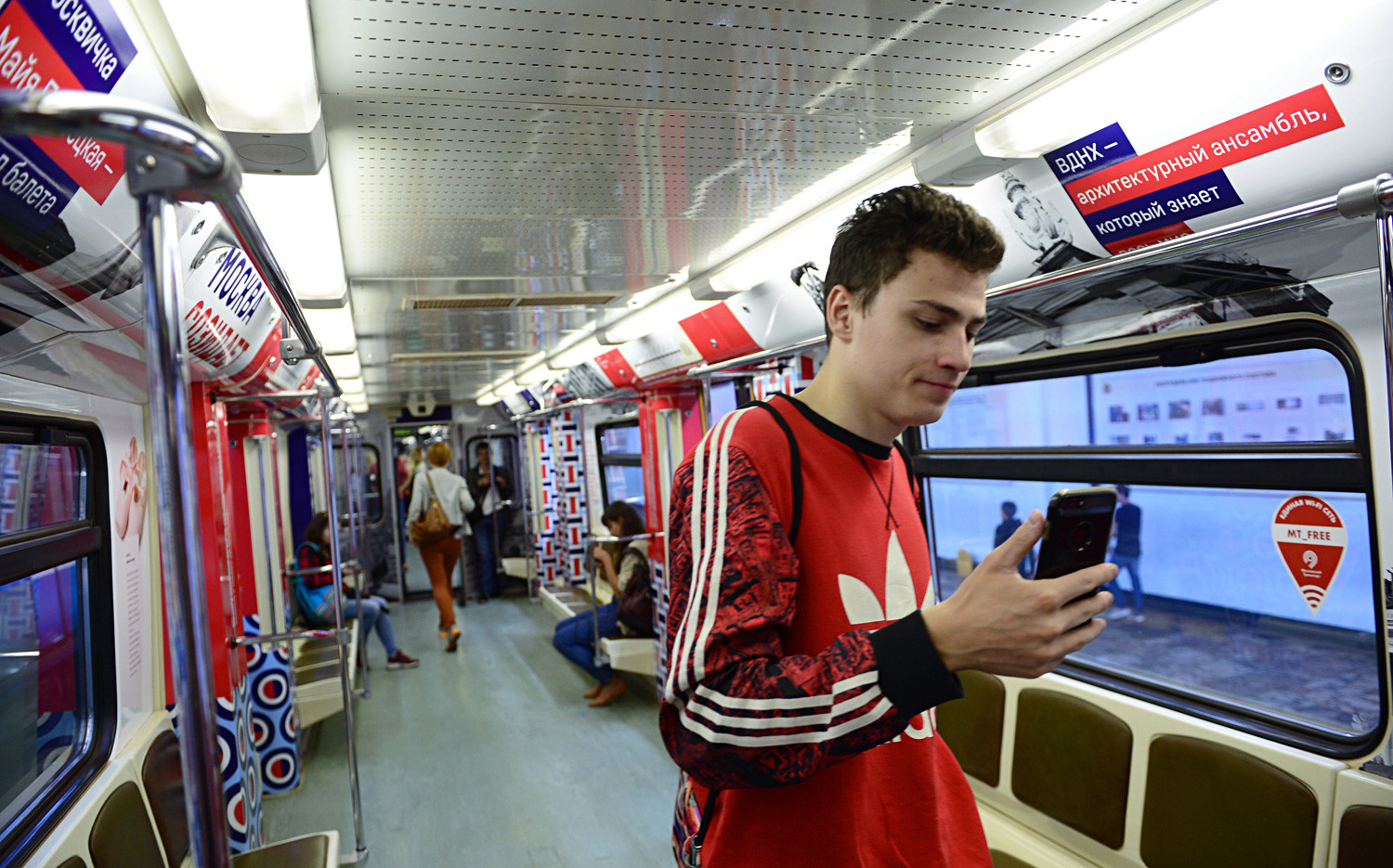 Passengers of the Moscow metro train

As a makeshift local, your appearance in the metro will be such: At the turnstiles, you won’t queue for tickets like some tourist, but rather swipe through effortlessly with your Troika card. On the escalators, you will slouch. In the station, you will not stop to admire its beauty because you don’t want to get in anyone’s way. And on the platform, you’ll push past anyone and everyone to get on that carriage. It’s time to get ruthless. Learn all the tricks of the trade here.

Getting lost is for amateurs. As a newly-accepted Russian, you know better than to stand round looking at a giant map or to get ripped off by shady taxi drivers, because you’ve already downloaded all the transport, cultural and map apps you need. 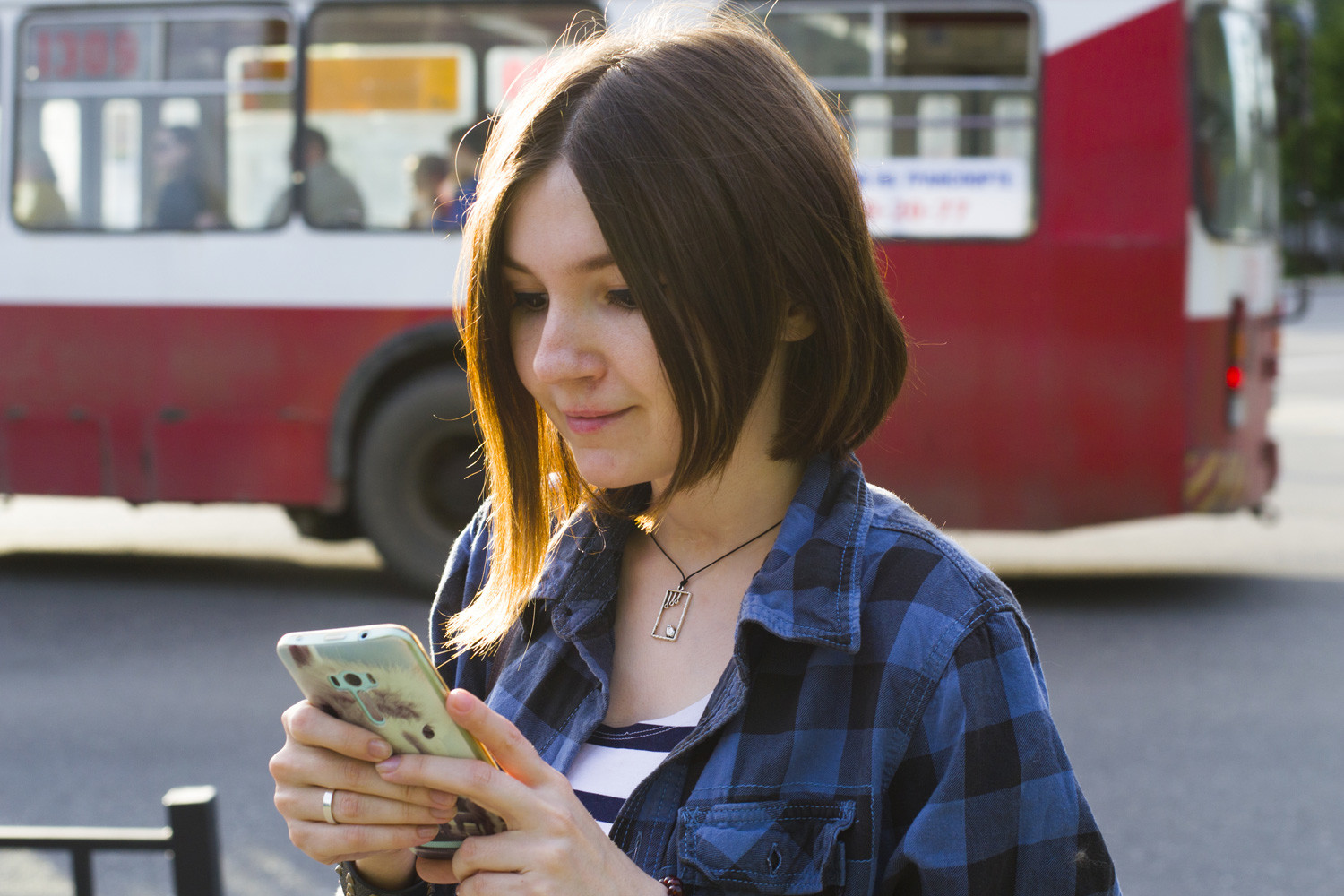 You might not be there to cheer on Russia, but why not make the “Sbornaya” your second World Cup team? Don’t worry if you know nothing about them or if you can’t pronounce “Diniyar Bilyaletdinov”, loads of Russian fans know nothing about their team too. Just show up on Russia’s match days at your nearest Fan Zone in some clothes that look vaguely like the Russian flag, and shout your newly-learned Russian footballing phrases at the big screen in unison with thousands of other fans. Also, decide in advance which type of fan you’re going to emulate with the help of our guide.