World Cup football bars: When you don’t have tickets but want to be part of the action 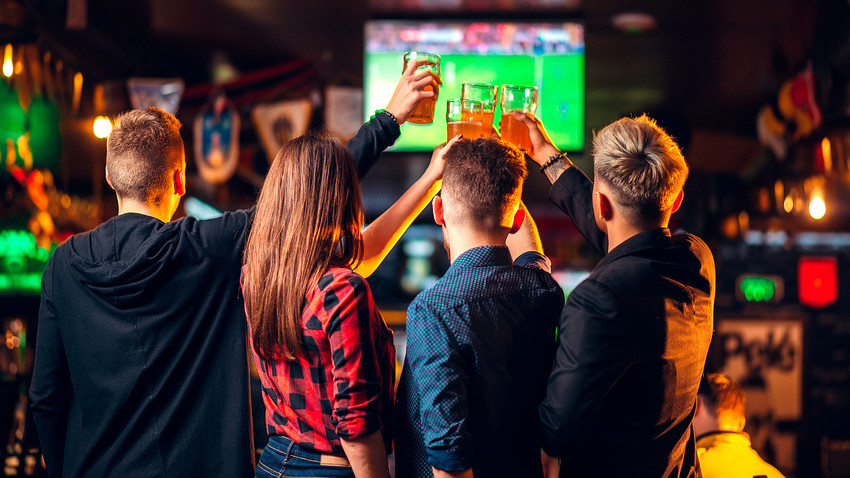 Legion Media
You don’t need tickets to experience the World Cup atmosphere in Russia – just grab a beer in one of these heaving host city bars.

Russia is expecting a million fans for the 2018 World Cup this summer. For those of you who aren’t going to matches in a stadium but still want to watch, Russia Beyond has you covered. Here are the liveliest places to grab a beer in every host city while cheering on your home country. 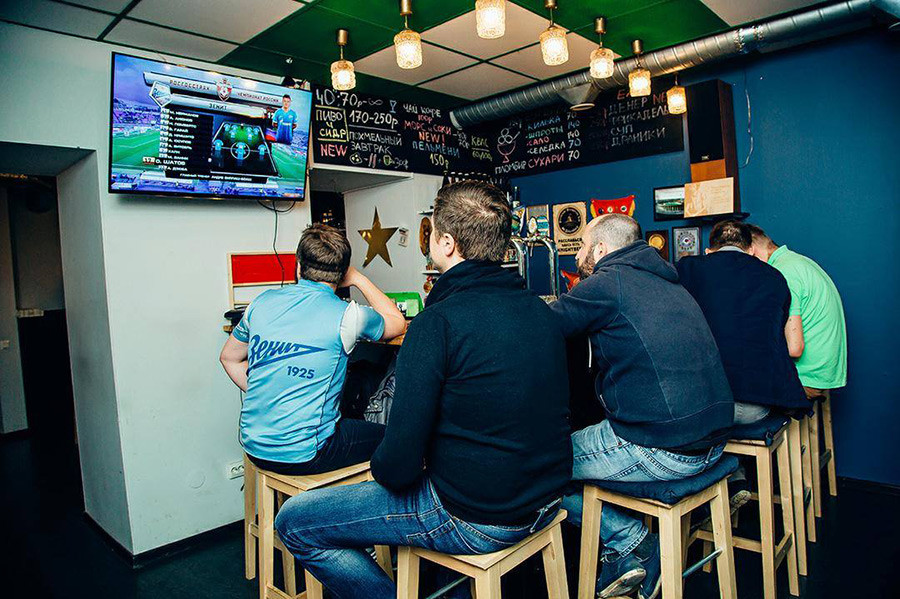 Going to this Soviet-style ryumochnaya is an authentic way to watch sports like a local. Conveniently located next to Petrovskiy Stadium, this small but sociable joint attracts football hipsters, Zenit fans and celebrity commentators alike, all of whom come here to thrash out their pre-match tactical analyses with massive paintings of Andrey Arshavin and Lev Yashin on the walls in the background.

Food-wise, O, Sport! is the very definition of “cheap and cheerful,” offering guests classic snacks like anchovy sandwiches, hot dogs with peas, and eggs with mayo. You can also choose from their wide selection of vodkas or grab a beer for just 150 rubles (€2). This place is very popular though, so don’t be surprised if you have to stand.

The name, which literally translates to “Dads’ League,” might be a bit weird, but rest assured—this joint lives for football. 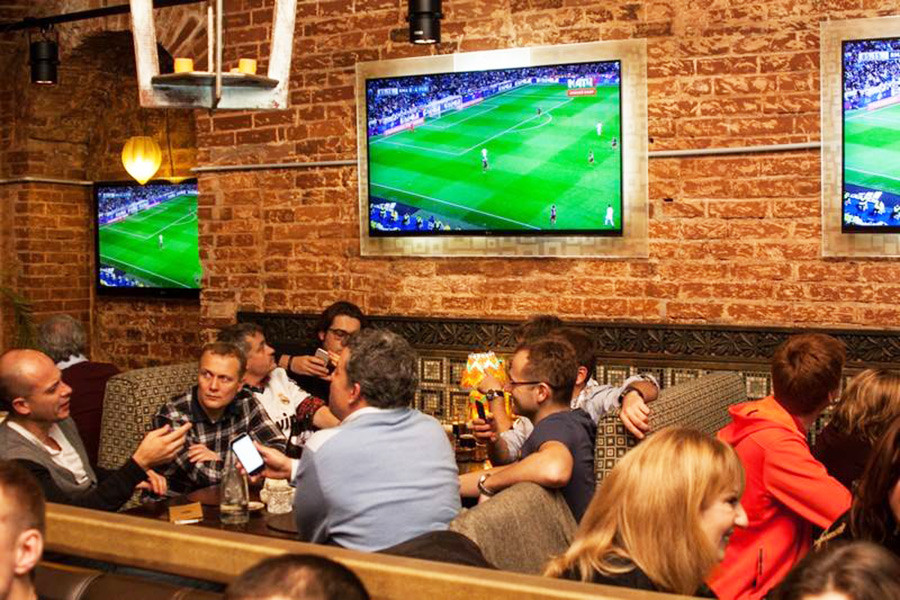 This 24/7 Moscow institution is a long time favorite among expats for its dedicated screening of even the most niche football games. It also boasts a unique layout that is set up like an arena, meaning that all attention is directed toward the match in front. With its life-sized football screenings and heaving crowds, Liga Pap is the closest you can get to actually being at the match.

Just make sure you book in advance because this place can get seriously busy for matches.

Alternatively, check out our definitive ranking of Moscow’s Irish pubs, all of which will be showing the World Cup 2018 matches.

This English-style pub is a legendary establishment among locals. Although it’s located outside of the city center, look no further than Kiberda if you want a packed, vibrant fan atmosphere. It’s known as the spot in Kaliningrad for boisterous fun and drunken frenzies.

Best of all, the pub has an apple orchard out front, where you can sit outside with a beer and soak in the Baltic summer breeze. Bliss! 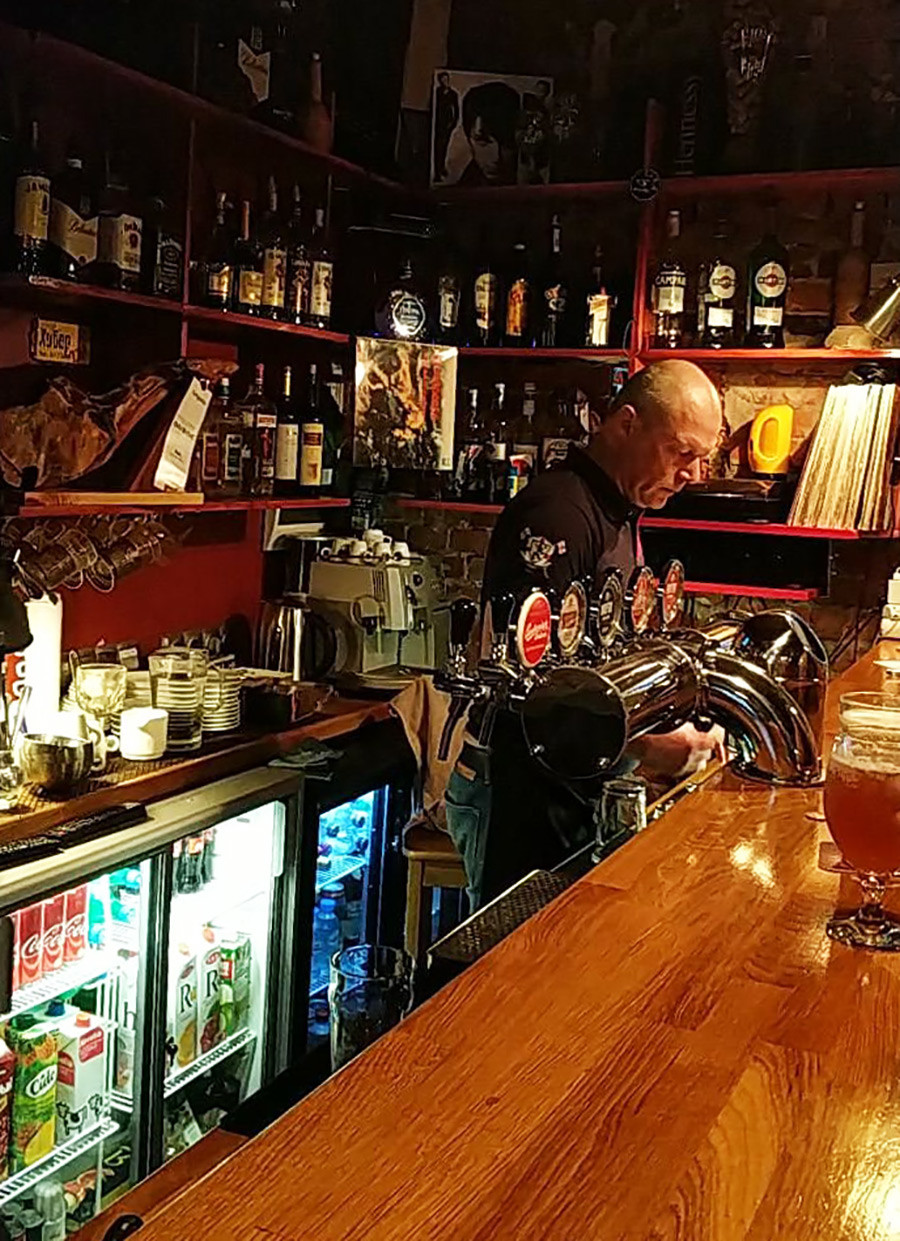 Come here with an open mind, and you might come to appreciate Liga in all its hilarity: This local community bar is ready-made for football, laid out with an AstroTurf floor and giant inflatable balls hanging from the ceiling. As the official fans’ bar for local outfit FK Mordovia, it has been decorated with cartoonish blue and red booths (the team’s colors) and an impressive collection of club memorabilia items. 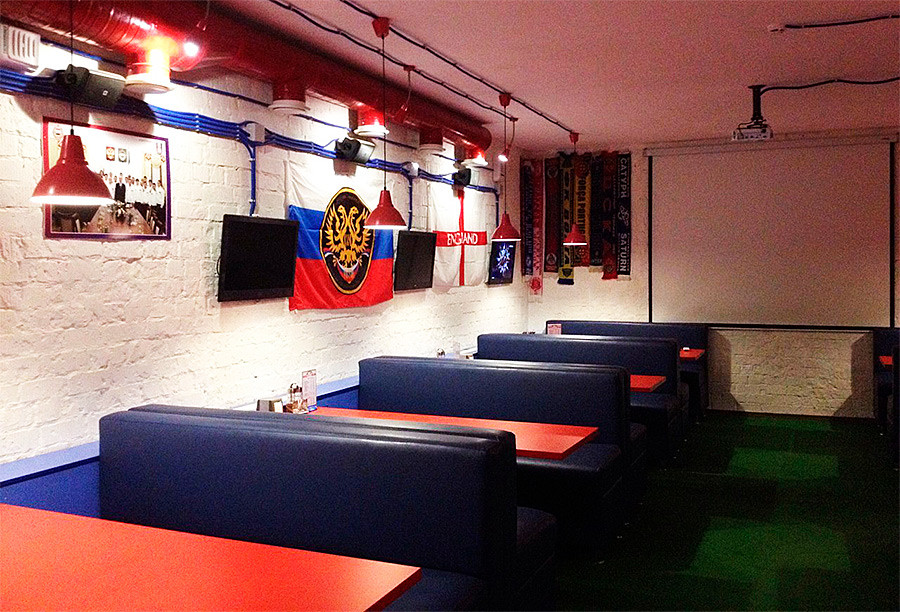 This is the perfect spot for diehard football fans who want to get a taste of what Russian football is like outside the World Cup. The atmosphere is always electric but welcoming at the same time–just bring your singing voice. 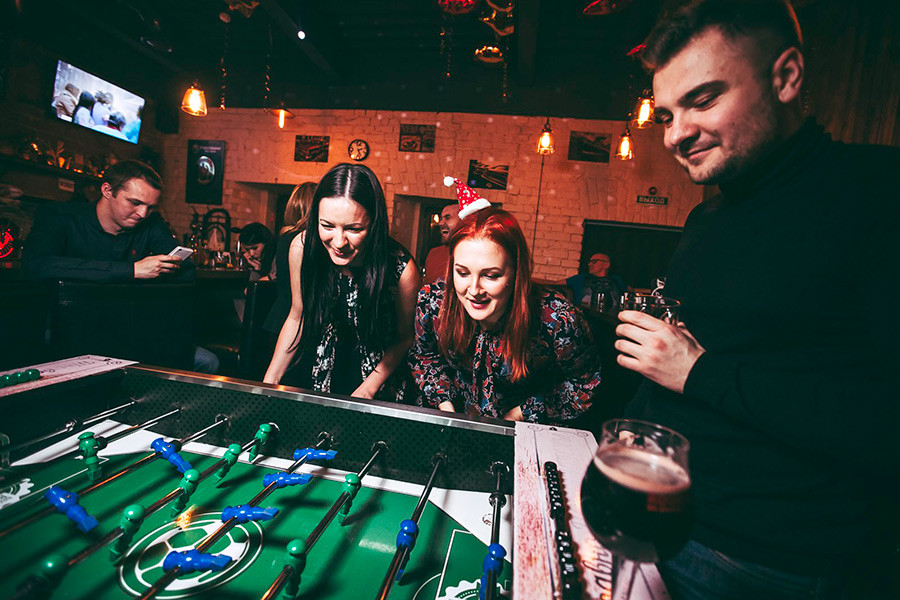 With its high ceilings, filament lamps, carefully-curated craft beer selection and screens in every room, this effortlessly cool gastropub treads the line between a hipster joint and a classic sports bar. As a result, Brown Bear has become by far the most popular bar in Kazan, with the city’s youth congregating there for quality steaks and burgers, games of foosball, and of course, live matches.

What’s more, the pub has a reputation as the city’s friendliest establishment, boasting an English-speaking staff to make tourists feel as welcome as possible there. 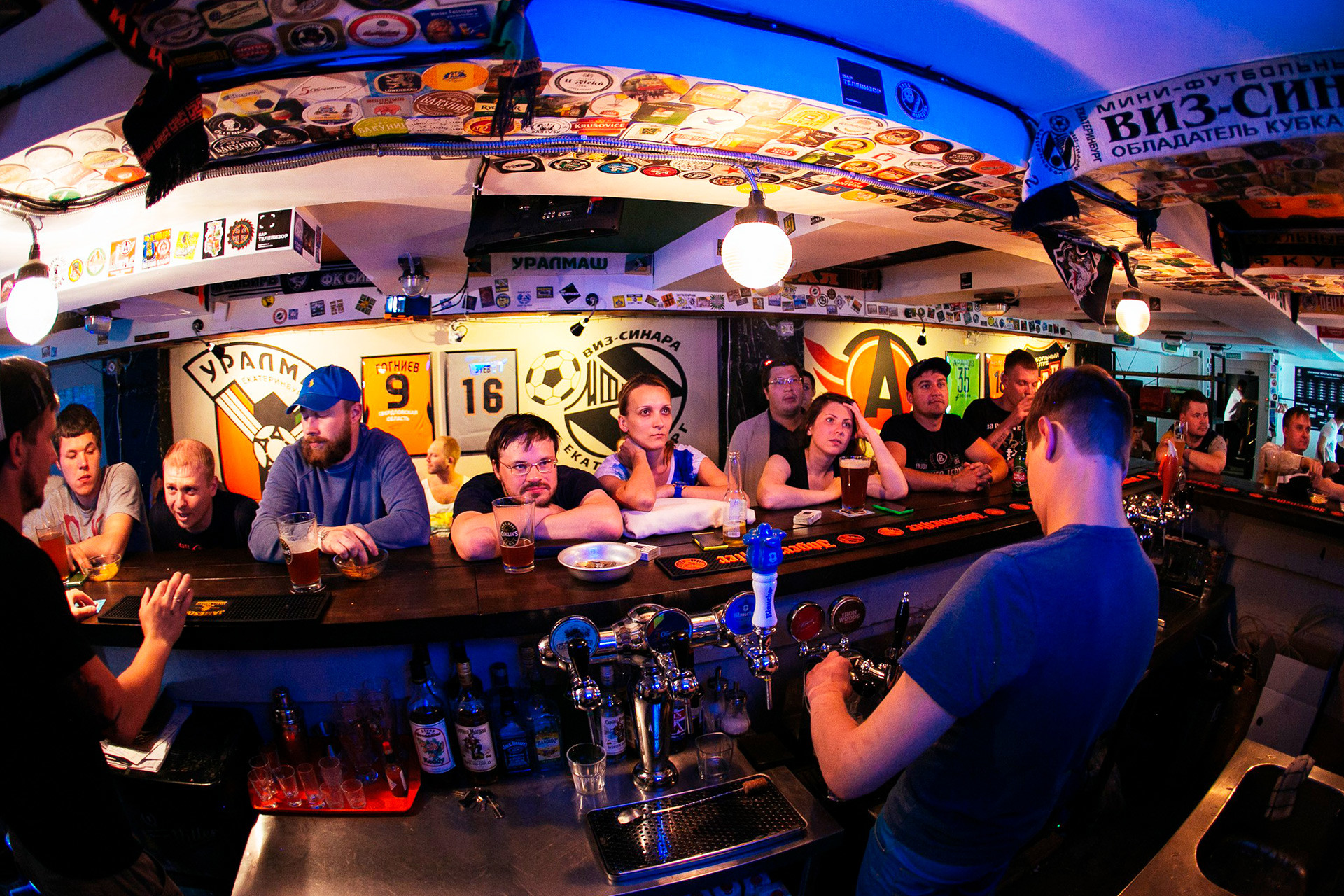 I challenge you to find a place that screams “football hipster” more than the Televizor Bar—this is, after all, an underground dive bar with an impressive array of local IPAs and graffiti drawings of Kevin de Bruyne on the wall. They take their football seriously in here, with the enormous screen that occupies one of its four walls and is the center of all attention. Fans of obscure teams might just find their scarf on the ceiling, too.

Televizor is a favorite among local fans and so it gets crazy on match days. Just come ready to stand, shout and talk tactics with the locals–but don’t expect any frills or fancy food. 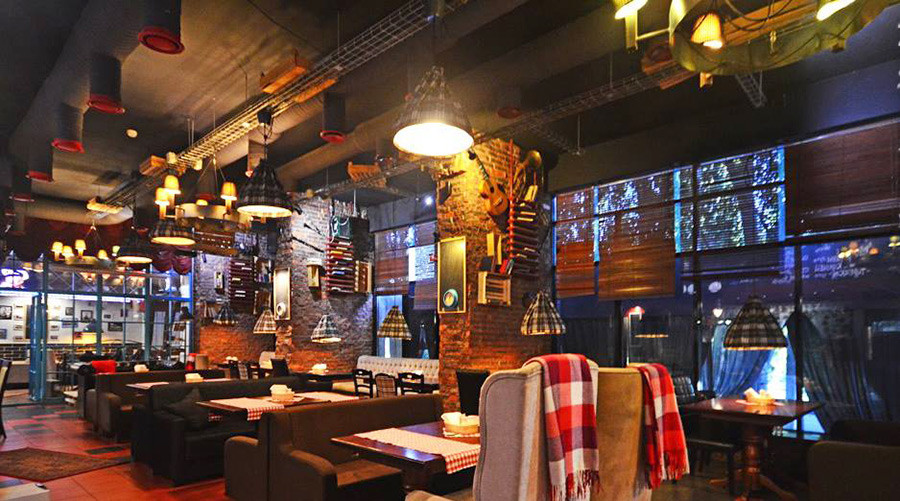 This quirky, modern, German-style beer hall is every local’s favorite after-work watering hole. The décor is one of a kind here, sporting bikes and balalaikas on its walls and cozy Chesterfield sofas for the clientele to relax on. It’s also a serious spot for beer, offering delicious homemade specialty amber beer from just 150 rubles (€2) per pint or 290 rubles (€3.80) per liter.

Its main attraction, however, is football, and it fills up pretty quickly on match days. An original place to watch a match, sociable Alkhovski is definitely worth trying as a change from your average sports bar.

This buzzing community pub treats its customers like locals, no matter where they’re from. Its welcoming atmosphere is also helped by its living room-like layout in which everyone sits on sofas pointed toward the big screen, encouraging them to watch and cheer on the match in unison. When packed with fans, this place gives the nearby stadium a run for its money. 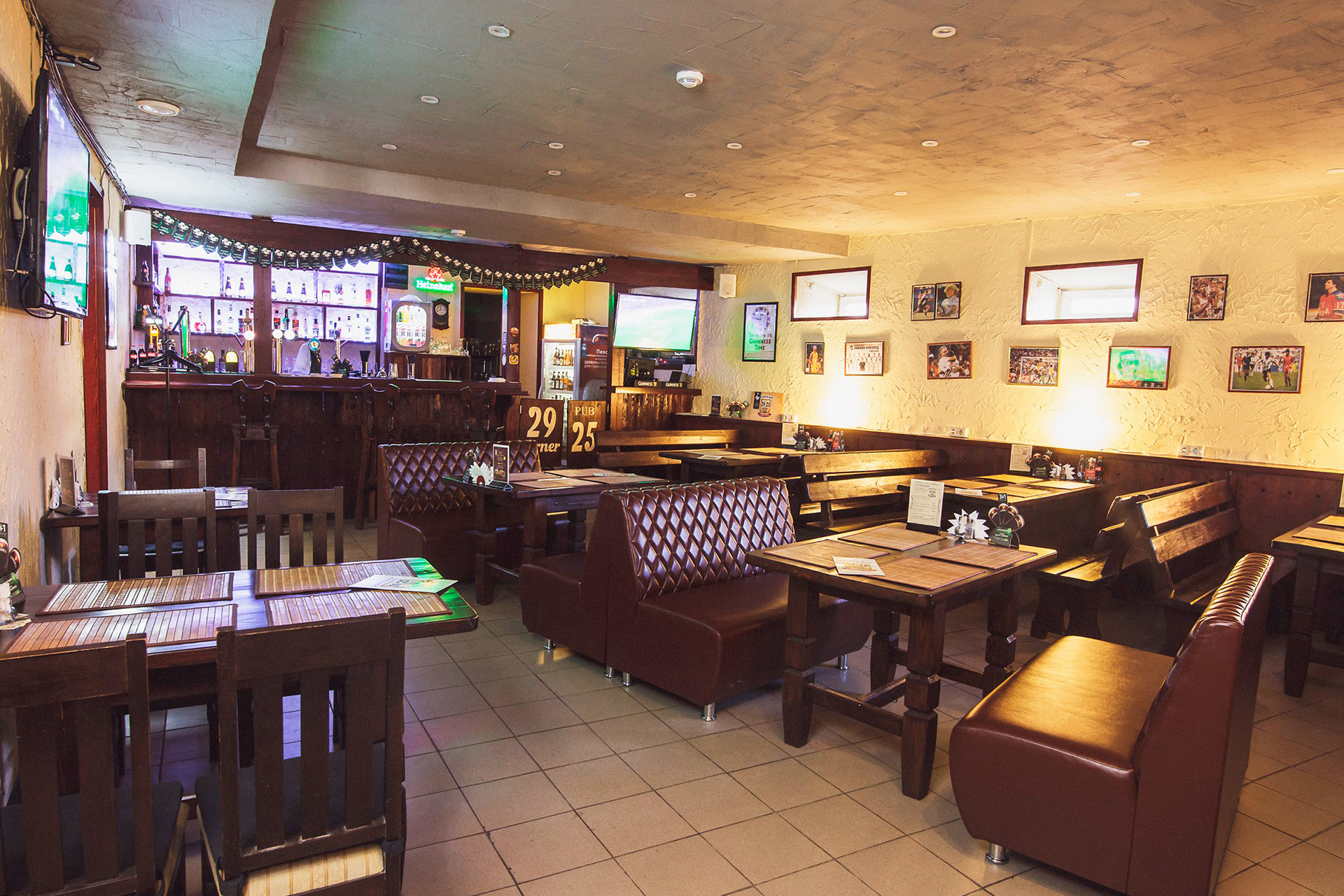 Although a purely sporting venue, the 29/25 Corner Pub boasts a surprisingly posh array of food—which, as added bonus, tends to keep the hooligans away. Its beer selection is fit even for connoisseurs and offers some of the finest brews from Ireland, Belgium and the Czech Republic. Cheers!

“Pinta” is Russian for “pint,” so this joint’s priorities are right out there in the open. 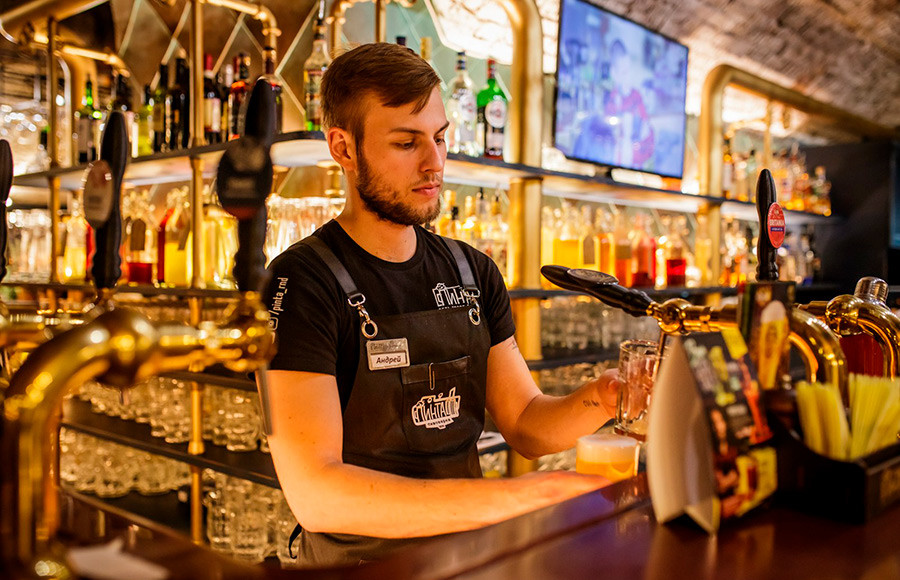 This set of unusual, stylish underground bars has some of the city’s biggest venues, all of which boast slick brick ceilings from which their enormous football TV screens hang. A longtime favorite after-work spot among locals, Pinta’s charm lies in its simplicity. Whether you’re here for one beer or ten, you’ll be made to feel equally welcome. It’s also seriously cheap–their home brews go for just 119 rubles (€1.60) a pint or 229 rubles (€3) a liter.

All Pinta branches become packed early on match days, partially due to the fact that you’re likely to spot famous commentators and ex-footballers knocking around there. Get there early. 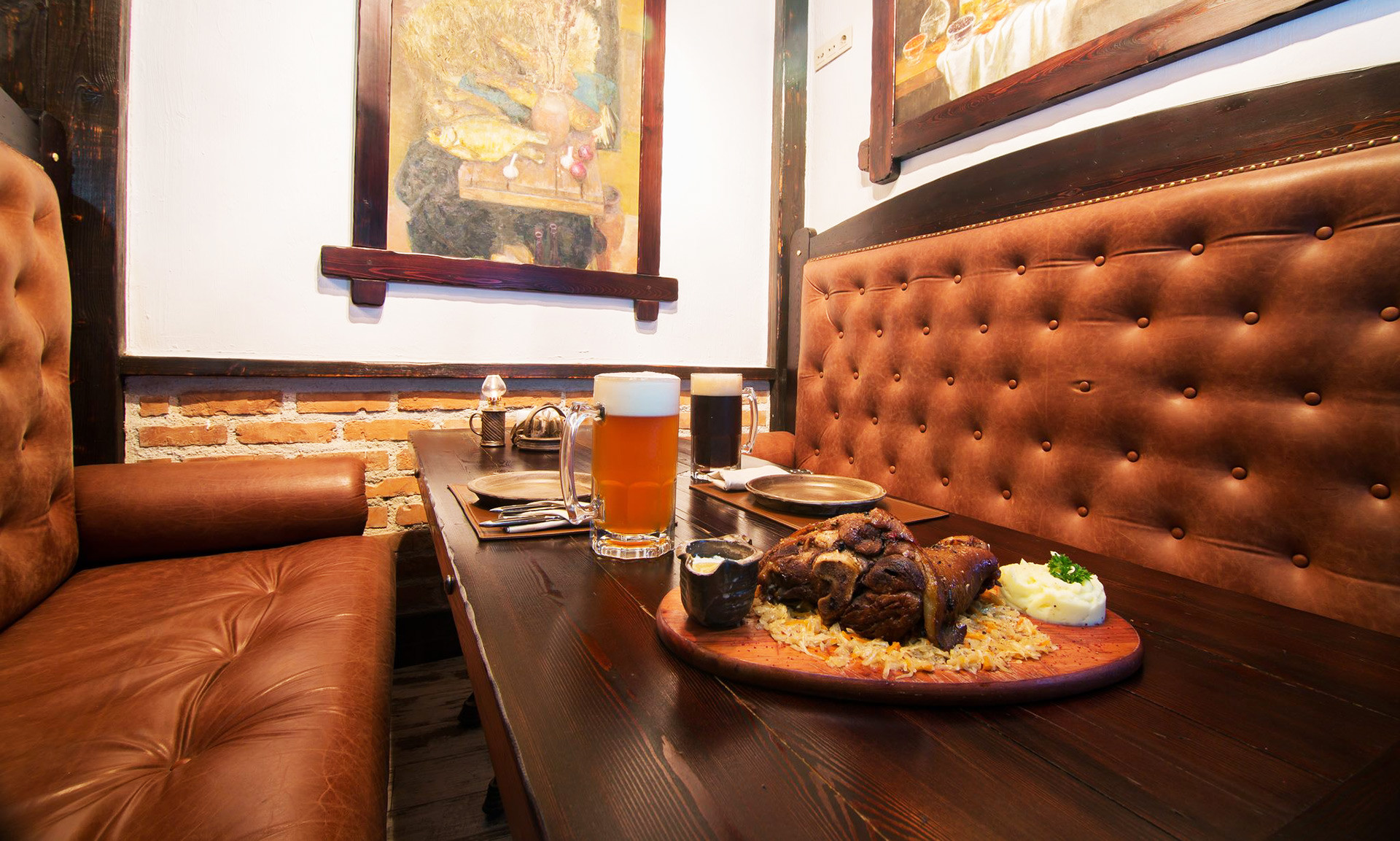 In a city best known for its winter sports, Fain Feld is something of a haven for football fans. This German-style bar has a relaxed, seaside vibe to it. Fans can sit outside on the bar’s terrace, nibble on mussels and tuna steaks while cheering on their team—all with a beachfront view.

This place also takes its beer seriously. Not only does it boast an impressive craft beer selection, it actually brews its own right in the middle of the bar. Pretty chic. 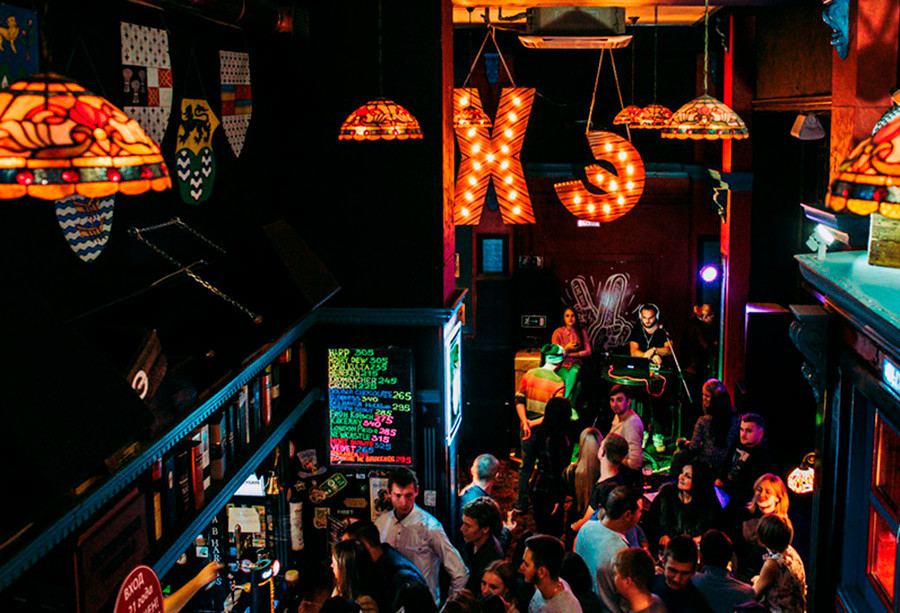 That’s right–Irish pubs have even made it to Samara. And what’s more, they’re pretty good. The height and narrowness of Harat’s, along with its painted wooden décor, gives it a genuine 1980s Dublin feel. The best of its kind in the city, Harat’s is always packed and particularly so during matches. It’s probably worth staying after the match for tabletop dancing, too.