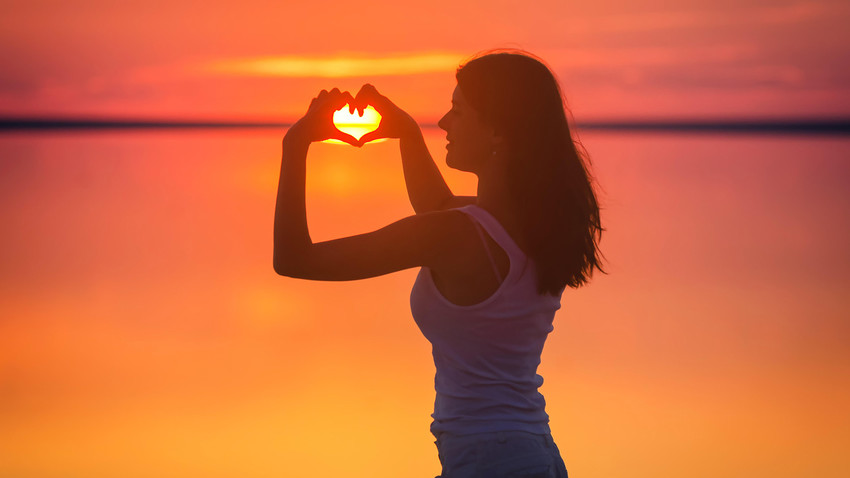 Legion Media
Volgograd, the city in southern Russian once known as Stalingrad, will welcome fans this summer as a 2018 World Cup host city. After the football is over and you’ve already seen Mamaev Kurgan and the World War II museums, these blissful excursions will bring you back to nature.

Volgograd will play host to four group stage matches during this summer’s 2018 World Cup: Tunisia vs. England on June 18, Nigeria vs. Iceland on June 22, Saudi Arabia vs. Egypt on June 25, and Japan vs. Poland on June 28.

While the city is best known for its military history during the Battle of Stalingrad, the surrounding region’s scorched meadows and glimmering creeks have recently made it a popular ecotourism destination. Here are some ideas for day trips that will help you make the most of the searing summer in southern Russia and leave you with spectacular memories to take home, regardless of who wins the football matches. 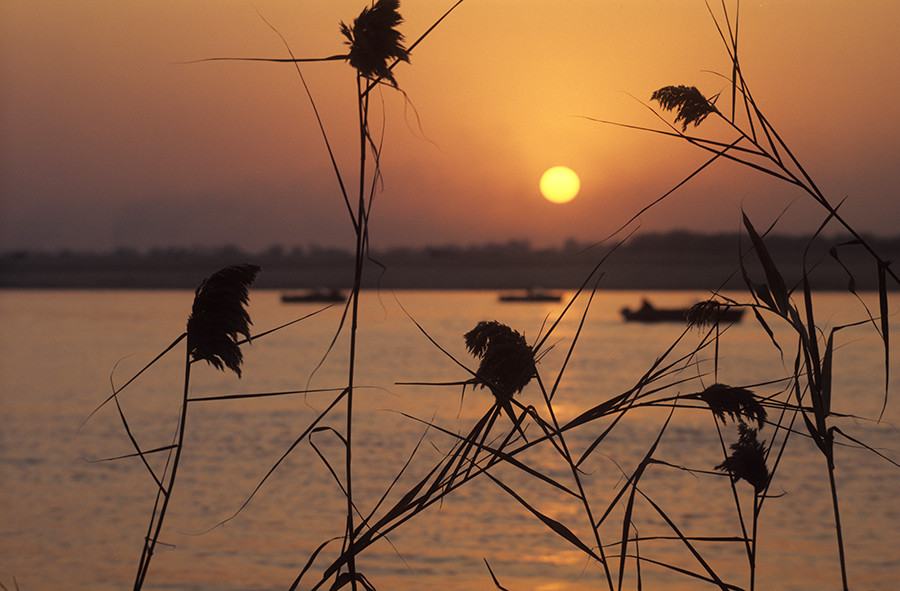 The Volga, Europe’s longest river and what gives Volgograd its name, offers some of Russia’s most breathtaking natural landscapes from the moment you leave the city limits. As the boat takes travelers down the vast stretch of water and the city’s urban scenery recedes into the distance, you’ll be met by forested islets, endless valleys and abandoned beaches. The Volga is best seen during the summer, when boat passengers can stand outside on the deck for a better view of the unforgettable sunsets behind the distant, sprawling canyons.

A cruise down the Volga is the most convenient way to see the region’s natural beauty. If you want, you can sail for just an hour, but many visitors and locals choose to spend an entire evening basking in the river’s sun-soaked glory. For those feeling a little more adventurous, the Volga’s banks can also be reached on motorbike or speedboat, which have the advantage of allowing you to set up a barbecue or camp out by the river. The virtually untouched Sarpinsky Island, visible from Volgograd’s city center, is the most popular place for this.

Volga tour boats are usually docked near the city center and are easily accessible from the downtown area.

Lined up beside the Kazakh border, Russia’s answer to the Dead Sea is quite a trek from Volgograd but well worth the effort.

Lake Elton is Europe’s largest saltwater lake and is bursting with unique crystalline formations and salty air. These are rumored to have a variety of health benefits, which has led to a series of spas opening up around the lake. The salt has also made this shallow basin one of Russia’s most visually spectacular natural wonders, boasting a unique purplish red color that glimmers like gold in the afternoon sun and allegedly emits a remarkable raspberry-like smell. 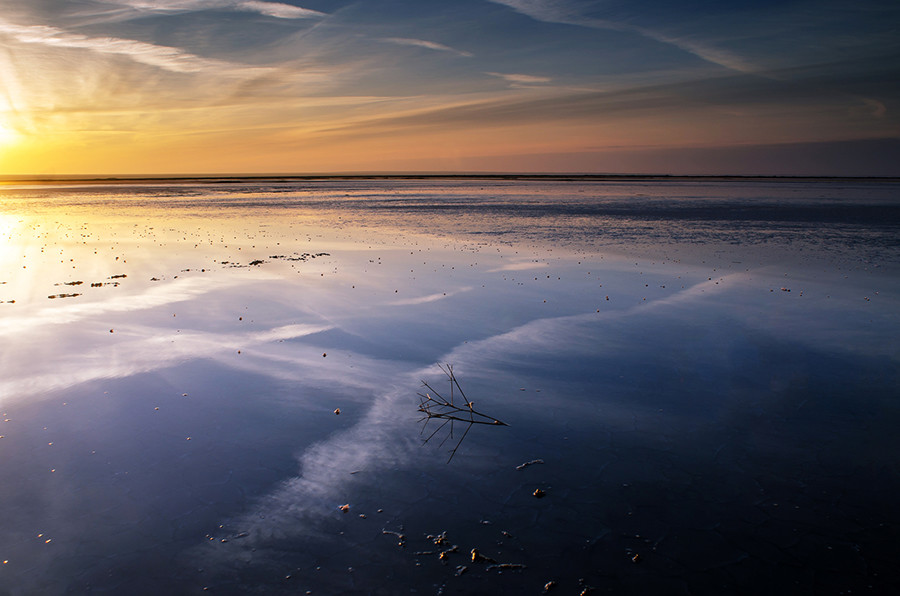 Anomalous, isolated, and otherworldly, Lake Elton is a pearl-bound oasis on the Volga steppe, that makes for an entirely different experience than the more uncut, fertile area around the Volga River. Amidst the sweltering heat of southern Russia, Lake Elton has an average summertime depth of just 10 cm, leaving endless, diverse plains of salt-lined ravines, shallow beaches and marshes around the lake and nearby Elton Natural Park. If you’re looking for a trip this summer, this saltwater pilgrimage might just be it.

While Lake Elton is a secluded wonder, the downside is that it is poorly connected to the outside world and the quickest route there requires a lengthy (if picturesque) detour. The trip from Volgograd takes about five hours by car, so you might consider spending the night in the nearby spa town of Elton. Daily buses to Elton are also available from the Volgograd train station for 400 rubles (€5.30) per person.

Across the waterfront from Volgograd’s city center, you will find long stretches of sunbaked wilderness that flank the Akhtuba River—a tranquil, narrow tributary of the Volga. This vibrant and meadow-filled natural park is the most popular weekend getaway among locals and the perfect spot for a one-day picnic road trip that spoils visitors for choice with its variety of lakes, flood lands, oak groves and bird sanctuaries. 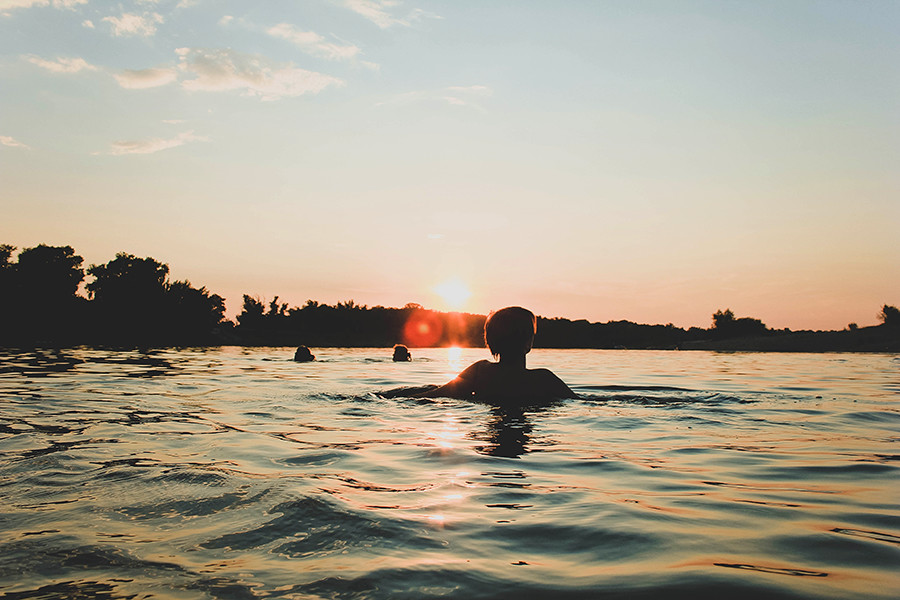 As you travel down the banks of the Akhtuba, you’ll also come across an array of charming oddities. For example, there’s Lotus Lake near the village of Krasny Buskir, which in its previous life was an unremarkable body of water until the summer of 2007, when, out of nowhere and for reasons unexplained, thousands of pink lotuses blossomed and transformed the lake into an idyllic refuge for a summer’s afternoon. If you travel a bit further along the river, you might also come across the curious settlement of Tsarev (75 km from Volgograd), a remote meteorite locality that in 1922 bore witness to Russia’s biggest-ever meteor shower—called the “Fiery Dragon”—and still frequently receives irradiating meteor downpours in the summertime.

The best way to see the nature park is by car, which will get you well inside the reserve in less than an hour. Alternatively, bus № 146, which departs 12 times a day from Volgograd’s Central Bus Station, goes through the heart of the park for just 70 rubles (€0.90) per person.