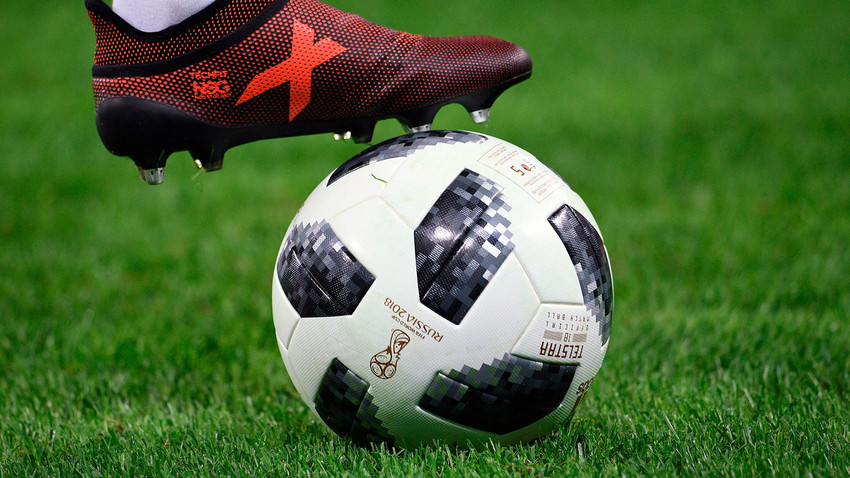 Vladimir Astapkovich/Sputnik
If you have a ticket to a match this summer read up on these - they’ll help you blend in and sound like a real football expert.

Russia welcomes you to the FIFA World Cup™ this summer. If you want to understand football fans in the country try to learn these words.

How to call fans
1. Bolelschik [болельщик] – this is the Russian term for a football fan. Or you can call him fanat [фанат] – the same meaning. These two words can be used without fear of causing offense. But you probably won’t hear such words among the fans, they are more likely to call each other aktsionery [акционеры] – “shareholders.”

3. If a fan is young other people may call him fantomas [фантомас]. But if he is experienced, he’s called starik [старик] – a senior man.

Who’s who on a football field 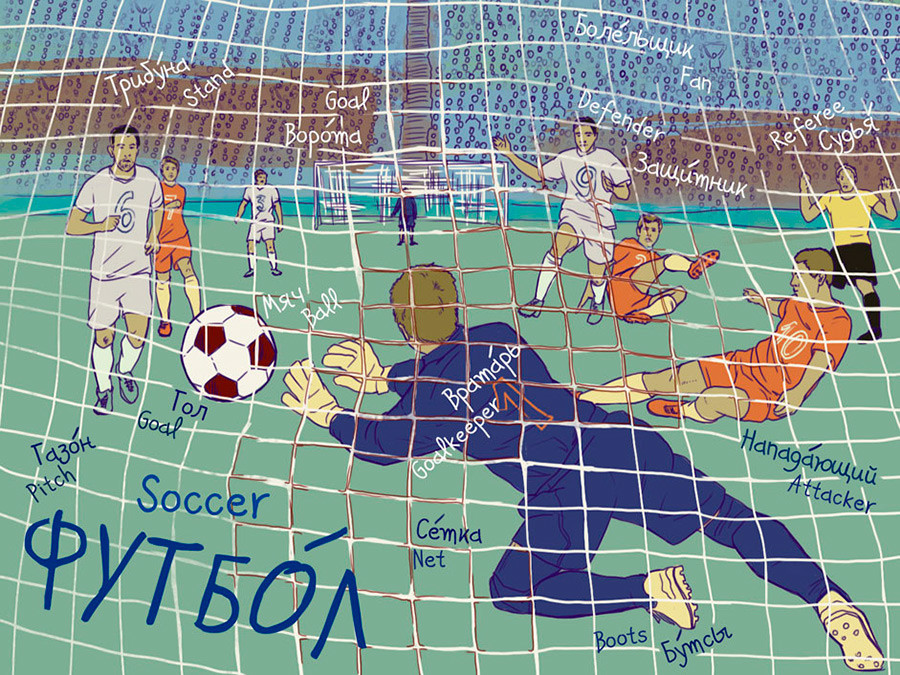 6. Zaschitnik [защитник] – defender (centreback, sweeper, fullback, and wingback – they all are called the same name).

11. Gde stadion? [где находится стадион] – Where is the stadium?

16. Match [матч] is an international word, in Russian it reads like in English. The World Cup is also called mundial [мундиаль].

17. Vata [вата] – literally “cotton.” This is how fans call a match without any scoring chances, especially when it ends in a draw without any goals.

18. Sukhar [сухарь] – “rusk.” A match in which one goalkeeper saves all shots on target, while his opposite man fails to save any shots - so the match ends up a very affairs.  If the goalkeeper saves a penalty, it's a s [сухарь с изюмом] – “a rusk with raisins.”

19. Gol v [гол в раздевалку] – “locker room goal.’ A goal scored in the last minutes of the first half.

20. Babochka [бабочка] – “butterfly.” An unsuccessful jump by the goalkeeper while waving his hands in an attempt to catch the ball.

21. Gorchichnik [горчичник] – “mustard plaster.” This is what fans call a yellow card.

23. Podval [подвал] – “basement.” The lower end of the tournament table. Indeed, the high top of the table is called [чердак] – .

Should you fear aggressive Russian football fans at the 2018 World Cup™? Read the answer here>>>