7 books you must read before visiting Russia 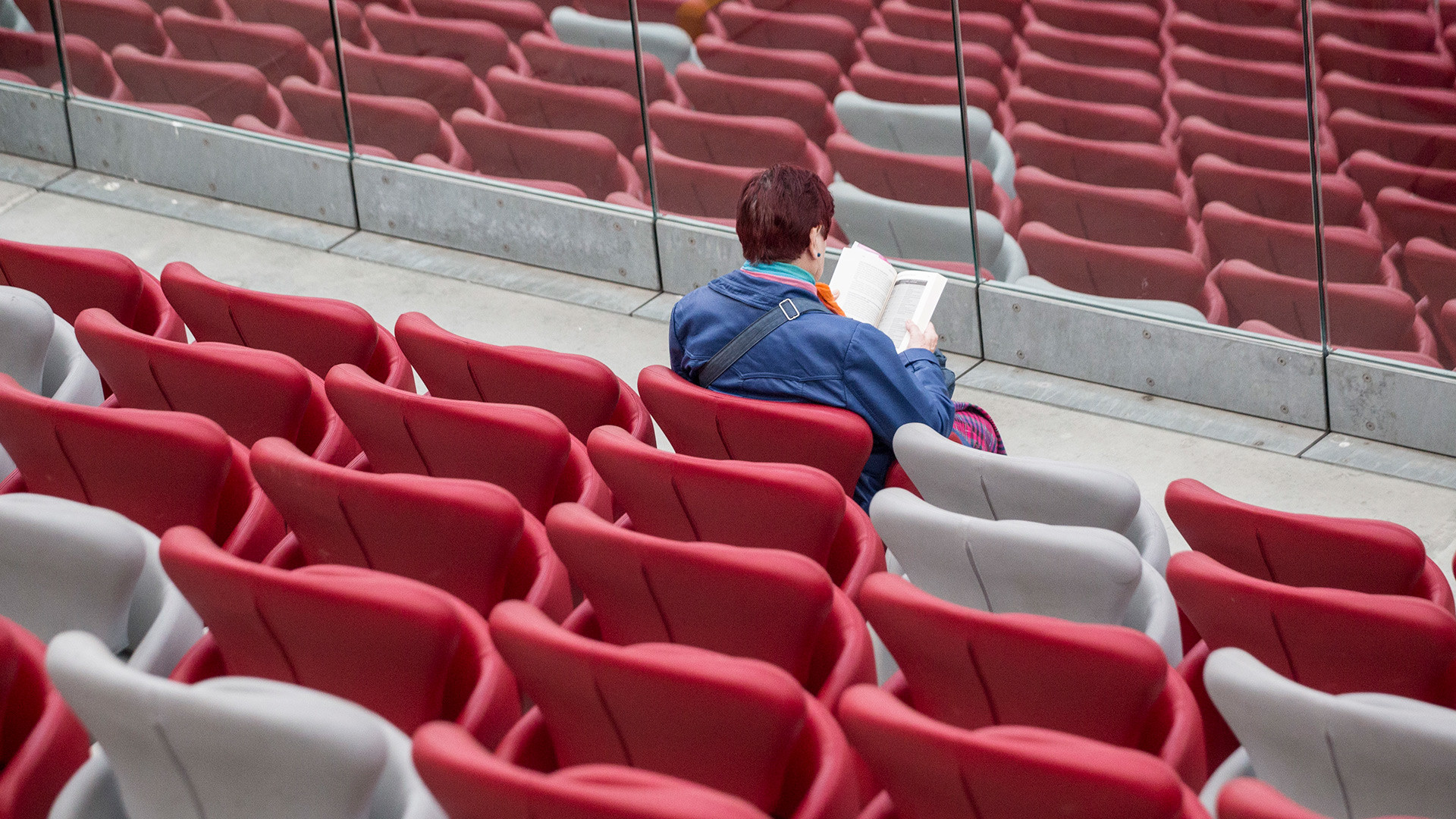 Getty Images
Girls, frauds and the mysterious Russian soul – if you’ve had trouble finishing 'War and Peace,' here are some short books to read before coming to Russia. 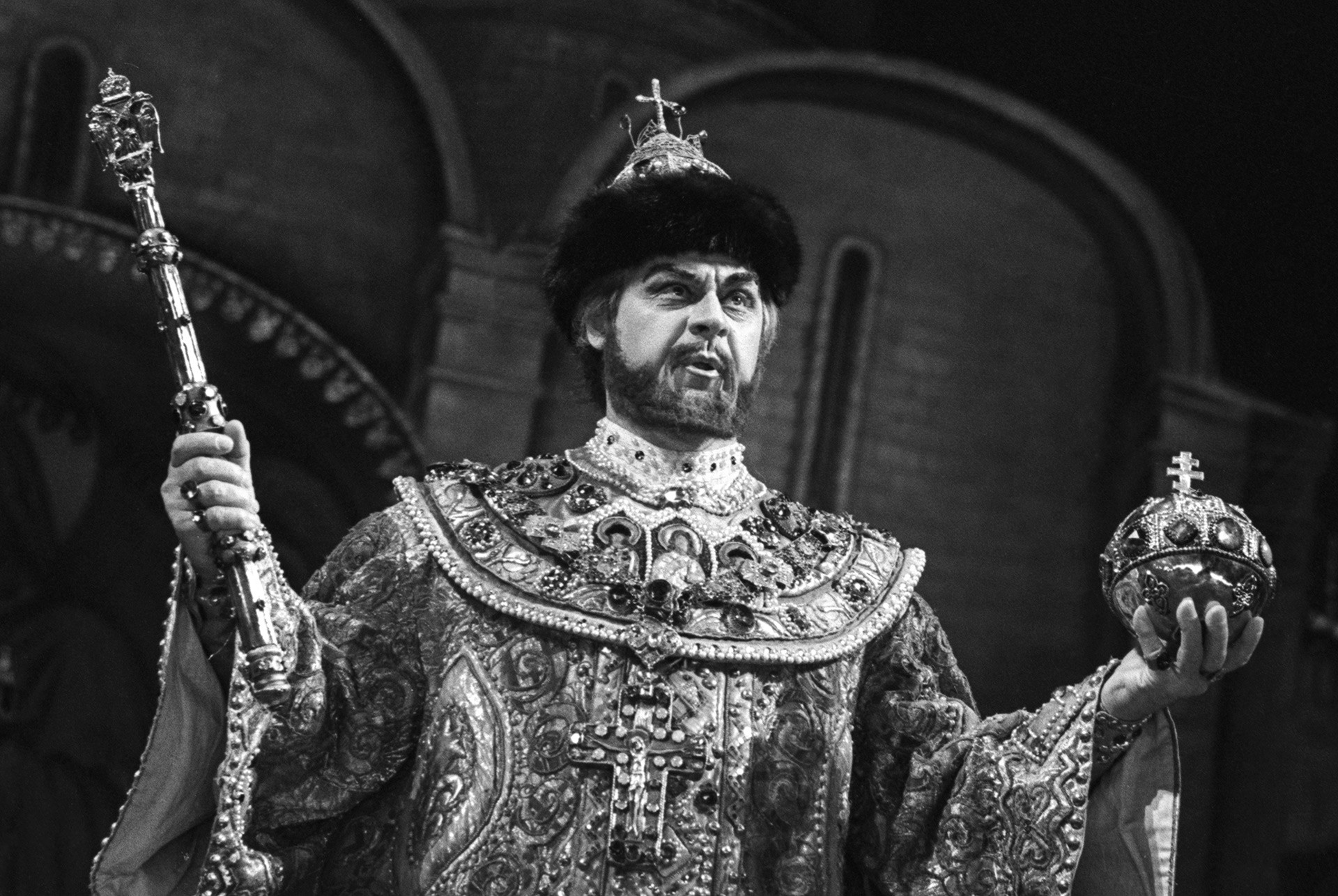 Just coming to Moscow and wondering about the first place to visit. That’ll be Red Square for sure! Surrounded by luxury shops, restaurants and crowds of tourists you won't believe that four centuries ago this square was a place of both public executions and disputes.

For example, after the untimely death of Ivan the Terrible's last son, it was not clear who would rule the country. And so, Boris Godunov was chosen by unruly crowds on Red Square.

In his drama in verse, the brilliant poet Alexander Pushkin popularized the historical plot of how the Time of Troubles came to Russia, and what Godunov felt at the moment when he was blamed for the death of Ivan the Terrible's son, successor to the throne, and whose place he took.

2. Mikhail Bulgakov - The Master and Margarita 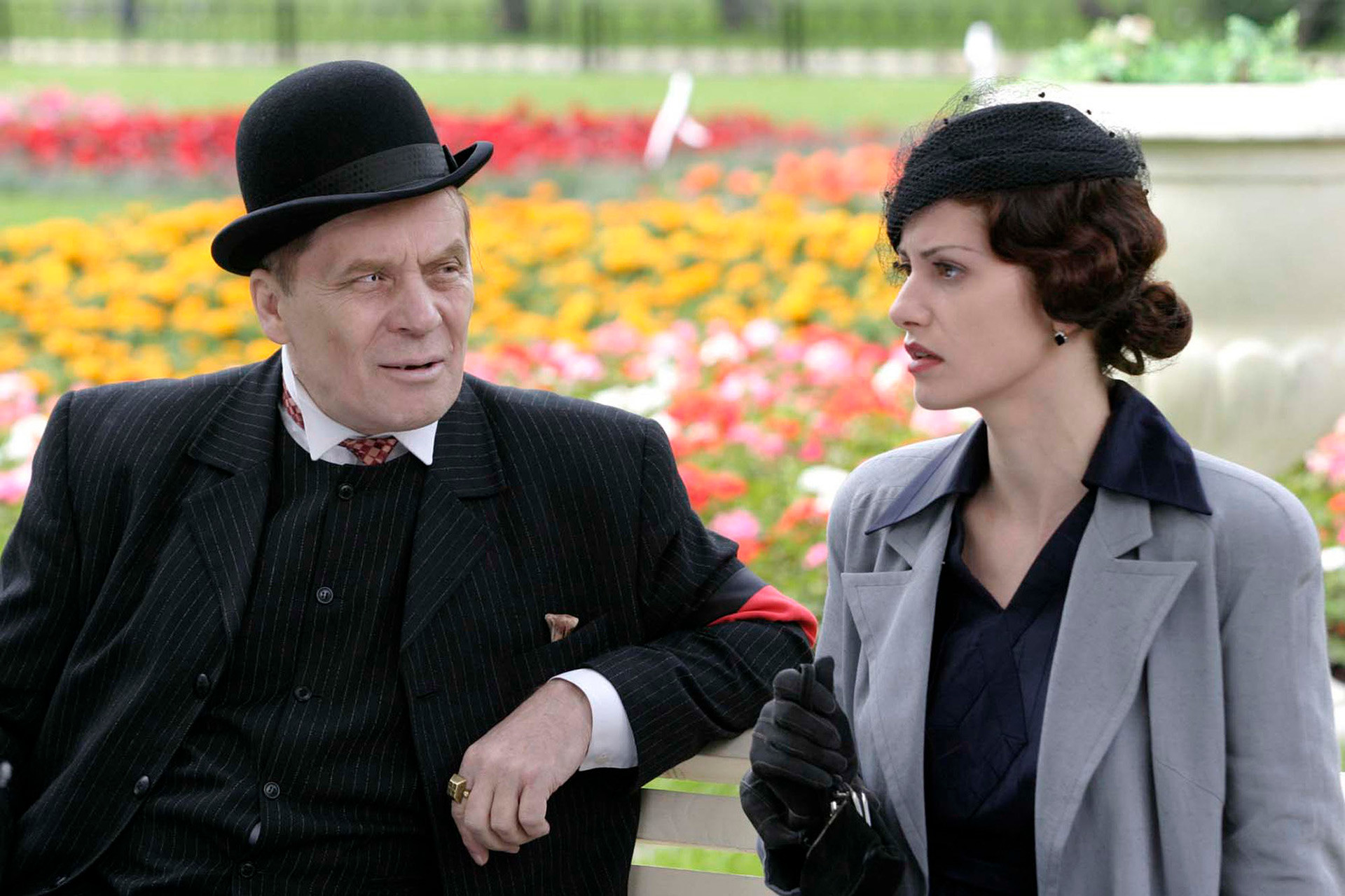 Screenshot from 'The Master and Margarita' series

This one of Muscovites most favorite novels, so if you’d like to impress the locals, surprise them by knowing the plot. Take a stroll to Patriarch’s Ponds, a popular trendy place with lots of bars, and which is the place where the novel begins. You will even see a street sign that says, "Don't talk to foreigners," but don't be offended - it's not meant for you.

Satan, pretending to be a foreign diplomat, visits Moscow and confounds people by fooling them with his magic. At the same time, he signs a contract with a beautiful woman and makes her host of his devil’s ball.

The very interesting book will teach you how not to be snookered, how to identify dark forces, and even tell you a few things about Jesus Christ. 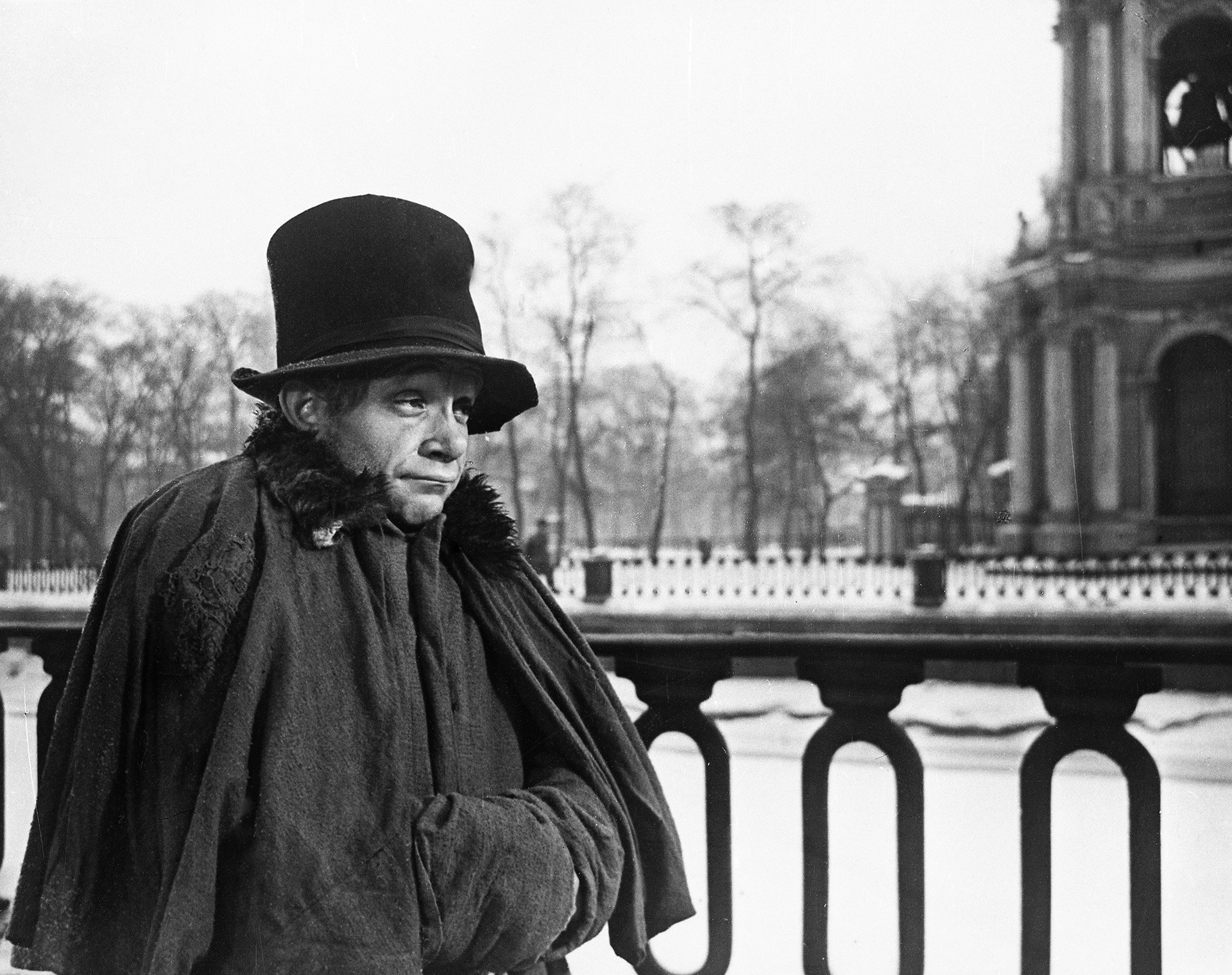 Actor Rolan Bykov as Akaky Bashmachkin in 'The Overcoat' movie, 1959

St. Petersburg was Russia's capital for two centuries, many leading writers lived here and created their best stories based on the grey urban landscape. Remember gloomy Dostoyevsky? He was one of those.

Nikolai Gogol won't lead you to Dostoyevsky's depression. Read Nevsky Prospect, a story depicting characters that you might meet on the city's main street. Yes, Gogol wrote in the 19th century, but we are sure you’ll also see some of those types and faces today.

The Overcoat tells the story of a poor state worker, a typical Petersburg person whose main treasure, a new coat, was stolen. Don't forget to laugh with the phantasmagoric Nose (and meet a monument to the nose at 36 Voznesensky Prospect), and you’ll feel a little horror with the story, Portrait; (compare it with Oscar Wilde's The Picture of Dorian Gray, which was written long after Gogol). 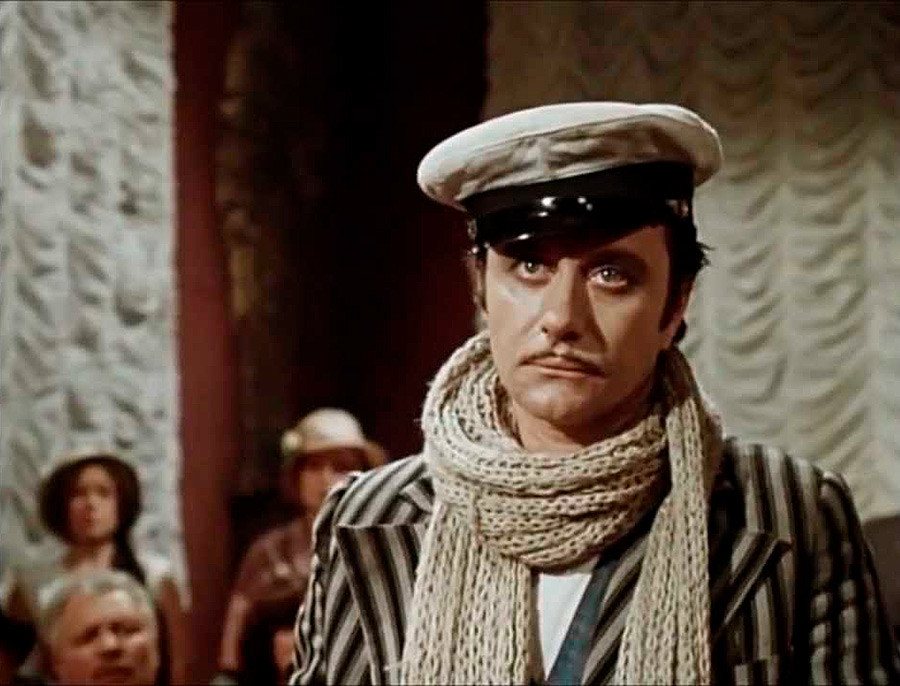 These coauthors will make you laugh no matter what book you read. They have a funny short story called Football fans, which depicts Soviet people’s love for the game, and how the youngest to the oldest (and even Communist Party officials) forget what they’re doing in order to go see a football game.

The Twelve Chairs is probably their most famous book, about two frauds traveling across Russia looking for chairs that are said to have diamonds hidden inside. If you don’t have time to read, at least watch the Soviet movie the same name! 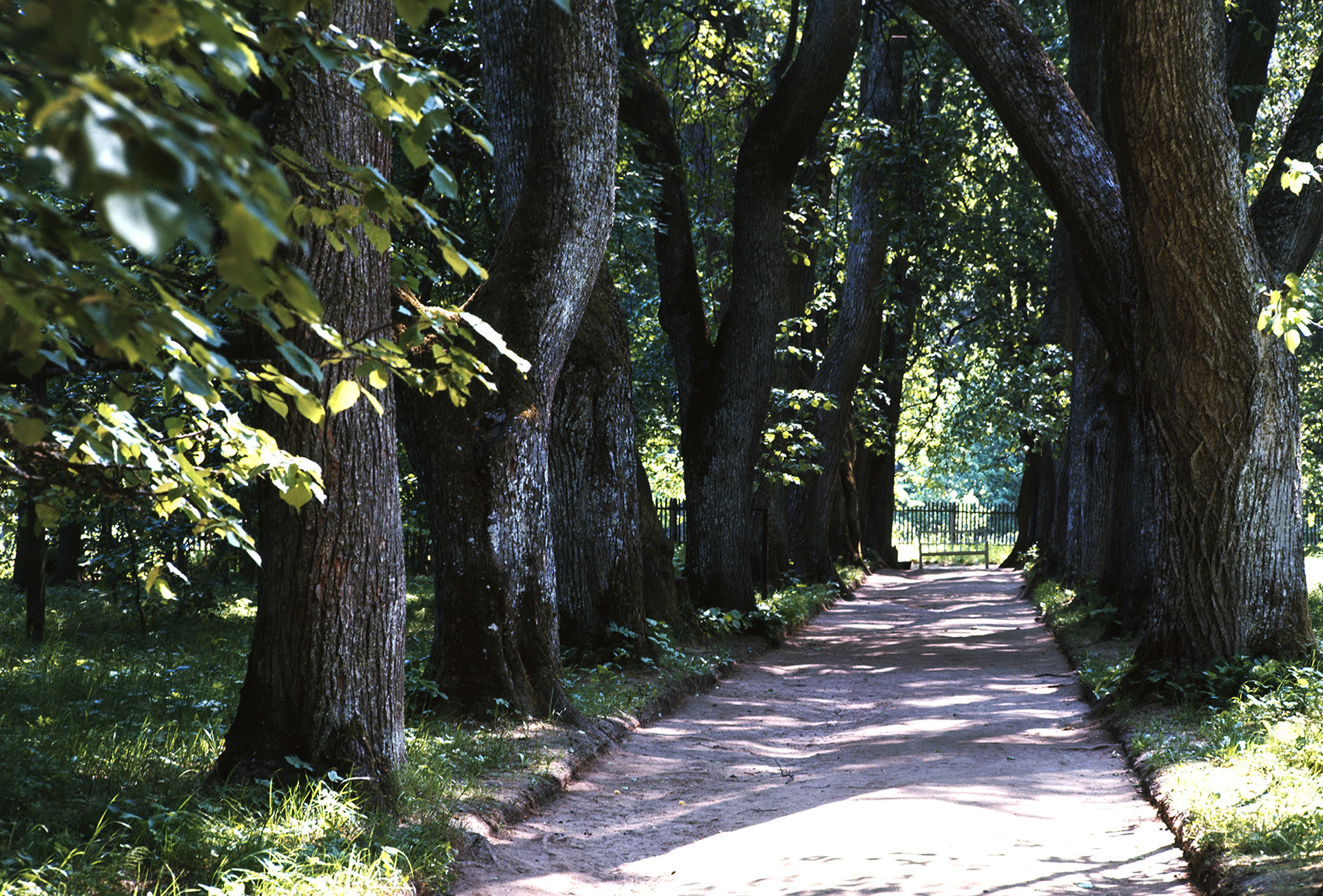 You can choose the stories to read from the collection, but for sure don't miss The Clean Monday where a woman and a man have a passionate and silent love affair, but then she disappears and he finds her only after several years, though already very much unattainable... Caucasus, Dark Avenues, a short story that gave the title to this collection, is also worth your attention. And there is Light breathing, a story not included in the collection, but which is extremely touching and shows what a Russian woman is ready to do for love. 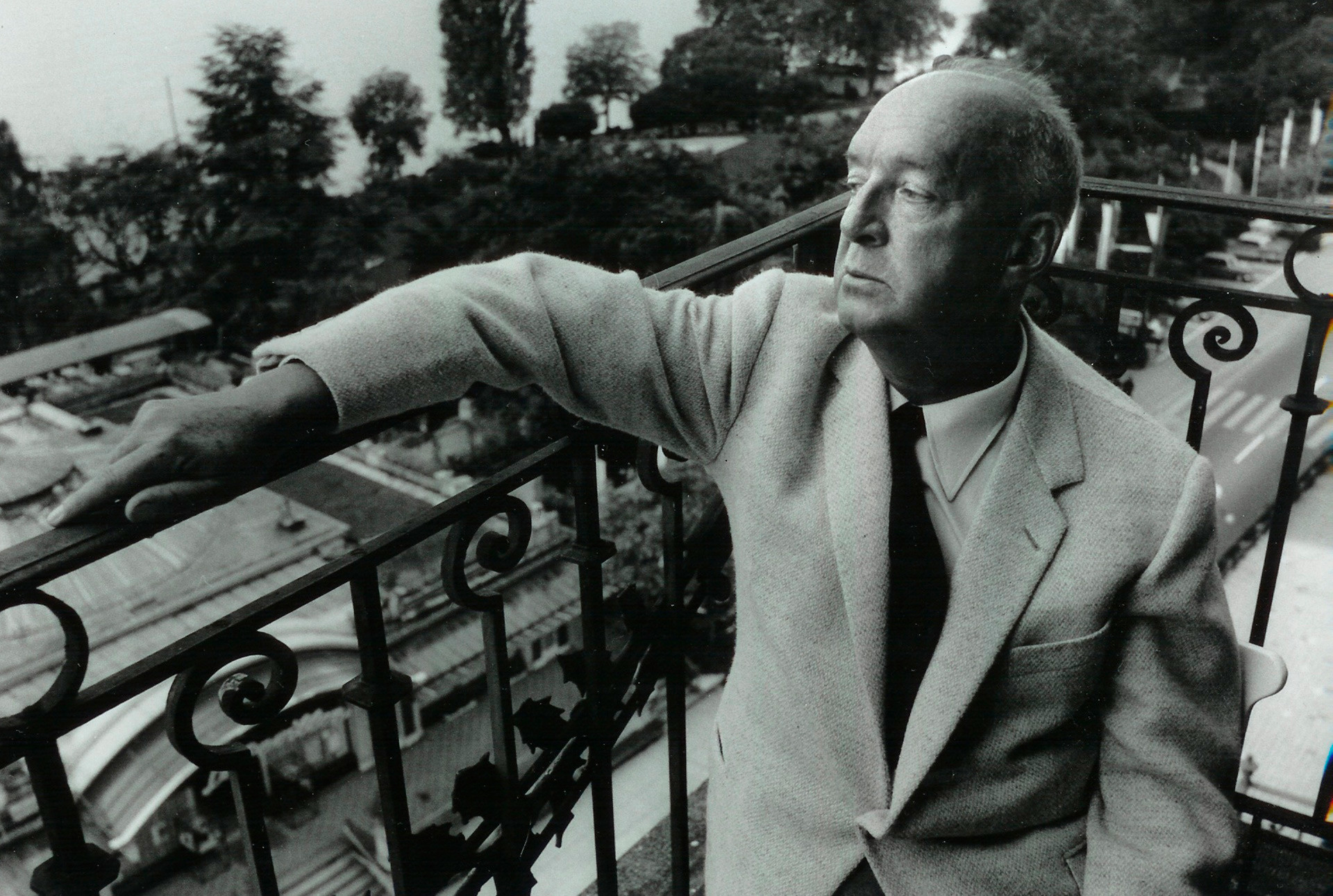 This is the autobiography of the author of Lolita, who was one of the most intelligent Russian writers. He wrote the book in English during his time living in the U.S. This book will make you aware of how people’s lives changed during the turbulent times of Revolution and Civil and will show how an ordinary nobleman was brought up and educated.

By the way, Nabokov was one of those rare Russian writers who played football and loved it. He started in Russia, then kept on playing in college in England, trying all positions but was especially excited about goalkeeping. Here’s what he writes in this book:

"Aloof, solitary, impassive, the crack goalie is followed in the streets by entranced small boys. He vies with the matador and the flying ace as an object of thrilled adulation. His sweater, his peaked cap, his knee guards, the gloves protruding from the hip pocket of his shorts, set him apart from the rest of the team. He is the lone eagle, the man of mystery, the last defender." 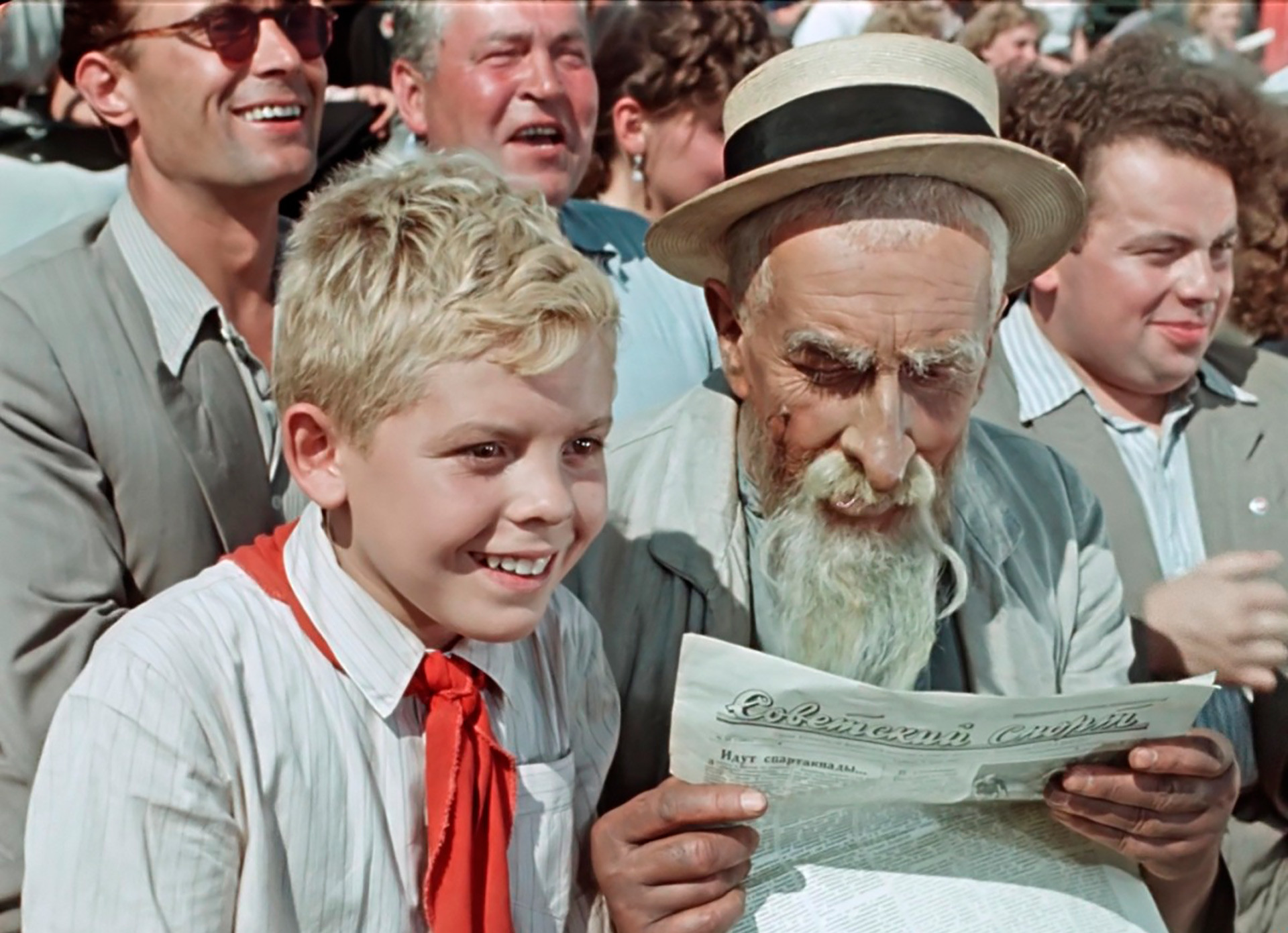 Hottabych and Volka during a football match: A screenshot from a Soviet movie

This story for children and teenagers is almost unknown abroad, and tells how the pioneer Volka found a magic lamp with a genie. A Soviet boy flying on a carpet and lots of funny fantasy elements will make you laugh, and will also give you knowledge of how young people lived in the Soviet Union.

We advise you not to miss out on the episode where the pioneer comes to a football match with his genie. "Will you, Volka, consider it possible to explain to your unworthy servant what these 22 pleasant young men are going to do with the ball?" Hottabych asks respectfully. What happens next will surprise you.

The book is available online in English.