1968.Digital: How the world’s first smartphone-only documentary show was created 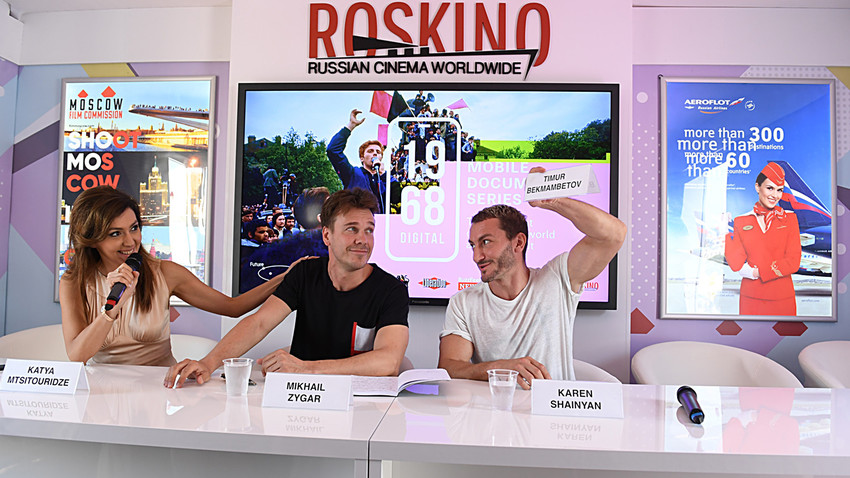 Press photo
The year is 1968. Gabriel Garcia Marquez writes his new novel in iPhone Notes; the Beatles chat with each other on WhatsApp; Andy Warhol posts photos from his exhibitions on Instagram. Today, a group of Russian journalists are using a post-modern way of storytelling to depict what happened 50 years ago, and we can’t get enough of it.

“The bulk of contemporary life takes place in virtual reality - there is a huge world behind the screens of mobile phones,” says Karen Shainyan, one of the show’s creators. Together with another famous Russian journalist, Mikhail Zygar, and the famous filmmaker Timur Bekmambetov, they decided to use this method of storytelling to show the life of real historical personalities through the screens of their would-be smartphones.

It’s an alternative reality of messengers, social networks, YouTube videos and Google Maps - as if they existed in 1968. The documental media is mixed with technological fiction, creating a unique mockumentary with an accurate factual basis. Obviously, it’s better viewed from a smartphone because the aspect ratio is vertical.

The show 1968.Digital was presented at the Cannes Film festival in May. The project’s goal is to show how culture and society changed since 1968, how the struggle for human rights and the peace movement became part of the mainstream, and how many other important world events took place.

"1968 is the most important year of the 20th century, which made the world the way we now know it,” says Mikhail Zygar, the man behind the idea for the show. “In 1968 the Internet was invented, and the sexual revolution, the revolution in music and fashion finally took form. In the USSR, the dissident movement was born, the human rights activism of Andrei Sakharov, the harassment of Alexander Solzhenitsyn, started. After the Prague Spring, the authority in the international arena that the USSR had previously was lost.”

In the first episode, the popular American singer Eartha Kitt dares to criticize the U.S. president and his wife, and has to leave the country because of ensuing harassment. In the second episode, the confrontation between the USSR and the U.S. in outer space turns into tragedy. The third episode is dedicated to the murder of American civil rights activist Martin Luther King.

According to Zygar, most important are the stories of the young people, who do not differ much from contemporary youth.

“With the help of this new cinema language, we tried to reduce the distance between spectators and characters who lived half a century ago. The older generation today often grumbles because young people lose themselves in their phones and do not engage in self-education. We decided to use this as an advantage,” says Zygar.

"We wanted to make a truly international project in several languages to show that people in 1968 in different countries had the same difficulties, made the same mistakes, or on the contrary, achieved beautiful things,” says Shainyan.

There will be 40 eight-minute-long episodes that will appear in English, French and Russian throughout the course of 2018. They will be released on the project's web-site, as well as in Apple News and BuzzFeed. In Russia they can also be viewed through the local Netflix-like service, Amediateka.

Each episode tells about one key hero or event in 1968 that influenced the life and values of people around the world to the present day. It also draws parallels between the events in the Soviet Union, the U.S., Europe, Asia and Latin America.