What would Tolstoy have said about Donald Trump? 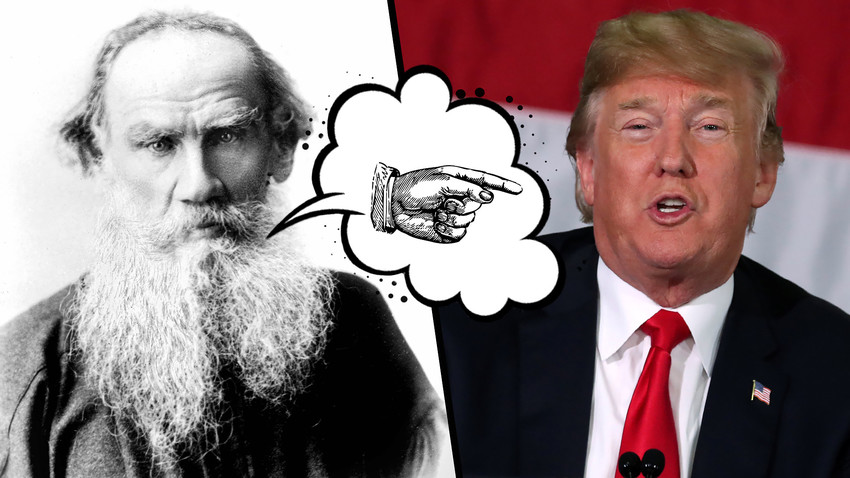 Reuters, Getty Images, Pixabay, Russia Beyond/Reuters
Fyodor Dostoevsky or Leo Tolstoy didn’t make it to the 21st century, but some of their – and their peers’  – evergreen quotations remain relevant, especially to modern politics and politicians.

Dostoyevsky is on point this political season, despite dying in 1881. French President Emmanuel Macron cited the Russian author in a press conference with Vladimir Putin in St. Petersburg (May 24), touching upon Dostoevsky's speech of 1880, where he said: “The peoples of Europe have no idea how dear they are to us,” and expressed his hope to see a future where Russians and Europeans coexist peacefully.

Commentators say this recent interest in the deceased superstar of literature marks an attempt to explain modern Russia through analyzing its cultural heritage. “Russia doesn’t let the West forget about it so the politicians seek for the roots of political and economic changes in the past,” writer Eduard Topol told Gazeta.ru.

Nevertheless, the cultural heritage of Russian literature is so lasting that many quotes still hold true today, and not only regarding Russia. Just look at these examples. 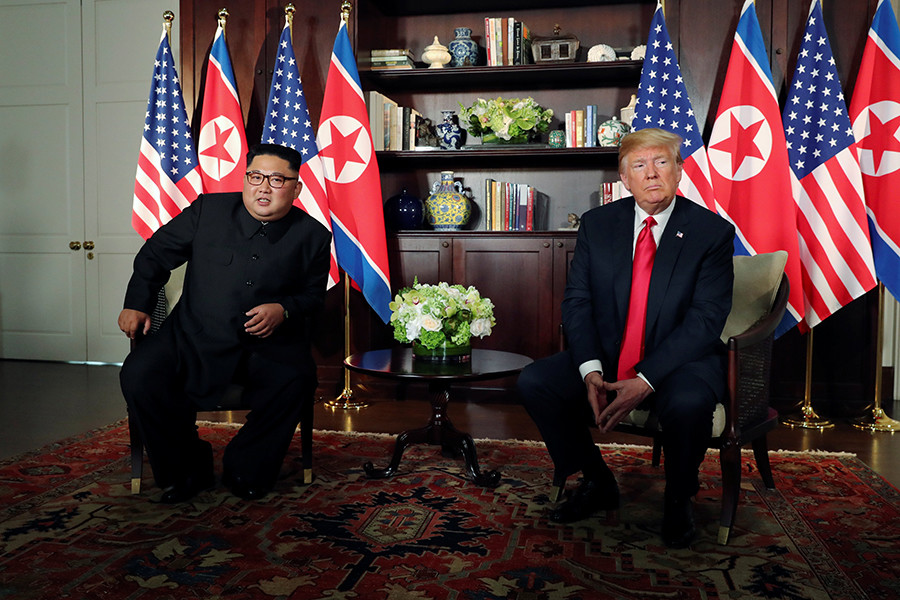 American President Donald Trump made history by meeting the leader of North Korea Kim Jong-un on June 12, in Singapore and conducting negotiations, just months after threatening Pyongyang with “fire and fury.”

Tolstoy (1828 – 1910) would have surely appreciated the peace-seeking initiative of two controversial leaders. “Killing each other like scorpions in a can would bring us nothing but the mutual elimination,” he wrote.

It doesn’t mean that Tolstoy would be satisfied with the results of the summit. “No one is thinking of war; only a milliard is being spent upon preparations for it, and millions of men are under arms,” Tolstoy wrote in 1893, concerning the Russo-French military parade – but it’s fitting for the Trump-Kim summit as well.

Such scandals have been shaking the world of politics for the last couple of years, starting with endless waves of mutual accusations in the U.S. press and finishing with the “resurrection” of the presumed killed journalist Arkady Babchenko in May 2018. It seems that no one knows what is true and who is to be trusted anymore.

Anton Chekhov (1860 – 1904), the master of ironic short stories and plays, found the words to describe such a situation. “Although you may tell lies, people will believe you if only you speak with authority,” he used to say. His other pessimistic citation suits the issue as well: “They say: ‘In the long run truth will triumph;’ but it is untrue.”

Now a second possible meeting between Vladimir Putin and Trump is being discussed. Rumors say it happen in July 2018.

Mikhail Bulgakov (1891 – 1940), the author of TheMaster and Margarita, wrote a phrase which rings true with the potential Putin-Trump summit: “You and I are speaking different languages, as always, but that does not alter the things we are talking about.” By the way, it’s Woland (the Devil) who pronounces it in The Master and Margarita, one of Russia’s best-known novels.

It seems violence is endless. Wars continue in Syria and Yemen, and Iran and Israel are balancing on the edge of military conflict. Russian writers, familiar with all kinds of conflicts, would have known what to say about it.

Anton Chekhov: “Mankind has conceived history as a series of battles; hitherto it has considered fighting as the main thing in life.”

Leo Tolstoy: “In all of history there is no war which was not hatched by the governments, the governments alone, independent of the interests of the people, to whom war is always pernicious even when successful.”

Nikolai Gogol (perhaps, the most suitable quotation, from How Two Ivans Quarreled): “What a dreary world we live in, gentlemen.”

Russian writers have a lot to do with the contemporary world - for instance, look at this line of the modern-day writers influenced by Dostoyevsky,