Why did 3 Russian sailing ships serve the Nazis? 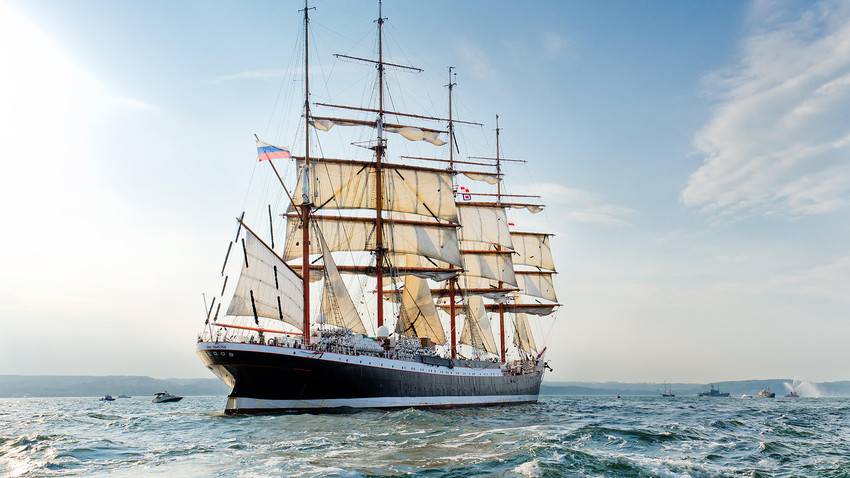 Legion Media
Some of the Russian sailing ships operating today are so old that they saw the times not only of Nazi Germany, but even of the Weimar Republic.

One of the oldest Russian sailing ships, the barque Sedov, is still in service. Launched in 1921 as Magdalene Vinnen II, it was known as Kommodore Johnsen in Nazi Germany. In 1945, the ship was given to the Soviet Union as war reparation and was renamed Sedov after the famous Russian polar explorer Georgy Sedov.

One of the largest sailing ships in the world today, Sedov has served as a training vessel for naval cadets and also participated in oceanographic studies of the Atlantic Ocean. 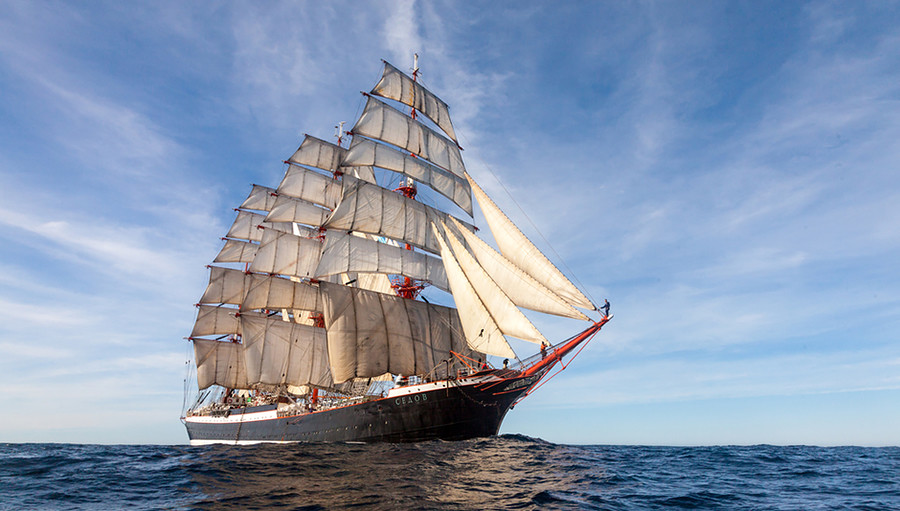 When in 1983 the ship docked at the German port of Bremerhaven, it was visited by members of the first crews of the barque when it belonged to Germany. Also among the guests was one of the ship’s first owners. 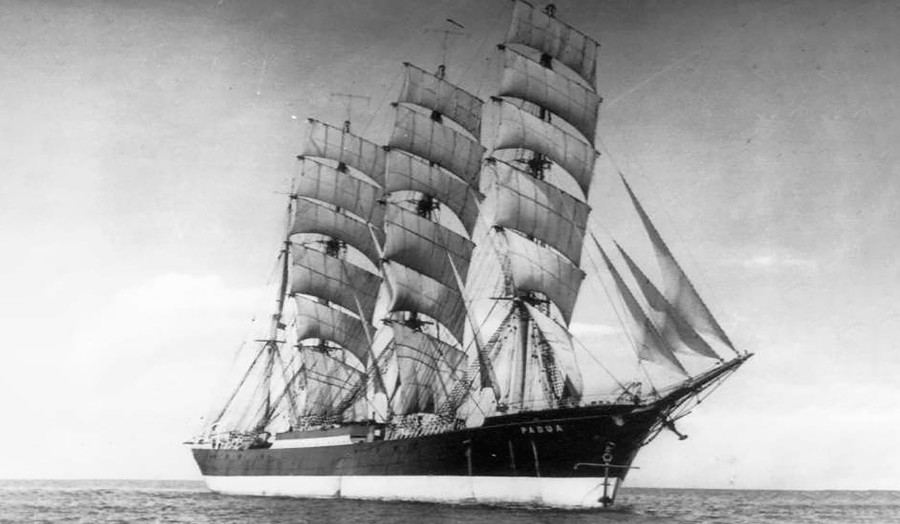 The barque Kruzenshtern had a similar destiny to Sedov. It was launched in the Weimar Republic in 1926 as Padua, and after WWII was taken by the Soviets as war reparation. The ship was renamed after the famous Russian admiral and explorer Ivan Kruzenshtern. 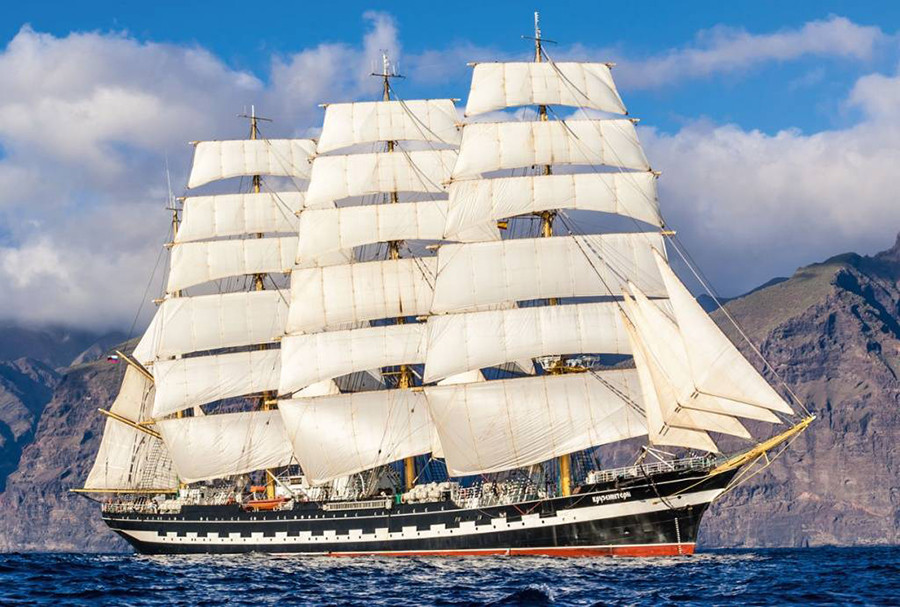 Despite its age, the training vessel Kruzenshtern is a permanent member of international regattas. It also sailed around the world twice: in 1995-1996 and 2005-2006. 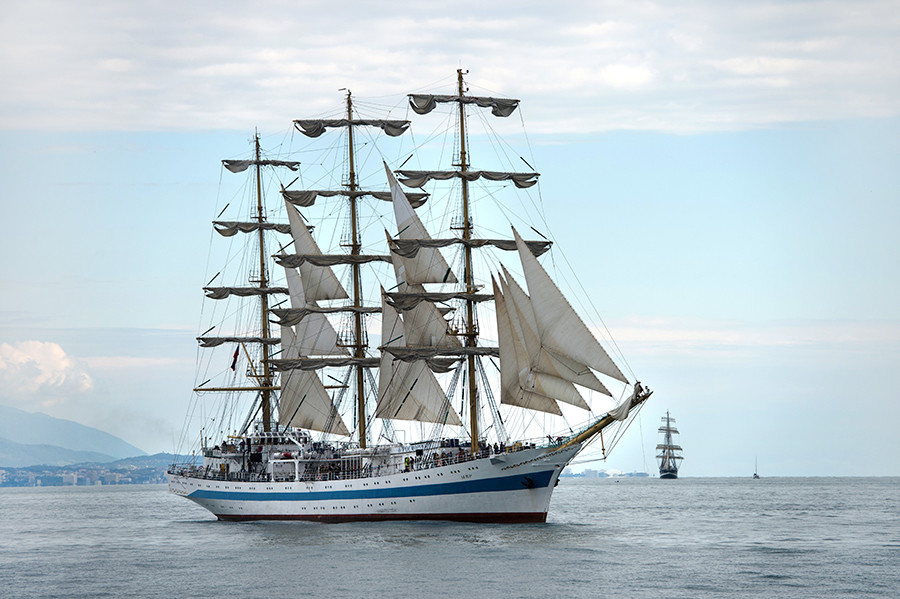 With a speed of 19.4 knots (35.9 km/h), Mir (Peace) is one of the fastest sailing ships today. Having such characteristics, it never hesitates to participate in all major races. In 1992, for instance, it participated in the Grand Regatta Columbus race, devoted to the 500th anniversary of the discovery of America by Christopher Columbus. Mir was the overall winner of the race, and its crew was personally awarded by Juan Carlos I of Spain. 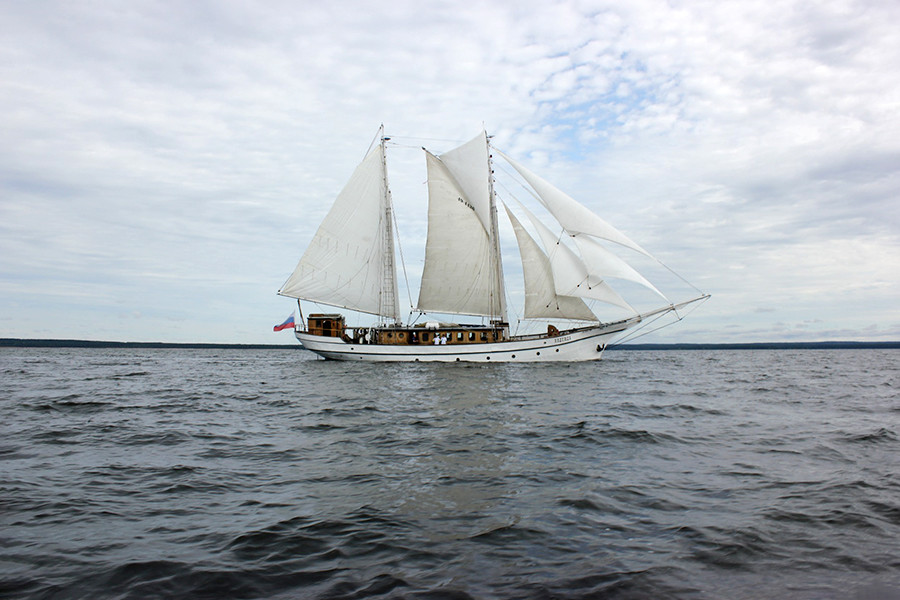 There are two sailing ships with the name Nadezhda (Hope) that travel across the seas under the Russian flag today. One of them is a training shooner built in 1912.

Before becoming Soviet property, the ship went through many changes of name and home port — from the Netherlands to Germany. For some period it belonged to the famous WWI hero Felix von Luckner, known as the “Sea Devil.” He was a German naval officer who successfully hunted down enemy merchant convoys on one of the world’s last fighting sailing ships Seeadler. 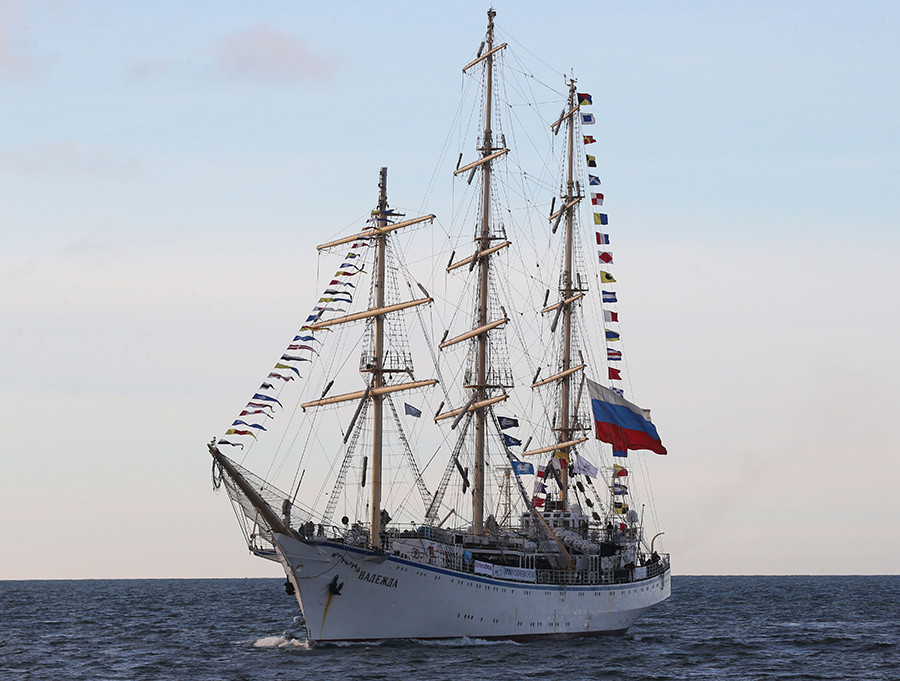 The frigate Nadezhda, unlike the same-name shooner, is not so old. Built in 1991 in Poland, it is actively used as a training vessel. Besides, Nadezhda participates in scientific expeditions and different international regattas.

Both Nadezhdas got their name in honor of the legendary sloop that made Russia’s first circumnavigation of the world in the early 19th century. 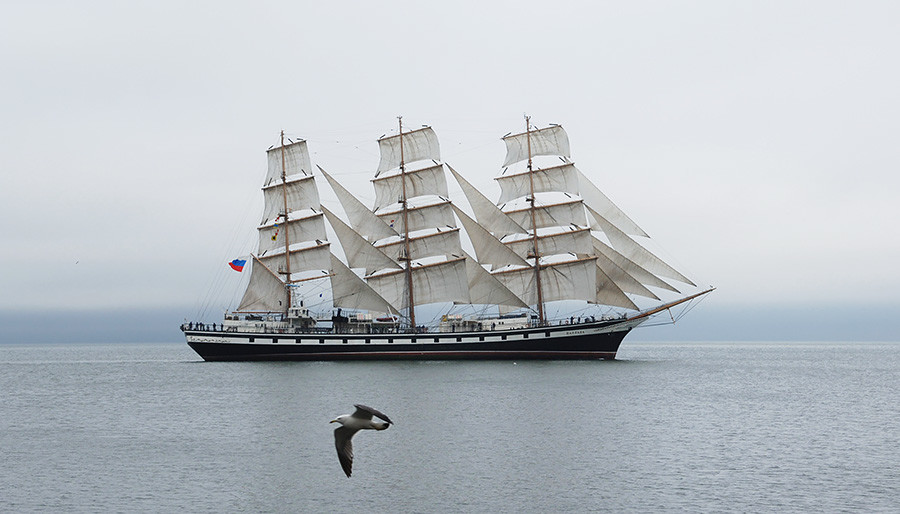 This Russian training and scientific vessel was named after the frigate Pallada, which in 1852-1855 made a historical journey from Kronstadt across the Atlantic, Indian and Pacific Oceans to bring Russian diplomats to Japan.

Like Mir (see above), Pallada is considered one of the fastest sailing ships in the world. It can accelerate to speeds of up to 18.8 knots (34.8 km/hour). 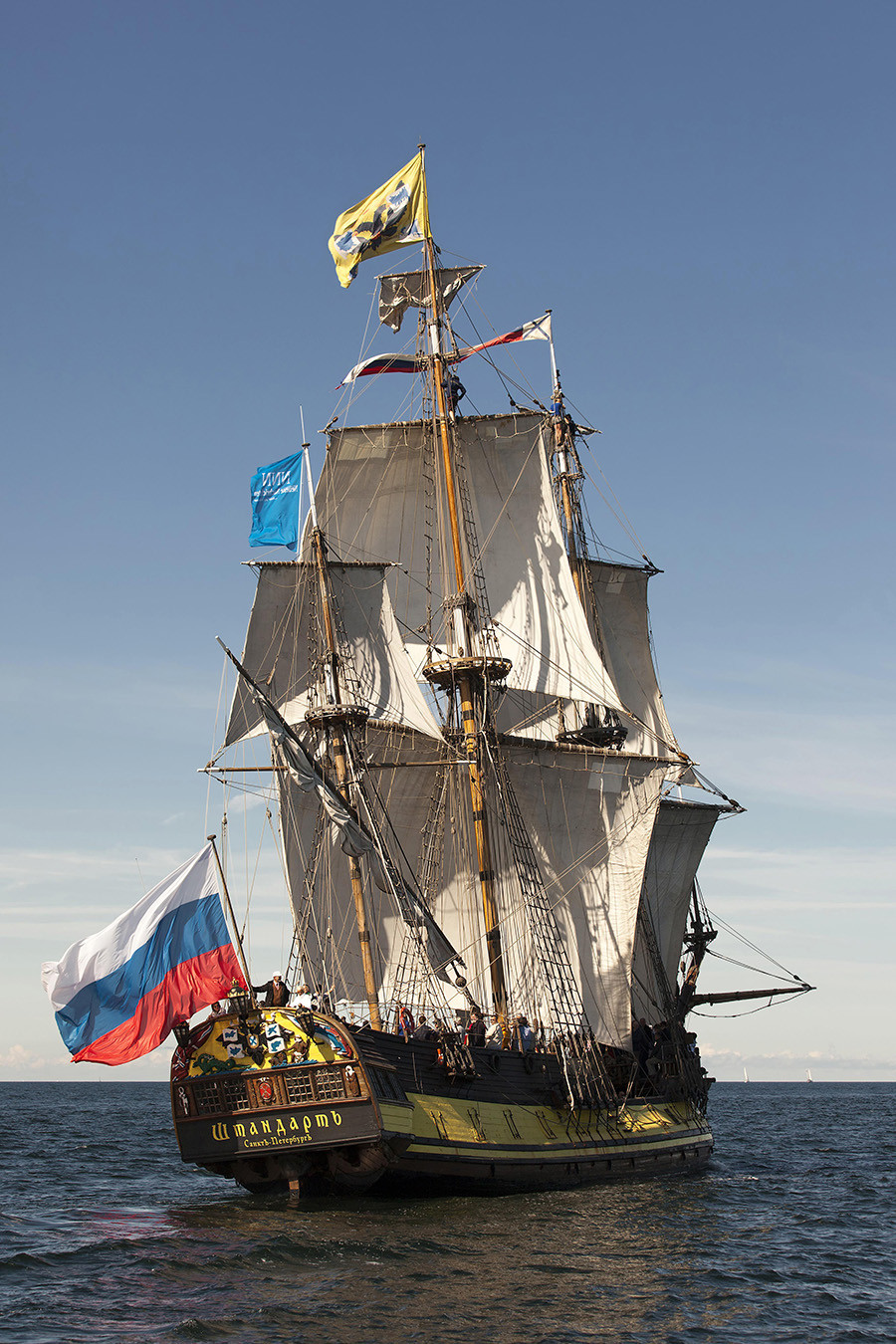 Built in 1999, Shtandart is a replica of the first ship of the Russian Baltic Sea Fleet, which was launched in 1703 to protect the newborn St. Petersburg. It is run by its crew, which consists of trained volunteers of the “Shtandart Project.” The project also welcomes guests to participate in voyages on board the Shtandart.

Can you guess the age of the oldest ship in the Russian Navy?