From poet to protagonist: Shedding light on Mayakovsky’s unknown career as a movie star 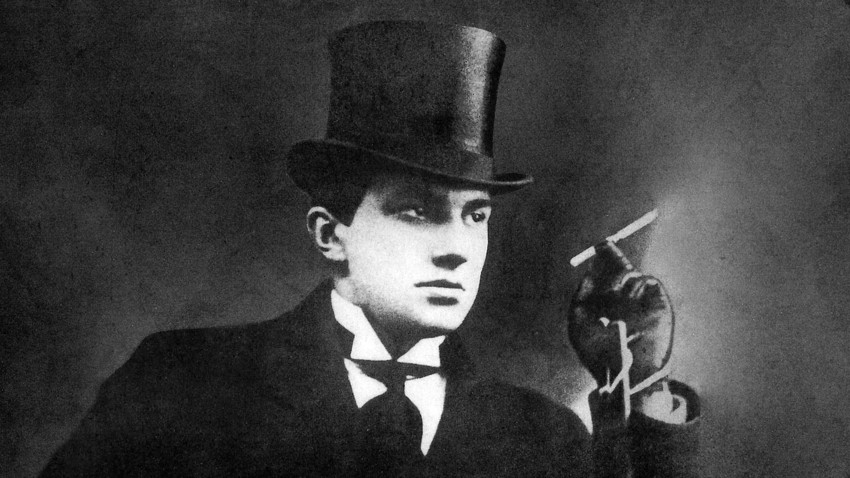 Archive photo
Though Mayakovsky turns 125 this year, his words continue to resonate with our lives today. However, he also tried his hand at acting - and he wasn’t half bad.

Almost two meters tall, handsome features, clever eyes, full lips, a thick mane of hair – Vladimir Mayakovsky may have been a brilliant poet but he was also a bit of a heartthrob. The Russian wordsmith, born in 1893, was incredibly passionate and embraced the Bolshevik Revolution with gusto - writing many poems about the uprising. 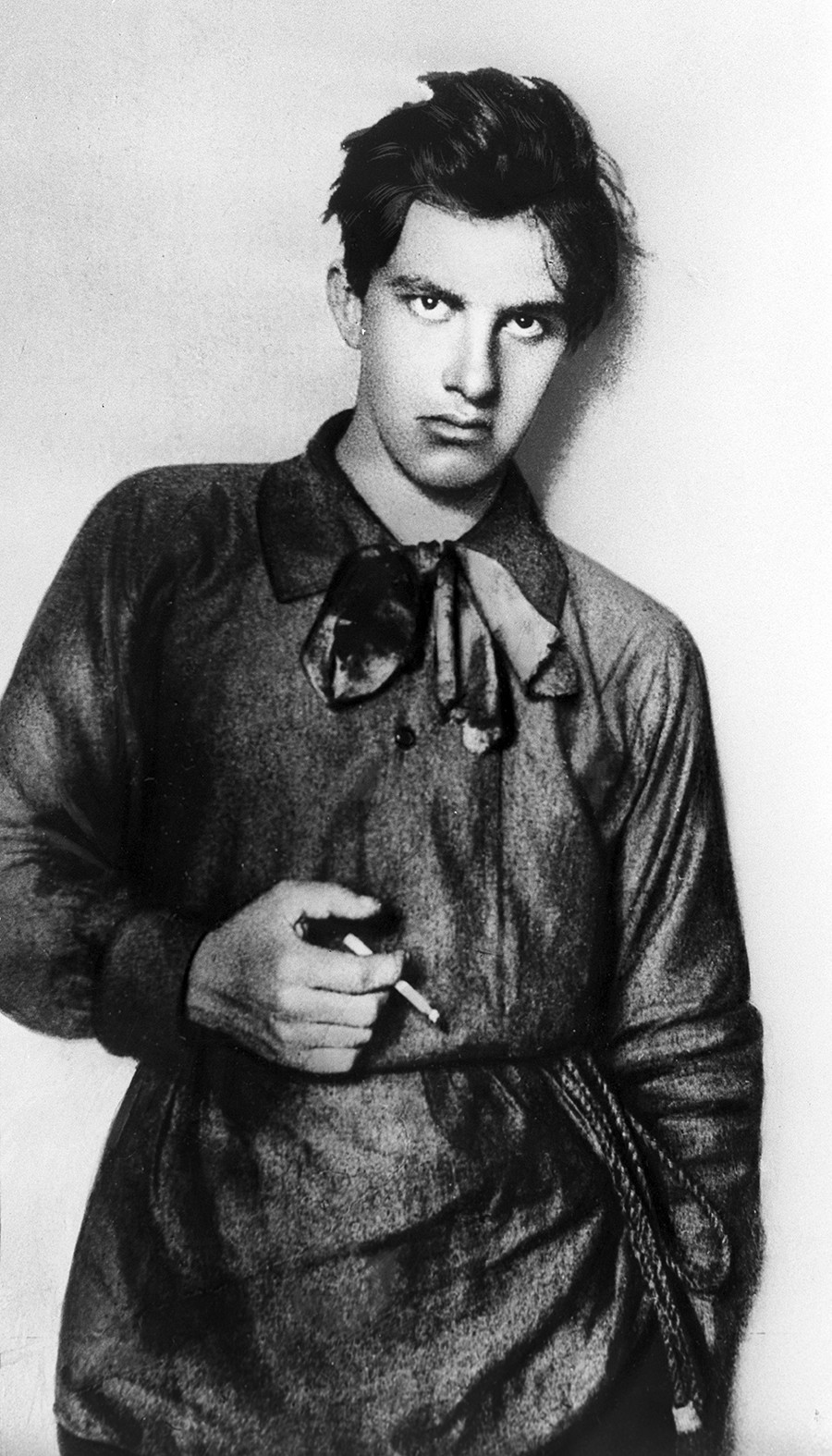 Mayakovsky was a man of many talents: While defining the art of Russian poetry during the first half of the 20th century he found time to paint, act, direct, and write screen plays.

“For you, cinema is just a spectacle, for me - almost a worldview,” he used to say, underlining just how highly he regarded the newborn visual art.

Mayakovsky trod various paths during his love affair with cinema: He wrote 18 scripts for silent movies and took part in the filming process of many of them. He also starred in three films, but ultimately stopped acting because he didn’t like how he looked on the big screen, despite his countenance being regarded as a foil to the often pompous and pretentious manner of the era’s silent cinema actors.

The roles that Mayakovsky embodied on screen were similar to the lyrical heroes in his poems and the courageous, expressive, and sometimes vulnerable character of the artist himself. 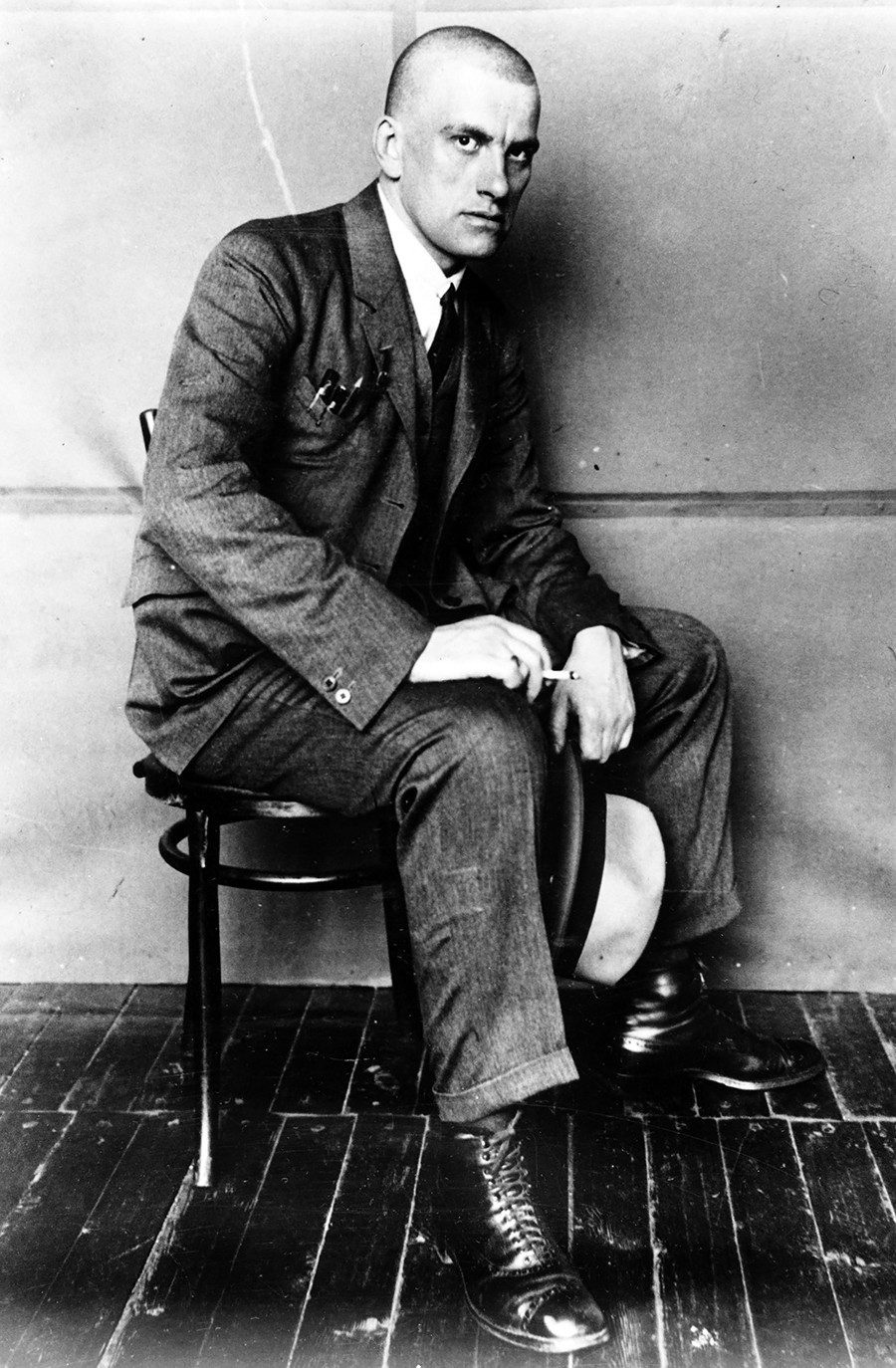 Mayakovsky’s acting debut was a small role in the film Drama in the Cabaret of Futurists №13 by Vladimir Kasyanov, released in 1914. Today the film is lost, but according to critics of the time, the movie had a strange and intricate plot and unusual cinematic effect. The poet appeared in the final scene, playing the Angel of Death. He wore a broad hat and cloak and was present when the film’s dead heroine was thrown onto the snow. Just a single still from the movie has survived. 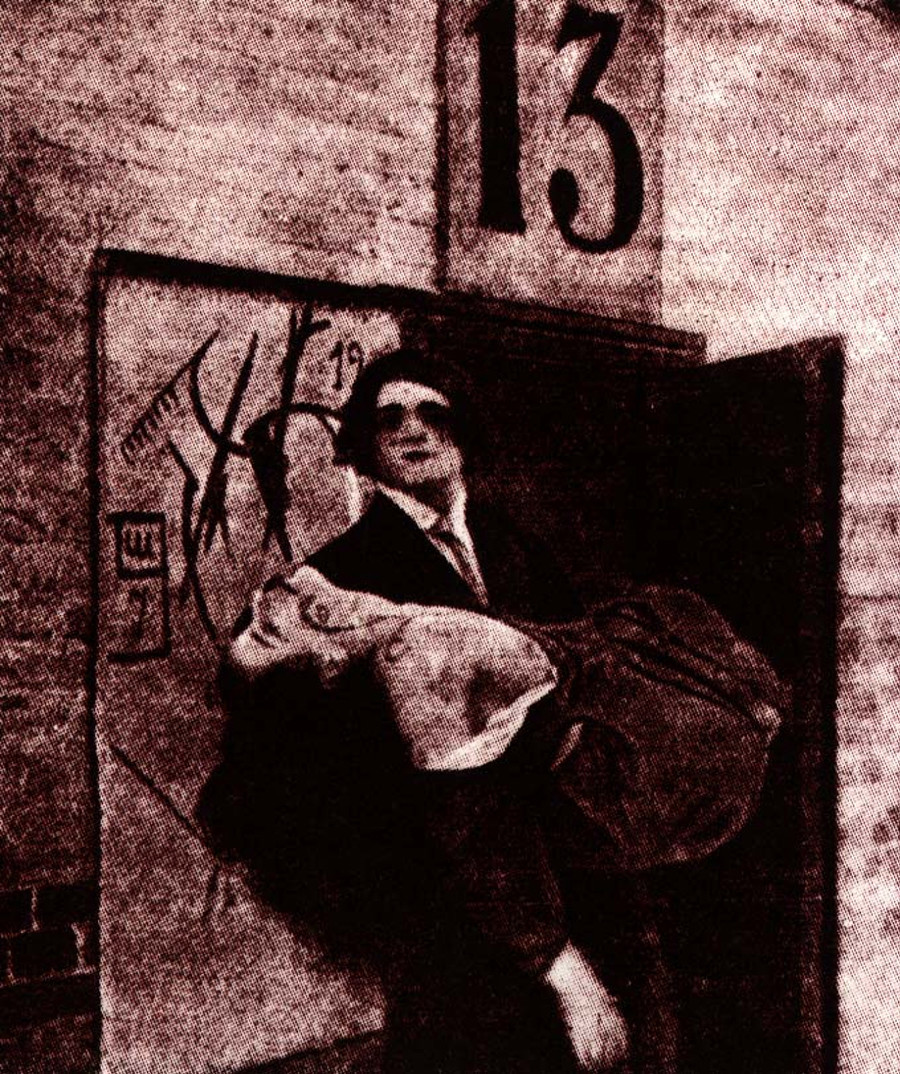 All three films featuring Mayakovsky as a lead were shot in 1918. The first is Not Born for Money based on the book Martin Eden by Jack London. Unfortunately, not a single copy of the movie has been found so far.

Only parts of his second movie, Shackled by Film by Nikandr Turkin, have been preserved. One of them shows Mayakovsky’s character - the Artist - getting acquainted with a ballet dancer.

It’s an adaption of the Greek myth of Pygmalion, who fell in love with his own sculpture: The Artist falls in love with the image he sees in a film, the Ballet Dancer (played by Mayakovsky’s real life muse Lilya Brik) and has an imaginary love affair with her. 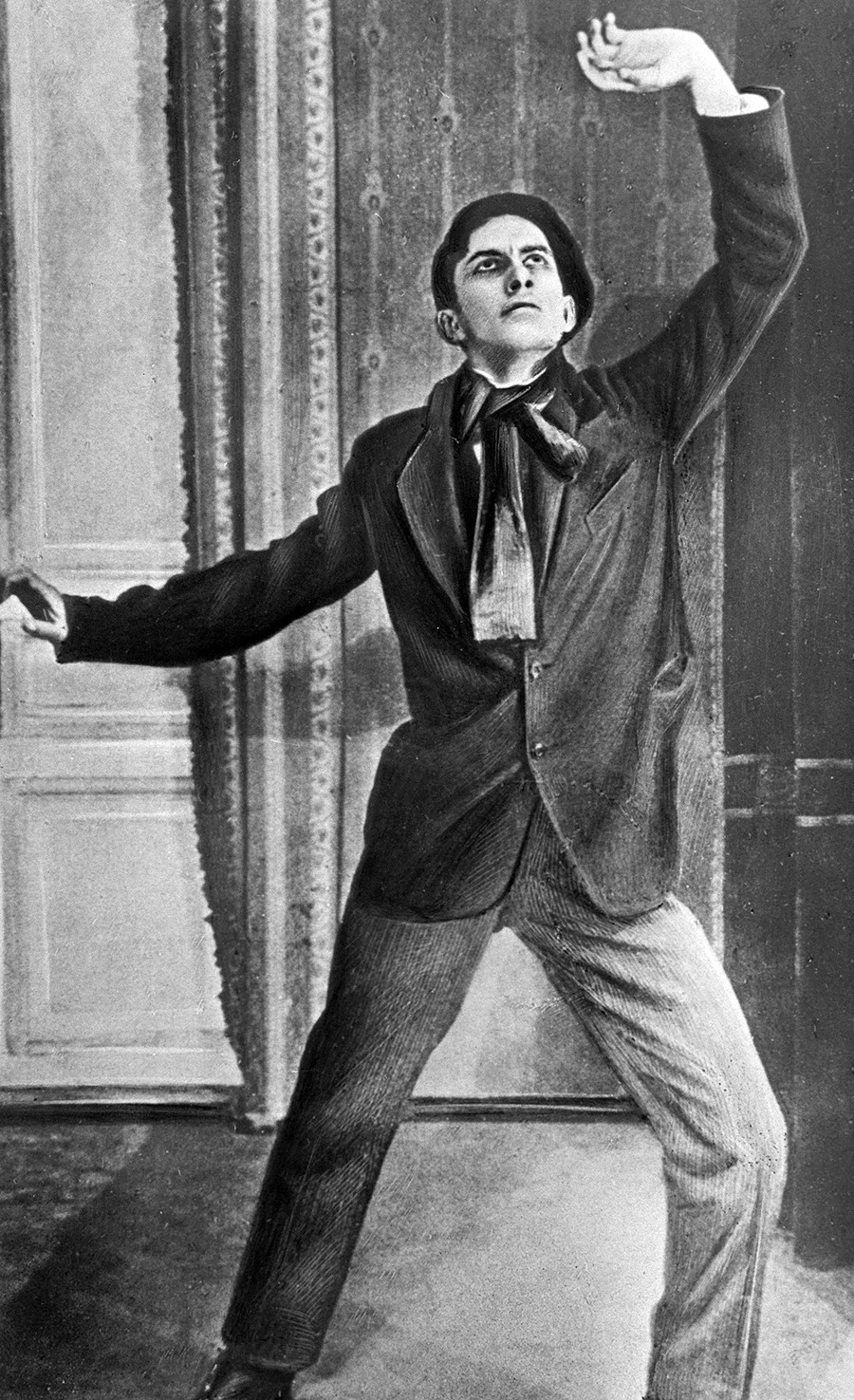 Vladimir Mayakovsky posing for a poster for the movie "Not for money born."

The Lady and the Hooligan, unlike other films in which the poet starred, was much more fortunate - it has been preserved, including the scenes cut after the Revolution.

The Lady and the Hooligan made waves at the box office and was shown for many years. This film is also the only one fully directed by Mayakovsky himself. 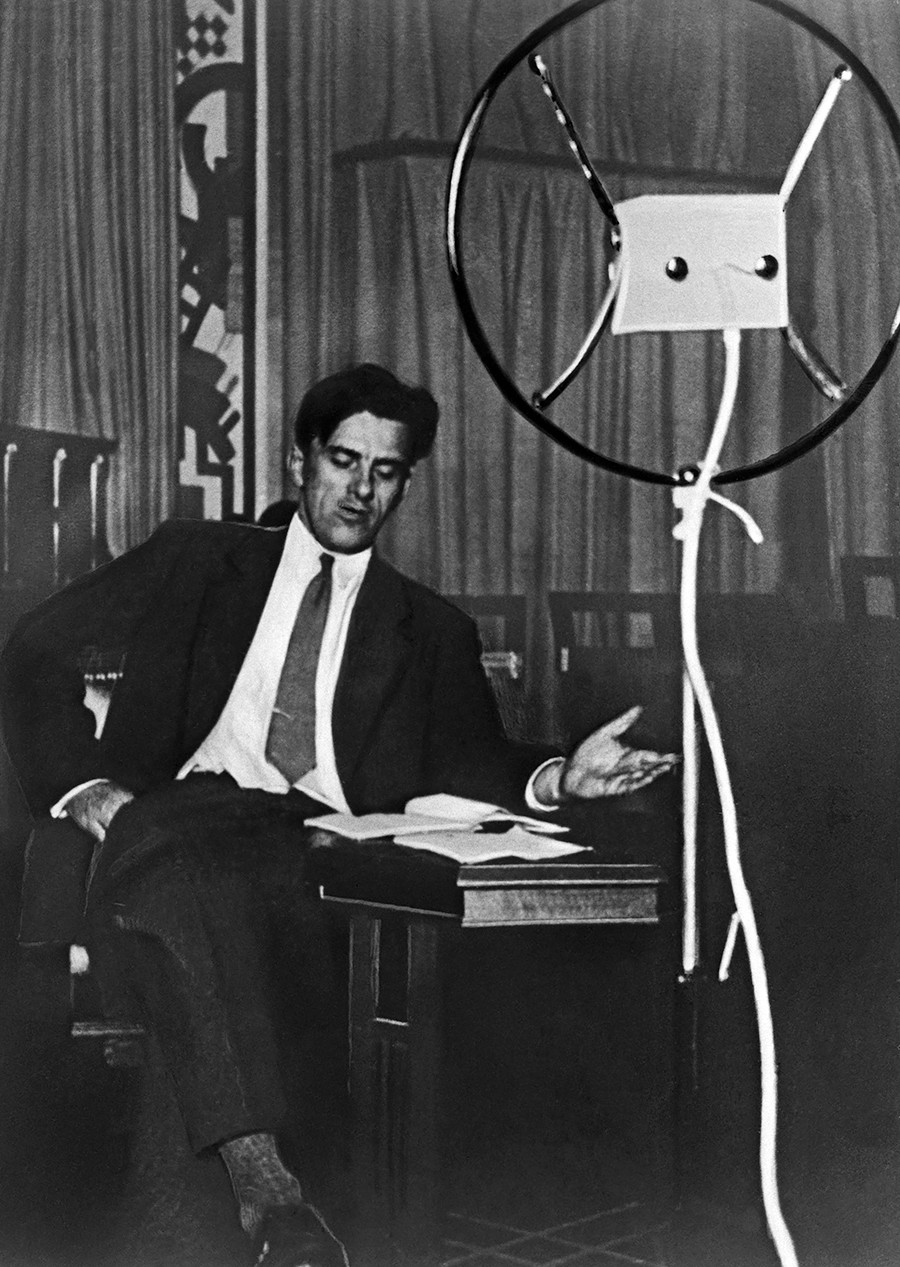 Russian poet Vladimir Mayakovsky (1893-1930) reciting his poem Banya (The Bathhouse) for a radio broadcast in 1929.

The movie portrays the unrequited love a hooligan, who is studying in an evening school for adults, feels towards his young teacher, his moral regeneration, and spiritual torment from his unspoken feelings. The plot’s character is partly based on Mayakovsky and is also inspired by a story by the Italian writer Edmondo de Amicis  called “The Worker's Teacher.”

This is one of the few existing recordings of the great poet, however, the soul of Mayakovsky remains forever in his words.