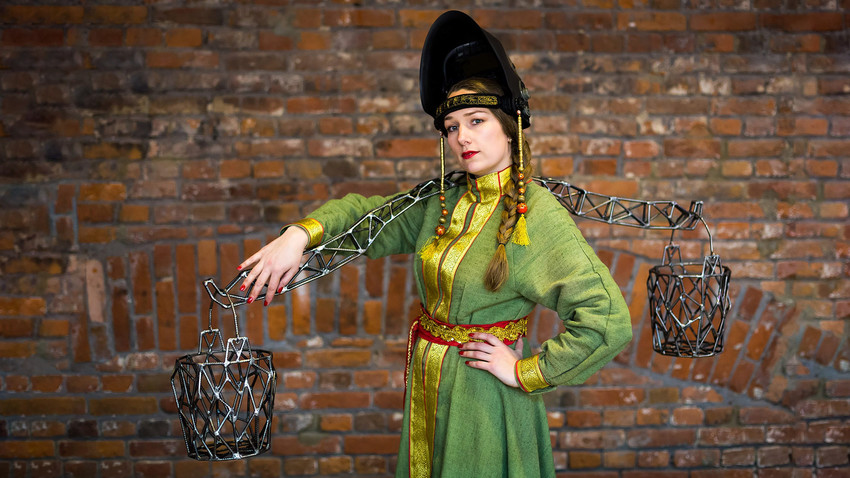 Weld Queen
Alexandra Ivleva, a Russian welder and artist, tears down gender stereotypes when she turns on her soldering iron and welding mask.

With a wardrobe of special dresses for welding, Alexandra doesn’t sacrifice her femininity: for example, combining traditional Russian dress with a welding mask in kokoshnik-style; as well as a night dress and an angel suit – all made of non-metallic material, of course. 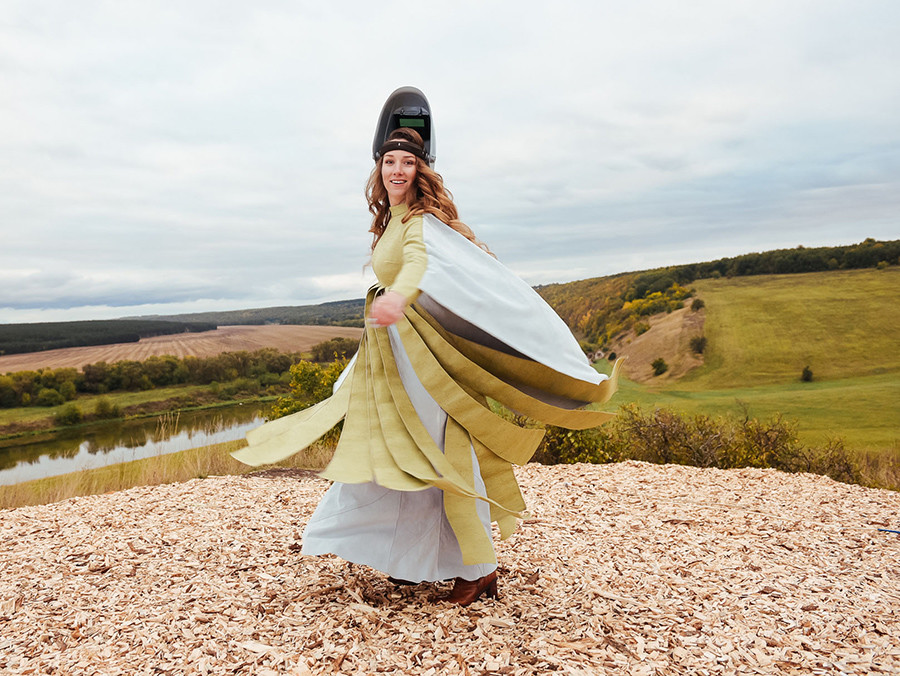 The 32-year-old woman has already been successfully working at this traditional masculine craft for several years. Alexandra gained attention after creating a big meditating cat called Tihvami for the international Moscow Flower Show in 2015. 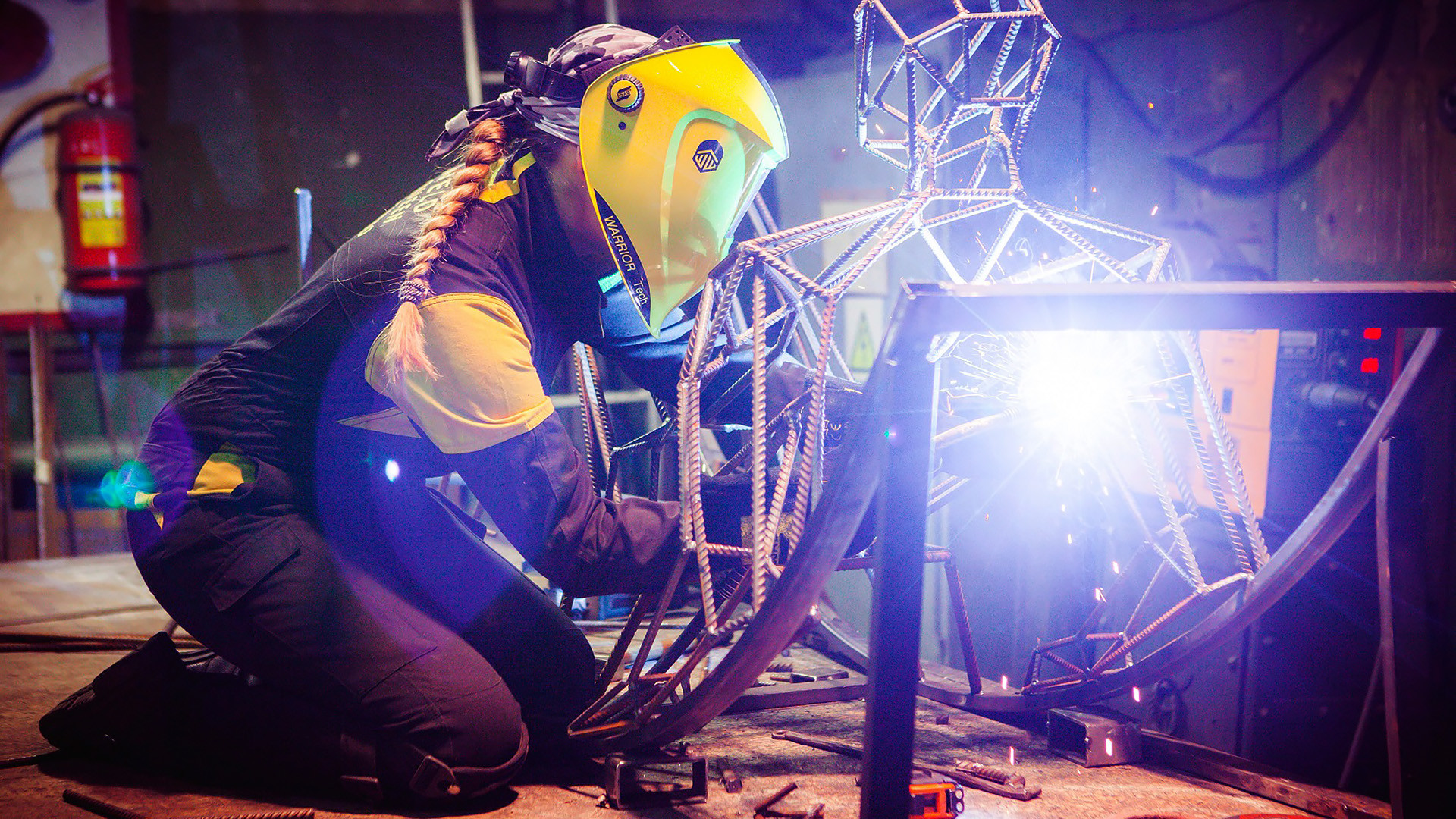 She explains that all people, regardless of their religion, are searching for peace and the possibility to meditate; so, she decided to design this sculpture for everybody to come and meditate nearby. 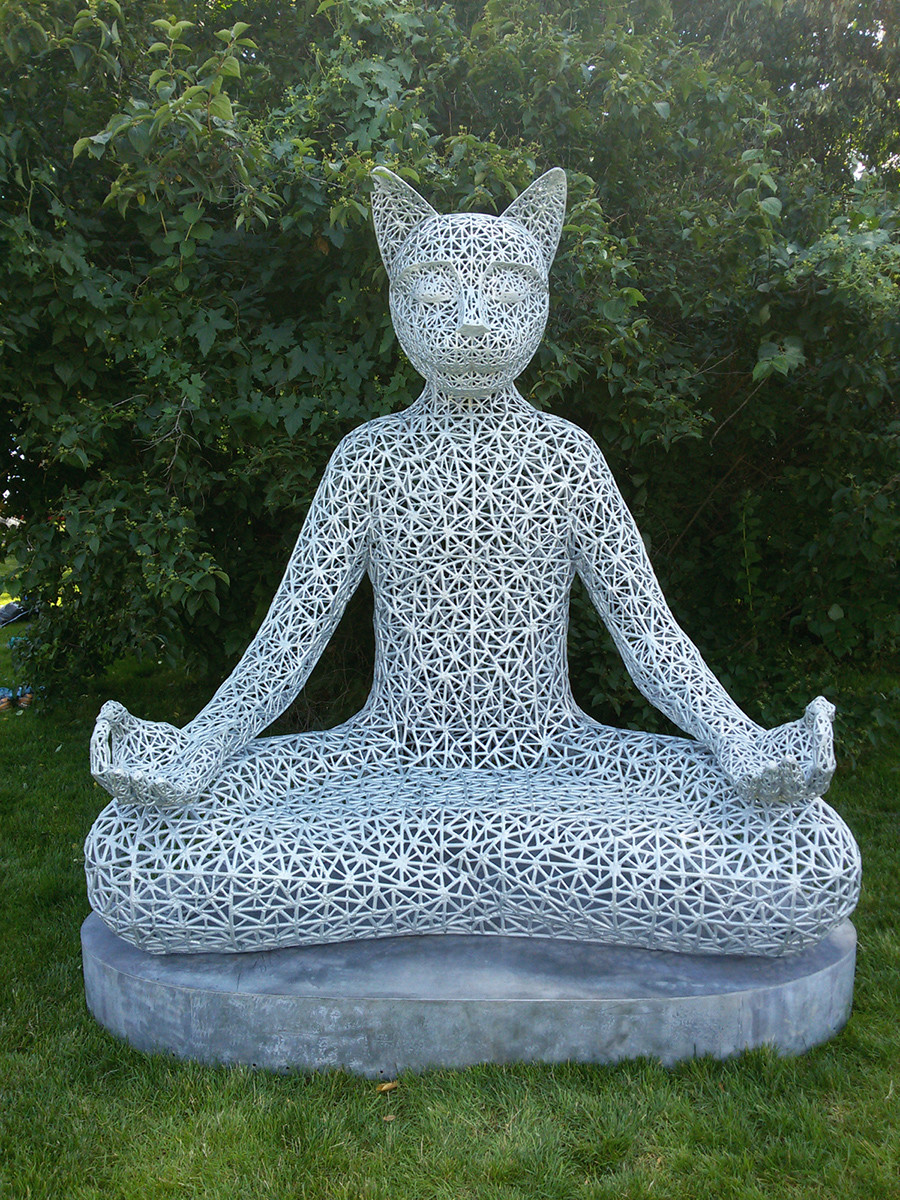 Since then, Alexandra’s mind has been working overtime to generate new ideas for sculptures and other projects. She particularly enjoys creating rocking chairs of various shapes (Boobs dragon, Madonna, Unicat), calling them interactive sculptures. Her works are less likely to be seen in exhibition halls, and most likely found in parks, where they are used as benches, swings, and etc. 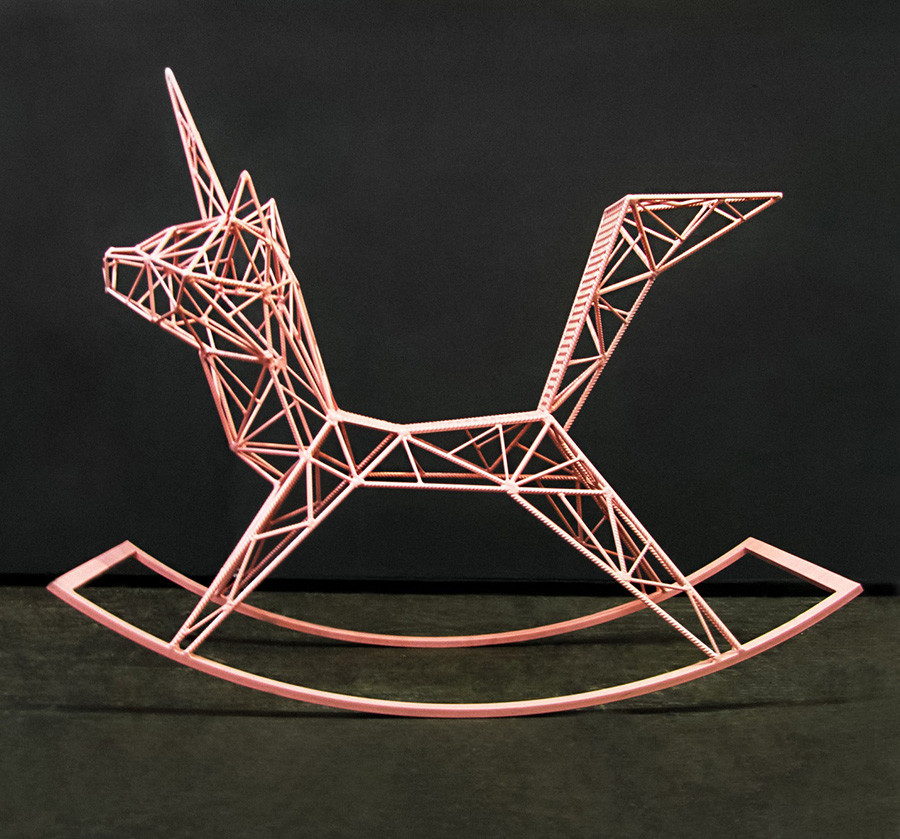 Tihvami the Cat was later joined by a meditating bear, Ramishi. 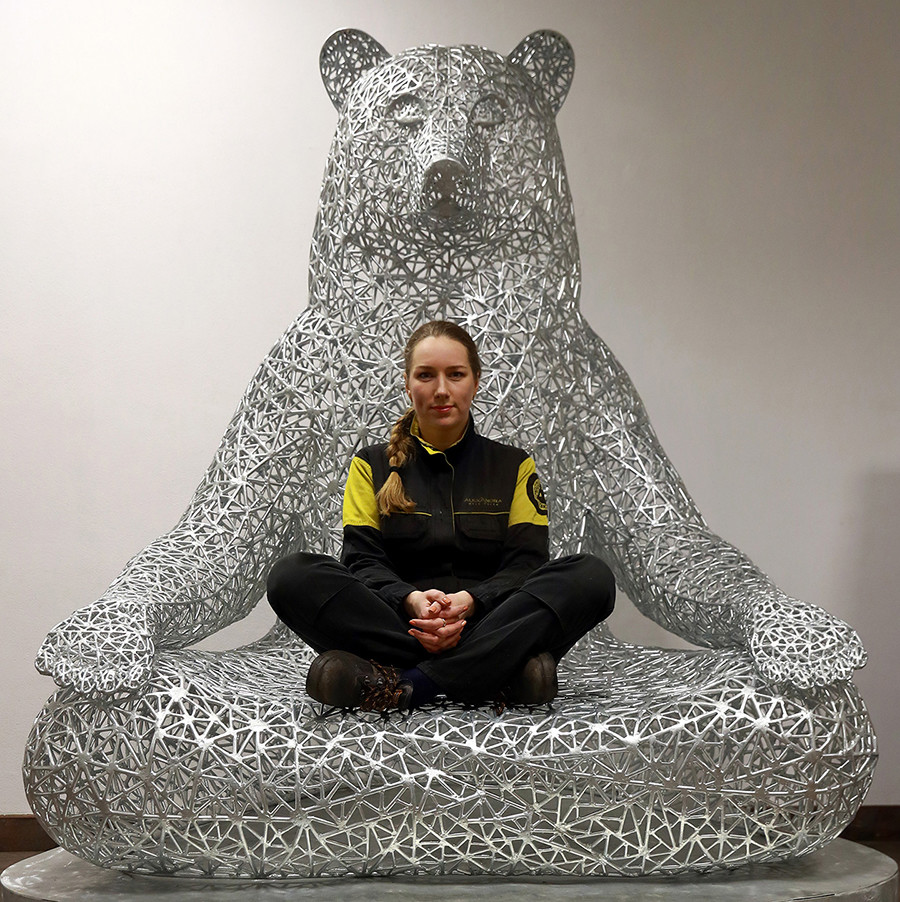 A sculpture of angels decorates Kudykina Gora amusement park in the Lipetsk Region. You can see more of the park here. 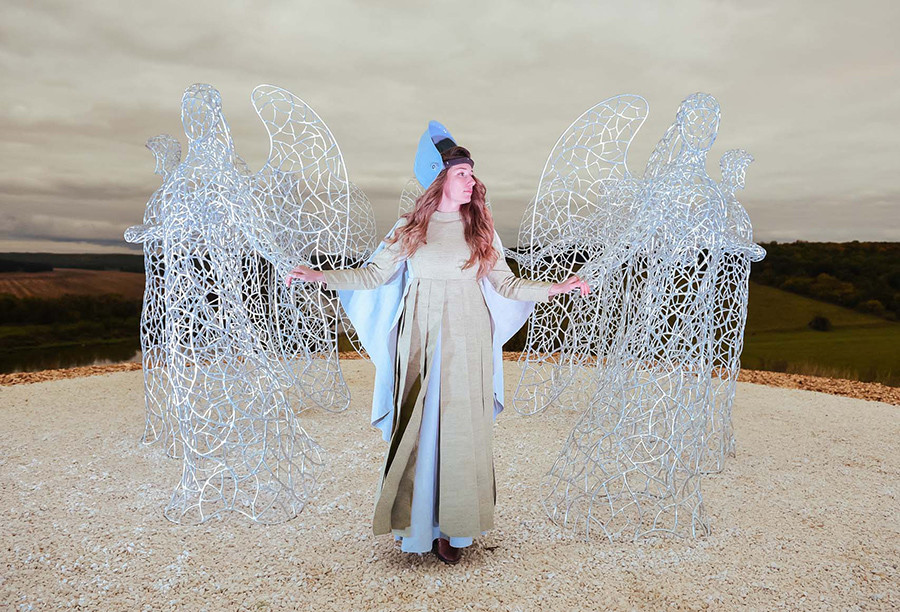 Alexandra also likes doing original candleholders; and has one in the shape of a giant human heart. 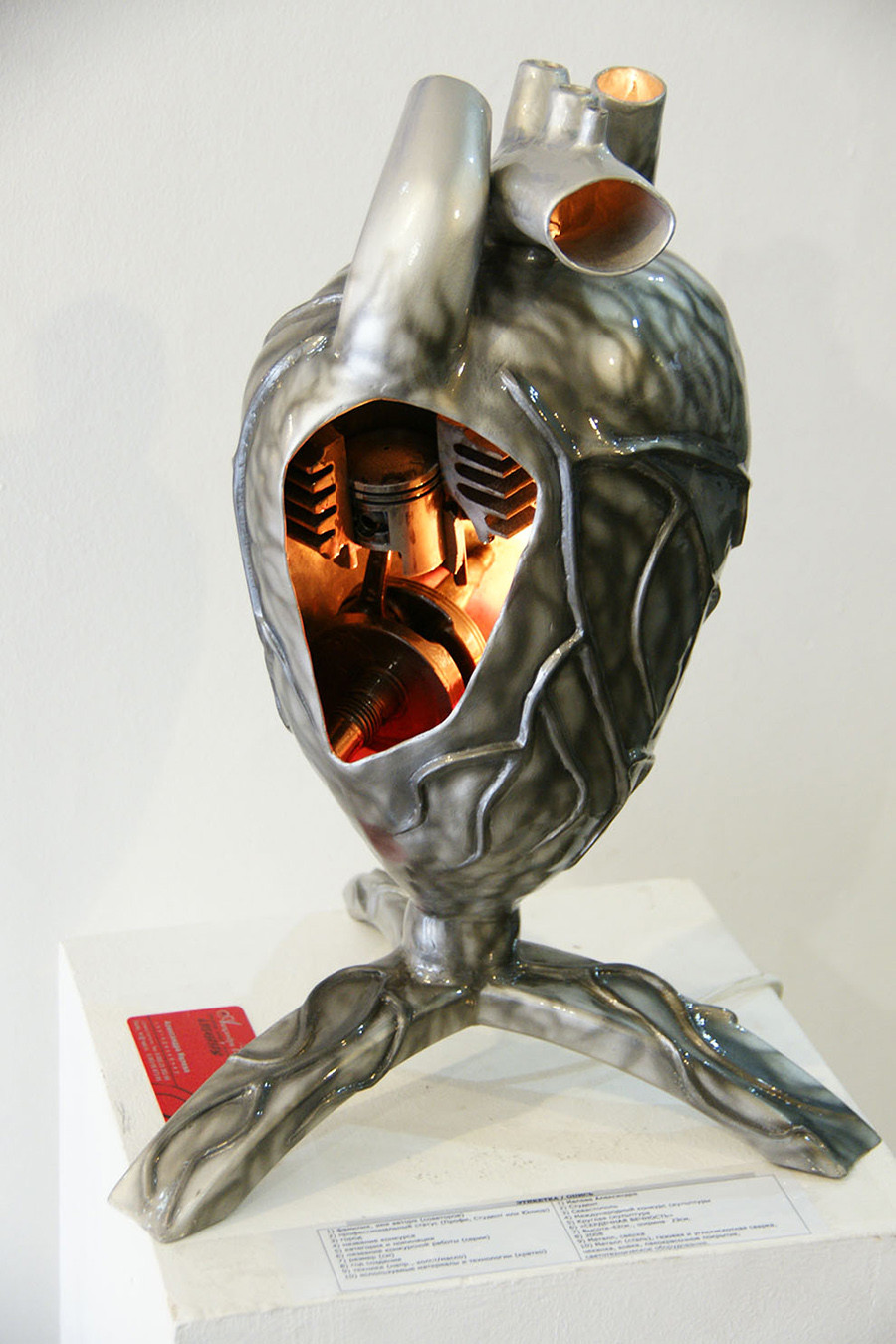 Sometimes the ‘Weld Queen’ amuses herself by doing unimaginable metal objects, such as this ‘fur’ coat: 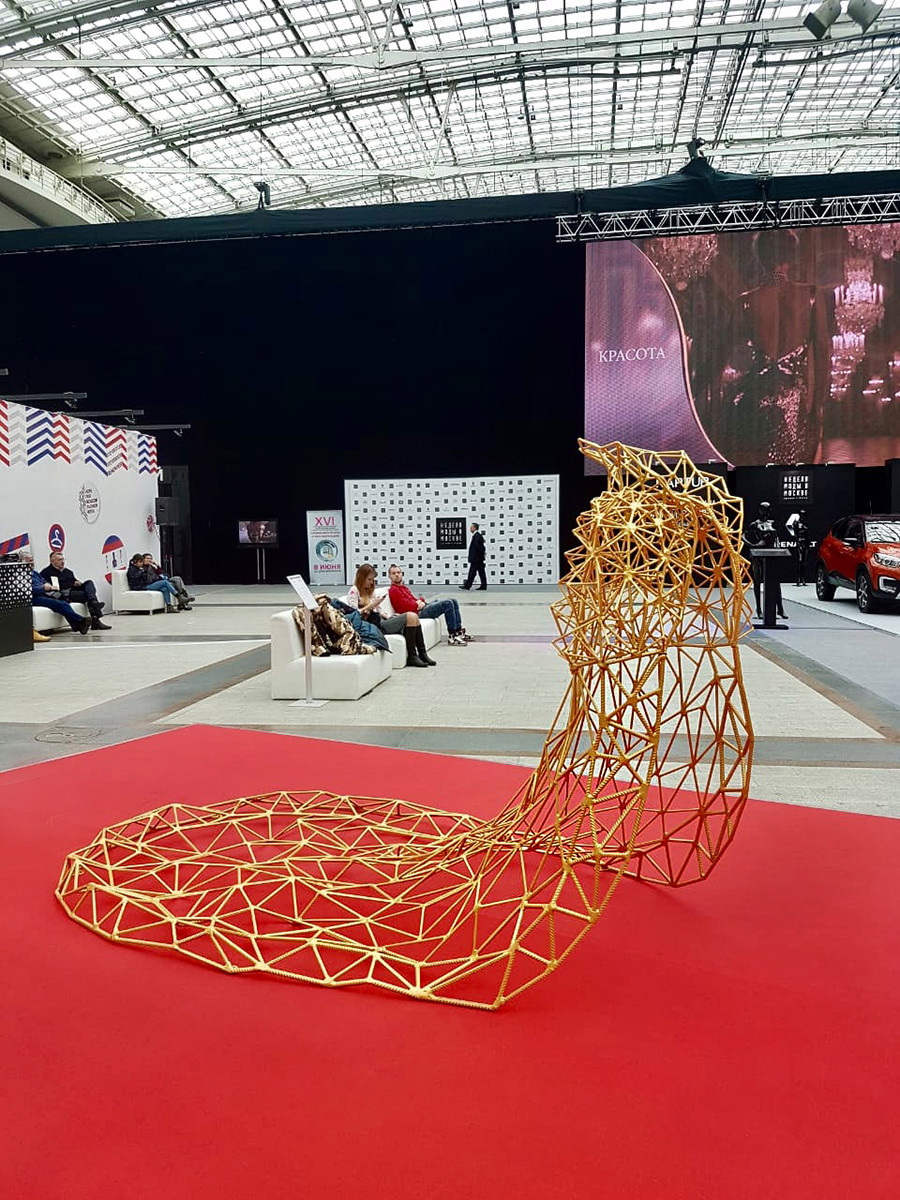 Or avoska, a kind of bag frequently used in Russia: 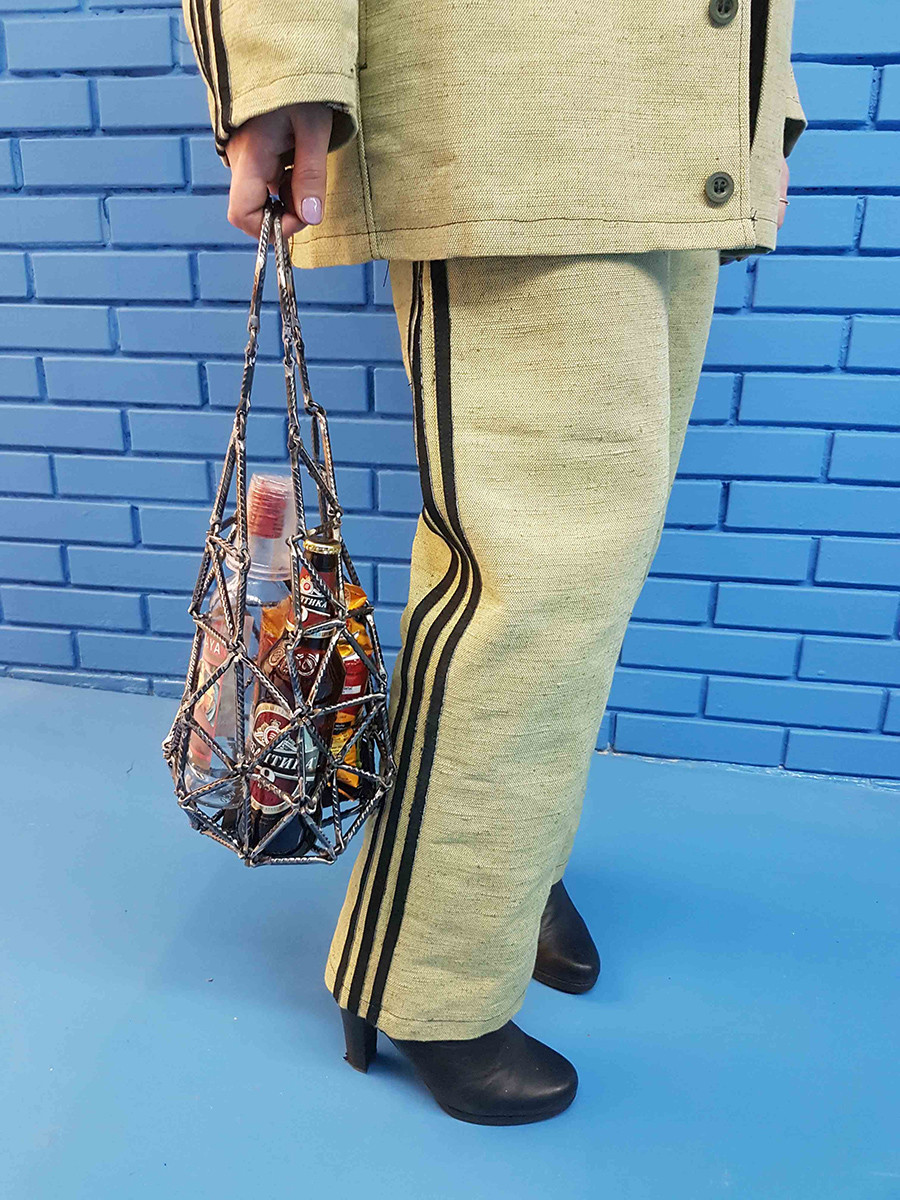 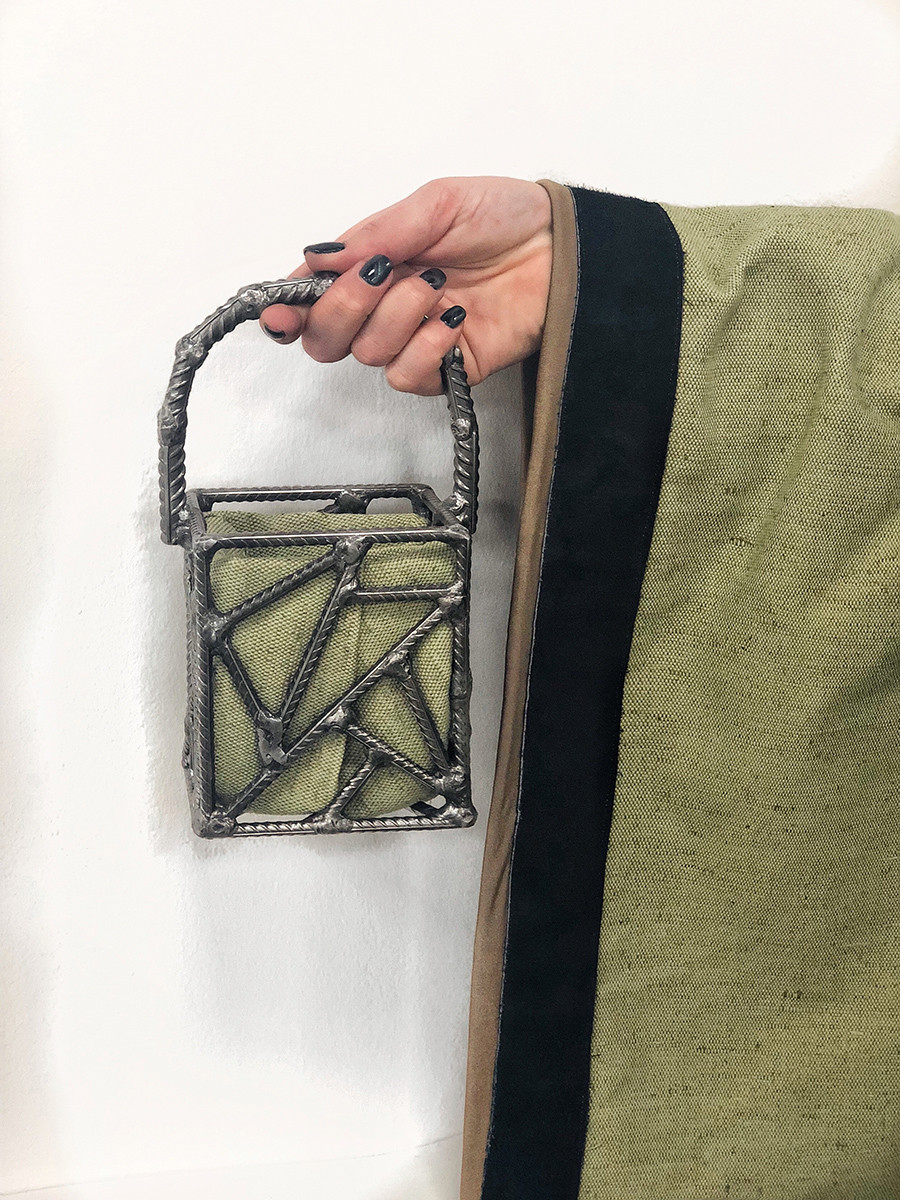 A purse for strong women: 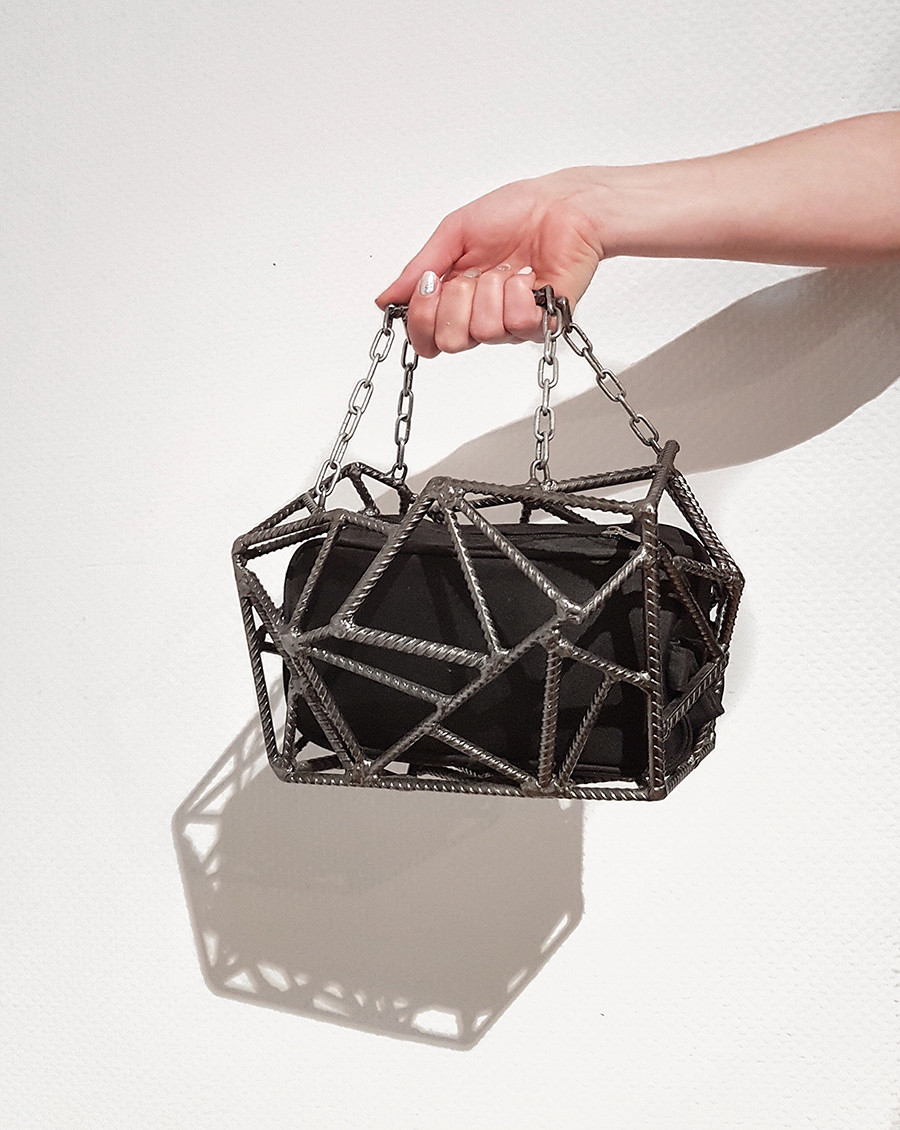 Or just an elephant burger: 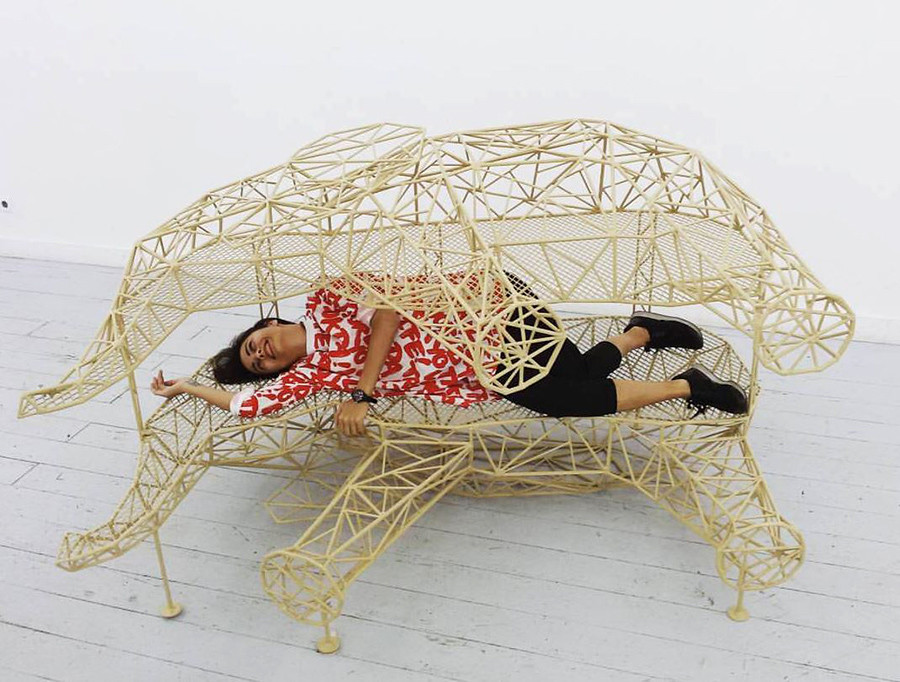 Alexandra inherited her skills from her father, a professional welder. One day she approached him, asking to show how a soldering iron works. He gladly shared his professional secrets, and she fell in love with metal. 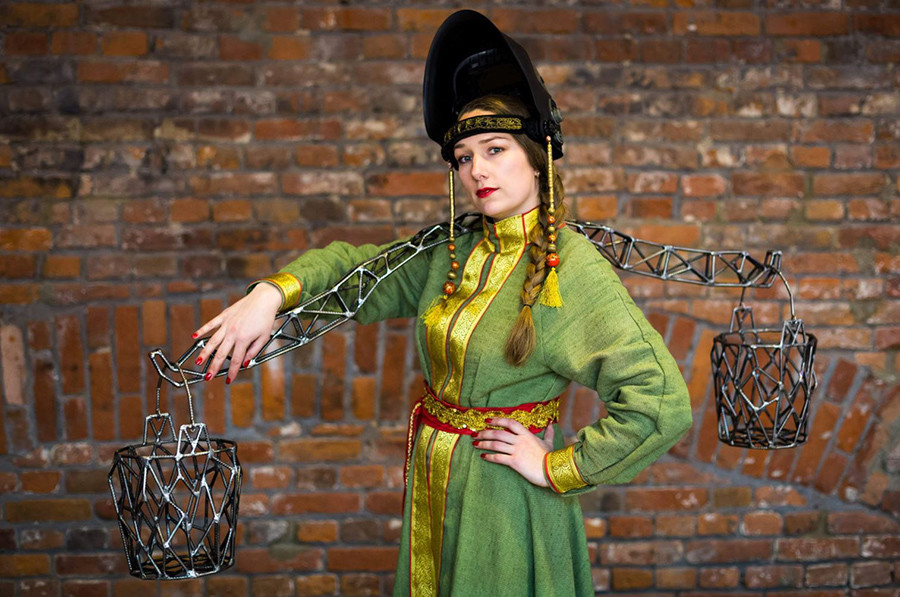 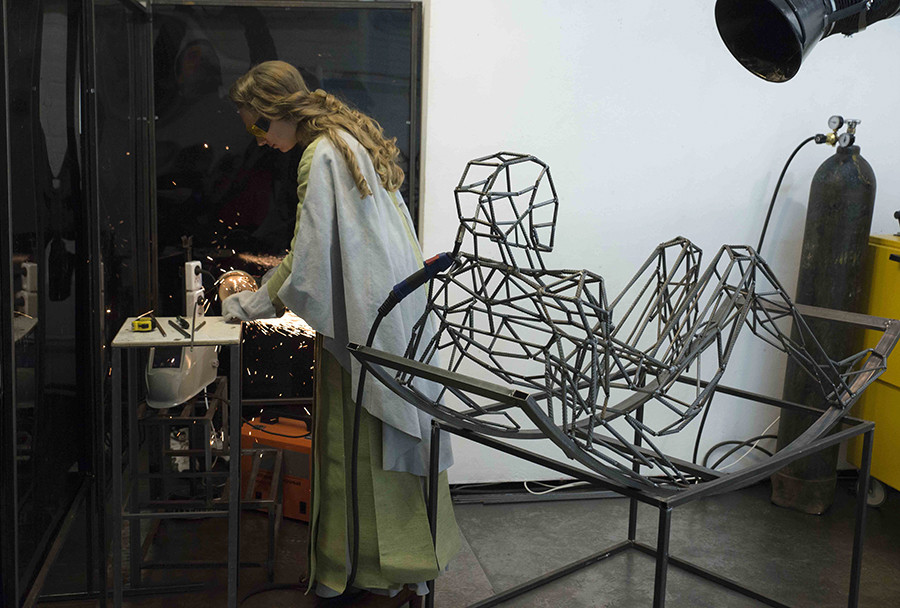 Alexandra will take part in the Burning Man Festival in Nevada in 2019. 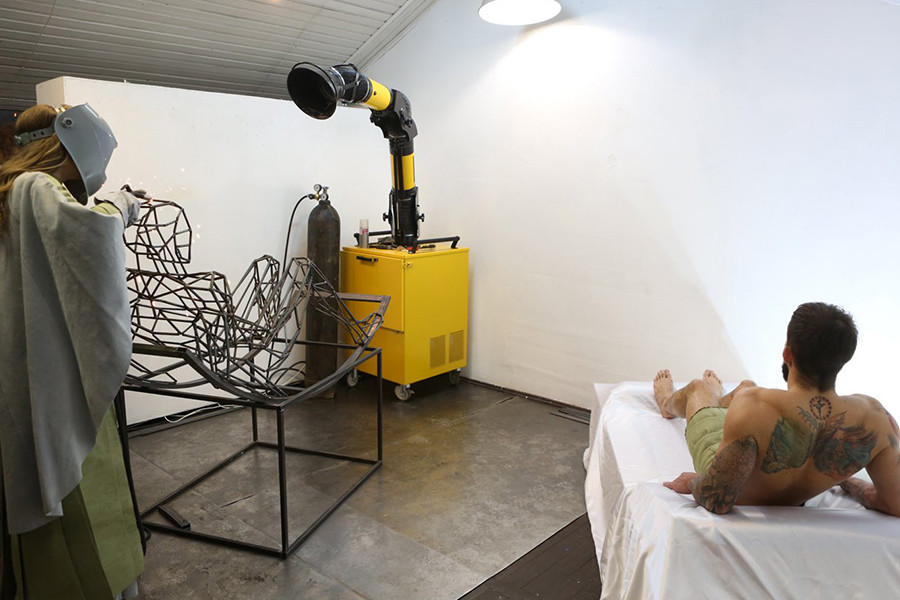 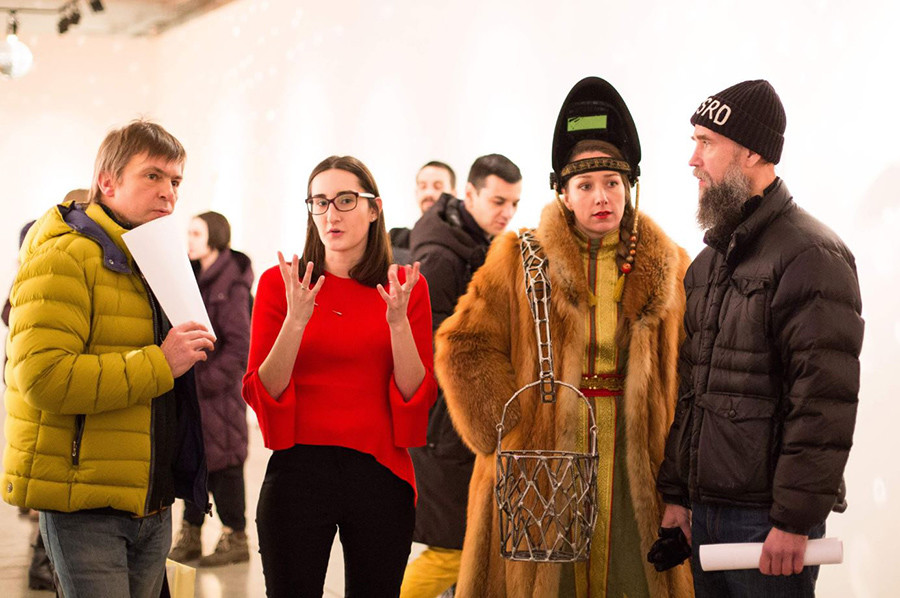 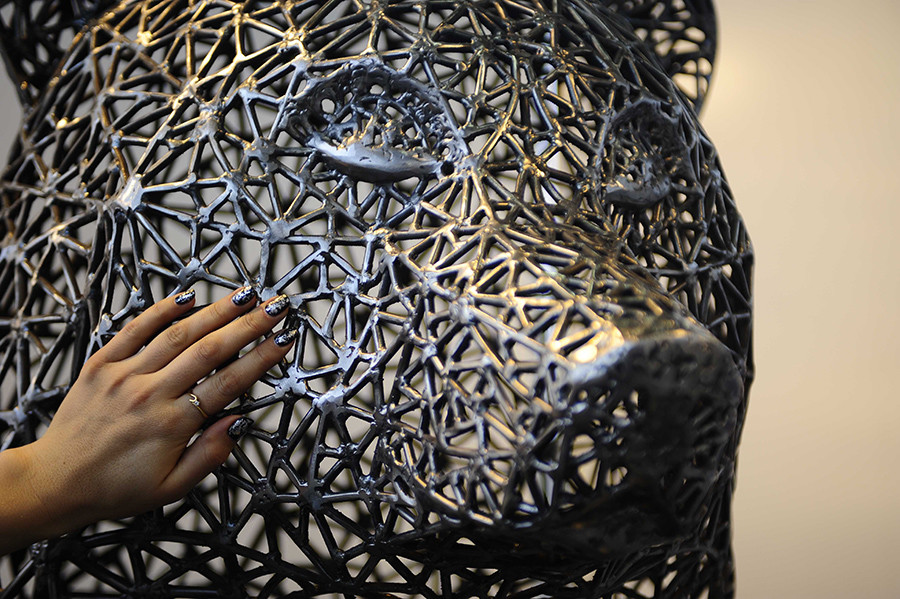 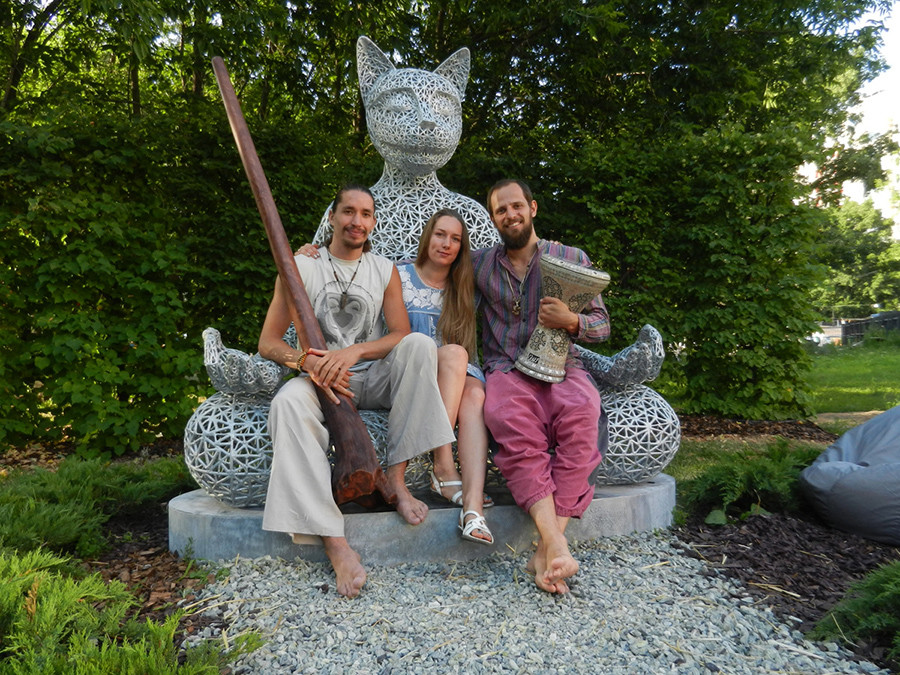 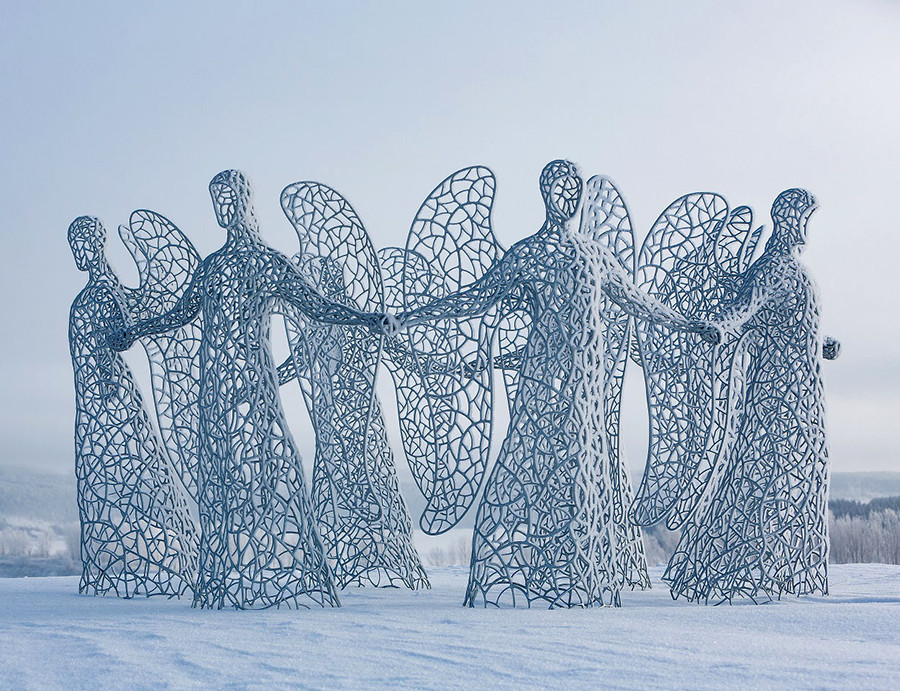 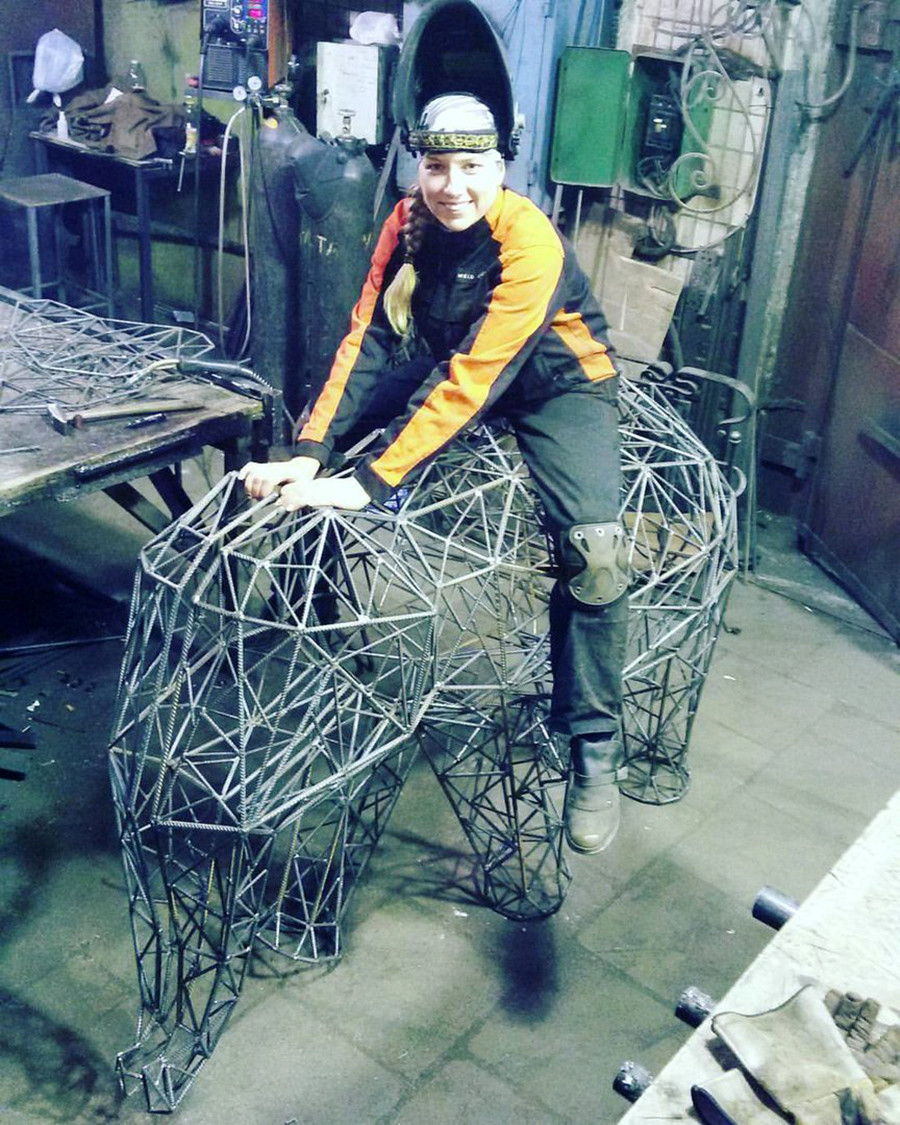 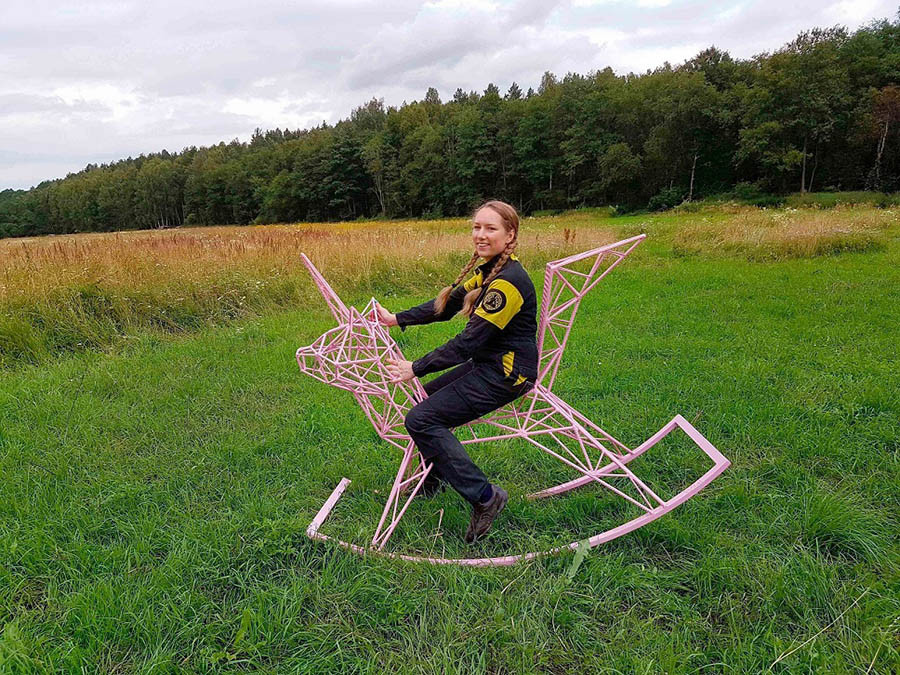