Why today's feminists would hate Lermontov's 'A Hero of Our Time'

Culture
Oliver Bennett
This literary character wasn’t treated nicely in the 19th century, and even the tsar considered him ‘despicable.’ Today, contemporary audiences find him even more disgusting. 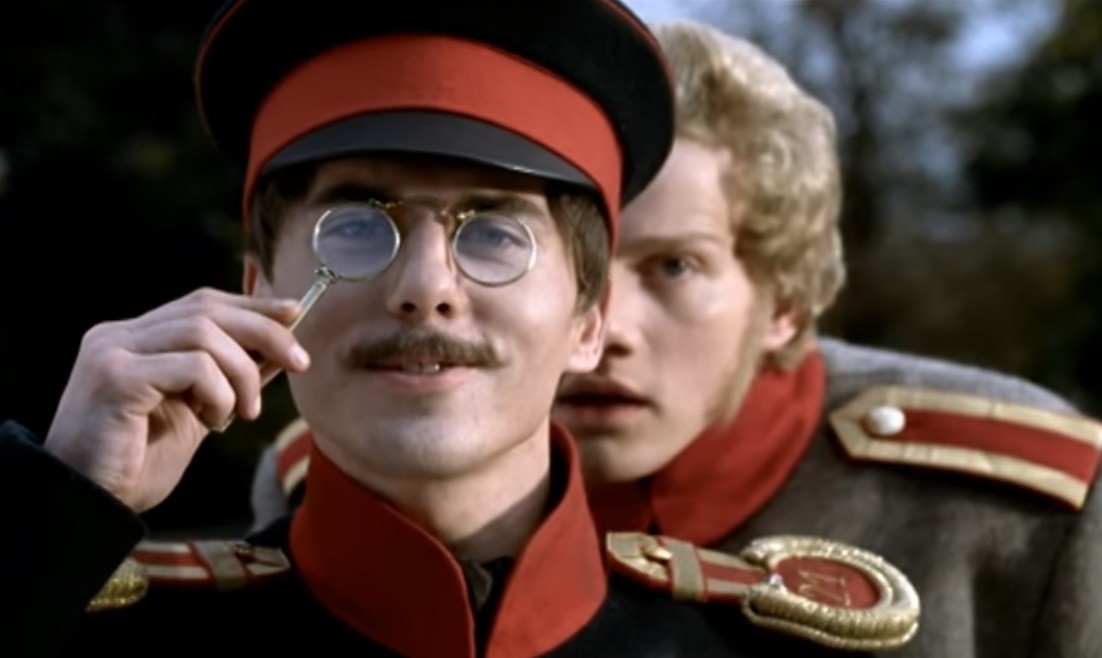 Grushnitsky stand behind Pechorin. A screenshot from 2006 series 'A Hero of Our Time'

Mikhail Lermontov’s 1840 masterpiece, A Hero Of Our Time, is one of the most influential and important Russian novels. It consists of five sections, each revolves around the character of Pechorin, who is often seen as the literary descendent of Eugene Onegin and Byron. He is one of the most ambiguous characters in world literature. He lies, cheats and manipulates his way to get what he wants, and then isn’t sure whether he wants it after all.

Women are more often than not the victims of his manipulations, or a half-desired, half-derided prize to be won. He is casually misogynistic: “Compassion - that emotion that women yield to so easily;” “There is nothing more paradoxical than the female mind;” and “Women only love men they do not know.”

When he first sees Princess Mary he only comments on her appearance. Certainly, this is not an enlightened modern man. But what is the modern reader to make of his actual behaviour towards Princess Mary? Would we view it now as abusive? 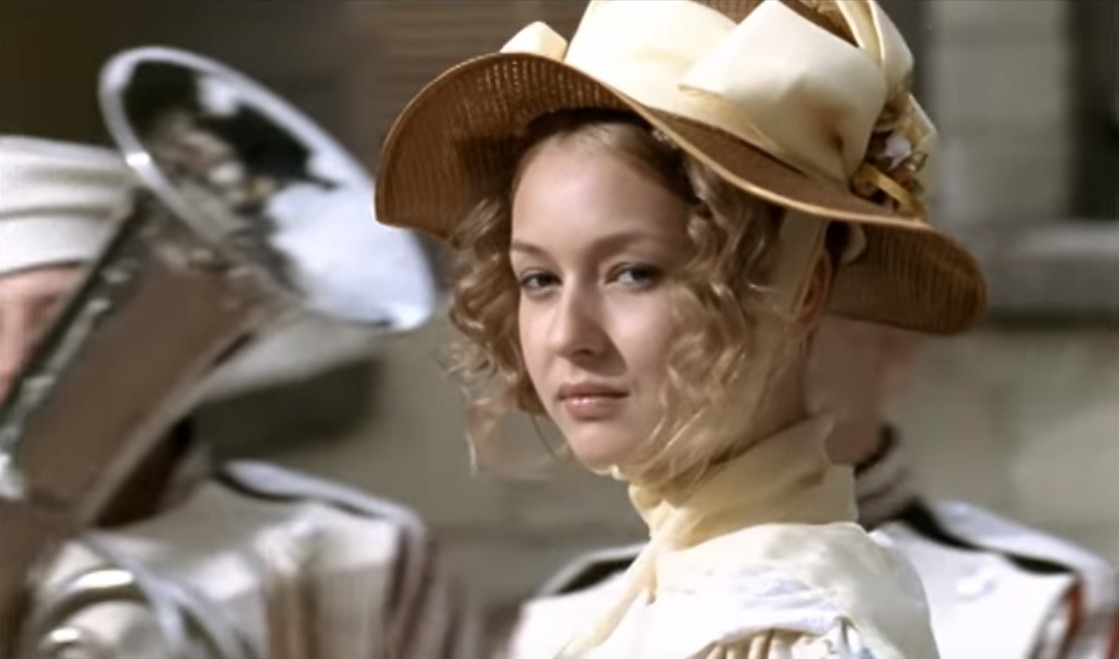 Princess Mary sees Pechorin for the first time. A screenshot from 2006 series 'A Hero of Our Time'

The ‘Princess Mary’ section finds Pechorin bored and restless in a dull spa town. To amuse himself he starts to pursue the Princess. One of his tactics here is now known as ‘negging.’ This is when a man will say something disparaging to a woman to increase her need for the manipulator’s approval. After Princess Mary has performed a song at a tea party, while everyone else is gushing with praise, Pechorin deliberately says “something rather carelessly to her on the subject of her voice.” This makes Mary “grimace” and then curtsey “sarcastically.” Pechorin goes even further by saying that he likes her music because it helps him to sleep.

This episode comes after Pechorin has told the Princess that he is actually very attracted to her. He is consciously destabilising her mind. As the feminist critic Jacqueline Rose said, “the aim of harassment…isn’t just to control women’s bodies but also to invade their minds…it carries a more sinister and pathetic injunction: ‘You will think about me.’”

Perhaps this is not so sinister. Mary is intrigued by and attracted to Pechorin. This could be viewed as forthright flirting. But Pechorin goes further. After playing psychological games with her on the evening of a ball, he finds himself alone with Mary, and “I rapidly pressed her little hand to my lips.” This is not a spur of the moment decision, and earlier he says, “I promised myself that I would not fail to kiss her hand that evening.” So this is a premeditated invasion of Mary’s body. Note the subtle suggestion of her physical powerlessness here: “her little hand.” 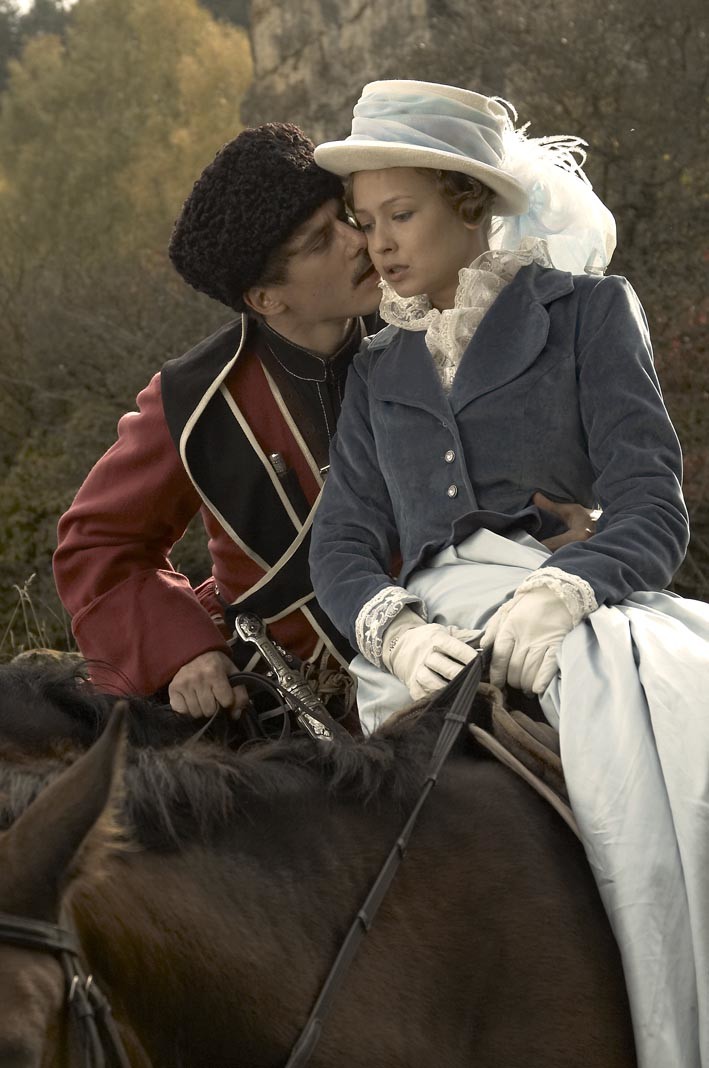 Pechorin and Mary on a horse walk. A screenshot from 2006 series 'A Hero of Our Time'

Pechorin’s behavior escalates in his next interaction with Mary. They ride next to each other in the mountains to watch the sunset. Separated from the rest of the group, Mary feels faint when crossing a mountain stream and swoons in her saddle, Pechorin puts his arm around her waist and reassures her, “she was about to disengage herself from my arm, but I clasped her tender, soft figure in a still closer embrace.” Then he kisses her and she shudders.

Pechorin is clever; he doesn’t make a physical advance out of nowhere. He seizes an opportunity to exert power over Mary and claim her body.

Why read the book today? 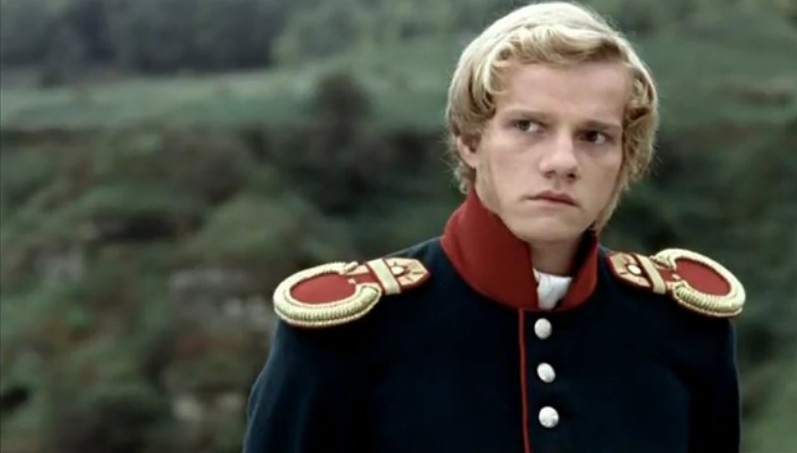 Actor Yuri Kolokolnikov as Grushnitsky. A screenshot from 2006 series 'A Hero of Our Time'

On the novel’s publication in 1840, Pechorin was viewed suspiciously. Tsar Nicholas I called him ‘despicable.’ But to a modern eye these moments read as abusive. So how does this impact the modern reader’s experience? What is the point of reading the diary of a sexual abuser in which the women have so little agency?

Lermontov has given us many ambiguities and layers that make it a rich and complex reading experience. We are not just reading the boasts of a swaggering man. We are not supposed to cheer Pechorin on. Lermontov subtly draws our attention to Pechorin’s unconscious contradictions. He criticises Grushnitsky for playing a role, for wanting to be a hero of a novel, but he is just as guilty of this himself. He sees his life in literary terms: “I have been the necessary character of the fifth act.”

As the critic James Wood writes, “he is really a romantic parodist.” He is trapped within the Byronic ideal, but is constantly retracting from it. He says he doesn’t care what people think, but spends his time trying to control their thoughts. Lermontov invites us to see these contradictions and insecurities of this weak and melancholy man. As the philosopher Judith Butler writes: the performance of masculinity is always melancholic, because the performer knows that the role he is performing is only skin deep.