These cartoons by a Russian comedian are obsessed with death, pain, and relationships (PICS) 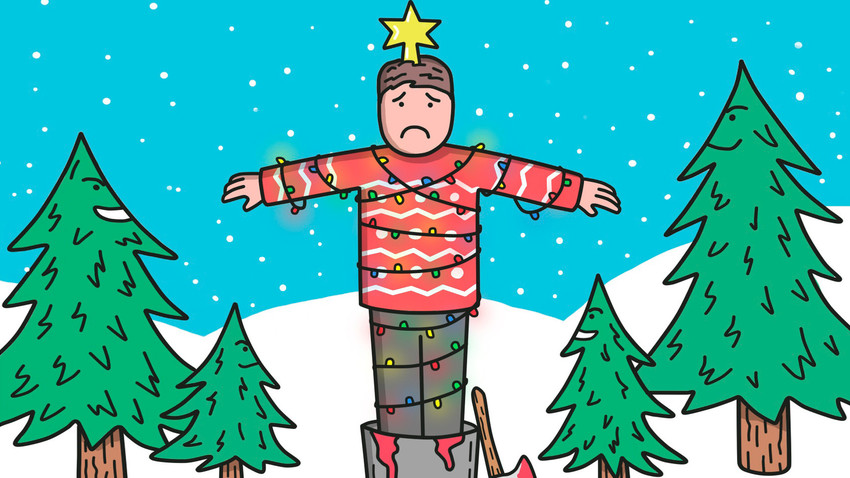 dmitripiankov
We hope you don’t find Dmitri Piankov’s characters too close to home. If they are, you’ll probably see the funny side (when you’ve stopped crying).

Young stand-up comedian Dmitri (Dima) Piankov draws ironic comics and publishes them in social networks under the handle dmitripiankov. He’s been doing stand-up for three years, but started publishing drawings, laced with irony and gallows humor, only quite recently. 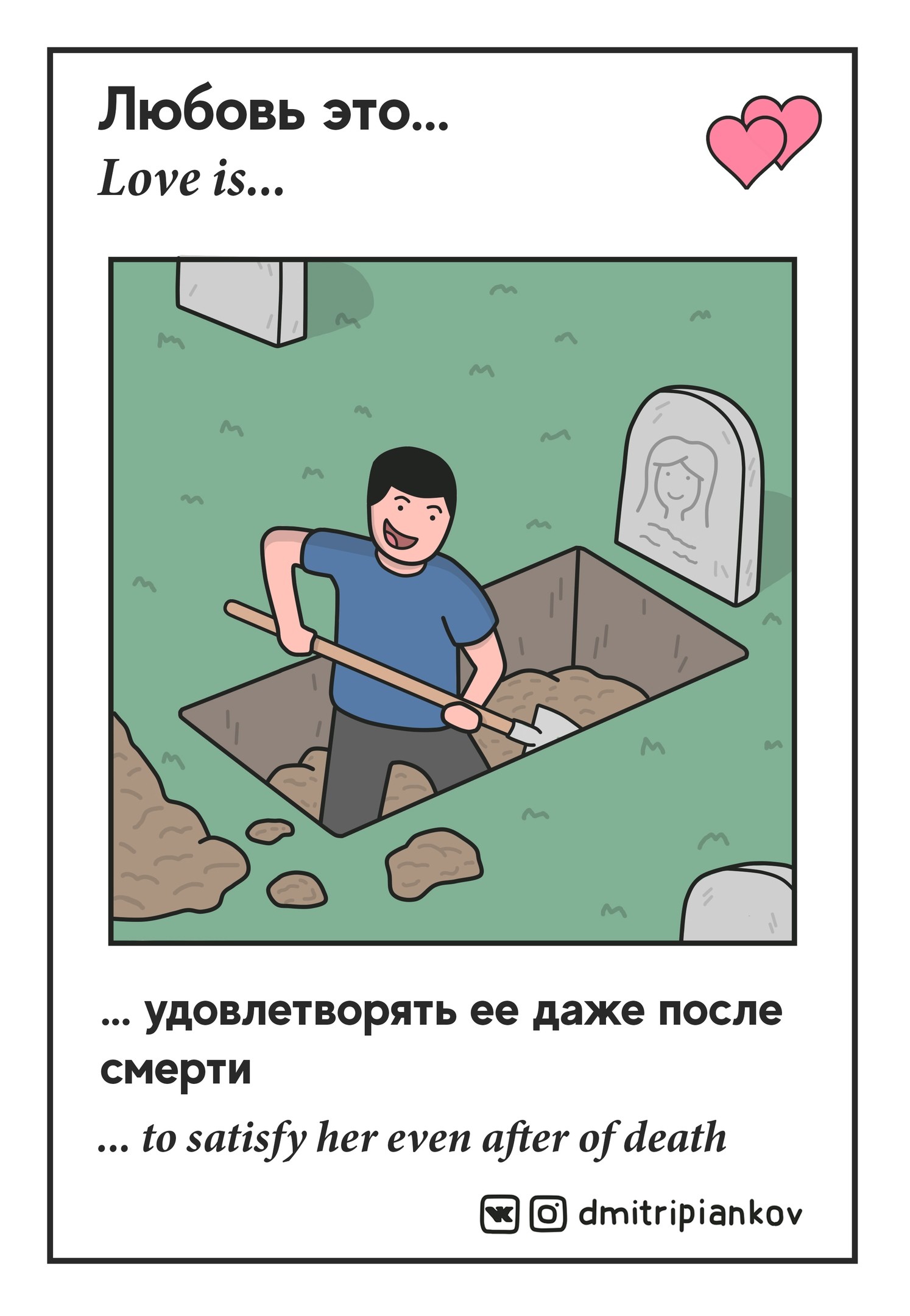 ...to satisfy her even after death”

It all started when Dima deleted all photos of his cat. That was basically his entire Instagram account. Instead, he began posting his own drawings, and in response got polite messages like: “Why’d you delete the cat pics, you dork? Who needs your stupid drawings?” says Dmitri. 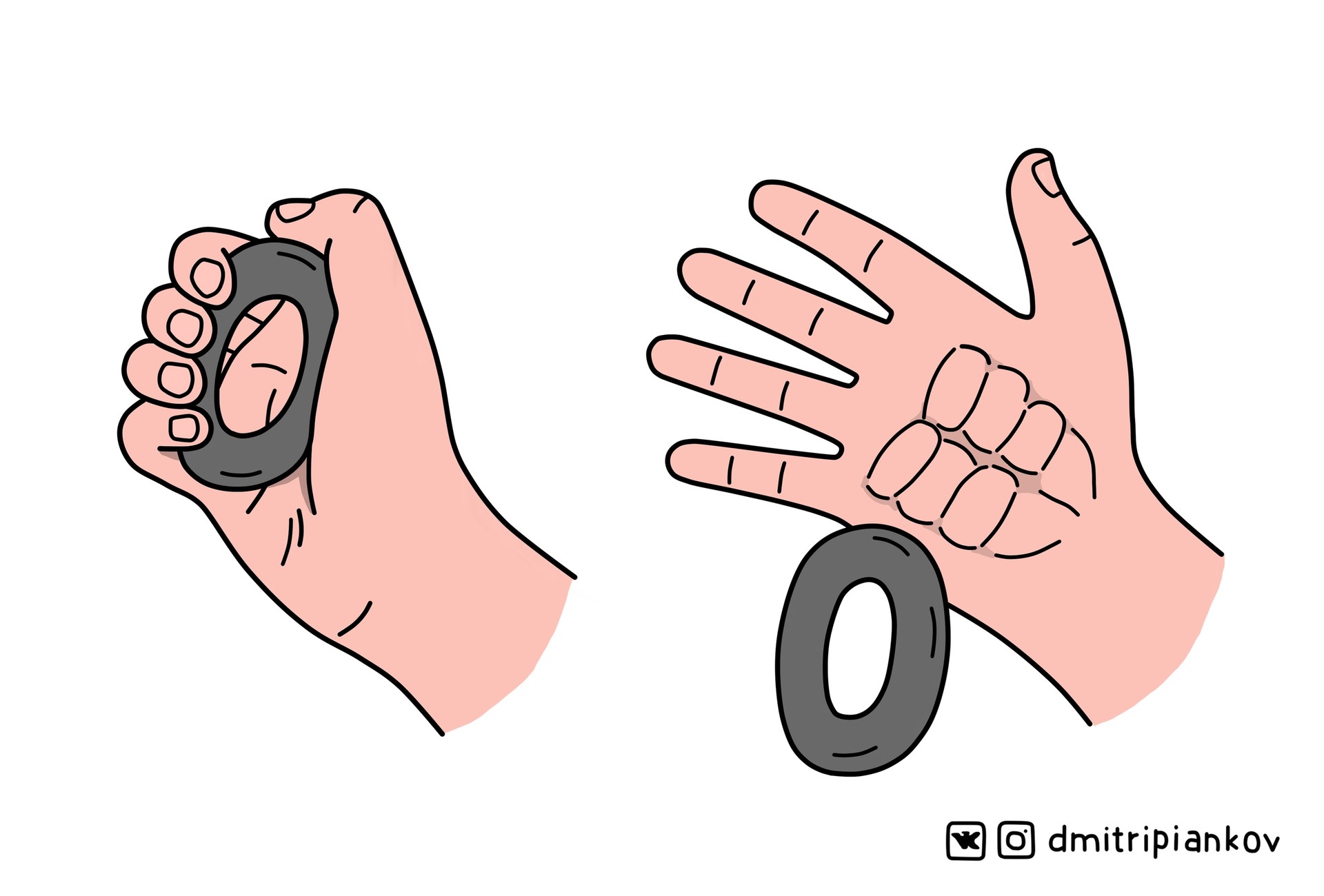 But the drawings attracted admirers, too. Piankov, 20, says that they turned out far more profitable than stand-up comedy (his social media accounts are full sarcastic comments about the fate of provincial stand-up rookies; Piankov himself is from Novosibirsk): “Sometimes I can make as much for one drawing as for a whole gig.” He is now a cartoonist for hire. 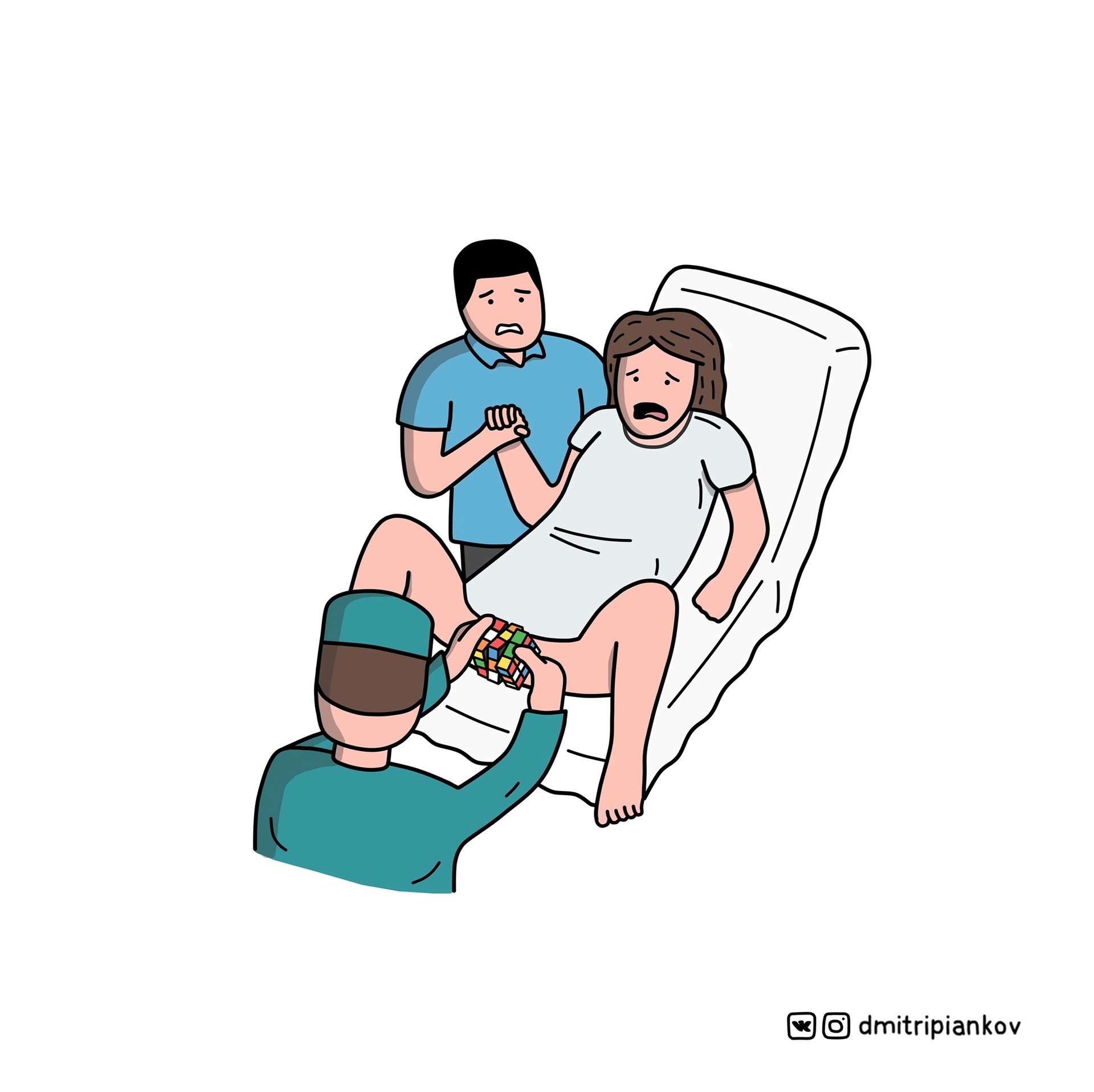 Piankov used to draw superheroes and sketches for himself. That was until he saw an interview with popular artist Pokras Lampas (check out our piece on him here). He was so inspired that the very same evening he drew his first work and posted it online.

Sometimes his creations are Black Mirror-esque. 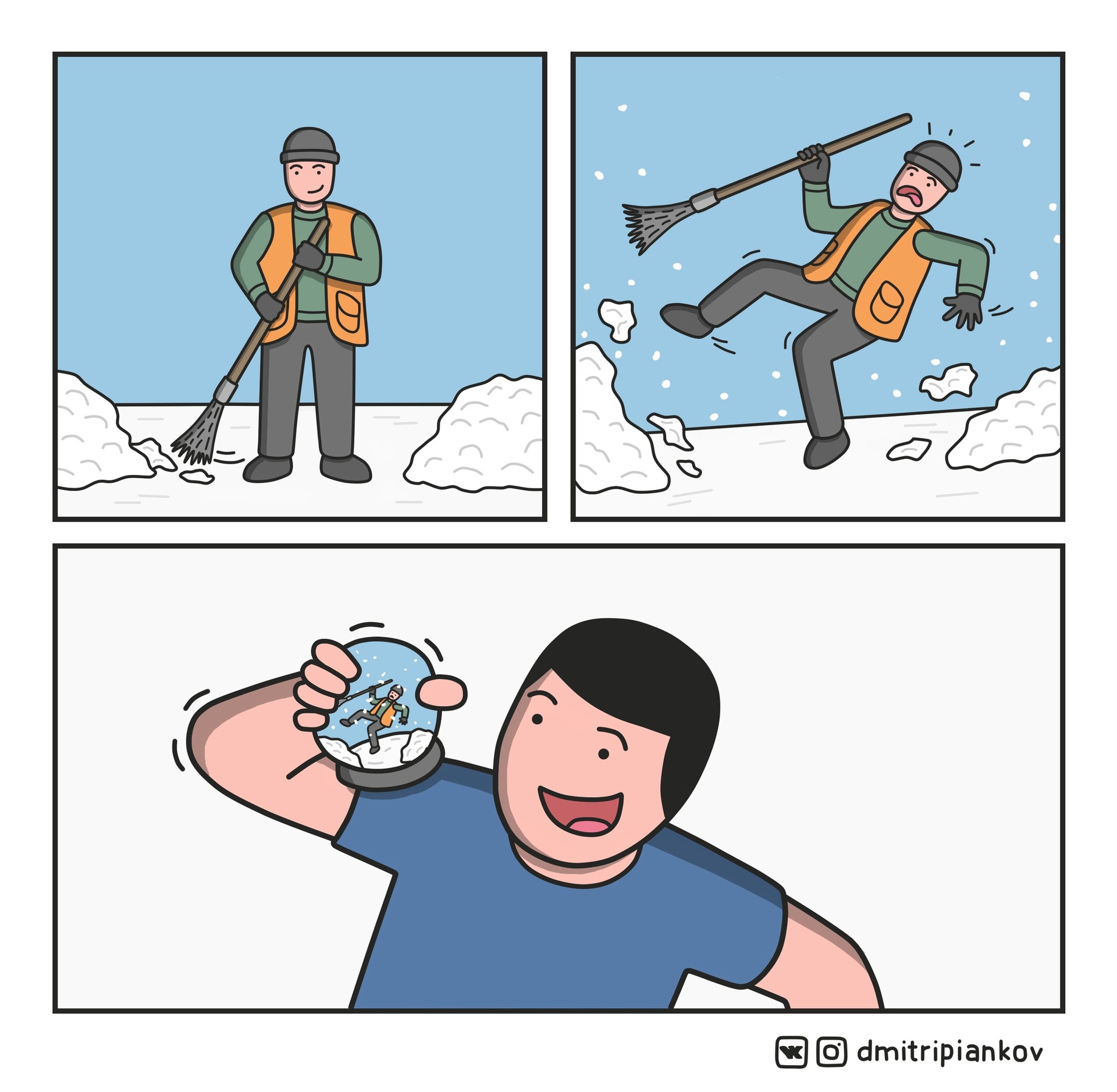 Or just a macabre New Year “fairytale” about vengeful trees... 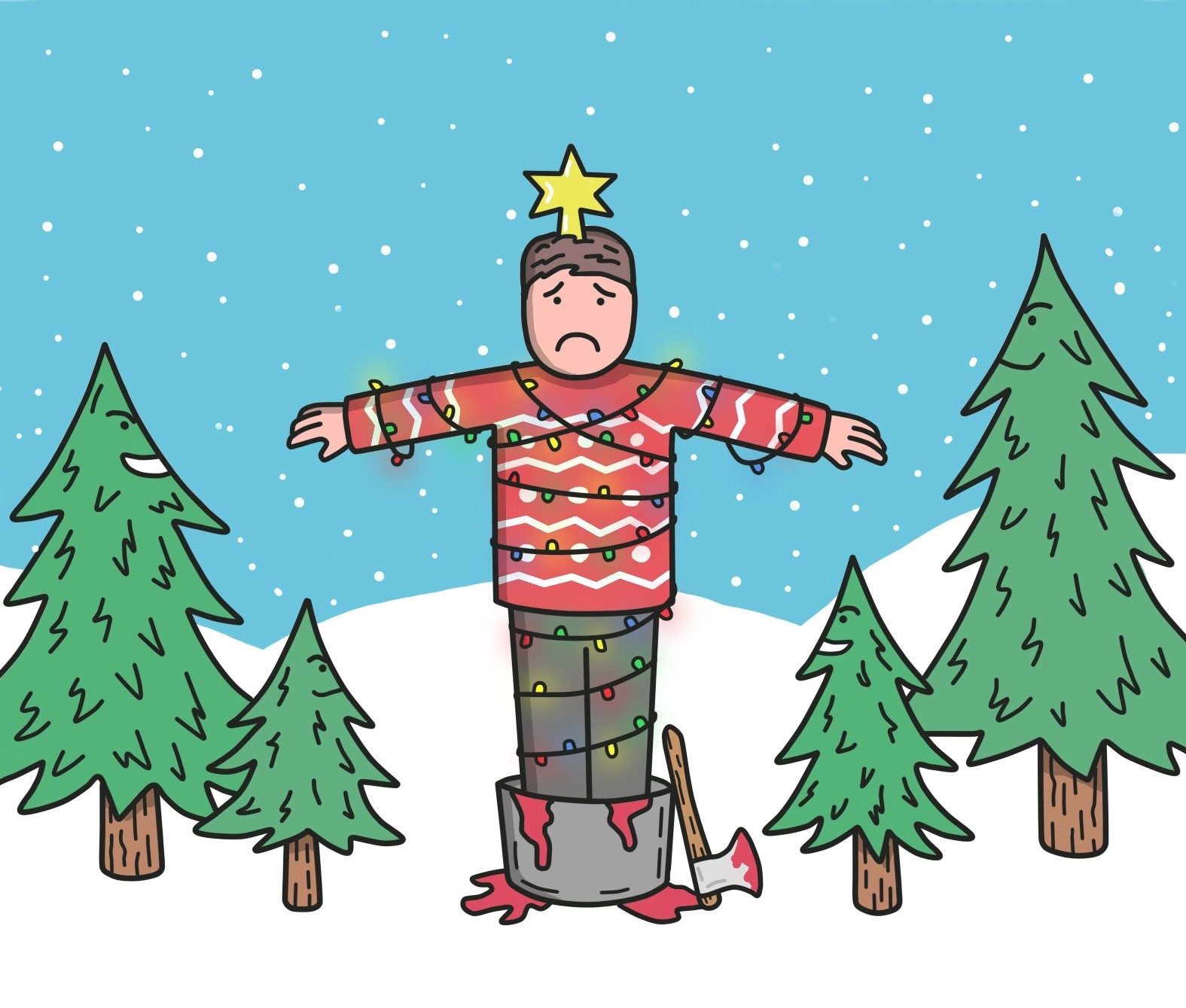 He also produces sketches about relationships and “true” love. 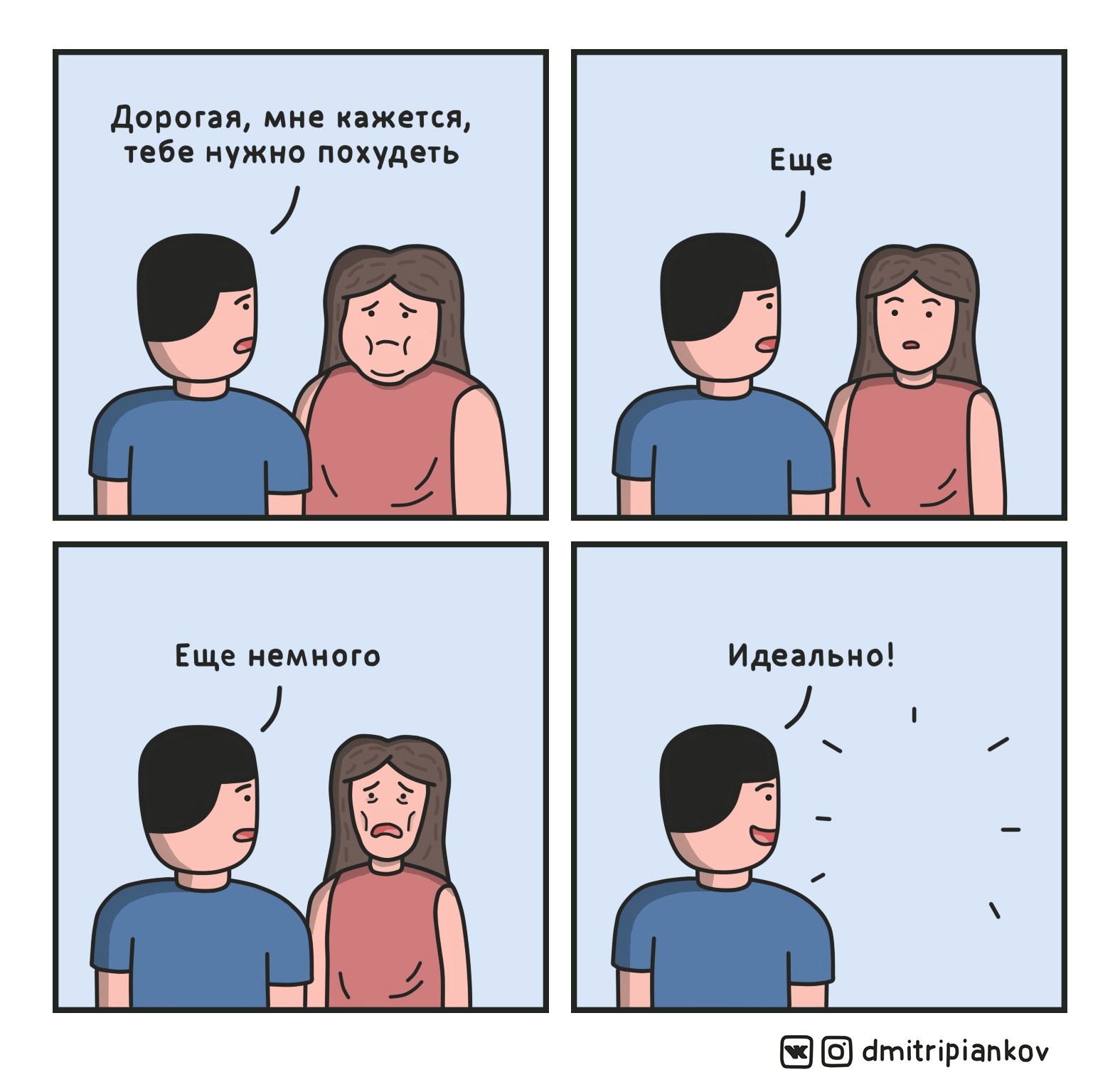 “Honey, I think you need to lose weight 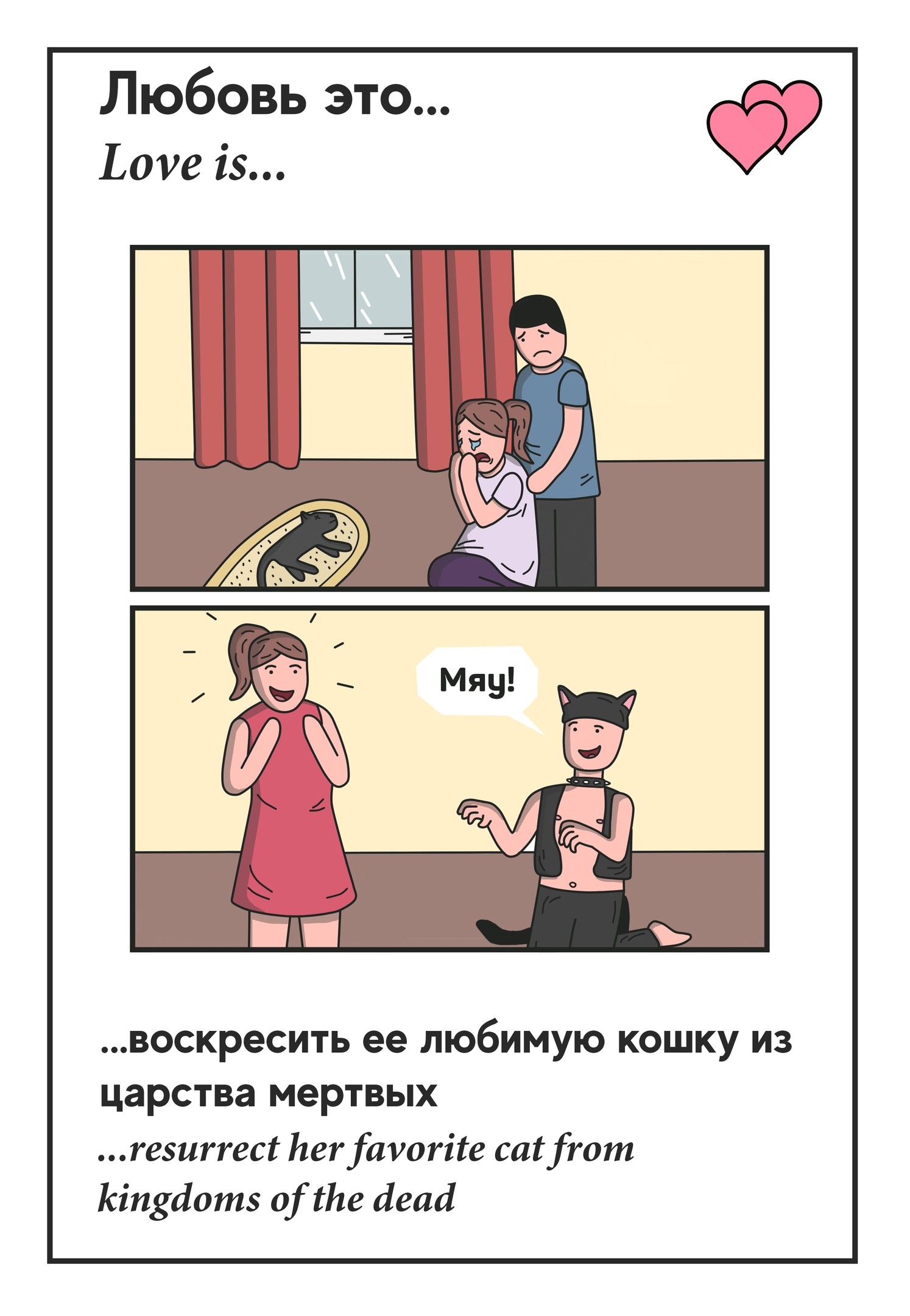 ...to resurrect her favorite cat from the kingdom of the dead”

Here’s how most men feel when out shopping with their girlfriend at this (or any) time of year: 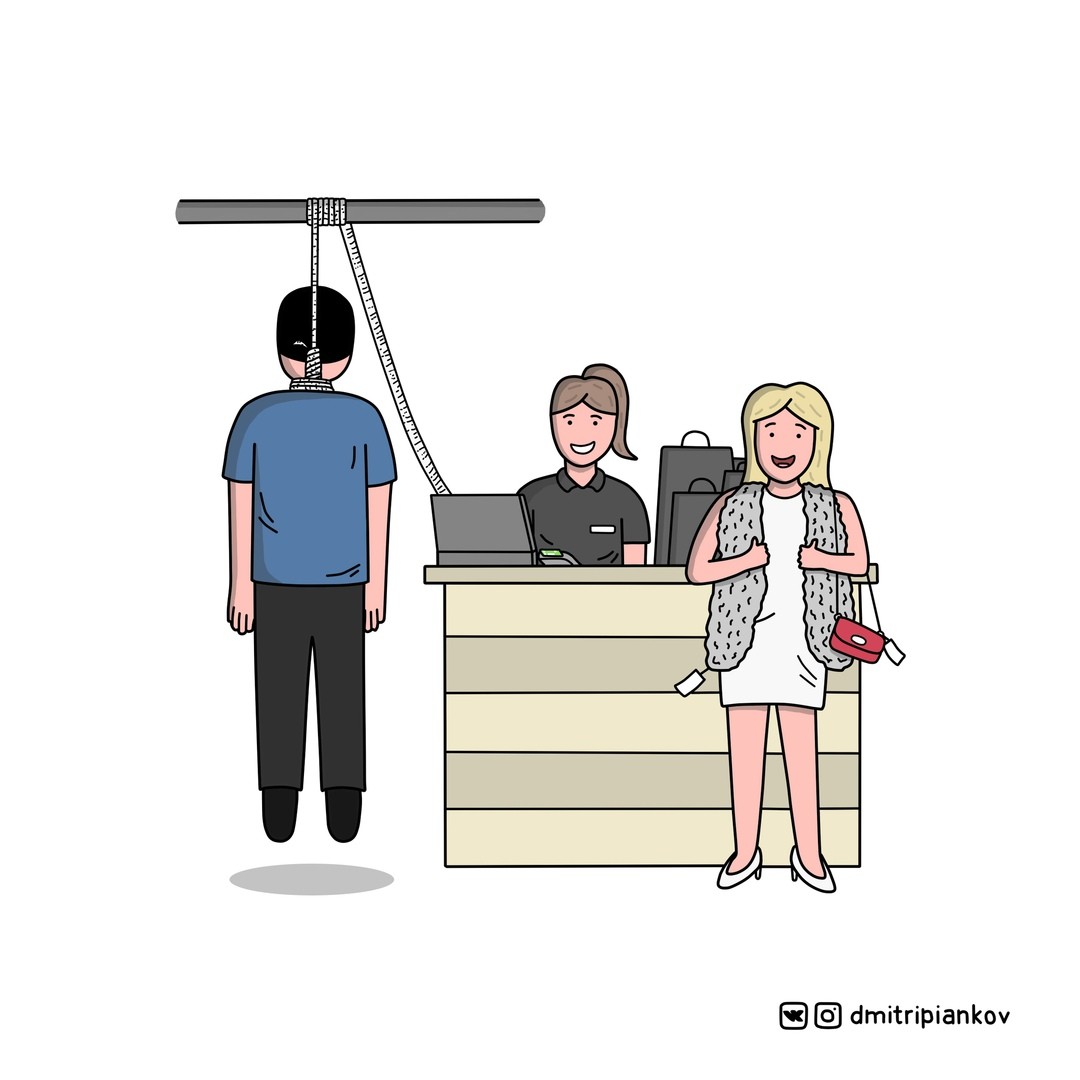 We don’t recommend this solution, although… 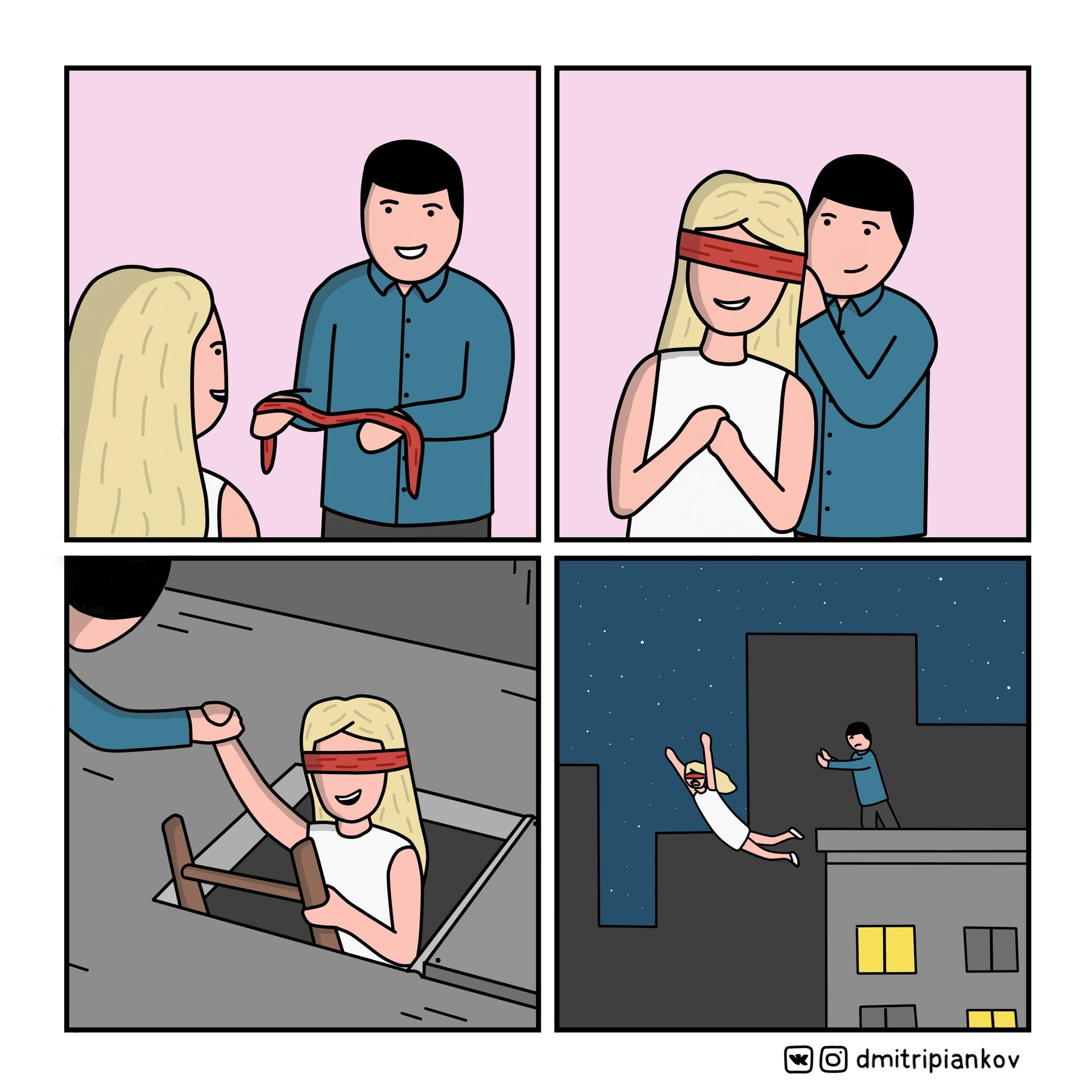 Does this look (or smell) familiar? 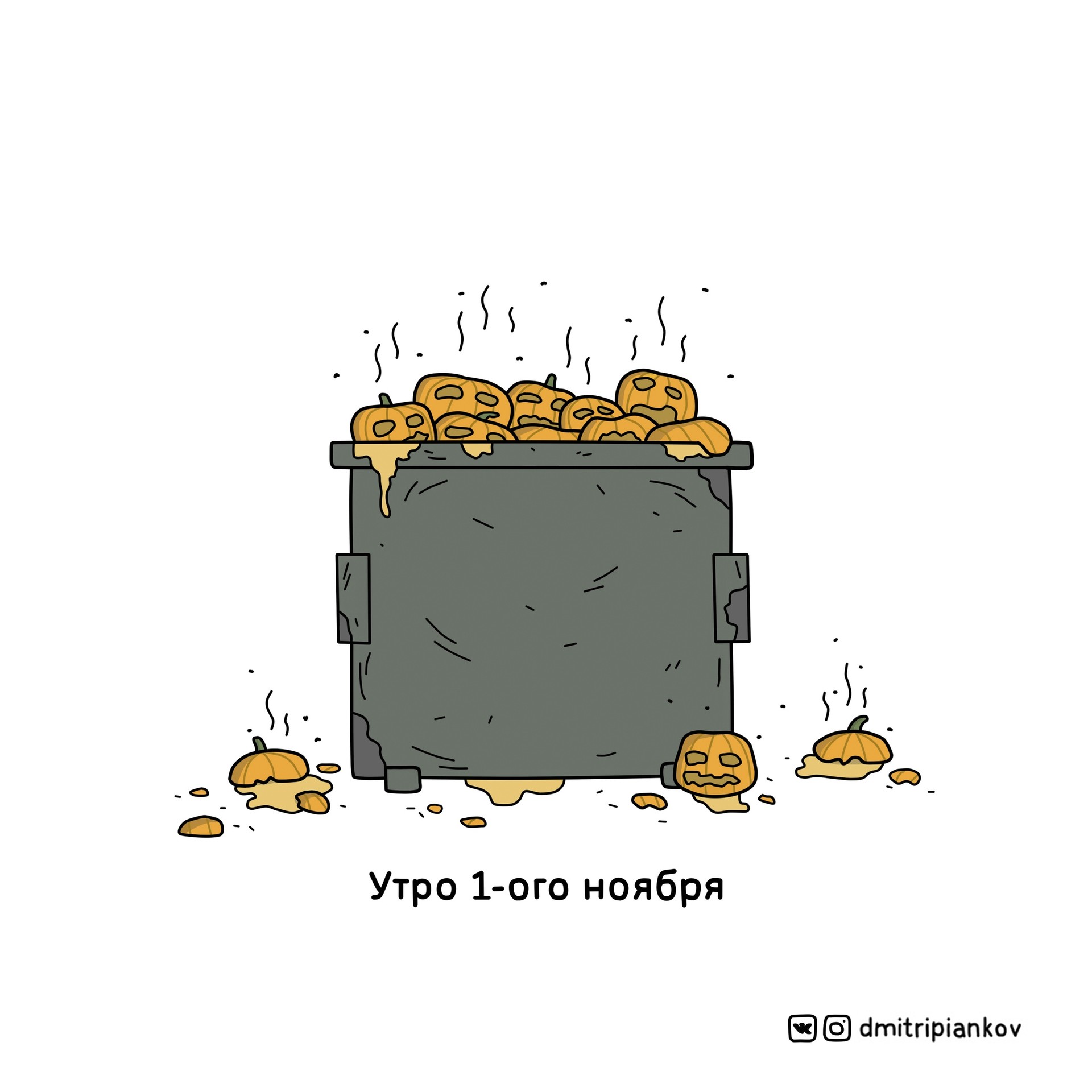