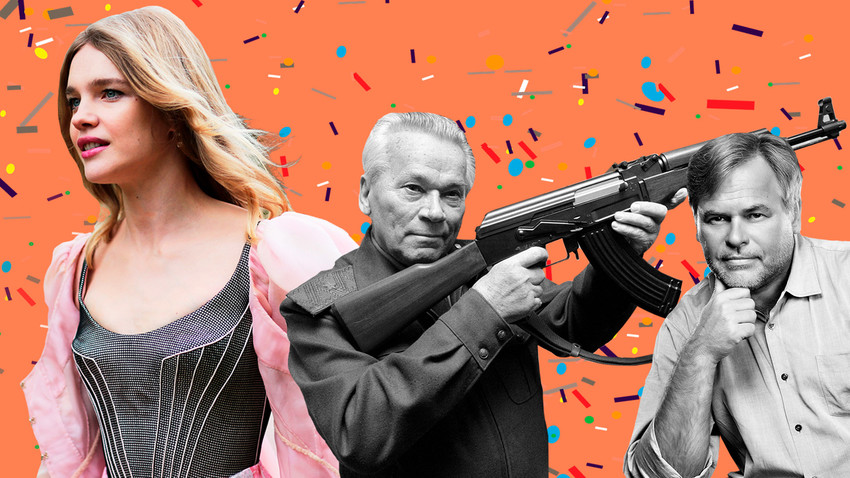 Getty Images, Vladimir Vyatkin / Sputnik/Global Look Press
These people have managed to gain iconic status far beyond the country of their birth. It may well be that you know them even better than your own celebrities, politicians, and monarchs. 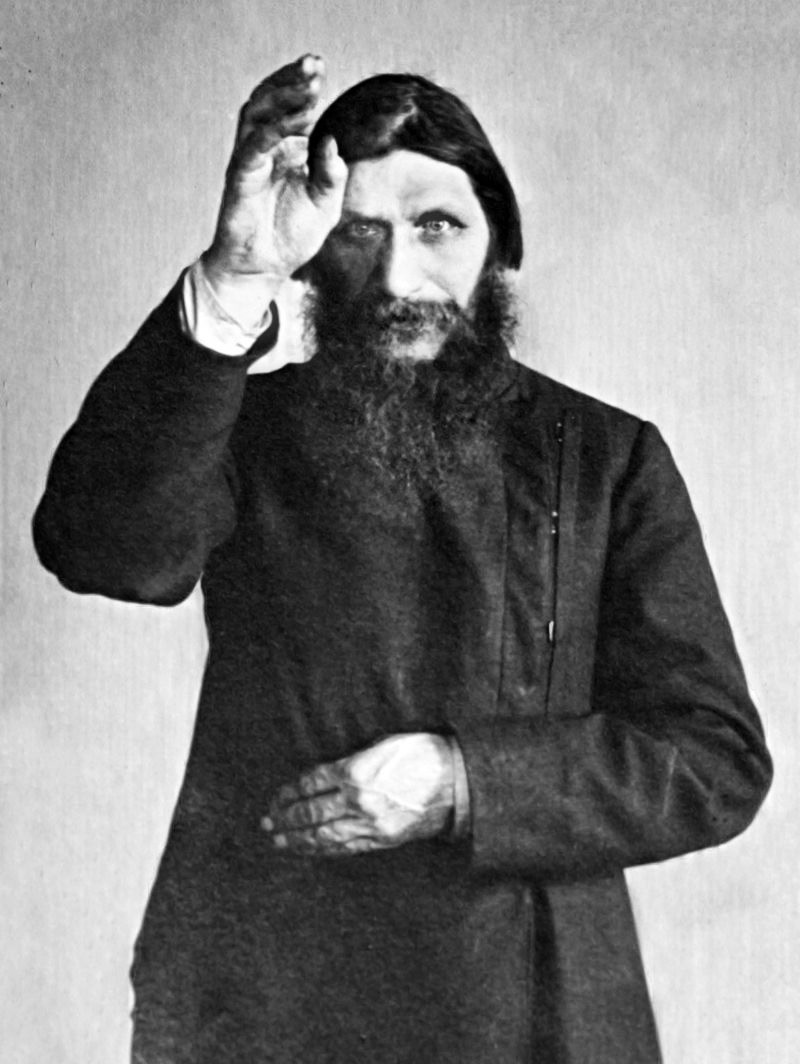 No one knows for sure who exactly the "royal healer" Rasputin was - a man who came to St. Petersburg from Siberia (that is to say, from nowhere) and very quickly gained popularity among aristocrats.

One way or another, worldwide Grigori Rasputin is perhaps better known than Russian tsars. His controversial character fits perfectly into screenplays, songs, counterculture, and stereotypes about Russians. 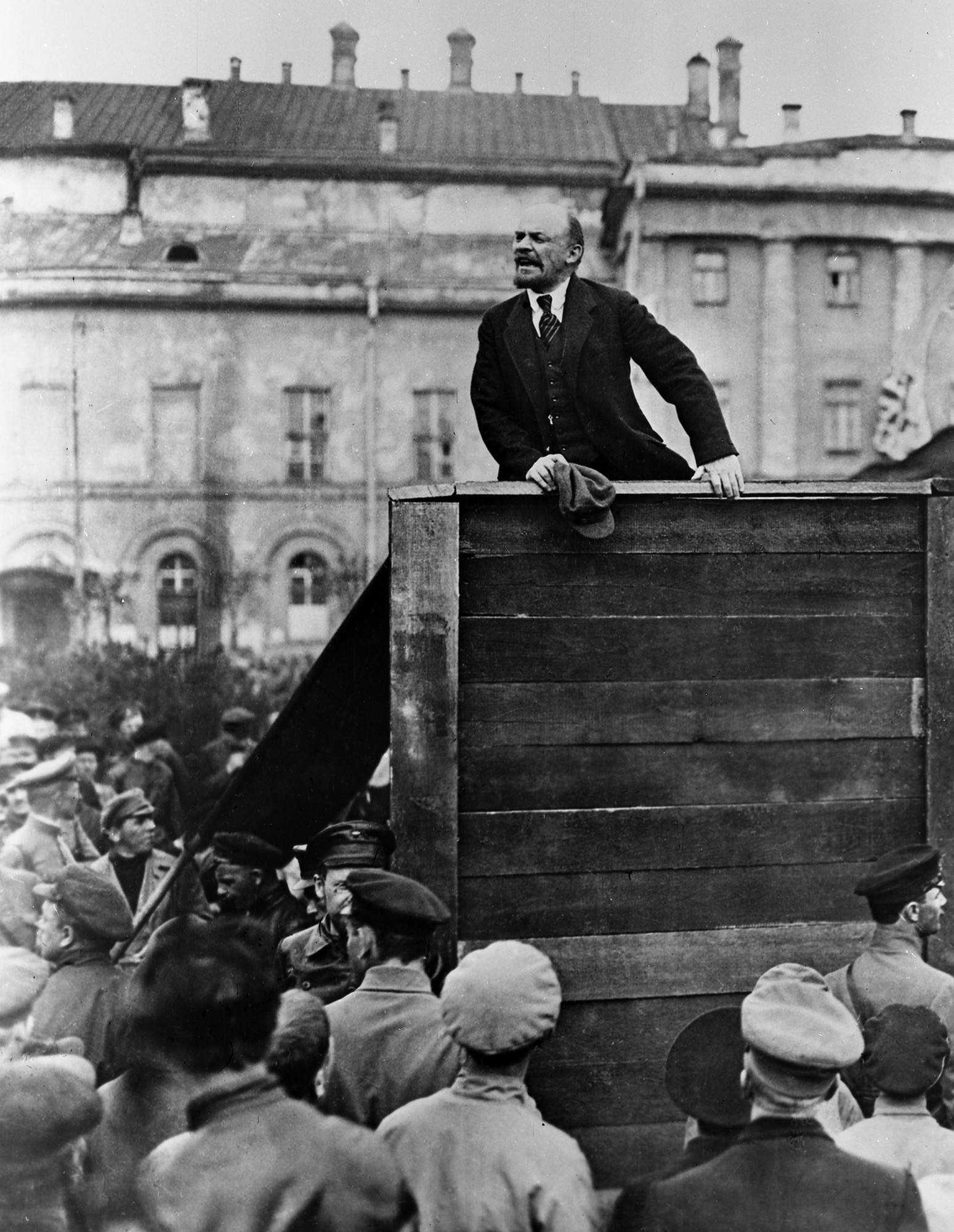 Russia's most famous revolutionary, Vladimir Lenin, was an idol to millions of people not only in the Soviet Union but around the whole world. A communist who overthrew a centuries-old monarchy; an ideologue who inspired the masses; a philosopher; a man who destroyed the class system and started a new community of people - the Soviet people.

Lenin's legacy is so huge that it will never be forgotten: his embalmed body is still one of the most popular attractions in Red Square, whereas elsewhere in the world Lenin still remains the most translated Russian author (with Dostoevsky and Tolstoy lagging far behind). 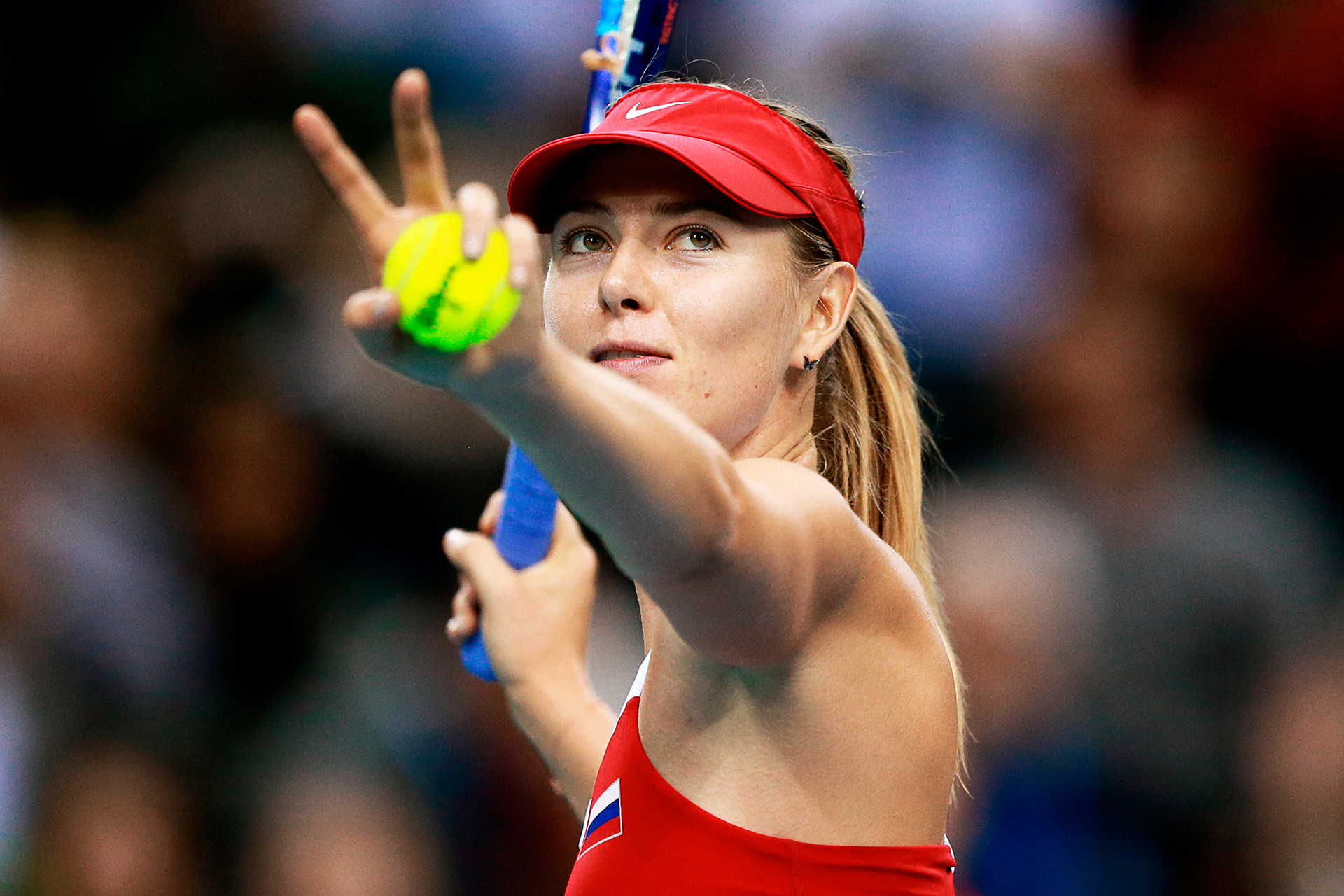 She was 18 when she became the world's No 1 ranked tennis player. Maria has won all four major Grand Slam tournaments (Australian Open, French Open, U.S. Open, and Wimbledon), a ranking in the top ten highest-paid female athletes according to Forbes (total earnings: $10.5 million), the fatal admission that she used Meldonium, and a confident return to elite sport after a ban.

Despite the fact that she has been living and training in the U.S. for more than 20 years, Sharapova still considers herself 100-percent Russian, and Russians adore her: "I have Russian blood, I speak Russian at home; in general, I think of myself as being Russian rather than American." In 2017, she donated $40,000 to Russian orphans. 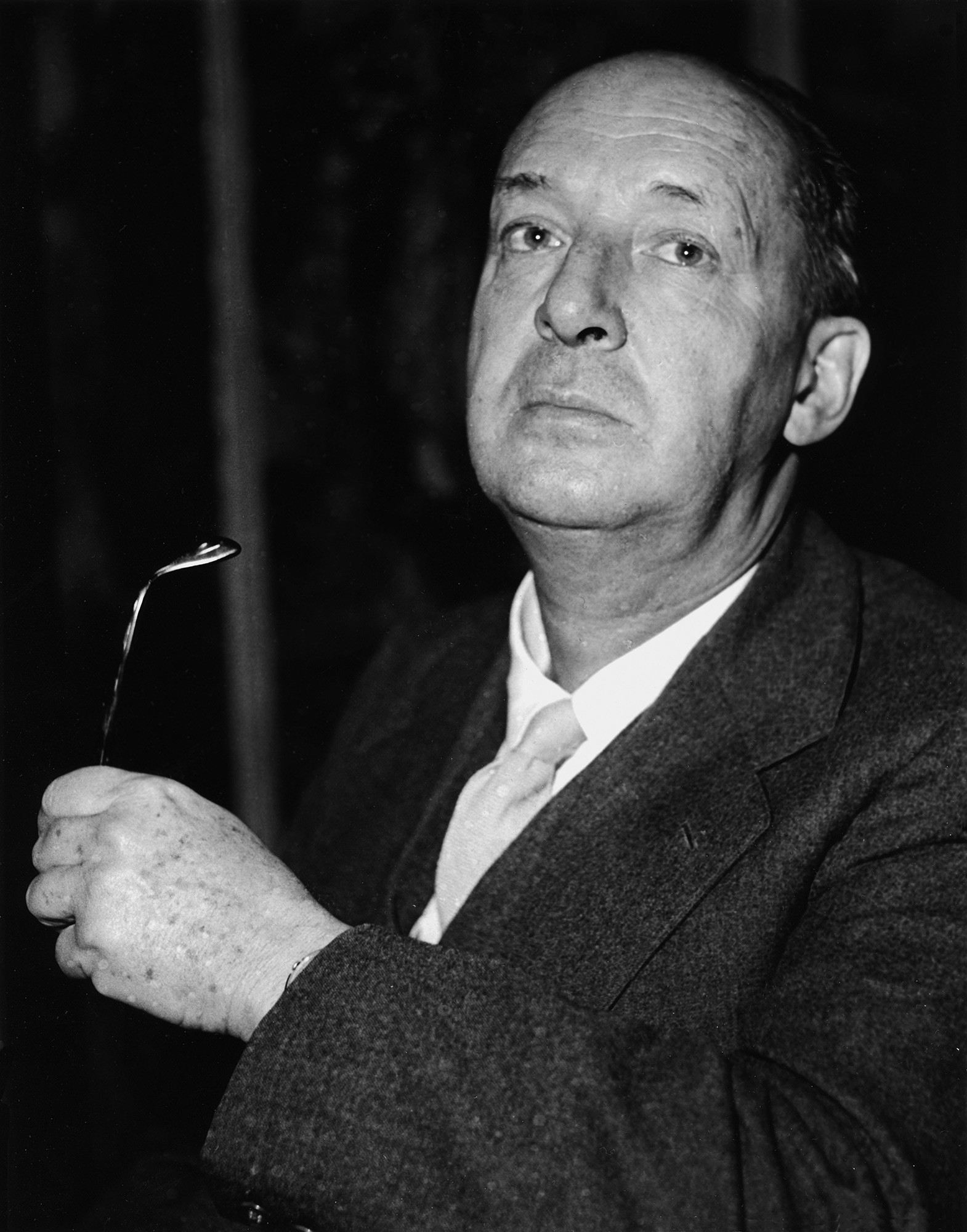 "My head speaks English, my heart speaks Russian, and my ear speaks French," Nabokov used to say about himself. The Russian-American author spent most of his life in exile, but even there he continued to produce outstanding novellas about Russians and brilliant Russian literature. For nearly 20 years, he taught world and Russian classical literature in American universities, often offering a new intellectual interpretation of the best-known classics.

His novel Lolita  caused a sensation in the literary world, but the scandalous story about a middle-aged man and a 12-year-old girl prevented him from receiving the Nobel Prize (he was nominated four years in a row). Nevertheless, this book is now No 4 in the Modern Library list of the 100 best novels of all time. 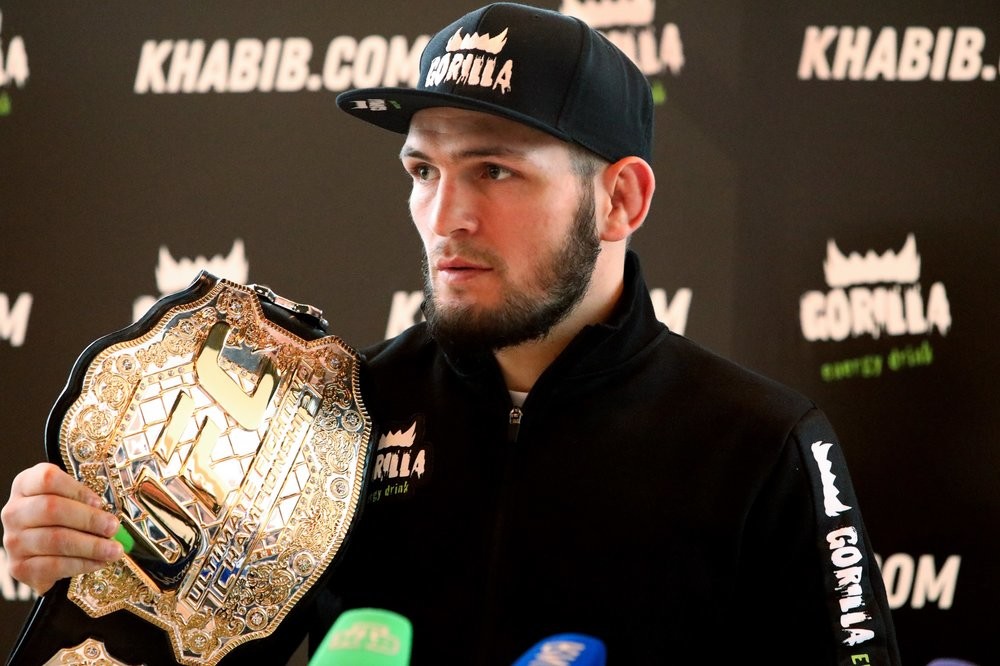 Worldwide success came to Khabib even before his infamous fight with Conor McGregor in 2018. But this time, the UFC fighter from the Russian Republic of Dagestan took the title of the mixed martial arts champion and definitively established himself as a person who can "kill with his bare hands" anyone who happens to be in the cage with him. “The Eagle” (as he calls himself) remains undefeated.

At the age of nine he fought with and knocked down a bear (what a tough everyday life Russian children have, huh?) After that incident, his father, who was also his coach, decided that Khabib had "potential." 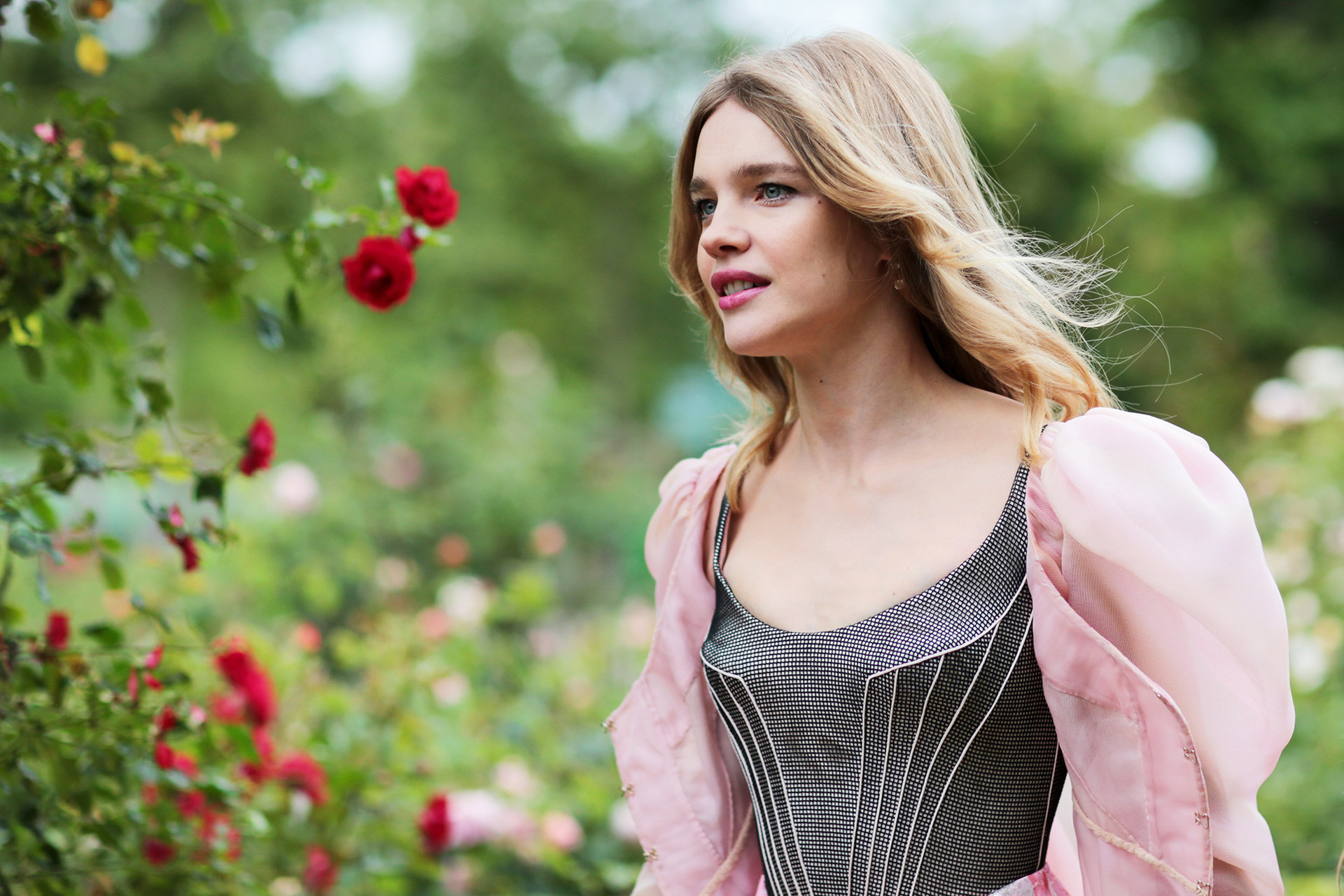 Natalia Vodianova, the most recognizable Russian top model, a philanthropist, a businesswoman and a mother of five, embodies the dream of millions of people: a girl from the provinces, from a poor family, who instantly made it to the top of the Parisian fashion world. Jean Paul Gaultier said of her: "A combination of immaculacy and sexuality! A child and a woman at the same time!" In Russia, Vodianova is loved and admired, above all, for her public work. Her Naked Heart Foundation supports children with special needs, builds specialized centers and playgrounds for them throughout the country, and organizes charity races that are attended by the rich and glamorous. Furthermore, she continues to remain outside politics. 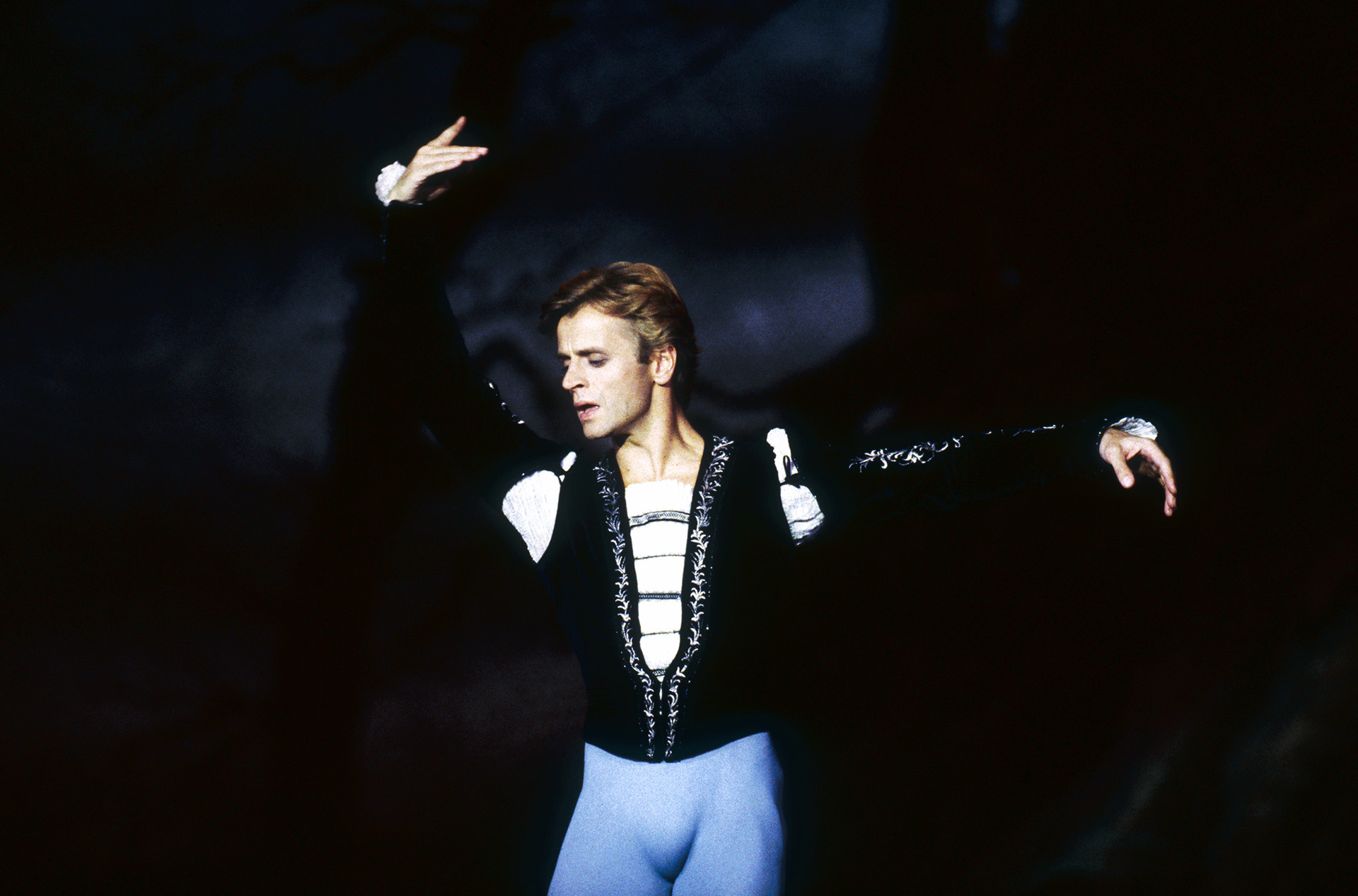 One of the most famous Soviet defectors, choreographer Mikhail Baryshnikov, became the face of Russian ballet in America. His virtuoso technique and incredible physical strength made him one of the greatest dancers of the 20th century. He later moved to the U.S., where he founded the Baryshnikov Arts Center in New York. Joseph Brodsky dedicated a poem to him, Liza Minnelli adored him. Mishe (as he is called in America) also built a successful acting career: he was in Sex and the City, he acted in films, receiving Golden Globe and Oscar nominations, acted on Broadway and in TV shows for which he received an Emmy three times. 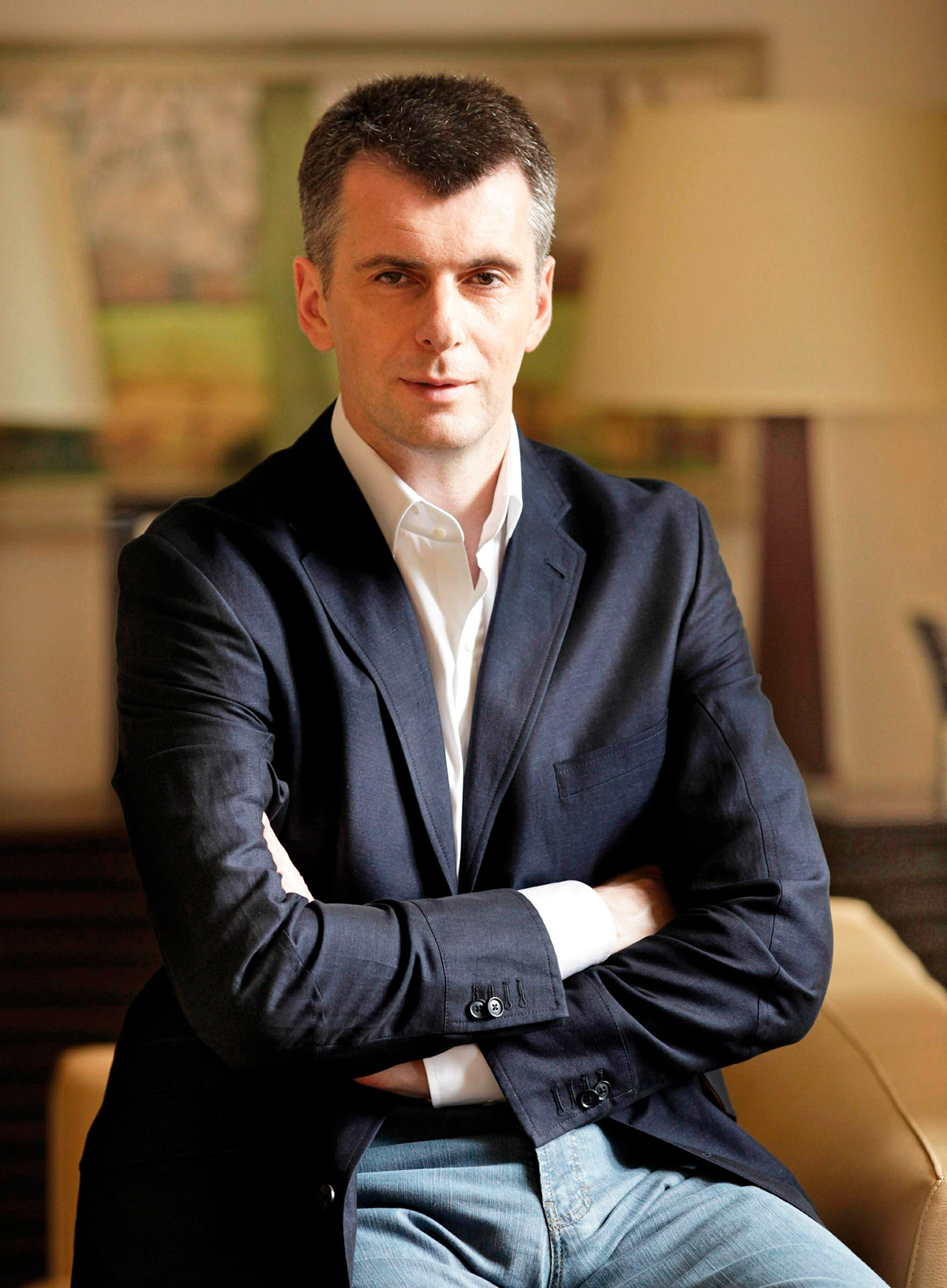 When in 2009, at the height of the financial crisis, Russian businessmen were frantically looking for refinancing options, Prokhorov paid $496 million for the world's most expensive villa and invested millions in biathlon. The oligarch is known worldwide for his love of luxury homes and resorts, top models, basketball (he co-owns the NBA team Brooklyn Nets) and his bachelor lifestyle. In 2012, Prokhorov ran in the Russian presidential election (and came in third). He is the only Russian oligarch to let TV stars like Stephen Colbert (The Late Show) into his house. 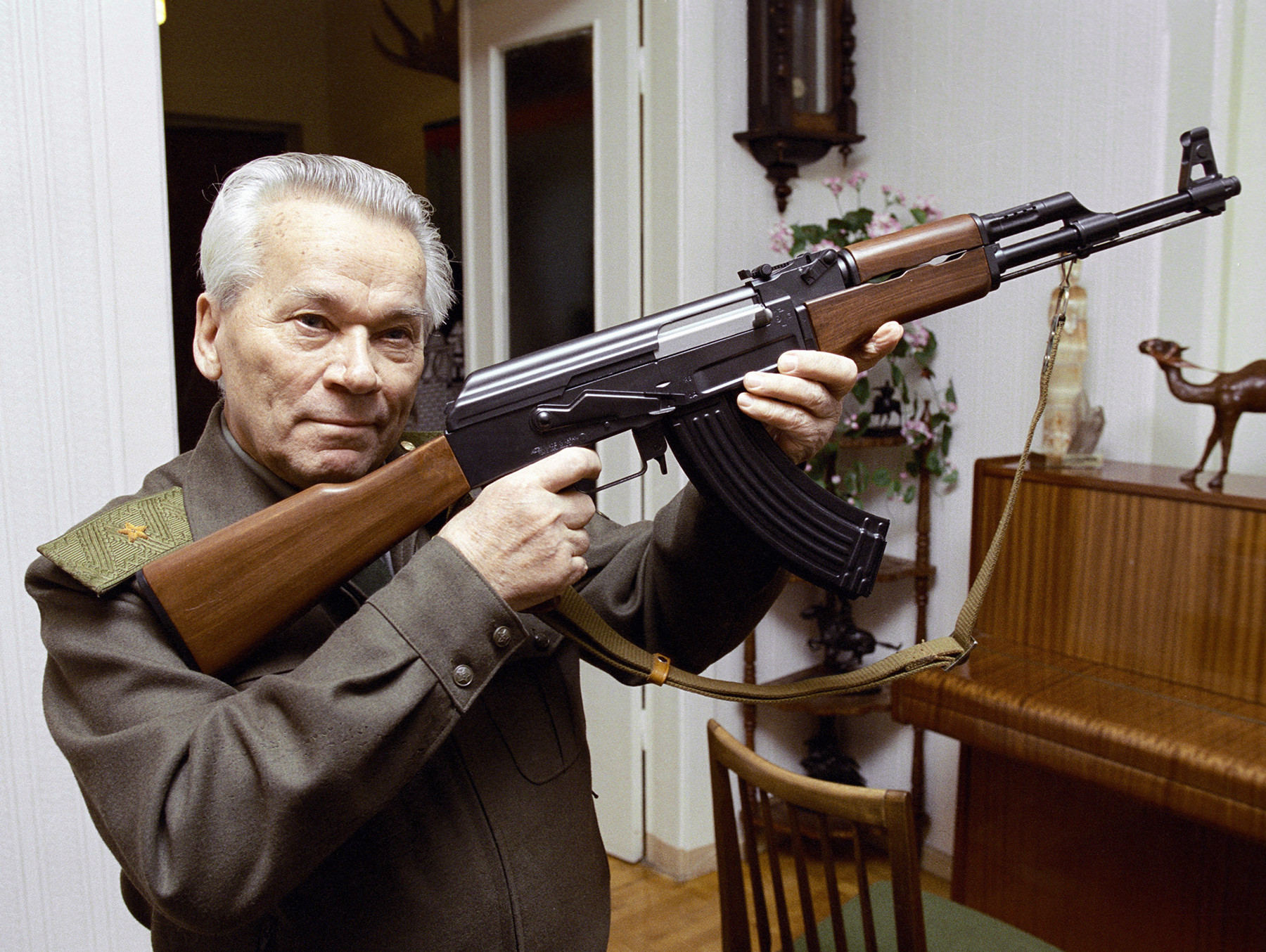 The creator of a national brand and a global cult - the Kalashnikov assault rifle - changed the world. His invention has become the most used weapon on the planet, and his name is known the world over. Over the course of 65 years, more than 100 million (!) Kalashnikov rifles have been made, in various modifications. These days Kalashnikov Concern produces virtually everything: from legendary weapons to umbrellas, from smartphone cases to clothes. 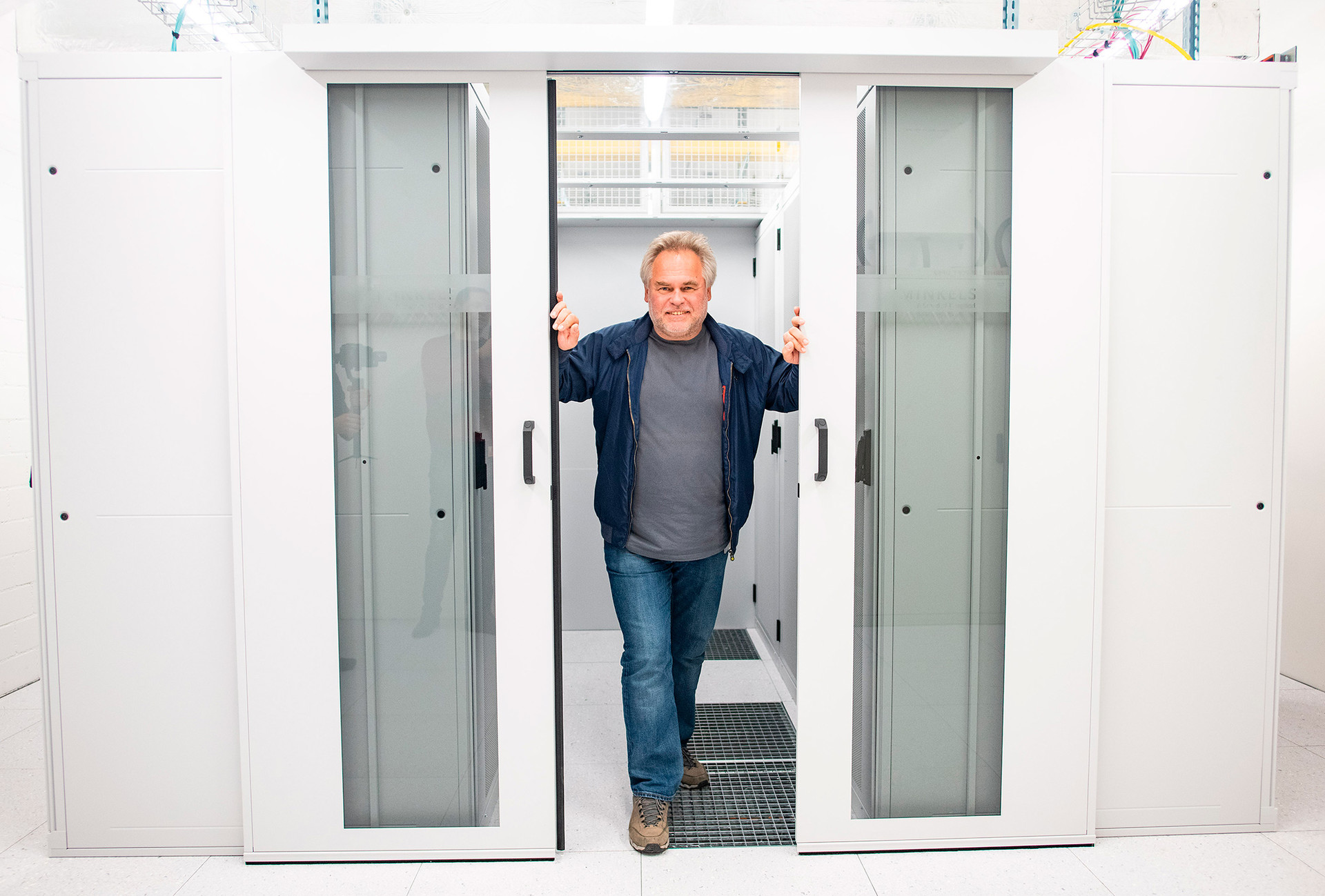 In 2012, Wired put Kaspersky in eighth place in its list of "the most dangerous people in the world" - for exposing American cyber-weapons created for spying in the Middle East and disrupting the Iranian nuclear program. Since then, not much has changed. The Russian programer who created Kaspersky Lab and a popular antivirus software still provokes fear and paranoia thanks to his cyber capabilities.