Prostitutes, bullying, and other ‘discreditable’ facts about Dostoevsky

Alexander Kislov
The writer suffered from epilepsy and universal humiliation, but even more from himself.

His protagonists are murderers, masochists, prostitutes, misfits, holy fools, and social outcasts. He was a great Russian writer whom people in Russia begin to read in secondary school, but most of the time we don’t finish reading his novels.

But is it possible to describe life at the bottom of society so vividly without being part of it? It seems not.

"I am so debauched I can no longer live a normal life. I am afraid of typhus and fever, and my nerves are weak. The Minushkas, Klarushkas, Mariannas etc. are prettier than ever but they charge crazy money," Dostoevsky wrote to his brother. He was obsessed with paying for sex with women, and on the whole, it appears that there were more vices in his own life than in his works.

A man of many complexes

Few people fell in love with Dostoevsky at first sight because, according to his contemporaries, it was extremely difficult to do so: "He was thin and small, and had fair hair and an unhealthy complexion," Avdotya Panaeva, a writer for whom the 25-year-old Dostoevsky nurtured an unrequited love, said about him. He was also described as irritable, insecure, "a real nut job," and "a pitifully vain young man." Nikolai Nekrasov and Ivan Turgenev, for example, called Dostoevsky an "inflamed pimple."

However, the "bullying" of Dostoevsky on the part of fellow writers was prompted by his own behavior: In writing sentimental dime novels and crime stories (this is how his works were perceived at the time), Dostoevsky considered himself a real genius.

Admittedly, he was critical, to put it mildly, of his own appearance. He called himself Quasimodo and was very shy around women. Anyway, this didn't stop him from visiting every brothel in St. Petersburg... 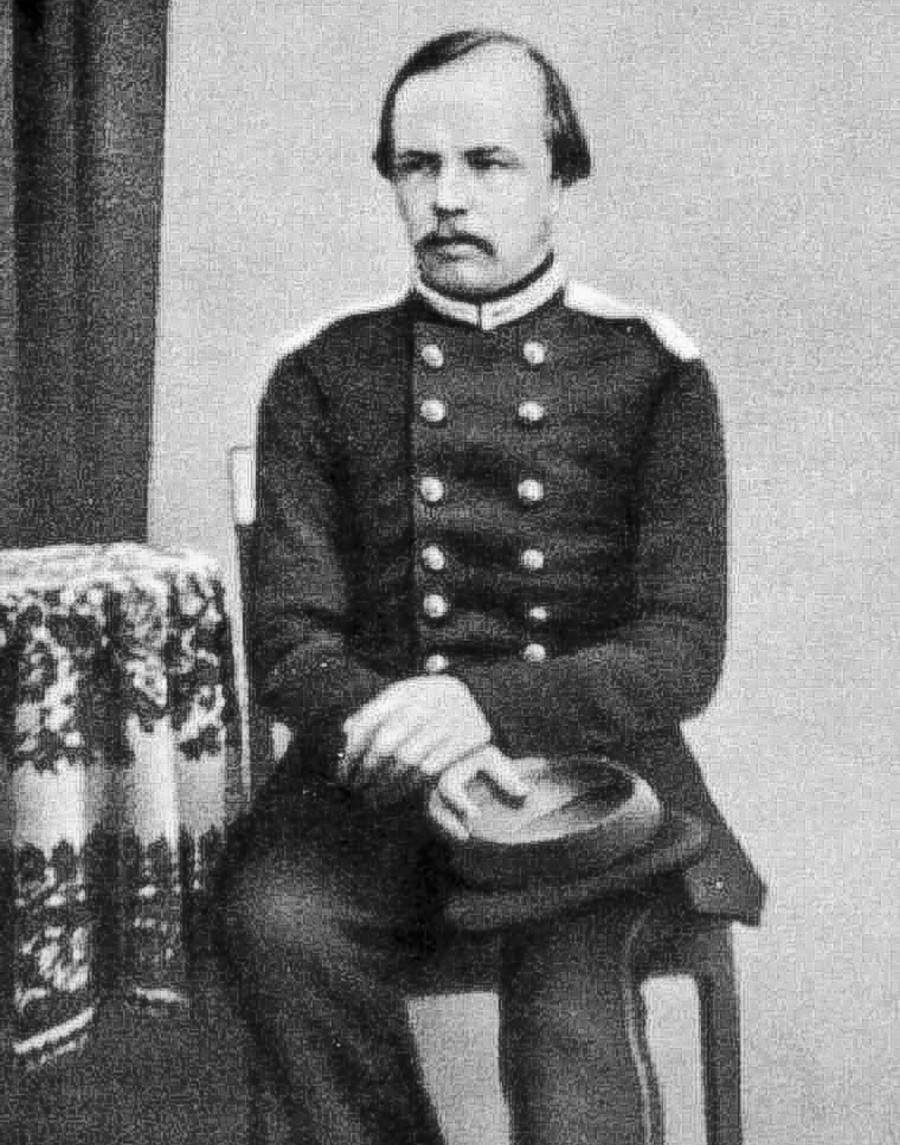 He was timid. They say he was so timid that he could faint at the sight of female ankles or if a beautiful woman spoke to him. And at the sight of female stockings in a shop window he had to sit down on a bench to calm down. But after nocturnal drinking parties with friends he invariably ended up going to a brothel. "And so, furtively, timidly, in solitude, at night, I indulged in filthy vice, with a feeling of shame which never deserted me," he says about himself in the words of the protagonist of “Notes From the Underground.”

And Dostoevsky's sexual preferences went beyond the conventional. In bed, he loved to cause pain and to dominate. For this reason, women whom Dostoevsky had already visited before often refused to sleep with him again.

This continued until he met his first wife. And then his second.

Tyranny in the family

Dostoevsky was married twice. The first time at the age of 34, with the marriage subsequently breaking down: His wife left him for a younger lover, provoking in Dostoevsky an acute epileptic seizure and aggravating his inferiority complex.

The second marriage was a success - stenographer Anna Snitkina (25 years his junior) turned out to be an admirer of the "successful" writer and regarded him as an exceptional character all her life. "I was prepared to be on my knees for him all my life," she recalls in her memoirs.

But by the time of his second marriage, Dostoevsky was already torn by jealousy because of previous grievances. So he came up with a set of rules for his wife: She should wear only nondescript neutral clothes (no hugging dresses); not smile to men; not laugh in the company of men; not use lipstick or eyeshadow. Searches for lovers and "evidence" of their presence in the house took place regularly and impulsively. Irrational paranoia would sometimes overtake the writer in the middle of the night.

"I still had my gaiety and cheerfulness but they manifested themselves only within the family… My female friends assured me that I had aged a lot during those four years and reproached me for not looking after myself," said Anna.

A gambler who sold off the family’s most precious things

If Anna Snitkina's love for Dostoevsky was not physical but "ideological," as she put it, Dostoevsky loved Anna in every respect. But this didn't stop him from selling their wedding rings and her wedding dress to pay off endless gambling debts. 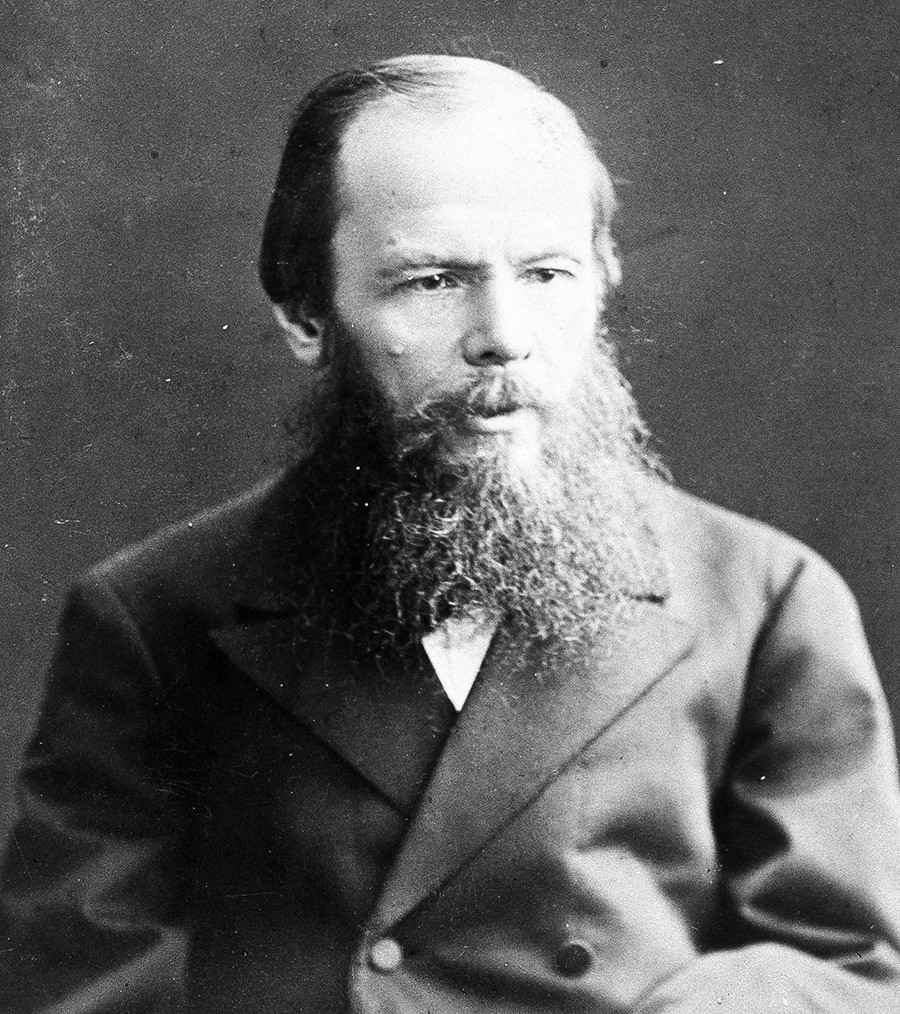 He was an avid roulette player (read his “The Gambler” and you'll understand everything). Admittedly, he won big only once, at the very beginning of his obsession. Afterwards, he almost always lost money. But his physiological reaction to gambling got the upper hand. "As soon as I wake up, my heart stops, and my arms and legs tremble and go cold" - this is how he felt at moments when he was particularly obsessed with gambling.

"It is an illness," was the verdict of Anna Dostoyevsky. And it should be accepted as part of his nature. It was all part and parcel of a writer's unbalanced and passionate nature, she believed.