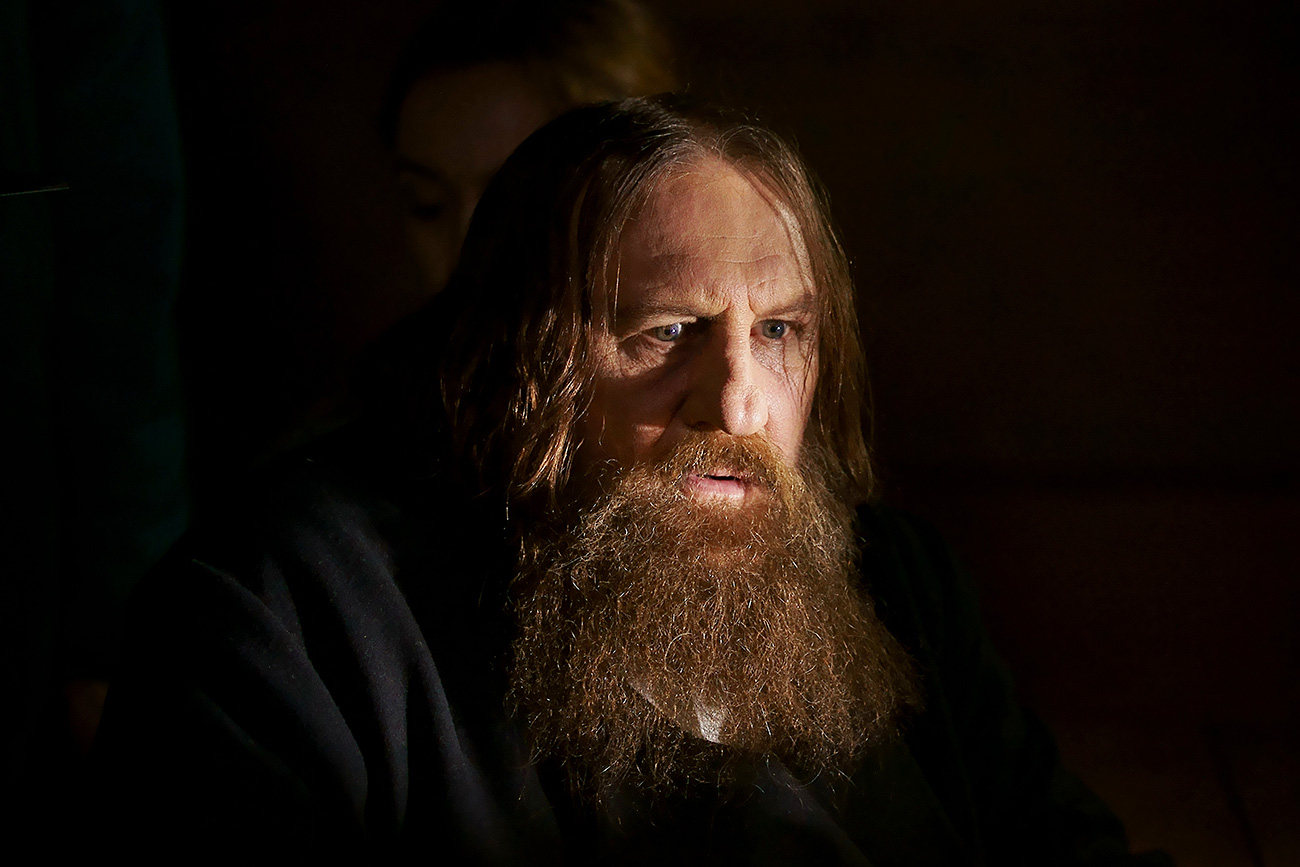 Artyom Nikitin/RIA Novosti
Historical accounts of the enigmatic Grigory Rasputin differ - just how much influence did he hold over the Romanovs and what were his true intentions? Take a look at these films and decide for yourself.

But the notoriety he enjoyed in his lifetime, which stretched far beyond the Russian Empire, made him a true hero of mass culture - and his name still resonates today. There are "Rasputin" bars and clubs in the U.S., Canada, Australia, France, and Spain; vodka, beer, and even colognes have been named after him; and the famous song by the 1980s group Boney M is still played by radio stations around the world. And, of course, cinematographers in different countries have been unable to resist the attraction of such a colorful character. RBTH looks back at the most memorable films devoted to Rasputin. 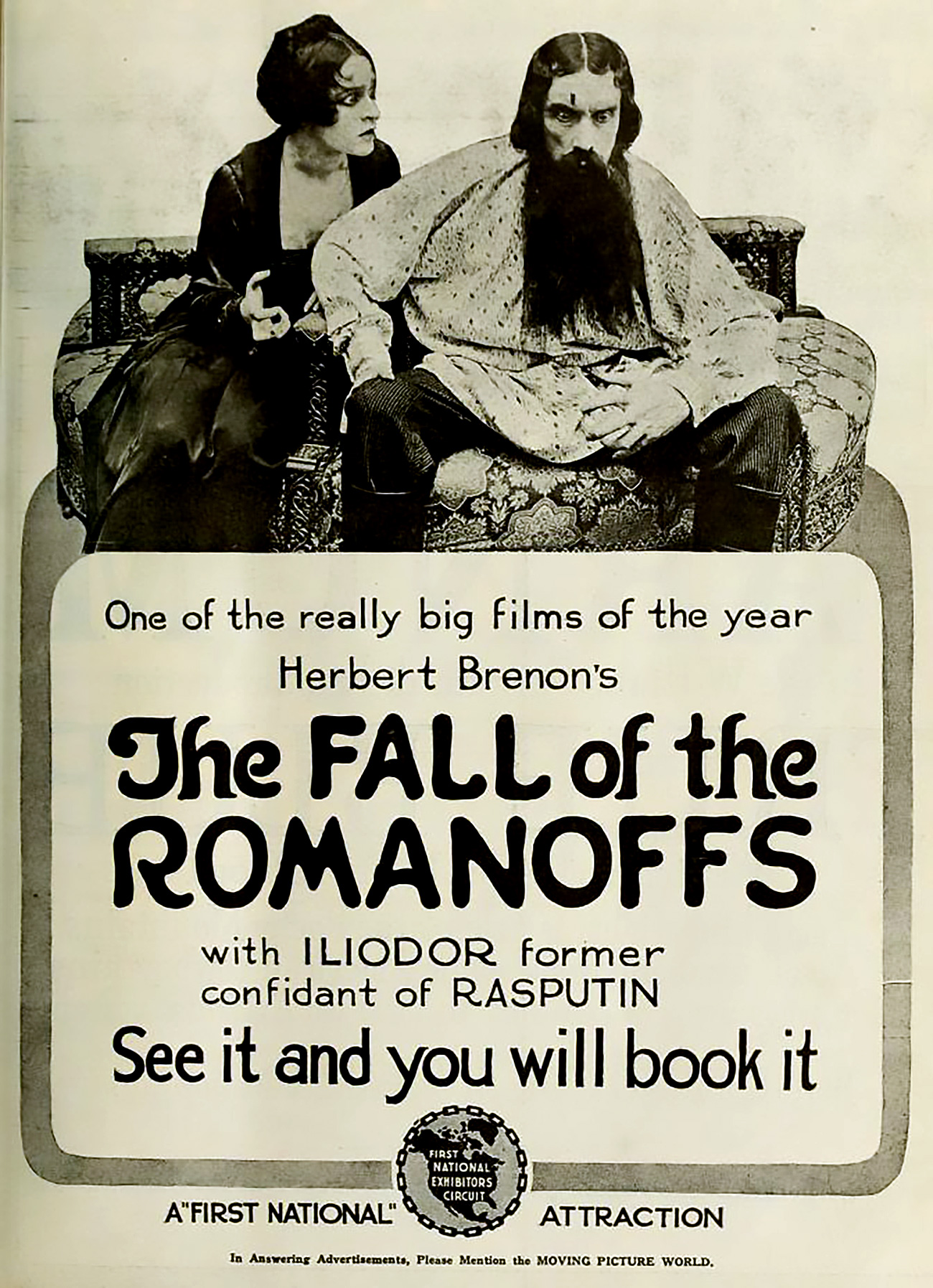 Advertisement in Moving Picture World, May 1918 for the film The Fall of the Romanoffs (1917) with Edward Connelly and Ketty Galanta. / Iliodor Picture Corporation / Herbert Brenon Film Studios / First National

The first film about Rasputin was made immediately after his death. The Fall of the Romanoffs, directed by Herbert Brenon, was released in Hollywood in 1917 - nine months after the murder of Rasputin and two months before the October Revolution and the execution of the Tsar and his family. The film offers a dramatized version of the revolution and portrays Rasputin as a mad monk who has a mystical effect on people's minds. The film shows the last days of Rasputin's association with Nicholas II.

"What a mother won't do for her child!" This phrase formed the basis of another American film, Rasputin and the Empress. The Empress is looking for a healer for Tsarevich Alexei who has hemophilia, and the strange monk Rasputin is invited to the house, where he mysteriously alleviates the patient's suffering. Rasputin indulges in absolutely everything - from feasts to harems in his bedroom. The Tsar's family tolerates all of Rasputin's antics and pays heed to every piece of advice he gives until, finally, they "see the light." Shortly after he is murdered.

Prince and Princess Yusupov - the famous couple who were accused of plotting against Rasputin - sued MGM Studios for libel. The reason, Princess Yusupov explained, was "the scene in which Rasputin raped her." The court ordered MGM Studios to pay the couple compensation for moral damage. It was after this lawsuit that filmmakers started issuing disclaimers, explaining that the events and people in their films are fictitious. 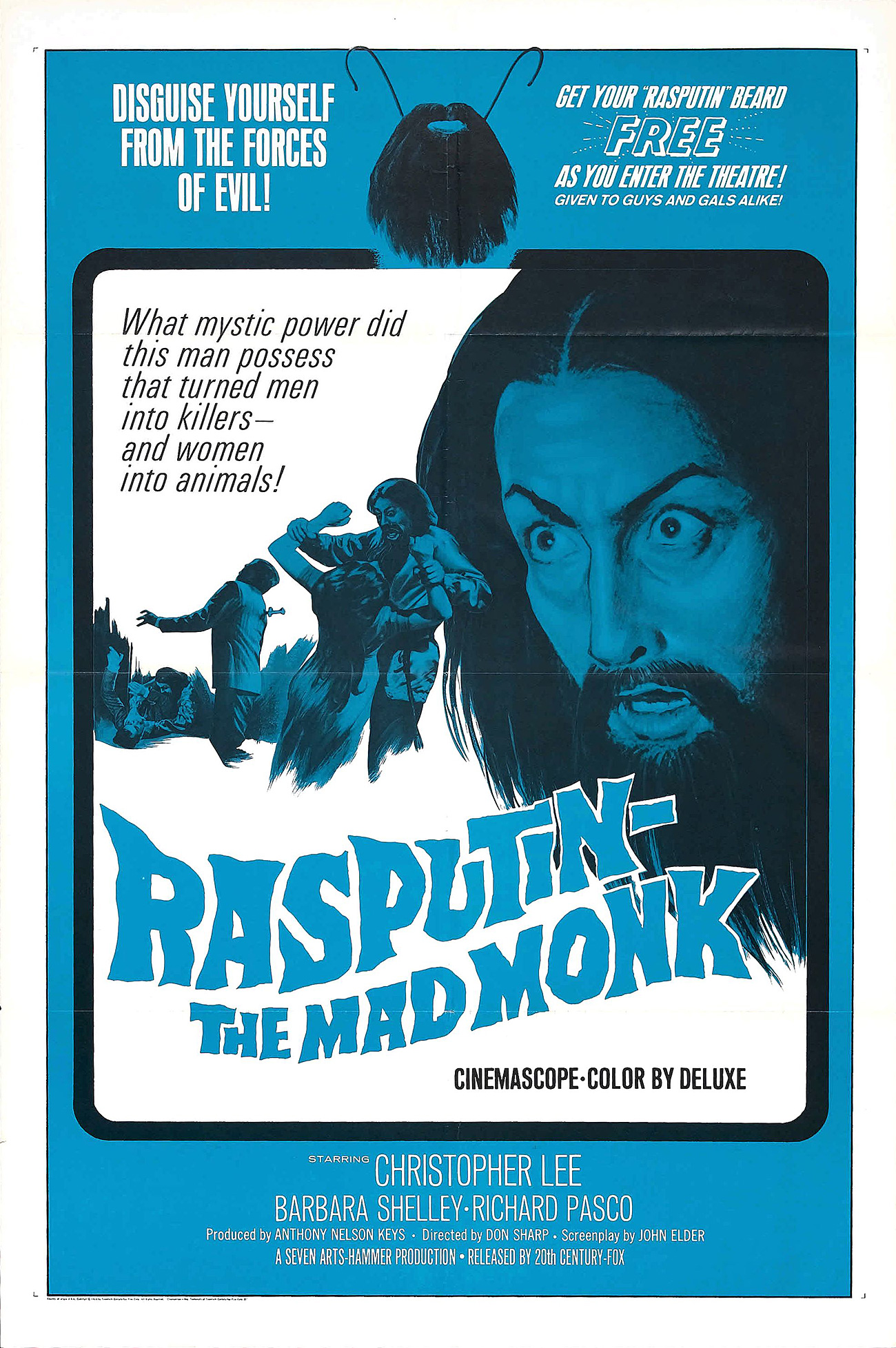 Britain also had a go and produced the horror film Rasputin - The Mad Monk. Today's generation will most likely say that the film is not at all frightening but in the 1960s it was a hit, especially since Christopher Lee starred in the title role. The film's tagline is "Ladies' Man - And Lady Killer." The film's plot: Rasputin is enjoying himself at the Tsar's court, manipulating people, drinking and eating, and spreading gossip. All the women are mad about him because he hypnotizes them, putting them into a trance, before having his wicked way. There’s dancing, dramatic music, and beautiful women. According to the critics, the film captures the most vivid and stereotypical image of Grigori.

This Russian film - directed by Elem Klimov - lays claim to being the most authentic cinematic portrayal of Rasputin. In striving for authenticity and objectivity, Klimov included old newsreel footage.

Pre-revolutionary Russia and a weak and pitiful Nicholas II - for many viewers this image of the last Russian Tsar was a real revelation. The Tsar spends all his time hunting wild birds, while all the power rests in the hands of Rasputin. The latter is portrayed as a holy fool prone to fits of unconsciousness during which he turns into a prophet, a drunkard immersed in debauchery, and a sage - all rolled into one!

Rasputin returned to Hollywood in cartoon form: The animated Disney film for children was made in 1997. It tells the story of Nicholas II’s daughter. The Tsar is murdered by the sinister monk, according to the plot, but Anastasia manages to escape death and starts a new life. But 10 years later the evil sorcerer Rasputin rears his ugly head after rising from the grave. The animated film is obviously not historically accurate - it was based on the story of Anna Anderson who claimed she was Anastasia Romanova and had miraculously survived the execution of the Tsar and his family.

The latest film about Rasputin was shot jointly by Russian and French cinematographers in 2011. The title role is played by famous French actor Gérard Depardieu.

The action takes place before the Russian Revolution. The appearance of the peasant Rasputin in the Tsar's family provokes the indignation not only of the Tsar's entire court but of the public as well. But Rasputin performs a miracle and alleviates the suffering of Tsarevich Alexei. And for this the Empress called him "the savior sent from on high."

Depardieu himself admitted more than once that he had always dreamed of playing the mad monk: "Rasputin has been sitting inside me for 15 years or so, and I had to, I simply had to let him out!"

Read more: Holy Devil: Remembering Rasputin on the 100th anniversary of his death