Culture
Alexandra Guzeva
See how the master painter’s depictions of his beloved morphed from delicate young lady into surrealistic monster.

They married on the eve of the 1917 revolution and remained officially in wedlock until Olga’s death in 1955, although Picasso had many other women in between. They lived together for 17 and had a son. Following their separation, Olga continued to write letters to her husband, and it was rumored that she even pursued Picasso and his mistresses. 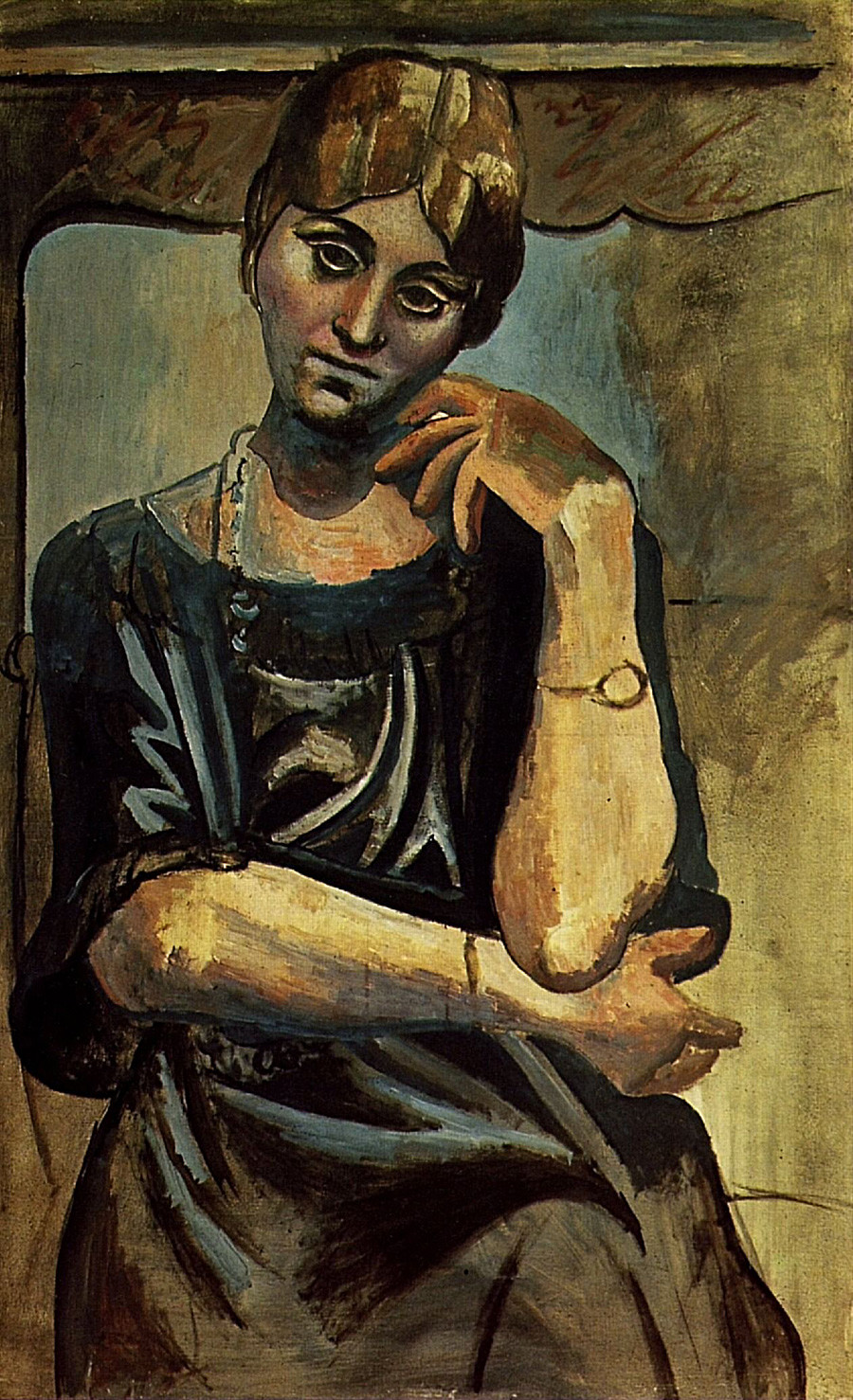 Picasso and Olga Khokhlova met thanks to impresario Sergei Diaghilev. She was a dancer with Diaghilev's Ballets Russes company, while Picasso was a set and costume designer for the revolutionary ballet Parade. 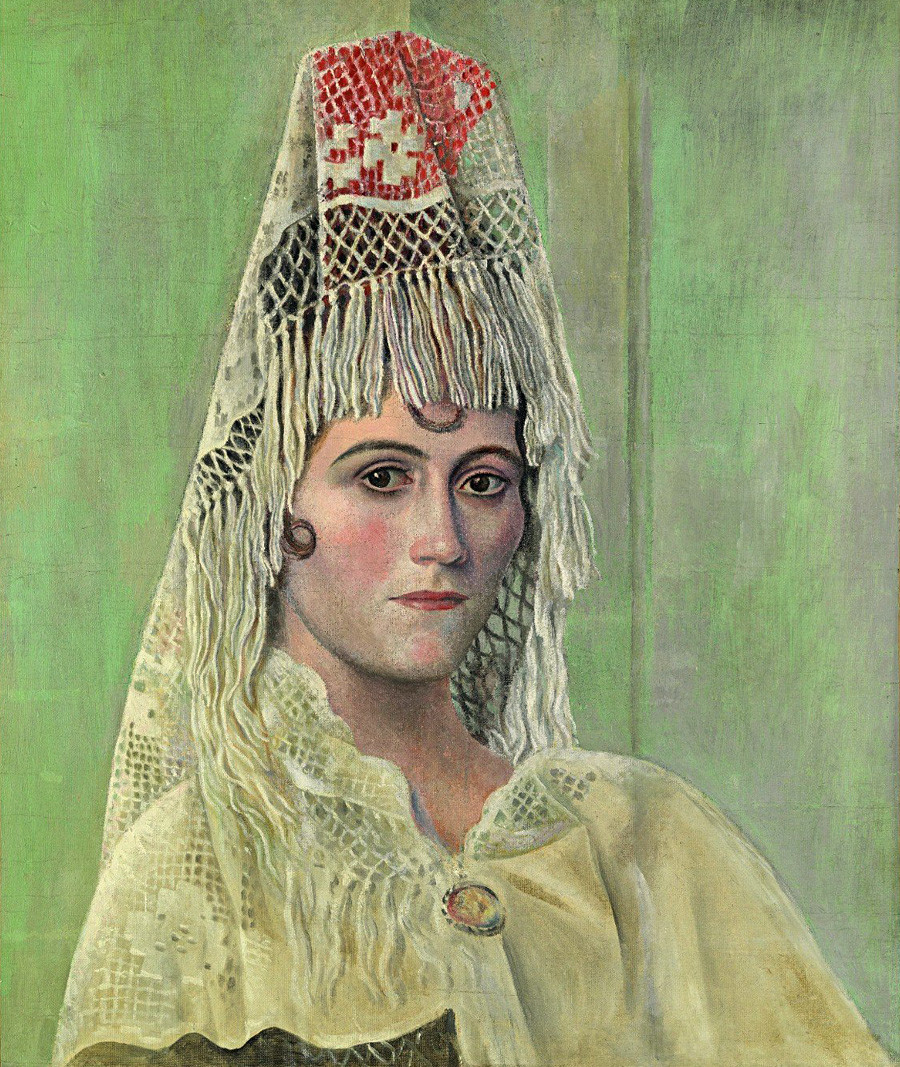 The ardent Spaniard was captivated by the beauty and refined manners of his Russian wife. He followed the ballet troupe on a tour of Spain, where he painted one of the most famous portraits of Khokhlova—in a traditional Spanish lace mantilla (Picasso actually used an ordinary tablecloth to imitate it). 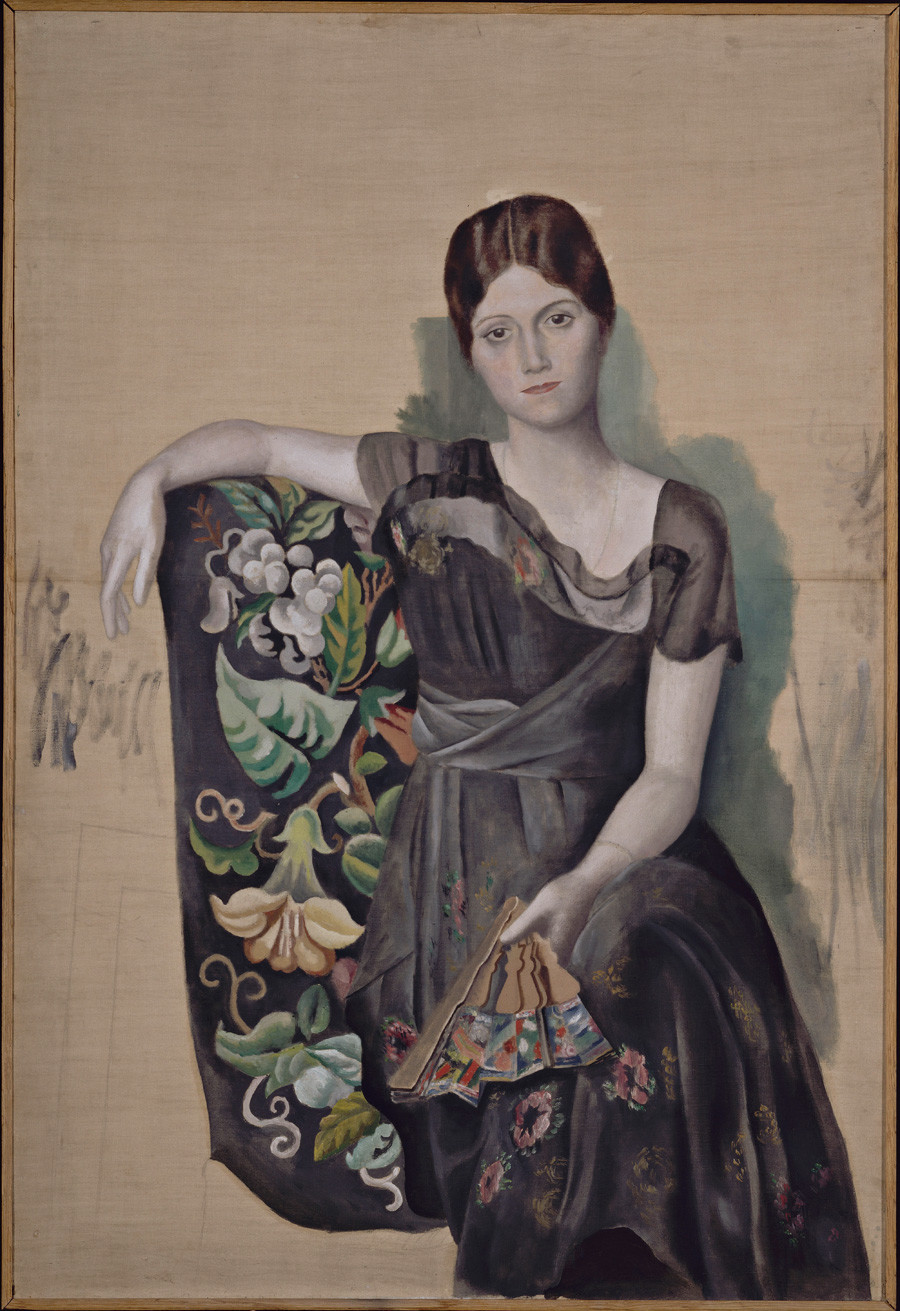 Diaghilev hinted to Picasso that it was customary to marry Russian women, and so the amorous Spaniard decided to do so. It was for Olga’s sake that the artist departed from Cubism, and this period of his work is often described as “neoclassical”—all because his wife wanted to look like her real self in his pictures. 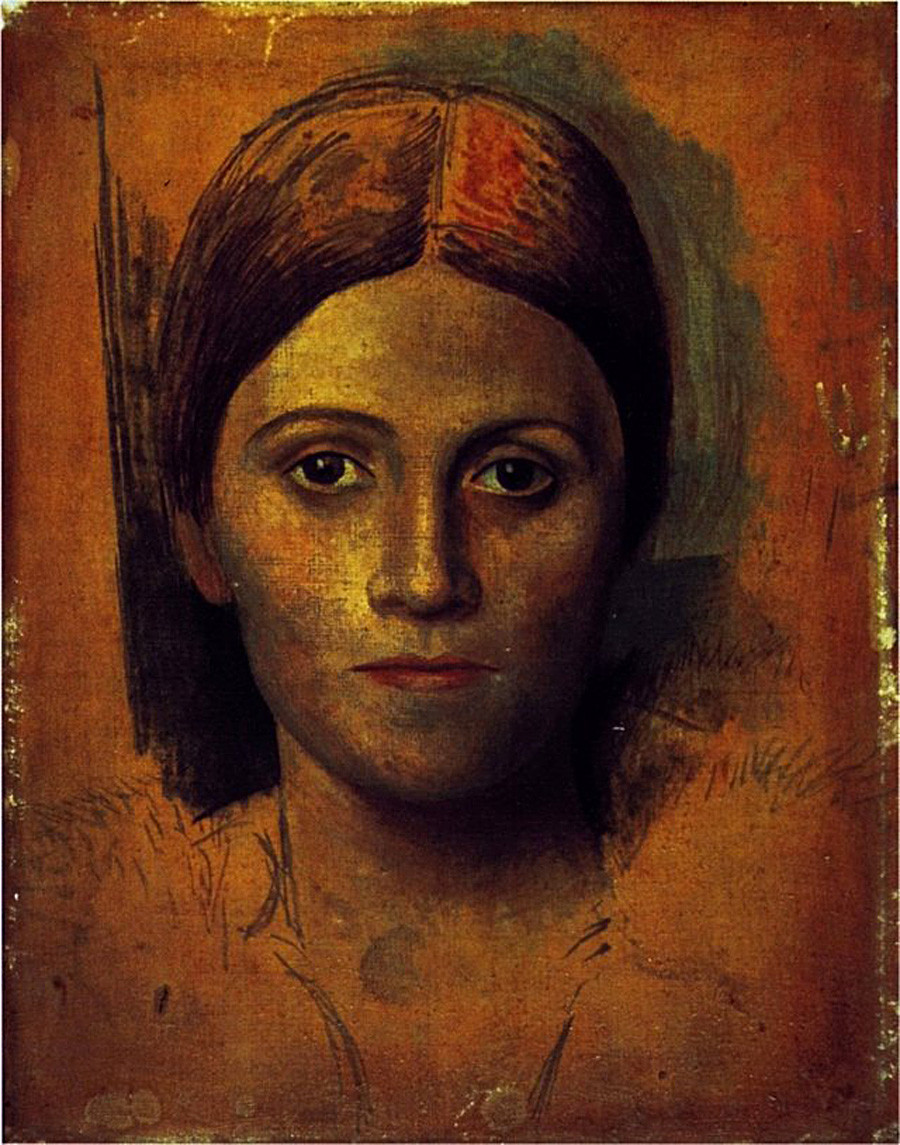 There is always a touch of the in any Picasso canvas. The image of Olga became ever-present in the artist’s studio, and over their 17 years of life together, it took on many different forms, verging at times on the religious. 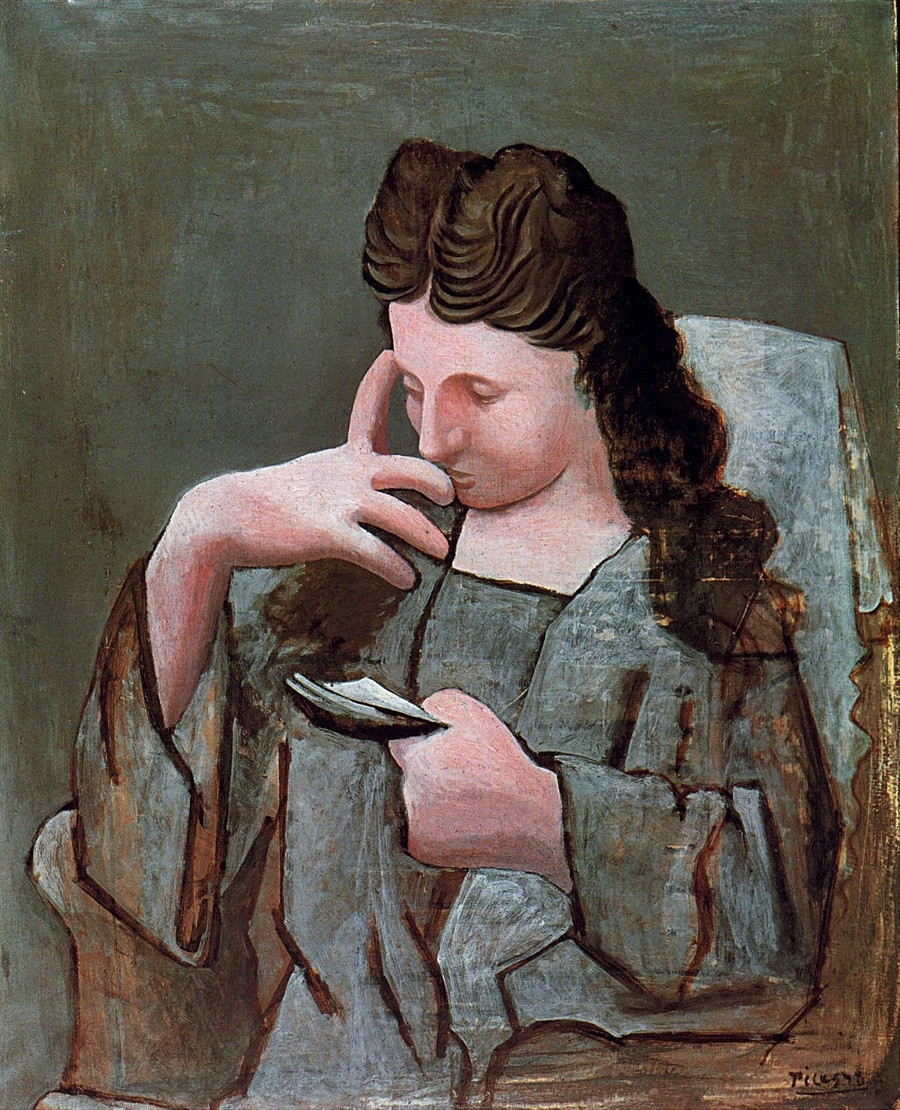 More often than not, it seems, Picasso painted Olga in a sitting position. For the sake of her husband, she gave up her ballet career and decided not to go on Diaghilev’s tour of Latin America. She later suffered a leg injury and had to spend many long hours seated at their honeymoon villa in Biarritz, and thereafter in their Paris apartment. 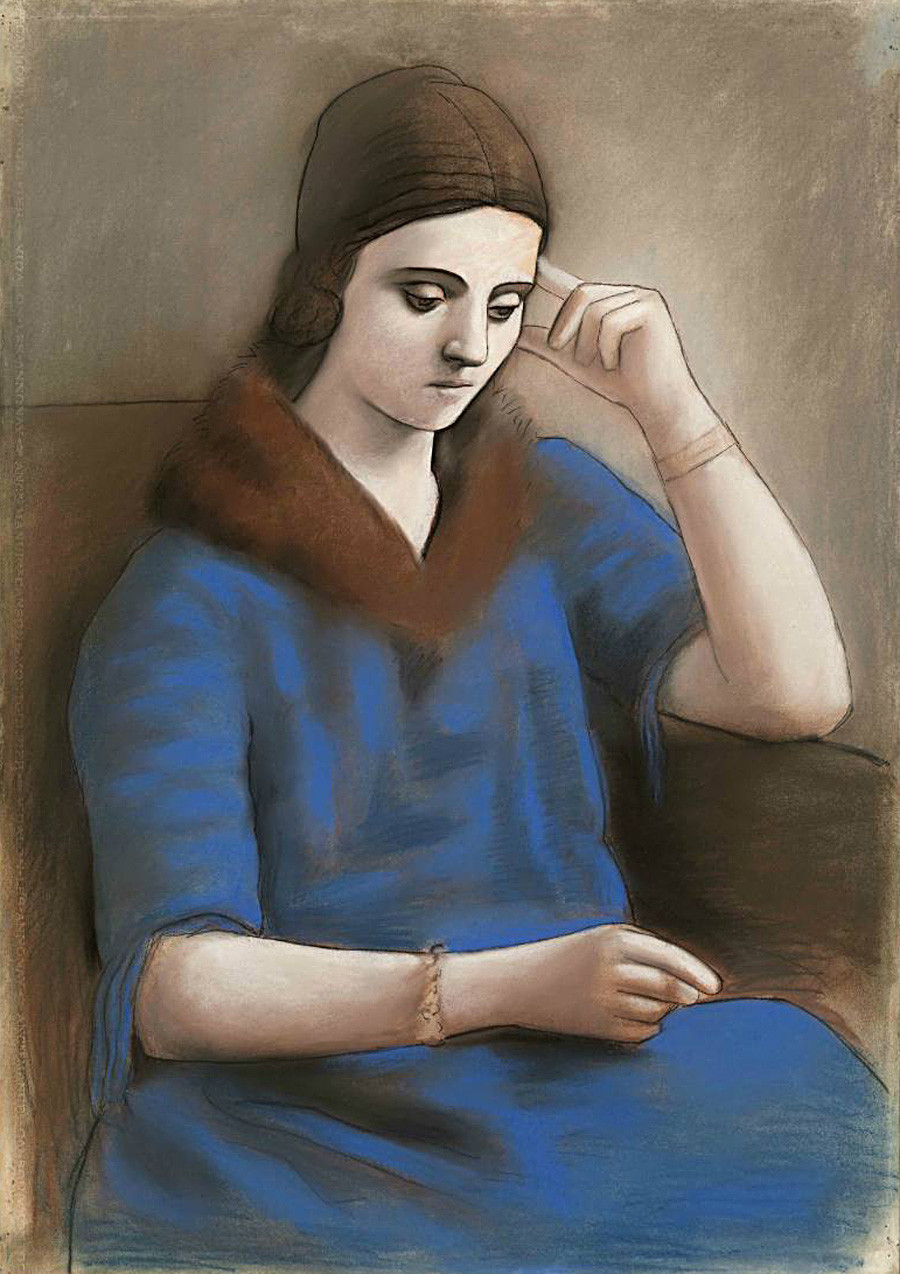 While Olga was enjoying family life, Russia was being torn apart by the Revolution and Civil War. She was worried about the fate of her relatives, with whom she had lost touch for three years. Only later did disturbing letters start arriving from her homeland: her father had disappeared, one brother had died, another had fled the country, and her mother and sister were in dire need. Portraits of Olga during this period show a sad, pensive figure. 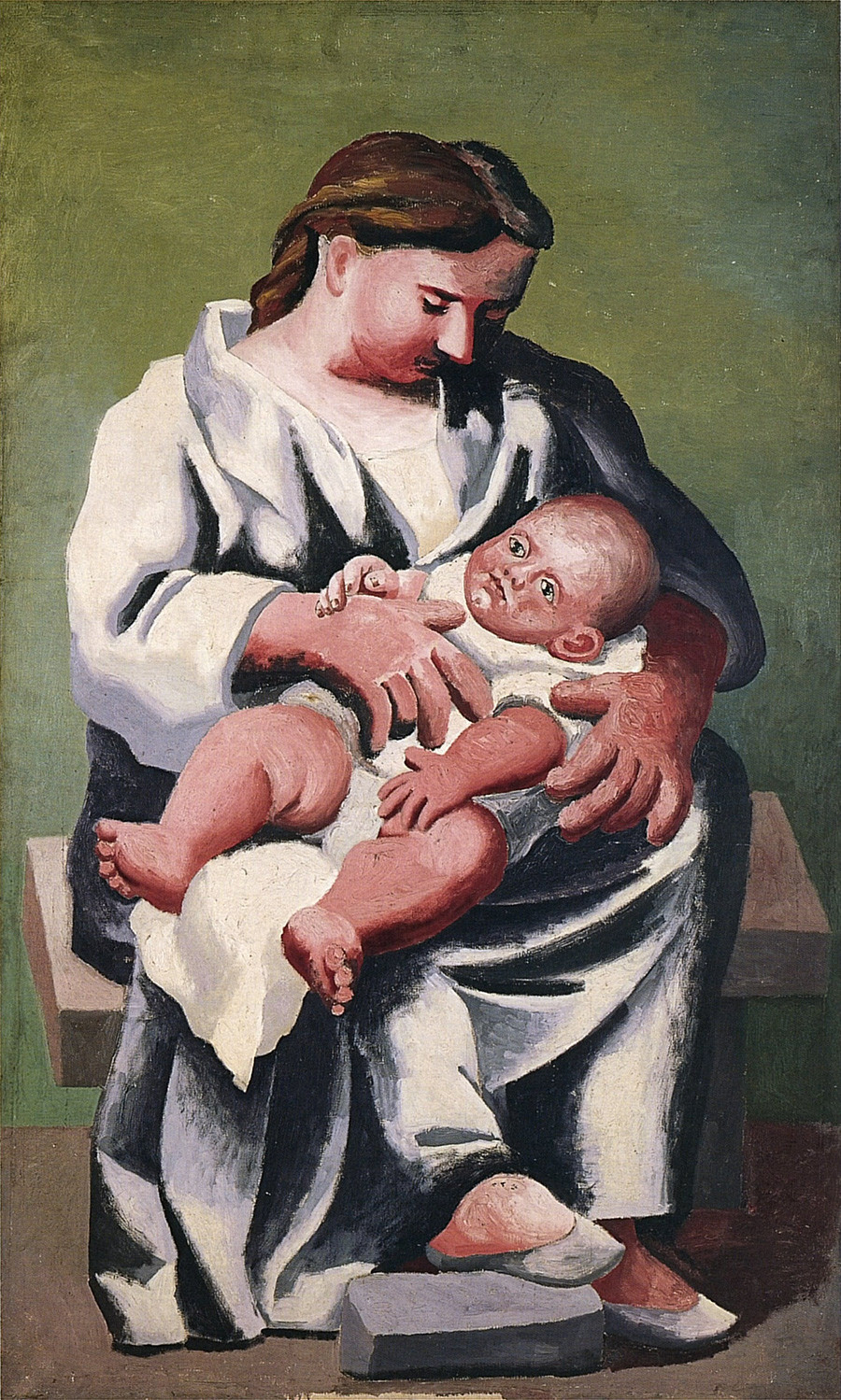 In February 1921, Olga gave birth to the couple’s only son, Paulo. Picasso was overjoyed and portrayed his wife and child in the image of the Madonna. The portraits of mother and child are full of tenderness. The artist went on to paint many portraits of little Paulo, even depicting him in a Harlequin costume, as he did himself during his Rose Period. 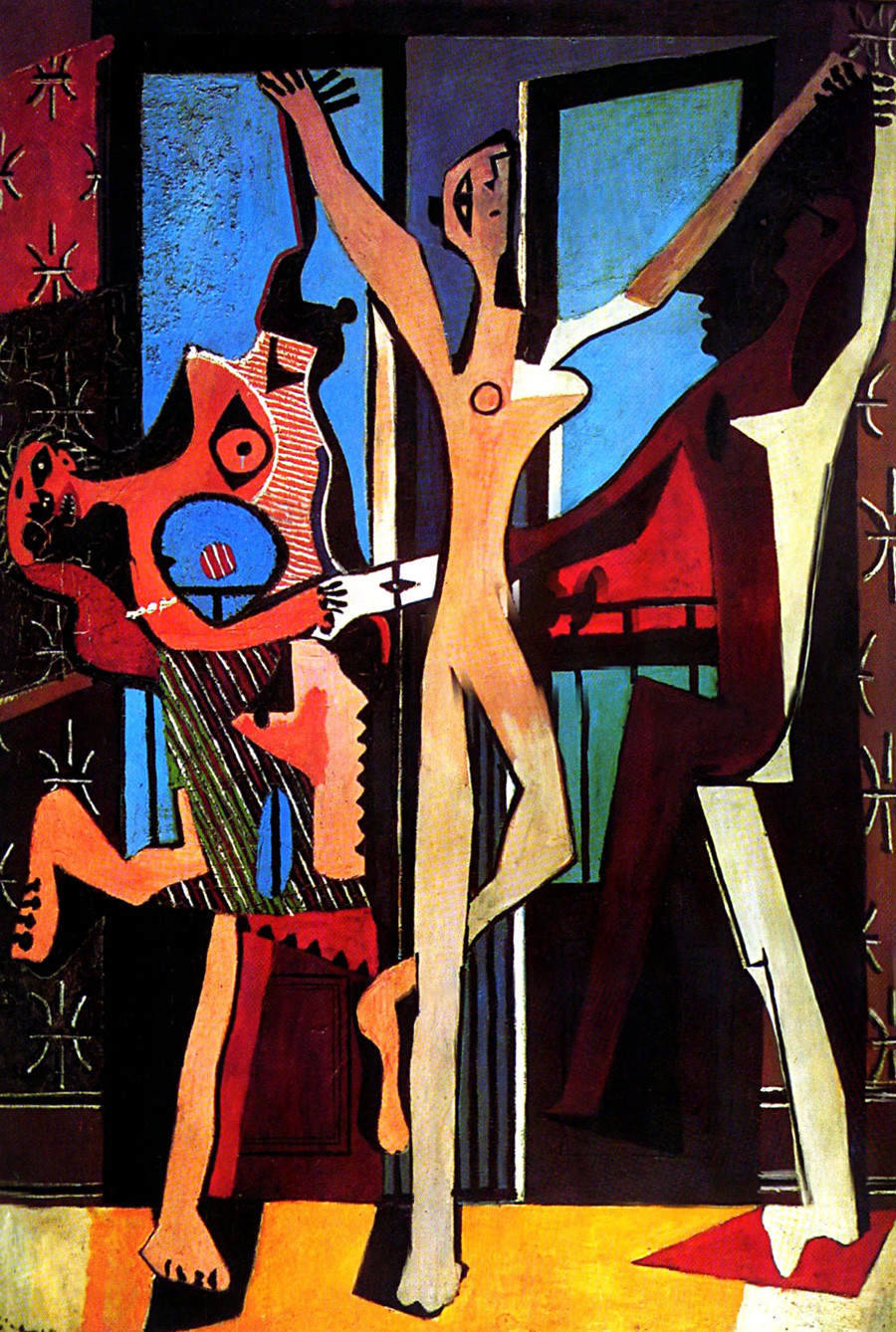 In the mid-1920s, their relationship began to deteriorate. Olga was increasingly jealous of Picasso (not without reason), hurled accusations at him, and was forever making a scene. On a trip to Monte Carlo to see Diaghilev, she was particularly hurt by her husband’s penchant for painting young ballerinas from the Ballets Russes. All the more so since Olga had sacrificed her ballet career for the sake of her husband.

According to critics, Dance portrays Olga. This marks the beginning of the surrealistic period of Picasso’s oeuvre, filled with drama and nervous energy. 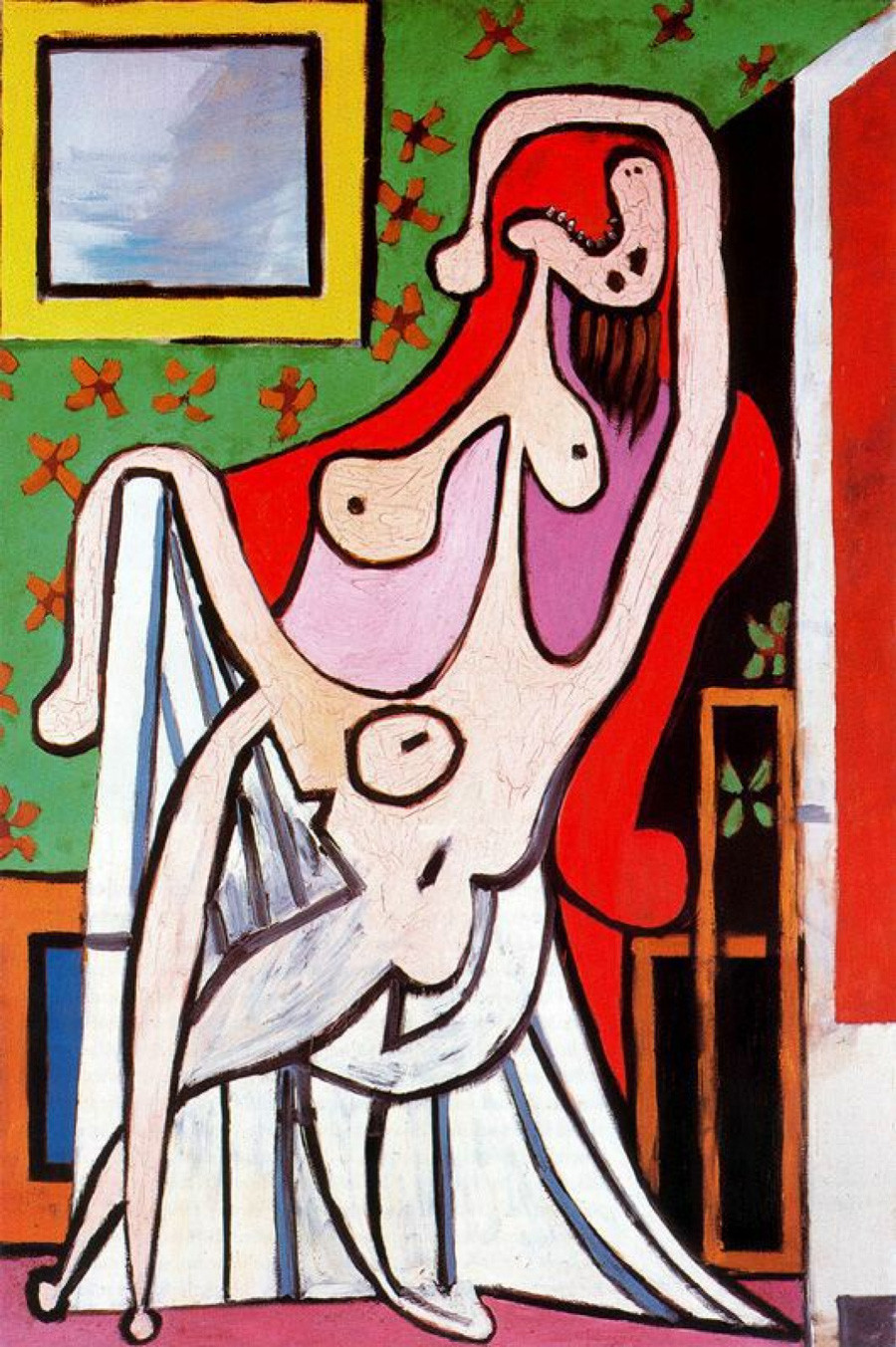 The crisis in their relationship became ever deeper, and Picasso increasingly deviated from realist images of Olga. Racked with jealousy, he began to meet secretly with other muses—and paint them in more cheerful forms and tones. 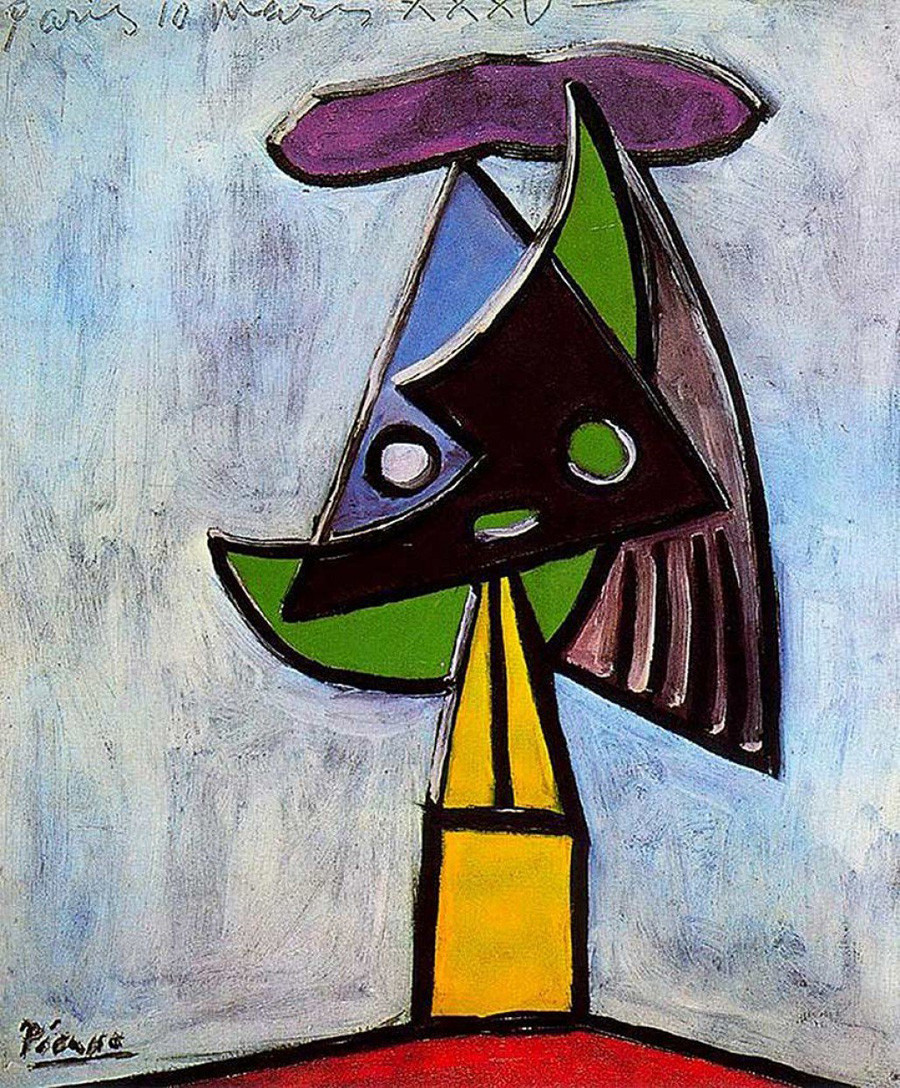 In 1935, the couple broke up. Soon , the artist’s young lover Marie-Thérèse Walter gave birth to a daughter. Yet for a long time to come, Olga remained a subject in Picasso’s work, albeit in a different light. Previously beautiful, henceforth she appears as a terrible monster.