9 best and worst movies about the Soviet-Afghan War

Culture
Boris Egorov
Fedor Bondarchuk/Art Pictures Group, 2005
Among the numerous movies devoted to the Soviet war in Afghanistan, some were true gems, while others turned out to be total flops. Choose your favorite!

In The Beast we follow a single Soviet tank, which is lost behind enemy lines and tries to find a way to get back to its own troops.

A classic American propaganda movie, The Beast shows Soviet soldiers as pure evil, who brutally kill innocent and defenseless Afghan villagers. The Soviets here have no conscience at all and shamelessly use forbidden chemical weapons against civilians.

The main villain in the movie not the Mujahideen, depicted as noble freedom fighters, but a tank commander. Ruthless, mad and fanatic, he is able to shoot both enemies and his own soldiers without even blinking. 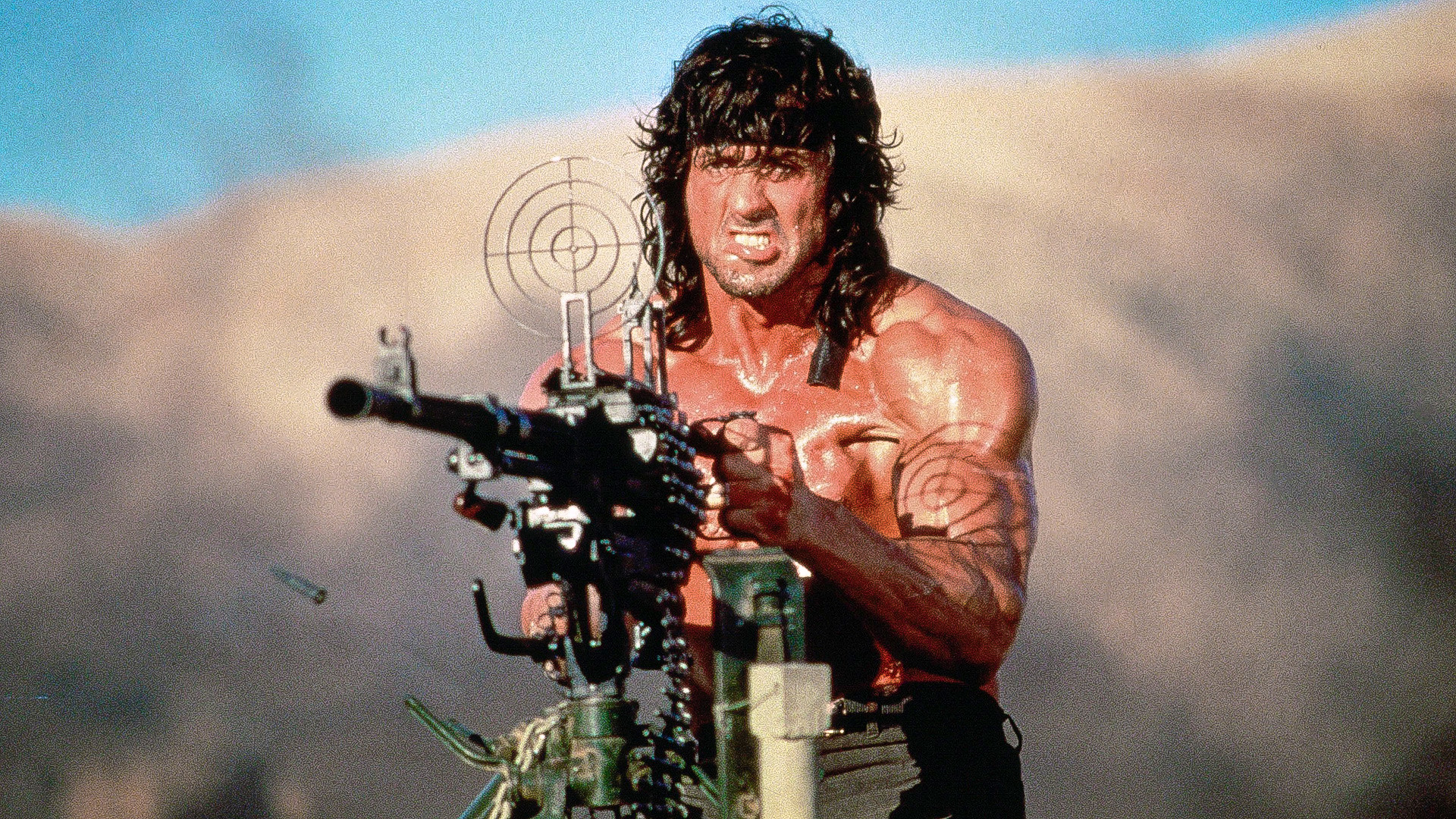 Vietnam War veteran John Rambo heads to Afghanistan to save his former commander Colonel Sam Trautman, who has been captured by the Soviets. Rambo is ready to defeat the whole enemy army in order to save his friend and free the people of Afghanistan.

For his performance in this movie actor Sylvester Stallone was awarded the Golden Raspberry Award for Worst Actor. 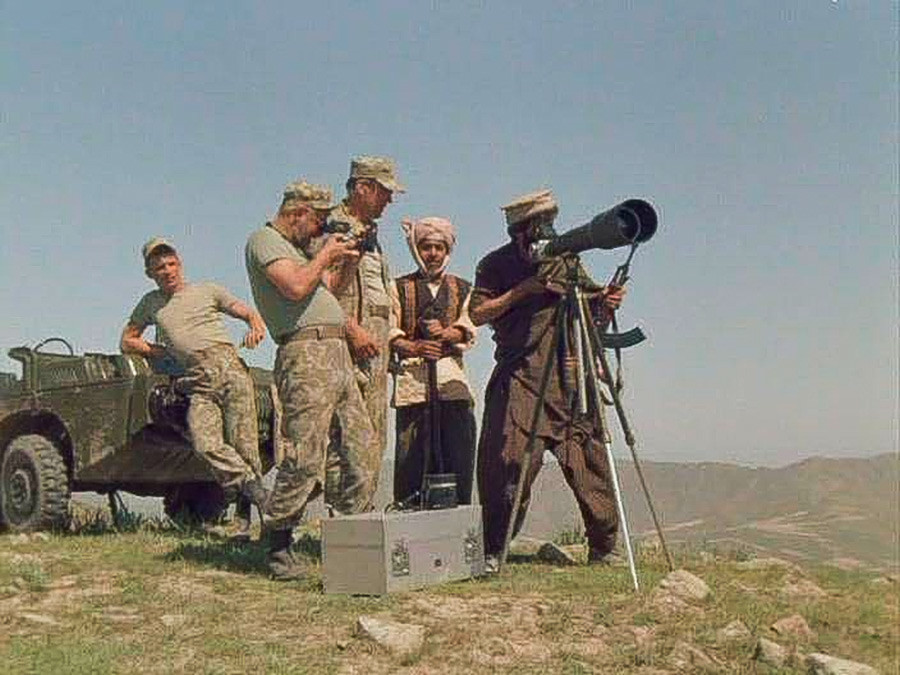 This Soviet action movie continues the eternal good guys/bad guys theme, but this time it’s the Americans who are “bad.”. CIA specialists and mercenaries are preparing an ambush on a Soviet convoy, and a US journalist is there to make a sensational report on this grandiose victory of the Mujahideen.

The title of the movie “Cargo 300” is an unofficial military term, which means the transportation of the wounded soldiers from the battlefield. 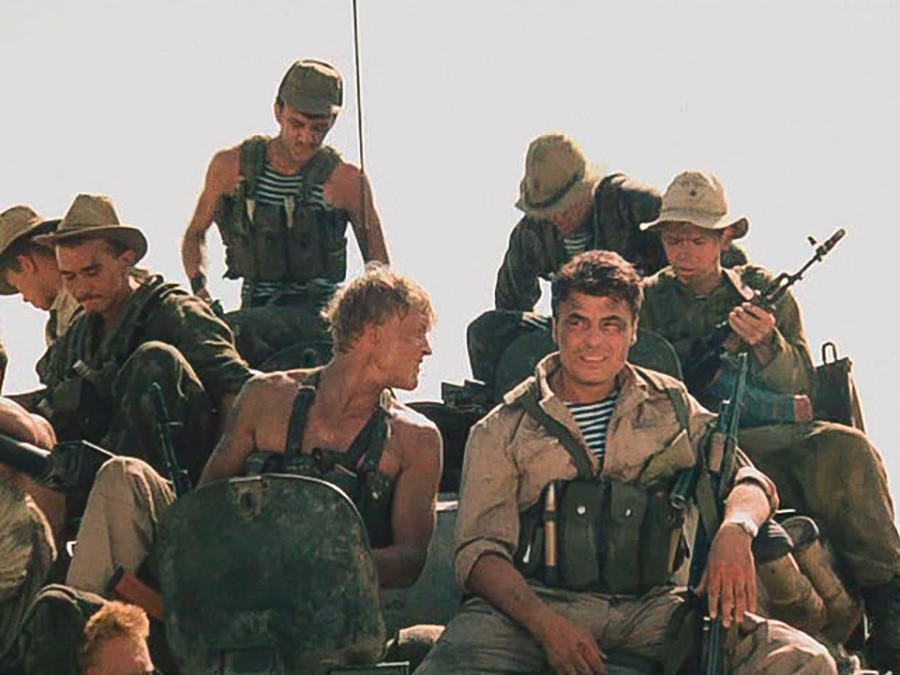 The movie follows Soviet troops on the eve of their exit from Afghanistan. Despite the fact that the war is almost over, the fighting is still severe. However,  Breakdown is much more than just an action movie. For the first time in Soviet cinema, huge attention was paid to the tragedy of the common Afghans, who found themselves at the center of the ruthless battlefield.

The movie was jointly produced by the USSR and Italy, and the main role was played by famous Italian actor and director Michele Placido. 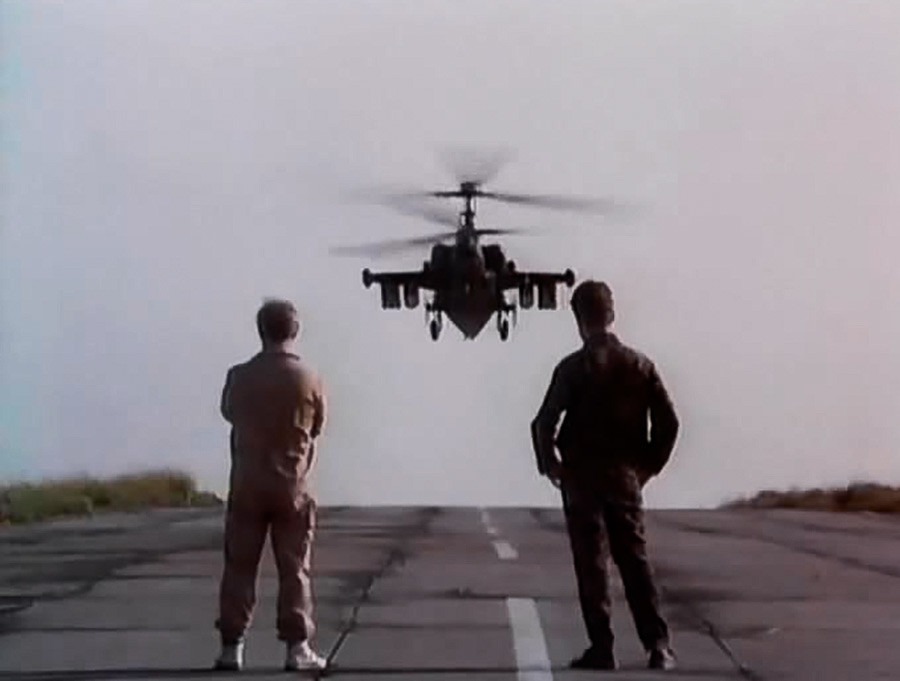 The main hero of the movie is the powerful combat helicopter Ka-50 Black Shark (NATO reporting name: Werewolf), which operates in war-torn Afghanistan. Among the the Soviet helicopter should find and destroy are not only the but groups of American special forces as well.

Black Shark is a unique movie. Real combat pilots and special forces units took part in the production. In many episodes, instead of pyrotechnics real combat shells were used. As for the Ka-50, after filming it was sent to the North Caucasus to participate in the Chechen War. 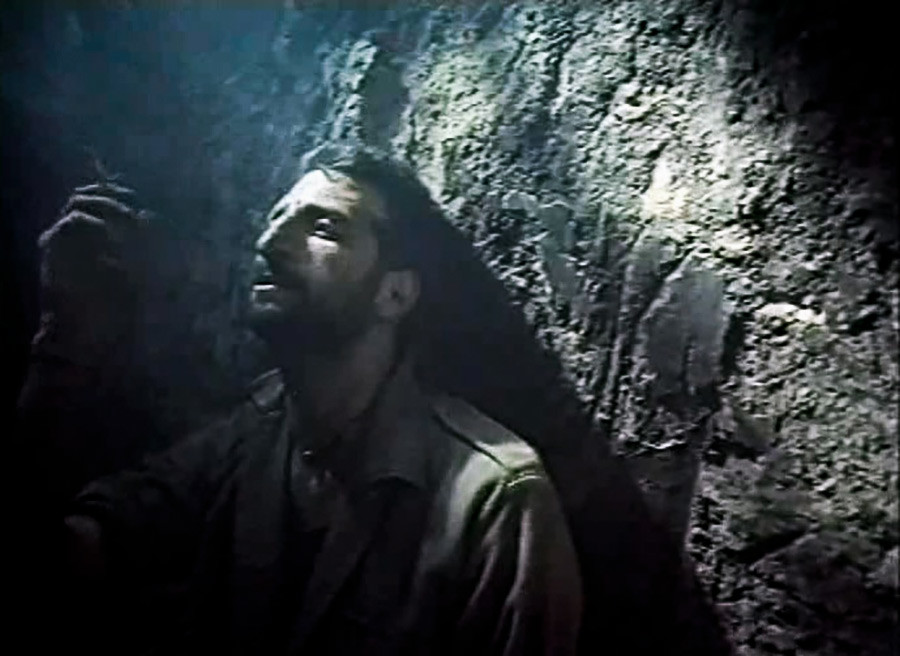 Peshawar Waltz is dedicated to a famous episode that happened in Pakistan in 1985, when a group of Soviet POWs made an uprising in the Badaber fortress. After a long siege with huge losses, the Afghan Mujahideen and the Pakistan army suppressed the rebels and killed almost all the Soviet soldiers.

The movie was directed by Timur Bekmambetov, known for such Hollywood projects as Wanted, Ben-Hur and the recent Profile. 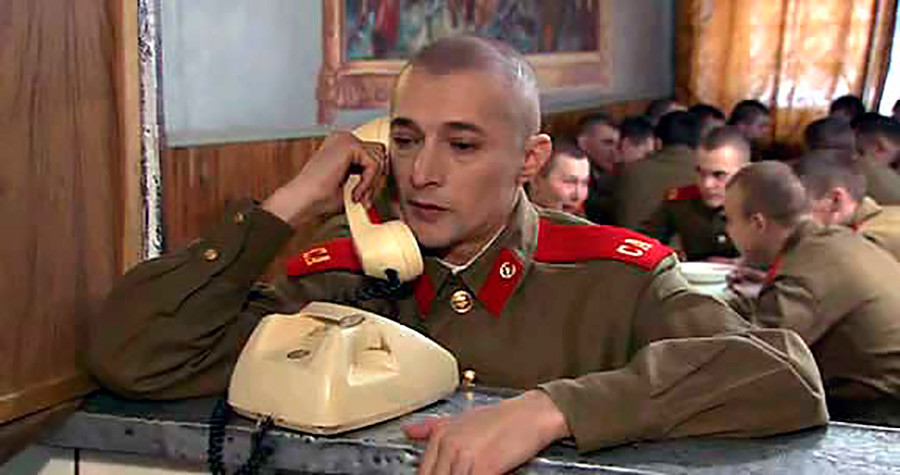 This is the only movie in the list that not made by either Russia (USSR) or the USA. L'étoile du  (The Soldier’s Star) is a joint production of France, Germany Afghanistan.

The movie follows Soviet soldier Nikolai, who is captured by the Afghan Mujahideen. In he stops viewing the Mujahideen as the enemy.

The Soldier’s Star was inspired by the real story of Nikolay Bystrov, a Soviet soldier who was released by the Afghans and even became a personal guard of the “Lion of Panjshir” Ahmad Shah Massoud.

One of the most famous movies about the Soviet-Afghan war, 9th Company was a real breakthrough in modern Russian cinema in terms of filming and visual effects.

The movie follows the tragic story of the 9th Company, which perished in an uneven clash with the Mujahedin on Hill 3234 in the last days of the war. Those soldiers who weren’t finished by the war, couldn’t survive the chaos of the Soviet collapse which followed soon after.

The real story, in fact, was quite different from the movie. The Company lost just 6 of 39 soldiers in the battle.

After a long break, Russian cinema is returning to the topic of the Soviet-Afghan war. Leaving Afghanistan, released this year, depicts events of the Soviet withdrawal from the country. One division has to pass through the Salang Tunnel, but the problem is that it is controlled by a huge group of Mujahideen.

To secure the passage, Lieutenant Vasily Zheleznyakov voluntarily becomes a hostage of the Afghan leader. If something goes wrong, he will answer with his head.