Why did the USSR enter Afghanistan? 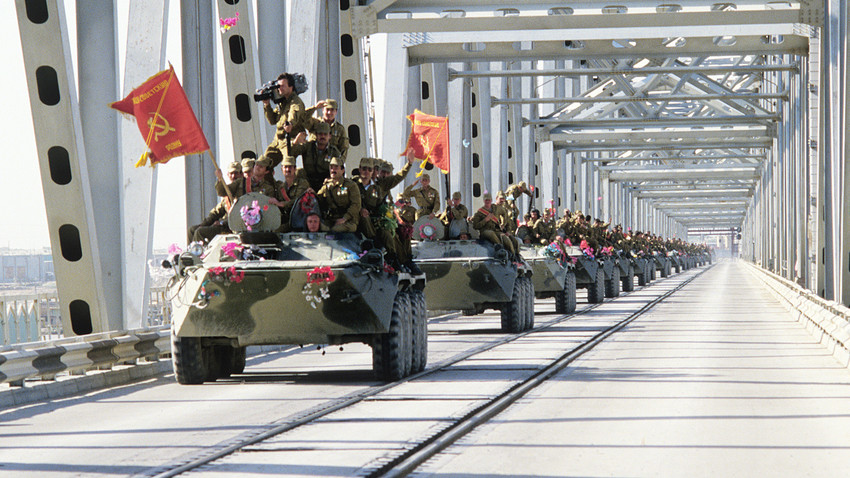 Soviet troops coming back from Afghanistan, 1989. Not everyone in the Russian military was happy enough to come back alive.

Sputnik/Sputnik
The USSR deployed military forces following a direct request by the Afghan government. The move would eventually only be applauded by the U.S as Soviet leader Leonid Brezhnev became mired in his own 'Vietnam'.

No one knows how exactly Hafizulla Amin, the Afghan leader, died. Some claim he shot himself, others say an Afghan officer killed him. One thing is known for sure: it happened the night Soviet Special Forces stormed his well-guarded residential stronghold, the Tajbeg Palace, on Dec. 27, 1979.

It was the first major sign of Soviet involvement in Afghanistan's internecine war. Between Dec. 25 and 27, Soviet battalions moved into the country taking control of the capital, Kabul and beginning what would turn into 10 years of military operations. What’s usually forgotten is the fact that it wasn’t an invasion. Amin basically begged Brezhnev 19 times to send in the troops. The reasons are complex. 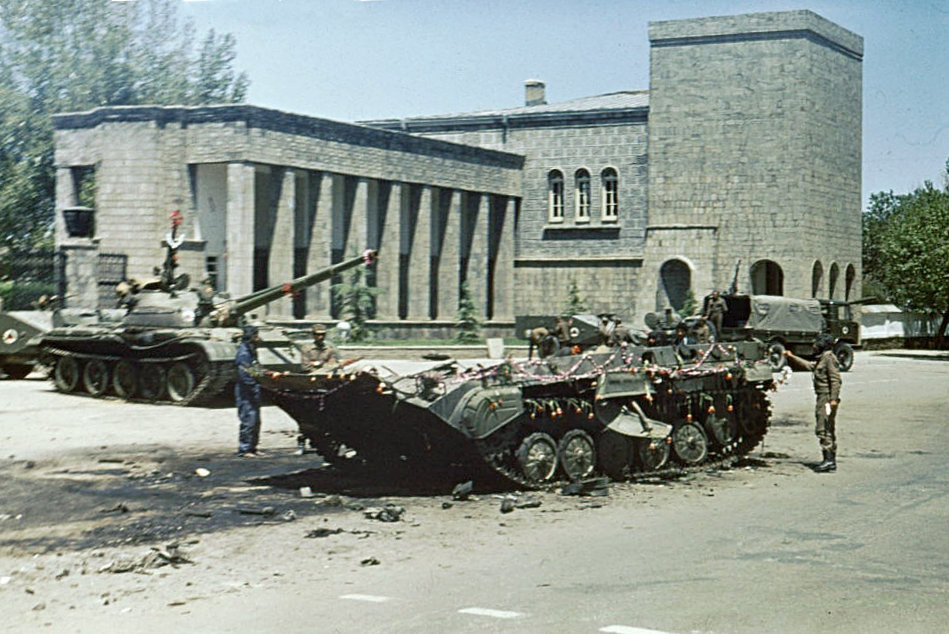 Day after the Saur Revolution, when a pro-Soviet party seized power in Afghanistan.

The Cold War was at its height and neutral Afghanistan seemed to offer a good buffer between the Central Asian republics of the USSR and adversary states: Pakistan, Iran China. After the PDRA took power, all these states and the West perceived it as a threat of communism spreading southwards, to the oil-rich Middle East. They acted accordingly: supported the opposition, including armed Islamist rebels. 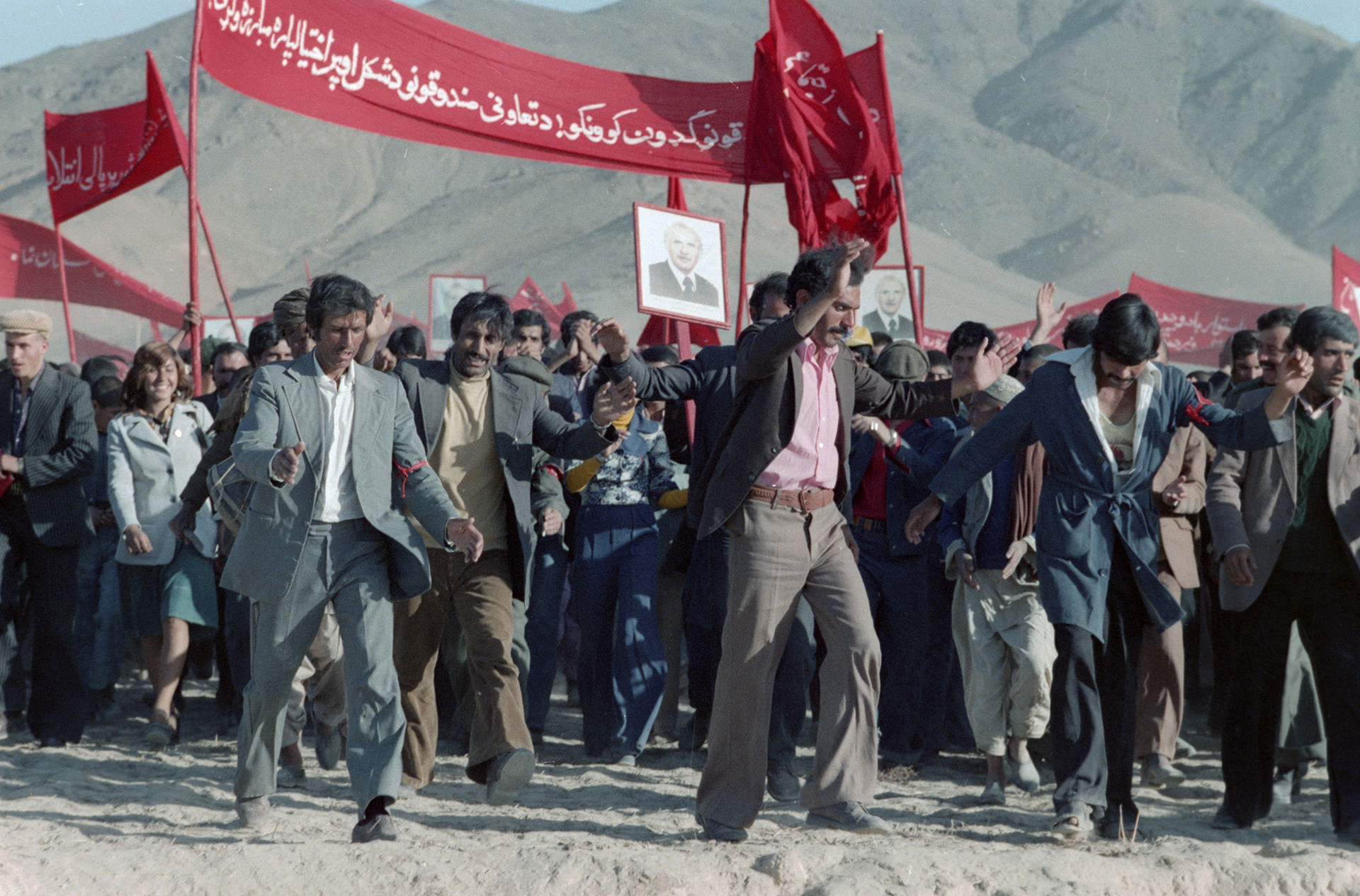 “Come visit us in a year and you’ll find our mosques empty,” Taraki boasted to KGB official Vladimir Kryuchkov in July 1978. He bragged that Afghanistan, a poor rural country, would within a couple of years, match hard-earned Soviet achievements in free education and medicine, universal literacy and heavy industry. Events proved otherwise: the next year the mosques were still full, the country shattered by civil war and Taraki was dead 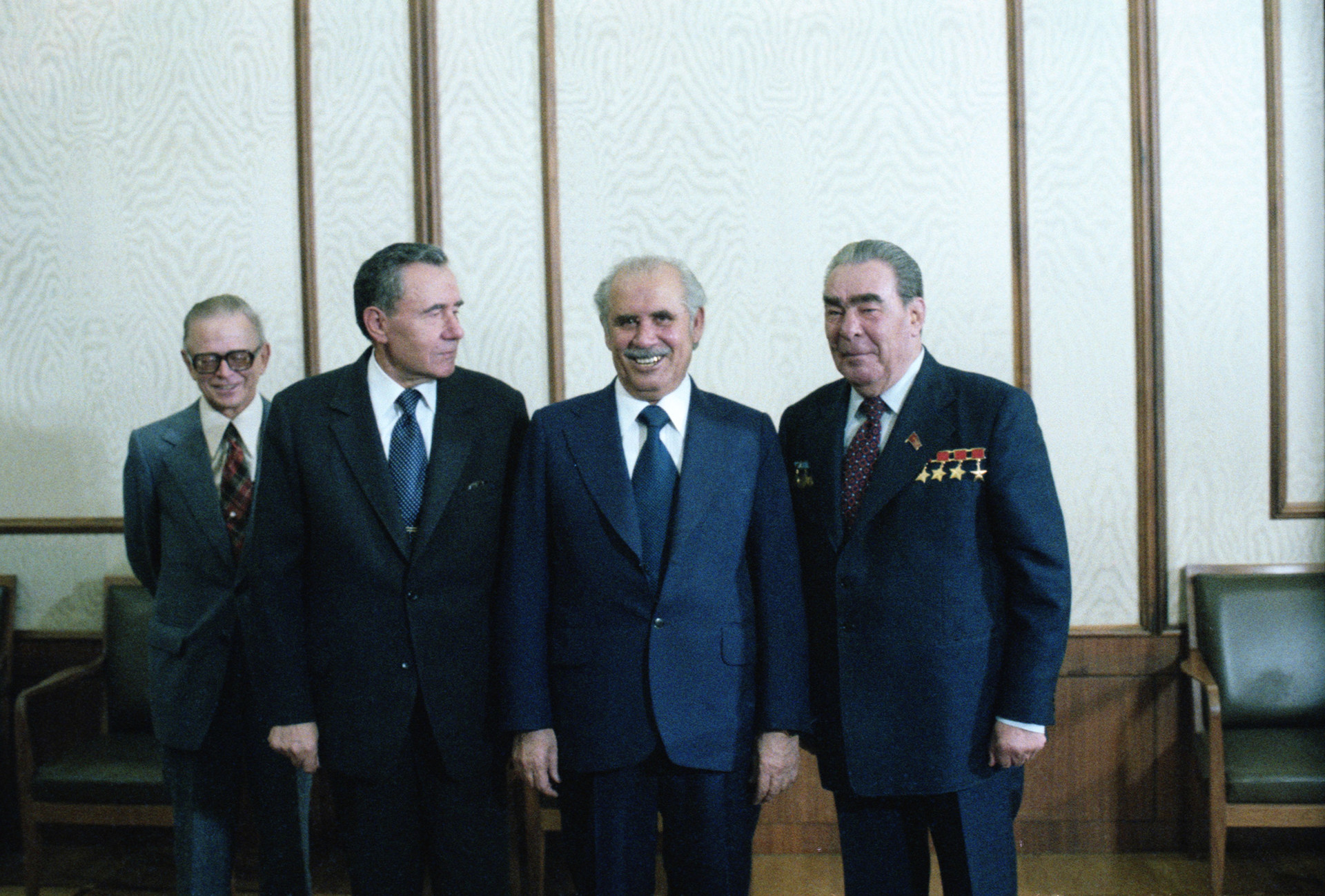 wasn’t rebels who had their way with Taraki but his right-hand man, Defense Minister, Hafizulla Amin: on Sept. 16, 1979, he overthrew Taraki; later his men suffocated Taraki with a pillow. Taking control of the party, Amin continued to wage war against the Islamists (known in the West as the Mujahideen) and maintained good relations with the USSR. Or so he thought.

To invade or not to 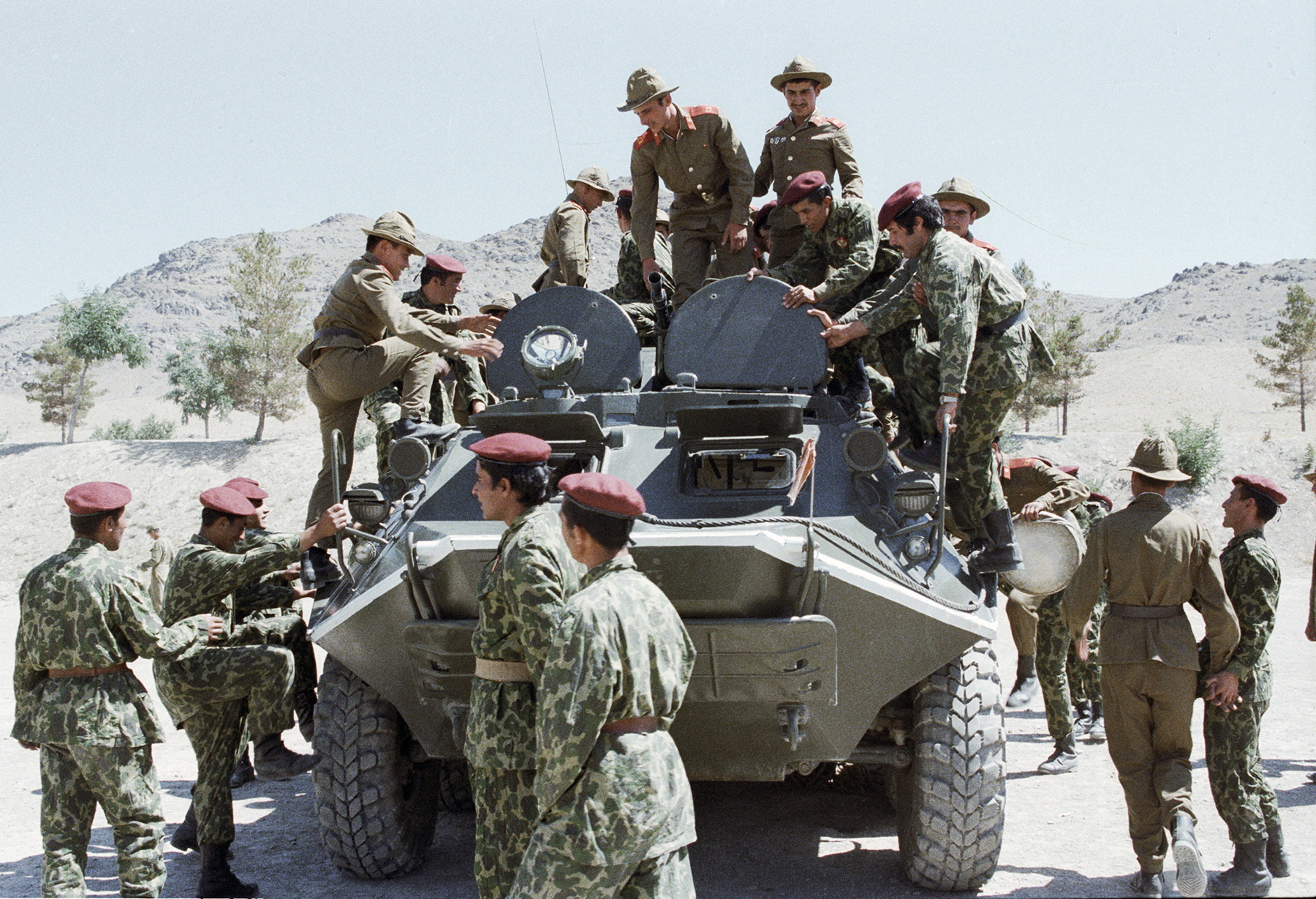 Soviet soldiers are showing their military equipment to Afghan paratroopers.

a couple of months before entering Afghanistan, the Soviet Politburo resolutely ruled out the move. “The only way we can guarantee the Afghan revolution does not fail is by sending in the troops, but we absolutely can’t do that. Too high a risk,” Yuri Andropov, KGB chief future Soviet leader, said in March 1979 during talks on the first of the 19 requests from Taraki and later Amin to deploy Soviet military forces in the country.

Andropov's position was unanimously supported, even though Taraki and Amin insisted that without Soviet support the country would be lost to the Islamists, whose ideology found favor with many Afghanis; and whose rebel forces enjoyed foreign financial support from the U.S., China, Iran and Pakistan (which also supplied fighters). Moscow resolved to support the Afghan government with military supplies - weapons and instructors - but not troops, and did so between March and December 1979.

Trying not to lose

What made the Politburo change its mind? Geopolitics: Brezhnev and his colleagues were afraid of losing Afghanistan. By late 1979, an anti-government coalition held 18 of 26 Afghan provinces, central government's armed forces were teetering on the brink of disintegration and there were fears the country could soon fall under Islamist control. Afghanistan was simply too important to fail 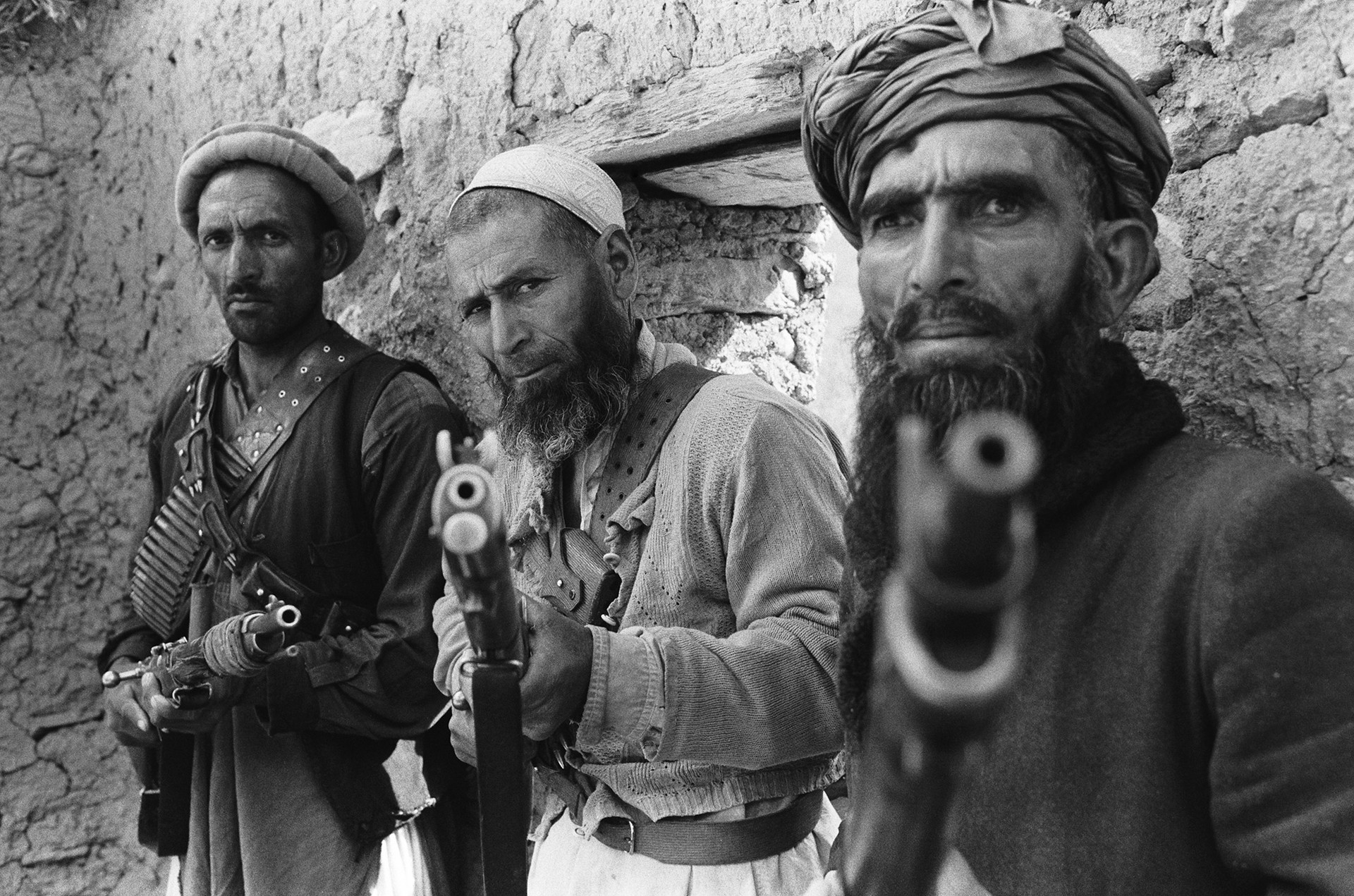 The Mujahedeen - Islamist fighters who opposed the USSR and pro-Soviet government in 1979-1989.

reasoned that if Afghanistan had been taken over by Islamists or pro-Western militias this would have posed a threat to the USSR's Central Asian republics, where border areas in both Afghanistan and the USSR were home to ethnic Tajiks and Uzbeks who were easy prey for absorption into the ranks of the Mujahideen.  “Central Asia, with its Islamic heritage, was considered less Soviet and foreign influence was seen as a big threat,” Mendkovich writes.

If Afghanistan's pro-Soviet government lost the fight against the Islamists, there would have been a risk or Chinese or American military bases appearing in the country, posing a threat to multiple strategic sites. Unprepared to confront such risks, the Politburo reasoned that military action was the lesser of two evils. The top Soviet body also decided to get rid of Amin, suspecting that under pressure he could side with the Americans. 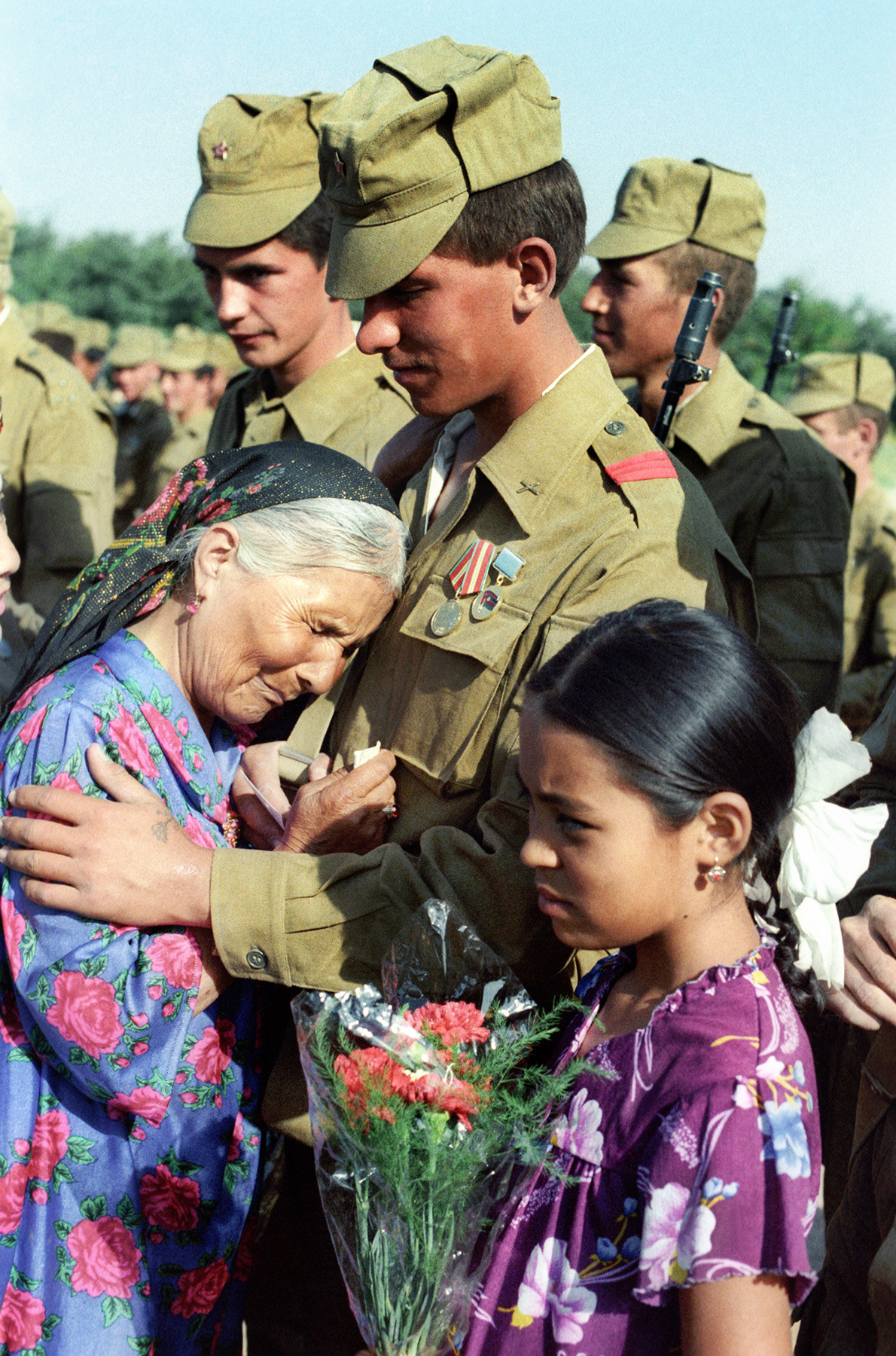 The Soviet presence in Afghanistan lasted until Feb. 1989, and, according to official sources, cost 15,000 Soviet lives (and at least 640,000 Afghans), and failed to accomplish its goals: the pro-Soviet government fell within months of the Soviet withdrawal. The incursion was an international PR disaster that damaged the delicate Cold War balance of détente between the USSR and the U.S., only serving to exacerbate relations between the superpowers.

Soviet involvement in Afghanistan hastened the collapse of the USSR. “The Afghan war deteriorated the USSR’s economic stance and torpedoed Soviet societal unity. The growing number of victims prompted discontent within the country,” writes political scientist Alexey Bogaturov in his book History of International Relations, 1945-2008 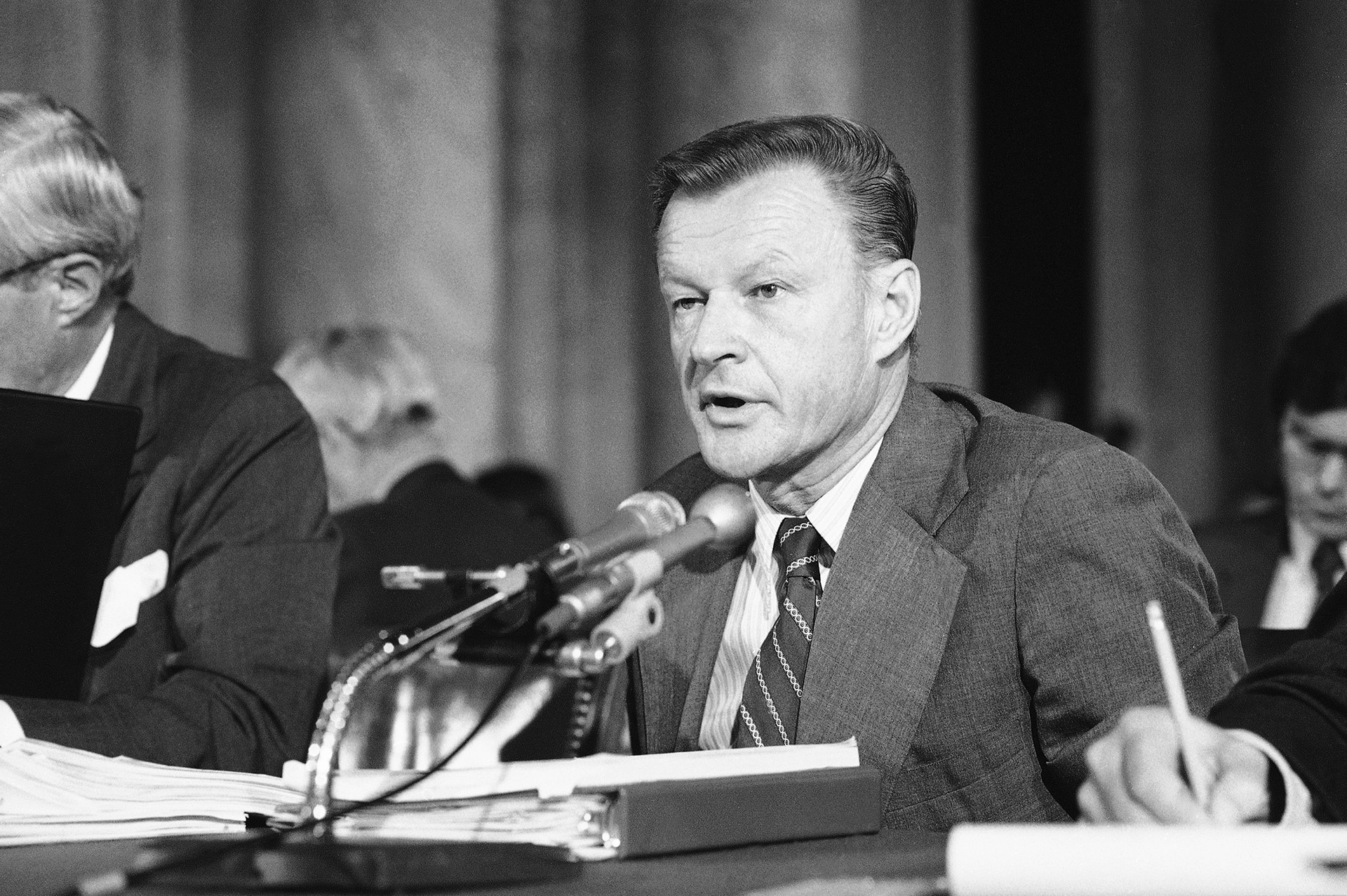 Zbigniew Brzezinski (pictured here in 1980) was among those who provoked the Soviet deployment in Afghanistan. Until the 2000s, it seemed a major win for Washington.

the U.S., maneuvering the USSR to intervene Afghanistan was a brilliant move. “We didn’t push the Russians to intervene, but we knowingly increased the probability that they would,” Zbigniew Brzezinski, President Jimmy Carter's national security advisor 1977-1991, said in an interview with Le Nouvel Observateur.

“The day that the Soviets officially crossed the border, I wrote President Carter: 'We now have the opportunity of giving the USSR its Vietnam war.' Indeed, for almost 10 years, Moscow had to carry on an unsustainable war, a conflict that brought about the demoralization and finally the breakup of the Soviet empire,” Brzezinski said.

He had his reasons to be proud – the interview took place in 1998 and for another three Afghanistan seemed a major win for the U.S. On September 11, 2001, the U.S. came face to face with the lethal dangers of Islamism, funded and supported in Afghanistan, itself. But that’s another story.