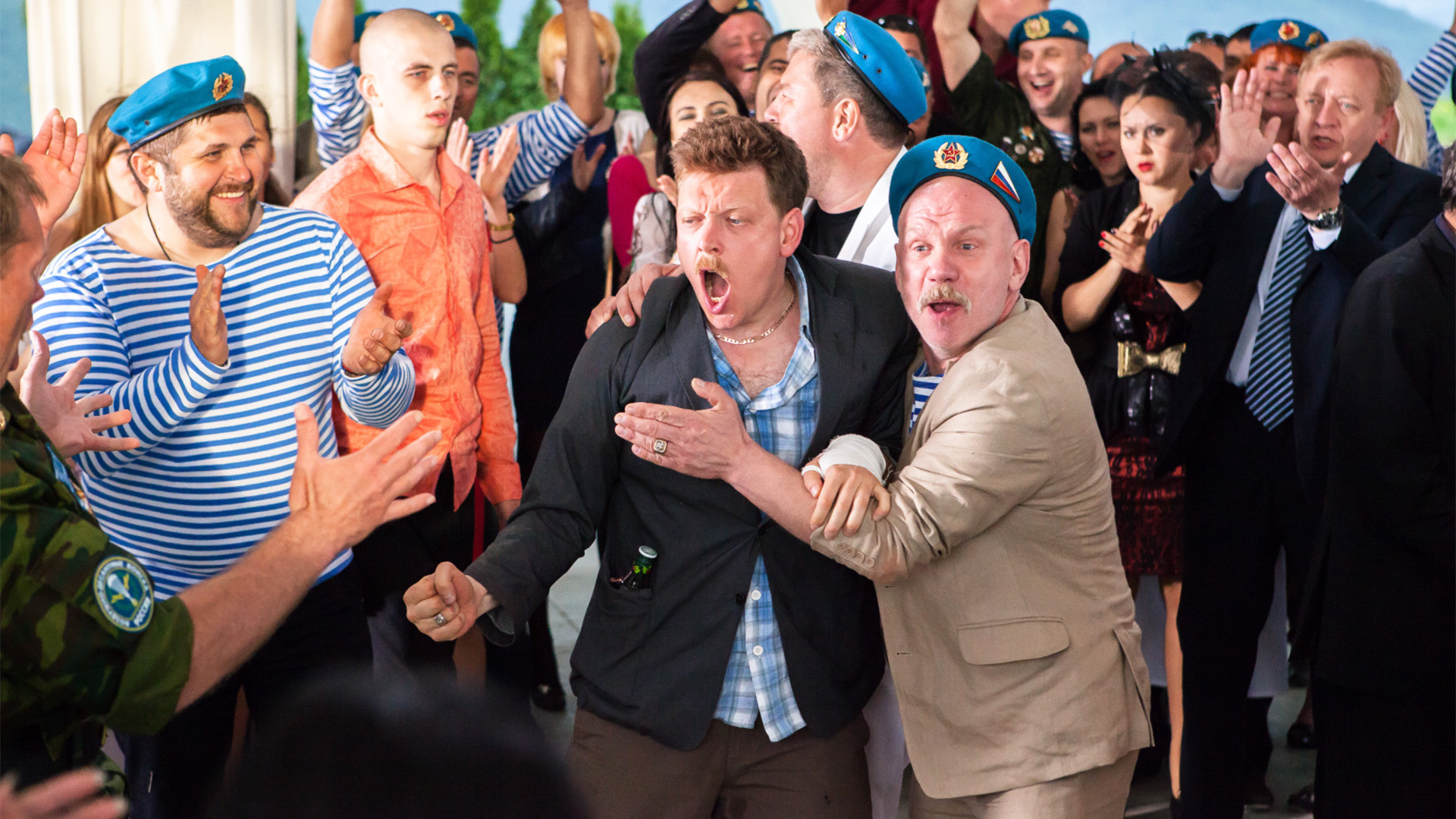 Zhora Kryzhovnikov/Lunapark, Bazelevs, 2014
Many lovers of Russian cinema have seen Soviet-era classics such as the comedies directed by Leonid Gaidai and Eldar Ryazanov, (and if you haven't, we strongly recommend that you do!). Russian cinematic comedy, however, didn't end with the twilight of the USSR. Here's a list of the most recent comedic hits in contemporary Russian cinema. 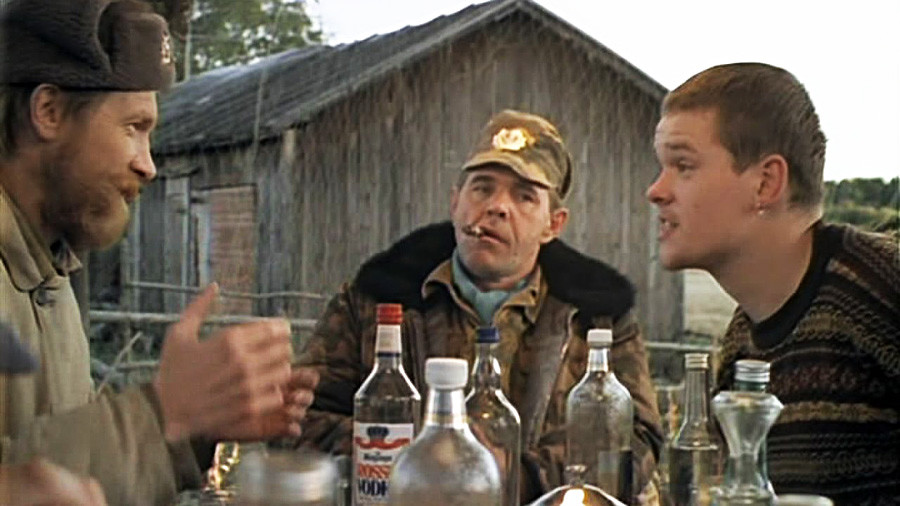 A Finn comes to Russia to do research on national customs and traditions and gets more than he bargained for, including hunting with a crate of vodka in tow. The non-stop drinking leads to lots of comic situations and the hunting quickly forgotten by everyone except the Finn who still harbors romantic dreams of what he thinks is a sublime and noble pastime, just how it was in the 19th century as described in Tolstoy's War and Peace. The film reduces Russians to tears of laughter because they recognize themselves in the characters, who are blown out of proportion to the point of absurdity. And, of course, they laugh at the contrast between themselves and the "weakling" foreigner. 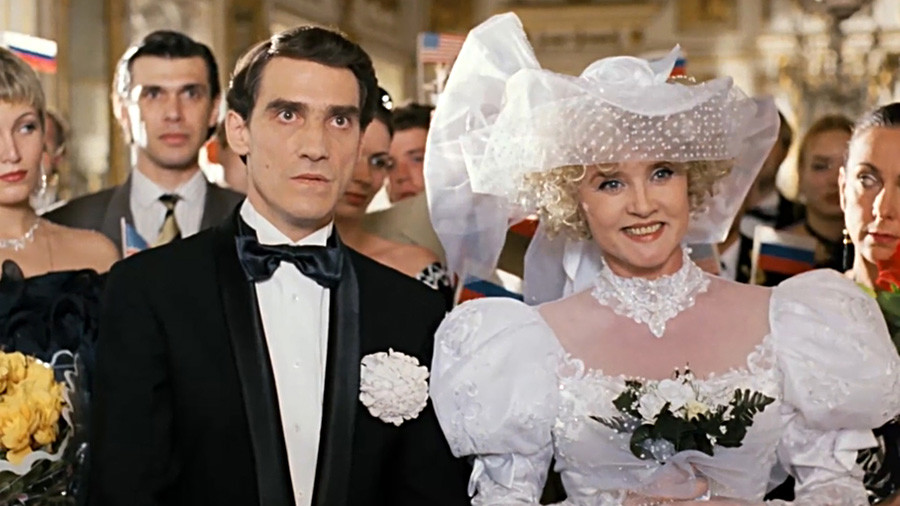 Actor Valery Garkalin (left on photo) simultaneously plays two roles - twin brothers separated in childhood. One is a successful musician and the other a crook. Naturally, one is taken for the other, so the crook has to conduct an orchestra while the musician has to prove to the police that he has been mistaken for someone else. Some people think the film is silly, but others simply adore it. The film has brilliant acting and farcical and funny soundbites that have entered the language as everyday phrases. Make some allowances for the not always PC humor of the 1990s. By the way, perhaps after watching the movie you'll understand why Russians love vodka and cabbage. 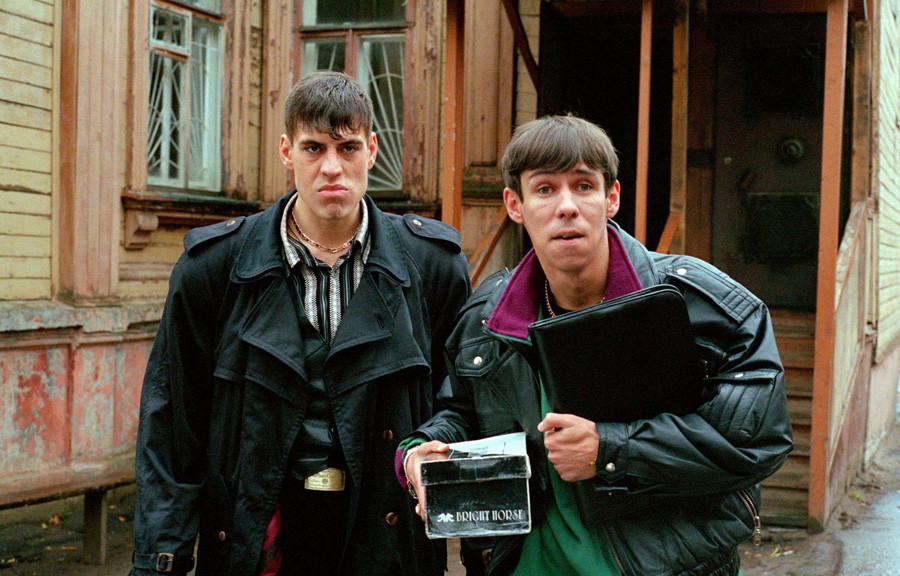 A provincial town in the freewheeling 1990s: a criminal kingpin does drug dealing, runs a protection racket and has the whole town in his power. Two empty-headed accomplices do all the dirty work for him - showdowns between rival gangs, beating people to a pulp, and killings are all part of their everyday routine. The film ridicules the stereotypes of that era: For example, the raspberry-red blazers adored by gangsters who regarded them as incredibly chic, the very first (and large) mobile phones, as well as dishonest schemes to make money out of thin air. (Read more: Why was it so dangerous to live in Russia in the 90s?) 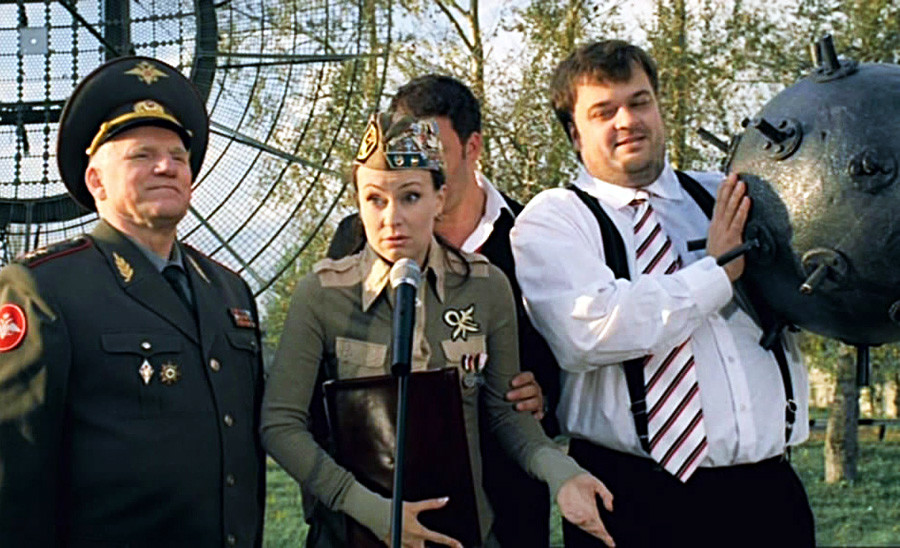 A Russian oligarch wants to swing an election in a provincial town in favor of his protégé, a man who nobody knows. To make sure he wins, the oligarch sends one of the best PR teams to manage and conduct the election campaign. They travel on a steamer, stopping at different places and finding themselves in all sorts of difficult situations. Nevertheless, they manage to pull miracles of incredible resourcefulness. Kinopoisk.ru, Russia's most popular website about films, rated the movie at the top of its list of best Russian comedies. 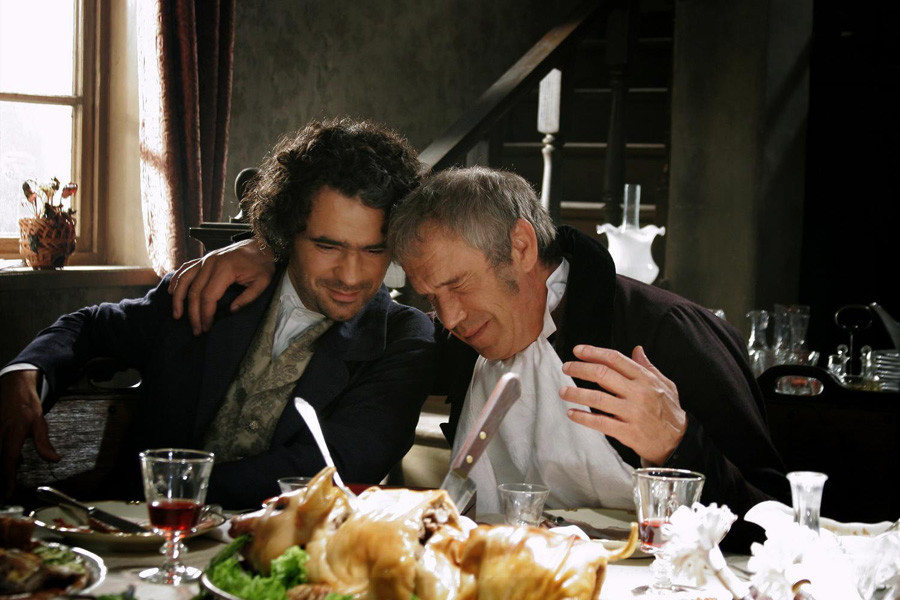 One day in 19th century Russia, an Italian cardsharp arrives in a small town in the middle of nowhere, hoping to beat 'stupid' Russians and get rich. His plan seems impeccable, and everything goes like clockwork, but in the the Russians turn out to be not so stupid… This is a screen version of The Gamblers, a little-known play by Nikolai Gogol, with roles played by leading Russian actors: Sergei Garmash, Sergei Makovetsky, and Andrey Merzlikin. The visiting foreign cardsharp is played by Giuliano Di Capua, an Italian actor who made a career in Russia. 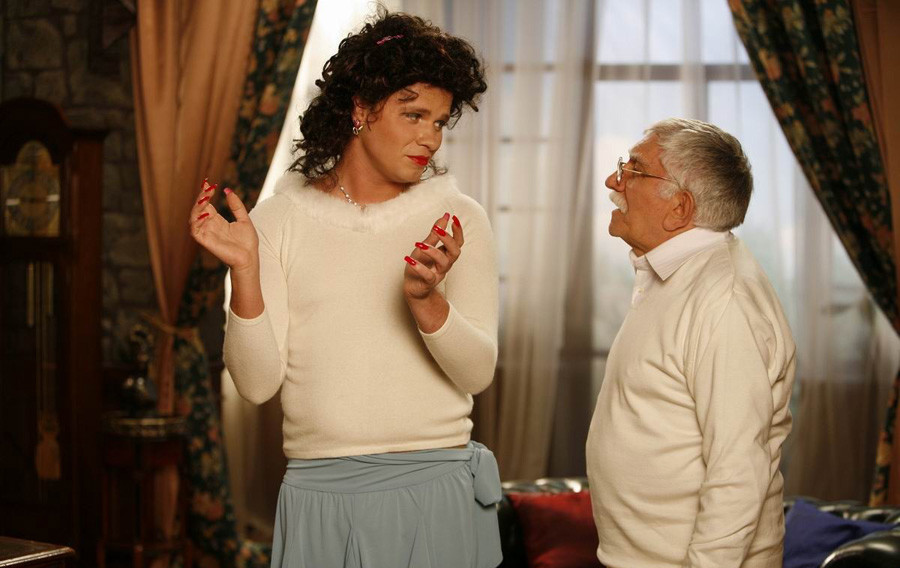 Vadik takes a drag on a joint at his own wedding and suddenly finds himself in God's office. Together with the they discuss whether to send Vadik to Heaven or Hell as they look back at his worthless life that was consumed by drugs, hooliganism and an accidental relationship with a girl from a good family. While often described as the 'worst Russian film ever,' lovers of dim-witted humor in the style of Scary Movie will probably like it. 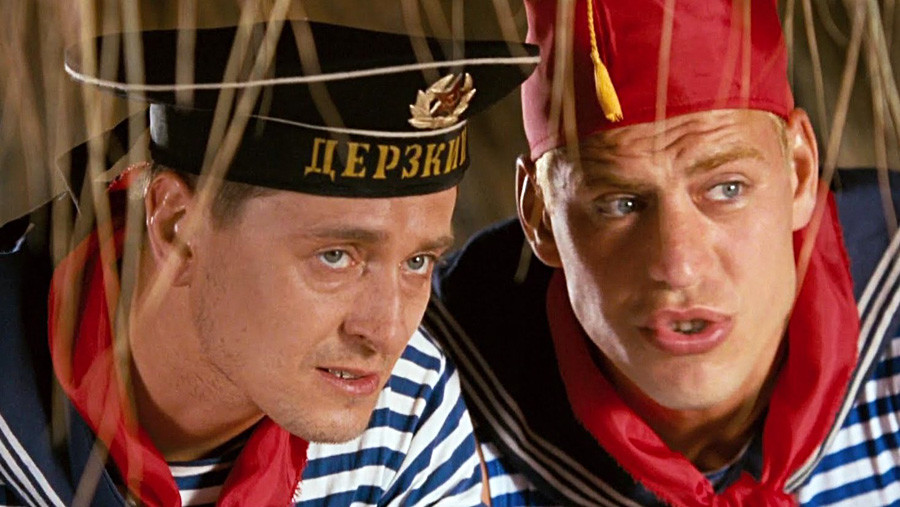 Two prisoners, one of whom is a former cop, escape from prison with the help of an influential person who is in fact after the thieves' loot. To avoid capture, the fugitive prisoners go to work as youth leaders in a children’s summer camp where a strict female supervisor sets rules that are almost as harsh as in prison. This is a feel-good movie about every man being a child at heart. 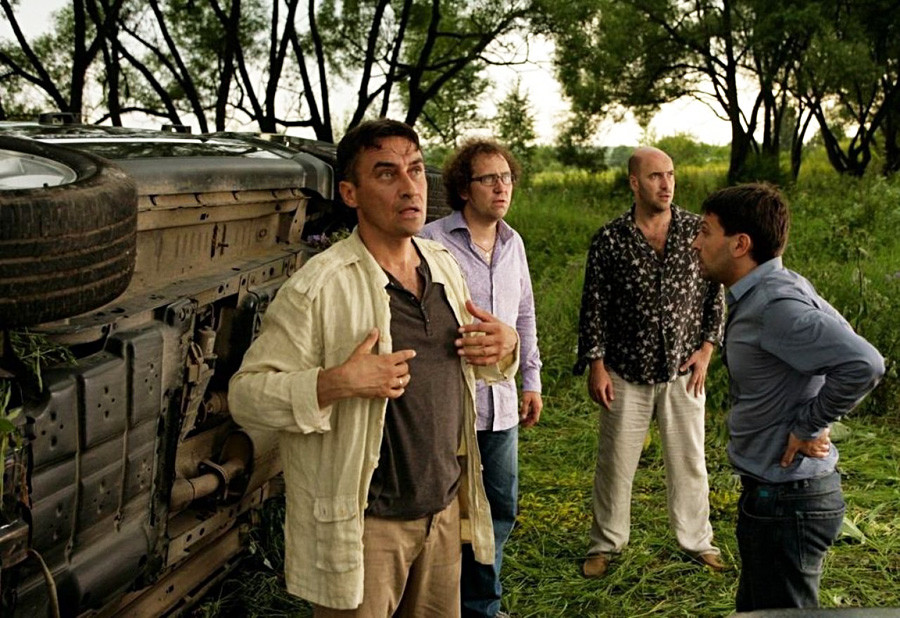 Four friends, get away from their wives and girlfriends to take a car journey from Moscow to Odessa. On the they chat about relationships, women, childhood fears and other guy topics. While there's practically no plot, the movie is full of accurate everyday observations familiar to everyone and, hence, incredibly funny. The movie was made by the same people who produced Election Day. 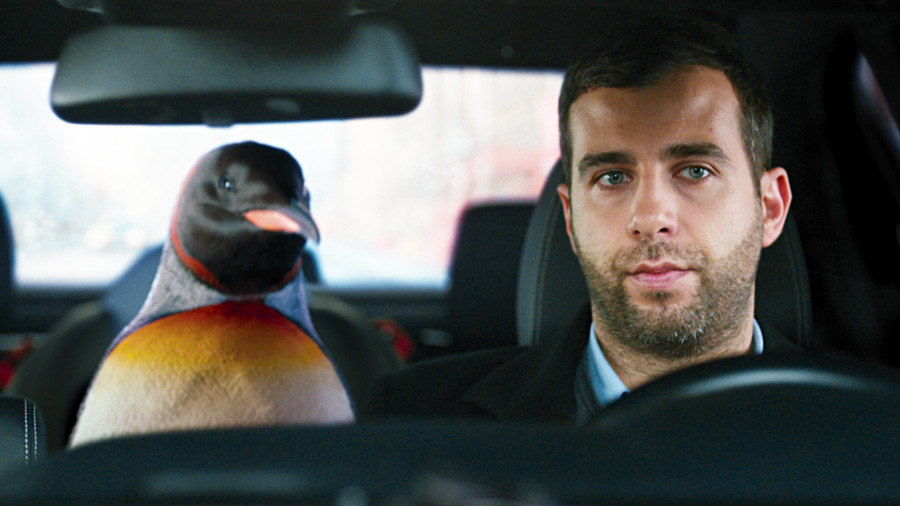 Directed by Timur Bekmambetov, who is well known for his work in Hollywood, the film includes several episodes about how on New Year's Eve, thanks to the theory of six degrees of separation, the most unbelievable dreams come true. It's the most New Year-centric Russian movie since the legendary Soviet film, The Irony of Fate. it's Love Actually, Russian style. Since 2010 a new sequel of Yolki has been released just before every New Year, so you can have a whole movie weekend filled with New Year magic. 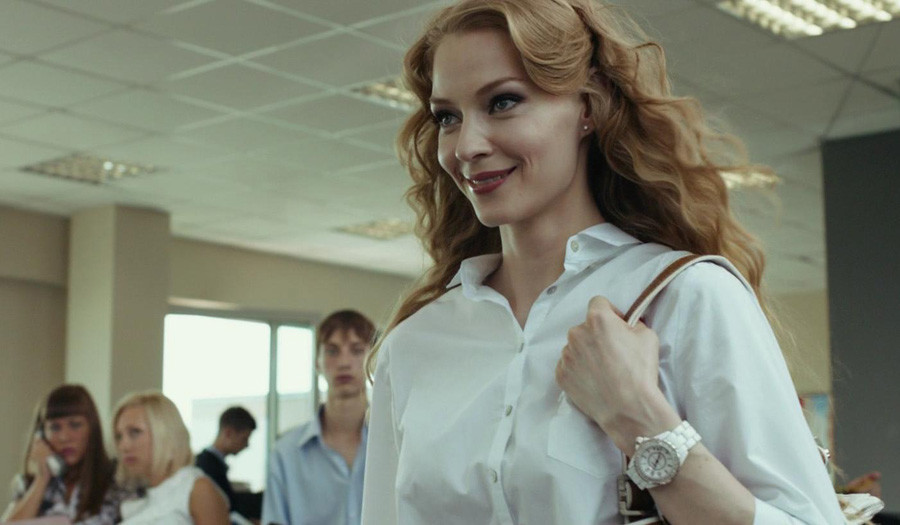 Friends suggest a shy financial analyst to start courting his boss, a dour and cold businesswoman. All his attempts look pathetic and comical, but the personality of the unapproachable woman opens up to reveal a different side. The movie is one of the most successful remakes of the cult Soviet film. (If you haven't seen the original directed by Eldar Ryazanov, watch it first, of course.) 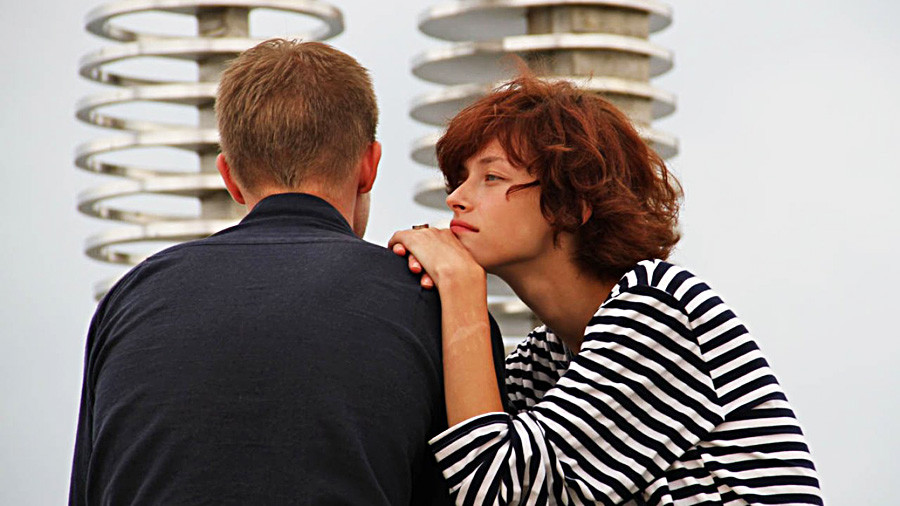 The accent of love is Georgian. Set against the background of the Black Sea and the magnificent mountains of Georgia, where tables groan with food, romantic love always wins out in the beautiful charms of Tbilisi and its picturesque local scene. The film consists of five separate episodic love stories told by the Russian director of Georgian origin, Rezo Gigineishvili. 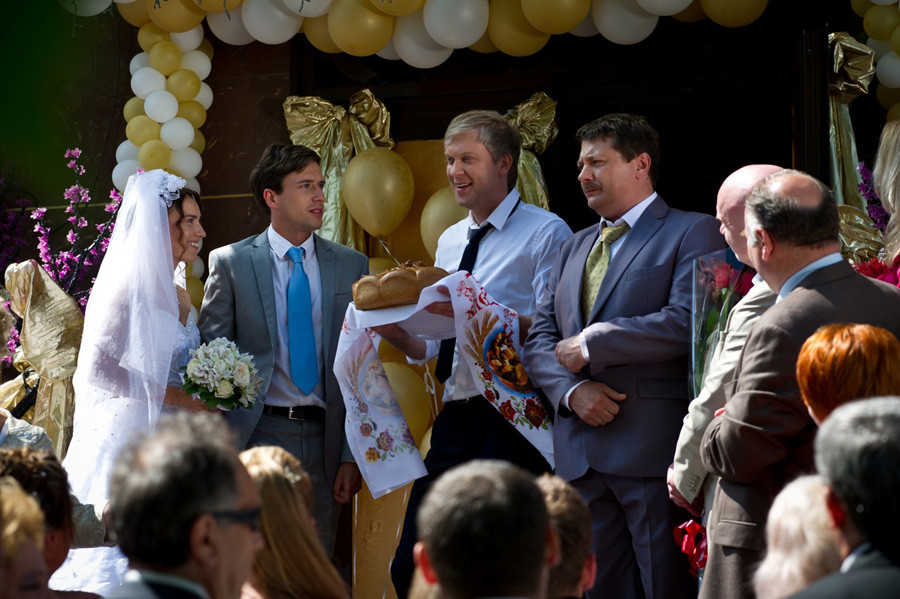 A young couple wants a "modern" wedding, without the traditional Soviet fuss and ceremony, but their parents have different ideas of what the occasion should be like. At a certain things don't go according to plan, and complete chaos and a sequence of madcap events ensue. The film is a compendium of all possible stereotypes associated with Russian provincial weddings, and it takes them to absurd extremes. Brawls, rows and drunken carousing - even the master of ceremonies, a well-known actor from the capital, drinks himself silly. (Read more: The 8 weirdest Russian wedding traditions) 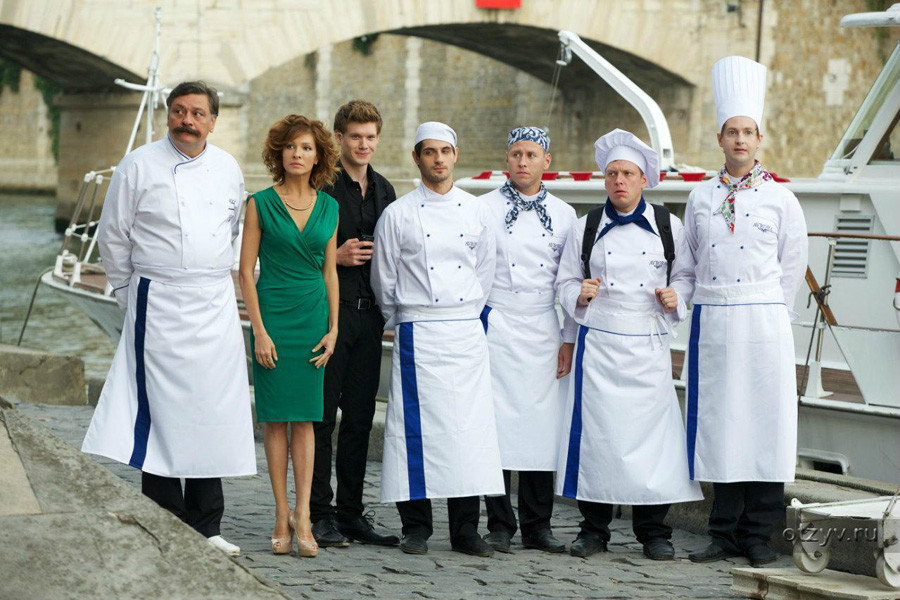 A talented but impulsive head chef at a high-end restaurant terrorizes his kitchen staff, but at the same he likes to hit the bottle. The cooks are always messing things up, finding themselves in absurd situations and havoc on the head chef's nerves. At the last moment, however, everyone pulls together for the common good in order to avoid landing in `hot soup' when the Russian and French leaders plan to hold a meeting in the restaurant. This was the film version of a popular Russian comedy series, Kitchen, which is set in Moscow. 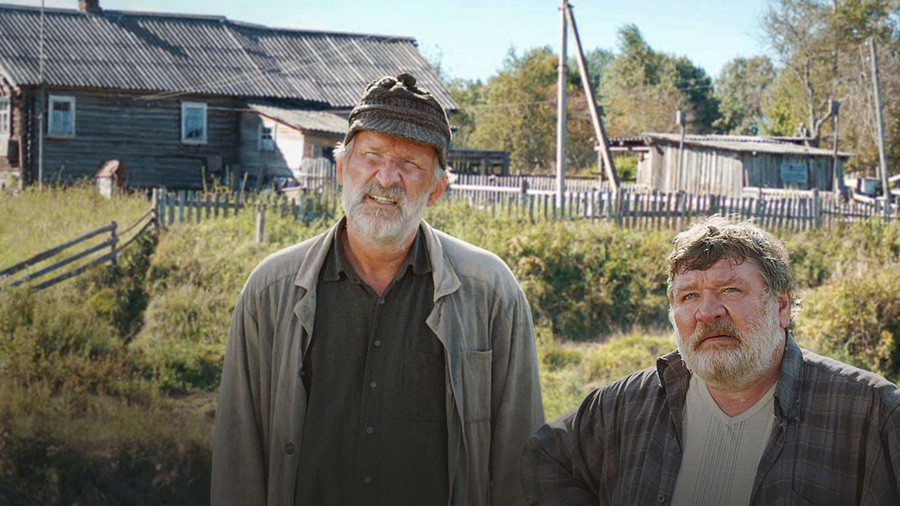 A movie about a small village and its ordinary, residents depicts how two best friends, not exactly in the bloom of their youth, are rivals for the same woman. Of course, there are a whole bunch of ridiculous situations. By the way, a brilliant Soviet film, Love and Pigeons, has a similar mood and portrays a similar love triangle. Highly recommended! 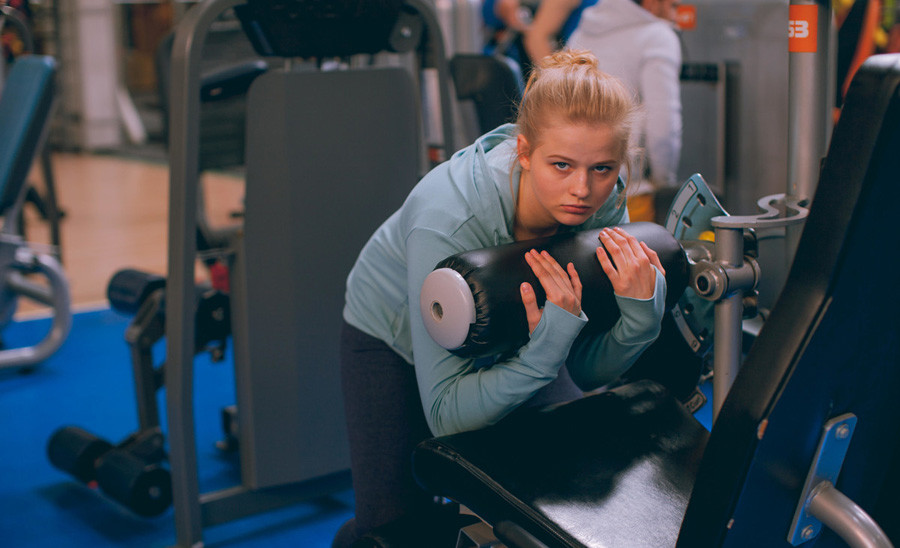 A pastry cook, Anya, can't resist the pleasure of devouring her own cakes and pastries, which is to the detriment of two things - her figure and her relationship with her athletic boyfriend, Zhenya. He is embarrassed to be seen with his chubby girlfriend, and they break up. But Anya decides to change and finds a friend who helps her turn her life around. This is a feel-good, motivational comedy that won't hurt the feelings of supporters of the Body Positive movement. By the way, actress Sasha personally experienced everything that the film's heroine went through - she put on 20 kilos for filming.