How much do Russian billionaires spend on art and charity? 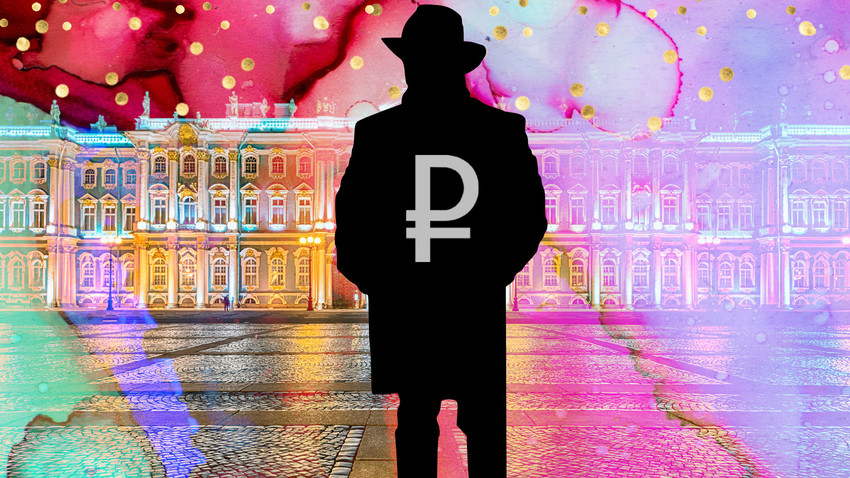 Often in Russia, there are some really rich philanthropists behind any prosperous museum or a successful art exhibition,

Legion Media, Pixabay
Sharing is good, especially when you have some free millions to spare, and the richest Russian businessmen prove themselves generous in these matters.

When on April 15, 2019, a sudden fire seriously damaged Notre Dame in Paris, the richest French families were quick to start a fundraising drive to restore the unique cathedral. Bernard Arnault, CEO of luxury goods conglomerate, LVMH Group, promised to give €200 million ($226 million), while the Pinault family pledged €100 million ($113 million), and others also chipped in. It seems as if the wealthy in France care about their country’s legacy, or at least about some good PR.

Fortunately, Russians have not had to fundraise for say, restoring the Kremlin after a fire. But if we had to, there’d be no shortage of very rich people ready to donate. Like elsewhere, Russian billionaires are familiar with charity. Here are some examples. 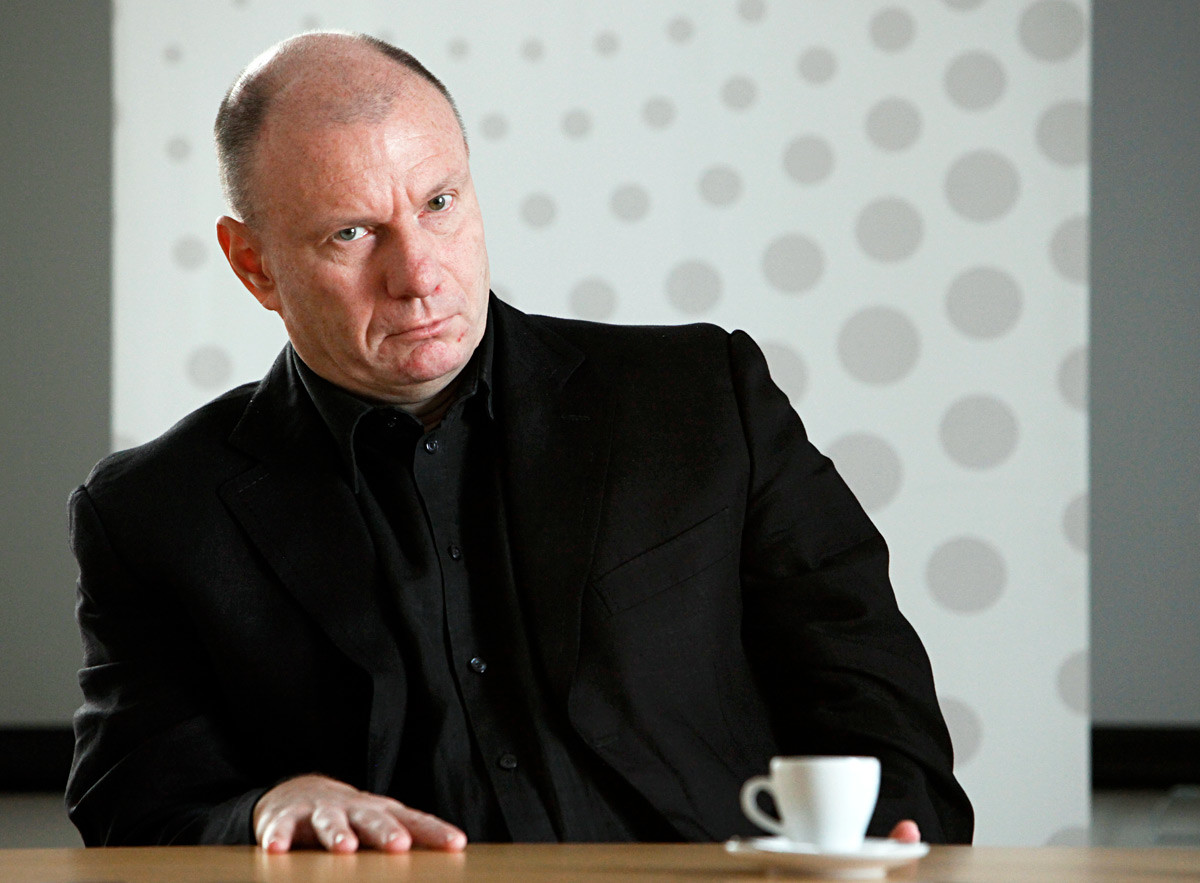 Who he is: Vladimir Potanin controls the Interros conglomerate, which holds a 33 percent stake in Nornickel, the world's leading producer of nickel and palladium.

Art and charity projects: Potanin owns a charity foundation in his name. It supports students and professors at Russian universities with scholarships, runs museum programs aimed at developing the museum sector in Russia, and fosters philanthropy. In 2017, according to its annual report, Vladimir Potanin’s foundation spent 572 million rubles ($8.9 million) on these programs.

Among other projects, Potanin regularly supports the State Hermitage – one of Russia’s most important museums; he has headed that museum’s Board of Trustees since its creation and donates considerable sums of money personally – $5 million in 2010, for instance. He also joined The Giving Pledge initiative started by Bill Gates and Warren Buffett, promising to give at least half of his net worth to charity. 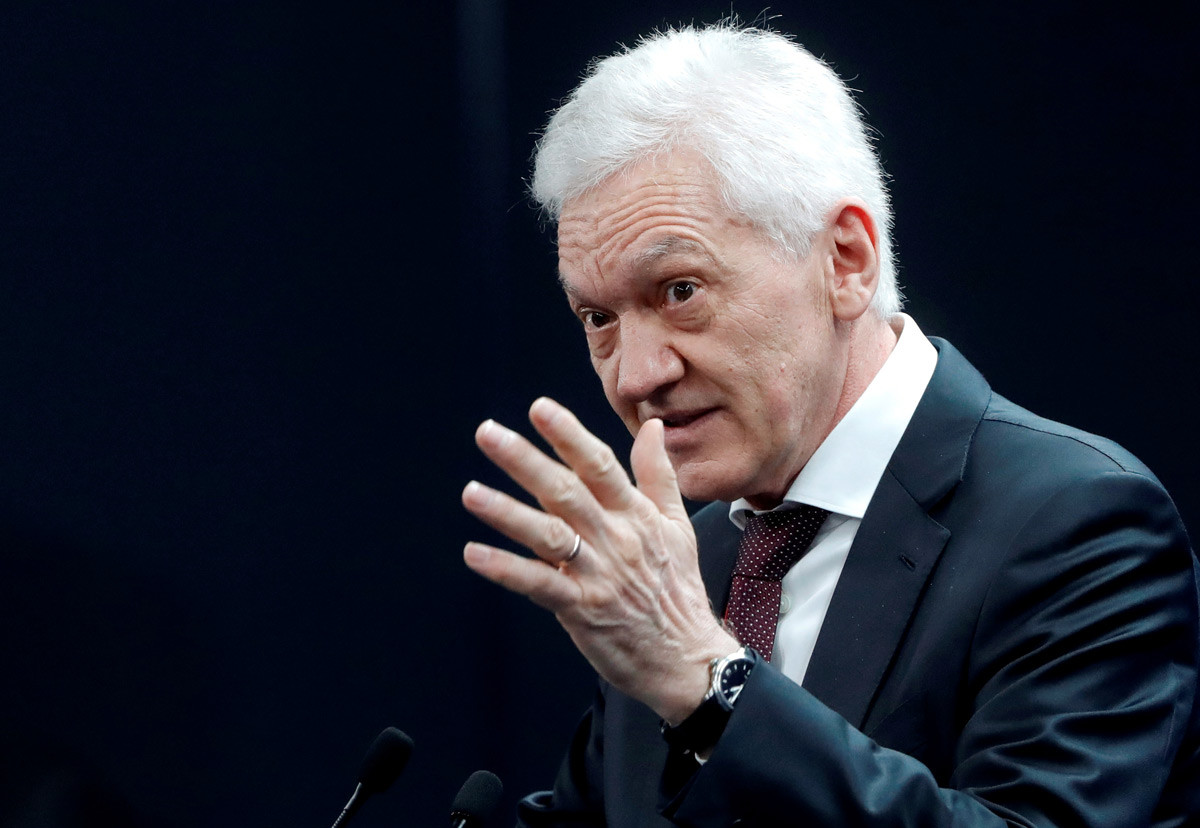 Art and charity projects: In 2010, Timchenko and his wife, Elena, co-founded the Elena and Gennady Timchenko Charitable Foundation, which supports the elderly (geriatric services), sports (hockey, in particular) and culture (especially development of small cities and villages around Russia). In 2017, the Timchenko Foundation invested 778 million rubles ($12.1 million) in these programs (annual report).

In 2014, Timchenko also mentioned he was ready “to give everything [all his property] to the state or to charity, if it’s necessary.” 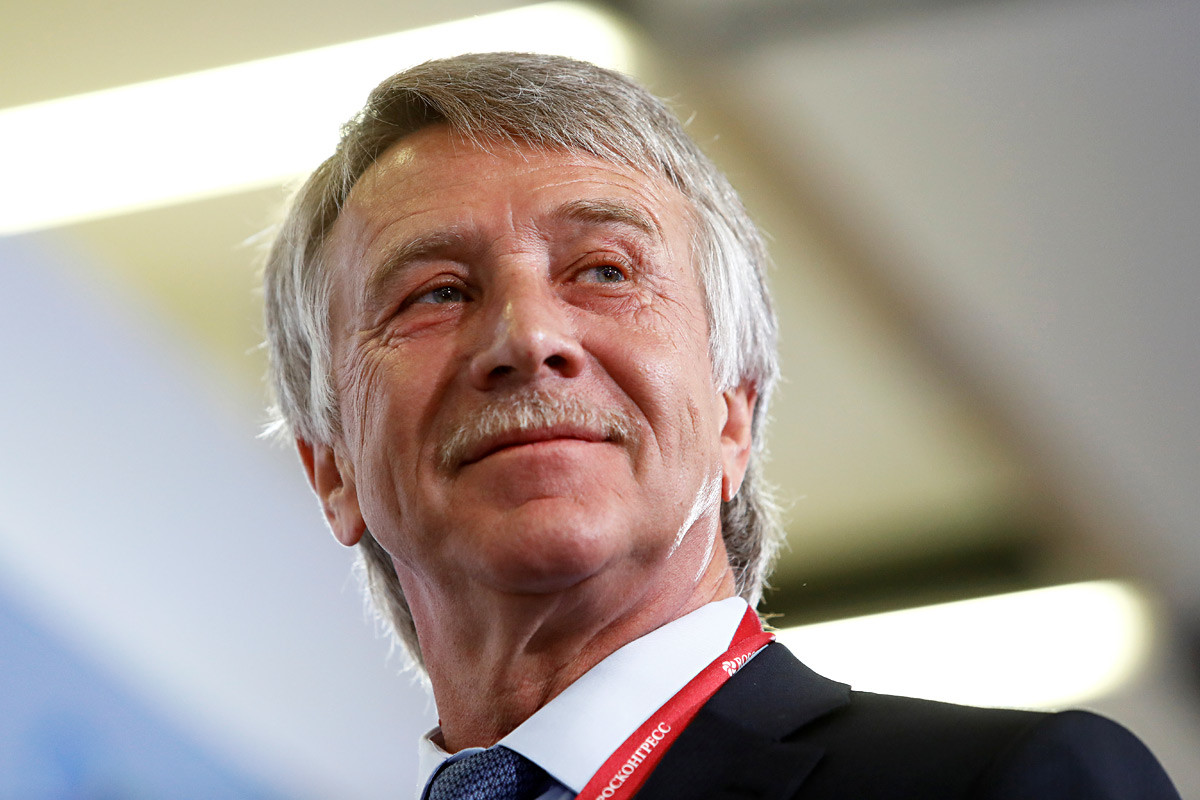 Who he is: Timchenko’s business partner, Leonid Mikhelson, is also a major shareholder in Novatek and Sibur.

Art and charity projects: Mikhelson is deeply involved in the patronage of art. In 2009, the businessman established the V-A-C Foundation (Victoria — the Art of Вeing Contemporary, named after Mikhelson’s daughter), which supports contemporary art and provides grants for young artists and curators. In 2017, V-A-C established its headquarters, DK Zattere, in Venice,  and it now operates as a multifunctional art space.

Mikhelson’s foundation, headed by Italian curator Teresa Iarocci Mavica, works on creating another art space, this one in Moscow, at the decommissioned Soviet power station, GES-2, in the city center. According to Mavica’s interview, Mikhelson’s foundation, along with partners, will spend a total of 10.7 billion rubles ($167 million) on this project. 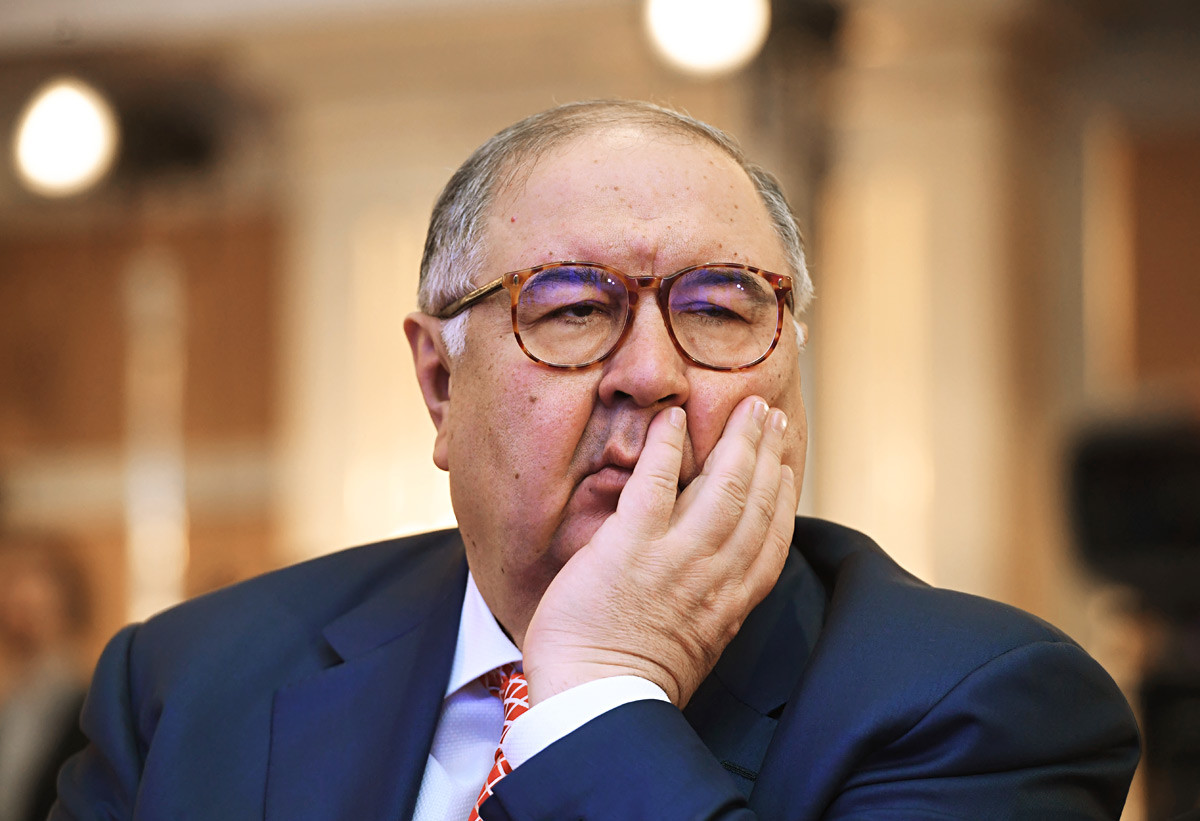 Who he is: Since 2012, Usmanov heads USM Holdings, which unites his various commercial holdings, including Metalloinvest, one of Russia’s biggest mining and metallurgy companies.

Usmanov gave several expensive gifts to museums and public funds. For instance, in 2007 he acquired the art collection of Mstislav Rostropovich and Galina Vishnevskaya, and gave it to the Russian state, spending $111.7 million. In 2019, The Sunday Times estimated his recent donations to art, science, culture and sports at 137.3 million pounds ($178 million). 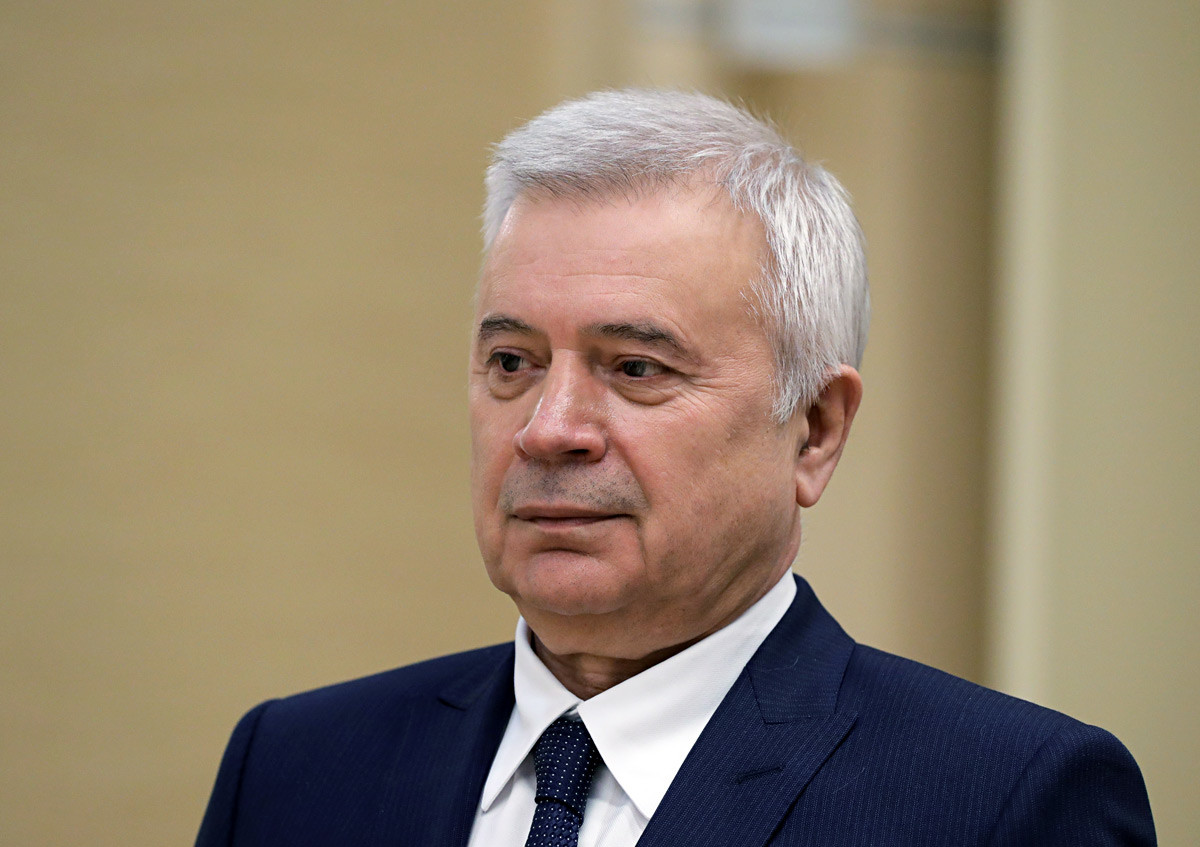 Who he is: Alekperov was one of the founders of LUKOIL, Russia’s leading energy corporation. Now, he serves the company as its president and owns 26 percent of this oil giant.

Art and charity projects: Since 2007, Alekperov runs the “Our Future” foundation, the aim of which is “giving support to and financing companies that work to solve social problems”; basically, the foundation works with social entrepreneurs around Russia. In 2018, it spent 585 million rubles ($9.1 million) on social initiatives. 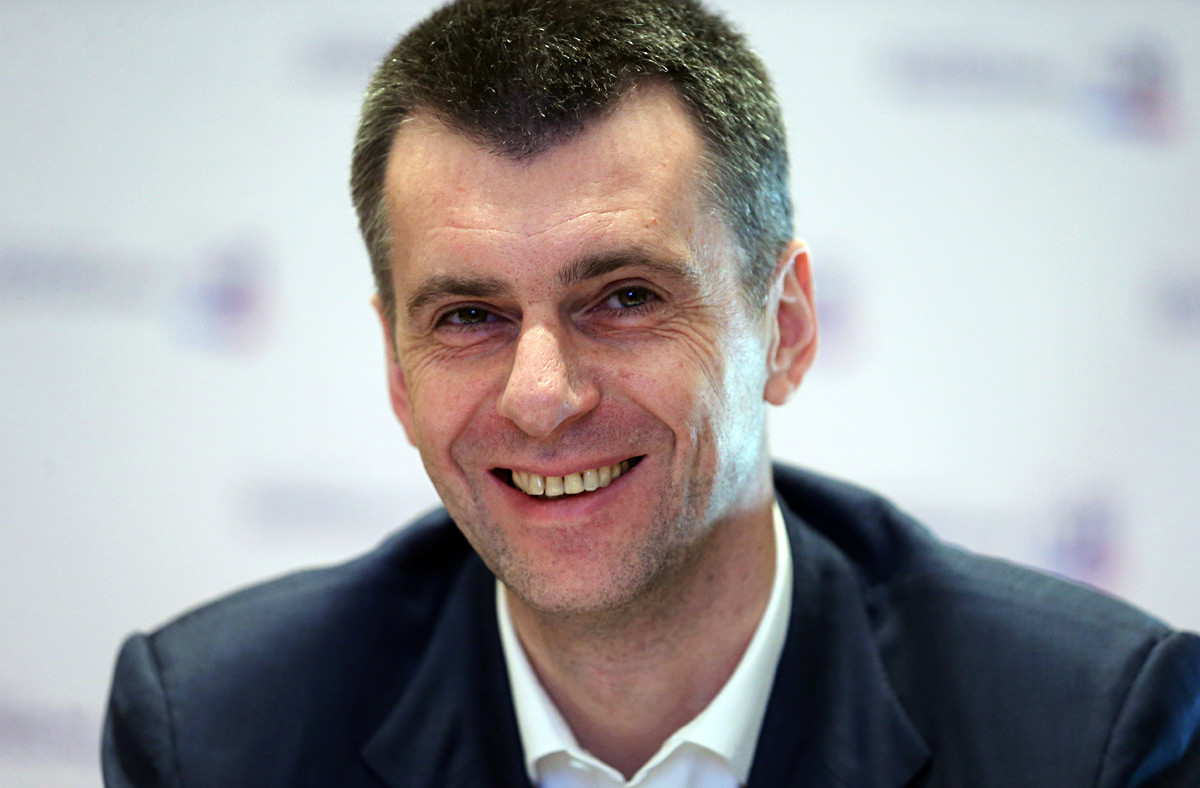 Who he is: Well-known in Russia for his presidential bid in 2012 (finished 3rd place), Prokhorov owns 51 percent of the Brooklyn Nets basketball team in the NBA, but currently his wealth consists mainly of assets in different companies.

Art and charity projects: In 2004, when Prokhorov owned a share in Nornikel, he launched a fund in his name. At first, it was based in the city of Norilsk, where Nornikel’s headquarters is situated, but then it spread into other regions of Russia. As for now, the Mikhail Prokhorov Fund headed by his sister, Irina, supports cultural institutions around the country (book fairs, literary prizes, theater festivals and so on). Its current budget equals 320 million rubles ($4.9 million).