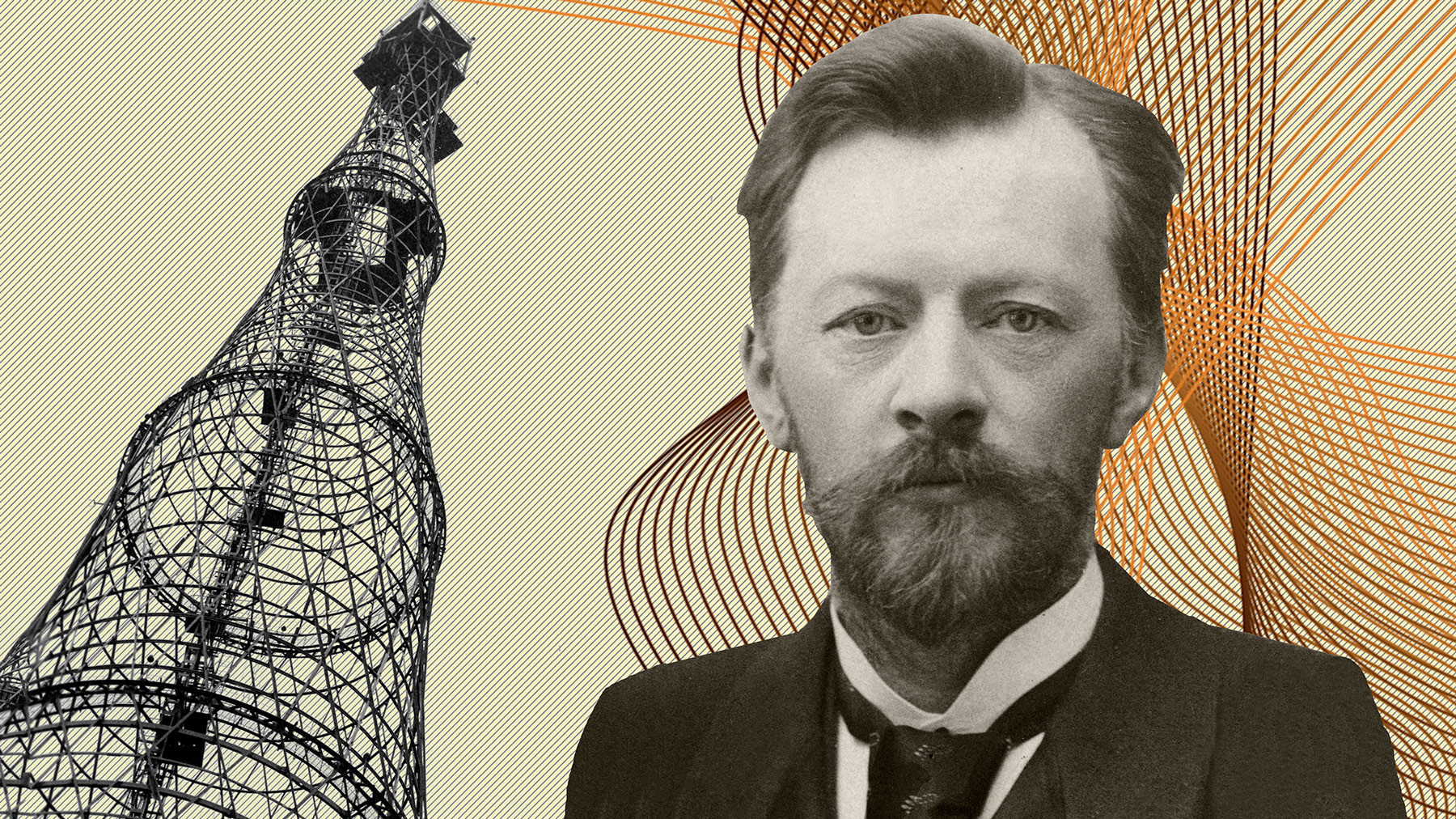 Boris Elshin/Sputnik, Archive
The Shukhov towers are among the most spectacular monuments of Russian engineering. These openwork constructions are a wondrous mix of elegance and robustness, architecture and mathematics. Where are they? And who devised them?

1. The type of structure known as the Shukhov tower was designed by famous Russian scientist and engineer Vladimir Shukhov, a true genius of his time. He first gained worldwide recognition for his innovative inventions in the field of pipeline transportation. But his calling card—and the centerpiece of this article—is undoubtedly the Shukhov tower. 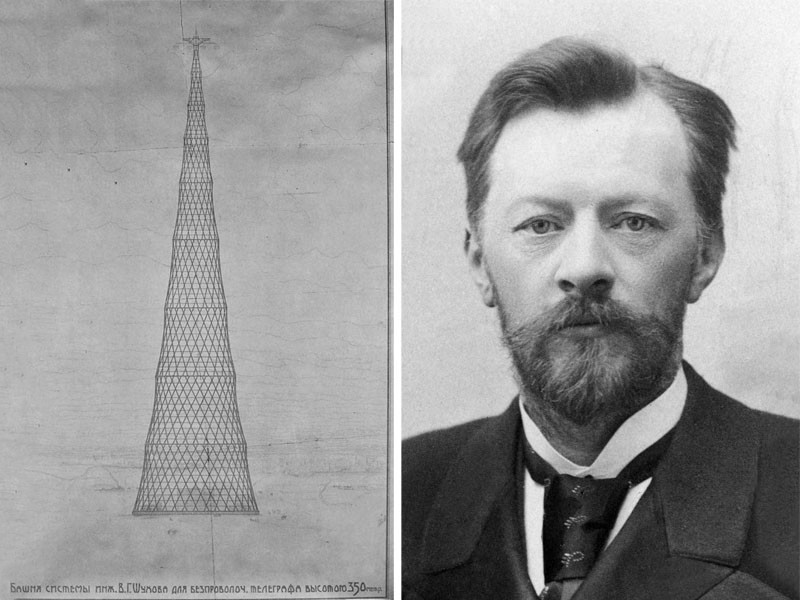 2. The Shukhov tower is a so-called hyperboloid structure—an openwork metal tower with a circular plan, each vertical section having symmetrically concave sides. The design combines incredible external fragility with amazing solidity, visual appeal, and the potential for wide industrial application. 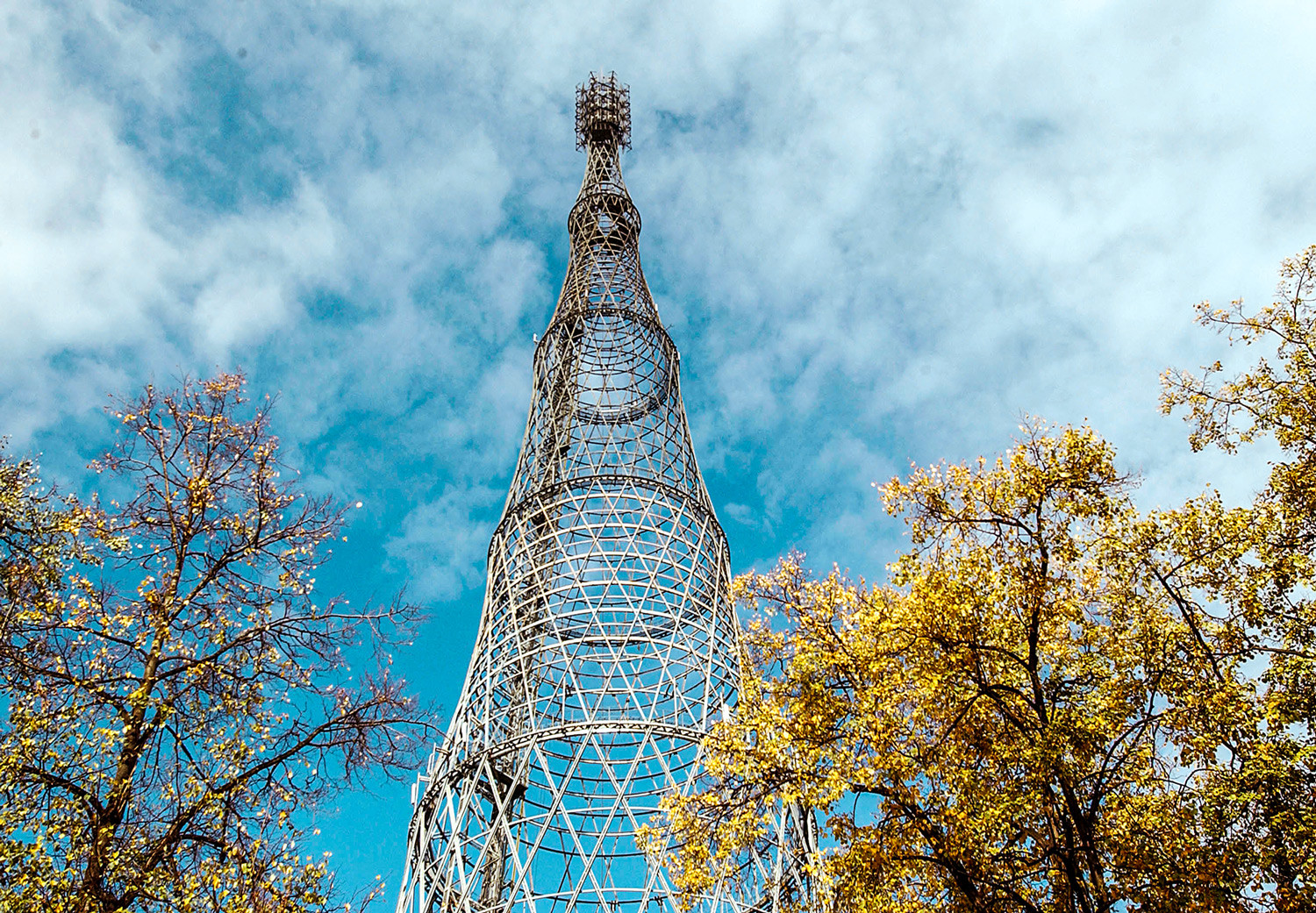 Shabolovka Tower by Shukhov in Moscow

3. Believe it or not, but the inspiration for this highly unusual engineering structure came from Russian wicker baskets. Despite being made of brittle twigs, they are able to withstand considerable weight. It is commonly known that a large wicker basket turned upside down can readily support the weight of a person, thanks to the interlaced weaving. 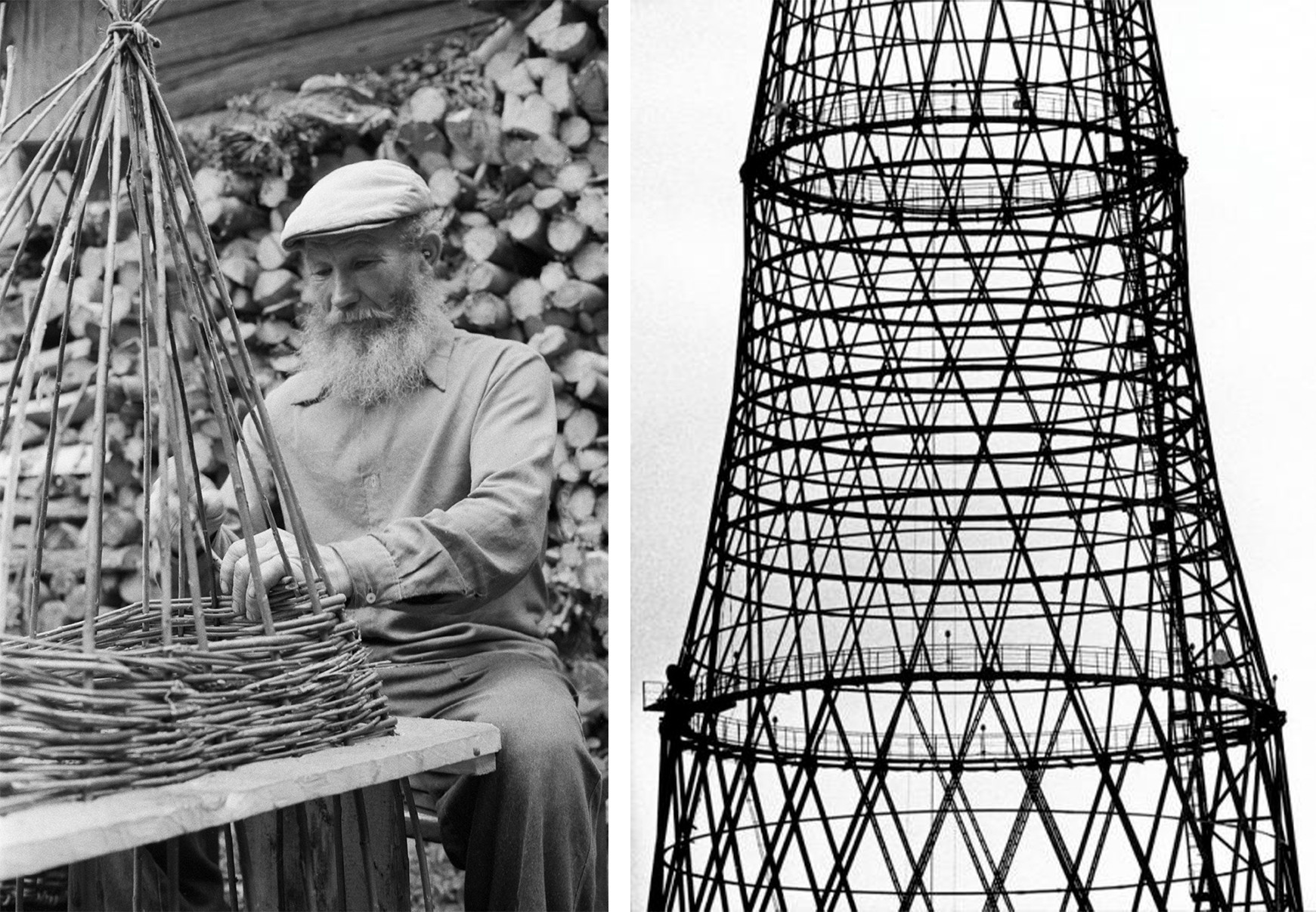 4. The first Shukhov tower was publicly unveiled at the All-Russian Industrial and Art Exhibition in Nizhny Novgorod in 1896, where visitors were shown some of the most interesting and advanced engineering inventions of the day. 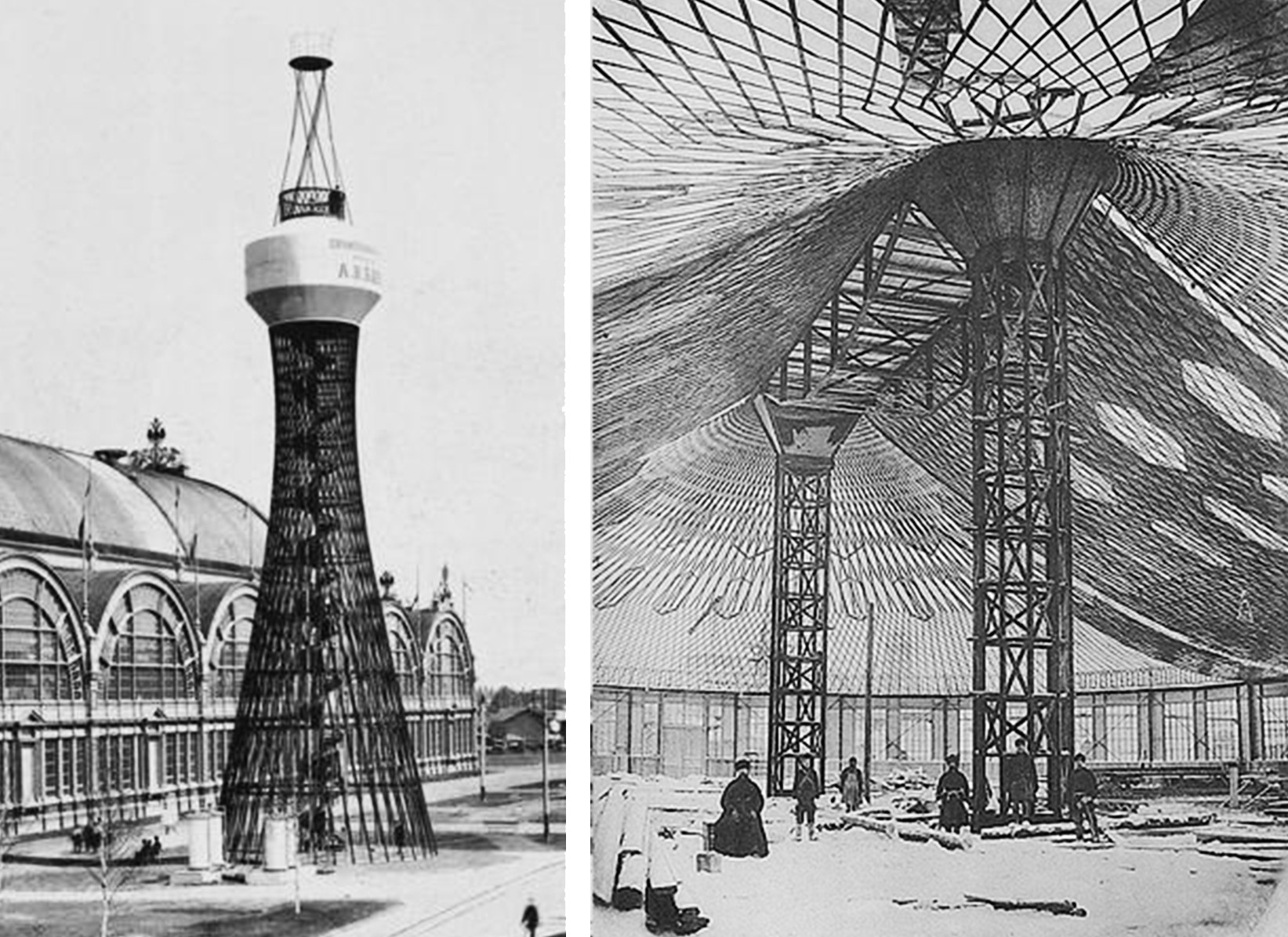 The tower was no mere curiosity. It was there on duty, serving as a water tower and supplying water for the entire exhibition. What’s more, a viewing platform was installed above the water tank for all exhibition guests to come up and enjoy.

Shukhov’s tower was not the only construction he presented at the Nizhny Novgorod exhibition. Another was an oval-shaped pavilion with a hanging steel-mesh cover. Soon afterwards, Russia adopted Shukhov’s pioneering technique for installing overhead covers on buildings, a prime example of which can be seen atop Moscow’s GUM department store.

5. The world’s first Shukhov tower immediately found an owner in the shape of Russian aristocrat, industrialist, and philanthropist Yuri Nechaev-Maltsov, whose place in Russian history is ensured as one of the founders of the Pushkin Museum of Fine Arts in Moscow. 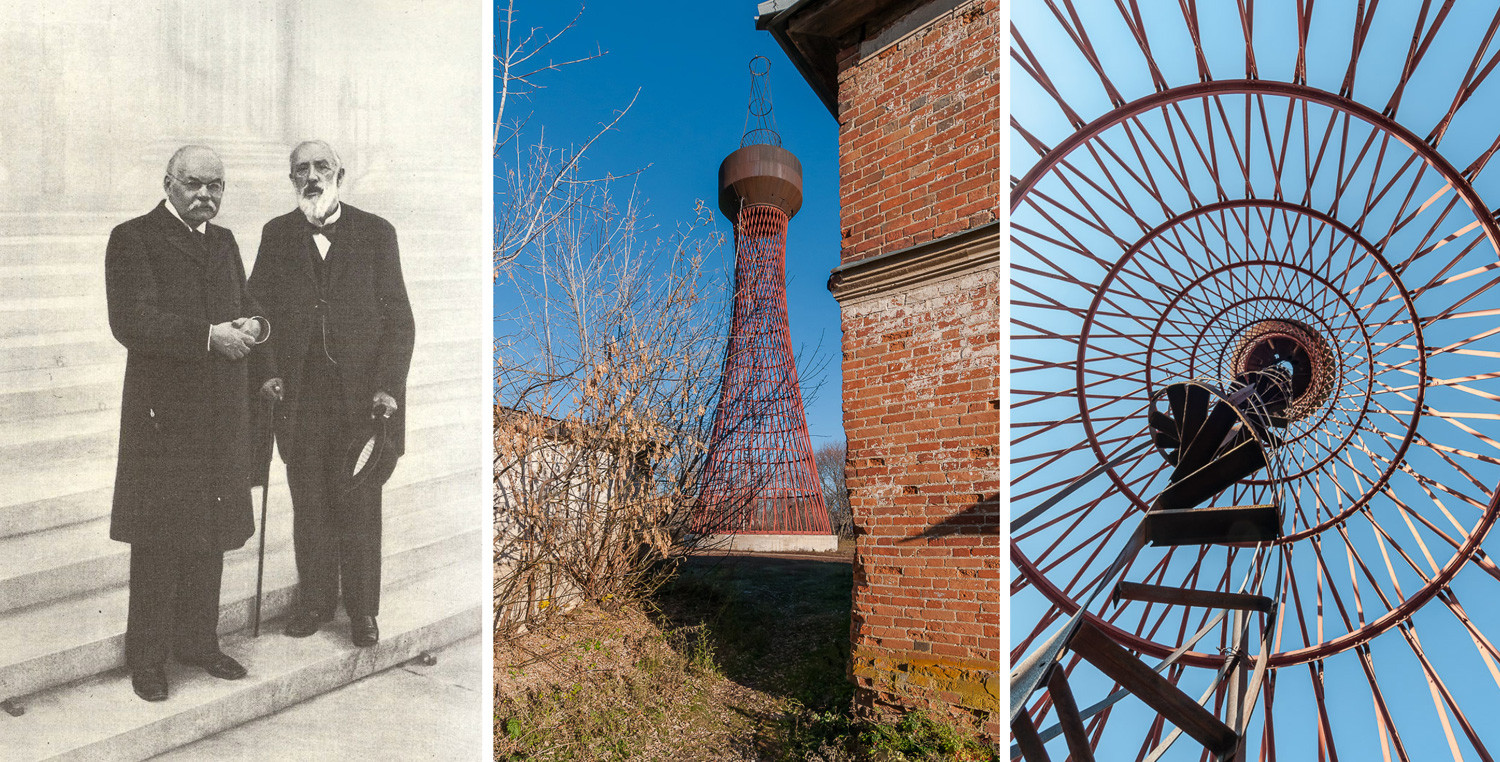 Nechaev-Maltsov purchased the tower in Nizhny Novgorod and had it transported to his estate at Polibino, where it was used as a water tower and viewing platform. Writer Leo Tolstoy, poet Anna Akhmatova, and Russian academic and cultural figure Ivan Tsvetaev (father of poet Marina Tsvetaeva) are all said to have climbed the tower at various times. 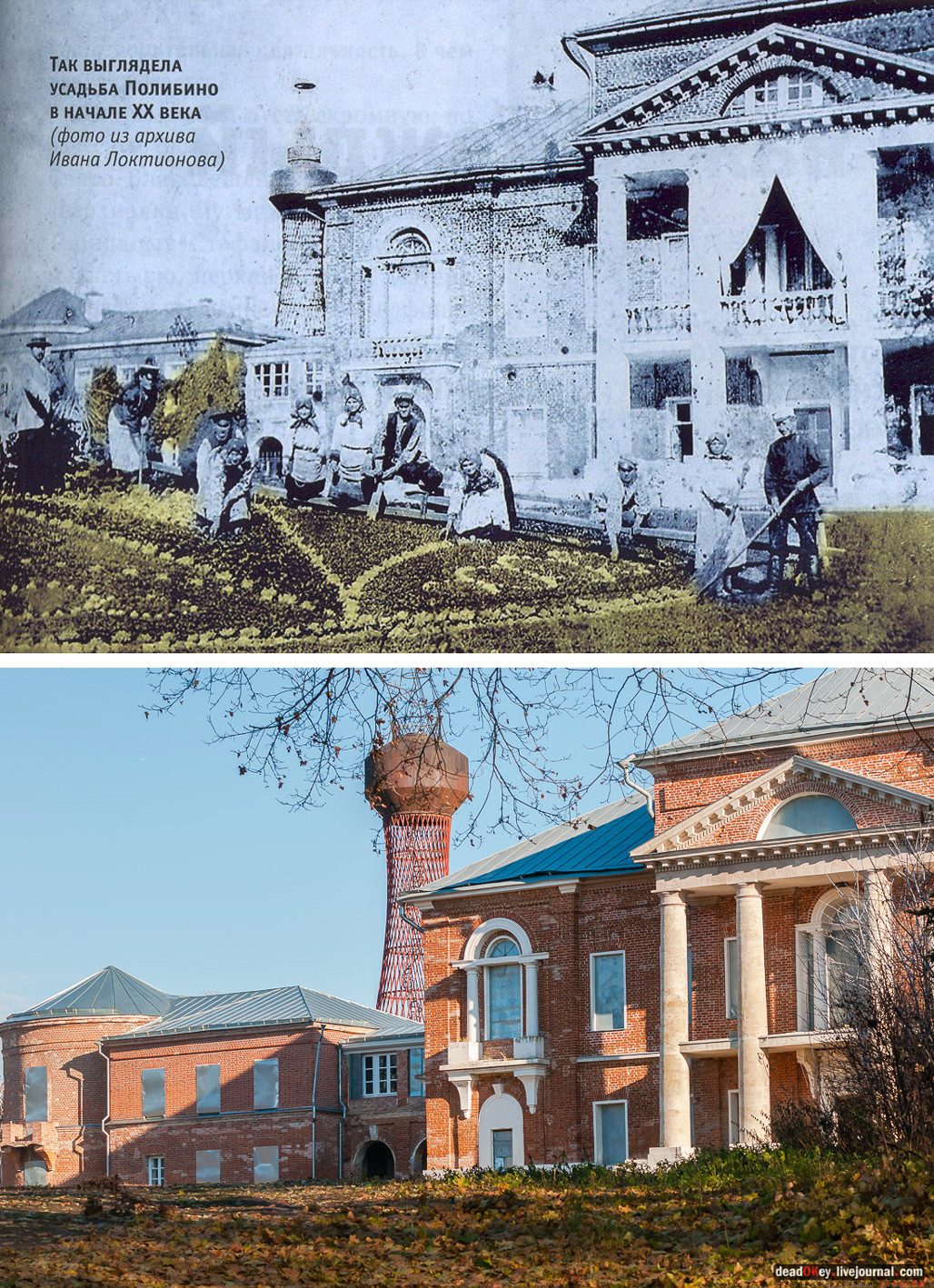 Today, the Nechaev-Maltsov estate is located in Lipetsk Region. The first Shukhov tower was preserved at Polibino, where it stands behind the main manor house. The tower almost perished in Soviet times, but was miraculously saved by the local history society. The tower has since been restored, and tourists can climb up to the viewing platform once more, as happened more than a century ago.

6. There are other Shukhov towers in Russia, of course. The most famous are surely the former TV tower at Shabolovka in Moscow and the world’s only hyperboloid multisectional transmission tower, which stands on the banks of the Oka River not far from the city of Dzerzhinsk.

7. Shukhov towers and other structures conceived by the great Russian engineer are found across the globe. The TV towers in Sydney and Guangzhou, Aspire Tower in Doha, and Kobe Port Tower in Japan (destroyed during the 1995 earthquake, but since reconstructed) all sprang up thanks to Shukhov’s genius. 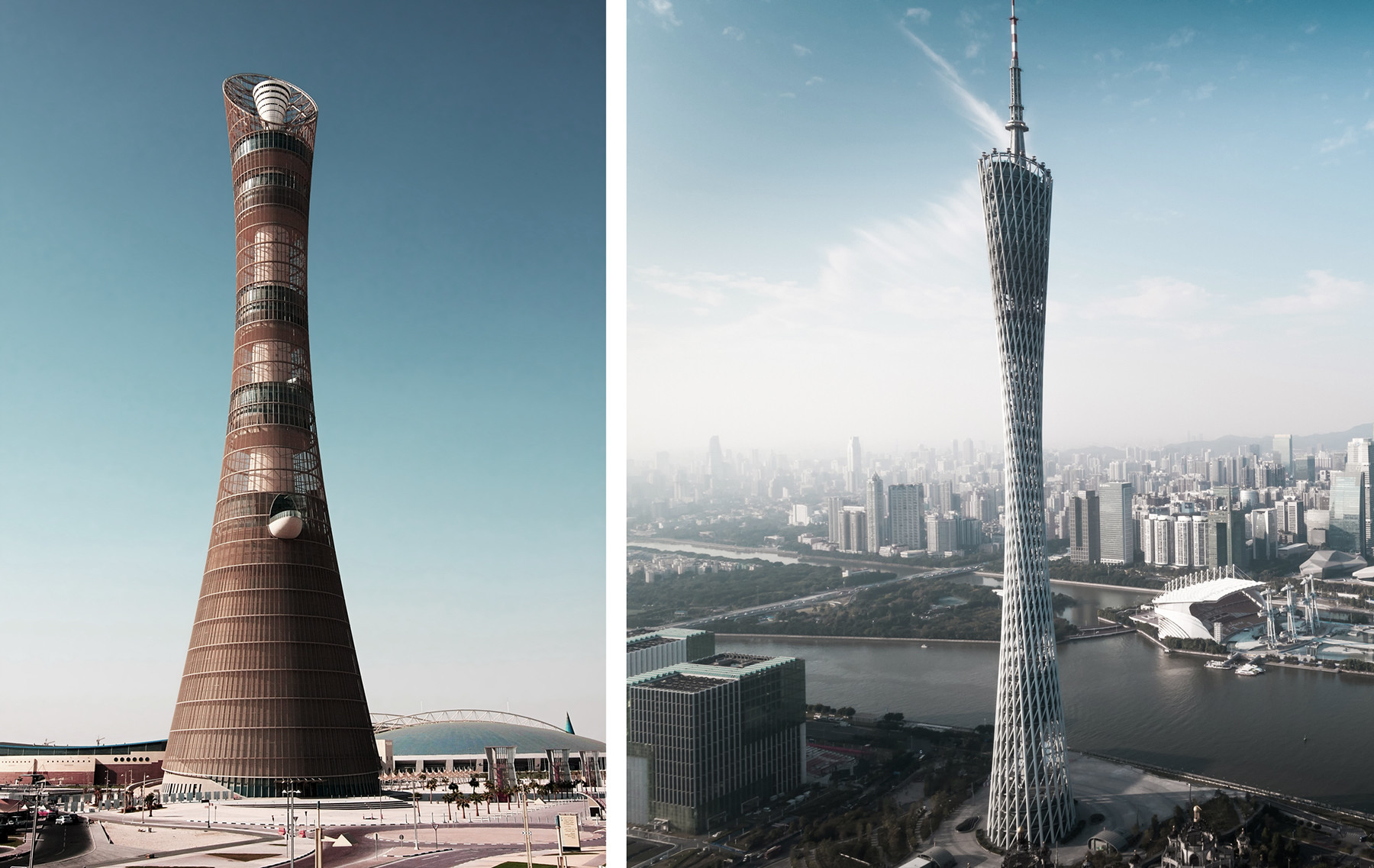 The Aspire Tower in Doha (L), The Guangzhou TV and sightseeing tower

8. Shukhov’s techniques are widely used in modern Russian engineering projects, not least in the construction of the Moscow International Business Center (aka Moskva-City), a major high-rise commercial development that dominates the capital’s skyline. 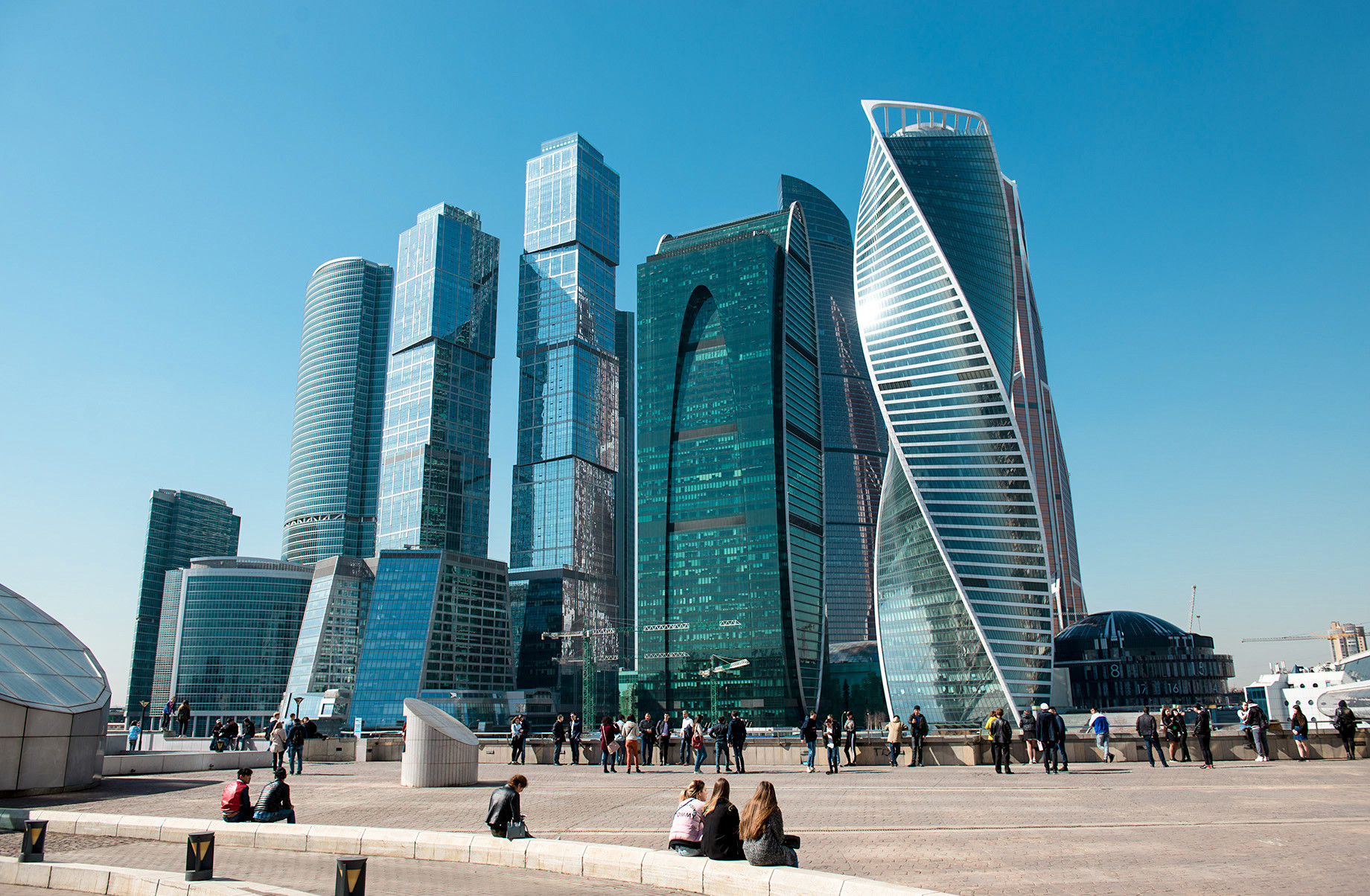