5 facts about the Monomakh’s Cap, the ancient crown of Russian tsars 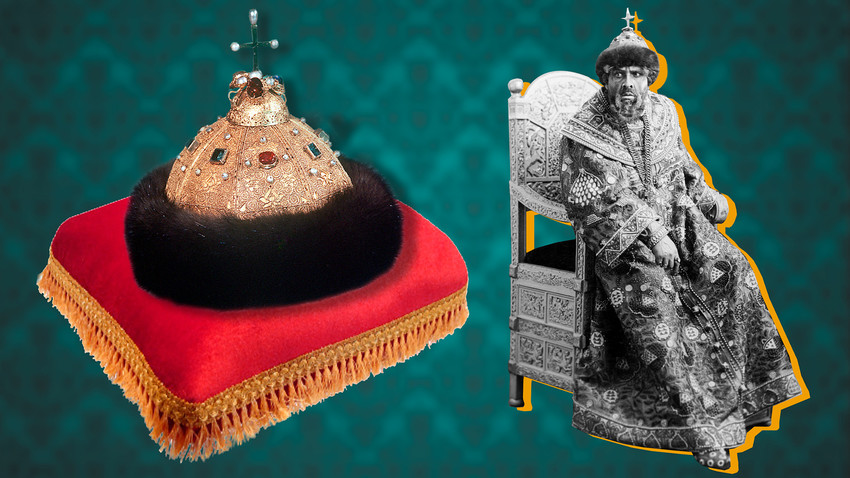 For more than a century, Monomakh's Cap remained a symbol of the Russian royal glory.

Global Look Press, Sputnik
This “ancient relic of Byzantine emperors” is little more than an elaborate publicity stunt. But that hasn’t stopped the Rurikids and Romanoffs from seizing upon this most sacred of objects as a symbol of power.

1. The hat had nothing to do with the actual Monomakh 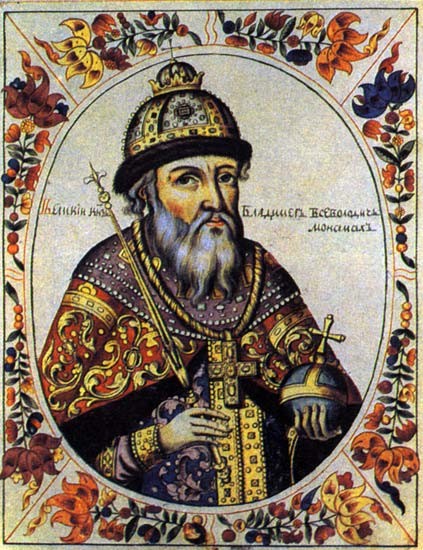 ‘The Tale of the Princes of Vladimir’ tells us how the Byzantine Emperor Konstanine Monomakh sent this “crown of Tsars” to his grandson – Great Prince Vladimir, when the latter ascended the Russian throne. The gesture was meant to emphasize the ruler’s legitimacy and dominion over the lands of the Rus. Henceforth, this ‘crown of tsars’ would be used to crown all of Vladimir’s Princes at the start of their great reigns over the Rus, the legend goes.

In actuality, the legend originated much later, and as for the hat, there isn’t a shred of truth there. Konstantine Monomakh died when his grandson was only two years of age, and no regalia could ever have been sent. Modern historians posit that the legend of the Byzantine inheritance was concocted during the reign of Grand Prince Vasily III (1505-1533). It would have been then, in the 16th century, that Russian princes – who set about uniting Russian lands by blood and sword – would have relied on those kinds of symbols to underscore some ancient claim to absolute power. As you can imagine, a “crown” that came directly from a great Byzantine emperor would’ve been just the ticket.

2. It’s still unknown where the hat actually comes from 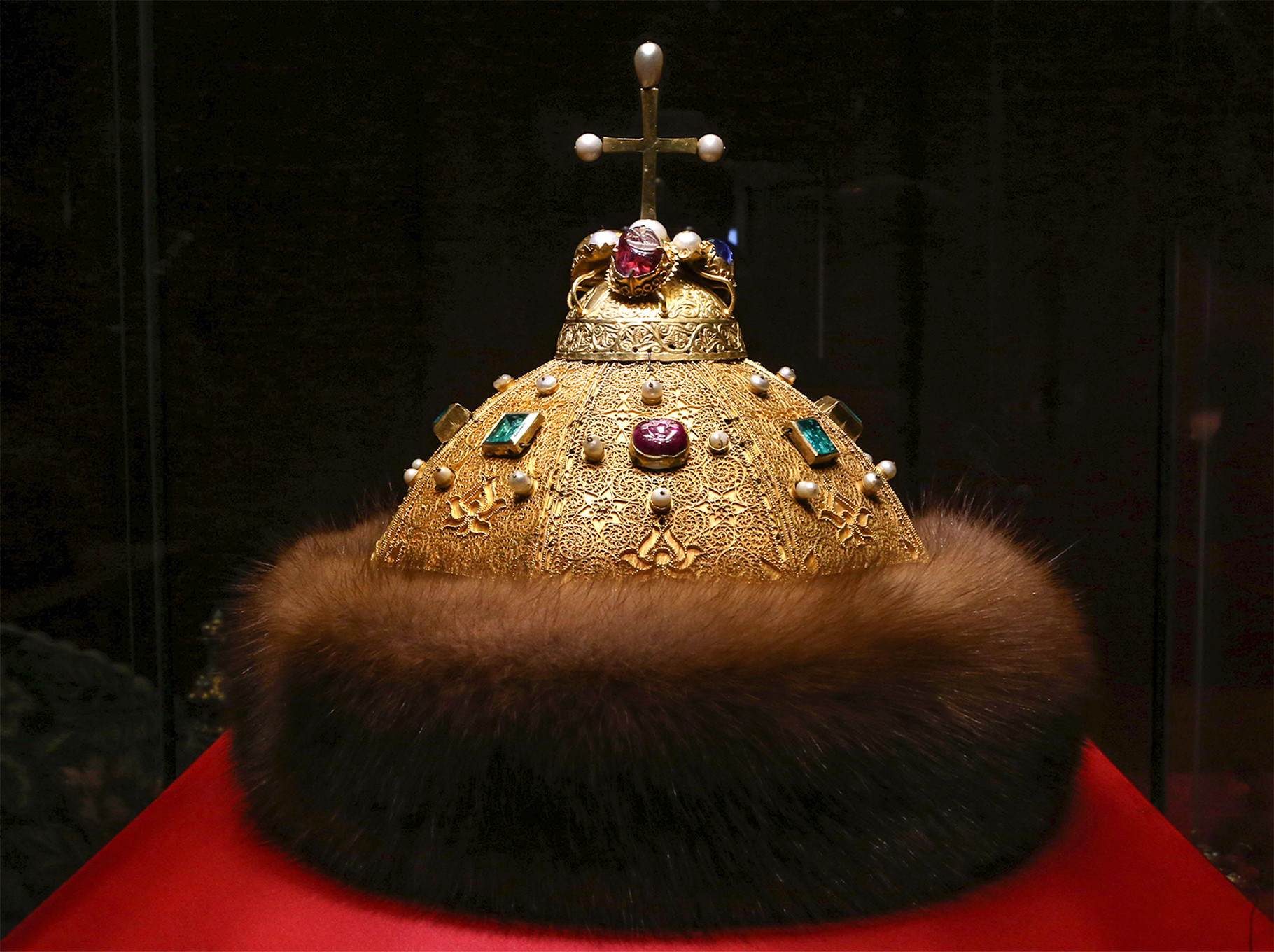 So, who made the Monomakh’s Cap then? Aside from the “Byzantine” theory, there’s also the Golden Horde to consider, wherein its rulers sent the precious regalia as a gift to Moscow’s Princes for their loyal service. The theory holds some water due to its somewhat oriental, Tatar fashion. But even that is debatable: according to historian Sergey Bogatyrev, the hat more closely resembles a Tatar women's headwear, whereas the “Moscow princes would have been interested in a more masculine look.”

Bogatyrev’s own version is that “the Monomakh’s Cap was assembled in Moscow during Vasily III’s rule, “using various precious gold parts found in the treasury.” This would explain the unevenness of the design – some of the gold elements appear to have been placed asymmetrically to each other.

3. A total of 9 tsars wore the crown, with Peter I putting an end to the custom 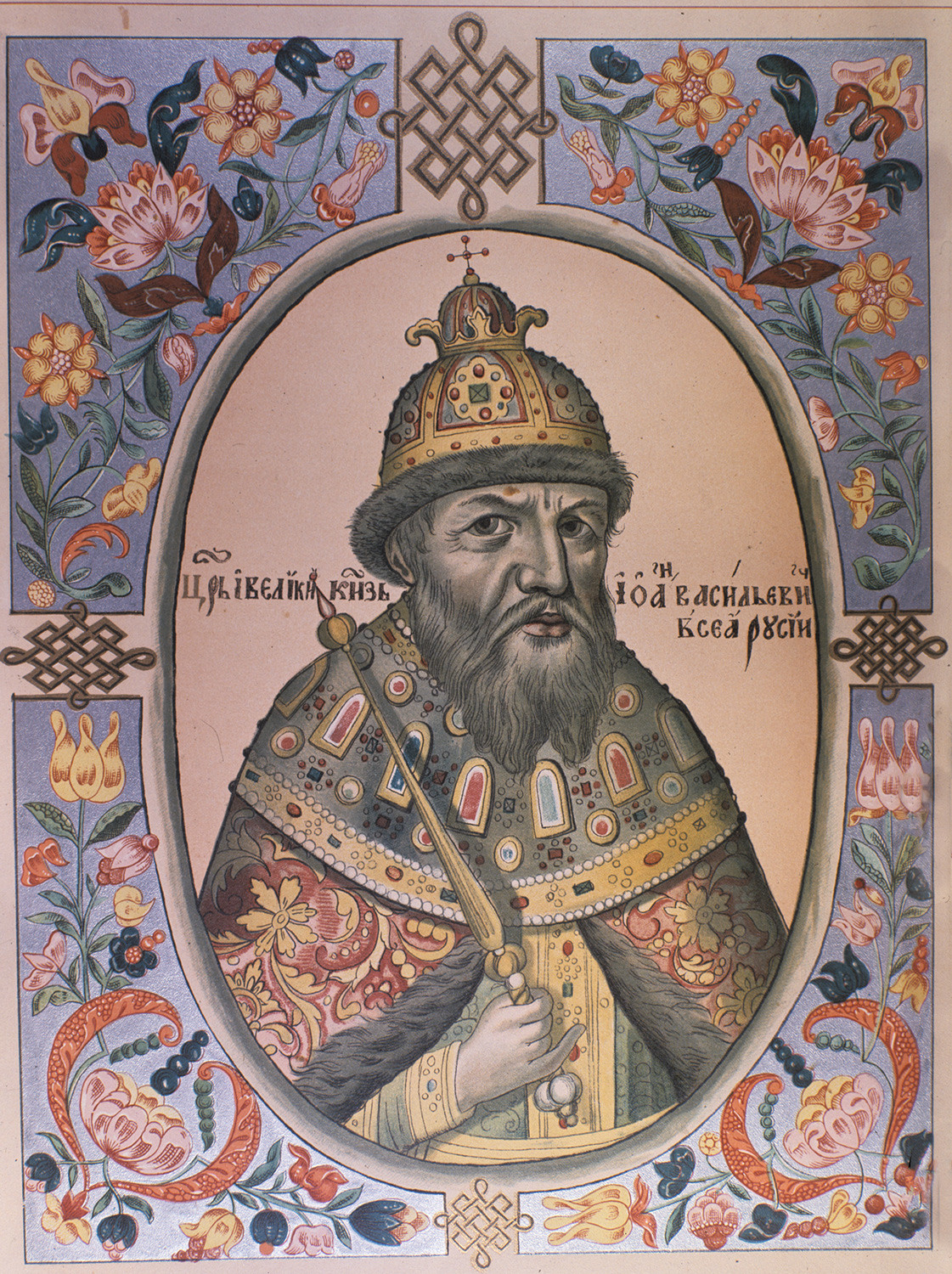 The first ruler crowned with the Monomakh Cap was Ivan the Terrible, Vasily III’s son. Ivan was also the first to be called a “tsar” – a caesar or emperor in Russian.

Art historian Viktoria Gerashhenko compares the royal robes of the Russian tsar with the design of a cathedral. With the Monomakh Cap putting the finishing touches on the robes, the parallels are quite clear and must have symbolized absolute power. It is just as well that a Holy Cross would adorn the hat, further symbolizing a power bestowed upon the wearer by God himself.

The hat then passed to Ivan’s son – Feodor, the last of the ancient Rurikid dynasty, followed by the tsars of the Time of Troubles epoch (Boris Godunov, Lzhedmitry I and Vasily Shuysky), and then, when the chaos ended, the first of the Romanovs: Mikhail Feodorovich and Aleksey Mikhailovich. The last of the Romanovs to wear the hat would be Ivan V, who later co-ruled with Peter the Great.

Peter himself, however, would have to make due with a replica (the two tsars co-ruled until Ivan’s death in 1696). Peter – who ended up subsequently declaring Russia an Empire – dispensed with the custom and swapped it for a more Western-style ritual. The Monomach’s Cap – which by then had adorned the heads of Russian rulers for 178 years – was then transferred to the Uspensky Cathedral at the Moscow Kremlin, and displayed at coronations as an “honorary symbol of the nobility of the tsar”.

4. There had been other Caps

“Other hats embroidered with precious stones, according to the Monomach design, had been made specially for coronation ceremonies,” Gerashhenko writes. They included the Kazanskaya, Sibirskaya, Almaznaya (diamond) and others.” These subsequent crowns had been made in honor of various milestones in Russian history, such as the annexation of Kazan for the Duchy of Moscow in 1552, or the hat specially made for Ivan V by craftsmen of the Moscow armory, adorned with diamonds (the Almaznaya Cap).

That isn’t to say that even the original Monomach’s Cap hadn’t looked different occasionally – such as when it was displayed in paintings of the many Russian tsars: many liberties were taken by painters in its depiction, who, funnily enough, had never seen the original up close. The most important aspect of the hat would have been its sacred meaning – as opposed to getting every visual detail right.

5. The Cap had become the main symbol of power and accountability

“Oh, heavy are you, the Cap of the Monomach!”, – words uttered by Boris Godunov in Alexander Pushkin’s tragedy of the same name. The scene describes Godunov – who had just taken the throne as a result of the death of the rightful heir, for which he is blamed. In it, he comes face to face with popular anger, signaling the beginning of the Time of Troubles in Russia. The words were later turned into an aphorism for the burden of rule, which brings with it not only untold fortunes, but also a terrible responsibility. Godunov himself would die a natural death, which can’t be said of his successor Lzhedmitry I, who snatched the crown for himself and ended up losing the entire kingdom, together with his own head.