What links Queen Victoria to Russia? 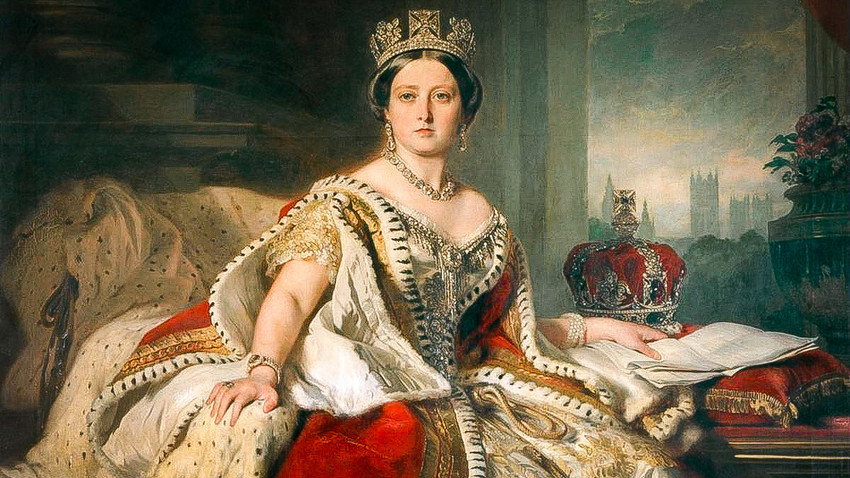 Franz Xaver Winterhalter / Royal Collection
Victoria, who reigned Great Britain from 1837 to 1901, despised Russia and always rivaled it in the international arena. Nevertheless, there were several things that brought her close to the Russian royal family.

1. Named after a Russian Emperor 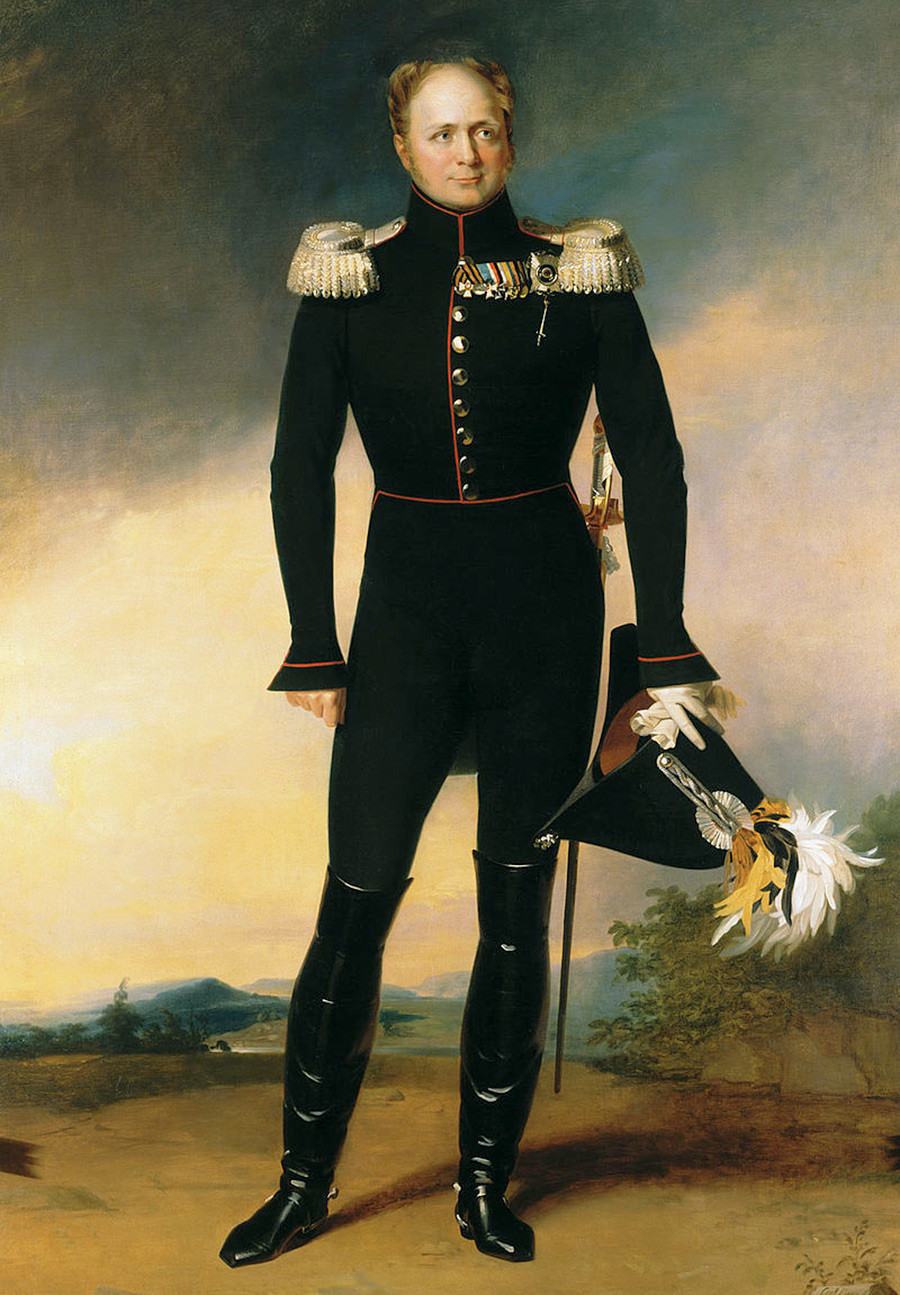 Portrait of Emperor Alexander I - Alexandrina Victoria was actually named after him.

In case you’re trying to remember any Russian Emperor named Victor, don’t. Queen Victoria, born 200 years ago, on May 24, 1819, was christened as Alexandrina Victoria, inheriting her first name from her godfather, Alexander I of Russia. It didn’t mean he was present during her christening, though: Alexandrina was just one of the names her elder relatives chose and during the ceremony Alexander I was represented by her uncle, the Duke of York.

“Alexander I was absent during the ceremony, yet he allowed the heiress to be named after him,” explained historian Natalia Basovskaya. “It was a nice gesture, symbolizing glory: the Russians and the British had just defeated 'that monster Napoleon' [in the 1810s].”

Nevertheless, the Queen never was fond of her first name and preferred to drop it as soon as she sat on the throne in 1837. She always signed all documents using the name under which she went down in history: Victoria.

2. Flirted with the heir to Russia’s throne 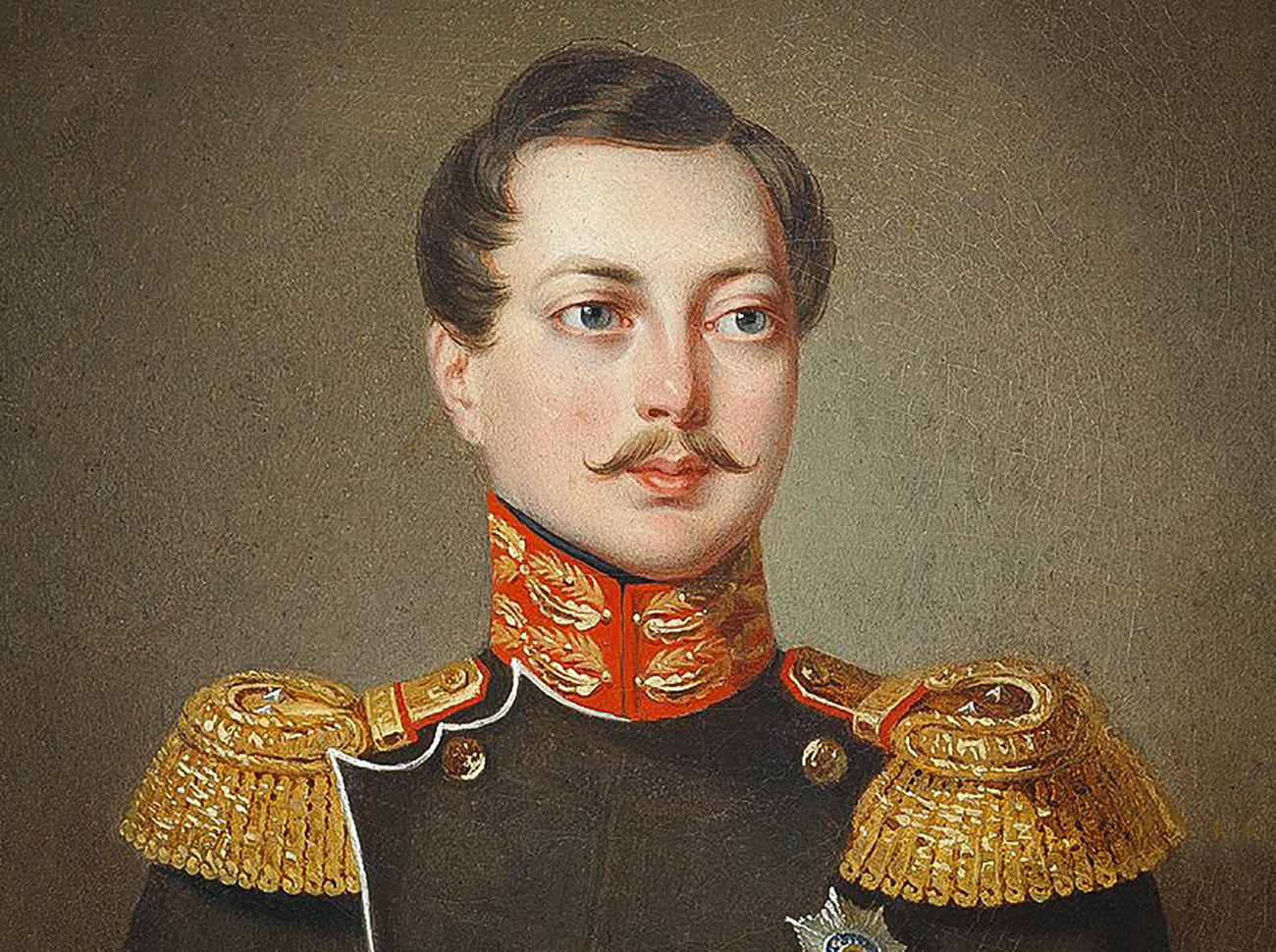 Young Alexander II, back then - tsarevich and heir to the Russian throne.

When 20-year-old Victoria met Alexander Nikolayevich, the Russian tsarevich and future Emperor Alexander II in 1839, she had already been a Queen for two years and the royal family was actively looking for a husband. Handsome 21-year-old Alexander paid London a visit and seemed to appear as Prince Charming to Victoria.

“I think we are great friends already and get on very well; I like him exceedingly,” wrote Queen Victoria soon after she met Alexander. She enjoyed a couple of good conversations in French and danced with him twice at the ball. It’s hard to say something definite about their relations but rumors were that the two young people had fallen for each other.

Even if it was true, it could not lead anywhere, as Russia and Great Britain were two rivaling countries in Europe: Alexander went back to St. Petersburg and Victoria married Prince Albert of Saxe-Coburg and Gotha, who would end up dying in 1861, leaving her in mourning for the rest of her life. 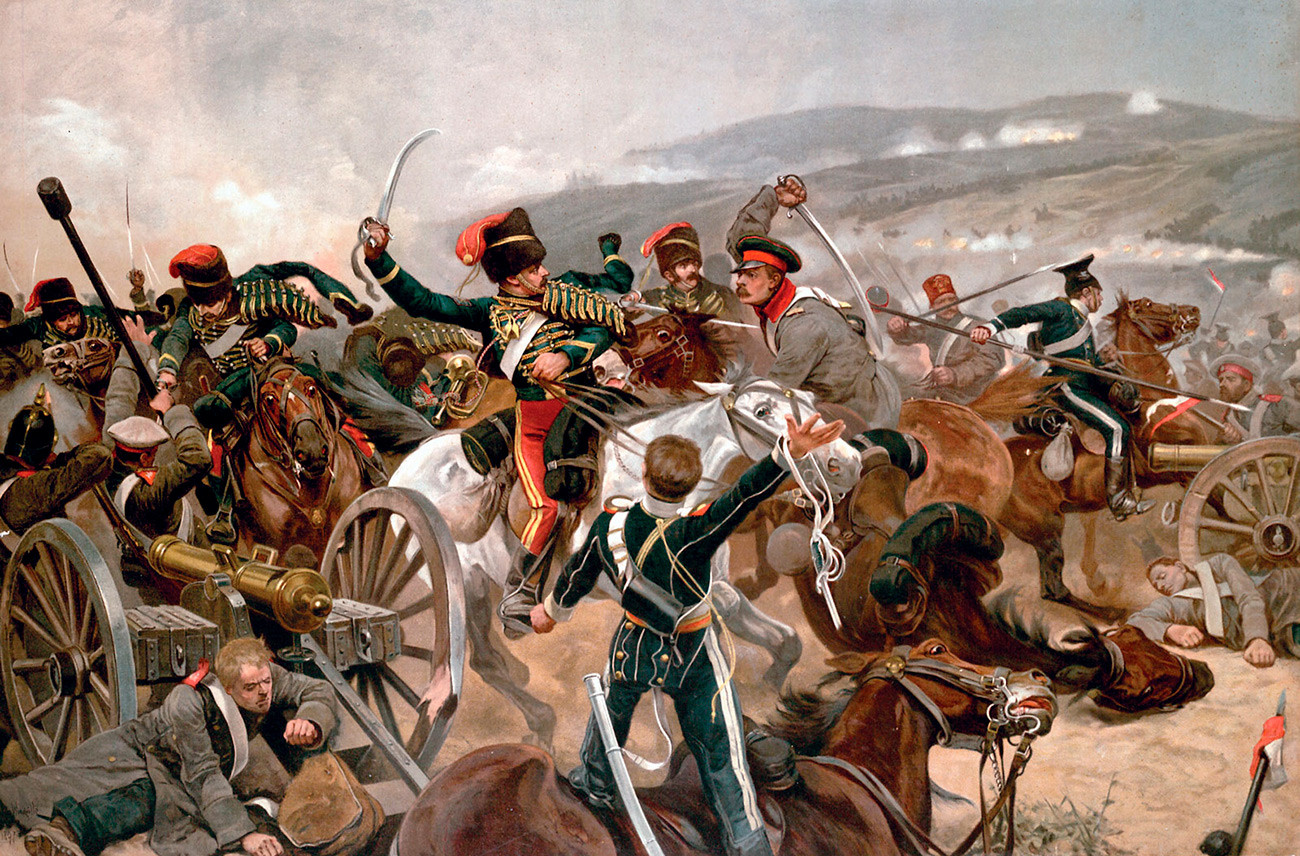 The battle of Balaclava of 1854, during the Crimean War. The British and the French fought alongside the Turks against the Russian army.

All of those sentiments connected to Russia meant nothing to Victoria when compared to the political rivalry. During her rule, interests of Russia and Great Britain were overlapping all over Eurasia, which led to clashes – direct or indirect. In the Crimean War of 1853-1856, British troops fought alongside the Turks against Russia. At the same time, the interests of the two empires also collided in Afghanistan, which led to them supporting opposite sides fighting for the throne in the so-called ‘Great Game’.

It wasn’t Queen Victoria who shaped the British foreign policy, as she relied on her governmental leaders, but she strongly supported the anti-Russian cause. Her biographer Christopher Higgins quoted her regretting she was not a man and couldn’t take part in the Crimean War. Later, in the 1870s, when Russia won a war against the Ottoman Empire and London and St. Petersburg were on the brink of war, as the British feared Russia controlling the Middle East, Victoria said: “You can’t trust these Russians.”

Basovskaya believes there was a reason behind Victoria’s hatred of Russia: as she embraced constitutional monarchy, serving predominantly as a symbol of the country, Russian monarchy remained absolute. “I guess, she needed a negative example to convince herself she was following the right way,” Basovskaya said (link in Russian).

4. Became a mother-in-law to a Russian princess 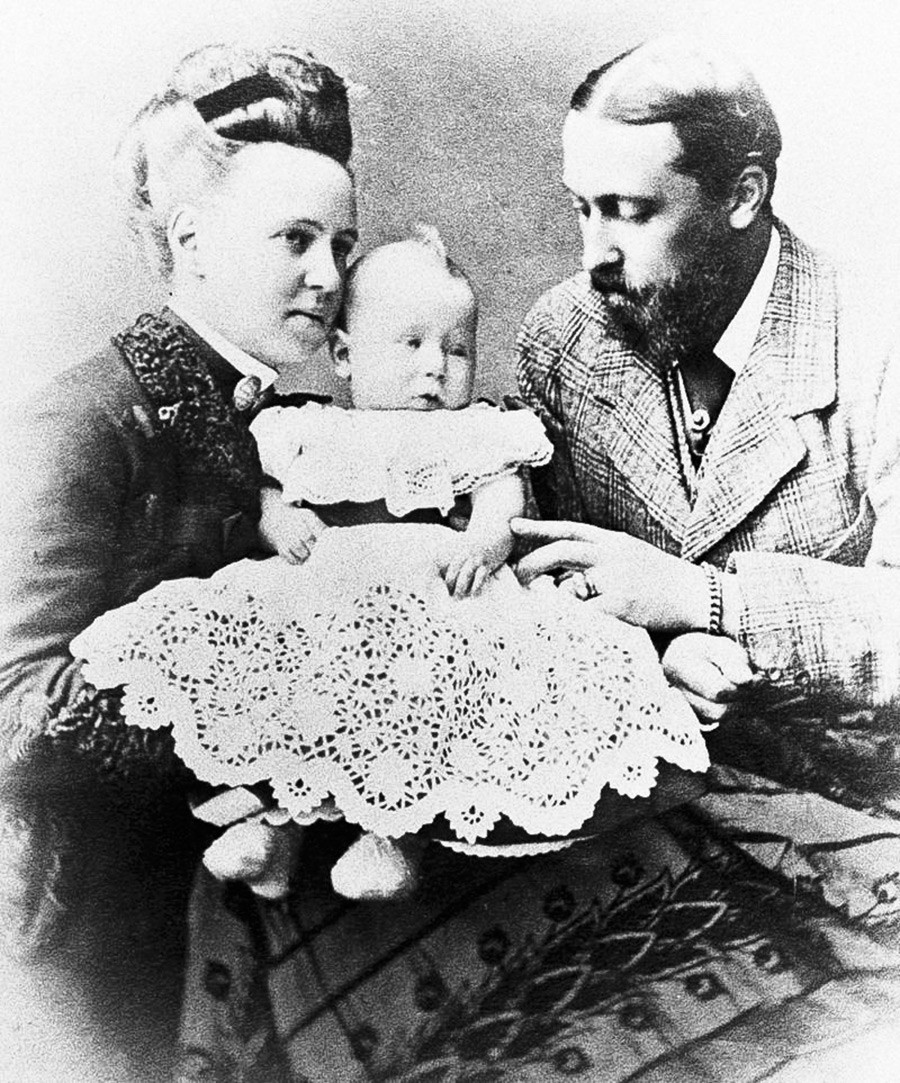 Maria Alexandrovna with her husband Alfred (Victoria's son) and their child.

Given her attitude towards Russia, Victoria was not particularly happy about her second son Prince Alfred marrying Maria Alexandrovna, the only daughter of Alexander II, in St. Petersburg – but she had to put up with it as the prince was in love with Maria. “Not knowing Marie, and realizing that there may still be many difficulties, my thoughts and feelings are rather mixed,” Victoria wrote in her diary.

Maria became the first and only Romanov to marry into the British royal family. She acted very independently in England, dissatisfied with climate, people, food, palaces, opera – and especially Queen Victoria, whom she called a “silly, obstinate old fool” in letters to her father. As Alfred became the Duke of Saxe-Coburg-Gotha (in Germany), inheriting the title from his uncle, Maria was happy to move to Germany just to avoid seeing her mother-in-law.

5. Blessed the marriage of the last Russian tsar 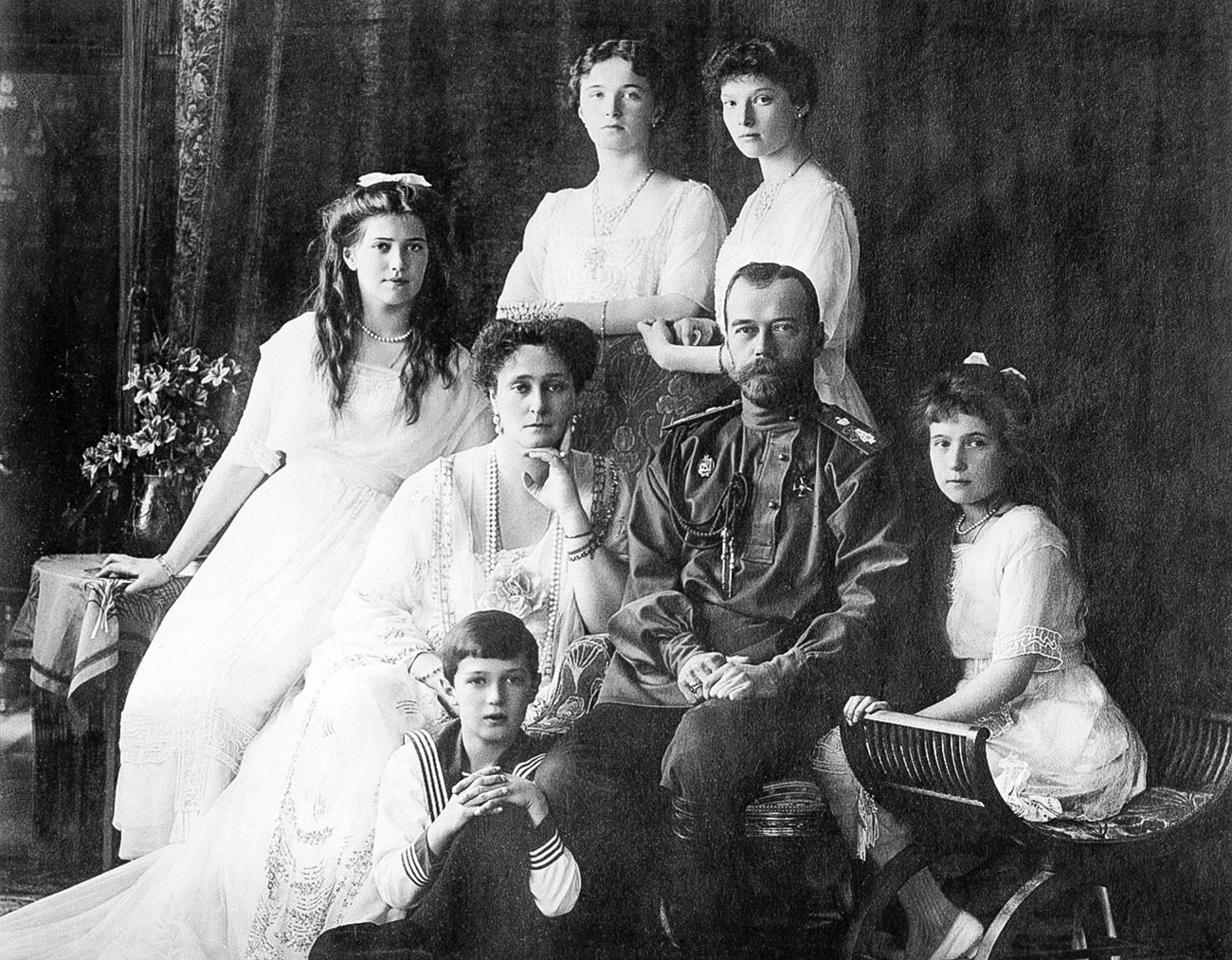 Emperor Nicholas II with his spouse, Alix of Gessen (baptized to Orthodoxy as Alexandra Fedorovna) and their children.

Though a monarch of a powerful empire, Victoria couldn’t do anything about her relatives keeping on marrying Russians, which was quite predictable given the limited market of young royals around Europe. In 1894, Victoria’s grand-daughter Alix, Princess of Hesse and by Rhine, got engaged with Nicholas Alexandrovich, the heir to the Russian throne. Queen Victoria opposed the marriage, though she personally liked tsarevich Nicholas – she found Russia too volatile and not safe for a young lady.

Nevertheless, while Alix lived in Germany, Victoria’s influence wasn’t overwhelming, so the queen had to tolerate her relative’s decision once again. But there certainly was love between the future Emperor Nicholas II and his bride, which consoled Victoria to some extent. “No two people were ever more devoted as she and he are,” she wrote in her diary on their betrothal. “This is one consolation I have, for otherwise the dangers and responsibilities fill me with anxiety.”

Her anxiety wasn’t groundless: as it turned out, both Nicholas and Alix would not survive the Russian revolution, after being shot by the Bolsheviks in 1918. Luckily for her, Victoria didn’t see it: her life ended in 1901, finishing her incredibly long reign.

All of Queen Victoria’s archive and memorabilia connected with her relations to the royal houses of Europe, including Russia, can be found in Osborne House, a former royal residence in East Cowes, Isle of Wight, the United Kingdom.