10 favorites who won the heart of a Romanov 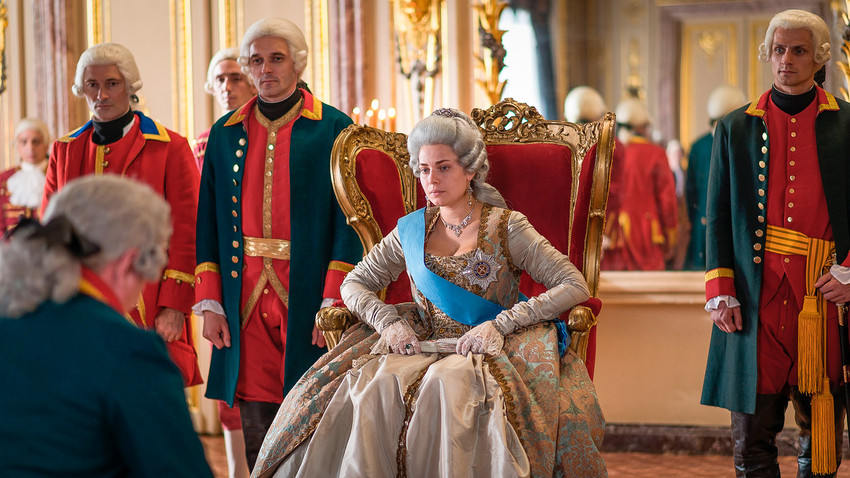 At the royal court, affairs were quite a usual pastime - and yes, the emperors and empresses were often involved.

Igor Zaitsev / Mars Media
In the 18th and 19th centuries, almost every Russian emperor had a special someone on the side – usually, cheating on his or her ‘beloved’ spouse. 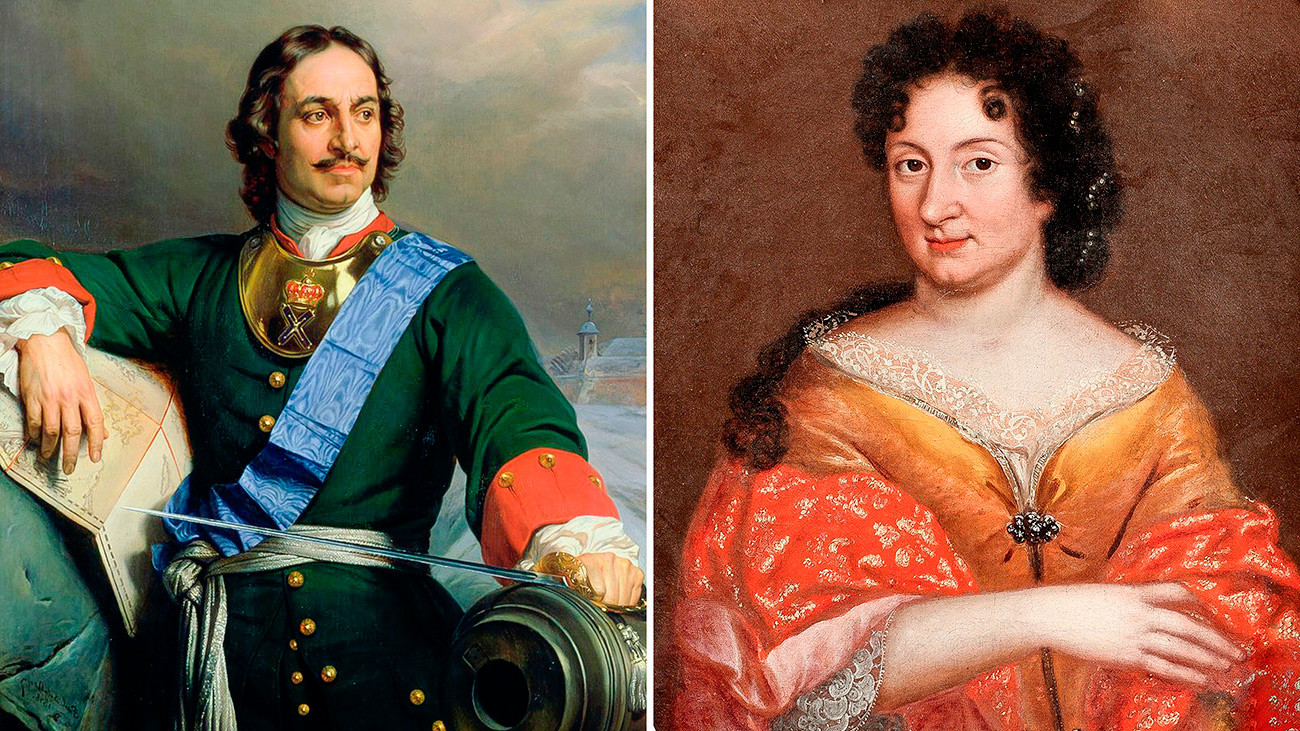 Peter the Great (reigned 1682–1725) loved everything European, and his taste in women was no exception. Though he had been married to a Russian noble lady Eudoxia Lopukhina since 1689, he had no feelings for the wife imposed on him, but immediately fell for Anna Mons, a young and beautiful German woman born in Moscow to a merchant’s family.

She was rumored to be a courtesan but Peter didn’t care. Their affair lasted from 1690 to 1704, resulting in the tsar locking up his wife Lopukhina in a monastery. He even considered marrying Mons, though it would have annoyed his Russian subjects. Only news of Anna’s cheating made him change his mind – infuriated, he broke up with Mons. She died in 1714 of tuberculosis. As for Peter, his next love, future empress Catherine I, was also of Western – Baltic or Polish – origin. 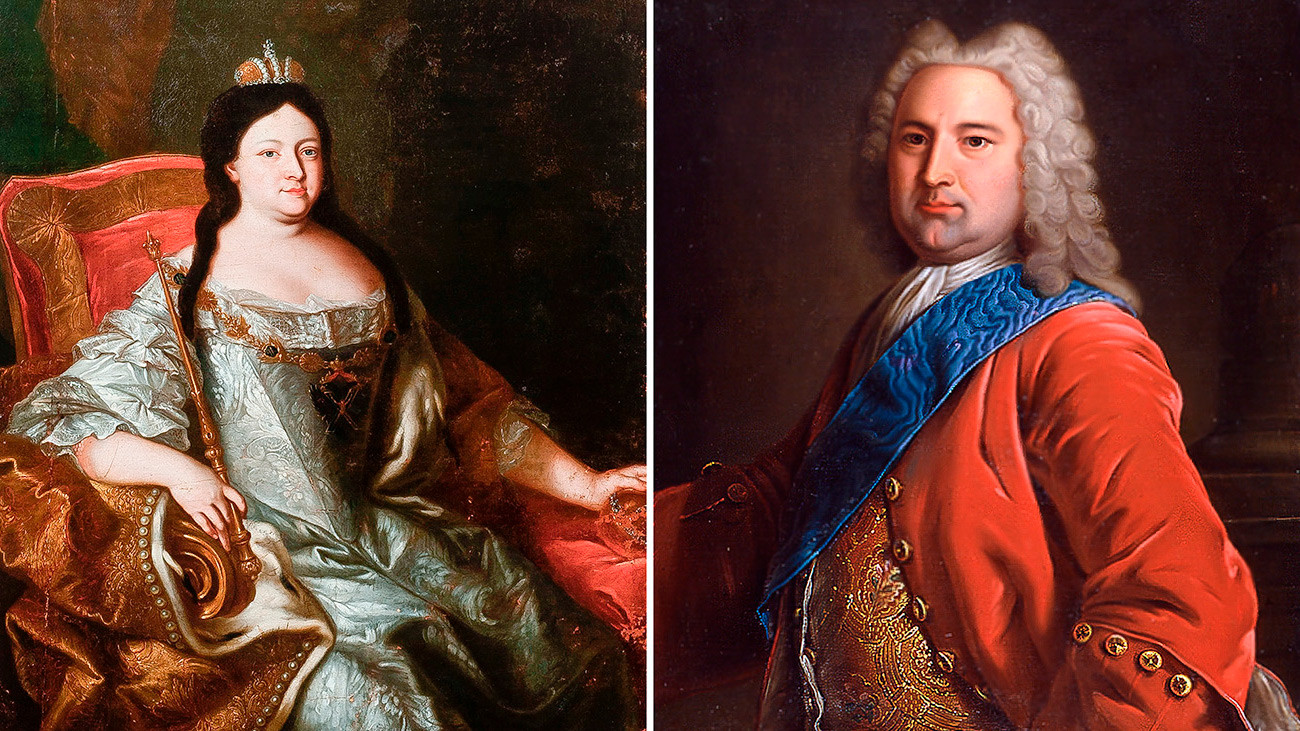 Empress of Russia from 1730 to 1740, Anna Ioannovna was Peter the Great’s niece but lived in the German-ruled Duchy of Courland (now Western Latvia). After emperor Peter II died in infancy in 1730, Russian nobility invited Anna to reign in Russia – and she brought her long-time lover and adviser, Ernst Johann Biron, with her.

Later Anna’s opponents would label her era “The Age of Biron”, making up legends of a villainous favorite who controls the empress, inspires severe repressions (which happened during Anna’s rule) and fills Russia with Germans. It was an exaggeration – in fact, Biron was just a loyal advisor who followed Anna everywhere. After her death in 1740, he was exiled to Siberia but later Catherine II let him return to Courland, where he died. 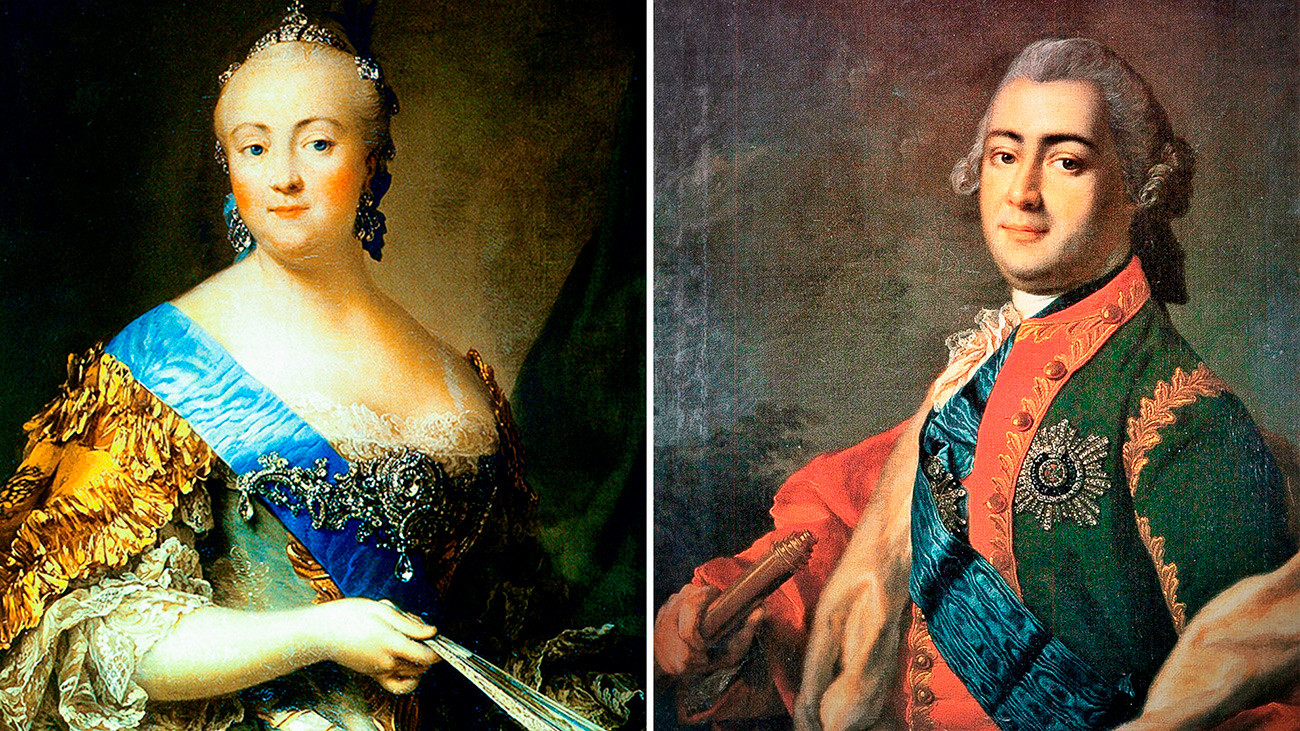 Peter I’s daughter Elisabeth replaced Anna’s relatives on the throne after a palace coup, ruling from 1741 to 1762. Never married officially, she had several lovers but Alexei Razumovsky was the most prominent of them. Razumovsky originally was a son of an ordinary Cossack from Ukraine, who came to the court as a chorister and became Elisabeth’s favorite in 1731 - long before she took the throne.

As Elisabeth rose to power, Razumovsky followed her, becoming a count and a field marshall – quite impressive for a Ukrainian commoner. As his contemporaries reported, Razumovsky remained generous and kind after his rise. Rumors circle that Elisabeth even married him in secret but there is no solid proof to that. He outlived his empress by nine years, dying in 1771. 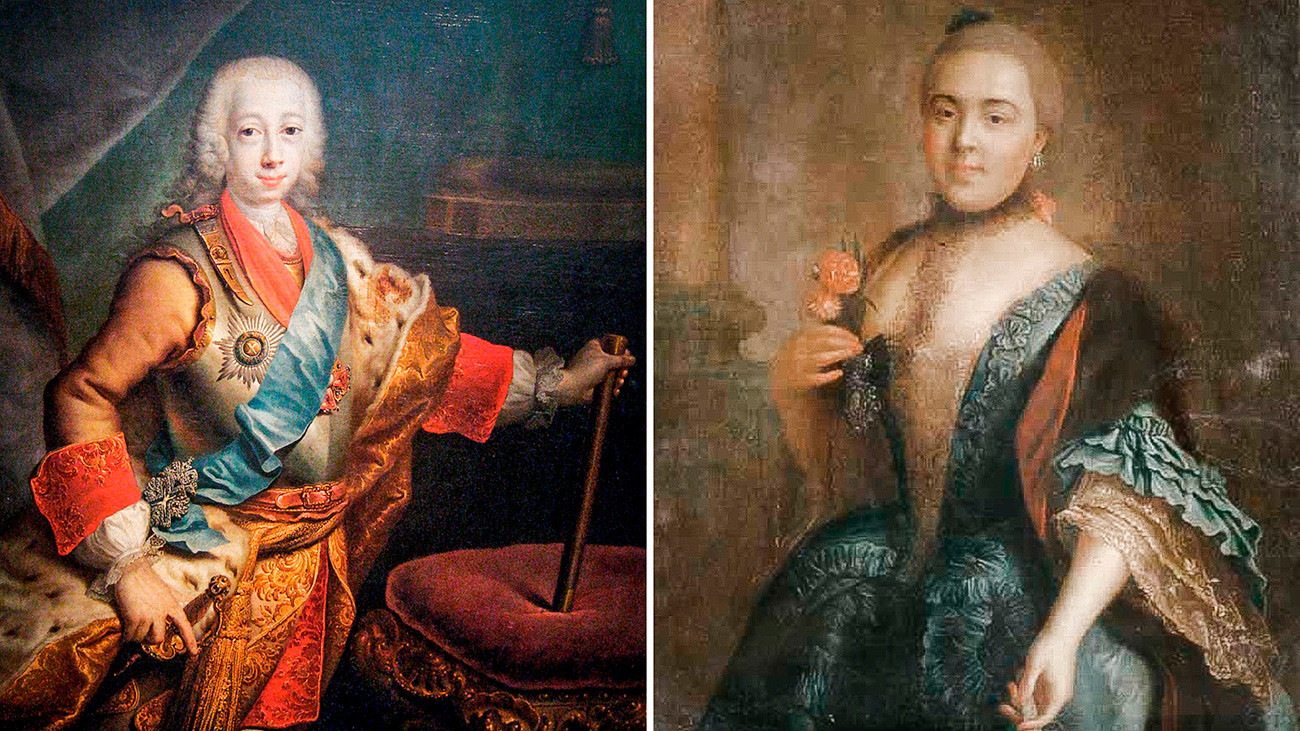 An emperor who ruled for just a year (1761–1762), Peter III had terrible relations with his wife Catherine. No wonder he paid attention to another woman, noble Elizaveta Vorontsova but his choice quite surprised the court – they considered Vorontsova rather unappealing. To put it mildly.

“Her ugliness is unspeakable, even though she has good physique and white complexion,” wrote French ambassador Jean-Louis Favier. Nevertheless, Peter loved the woman and spent almost all of his free time with her. After the guard overthrew the unpopular Peter III – with the approval of his wife, later empress Catherine the Great – Vorontsova was forced out of the court, living a quiet life. 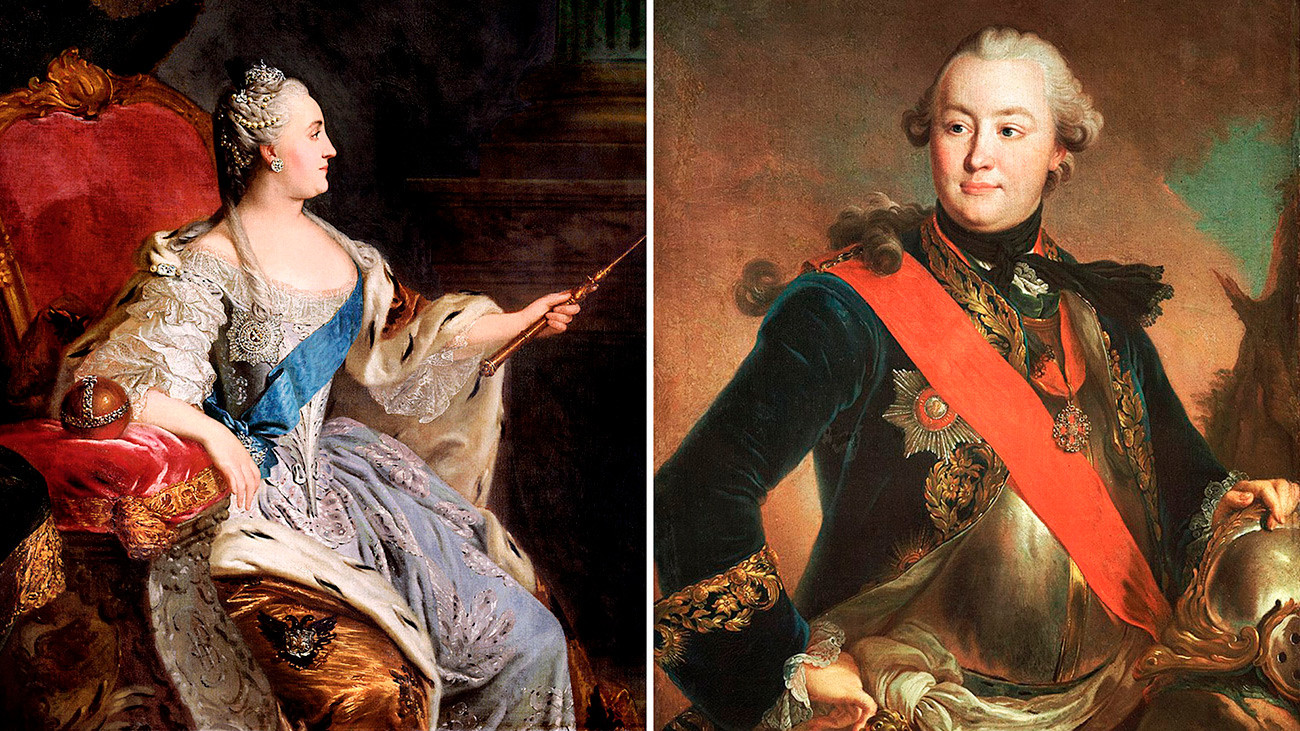 Empress Catherine the Great had so much love to give that we would need a separate article to name all of her 23 lovers. So we’ve chosen two most important favorites. The first is Grigory Orlov, a handsome count from the royal guard who helped her to get rid of her husband Peter III and assume the throne.

At first Catherine, much like Elisabeth, even considered marrying her favorite but dropped the idea as the people would not be happy with the empress marrying the man rumored to be her husband’s murderer. Nevertheless, Orlov flourished at her court, with titles, lands and money raining on him – even though eventually other men took his place in the empress’s heart. 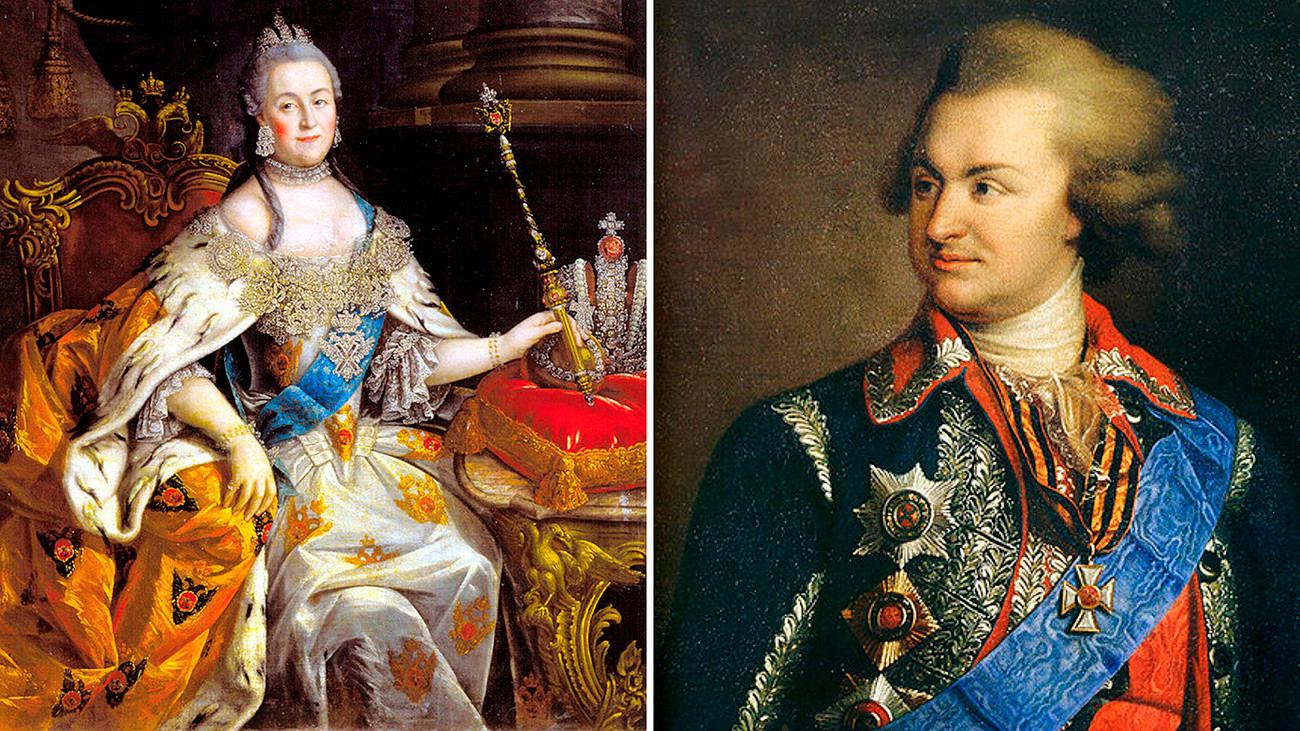 One of those men was Grigory Potemkin, another powerful nobleman. He was very influential politically and militarily, becoming indispensable during Catherine’s rule (from 1762) though their love bond didn’t last long. For Catherine, Potemkin was far more than just a lover – he was one of the men the empire relied upon.

Potemkin reformed the army, successfully fought against Turks, conquered Crimea for Russia, developed the lands of Moldova… all in all, he is the most influential favorite in this list, a man ahead of his time and the most powerful person of Catherine’s time (apart from her). When he died in 1791, Catherine was devastated, writing: “My apprentice, my friend, my, you might say, idol, is dead…” 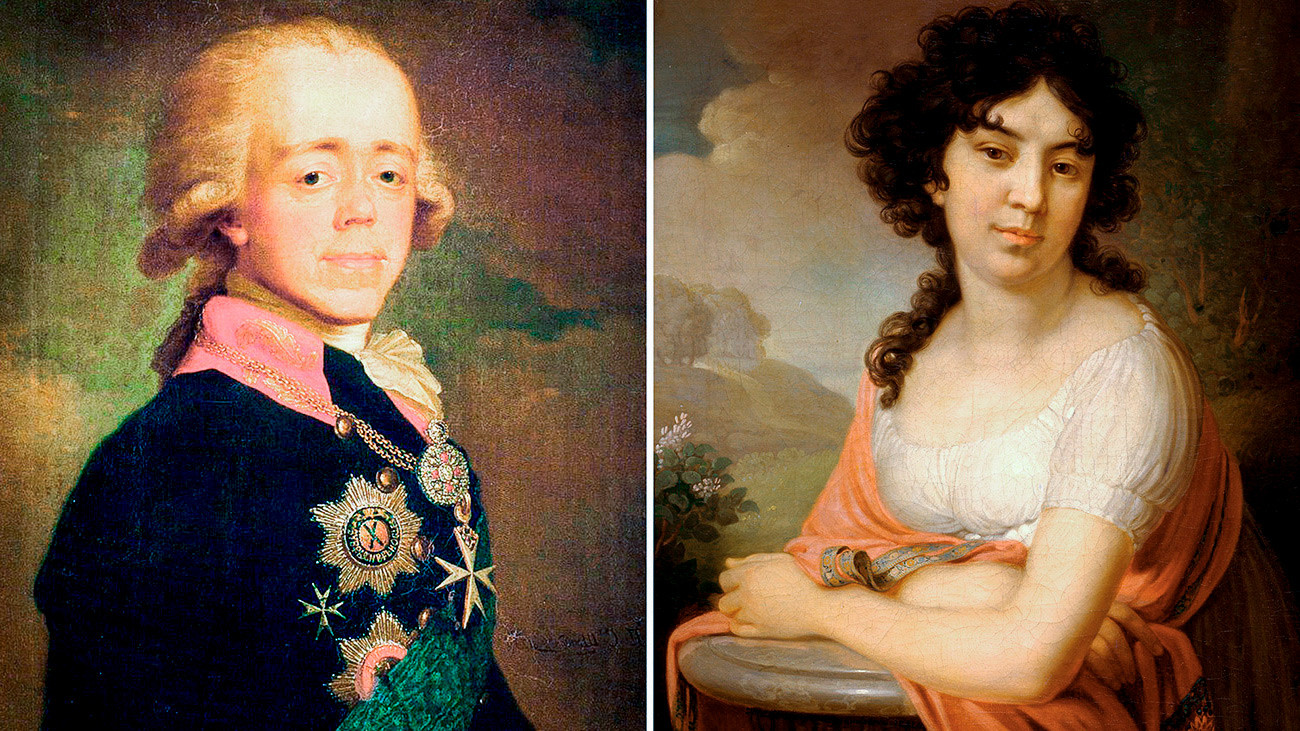 From 1796, when Paul I inherited the throne from Catherine II, and until 1917, when the Russian empire collapsed, the crown belonged to men – so their favorites were female, predominantly not involved in politics. Paul, for himself, fell madly in love with a young lady, Anna Lopukhina, though he was already married.

He gave Lopukhina’s father the title of prince, named battleships after her, had his palace painted her favorite color – crimson. Nevertheless, many believe their relations were mostly platonic, given the fact Paul positioned himself as a chivalrous knight and saw Lopukhina as his fair maiden. That explains why he agreed when Lopukhina asked his permission to marry Prince Gagarin, her childhood friend.  She married Gagarin in 1800, and a year later Paul was killed in a coup. 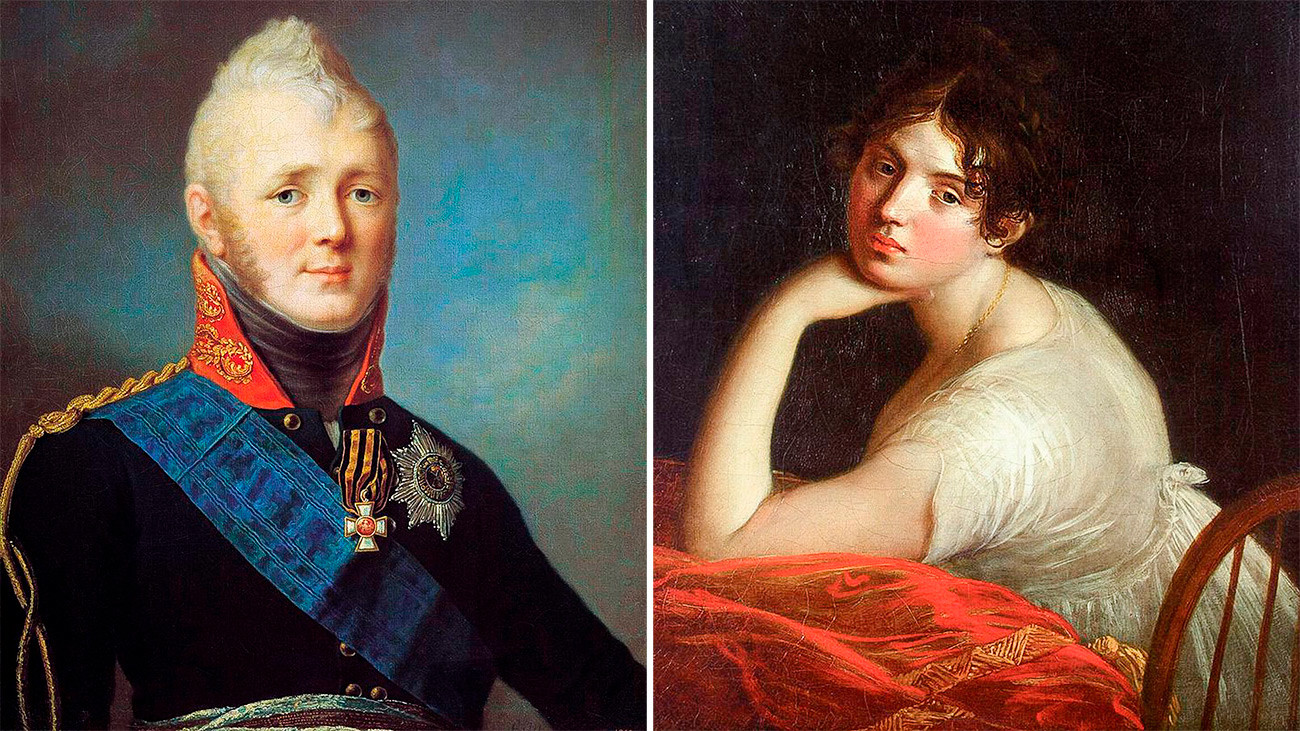 Paul’s son Alexander (1801-1825) had numerous mistresses yet only one made him “settle down”, with their relationship lasting 15 years. Princess Maria Naryshkina of Polish origin stole the heart of Alexander when he was just a royal heir; his relationship with wife was chilly, so for 15 years Maria was his “other family”.

Some historians assume Alexander might have had children by her, others, however, consider the emperor to have been sterile. Nevertheless, empress Maria was outraged when hearing at a ball Naryshkina saying she might have been pregnant. “Like I don’t know who might be the father,” she wrote. Anyway, emperor and Naryshkina parted ways in 1813. 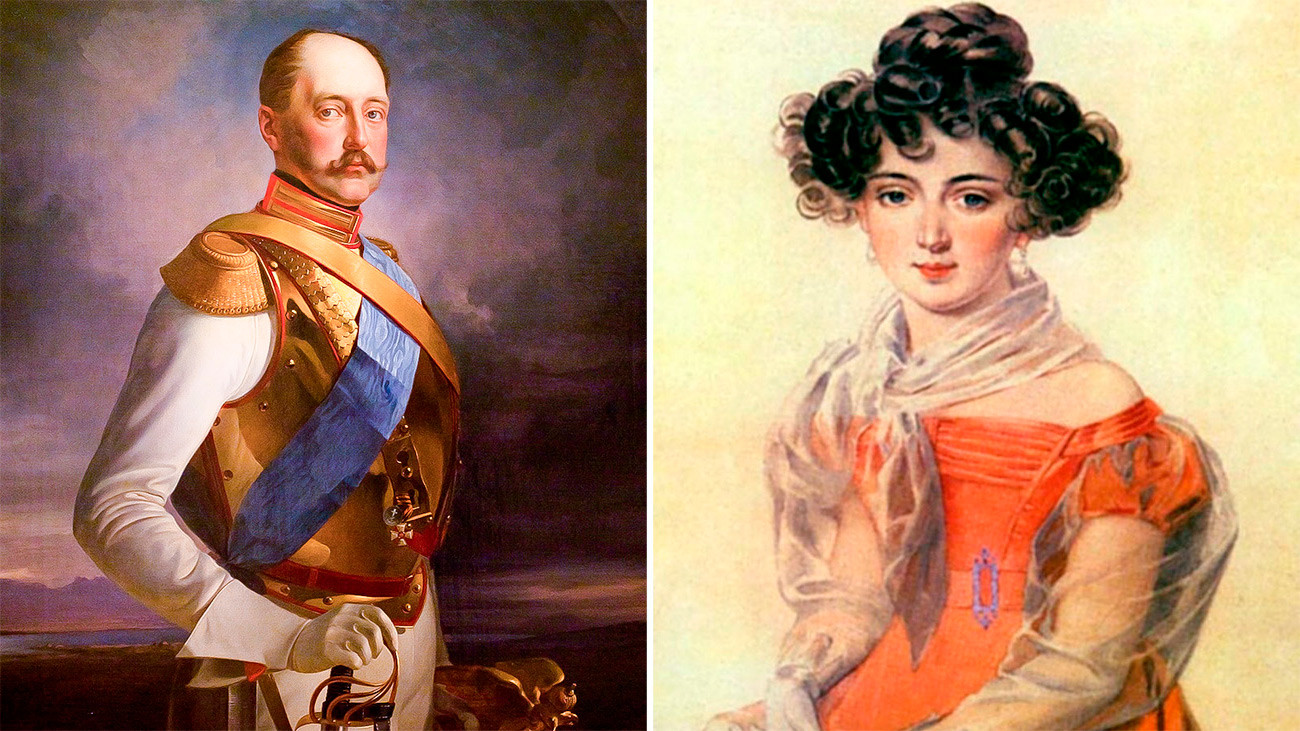 Unlike many on this list, Nicholas I (1825–1855) did love his lawful spouse, empress Alexandra. Nevertheless, rumors circulated that after Alexandra gave birth to his 7th child and fell seriously ill, Nicholas took a mistress. This wasn’t a typical royal affair, though: both emperor and Nelidova kept their relationship secret and the empress was believed to be friends with her rival.

“All Nelidova’s fault was redeemed with her loving the emperor with all her heart, never minding his power or greatness,” wrote memoirist Alexandra Sokolova. Nicholas died in 1855, leaving Nelidova a serious sum of money but she donated it all to charity, staying with empress, living a quiet life without balls or affairs. 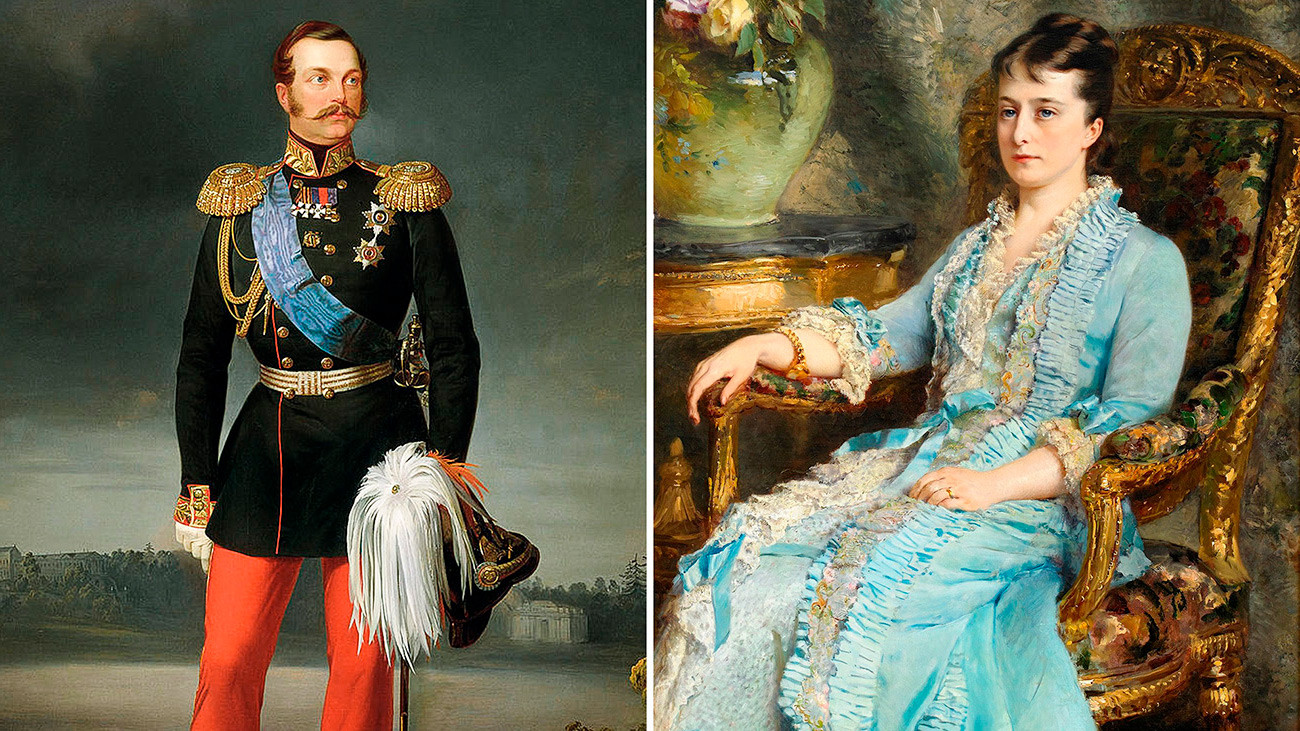 Alexander II was 30 years older than Catherine Dolgorukova: when they met each other, she was 11 years old and he – 41 (obviously, that wasn’t when the passions burst). After helping her family to move to St. Petersburg, the tsar once ran into Dolgorukova when she was 19; both fell in love which started the only affair in the history of the House Romanov that ended in marriage.

By the late 1860s, Alexander went cold on his wife Maria who had given him eight children. So his affair with Dolgorukova was incredibly patient and deep: they wrote around 4,000 letters to each other (most of them remain classified in archives), had four children and, after the empress died of tuberculosis, Alexander, not giving a damn about public opinion, married Dolgorukova in 1880. Unfortunately, the happy family life ended just a year later, when Alexander was killed by a revolutionary. Dolgorukova moved to France where she died 40 years later, in 1922.