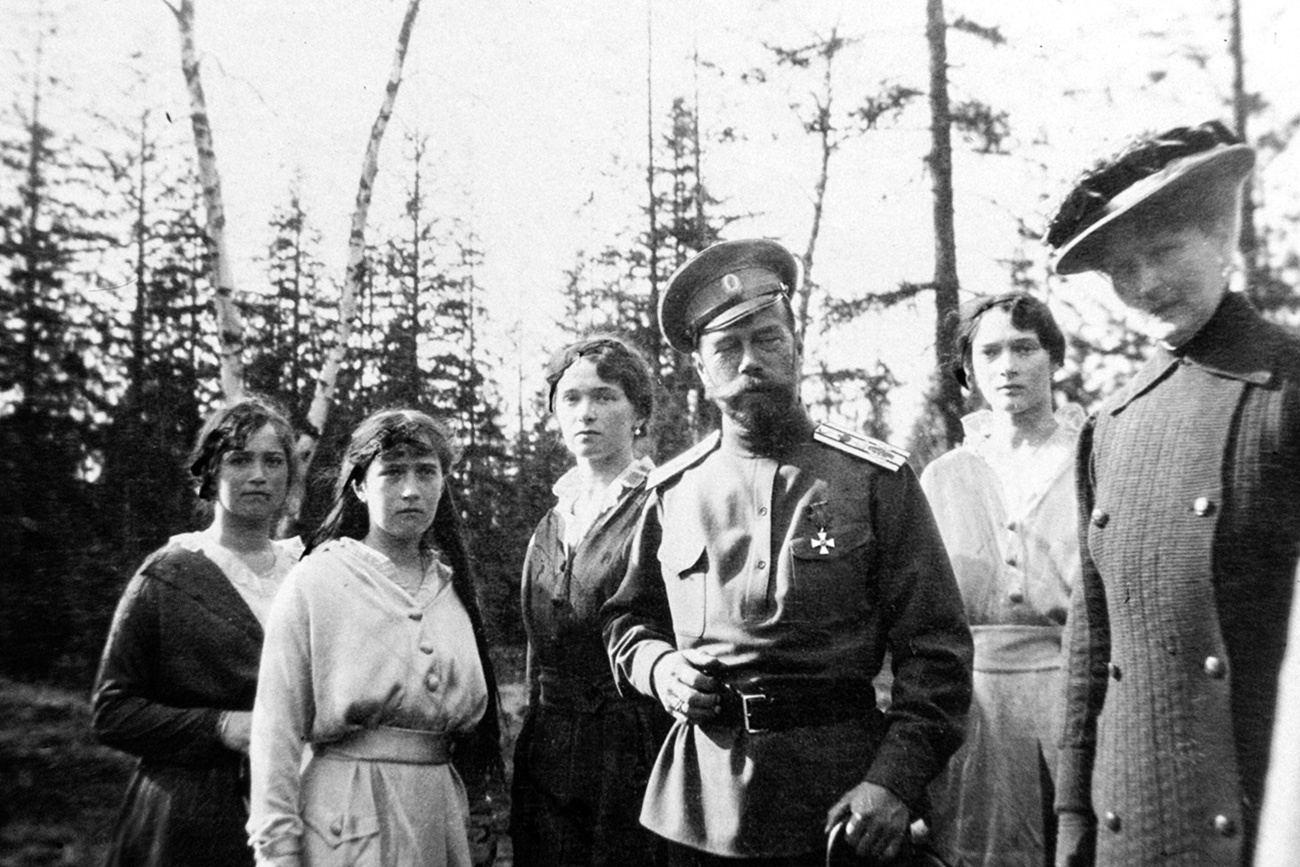 Getty Images
The Tsar and his family were executed by firing squad exactly 100 years ago. However, the criminal case investigating their murder remains open. Here are 10 facts about the tragic end to Russia’s last imperial family. 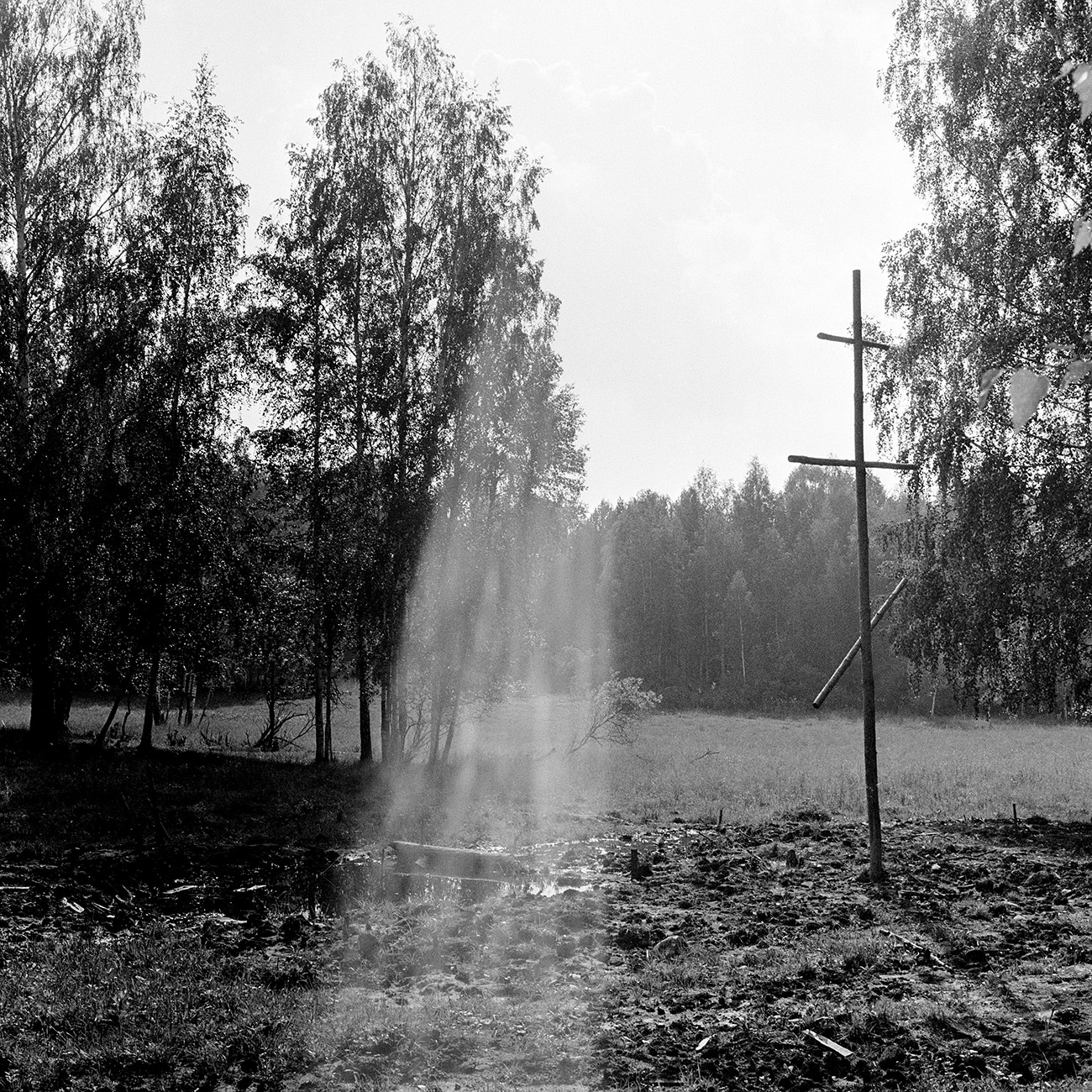 Yekaterinburg. Place, where the remains of Tsar's family were found, 1992 / Anatoly Semyokhin/TASS

The case was reopened in 2015 by request of the Russian Orthodox Church, which wanted to confirm the identity of the remains considered to be that of the imperial family. In 2000, they were canonized as martyrs for the faith.

The remains of Nicholas II, his wife Alexandra, three of their children, and their servants were discovered in 1991 outside the city of Yekaterinburg where they were executed on July 17, 1918. The remains of Crown Prince Alexei and Grand Duchess Maria weren’t found until 2007, not far from where the others had been discovered. 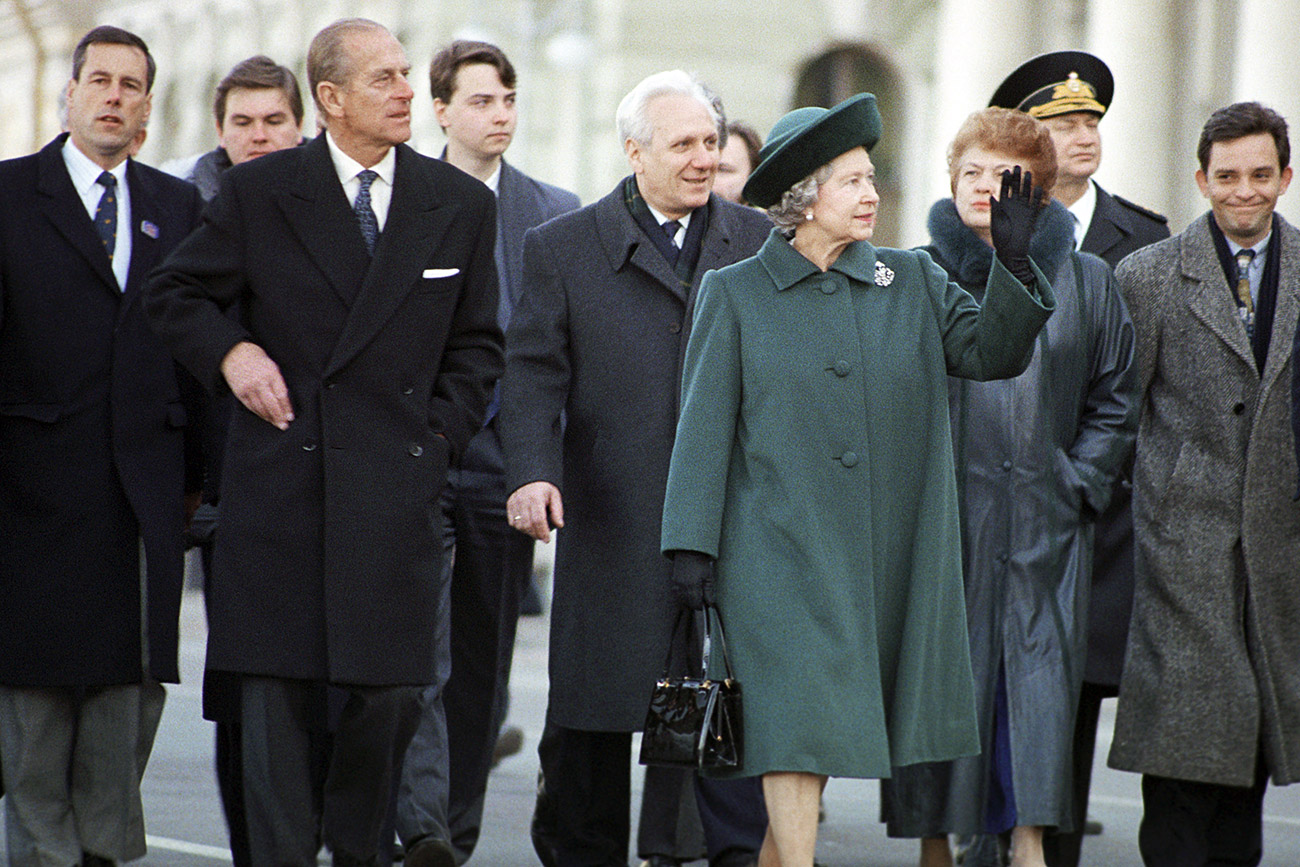 Despite the doubts of the Orthodox Church, the identity of the remains was confirmed through a series of tests conducted in the early 1990s in Russia and abroad. According to the criminal investigator in charge of the case, Vladimir Solovyov, one of the tests involved taking a blood sample from the husband of Queen Elizabeth II, the Duke of Edinburgh, who is a distant relative of Tsarina Alexandra.

3. Crown Prince Alexei and his sister’s remains have not been buried 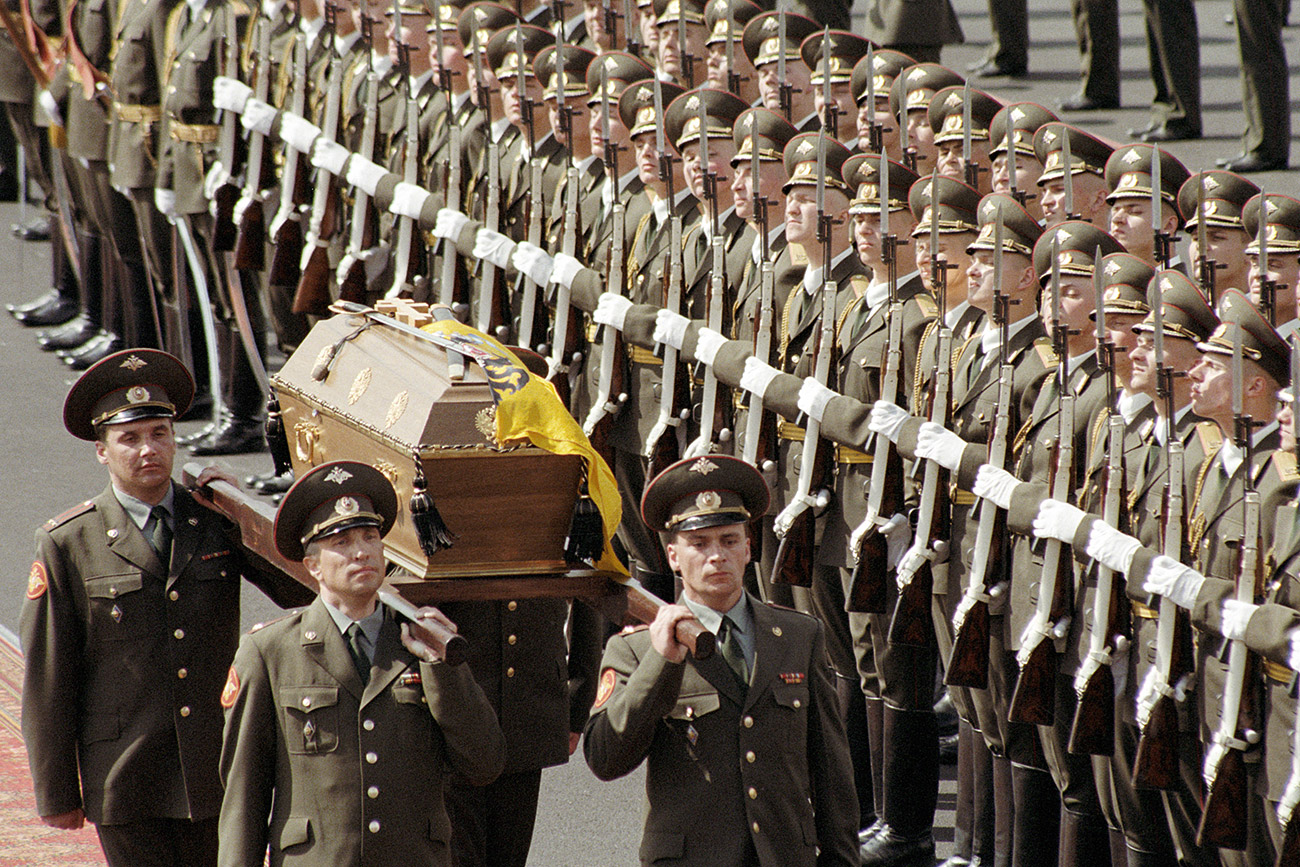 Military men carrying the coffin with remains of Emperor Nicholas II at the burial of remains of him, his family members and servants in the St.Peter and Paul Cathedral / Igor Mikhalev/RIA Novosti

The remains of Nicolas II, Alexandra, and their three daughters were given a state funeral in July 1998 and buried at the Peter and Paul Fortress in St. Petersburg, uniting them with the rest of their family. While President Boris Yeltsin attended the ceremony, Patriarch Alexei II refused to come.

The remains were exhumed in 2015 in order to take DNA samples as part of the new investigation. In October 2016, Patriarch Kirill said the tests would soon be completed. To this day, the remains of Crown Prince Alexei and his sister Maria have not been buried, and are held in the Russian State Archive.

4. The imperial family fled under the Japanese flag 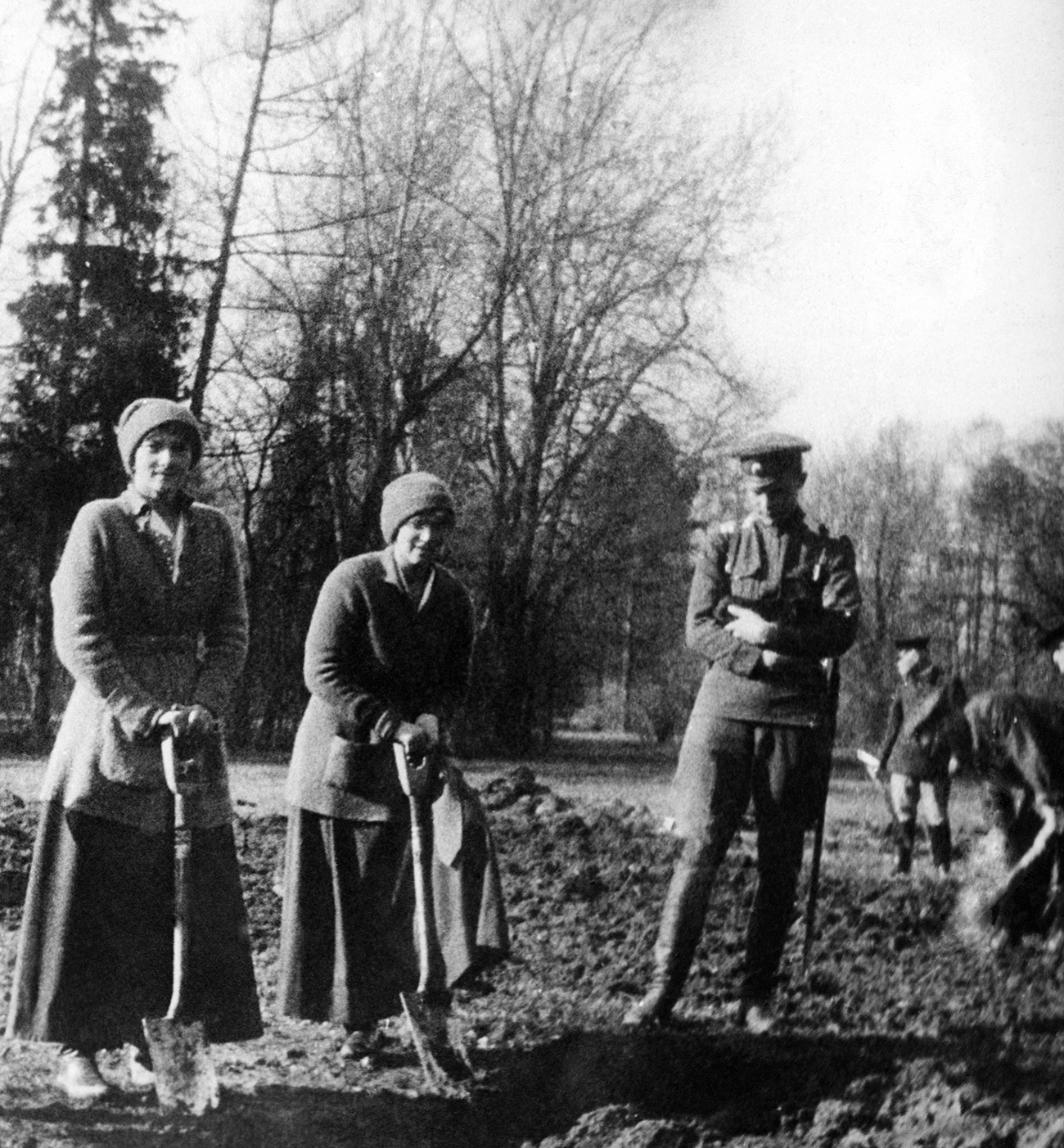 After abdication in the February Revolution, the imperial family took refuge in their residence in Tsarskoe Selo. When they left in two trains, they allegedly under the Japanese flag as a part of the Japanese mission of the Red Cross to avoid possible lynching by the mob. Later, the family was moved to the Siberian city of Tobolsk, not far from the village that was the of the infamous Grigory Rasputin - “our dear friend,” as Tsarina Alexandra referred to him. Following the Bolshevik uprising in October, the communist authorities moved the family to Yekaterinburg in the Urals.

5.  reason for execution was the approach of Bolshevik foes 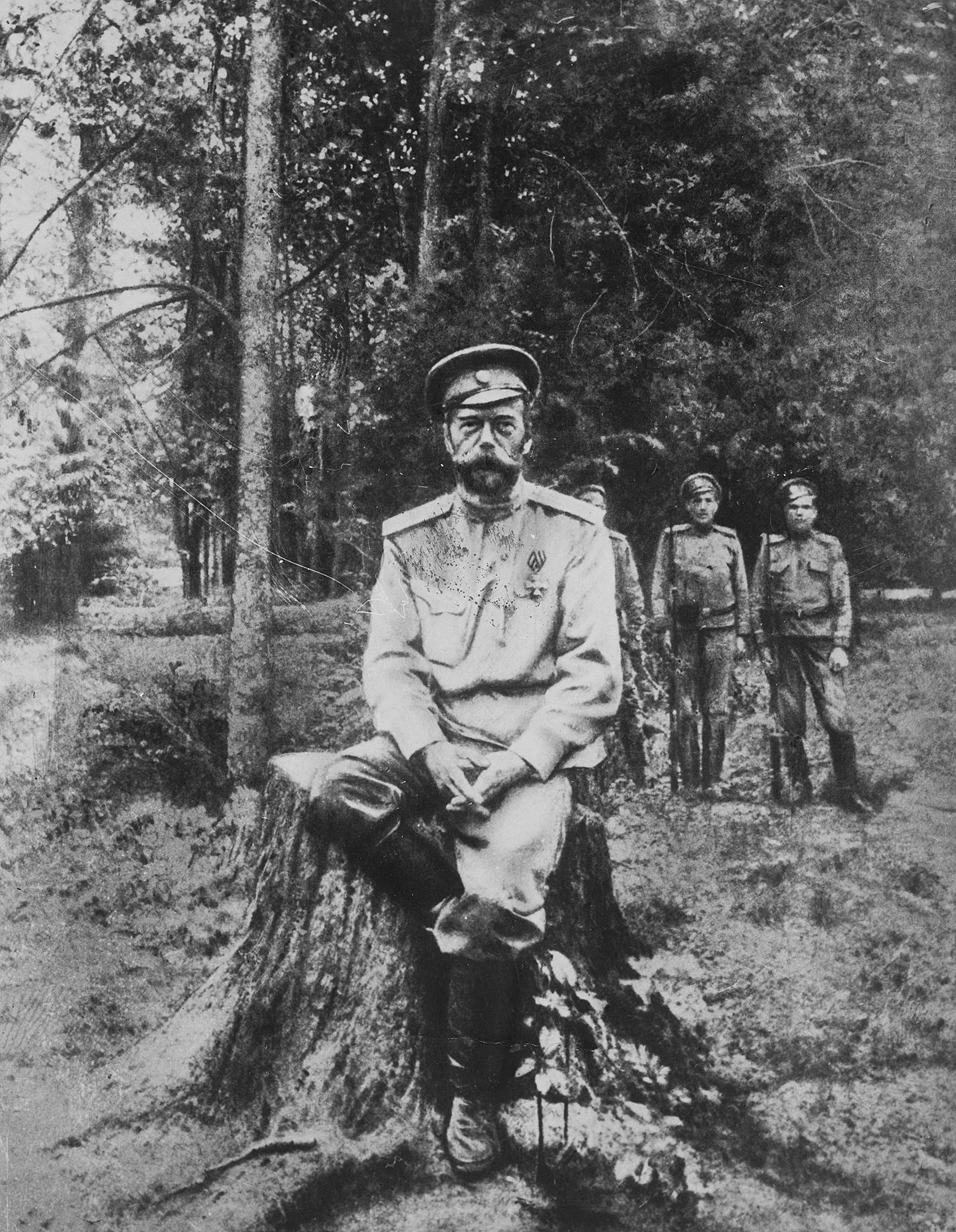 In Soviet times, the official version claimed that the imperial family was executed by order of the Ural Regional Soviet authorities, which said the murders were necessary because Czechoslovakian regiments, formed from World War I prisoners of war, were approaching the city. They had revolted against the Bolsheviks in 1918, but the Soviet government was also concerned about the “counter-revolutionary” conspiracy that allegedly wanted to free the former monarch. No signs of actual conspiracy ever been found, however, but the Czechs took the city eight days after the imperial family was murdered.

6. Moscow did not authorize the execution 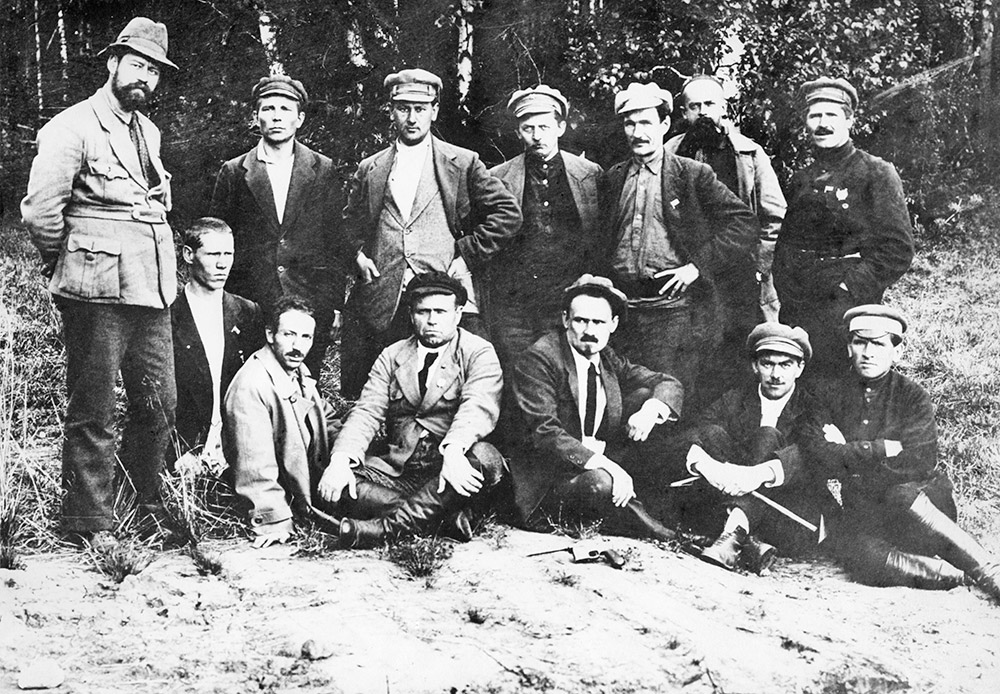 In post-Soviet Russia, investigators concluded that the execution was carried out by order of local Ural Soviet authorities. There is no evidence that Vladimir Lenin or other Bolshevik leaders wanted to execute the Tsar and his family. Some historians argue that Moscow wanted to put the last Tsar on trial.

However, some of the executioners recalled that on the eve of the shooting they received a coded telegram from Moscow ordering to kill the Tsar, but not the entire family. To execute all the Romanovs in Yekaterinburg was the initiative of the local Soviet government, whose members were much more radical than the Bolsheviks in the Kremlin.

7. The bodies were buried twice 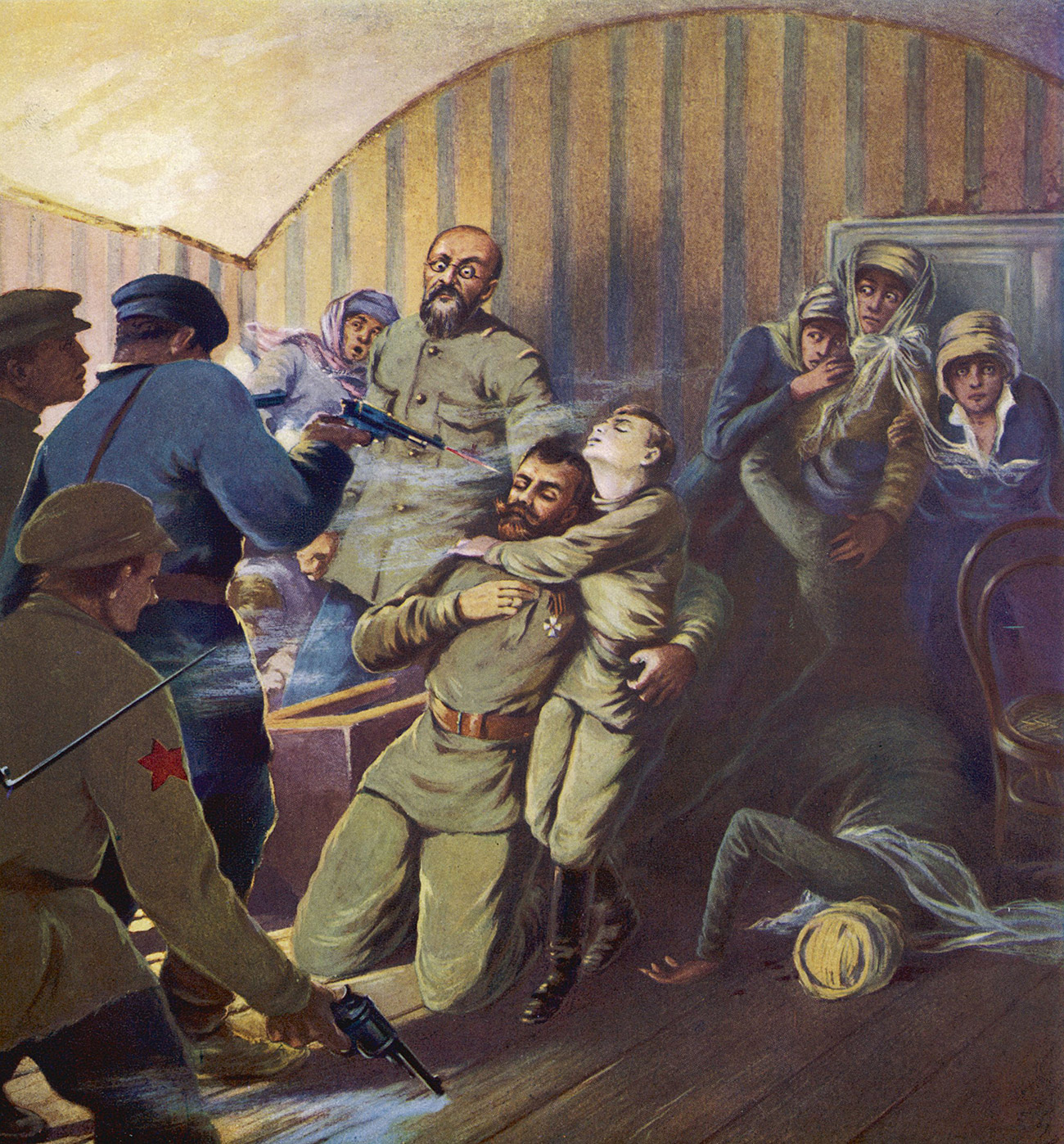 The Romanovs were taken to the basement of Ipatiev House where they were lined up against a wall and shot by firing squad. Those who survived the first attack (some bullets ricocheted off jewelry hidden in their clothes) were finished off with bayonets. Then the bodies were taken and thrown into a mine. However, to reduce any chance that the remains might be found, the soldiers threw them into an unmarked grave and doused them in acid.

8. Officially the fate of the Royal family was not known 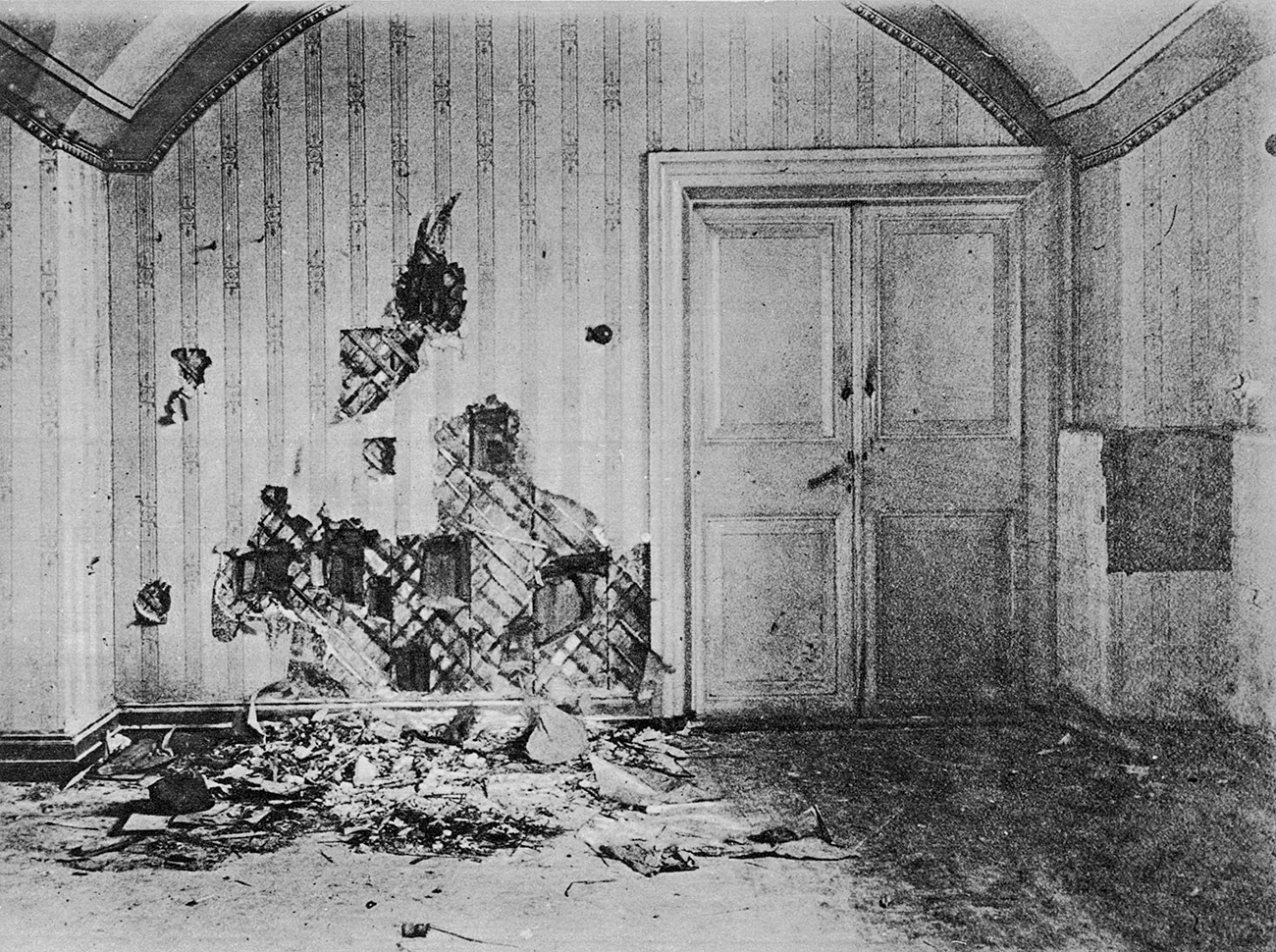 Originally, Soviet authorities only reported the death of Nicholas II. For some time the official position was that the rest of the family had been evacuated from Yekaterinburg and was lost in the chaos of the Russian Civil War. It was not until the early 1920s when details of the execution were after those involved spoke out.

9. There was not much public interest in the murders 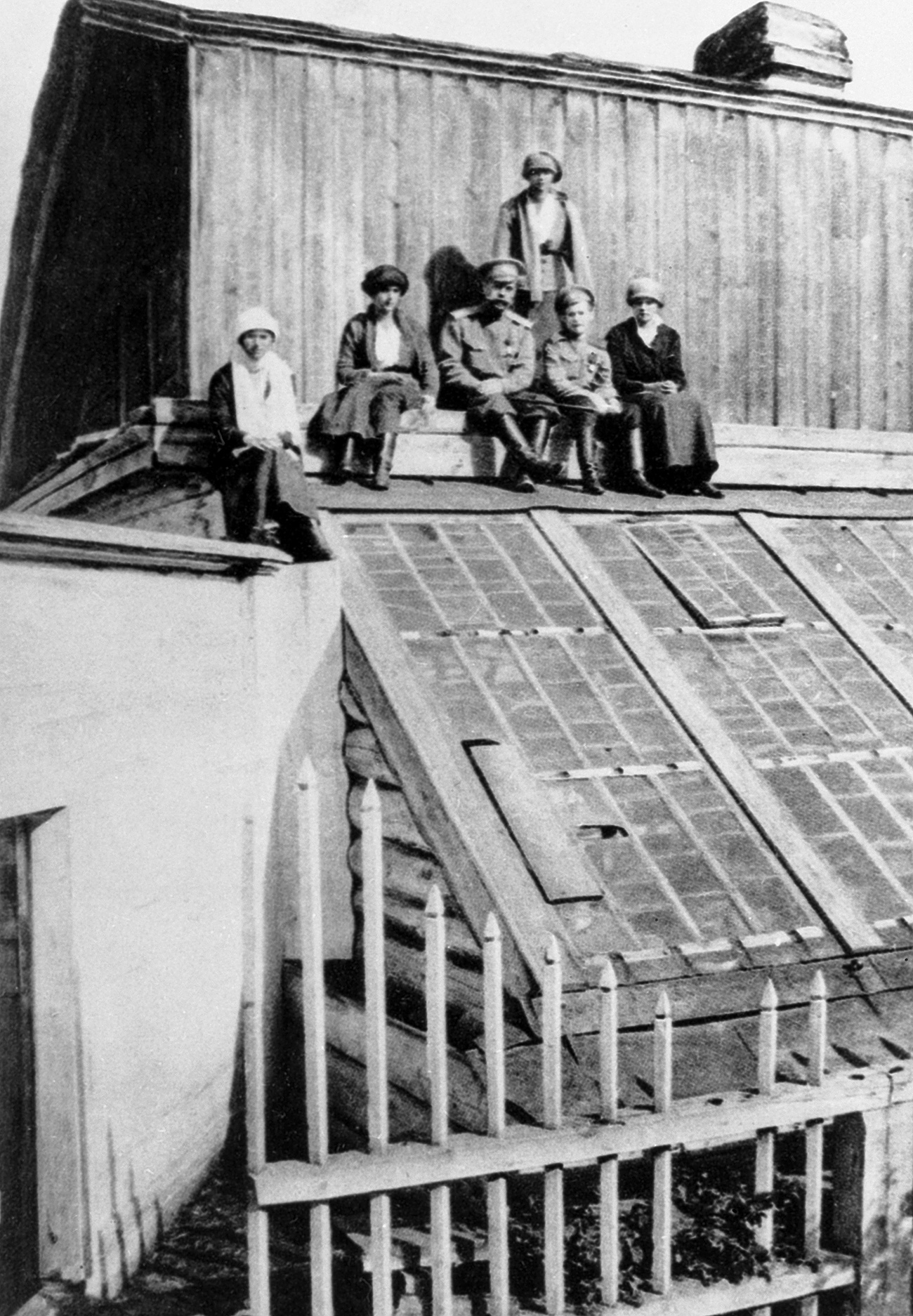 The Romanovs' on the house roof in Tobolsk where they were kept until the transfer to Yekaterinburg in 1918. / RIA Novosti

It’s hard to believe now but back then the Russian public was not moved by news of the Tsar’s murder. Nicholas II simply was unpopular. Historians say that after the downfall of the monarchy the authorities received many letters from the public asking for him to be killed. The only protest came from the head of the Orthodox Church, Patriarch Tikhon, who openly condemned the killings.

10. The place of pilgrimage 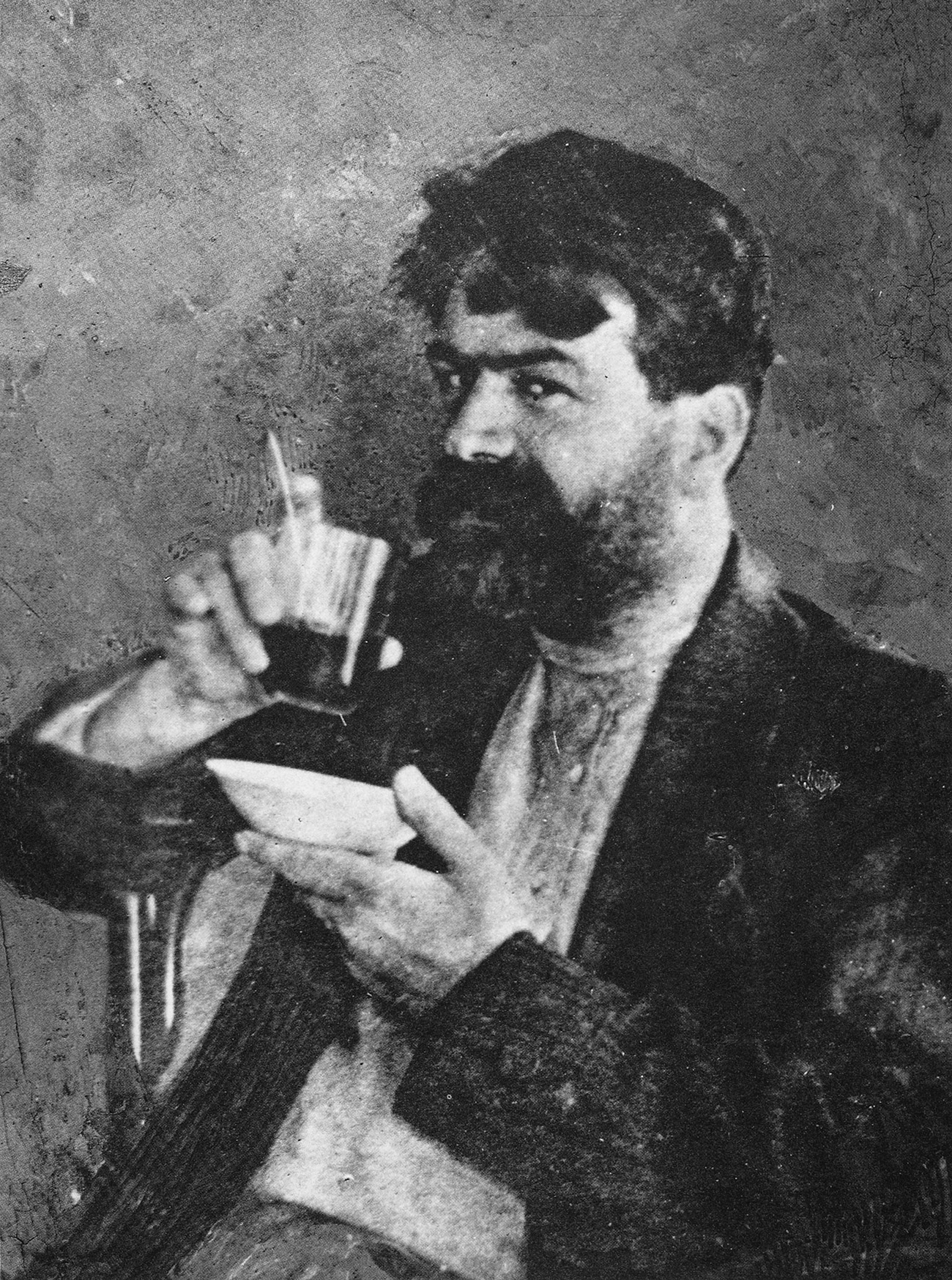 The man in charge of the shooting, Yakov Yurovsky, claimed that he shot the Tsar dead. In 1920, he personally delivered to Moscow jewelry that belonged to the imperial family. Subsequently, he held several important posts in the new Bolshevik state, dying in 1938, not as a result of Stalin’s Great Purge, but due to a stomach ulcer.

Ipatiev House was demolished in 1977 when the regional government was headed by future President Boris Yeltsin. Later, the Church on the Blood was built on the site that’s now a place of pilgrimage.