5 great Russian playwrights you should know 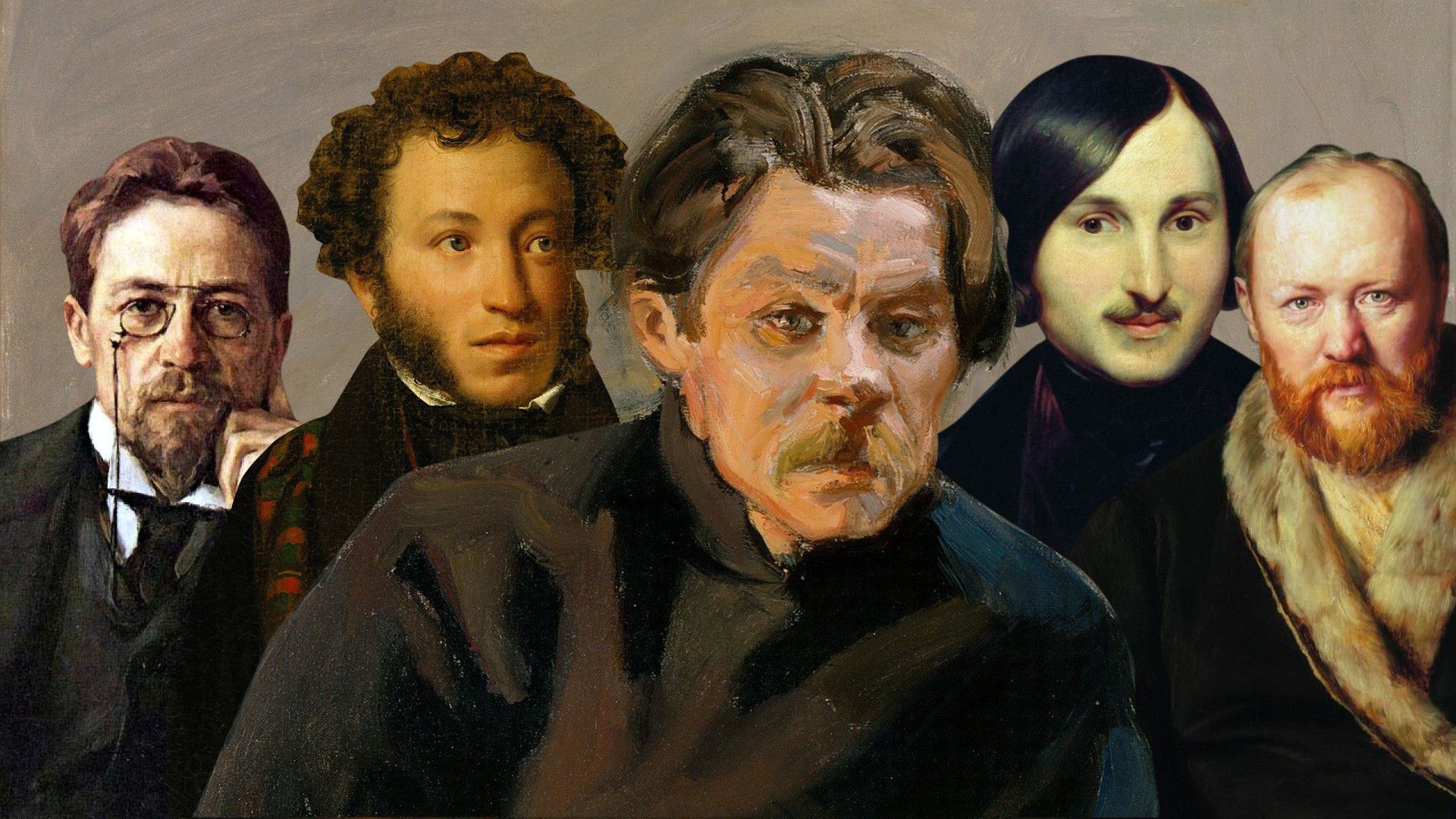 Ateneum, Tretyakov Gallery, Public domain
Russian plays are no less famous in the theater and opera world than the novels of Tolstoy and Dostoevsky in the literary. If you see any of the following authors on the bill, grab a ticket quick!

So you think Russian theater began with Anton Chekhov? Nyet. Pieces for the stage started appearing in Russia in the 18th century, largely composed under the influence of ancient dramatists and the French playwrights Moliere and Beaumarchais. One of the most famous (and funny) of that time is Denis Fonvizin’s The Minor, about a mummy’s boy fussed over so much that he is incapable of tying his own shoelaces.

Russian drama was in some ways revolutionized by diplomat Alexander Griboedov’s Woe from Wit (1822–24), which introduced political satire into the set-piece predicaments of older plays, and spoke to the audience in livelier, more colloquial language.

Unfortunately, Fonvizin and Griboedov were both one-hit wonders. However, the coming generations churned out masterpiece upon masterpiece, nearly all of which are still regularly staged to this day. Here are the must-sees. 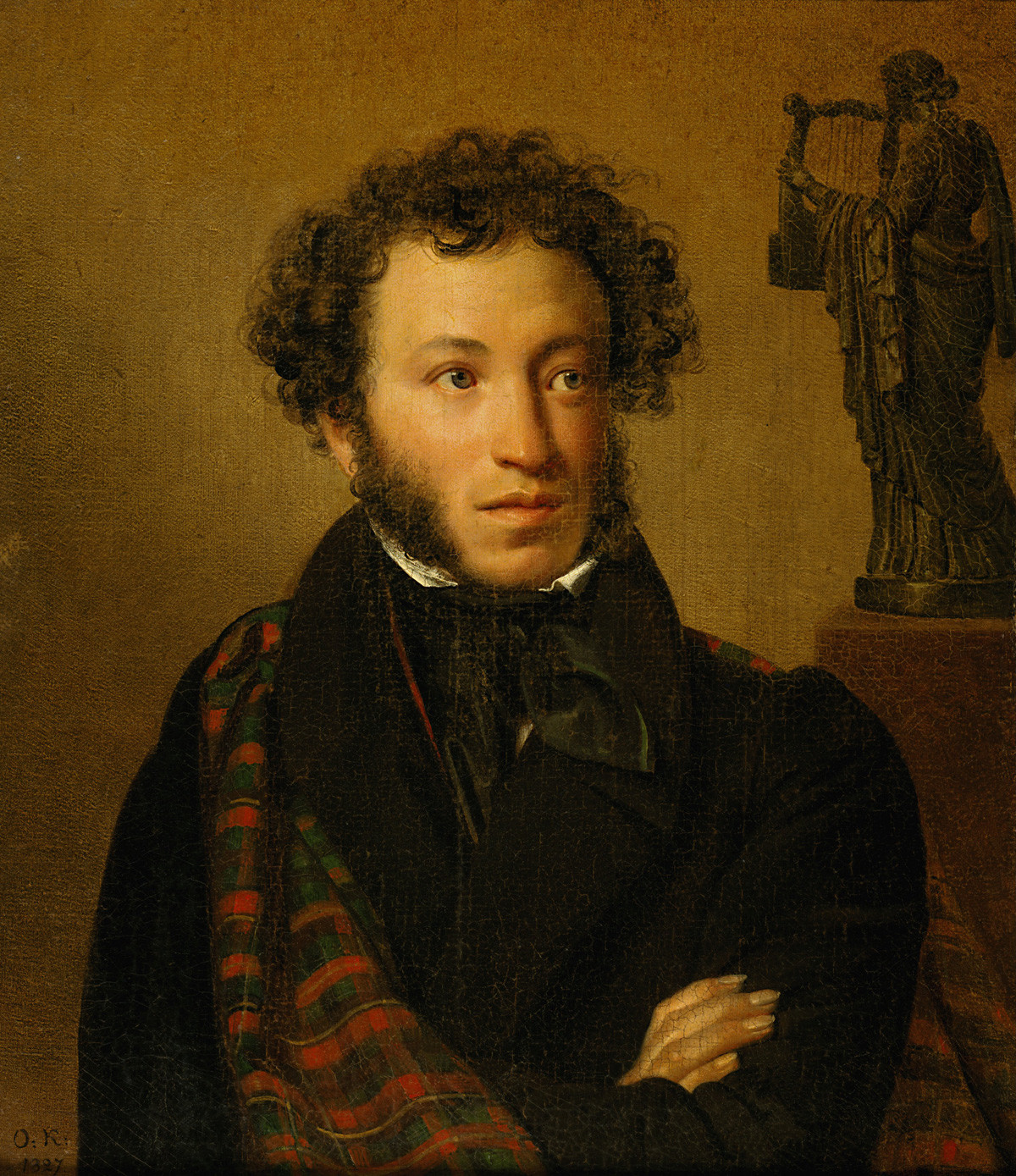 Take any literary genre, any at all, and you can bet your bottom dollar that Pushkin excelled in it. His plays were written in verse and not originally intended to be staged (so-called “closet dramas”); for Pushkin, the pure-dialog format was a means to experiment with language, involve readers more intimately, and explore issues from a first-person perspective without the need for an omniscient narrator or personal commentary.

Many opera houses in Russia and worldwide have a regular slot in their repertoire for the opera Boris Godunov by Modest Mussorgsky, based on Pushkin’s eponymous historical tragedy written in 1825 under the influence of Shakespeare. It is a monumental play about the Time of Troubles, a terrible period in Russian history following the death of Ivan the Terrible, when Boris Godunov ascended to throne in very murky and murderous circumstances. 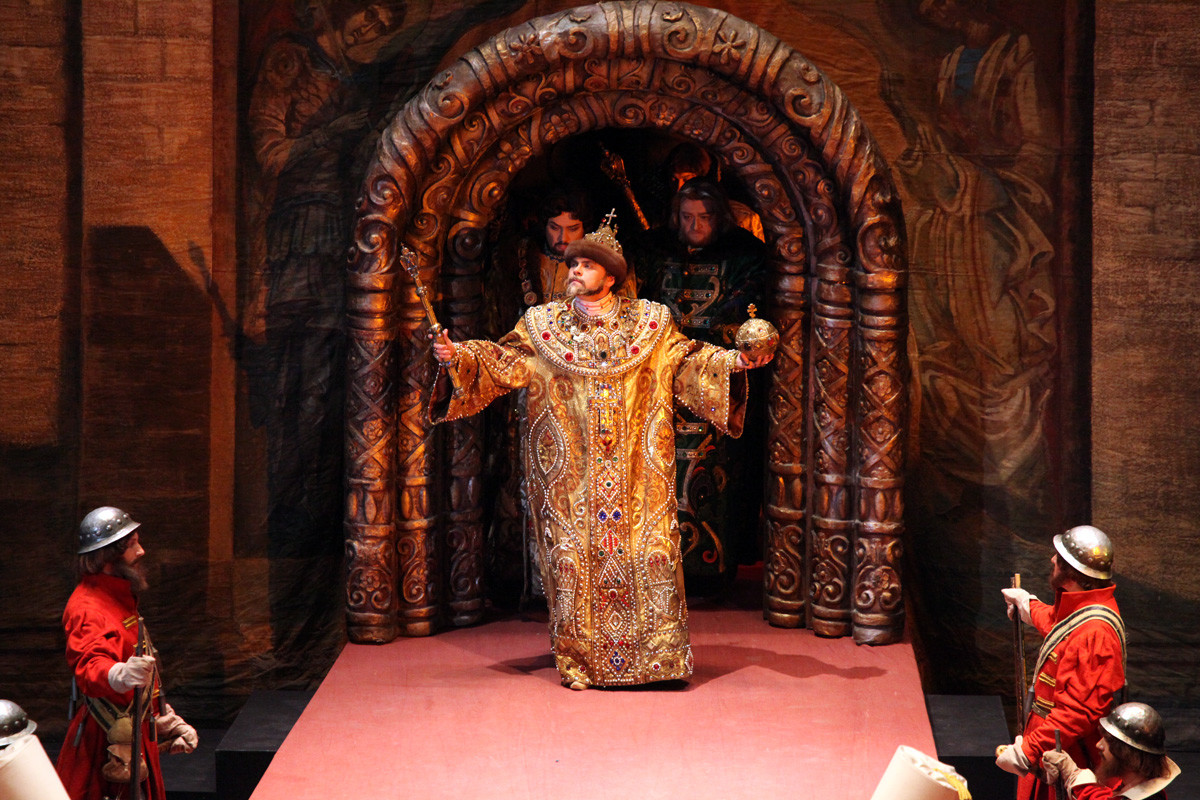 Boris Godunov made such an impact that Russians continue to view the events of the Time of Troubles through the prism of Pushkin’s play, although historians do not quite agree.

Another important cycle by Pushkin-the-playwright is TheLittle Tragedies. Also written in verse, these are four small parables about the eternal questions of morality, based on medieval subjects. 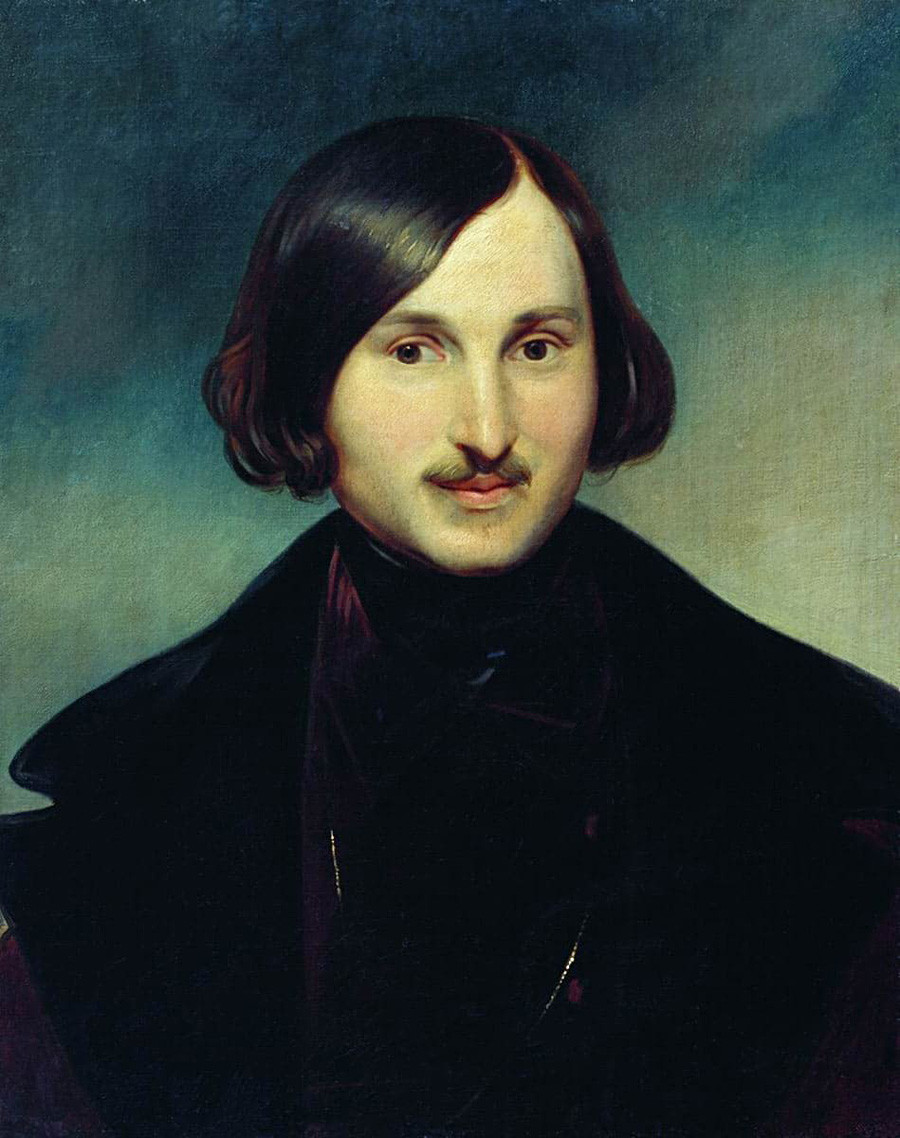 The author of Dead Souls was one of the first Russian satirists to ruthlessly expose the mindset of Russian landowners, officials, and servants, in particular their unique capacity for stupidity, hypocrisy, and lies.

Two comedies by Gogol, The Government Inspector and Marriage, became classics of the Russian theater. But whereas Chekhov’s tragicomedies are bittersweet “laughter through tears” affairs, Gogol’s protagonists and situations are bust-a-gut hilarious, so vividly does he portray the reptilian creatures that occupy high office or the dreamy musings of brides-to-be. 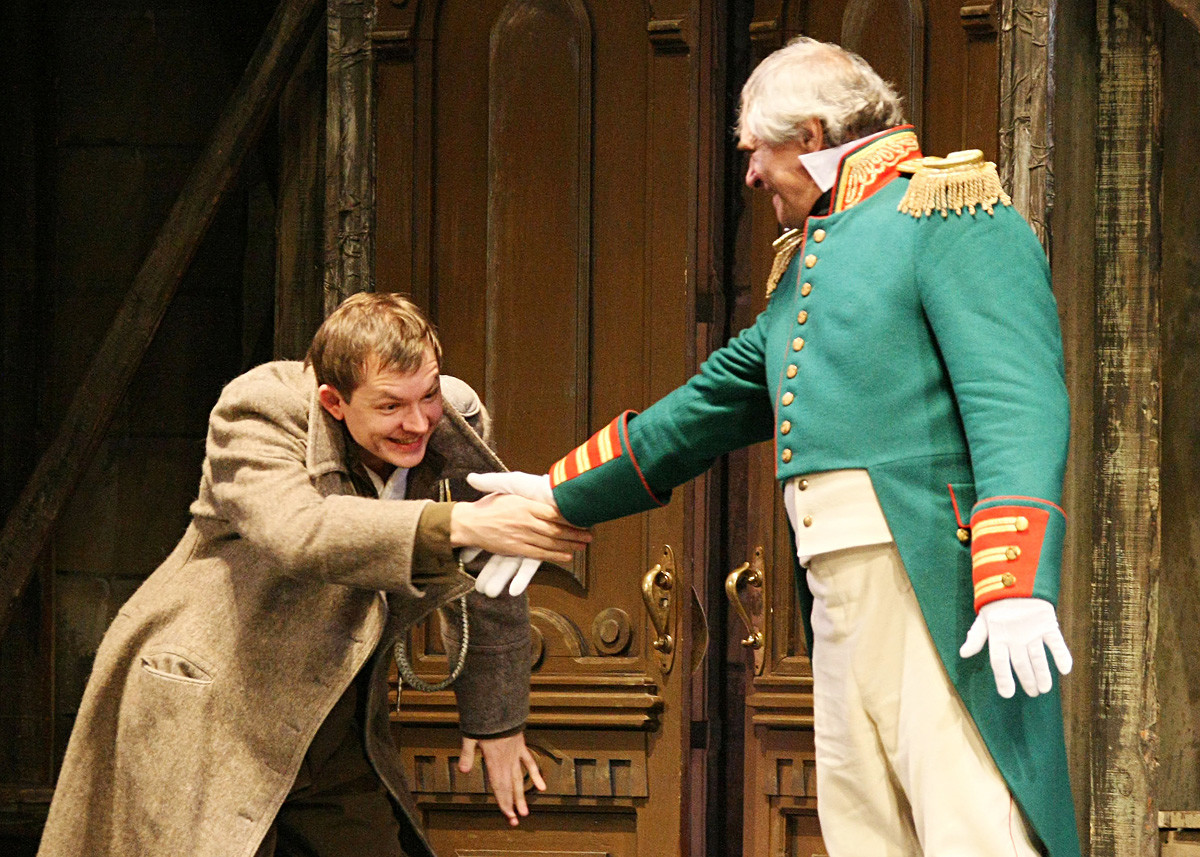 "The Government Inspector" play at The Mayakovsky State Academic Theater

Incidentally, Dead Souls was also turned into a theatrical hit, and is frequently staged not only in Russia. 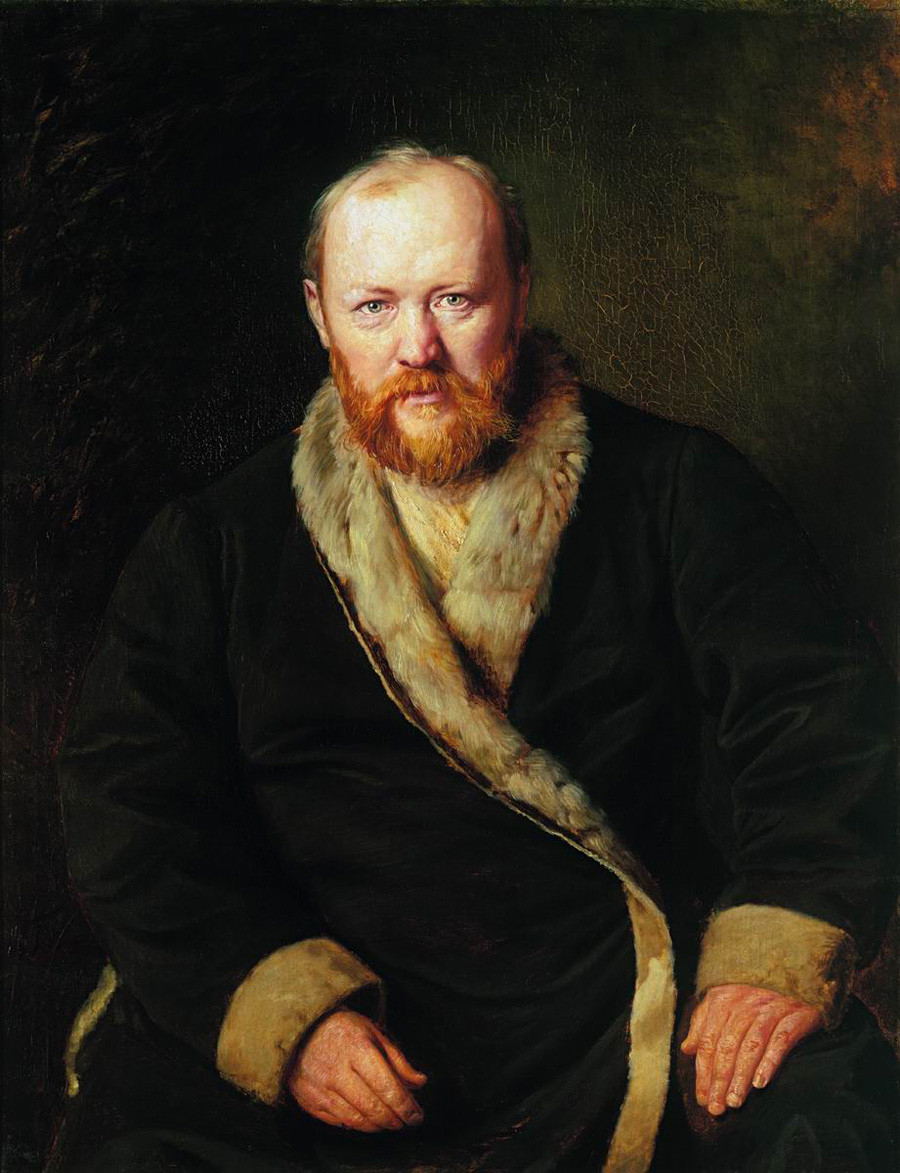 Ostrovsky is little known to non-Russian readers and theater-goers, yet in his homeland he is a mandatory part of the school curriculum, so every Russian gets acquainted with his works almost as soon as the nappies come off. His plays are firmly rooted in Russian provincial soil (which partly explains his lack of recognition abroad), and depict the lives of Volga merchants, petty bourgeoisie, and others.

The Storm and Without a Dowry are two tragedies that will have the tears rolling. Incidentally, Ostrovsky is perhaps the first literary champion of women’s rights – both these plays are full of compassion for the wretched fate of his female leads. 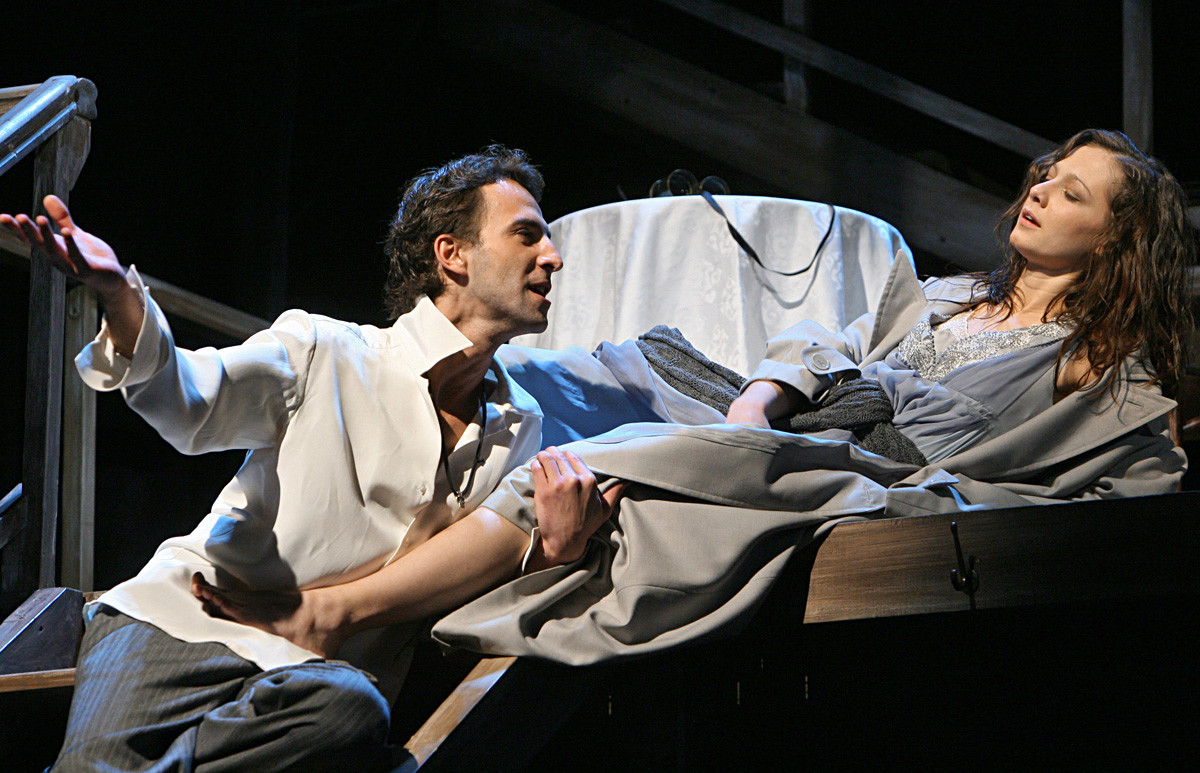 "Without a Dowry" at the Pyotr Fomenko Workshop

In The Storm, the heroine marries a man she does not love, and is forced to suffer at the hands of her wilful mother-in-law. In Without a Dowry, meanwhile, Larisa cannot marry her beloved because she has no dowry, yet loves him courageously all the same, despite the contempt of society. The movie version of the play, A Cruel Romance by Eldar Ryazanov, is also worth a look. 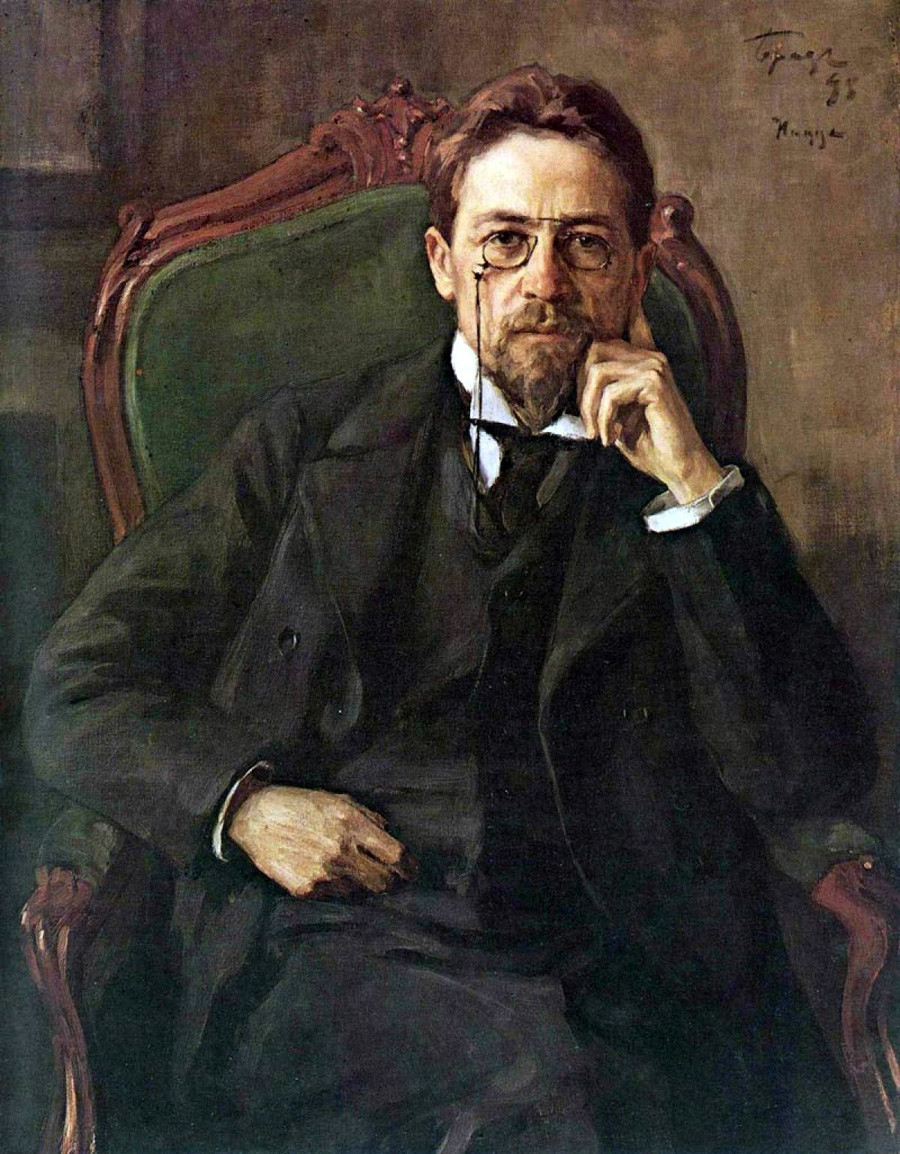 At last, the man himself. Not only did Chekhov pen a vast body of brilliant stories, he also breathed the Russian soul into the stage.

The most famous works of Chekhov-the-playwright are Three Sisters, The Seagull, and The Cherry Orchard, each of which addresses the death of the old Russia, the crisis of the nobility, and the longing for change. 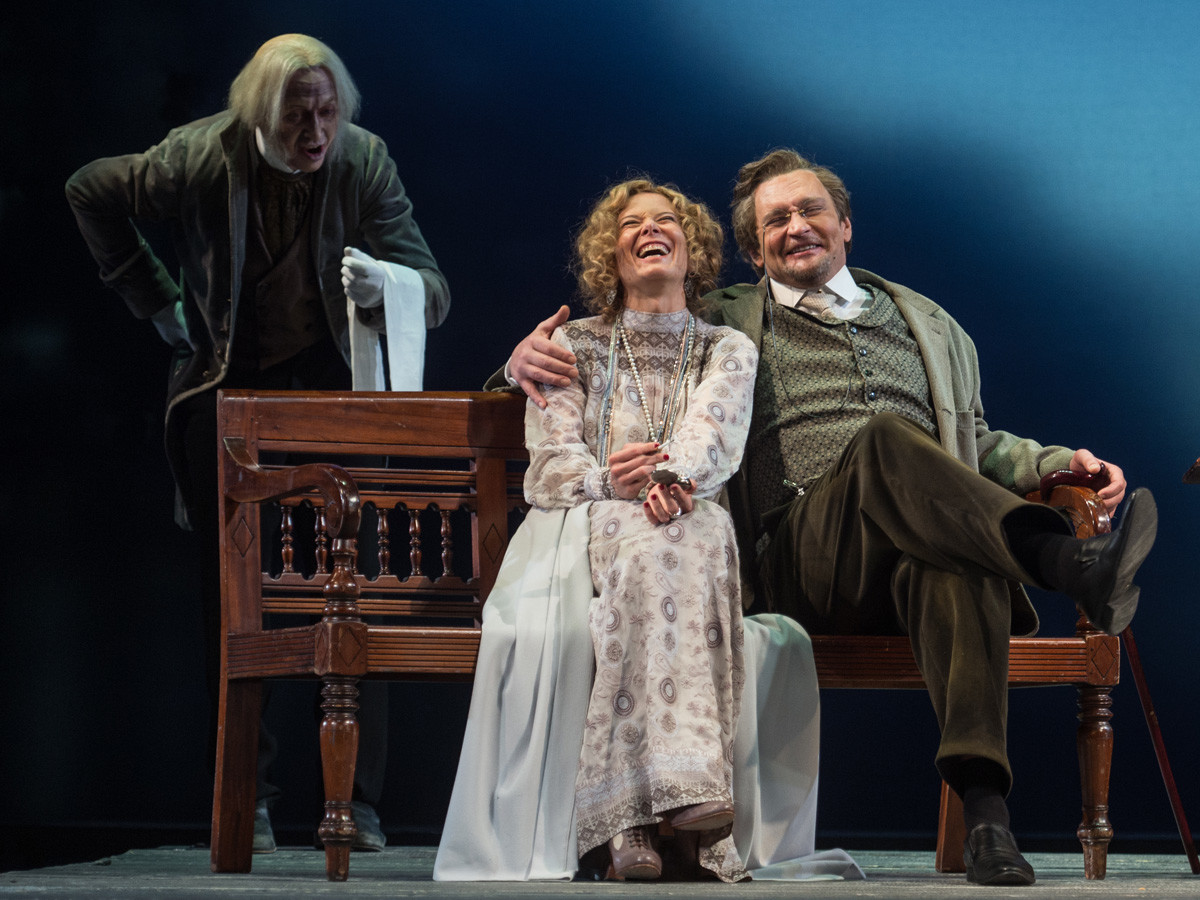 "The Cherry Orchard" play at the Mossovet theater

All the plays were staged by Konstantin Stanislavsky at his legendary Moscow Art Theater, and enjoyed tremendous success. The Cherry Orchard was written just a year before Chekhov’s premature death in 1904, and clearly foreshadows the first Russian revolution of 1905. 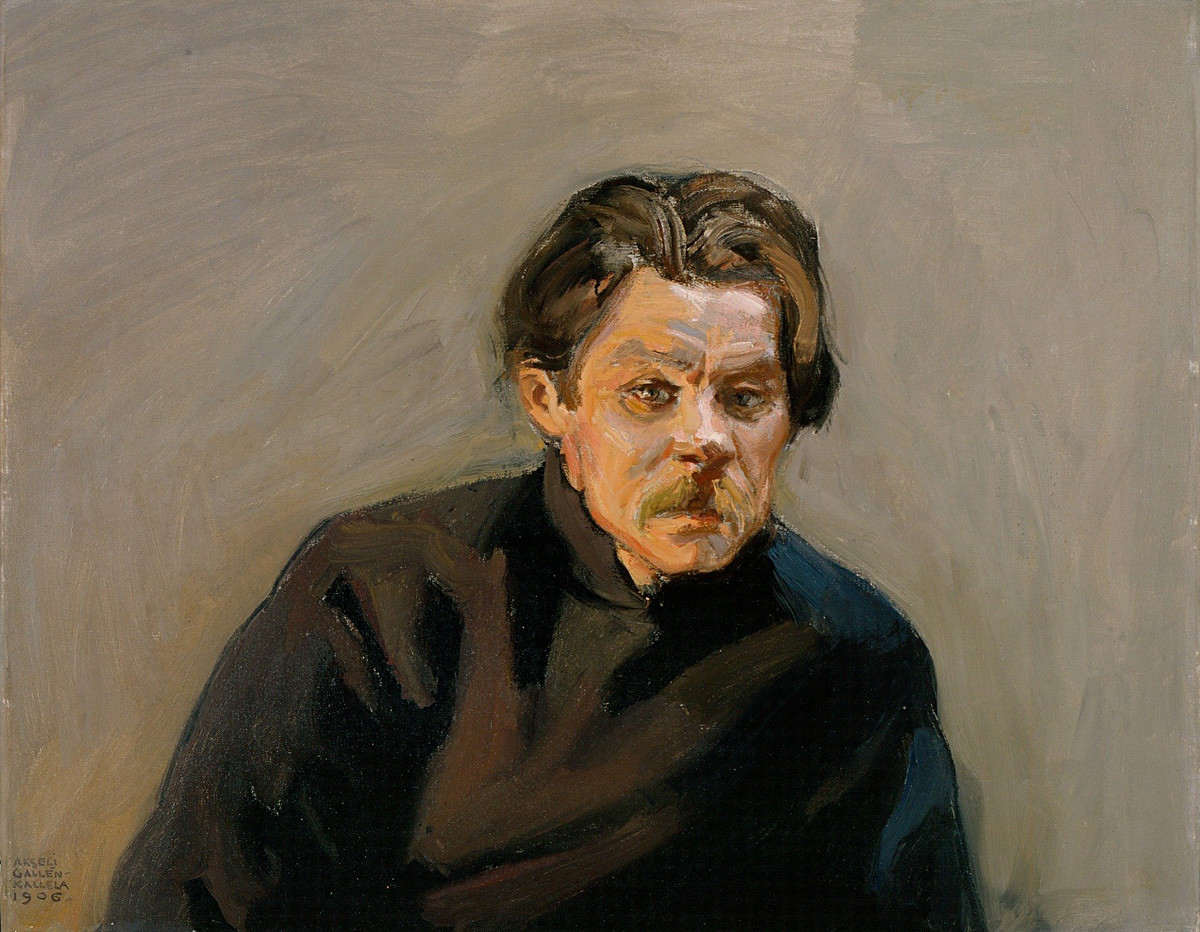 Gorky’s The Lower Depths, about the miserable inhabitants of a homeless shelter, took the Moscow Art Theater by storm in 1902. Also staged by the inimitable Stanislavsky, it was shown to a full house no fewer than 300 times.

Himself from a working-class background, Gorky (real name Alexei Peshkov) literally revolutionized drama and introduced a wholly new language. Rejecting the airy-fairy problems of the aristocracy, he looked instead to the common people and their struggle simply to survive, something that was totally alien to the well-heeled theater-going public. 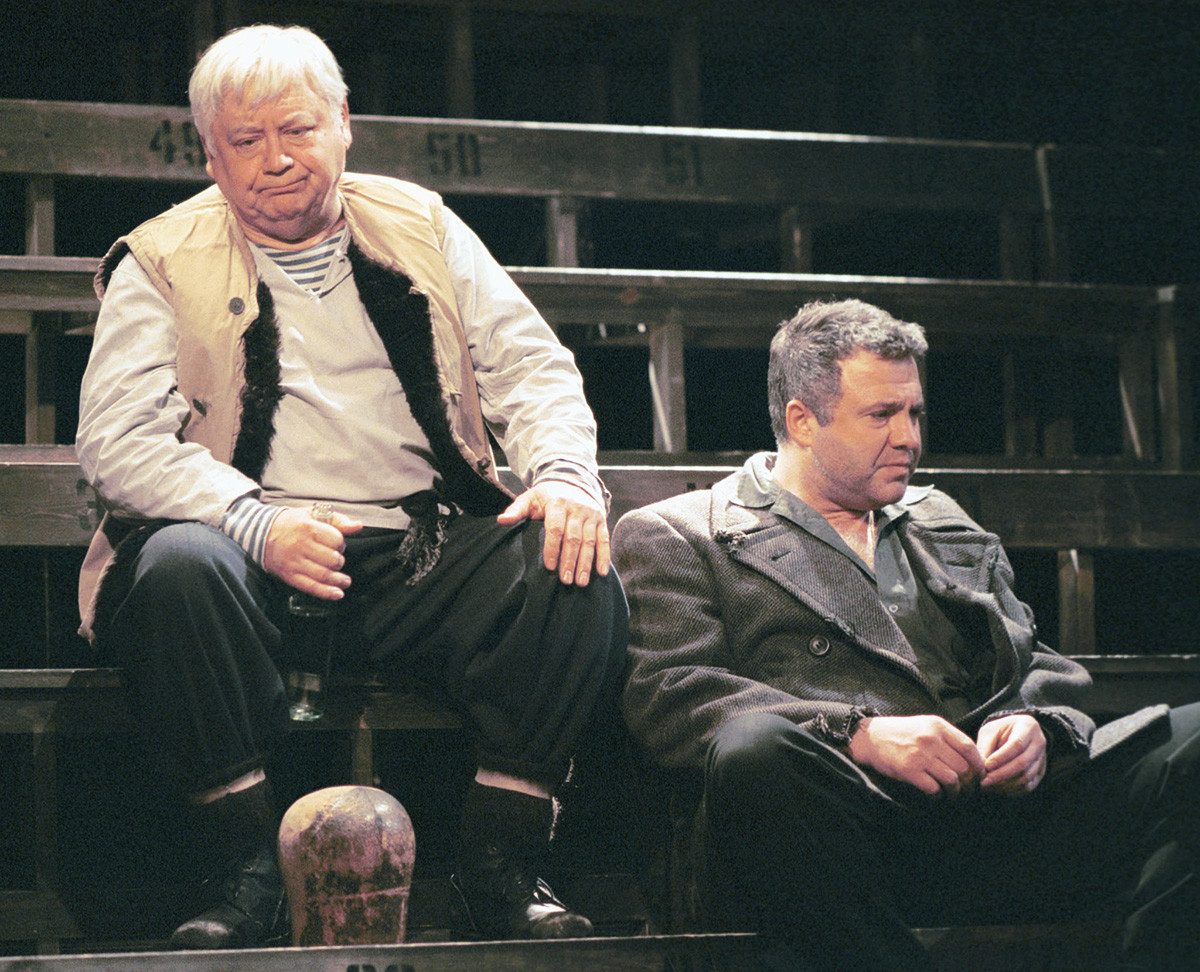 "The Lower Depths" at the Oleg Tabakov Theatre

The success of Gorky-the-playwright was begrudged by none other than the bearded doyen himself, Leo Tolstoy. The latter had no time for the new proletarian thrust in literature, and did not understand the point of writing about tramps and beggars, and their lowlife existence.

In Soviet times, Gorky was considered the country’s number one writer. Besides The Lower Depths, theaters staged the profoundly tragic (even by his standards) Vassa Zheleznova, as well as Children of the Sun, which had great success both in Russia and abroad.

Read more: 5 poems that every Russian knows by heart