5 poems that every Russian knows by heart

Culture
Alexandra Guzeva
Ignatovich/Sputnik
If you declaim or even just quote some of them, you will simply amaze any Russian and even bring a patriotic tear of joy to their eyes.

In school, Russians were forced to learn plenty of poems by heart, as it's supposed to help in training memory. School students even have special tests, when one has to recite a poem by heart in front of the whole class. A little stressful, but thanks to that, many adult Russians remember all these beautiful poems. And some even can diverse metrical feet of poetry, ‘iamb from trochee’, for example (they have different order of stressed and unstressed syllables).

Krylov is one of Russia’s main fabulists, in whose repertoire are more than 200 fables of both original and translations of well-known plots of Aesop and Lafontaine. After him, few authors wrote fables - it seems he managed to ‘squeeze’ everything possible out of the genre. 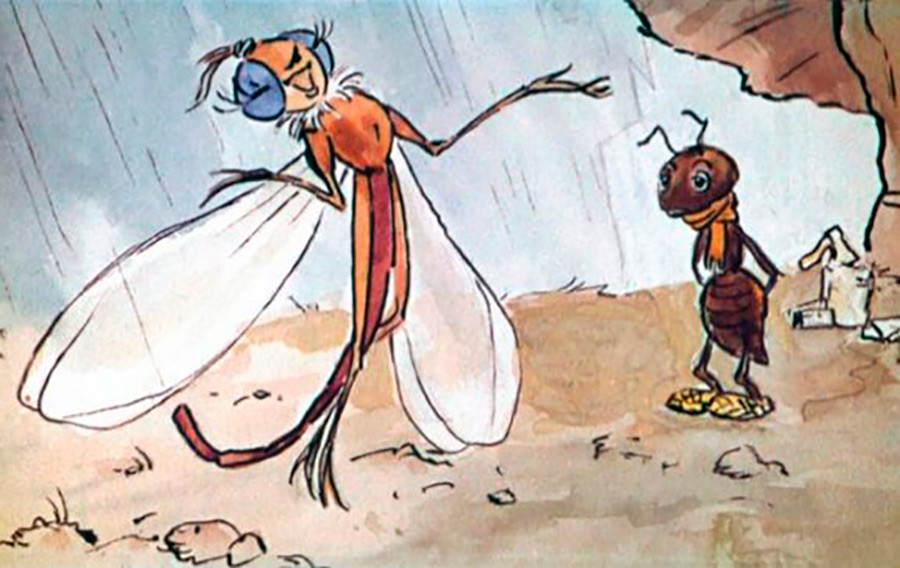 In the summer’s gaily singing,
Of the future isn’t thinking,
But the winter’s nearby.
Field was green, it’s now reddish,
Happy days already vanished,
And it happens no more,
That a leaf gives roof and store.
All has gone. In cold winters
Want and hunger wait afore.
Dragon-fly sings no more:
Who would like to sing yet more,
If the hungry belly hinders.
She is crawling in dismay
To the ant’s not far away:
“Dear crony, don’t leave me,
I’ll be strong, you may believe me!
But to manage winter storms
Give me food, a bit of warmth.”
“Oh, my dear, it’s very queer!
Did you work in summer here?” –
So Ant his answer forms.
“But in summer I was busy:
In the pleasant grass we’d had
Many plays and songs ahead;
Very often I was dizzy.”
“Ah, you mean:” – “I made a hit:
All the summer I was singing:”
“You were singing. Well done dealing!
Now dance a little bit!”

2. Aleksandr Pushkin To *** (I still recall the wondrous moment...)

If you ask any Russian on the street who his favorite poet is, in most cases they will answer: “Pushkin!” All schoolchildren in Russia learn his poems by heart. Many remember such poems as ‘Winter Morning’ and ‘Winter Evening’ - or parts from the novel in verse, ‘Eugene Onegin’, for example, the beginning of the first chapter, or a letter from Tatyana Onegin.

But everyone remembers the main Russian love poem, ‘I still recall…’, that Pushkin dedicated his beloved Anna Kern by heart.

By the way, the poem has been translated into more than 210 languages and all translations have even been published as a separate book. 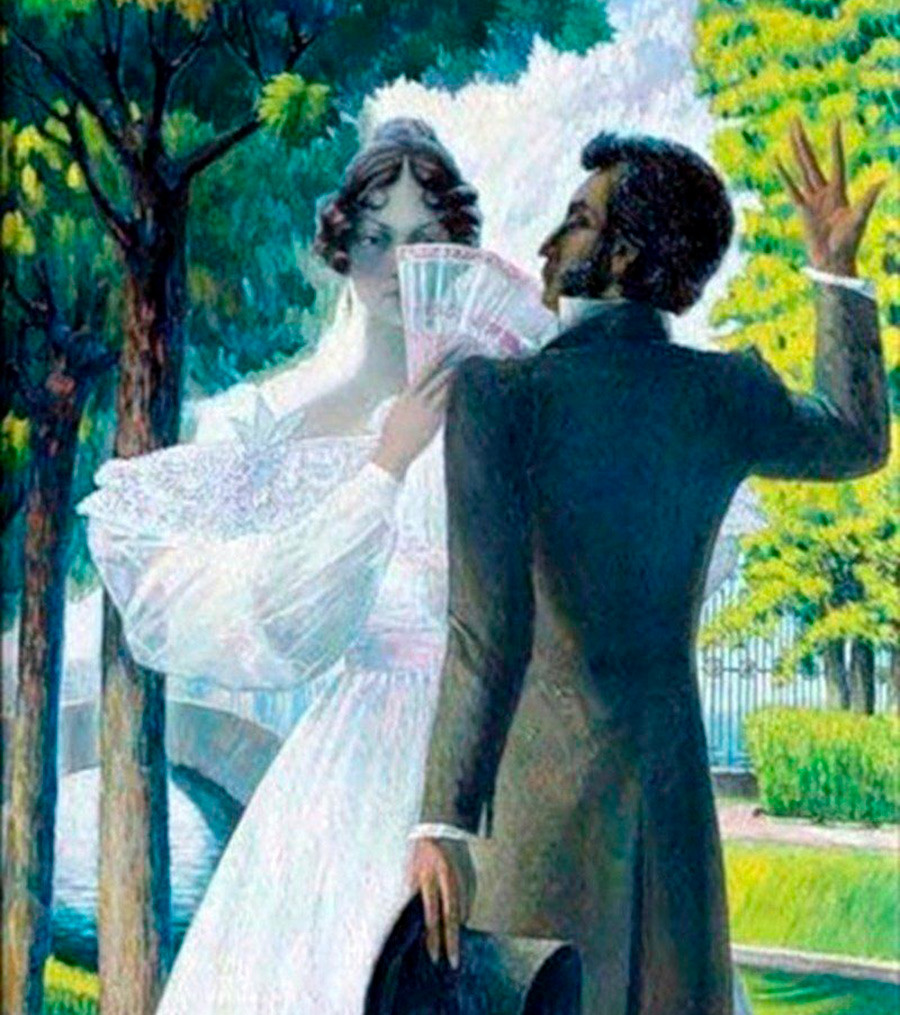 I still recall the wondrous moment:
When you appeared before my sight
As though a brief and fleeting omen,
Pure phantom in enchanting light.

In sorrow, when I felt unwell,
Caught in the bustle, in a daze,
I fell under your voice’s spell
And dreamt the features of your face.

Years passed and gales had dispelled
My former hopes, and in those days,
I lost your voice’s sacred spell,

The holy features of your face.
Detained in darkness, isolation,
My days began to drag in strife.
Without faith and inspiration,
Without tears, and love and life.

My soul attained its waking moment:
You re-appeared before my sight,
As though a brief and fleeting omen,
Pure phantom in enchanting light.

And now, my heart, with fascination,
Beats rapidly and finds revived
Devout faith and inspiration,
And tender tears and love and life.

School students, as a rule, love Lermontov for his romanticism, and for the fact that many poems are quite... short! 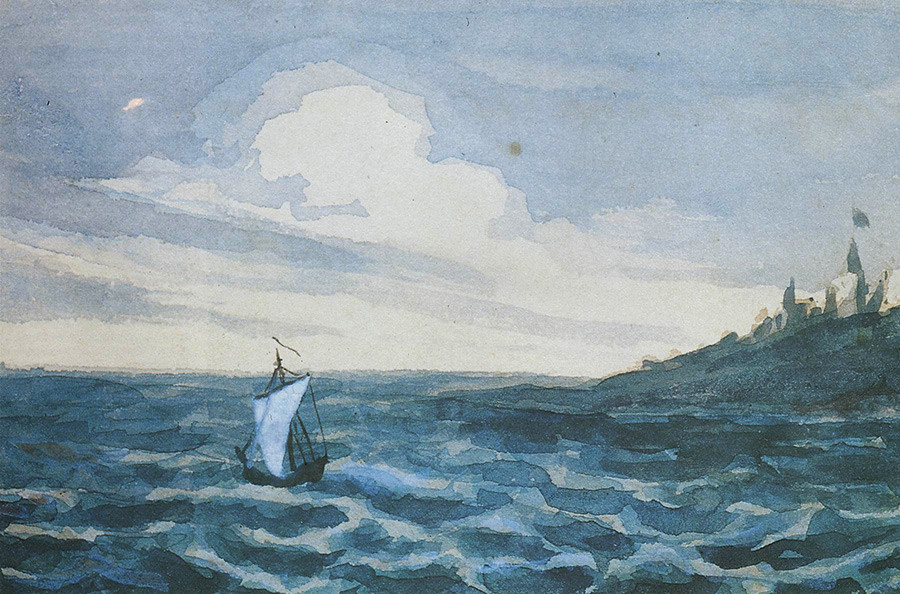 Amid the blue haze of the ocean
A sail is passing, white and frail.
What do you seek in a far country?
What have you left at home, lone sail?

The billows play, the breezes whistle,
And rhythmically creaks the mast.
Alas, you seek no happy future,
Nor do you flee a happy past.

Below the mirrored azure brightens,
Above the golden rays increase —
But you, wild rover, pray for tempests
As if in tempests there was peace!

Many Russians have a poor knowledge of poets from the Silver Age. It’s likely that everyone has one favorite, whose poems he keeps in mind. However, everyone remembers this poem by Russia’s main symbolist - Alexander Blok. And, probably, also thanks to some popular recent TV advertising. 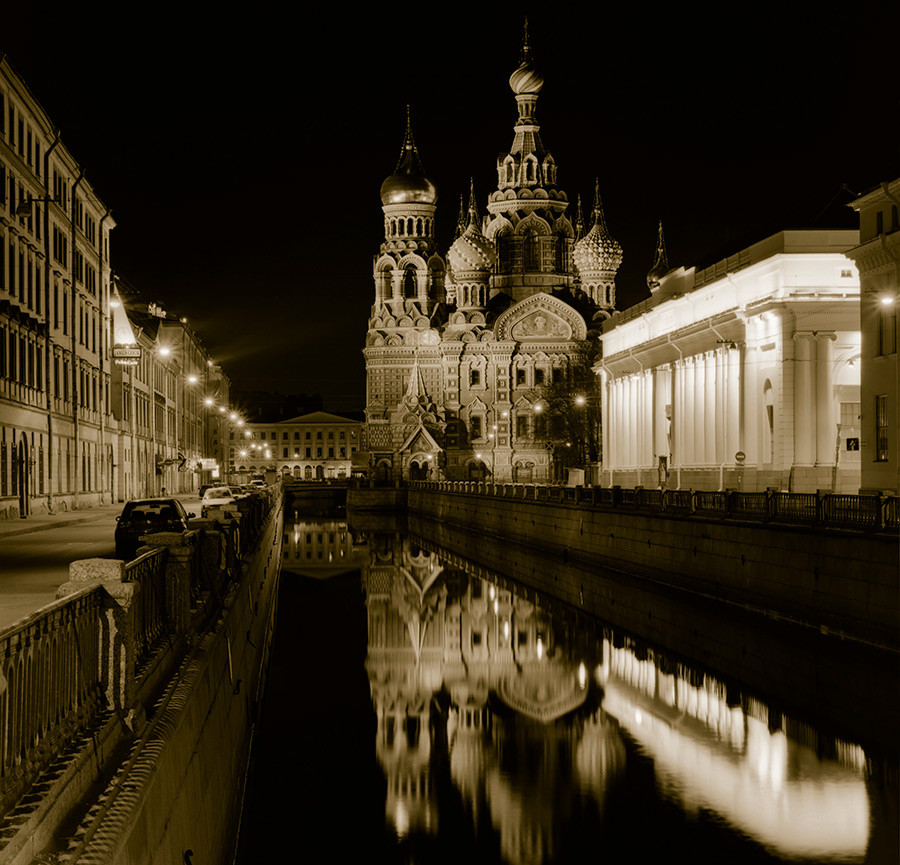 Night, street, lamp, drugstore,
A dull and meaningless light.
Go on and live another quarter century -
Nothing will change. There's no way out.

You'll die, then start from the beginning,
It will repeat, just like before:
Night, icy ripples on a canal,
Drugstore, street, lamp.

Translated by A. Wachtel, I. Kutik and M. Denner

It was Yesenin, the most Russian and most peasant of poets, who made the love of birch trees as a national symbol fashionable. He observed birch trees every day in his homeland - in the village of Konstantinovo in the Ryazan Region - and praised them, as well as rye fields and golden domes of churches. 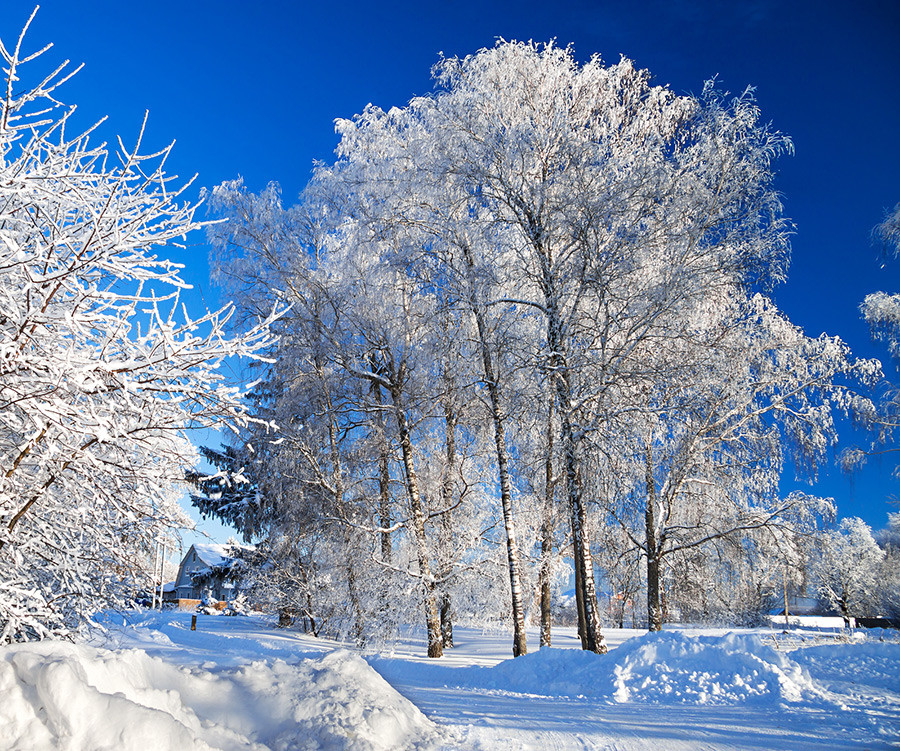 Under my window
Tucked in the snow
White birch retired
Clad in silver glow.

On the fluffy branches
Snowy-trim with silver-tinge
Melted around catkins
Forming white fringe.

Meanwhile, lazily
Strolling around,
Dawn threw more “silver”
On the twigs (and ground).

By the way, many people know another Yesenin's poem by heart, set to music - “Yes! Now it’s decided. No refund ”